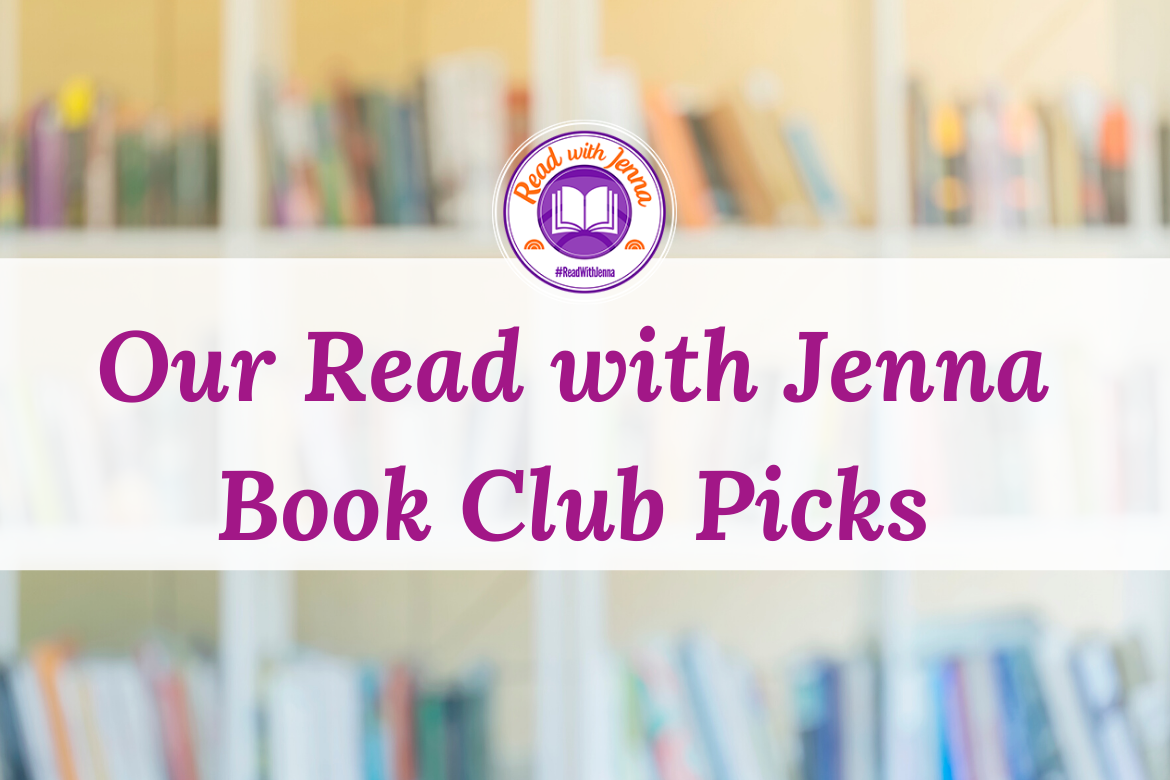 From powerful and emotional women’s fiction to an inspiring and heart-wrenching memoir, with #ReadWithJenna you’re sure to find great picks for your book club.

Check out the Read with Jenna Book Club. 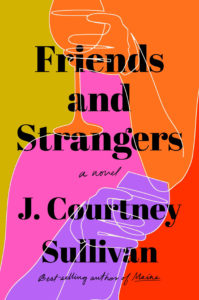 An insightful, hilarious, and compulsively readable novel about a complicated friendship between two women who are at two very different stages in life, from the bestselling author of Maine and Saints for All Occasions.

Elisabeth, an accomplished journalist and new mother, is struggling to adjust to life in a small town after nearly twenty years in New York City. Alone in the house with her infant son all day (and awake with him much of the night), she feels uneasy, adrift. She neglects her work, losing untold hours to her Brooklyn moms’ Facebook group, her “influencer” sister’s Instagram feed, and text messages with the best friend she never sees anymore. Enter Sam, a senior at the local women’s college, whom Elisabeth hires to babysit. Sam is struggling to decide between the path she’s always planned on and a romantic entanglement that threatens her ambition. She’s worried about student loan debt and what the future holds. In short order, they grow close. But when Sam finds an unlikely kindred spirit in Elisabeth’s father-in-law, the true differences between the women’s lives become starkly revealed and a betrayal has devastating consequences. 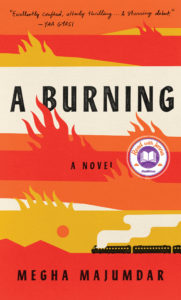 A Burning by Megha Majumdar

For readers of Tommy Orange, Yaa Gyasi, and Jhumpa Lahiri, an electrifying debut novel about three unforgettable characters who seek to rise—to the middle class, to political power, to fame in the movies—and find their lives entangled in the wake of a catastrophe in contemporary India.

Jivan is a Muslim girl from the slums, determined to move up in life, who is accused of executing a terrorist attack on a train because of a careless comment on Facebook. PT Sir is an opportunistic gym teacher who hitches his aspirations to a right-wing political party, and finds that his own ascent becomes linked to Jivan’s fall. Lovely—an irresistible outcast whose exuberant voice and dreams of glory fill the novel with warmth and hope and humor—has the alibi that can set Jivan free, but it will cost her everything she holds dear. 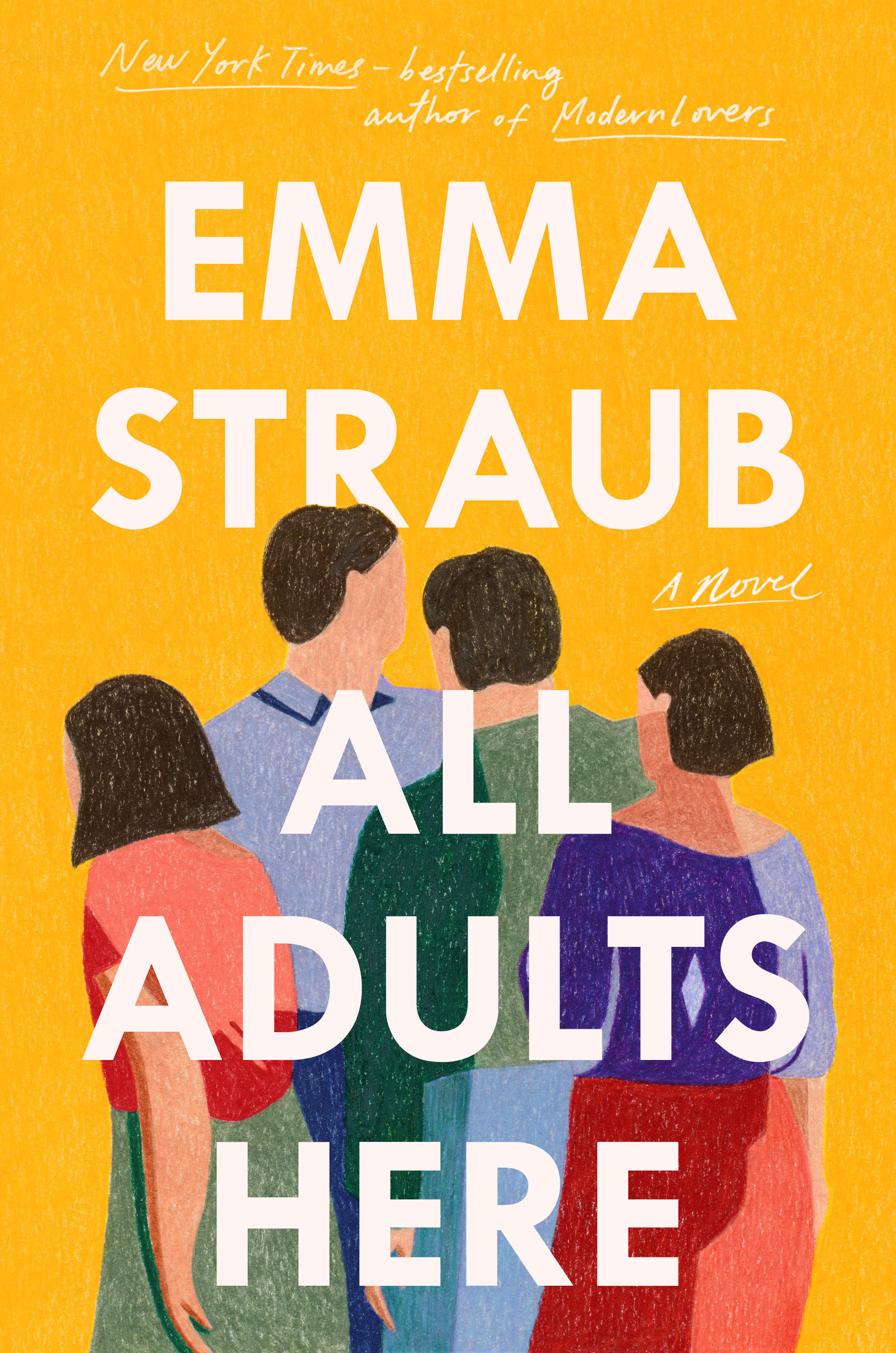 All Adults Here by Emma Straub

A warm, funny, and keenly perceptive novel about the life cycle of one family—as the kids become parents, grandchildren become teenagers, and a matriarch confronts the legacy of her mistakes.

When Astrid Strick witnesses a school bus accident in the center of town, it jostles loose a repressed memory from her young parenting days decades earlier. Suddenly, Astrid realizes she was not quite the parent she thought she’d been to her three, now-grown children. But to what consequence?

Astrid’s youngest son is drifting and unfocused, making parenting mistakes of his own. Her daughter is pregnant yet struggling to give up her own adolescence. And her eldest seems to measure his adult life according to standards no one else shares. But who gets to decide, so many years later, which long-ago lapses were the ones that mattered? Who decides which apologies really count? It might be that only Astrid’s thirteen-year-old granddaughter and her new friend really understand the courage it takes to tell the truth to the people you love the most. 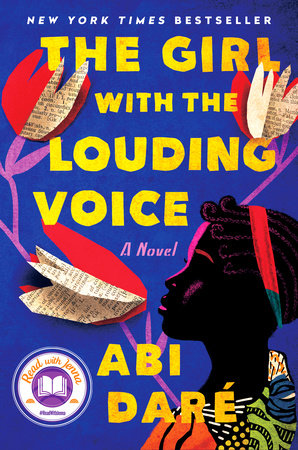 The Girl with the Louding Voice by Abi Daré

A powerful, emotional debut novel told in the unforgettable voice of a young Nigerian woman who is trapped in a life of servitude but determined to fight for her dreams and choose her own future.
Adunni is a fourteen-year-old Nigerian girl who knows what she wants: an education. This, her mother has told her, is the only way to get a “louding voice”–the ability to speak for herself and decide her own future. But instead, Adunni’s father sells her to be the third wife of a local man who is eager for her to bear him a son and heir. When Adunni runs away to the city, hoping to make a better life, she finds that the only other option before her is servitude to a wealthy family. As a yielding daughter, a subservient wife, and a powerless slave, Adunni is told, by words and deeds, that she is nothing. But while misfortunes might muffle her voice for a time, they cannot mute it. And when she realizes that she must stand up not only for herself, but for other girls, for the ones who came before her and were lost, and for the next girls, who will inevitably follow; she finds the resolve to speak, however she can–in a whisper, in song, in broken English–until she is heard. 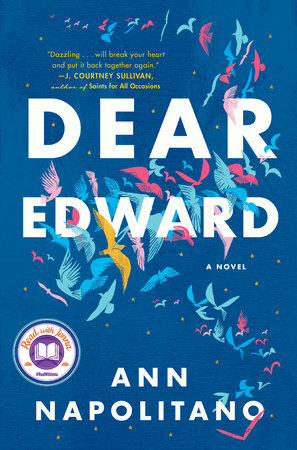 A twelve-year-old boy struggles with the worst kind of fame—as the sole survivor of a notorious plane crash.

One summer morning, twelve-year-old Edward Adler, his beloved older brother, his parents, and 183 other passengers board a flight in Newark headed for Los Angeles. Among them are a Wall Street wunderkind, a young woman coming to terms with an unexpected pregnancy, an injured veteran returning from Afghanistan, a business tycoon, and a free-spirited woman running away from her controlling husband. Halfway across the country, the plane crashes. Edward is the sole survivor.

Edward’s story captures the attention of the nation, but he struggles to find a place in a world without his family. He continues to feel that a part of himself has been left in the sky, forever tied to the plane and all of his fellow passengers. But then he makes an unexpected discovery—one that will lead him to the answers of some of life’s most profound questions: When you’ve lost everything, how do you find the strength to put one foot in front of the other? How do you learn to feel safe again? How do you find meaning in your life? 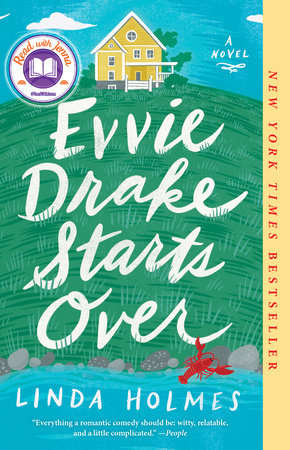 From the host of NPR’s Pop Culture Happy Hour podcast comes a heartfelt debut about the unlikely relationship between a young woman who’s lost her husband and a major league pitcher who’s lost his game.

In a sleepy seaside town in Maine, recently widowed Eveleth “Evvie” Drake rarely leaves her large, painfully empty house nearly a year after her husband’s death in a car crash. Everyone in town, even her best friend, Andy, thinks grief keeps her locked inside, and Evvie doesn’t correct them.

Meanwhile, in New York City, Dean Tenney, former Major League pitcher and Andy’s childhood best friend, is wrestling with what miserable athletes living out their worst nightmares call the “yips”: he can’t throw straight anymore, and, even worse, he can’t figure out why. As the media storm heats up, an invitation from Andy to stay in Maine seems like the perfect chance to hit the reset button on Dean’s future.

When he moves into an apartment at the back of Evvie’s house, the two make a deal: Dean won’t ask about Evvie’s late husband, and Evvie won’t ask about Dean’s baseball career. Rules, though, have a funny way of being broken—and what starts as an unexpected friendship soon turns into something more. To move forward, Evvie and Dean will have to reckon with their pasts—the friendships they’ve damaged, the secrets they’ve kept—but in life, as in baseball, there’s always a chance—up until the last out. 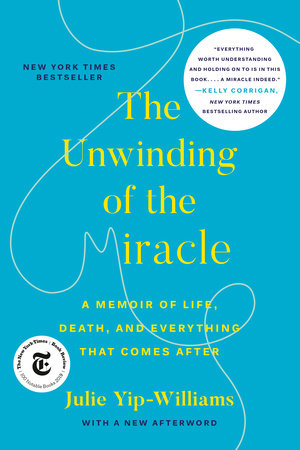 The Unwinding of the Miracle: A Memoir of Life, Death, and Everything That Comes After by Julie Yip-Williams

As a young mother facing a terminal diagnosis, Julie Yip-Williams began to write her story, a story like no other. What began as the chronicle of an imminent and early death became something much more—a powerful exhortation to the living.

That Julie Yip-Williams survived infancy was a miracle. Born blind in Vietnam, she narrowly escaped euthanasia at the hands of her grandmother, only to flee with her family the political upheaval of her country in the late 1970s. Loaded into a rickety boat with three hundred other refugees, Julie made it to Hong Kong and, ultimately, America, where a surgeon at UCLA gave her partial sight. She would go on to become a Harvard-educated lawyer, with a husband, a family, and a life she had once assumed would be impossible. Then, at age thirty-seven, with two little girls at home, Julie was diagnosed with terminal metastatic colon cancer, and a different journey began.

The Unwinding of the Miracle is the story of a vigorous life refracted through the prism of imminent death. When she was first diagnosed, Julie Yip-Williams sought clarity and guidance through the experience and, finding none, began to write her way through it—a chronicle that grew beyond her imagining. Motherhood, marriage, the immigrant experience, ambition, love, wanderlust, tennis, fortune-tellers, grief, reincarnation, jealousy, comfort, pain, the marvel of the body in full rebellion—this book is as sprawling and majestic as the life it records. It is inspiring and instructive, delightful and shattering. It is a book of indelible moments, seared deep—an incomparable guide to living vividly by facing hard truths consciously.