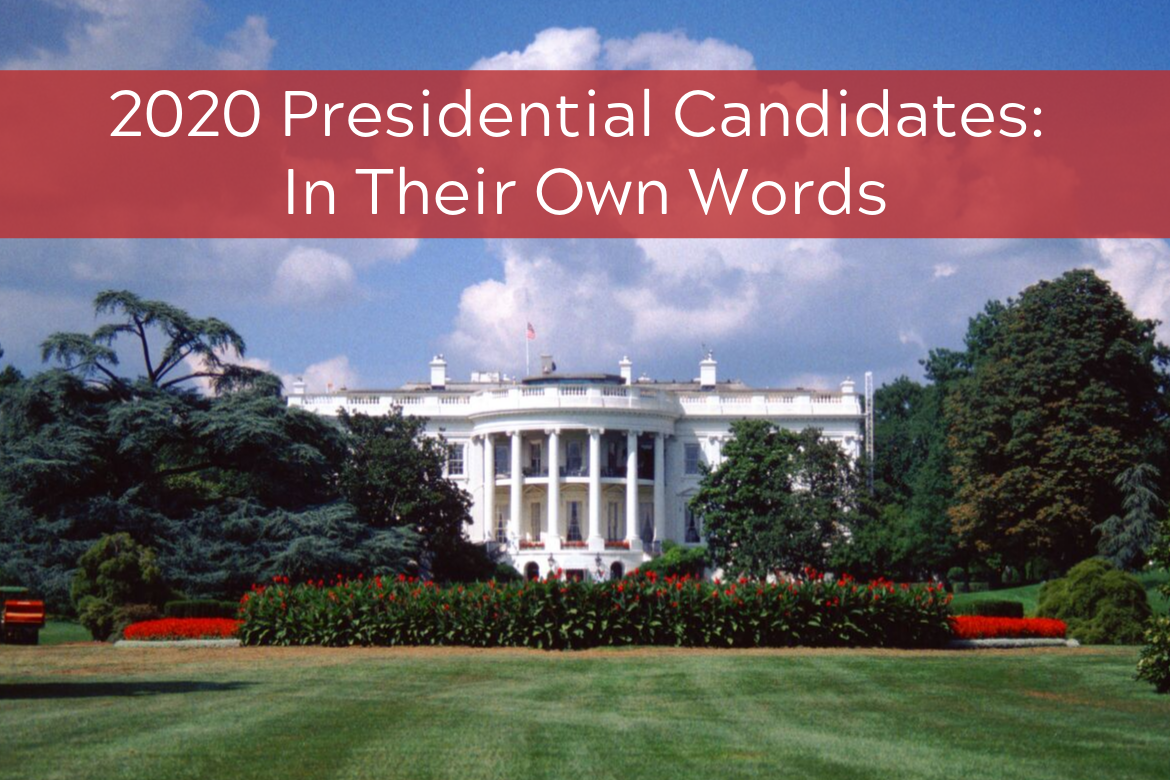 With the next election a little over a year away, it’s time to start thinking about those potential nominees, and sometimes, the best place to start, is with a book. To help, we’ve put together a list of memoirs from some of the 2020 presidential hopefuls. 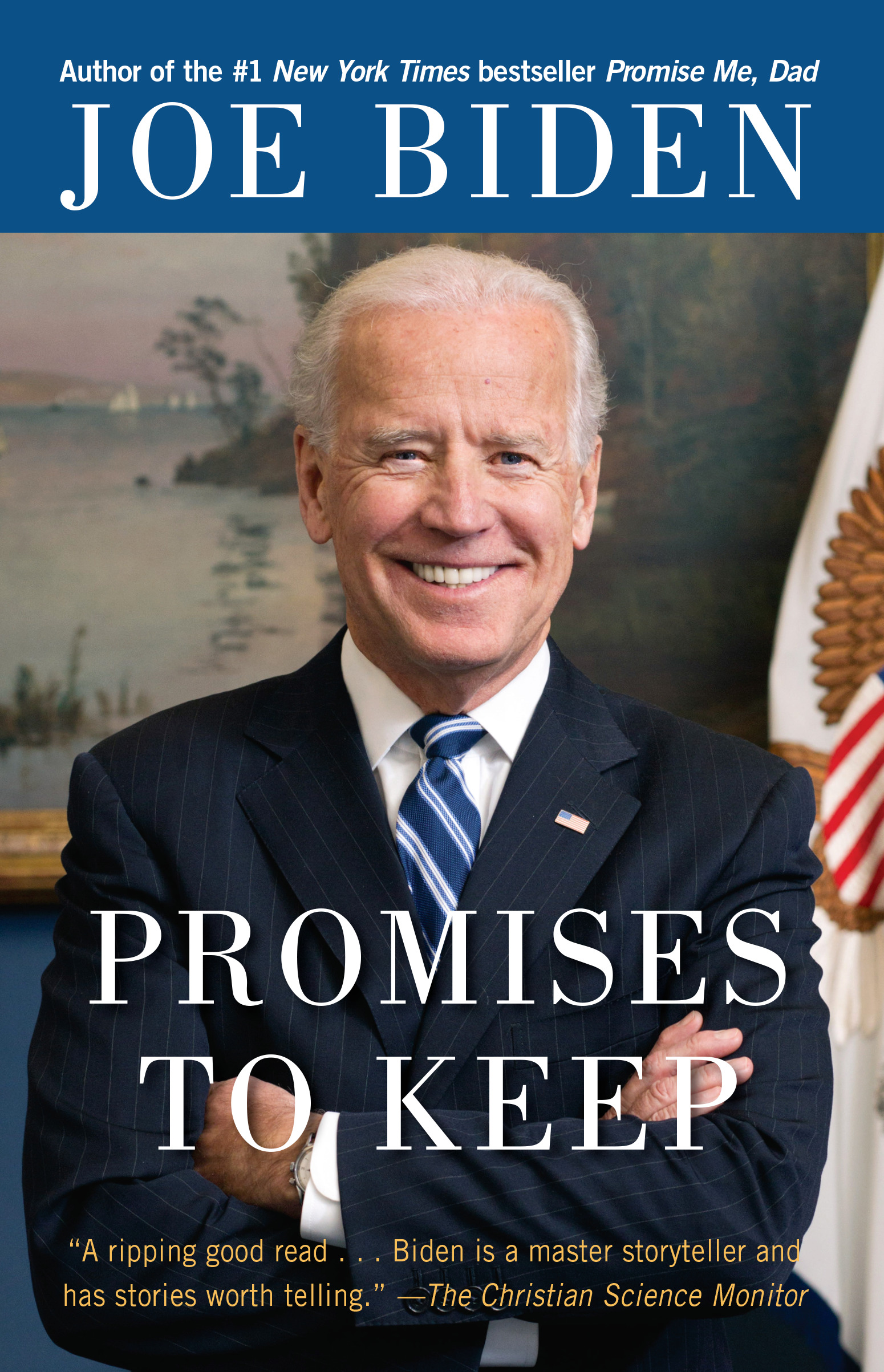 Promises to Keep by Joe Biden

Democratic presidential candidate Joe Biden, the author of Promise Me, Dad, tells the story of his extraordinary life and career prior to his emergence as Barack Obama’s beloved, influential vice president.

Vice President Joe Biden has both witnessed and participated in a momentous epoch of American history. In Promises to Keep, Joe Biden reveals what these experiences taught him about himself, his colleagues, and the institutions of government.

With his customary candor and wit, Biden movingly recounts growing up in a staunchly Catholic multigenerational household in Scranton, Pennsylvania, and Wilmington, Delaware; overcoming personal tragedy, life-threatening illness, and career setbacks; his relationships with presidents, with world leaders, and with lawmakers on both sides of the aisle; and his leadership of powerful Senate committees.

Through these and other recollections, Biden shows us how the guiding principles he learned early in life—to work to make people’s lives better; to honor family and faith; to value persistence, candor, and honesty—are the foundation on which he has based his life’s work as husband, father, and public servant. 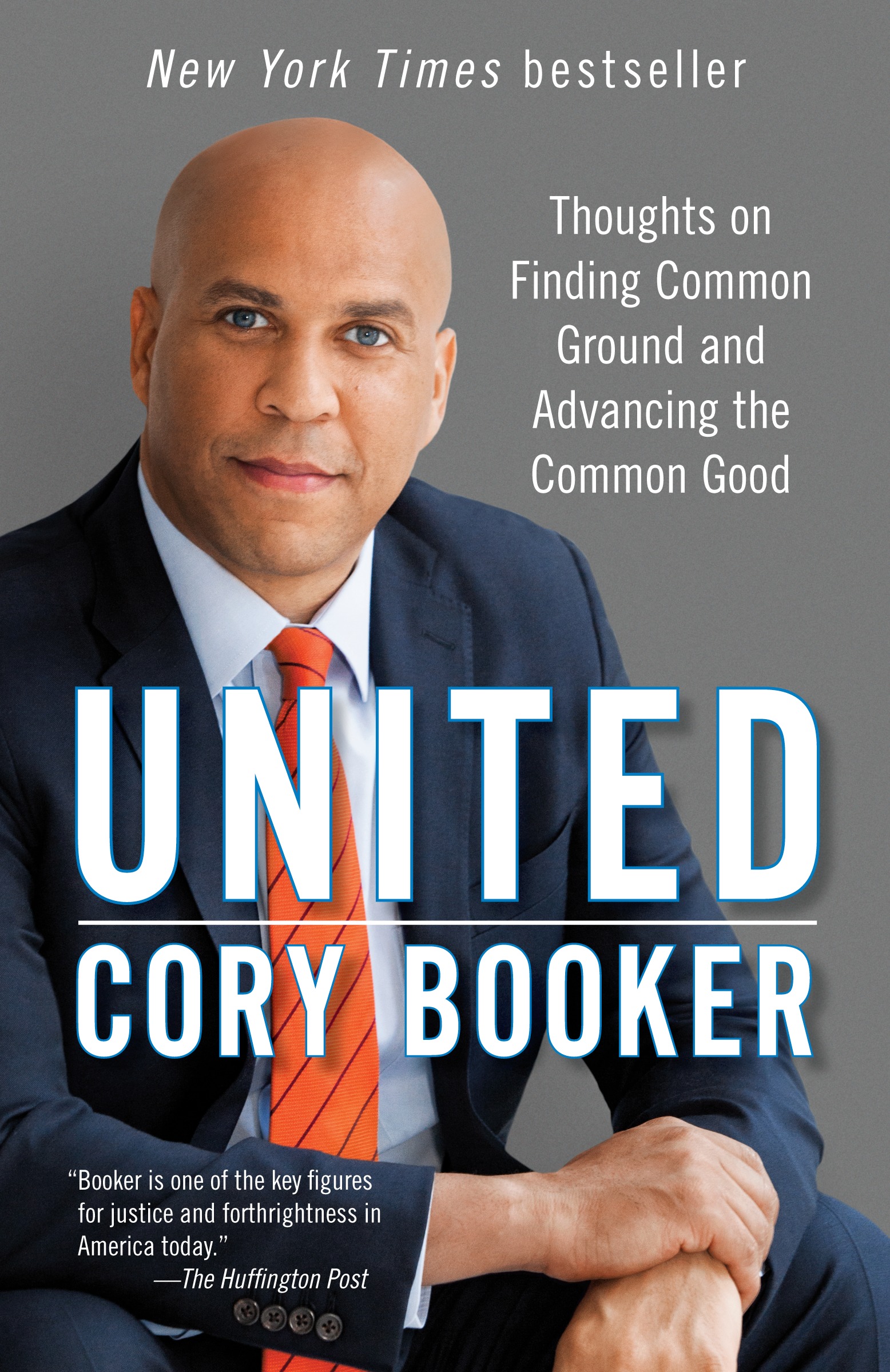 United States Senator and 2020 Democratic presidential candidate Cory Booker makes the case that the virtues of empathy, responsibility, and action must guide our nation toward a brighter future.

In United, Cory Booker draws on personal experience to issue a stirring call to reorient our nation and our politics around the principles of compassion and solidarity. He speaks of rising above despair to engage with hope, pursuing our shared mission, and embracing our common destiny.

Here is his account of his own political education, the moments—some entertaining, some heartbreaking, all of them enlightening—that have shaped his civic vision. Here are the lessons Booker learned from the remarkable people who inspired him to serve, men and women whose example fueled his desire to create opportunities for others. Here also are his observations on the issues he cares about most deeply, from race and crime and the crisis of mass incarceration to economic and environmental justice. The Truths We Hold: An American Journey by Kamala Harris

From one of America’s most inspiring political leaders, a book about the core truths that unite us, and the long struggle to discern what those truths are and how best to act upon them, in her own life and across the life of our country.

Senator Kamala Harris has never hid her passion for justice, and when she became a prosecutor out of law school, a deputy district attorney, she quickly established herself as one of the most innovative change agents in American law enforcement. She progressed rapidly to become the elected District Attorney for San Francisco, and then the chief law enforcement officer of the state of California as a whole. Known for bringing a voice to the voiceless, she took on the big banks during the foreclosure crisis, winning a historic settlement for California’s working families. Neither “tough” nor “soft” but smart on crime became her mantra and that has been the pole star that guided Harris to a transformational career as the top law enforcement official in California, and it is guiding her now as a transformational United States Senator.

By reckoning with the big challenges we face together, drawing on the hard-won wisdom and insight from her own career and the work of those who have most inspired her, Kamala Harris offers in The Truths We Hold a master class in problem solving, in crisis management, and leadership in challenging times. 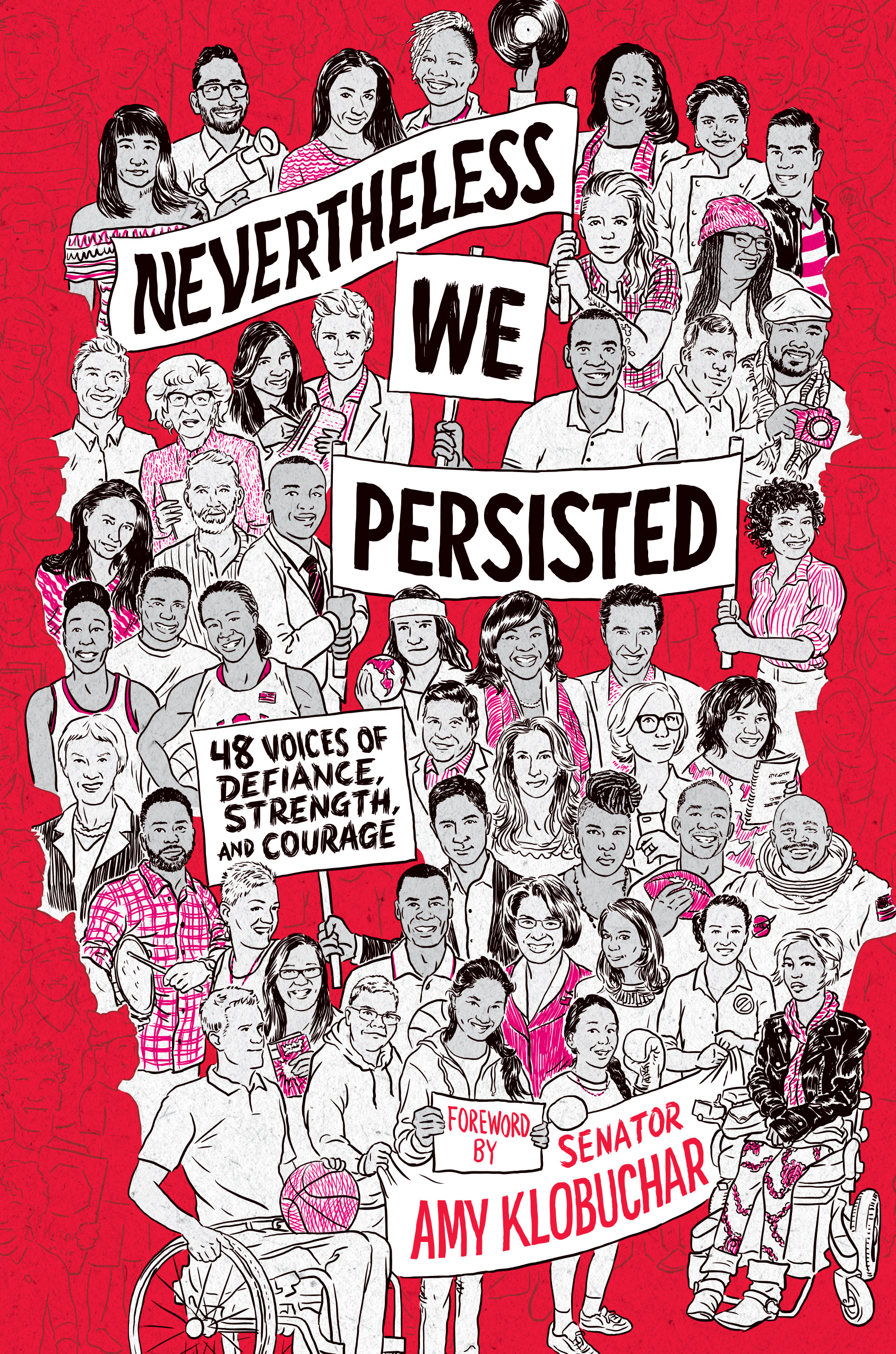 Nevertheless, We Persisted: 48 Voices of Defiance, Strength, and Courage Foreword by Senator Amy Klobuchar; Edited by In This Together Media

A powerful collection of essays from actors, activists, athletes, politicians, musicians, writers, and teens, including Senator Amy Klobuchar, actress Alia Shawkat, actor Maulik Pancholy, poet Azure Antoinette, teen activist Gavin Grimm, and many, many others, each writing about a time in their youth when they were held back because of their race, gender, or sexual identity—but persisted.

What made them rise up through the hate? What made them overcome the obstacles of their childhood to achieve extraordinary success? How did they break out of society’s limited view of who they are and find their way to the beautiful and hard-won lives they live today? With a foreword by Minnesota senator and up-and-coming Democratic party leader Amy Klobuchar, these essays share deeply personal stories of resilience, faith, love, and, yes, persistence. 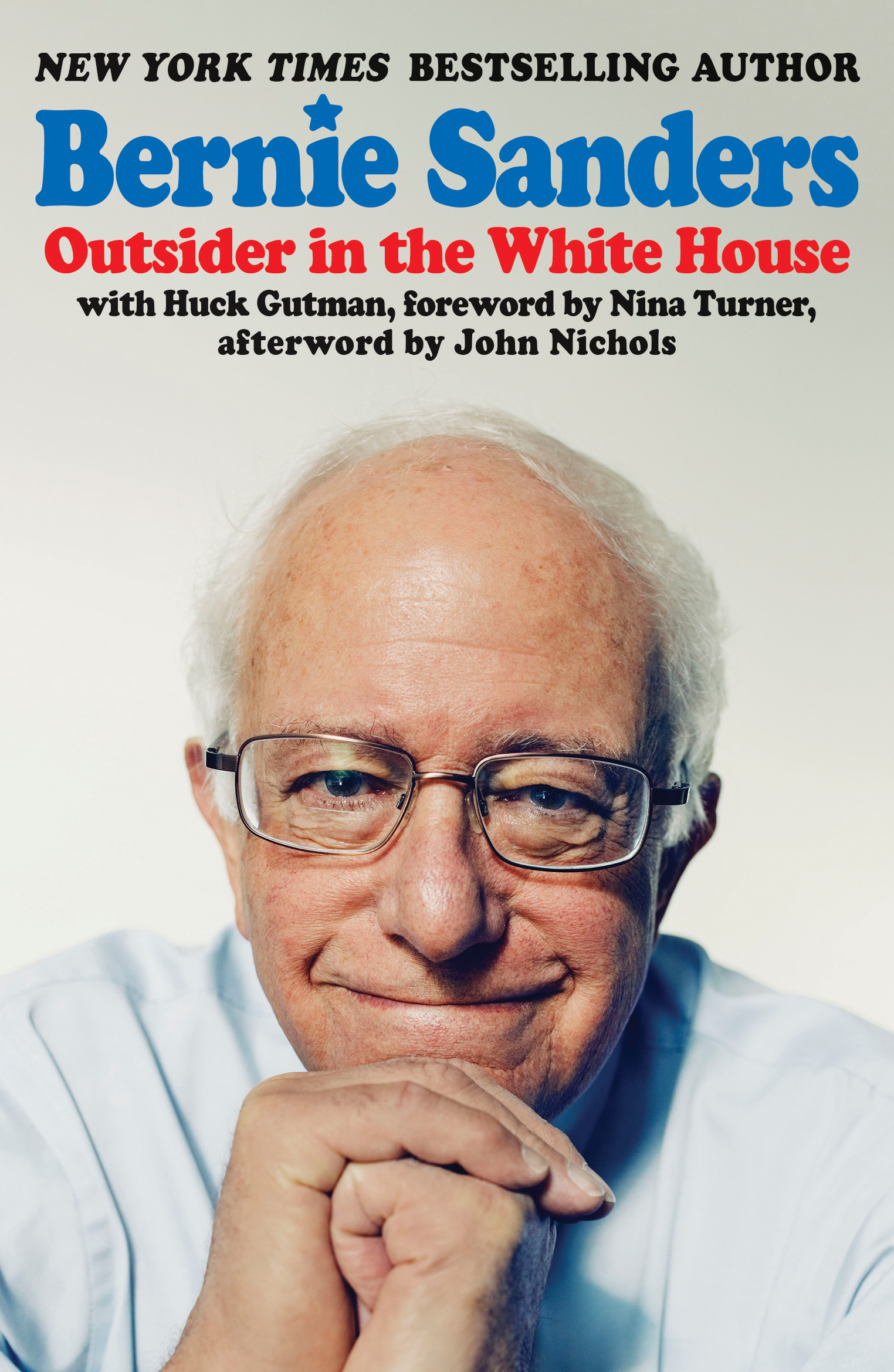 Outsider in the White House by Senator Bernie Sanders

Bernie Sanders’s political autobiography, with an updated afterword that brings his story up to the 2020 presidential campaign

Explaining where he comes from and how his politics were formed, Senator Bernie Sanders describes in detail how, after cutting his teeth in the Civil Rights movement, he helped build an extraordinary grassroots political campaign in Vermont, making it possible for him to become the first independent elected to the US House of Representatives in forty years. He is now the longest-serving independent in US political history.

An extensive afterword by the Nation’s National Affairs correspondent, John Nichols, continues the story with Sanders’s entrance into the Senate, the drama of the 2016 Democratic Primary, his ongoing resistance to Trump, and the thrilling launch of his 2020 bid for the White House. A new foreword by Nina Turner, former president of Our Revolution and co-chair of the Sanders for President campaign, provides a rare glimpse of Bernie as a person. Outsider in the White House is the story of a passionate and principled political life.Bernie Sanders’s political autobiography, with an updated afterword that brings his story up to the 2020 presidential campaign 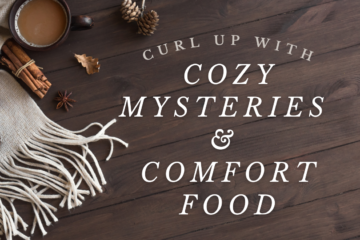