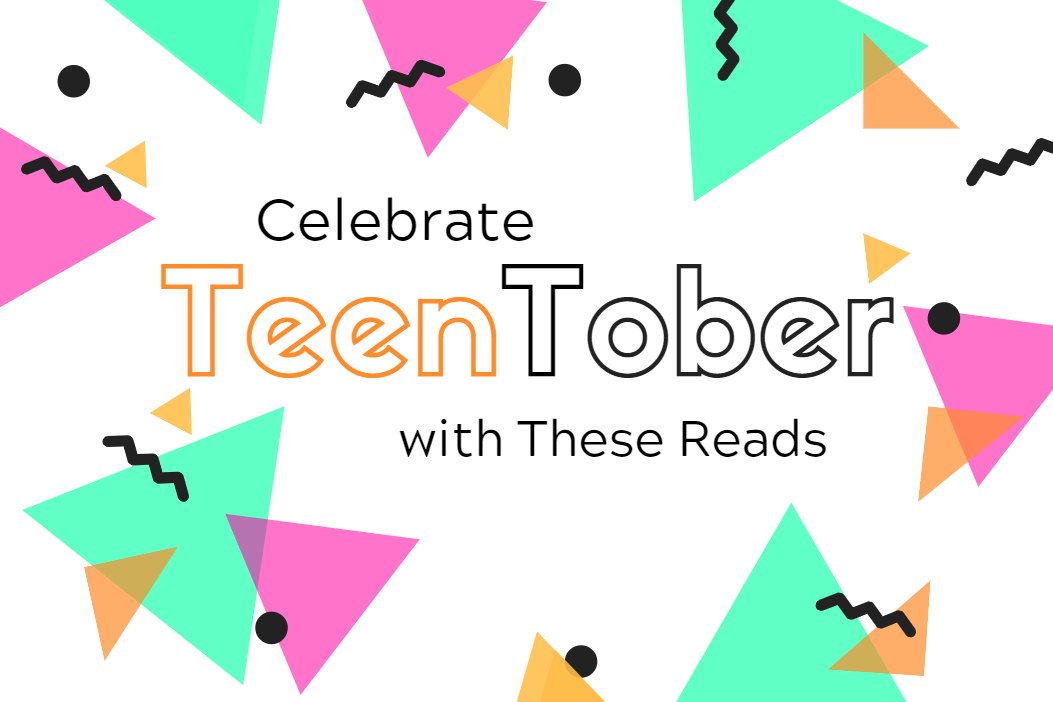 October is now TeenTober! 2019 marks the beginning of a new, nationwide celebration hosted by libraries that aims to celebrate teens, promote year-round teen services and the innovative ways teen services helps teens learn new skills, and fuel their passions in and outside the library during the month of October.

To celebrate, we’ve put together a list of inspiring, relatable and entertaining reads that teens will love. 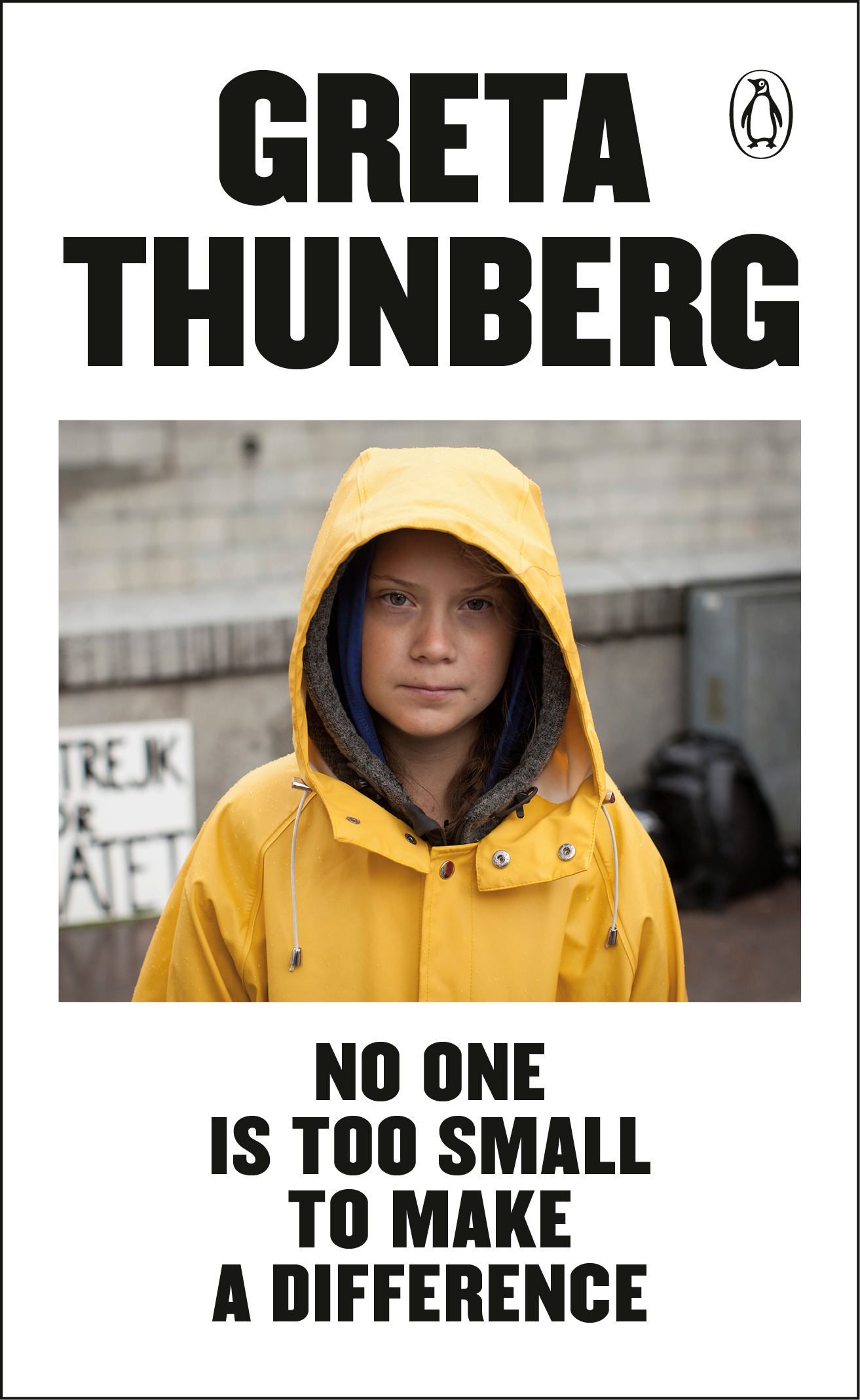 The groundbreaking speeches of Greta Thunberg, the young climate activist who has become the voice of a generation, including her historic address to the United Nations

In August 2018 a fifteen-year-old Swedish girl, Greta Thunberg, decided not to go to school one day in order to protest the climate crisis. Her actions sparked a global movement, inspiring millions of students to go on strike for our planet, forcing governments to listen, and earning her a Nobel Peace Prize nomination.

No One Is Too Small to Make A Difference brings you Greta in her own words, for the first time. Collecting her speeches that have made history across the globe, from the United Nations to Capitol Hill and mass street protests, her book is a rallying cry for why we must all wake up and fight to protect the living planet, no matter how powerless we feel. Our future depends upon it.

Hope Is Our Only Wing by Rutendo Tavengerwei

Set in Zimbabwe, Rutendo Tavengerwei’s unforgettable novel offers a beautiful and honest look at adolescence, friendship, and the capacity for courage.

For fifteen-year-old Shamiso, hope is nothing but a leap into darkness. Grief-stricken and confused after her father’s mysterious death in a car crash, Shamiso moves with her mother from England to Zimbabwe in order to pick up the pieces—returning to an extended family and a world she hardly remembers. For Tanyaradzwa, a classmate whose life has been turned upside down by a cancer diagnosis, hope is the only reason to keep fighting.

As an unexpected friendship blossoms between them and the two girls navigate the increasingly uncertain political situation in Zimbabwe, Tanyaradzwa helps Shamiso confront her fear of loss. In opening herself to someone with a potentially fatal illness, Shamiso knows that she might be opening herself to more pain. Yet Tanyaradzwa is the only one who gives her the strength to ask the burning question: What really happened to her father? 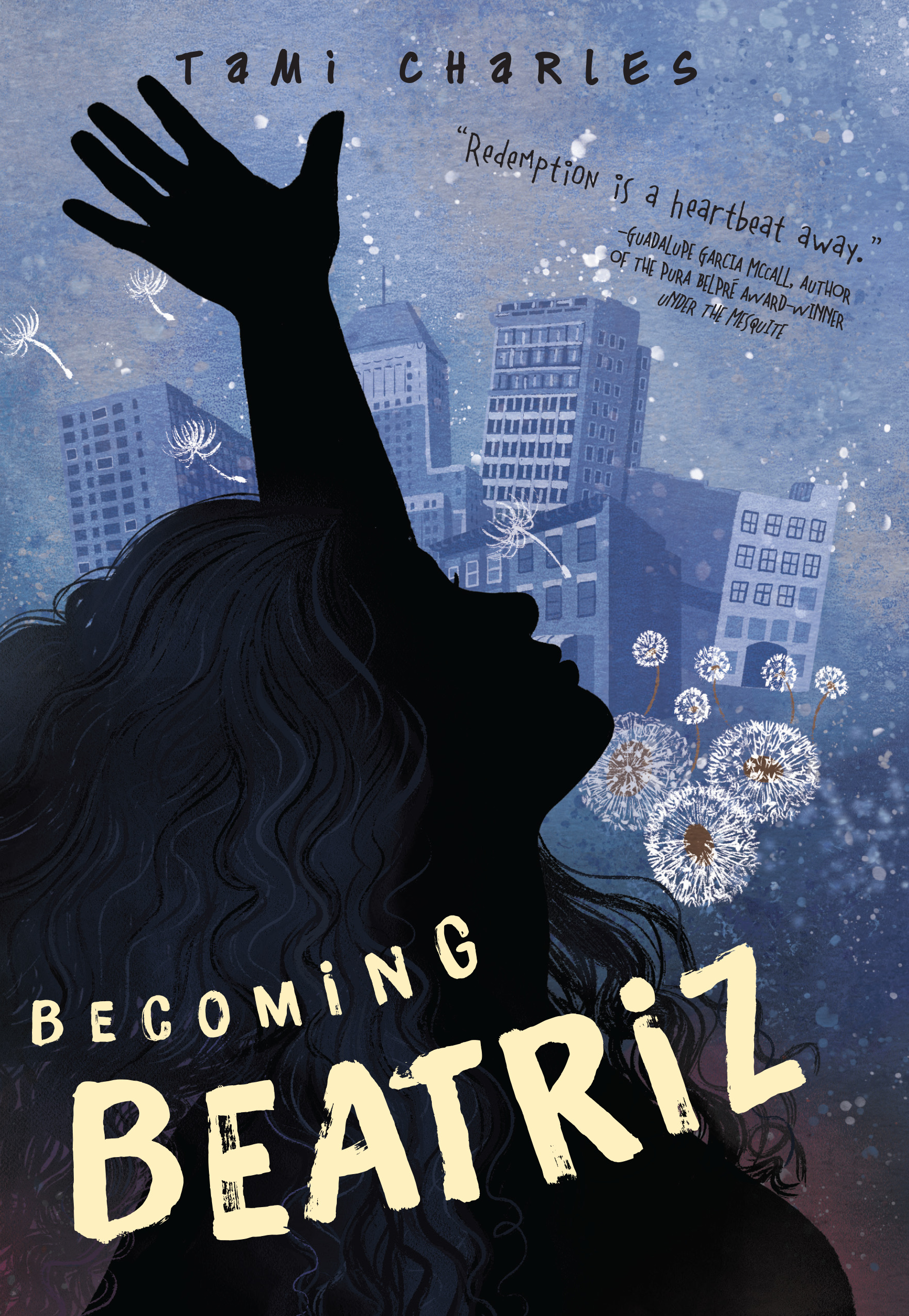 Set in New Jersey in 1984, Beatriz’s story is a timeless one of a teenager’s navigation of romance, her brother’s choices, and her own family’s difficult past. A companion novel to the much-lauded Like Vanessa.

Beatriz dreams of a life spent dancing–until tragedy on the day of her quinceañera changes everything.

Up until her fifteenth birthday, the most important thing in the world to Beatriz Mendez was her dream of becoming a professional dancer and getting herself and her family far from the gang life that defined their days–that and meeting her dance idol Debbie Allen on the set of her favorite TV show, Fame. But after the latest battle in a constant turf war leaves her brother, Junito, dead and her mother grieving, Beatriz has a new set of priorities. How is she supposed to feel the rhythm when her brother’s gang needs running, when her mami can’t brush her own teeth, and when the last thing she can remember of her old self is dancing with her brother, followed by running and gunshots? When the class brainiac reminds Beatriz of her love of the dance floor, her banished dreams sneak back in. Now the only question is: will the gang let her go? 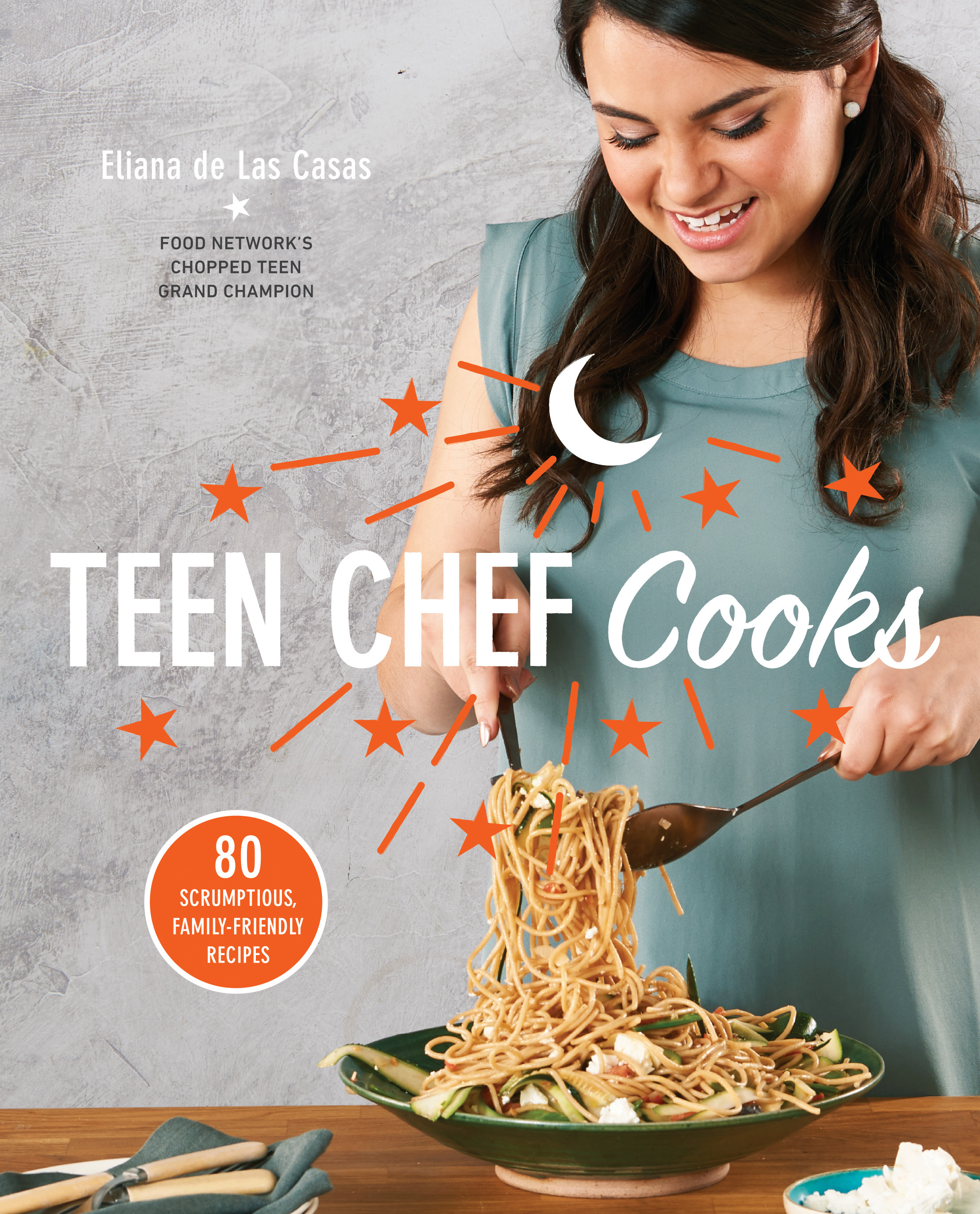 With her newest book, Chef Eliana inspires kids, teens, and families to embrace seasonal cooking and to use fresh, local ingredients when possible. Eliana is particularly in tune with seasonal cooking–she has been working with and performing live cooking demos at farmers’ markets for many years. Arranged by season (spring, summer, fall, and winter) each section of the book will have 20 recipes showcasing the best ingredients of that season. Recipes are divided by ingredient, so with arugula available in the spring you can make an easy skillet lasagna. Use watermelon in the summer to create Watermelon Panzanella; in the fall, extra apples can be baked into an inside-out apple pie, and winter cabbage for Latin Slaw will warm you up in the colder months. Eliana’s mission is to inspire families to cook creatively for themselves and to gain skill and experience in the kitchen so that they live healthier lives. 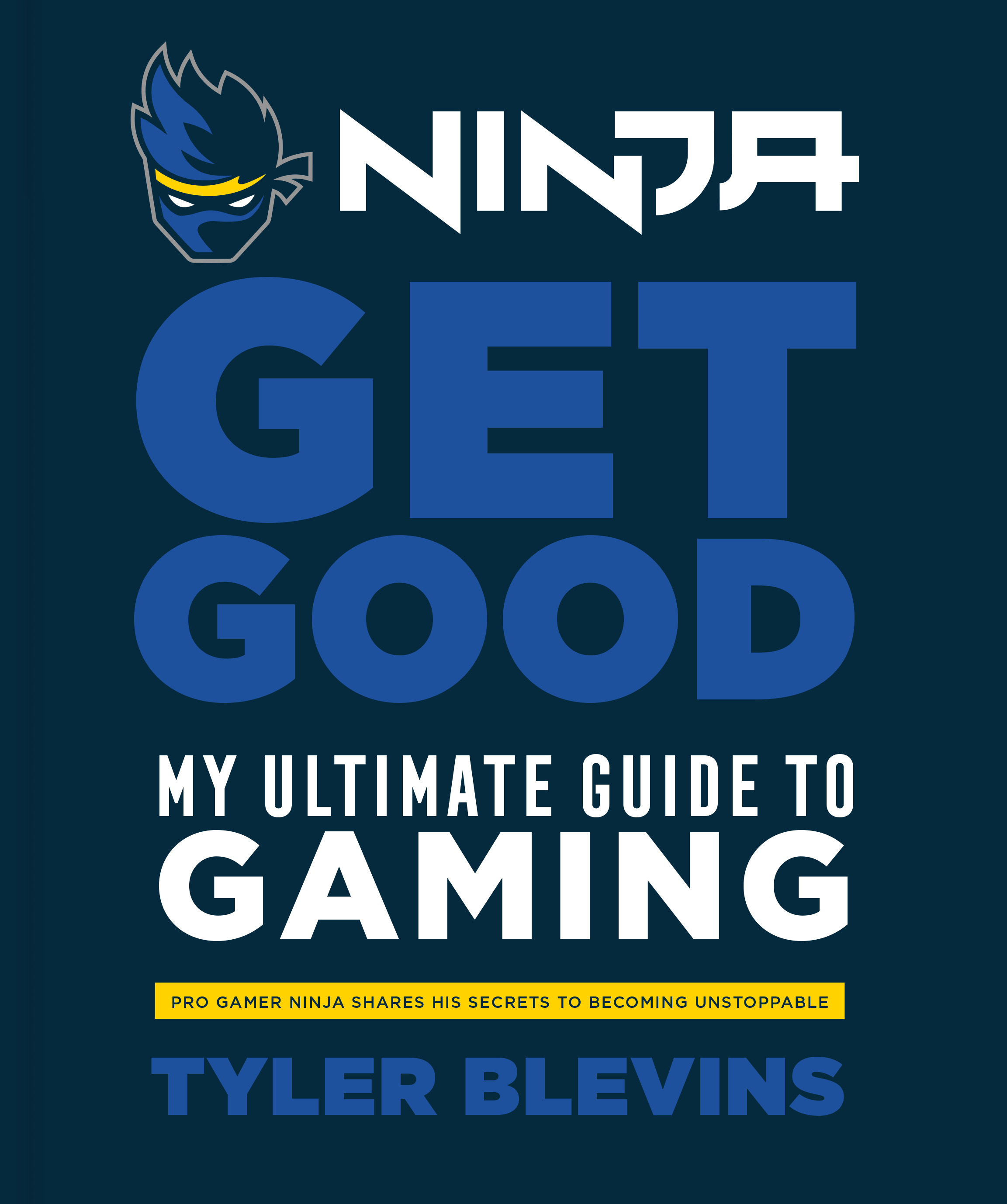 Ninja: Get Good: My Ultimate Guide to Gaming by Tyler “Ninja” Blevins

From one of the leading Fortnite gamers in the world comes your game plan for outclassing the rest at playing video games.

Packed with illustrations, photographs, anecdotes, and insider tips, this complete compendium includes everything Tyler “Ninja” Blevins wishes he knew before he got serious about gaming. Inside you’ll learn how to build a gaming PC, develop strategy, pull together the right team, stream with skill, and much more.

Video games come and go, but Ninja’s lessons are timeless. Pay attention to them and you’ll find that you’re never really starting over when the next big game launches. Who knows—you may even beat him one day. As he says, that’s up to you. 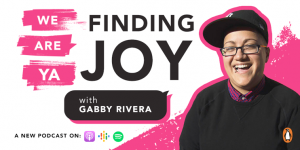 Introducing Penguin Teen’s brand new podcast We Are YA!

Over the next few episodes, host Anna Borges will be talking with the biggest names in YA including Laurie Halse Anderson, Renée Ahdieh and Nina LaCour, as well as fresh debut voices including Kat Cho and Amanda Joy and pop culture personality Akilah Hughes. Here they’ll talk about everything in YA—from mental health and representation to sex and social media.

Click to Listen to the First Episode with Gabby Rivera, author of Juliet Takes a Breath.