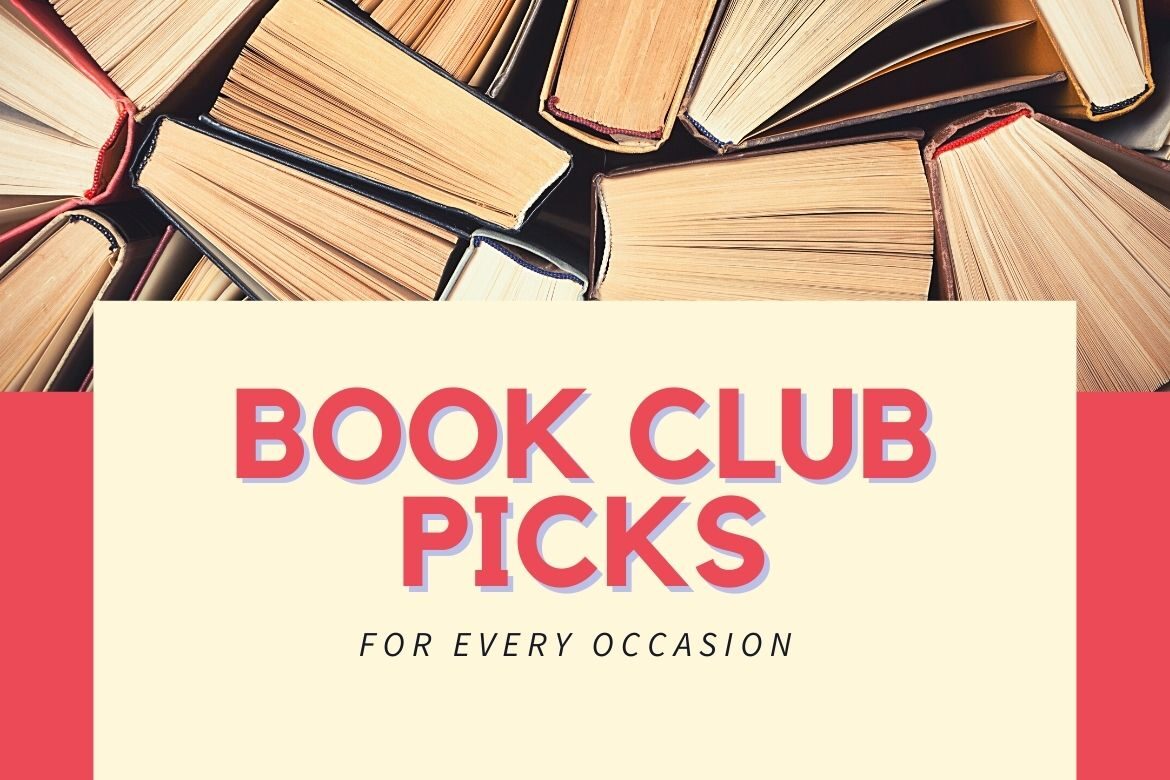 Whether you’re a romance fiend or a fantasy devotee, we have a selection of book club picks for 2022 to satisfy even the pickiest of the genre-obsessed.

For Fans of Romance 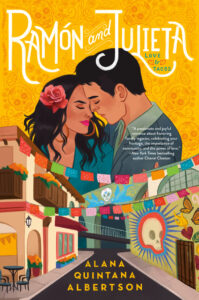 When fate and tacos bring Ramón and Julieta together on the Day of the Dead, the star-crossed pair must make a choice: accept the bitter food rivalry that drives them apart or surrender to a love that consumes them—perfect for fans of Jane the Virgin!

“Ramón and Julieta is a passionate and joyful romance about honoring family legacies, celebrating your heritage, the importance of community, and the power of love. A beautiful novel!”—Chanel Cleeton, New York Times bestselling author 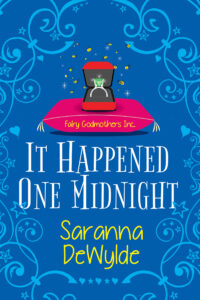 It Happened One Midnight by Saranna DeWylde

Saranna DeWylde brings her trademark mix of quirky charm, sexy comedy, and a touch of magic to the third Fairy Godmothers, Inc. installment, as Ever After, Missouri’s resident fairy godmothers Petunia, Jonquil, and Bluebonnet are doing their best to restore their hometown’s deep well of enchantment by conjuring true love, one happy couple at a time.

For Fans of Mysteries and Thrillers 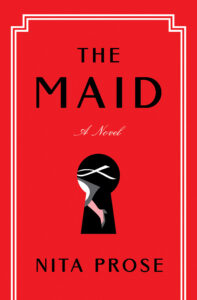 The Maid: A Novel by Nita Prose

A charmingly eccentric hotel maid discovers a guest murdered in his bed. Solving the mystery will turn her once orderly world upside down in this utterly original debut.

“An eccentric and unforgettable sleuth who captivated me and kept me furiously turning the pages.”—Sarah Pearse, New York Times bestselling author of The Sanatorium

“The Maid is a masterful, charming mystery that will touch your heart in ways you could never expect. The endearing, unforgettable Molly reminds us to challenge our assumptions about one another, and shows us how meaningful it is to feel truly seen in the world.”—Ashley Audrain, New York Times bestselling author of The Push 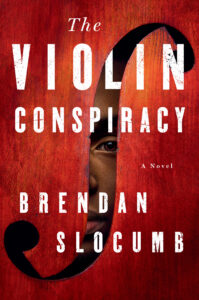 The Violin Conspiracy by Brendan Slocumb

A riveting page-turner about a Black classical musician’s desperate quest to recover his lost violin on the eve of the most prestigious musical competition in the world.

“Finally, classical music gets the complex treatment it deserves. A wide-eyed look at the art form and its discontents.”
—Gary Shteyngart, New York Times bestselling author of Little Failure and Lake Success

For Fans of Women’s Fiction 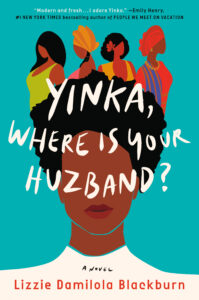 Yinka, Where Is Your Huzband?: A Novel by Lizzie Damilola Blackburn

Meet Yinka: a thirty-something, Oxford-educated, British Nigerian woman with a well-paid job, good friends, and a mother whose constant refrain is “Yinka, where is your huzband?”

“So modern and fresh. Like Bridget Jones, Yinka is a lovable and relatable disaster—which is to say, she isn’t actually a disaster at all…I adore her.”—Emily Henry, #1 New York Times bestselling author of People We Meet on Vacation

“Beautifully observed, warm and deeply human, Yinka, Where Is Your Huzband? is a meditation on family and friendship, on love and self-love. Feel-good, funny and clever, it’s got smash-hit written all over it!”—Josie Silver, New York Times bestselling author of One Day in December 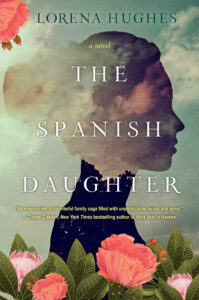 The Spanish Daughter by Lorena Hughes

Set against the lush backdrop of early twentieth century Ecuador and inspired by the real-life history of the coastal town known as the birthplace of cacao, this captivating novel from the award-winning author of The Sisters of Alameda Street tells the story of a resourceful young chocolatier who must impersonate a man in order to claim her birthright . . .

For Fans of Sci-Fi, Fantasy, and Magical Realism 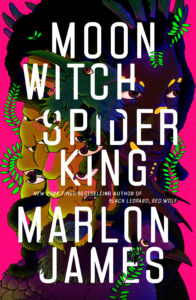 “There’s barely enough space to talk about James’ many inventions. . . .  So much is densely packed into this narrative that it sometimes threatens to leave the reader gasping for breath, especially at the start. But . . . . James’ tale picks up speed with beautifully orchestrated (and ferociously violent) set pieces and language both vivid and poetic. The second part of this trilogy is darker and, in many ways, more moving than its predecessor.” —Kirkus Reviews, starred review 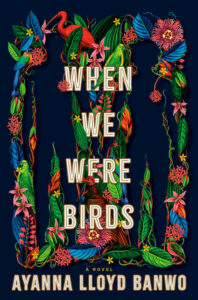 When We Were Birds: A Novel by Ayanna Lloyd Banwo

“Heartwarming and heartbreaking, fantastical and familiar, with characters that burrow their way into your heart and mind . . .  [When We Were Birds] is glorious.”–Robert Jones Jr., New York Times bestselling author of The Prophets

“Combining the richness of myth with razor-sharp observation of contemporary life, When We Were Birds marks the emergence of a distinctive and powerful voice.”—Pat Barker, Booker Prize-winning author of Women of Troy 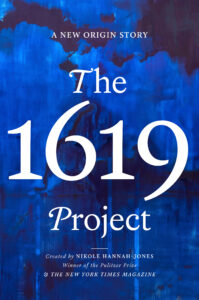 #1 NEW YORK TIMES BESTSELLER • A dramatic expansion of a groundbreaking work of journalism, The 1619 Project: A New Origin Story offers a profoundly revealing vision of the American past and present.

“Those readers open to fresh and startling interpretations of history will find this book a comprehensive education. A much-needed book that stakes a solid place in a battlefield of ideas over America’s past and present.”—Kirkus Reviews, starred review

“Powerful . . . This work asks readers to deeply consider who is allowed to shape the collective memory. Like the magazine version of the 1619 Project, this invaluable book sets itself apart by reframing readers’ understanding of U.S. history, past and present.”—Library Journal, starred review 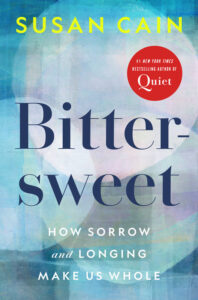 Bittersweet: How Sorrow and Longing Make Us Whole by Susan Cain

In her new masterpiece, the author of the bestselling phenomenon Quiet reveals the power of a bittersweet outlook on life, and why we’ve been so blind to its value.

Cain shows how a bittersweet state of mind is the quiet force that helps us transcend our personal and collective pain. If we don’t acknowledge our own sorrows and longings, she says, we can end up inflicting them on others via abuse, domination, or neglect. But if we realize that all humans know—or will know—loss and suffering, we can turn toward one another. And we can learn to transform our own pain into creativity, transcendence, and connection.At a time of profound discord and personal anxiety, Bittersweet brings us together in deep and unexpected ways.

Watch Susan Cain’s TED Talk About the Power of Introverts.

For Fans of Literary Fiction 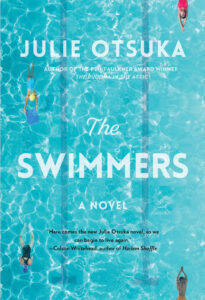 The Swimmers: A Novel by Julie Otsuka

From the best-selling, award-winning author of The Buddha in the Attic and When the Emperor Was Divine comes a novel about what happens to a group of obsessed recreational swimmers when a crack appears at the bottom of their local pool—a tour de force of economy, precision, and emotional power.

“Award-winning, best-selling Otsuka is averaging one book per decade, making each exquisite title exponentially more precious. Here she creates a stupendous collage of small moments that results in an extraordinary examination of the fragility of quotidian human relationships . . . Once more, Otsuka creates an elegiac, devastating masterpiece.”—Booklist, starred review 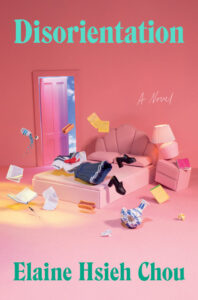 A Taiwanese American woman’s coming-of-consciousness ignites eye-opening revelations and chaos on a college campus in this outrageously hilarious and startlingly tender debut novel.

“Disorientation is a multivalent pleasure, a deeply original debut novel that reinvents the campus novel satire as an Asian American literary studies whodunnit, in which the murder victim might be your idea of yourself—no matter how you identify. . . . Wickedly funny and knowing.—Alexander Chee, How to Write an Autobiographical Novel

“Chou effectively skewers a world that takes itself all too seriously . . . This will charm a wide set of readers, not just those pursuing PhDs.” —Publishers Weekly

For Fans of Historical Fiction 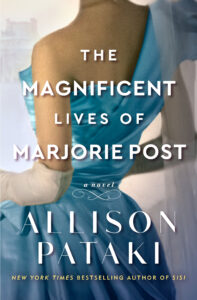 The Magnificent Lives of Marjorie Post: A Novel by Allison Pataki

“Allison Pataki takes the reader on a luxurious ride filled with jet-setting locales and opulent mansions, while deftly revealing how Marjorie Post’s humble beginnings fed her desire to become a new kind of heiress, forging her own way through the world and keenly aware of her legacy.”—Fiona Davis, New York Timesbestselling author of The Lions of Fifth Avenue

“This marvelous novel kept me up way past my bedtime, following Marjorie Post from one magnificent decade to the next. What a life! I just had to be there with the Post cereal heiress through every twist and turn—wanting so desperately for her to triumph.”—Martha Hall Kelly, New York Times bestselling author of Lilac Girls 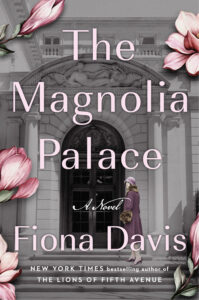 The Magnolia Palace: A Novel by Fiona Davis

Fiona Davis, New York Times bestselling author of The Lions of Fifth Avenue, returns with a tantalizing novel about the secrets, betrayal, and murder within one of New York City’s most impressive Gilded Age mansions.

“Davis adeptly interweaves two compelling story lines to shine a light on another NYC landmark …. This is historical fiction at its best, with well-developed characters, detail, art history, and mystery.”—Library Journal, starred review

“Rich with family drama, tangled romance, cryptic clues and long-buried secrets, The Magnolia Palace is sure to be loved by Fiona Davis’s devoted and new readers alike. A can’t-miss for anyone who has sauntered through an art museum and found themselves tempted to peek behind a painting or two…”—Sarah Penner, New York Times bestselling author of The Lost Apothecary 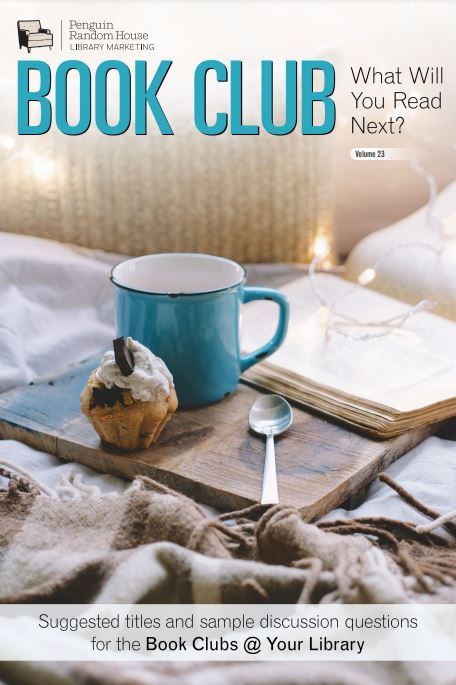