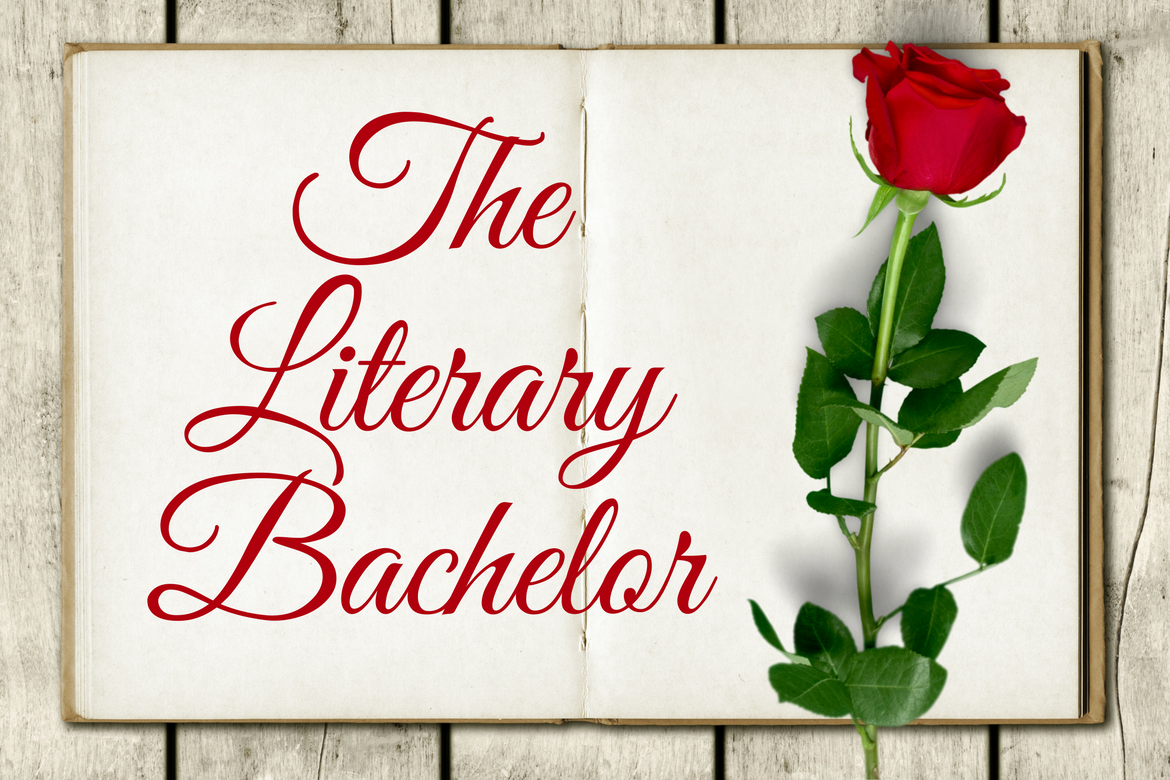 There’s no doubt that Arie Luyendyk Jr., this season’s leading man on ABC’s The Bachelor, is a catch. But what about all of those literary gentlemen we’ve been smitten with through the years (don’t deny it)? Below are some of our most memorable literary crushes. They would definitely receive our roses.

The Literary Men of Our Dreams: 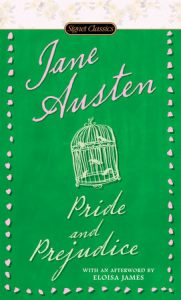 Mr. Darcy was unanimously voted #1 on this list—and with good reason.

Spirited Elizabeth Bennet is one of a family of five daughters, and with no male heir, the Bennet estate must someday pass to their priggish cousin William Collins. Therefore, the girls must marry well—and thus is launched the story of Elizabeth and the arrogant, yet beloved, bachelor Mr. Darcy, in a novel renowned as the epitome of romance and wit. Pride and Prejudice is an entertaining portrait of matrimonial rites and rivalries, timeless in its hilarity and its honesty. 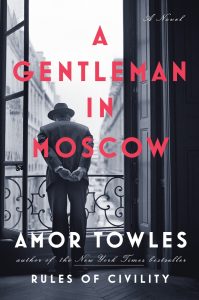 Count Alexander Rostov, A Gentleman in Moscow by Amor Towles

Once you open the pages of this book, you’ll be under the spell of Count Rostov’s elegance and wit.

In 1922, Count Alexander Rostov is deemed an unrepentant aristocrat by a Bolshevik tribunal, and is sentenced to house arrest in the Metropol, a grand hotel across the street from the Kremlin. Rostov, an indomitable man of erudition and wit, has never worked a day in his life, and must now live in an attic room while some of the most tumultuous decades in Russian history are unfolding outside the hotel’s doors. Unexpectedly, his reduced circumstances provide him entry into a much larger world of emotional discovery. 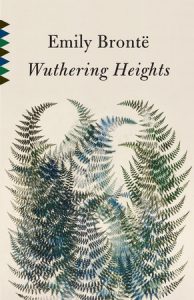 Published in 1847, the year before Emily Brontë’s death at the age of thirty, Wuthering Heights has proved to be one of the nineteenth century’s most popular yet disturbing masterpieces. The windswept moors are the unforgettable setting of this tale of the love between the foundling Heathcliff and his wealthy benefactor’s daughter, Catherine. Through Catherine’s betrayal of Heathcliff and his bitter vengeance, their mythic passion haunts the next generation even after their deaths. 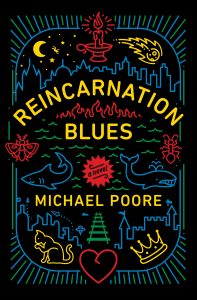 Milo has had 9,995 chances so far and has just five more lives to earn a place in the cosmic soul. If he doesn’t make the cut, oblivion awaits. But all Milo really wants is to fall forever into the arms of Death. Or Suzie, as he calls her.

More than just Milo’s lover throughout his countless layovers in the Afterlife, Suzie is literally his reason for living—as he dives into one new existence after another, praying for the day he’ll never have to leave her side again.

But Reincarnation Blues is more than a great love story: Every journey from cradle to grave offers Milo more pieces of the great cosmic puzzle—if only he can piece them together in time to finally understand what it means to be part of something bigger than infinity. As darkly enchanting as the works of Neil Gaiman and as wisely hilarious as Kurt Vonnegut’s, Michael Poore’s Reincarnation Blues is the story of everything that makes life profound, beautiful, absurd, and heartbreaking. 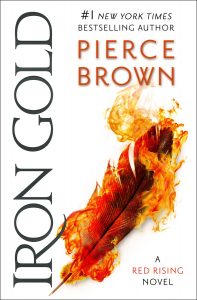 A decade ago Darrow was the hero of the revolution he believed would break the chains of the Society. But the Rising has shattered everything: Instead of peace and freedom, it has brought endless war. Now he must risk all he has fought for on one last desperate mission. Darrow still believes he can save everyone, but can he save himself?

And throughout the worlds, other destinies entwine with Darrow’s to change his fate forever. A young Red girl flees tragedy in her refugee camp, and achieves for herself a new life she could never have imagined, an ex-soldier broken by grief is forced to steal the most valuable thing in the galaxy—or pay with his life, and Lysander au Lune, the heir in exile to the Sovereign, wanders the stars with his mentor, Cassius, haunted by the loss of the world that Darrow transformed, and dreaming of what will rise from its ashes. 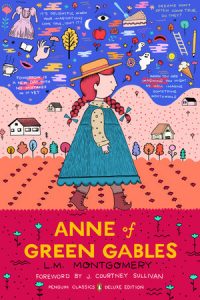 The perfect man for the chronically romantic.

L. M. Montgomery’s novel Anne of Green Gables recounts the adventures of Anne Shirley, an 11-year-old orphan mistakenly sent to a pair of siblings who intended to adopt a boy to help work on their farm in Prince Edward Island. Yet Anne’s quirky personality and good-natured spirit causes the siblings to grow to love her anyway, and soon the entire town falls for the precocious little girl with bright red hair.

Cherished by both children and adults, Anne of Green Gables is a celebration of fierce individualism, and the families we create, rather than the ones we are born into. 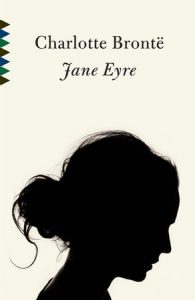 “I saw it in your eyes when I first beheld you: their expression and smile did not—did not strike delight to my very inmost heart so for nothing.”

Charlotte Brontë’s most beloved novel describes the passionate love between the courageous orphan Jane Eyre and the brilliant, brooding, and domineering Rochester. The loneliness and cruelty of Jane’s childhood strengthens her natural independence and spirit, which prove invaluable when she takes a position as a governess at Thornfield Hall. But after she falls in love with her sardonic employer, her discovery of his terrible secret forces her to make a heart-wrenching choice. 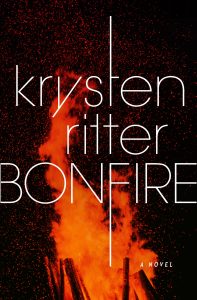 It has been ten years since Abby Williams left home and scrubbed away all visible evidence of her small-town roots. Now working as an environmental lawyer in Chicago, she has a thriving career, a modern apartment, and her pick of meaningless one-night stands.

But when a new case takes her back home to Barrens, Indiana—and her old boyfriend Brent— the life Abby painstakingly created begins to crack. Tasked with investigating Optimal Plastics, the town’s most high-profile company and economic heart, Abby begins to find strange connections to Barrens’s biggest scandal from more than a decade ago, involving the popular Kaycee Mitchell and her closest friends—just before Kaycee disappeared for good.

Abby knows the key to solving any case lies in the weak spots, the unanswered questions. Conflicted with feelings for Brent, Abby tries desperately to find out what really happened to Kaycee, but troubling memories begin to resurface and she begins to doubt her own observations and emotions. And when she unearths an even more disturbing secret—a ritual called “The Game”—it will threaten reputations, and lives, in the community and risk exposing a darkness that may consume her. 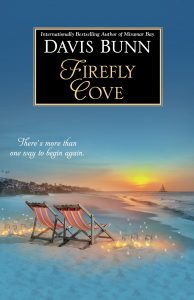 You’ll fall in love with Lucius.

Since the age of seven, Lucius Quarterfield has known he is dying. Doctors told him he had a “bad ticker” and might not live to see his next birthday. But somehow, the frail yet determined boy managed to hang on and surprise everyone. The bullies who teased him. The family who neglected him. The professionals who offered little hope for a normal life. To their surprise, Lucius not only survived to adulthood, he thrived, turning a small car dealership into a successful chain. But now, at twenty-eight, his time is finally running out. So he’s returning to the one place he ever felt happy, near the only woman he ever truly wanted. 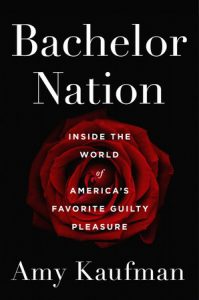 Indulge in the secrets behind the real-life Bachelor franchise, America’s favorite guilty pleasure.

Bachelor Nation is the first behind-the-scenes, unauthorized look into the reality television phenomenon. Los Angeles Times journalist Amy Kaufman is a proud member of Bachelor Nation and has a long history with the franchise–ABC even banned her from attending show events after her coverage of the program got a little too real for its liking. She has interviewed dozens of producers, contestants, and celebrity fans to give readers never-before-told details of the show’s inner workings: what it’s like to be trapped in the mansion “bubble”; dark, juicy tales of producer manipulation; and revelations about the alcohol-fueled debauchery that occurs long before the fantasy suite.

Kaufman also explores what our fascination means, culturally: what the show says about the way we view so-called ideal suitors, our subconscious yearning for fairy-tale romance, and how this enduring television show has shaped society’s feelings about love, marriage, and feminism by appealing to a marriage plot that’s as old as Jane Austen. 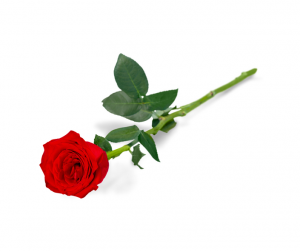 Who Would You Give Your Rose To?

Take our poll and see who wins this “season” of The Literary Bachelor!

Enter Our Valentine’s Day Sweeps to Win a Blind Date with a Book!