Find Time to Read with these Short Stories 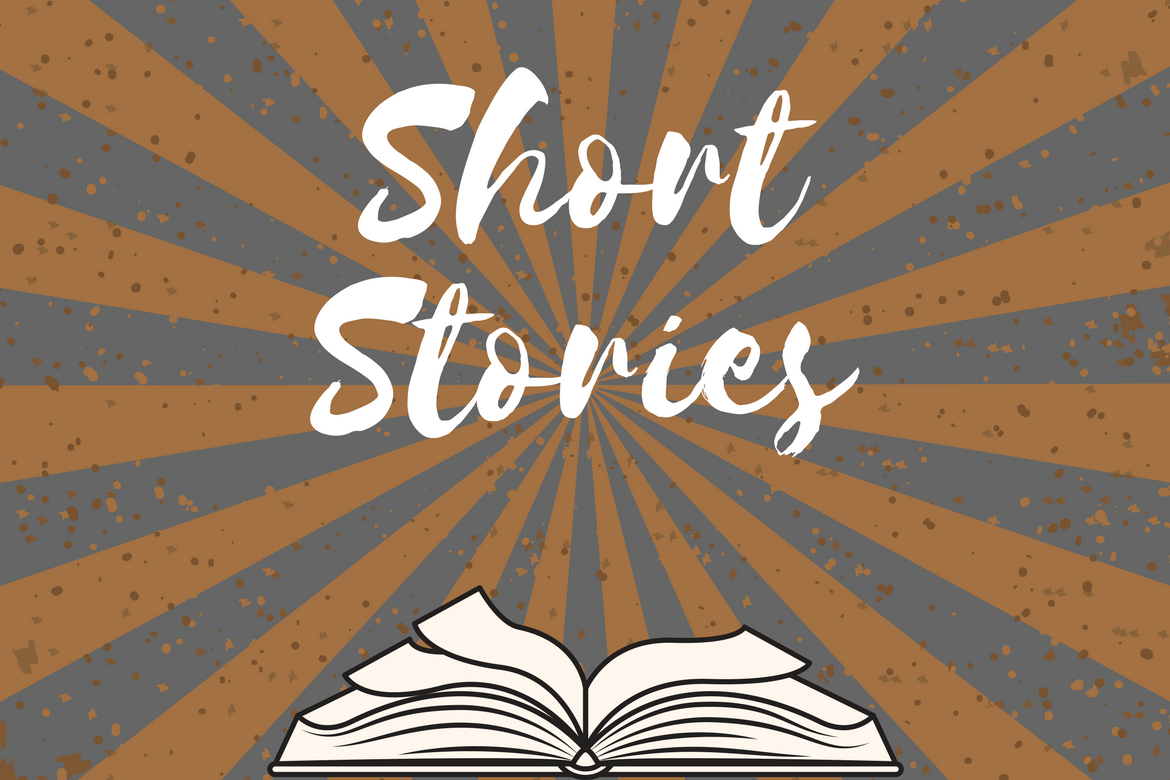 Can’t fit reading into your hectic schedule? Indulge in this list of short stories that you can read in bite-sized chunks—whenever you have the time. 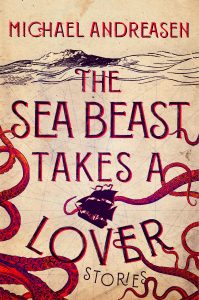 The Sea Beast Takes a Lover by Michael Andreasen

Bewitching and playful, with its feet only slightly tethered to the world we know, The Sea Beast Takes a Lover explores hope, love, and loss across a series of surreal landscapes and wild metamorphoses.

Just because Jenny was born without a head doesn’t mean she isn’t still annoying to her older brother, and just because the Man of the Future’s carefully planned extramarital affair ends in alien abduction and network fame doesn’t mean he can’t still pine for his absent wife. Romping through the fantastic with big-hearted ease, these stories cut to the core of what it means to navigate family, faith, and longing, whether in the form of a lovesick kraken slowly dragging a ship of sailors into the sea, a small town euthanizing its grandfathers in a time-honored ritual, or a third-grade field trip learning that time travel is even more wondrous–and more perilous–than they might imagine.

Andreasen’s stories are simultaneously daring and deeply familiar, unfolding in wildly inventive worlds that convey our common yearning for connection and understanding. With a captivating voice, The Sea Beast Takes a Lover uses the supernatural and extraordinary to expose us at our most human. 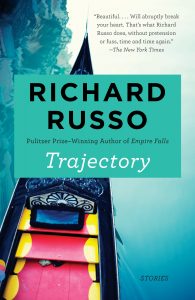 Shot through with Russo’s inimitable humor, wisdom, and surprise, Trajectory is a masterful collection.

The characters in these four expansive stories are a departure from the blue-collar denizens that populate so many of Richard Russo’s novels; and all are bound together by parallel moments of reckoning with their pasts. In “Horseman,” a young professor confronts an undergraduate plagiarist—as well as her own regrets. In “Intervention,” a realtor facing a serious medical prognosis finds himself in his late father’s shadow. “Voice” gives us a semiretired academic who is conned by his estranged brother into joining a group tour of the Venice Biennale. And “Milton and Marcus” takes us into a lapsed novelist’s attempt to rekindle his screenwriting career—a career that depends wholly, at a crucial moment, on two Hollywood icons (one living, one dead). 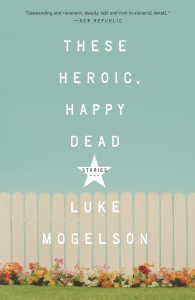 Mogelson provides an unsentimental, unflinching glimpse into the lives of those forever changed by war. Subtle links between these ten powerful stories magnify the consequences of combat for both soldiers and civilians, as the violence experienced abroad echoes through their lives in America.

Troubled veterans first introduced as criminals in “To the Lake” and “Visitors” are shown later in “New Guidance” and “Kids,” during the deployments that shaped their futures. A seemingly minor soldier in “New Guidance” becomes the protagonist of “A Human Cry,” where his alienation from society leads to a shocking confrontation. The fate of a hapless Gulf War veteran who reenlists in “Sea Bass” is revealed in “Peacetime,” the story of a New York City medic’s struggle with his inurement to calamity. A shady contractor job gone wrong in “A Beautiful Country” is a news item for a reporter in “Total Solar,” as he navigates the surreal world of occupied Kabul. Shifting in time and narrative perspective—from the home front to active combat, between experienced leaders, flawed infantrymen, a mother, a child, an Afghan-American translator, and a foreign correspondent–these stories offer a multifaceted examination of the unexpected costs of war. 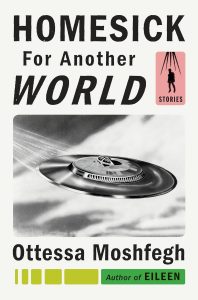 Homesick for Another World by Ottessa Moshfegh

Moshfegh is particularly held in awe for her short stories. Homesick for Another World is the rare case where an author’s short story collection is if anything more anticipated than her novel.

And for good reason. There’s something eerily unsettling about Ottessa Moshfegh’s stories, something almost dangerous, while also being delightful, and even laugh-out-loud funny. Her characters are all unsteady on their feet in one way or another; they all yearn for connection and betterment, though each in very different ways, but they are often tripped up by their own baser impulses and existential insecurities.

Homesick for Another World is a master class in the varieties of self-deception across the gamut of individuals representing the human condition. But part of the unique quality of her voice, the echt Moshfeghian experience, is the way the grotesque and the outrageous are infused with tenderness and compassion. The flesh is weak; the timber is crooked; people are cruel to each other, and stupid, and hurtful. But beauty comes from strange sources. And the dark energy surging through these stories is powerfully invigorating. We’re in the hands of an author with a big mind, a big heart, blazing chops, and a political acuity that is needle-sharp. The needle hits the vein before we even feel the prick. 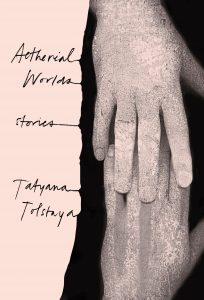 From one of modern Russia’s finest writers, a spellbinding collection of eighteen stories, her first to be translated into English in more than twenty years.

Ordinary realities and yearnings to transcend them lead to miraculous other worlds in this dazzling collection of stories. A woman’s deceased father appears in her dreams with clues about the afterlife; a Russian professor in a small American town constructs elaborate fantasies during her cigarette break; a man falls in love with a marble statue as his marriage falls apart; a child glimpses heaven through a stained-glass window.

With the emotional insight of Chekhov, the surreal satire of Gogol, and a unique blend of humor and poetry all her own, Tolstaya transmutes the quotidian into aetherial alternatives. These tales, about politics, identity, love, and loss, cut to the core of the Russian psyche, even as they lay bare human universals. Tolstaya’s characters–seekers all–are daydreaming children, lonely adults, dislocated foreigners in unfamiliar lands. Whether contemplating the strategic complexities of delivering telegrams in Leningrad or the meditative melancholy of holiday aspic, vibrant inner lives and the grim elements of existence are registered in equally sharp detail in a starkly bleak but sympathetic vision of life on earth. 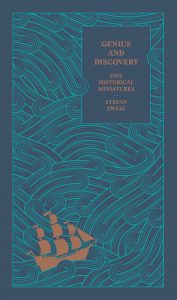 Genius and Discovery by Stefan Zweig

Five vivid dramatizations of some of the most pivotal episodes in human history.

From “Flight into Immortality”: Vasco Núñez de Balboa’s quest to be the first European to see the Pacific Ocean to “The Resurrection of George Frederic Handel”: Handel falls into depression until a poet sends him an inspirational work and “The Genius of a Night”: Captain Rouget writes La Marseillaise, the song which is to become the French national anthem to “The Discovery of El Dorado”: John Sutter founds New Helvetia in western America and attempts to keep it.

With breathlessly dramatic historical sketches, Genius and Discovery brings the past to life in brilliant technicolor. 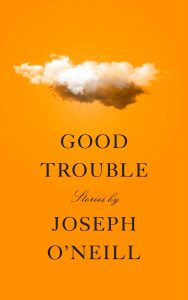 A masterly collection of eleven stories about the way we live now from the best-selling author of Netherland.

From bourgeois facial-hair trends to parental sleep deprivation, Joseph O’Neill closely observes the mores of his characters, whose vacillations and second thoughts expose the mysterious pettiness, underlying violence, and, sometimes, surprising beauty of ordinary life in the early twenty-first century. A lonely wedding guest talks to a goose; two poets struggle over whether to participate in a “pardon Edward Snowden” verse petition; a cowardly husband lets his wife face a possible intruder in their home; a potential co-op renter in New York City can’t find anyone to give him a character reference.

On the surface, these men and women may be in only mild trouble, but in these perfectly made, fiercely modern stories O’Neill reminds us of the real, secretly political consequences of our internal monologues. No writer is more incisive about the strange world we live in now; the laugh-out-loud vulnerability of his people is also fodder for tears. 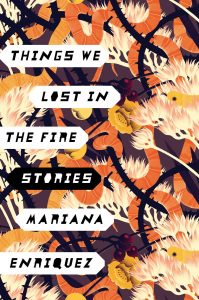 Things We Lost in the Fire by Mariana Enriquez

In these stories, reminiscent of Shirley Jackson and Julio Cortázar, three young friends distract themselves with drugs and pain in the midst a government-enforced blackout; a girl with nothing to lose steps into an abandoned house and never comes back out; to protest a viral form of domestic violence, a group of women set themselves on fire.

But alongside the black magic and disturbing disappearances, these stories are fueled by compassion for the frightened and the lost, ultimately bringing these characters—mothers and daughters, husbands and wives—into a surprisingly familiar reality. Written in hypnotic prose that gives grace to the grotesque, Things We Lost in the Fire is a powerful exploration of what happens when our darkest desires are left to roam unchecked, and signals the arrival of an astonishing and necessary voice in contemporary fiction. 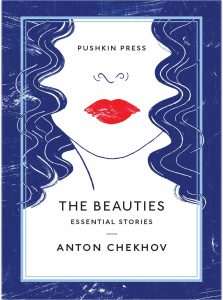 The Beauties by Anton Chekhov

New translations of the greatest stories by the Russian master of the form.

Without doubt one of the greatest observers of human nature in all its messy complexity, Chekhov’s short stories are exquisite masterpieces in miniature. His work ranged from the light-hearted comic tales of his early years to some of the most achingly profound stories ever composed, and this variety of tone and temper is collected in this collection.

Chekhov wrote stories throughout his writing career, and this selection has been chosen from amongst his life’s work, including many of his greatest works, alongside unfamiliar discoveries, all newly translated. From the masterpiece of minimalism ‘The Beauties’, to the beloved classic ‘The Lady with the Little Dog’, and from ‘Rothschild’s Fiddle’ to bitterly funny ‘A Living Chronicle’, the stories collected here are the essential collection of Chekhov’s greatest tales. 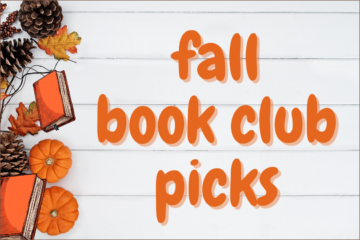