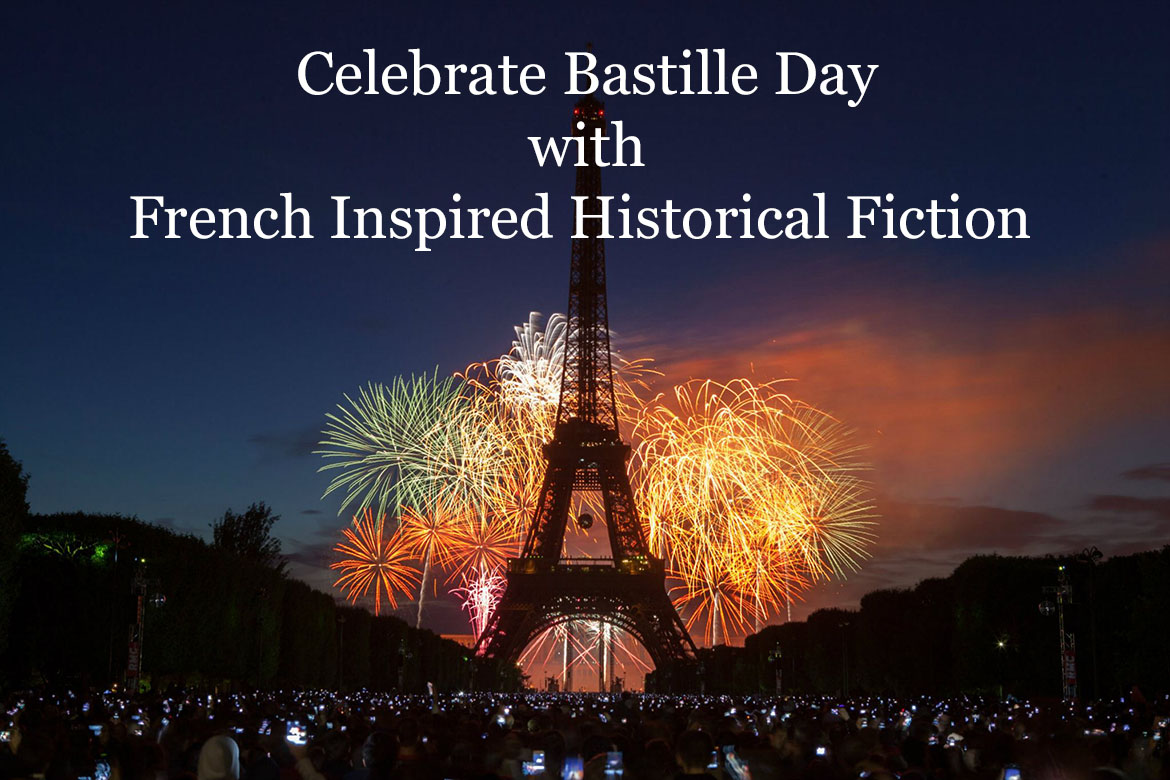 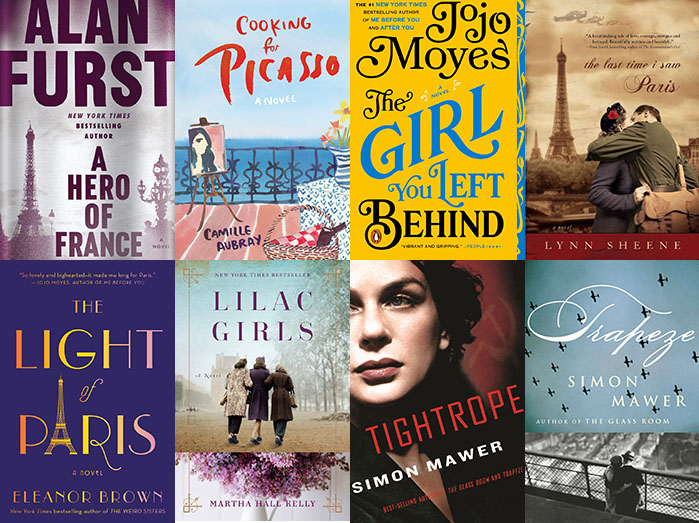 The French National Day commemorates the Storming of the Bastille on July 14, 1789, an important event in Paris in a violent revolution began two days earlier, as well as the Fête de la Fédération which celebrated the unity of the French people on July 14, 1790. 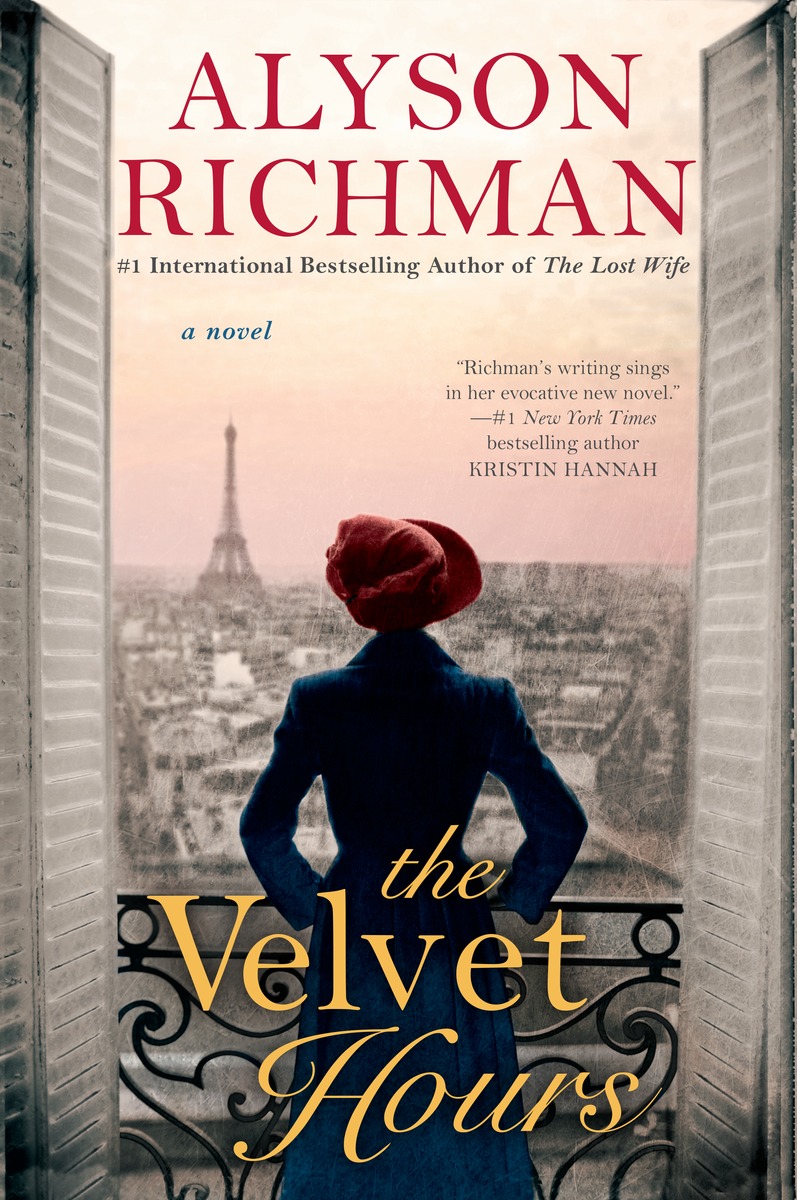 weepstakes for The Velvet Hours by Alyson Richman

As Paris teeters on the edge of the German occupation, a young French woman closes the door to her late grandmother’s treasure-filled apartment, unsure if she’ll ever return.

A Hero of France by Alan Furst
1941. The City of Light is dark and silent at night. But in Paris and in the farmhouses, barns, and churches of the French countryside, small groups of ordinary men and women are determined to take down the occupying forces of Adolf Hitler. Mathieu, a leader of the French Resistance, leads one such cell, helping downed British airmen escape back to England.

Cooking for Picasso by Camille Aubray
The French Riviera, spring 1936: It’s off-season in the lovely seaside village of Juan-les-Pins, where seventeen-year-old Ondine cooks with her mother in the kitchen of their family-owned Café Paradis. A mysterious new patron who’s slipped out of Paris and is traveling under a different name has made an unusual request—to have his lunch served to him at the nearby villa he’s secretly rented, where he wishes to remain incognito.

The Girl You Left Behind by Jojo Moyes
Paris, 1916. Sophie Lefèvre must keep her family safe while her adored husband, Édouard, fights at the front. When their town falls to the Germans in the midst of World War I, Sophie is forced to serve them every evening at her hotel. From the moment the new Kommandant sets eyes on Sophie’s portrait—painted by her artist husband—a dangerous obsession is born, one that will lead Sophie to make a dark and terrible decision. Almost a century later, Sophie’s portrait hangs in the home of Liv Halston, a wedding gift from her young husband before his sudden death. After a chance encounter reveals the portrait’s true worth, a battle begins over its troubled history.

The Last Time I Saw Paris by Lynn Sheene
In exchange for false identity papers, Claire agrees to aid the French Resistance. Despite the ever-present danger, she comes to love the enduring beauty of the City of Light, exploring it in the company of Thomas Grey, a mysterious Englishman working with the Resistance. Claire’s bravery and intelligence make her a valuable operative, and slowly her values shift as she witnesses the courageous spirit of the Parisians.

The Light of Paris by Eleanor Brown
In Madeleine’s memories, her grandmother Margie is the kind of woman she should have been—elegant, reserved, perfect. But when Madeleine finds a diary detailing Margie’s bold, romantic trip to Jazz Age Paris, she meets the grandmother she never knew: a dreamer who defied her strict, staid family and spent an exhilarating summer writing in cafés, living on her own, and falling for a charismatic artist. Madeleine then creates her own Parisian summer—reconnecting to her love of painting, cultivating a vibrant circle of creative friends, and finding a kindred spirit in a down-to-earth chef who reminds her to feed both her body and her heart.

Lilac Girls by Martha Hall Kelly
New York socialite Caroline Ferriday has her hands full with her post at the French consulate and a new love on the horizon. But Caroline’s world is forever changed when Hitler’s army invades Poland in September 1939—and then sets its sights on France.

Tightrope by Simon Mawer
As Allied forces close in on Berlin in spring 1945, a solitary figure emerges from the wreckage that is Germany. It is Marian Sutro, whose existence was last known to her British controllers in autumn 1943 in Paris. One of a handful of surviving agents of the Special Operations Executive, she has withstood arrest, interrogation, incarceration, and the horrors of Ravensbrück concentration camp, but at what cost?

Trapeze by Simon Mawer
A fascinating blend of fact and fiction, Trapeze is both an old-fashioned adventure story and a modern exploration of a young woman’s growth into adulthood. There is violence, and there is love. There is death and betrayal, deception and revelation. But above all there is Marian Sutro, an ordinary young woman who, like her real-life counterparts in the SOE, did the most extraordinary things at a time when the ordinary was not enough.