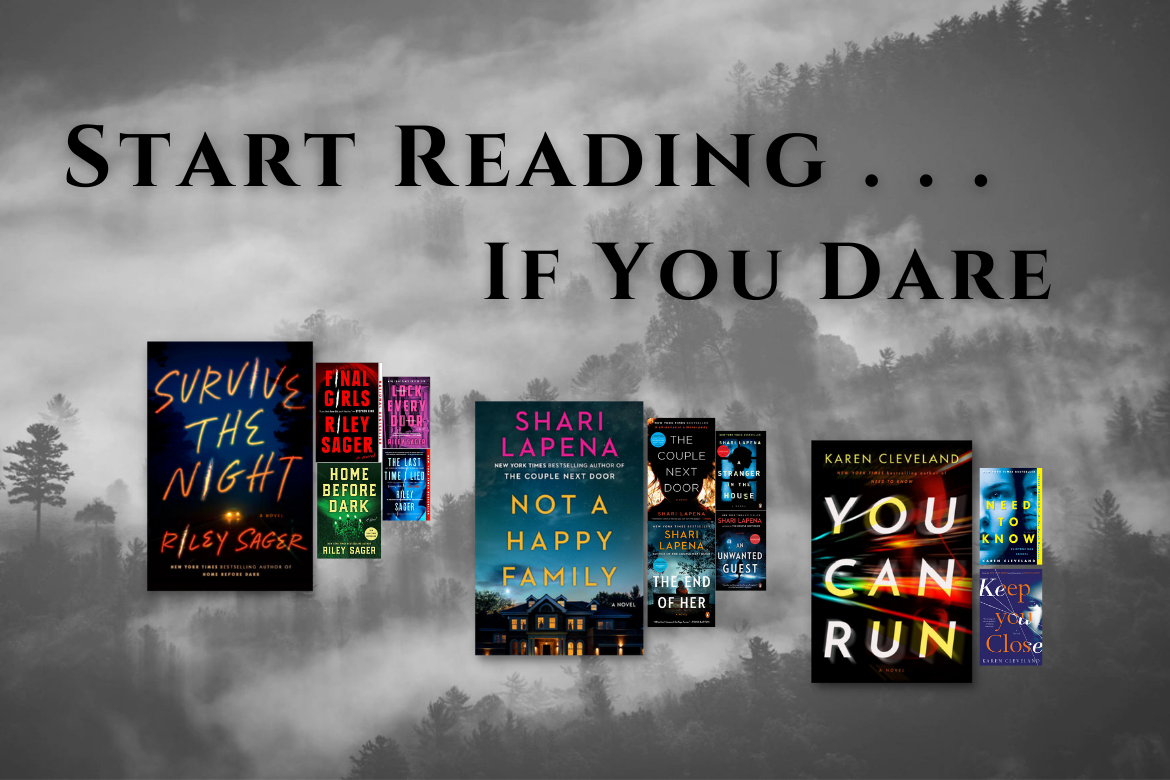 Whether you start with the first book—where it all began—or work your way backward—these masters of mystery have given us chilling collections of books that are the perfect antidote to any thriller reader’s idle hands. 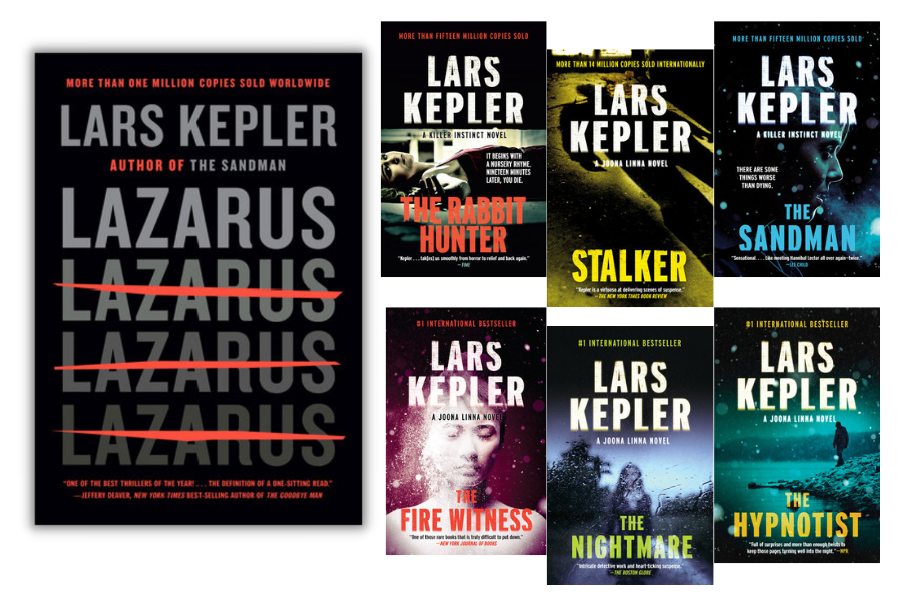 Prepare for Sleepless Nights with Suspenseful Reads by Lars Kepler—including the most recent installment, Lazarus:

Sometimes the past won’t stay buried.

“One of the best thrillers of the year! Kepler treats us readers to a nonstop roller coaster of suspense, taking us deep into the hearts and minds of perfectly realized characters. And, oh, what a villain! Lazarus is the definition of a one-sitting read!” —Jeffery Deaver, New York Times bestselling author of The Goodbye Man

Listen to a Clip from the Lazarus Audiobook.

Immerse Yourself in the Domestic Suspense of Shari Lapena—Including the Upcoming Not a Happy Family:

In this family, everyone is keeping secrets. Even the dead.

“No-one does suburban paranoia like Shari Lapena.”—Ruth Ware, #1 New York Times bestselling author of One by One

Dive in to Bone-Chilling Reads by Riley Sager—Including the Upcoming Survive the Night:

It’s November 1991. George H. W. Bush is in the White House, Nirvana’s in the tape deck, and movie-obsessed college student Charlie Jordan is in a car with a man who might be a serial killer.

“I couldn’t put down Survive the Night and I didn’t want to try. Riley Sager’s terrific heroine Charlie Jordan starts this thriller on the ride of her life and the action accelerates on every page, through twists and turns into the darkness. A high-octane narrative fueled by intensity, emotion, and danger, Survive the Night puts Riley Sager in the driver’s seat of modern crime fiction.”—Lisa Scottoline, #1 bestselling author of Eternal and Someone Knows

Get Ready for Page-Turning Suspense from Mette Ivvie Harrison—Including Her Upcoming The Prodigal Daughter:

In the wake of the #MeToo movement, has it become easier to speak out about sexual assault in religious communities?

“Once again, Harrison keeps the reader turning pages as the novel races to its unexpected, yet inevitable conclusion. A solid addition to this consistently strong series.”—Marcia Talley, Agatha and Anthony Award–winning author of Done Gone and more Hannah Ives mysteries

Click to Read an Excerpt from The Prodigal Daughter.

Step Outside Your Comfort Zone with Twisted Suspense from JP Delaney—Including His Most Recent Novel Playing Nice:

What if you found out that your family isn’t yours at all? How far would you go to protect them? A gripping new psychological thriller from the bestselling author of The Girl Before . . . 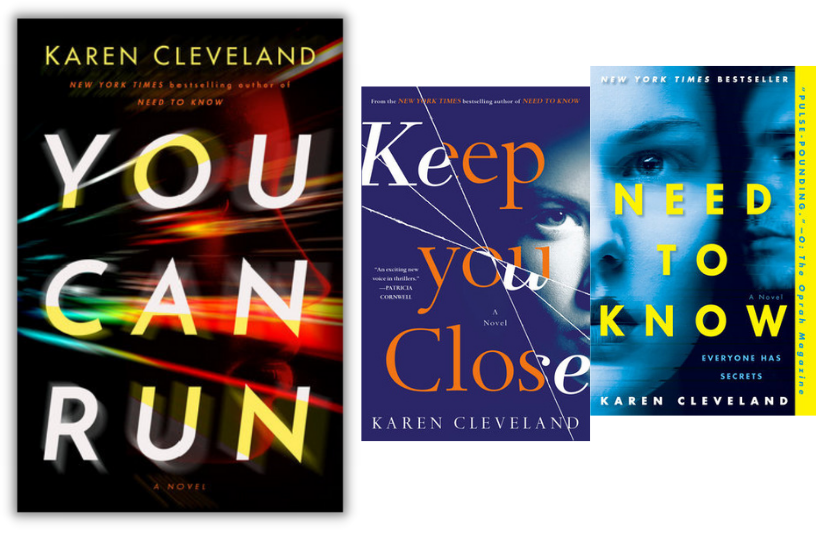 Embark on Edge-of-Your-Seat Investigations from Karen Cleveland—Including the Upcoming You Can Run:

A CIA analyst makes a split-second decision that endangers her country but saves her son—and now she must team up with an investigative journalist she’s not sure she can trust in this electrifying thriller from the New York Times bestselling author of Need to Know.

Get Into a Mystery Series on Audio: 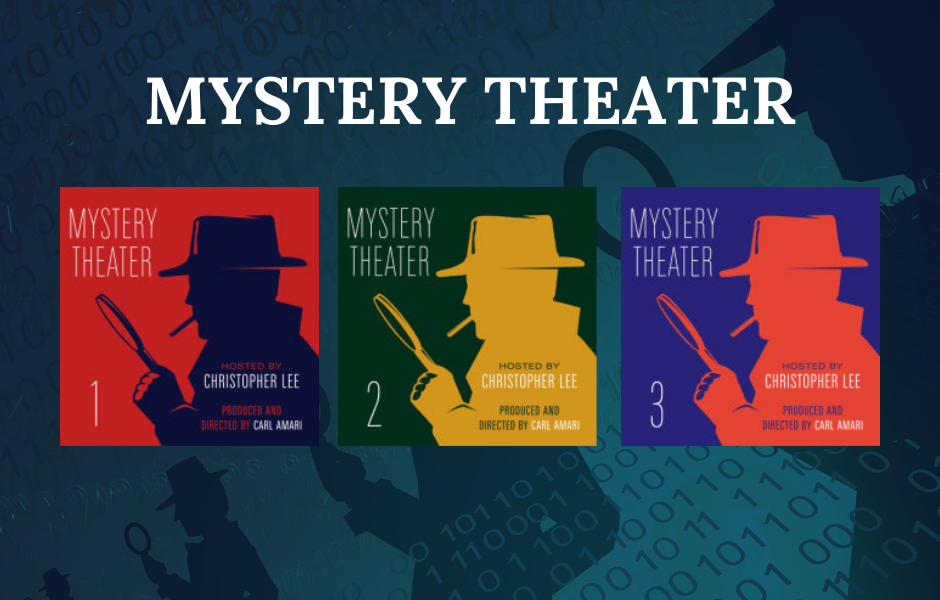 These Penguin Random House Audio original productions feature a collection of suspenseful radio dramas hosted by the gravel-voiced Christopher Lee and take listeners through a series of thrilling mysteries set in the golden age of noir. These three installments are narrated by legendary actors such as Humphrey Bogart, Mary Astor, Sydney Greenstreet and many more. Enter through the squeaking door.

Peek Into the Gloam and Listen to the Clips from the Audiobooks.

One lucky winner will receive the most recent book from these 6 must-read thriller authors, including: Survive the Night by Riley Sager, Lazarus by Lars Kepler, Playing Nice by JP Delaney, Not a Happy Family by Shari Lapena, You Can Run by Karen Cleveland, and The Prodigal Daughter by Mette Ivie Harrison.