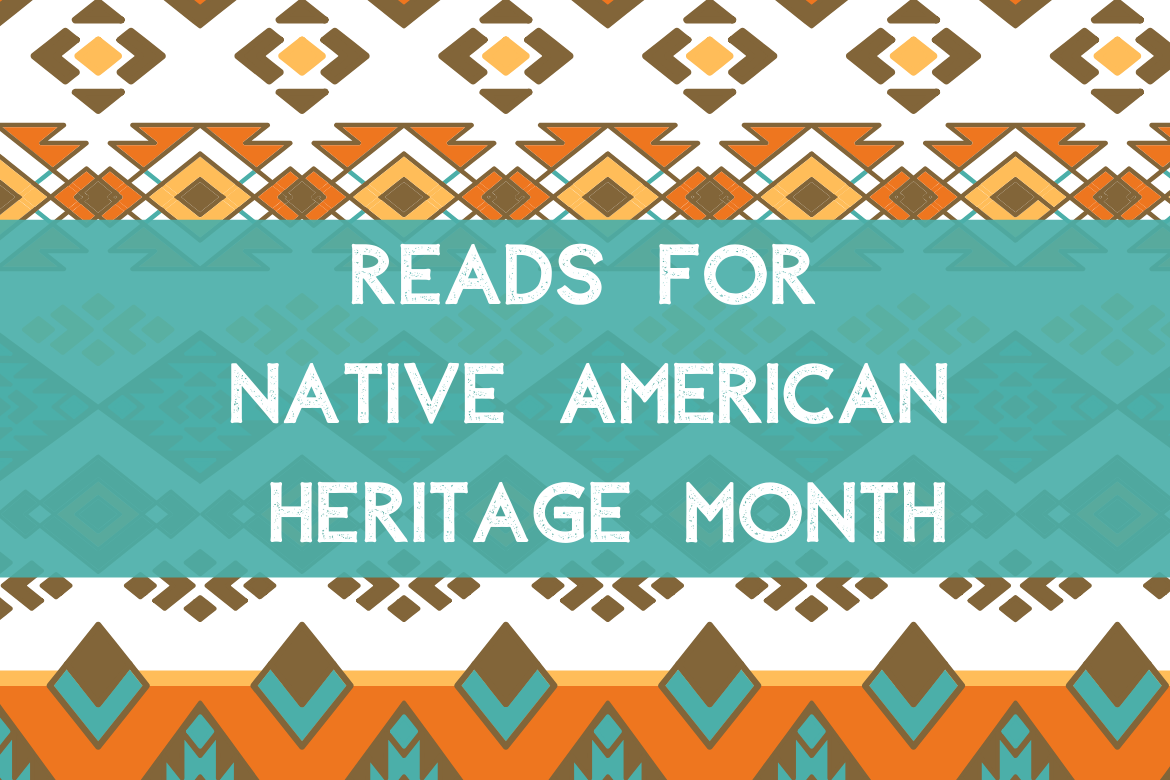 We’re celebrating National Native American Heritage Month with a list of books—from histories to novels and memoirs to cookbooks—that pay tribute to the rich ancestry, traditions, and contributions of Native Americans. 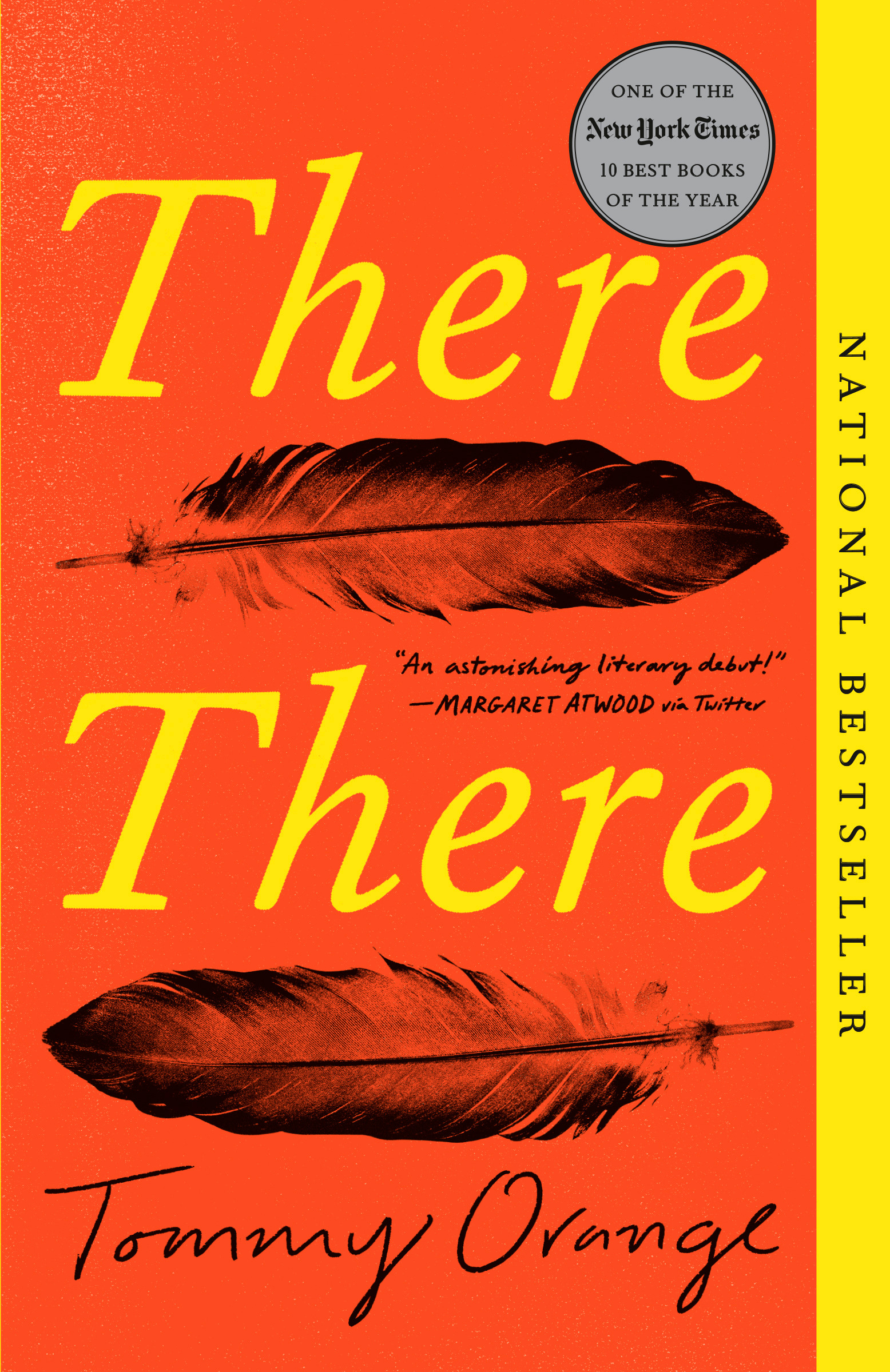 There There by Tommy Orange

“Powerful . . . There There has so much jangling energy and brings so much news from a distinct corner of American life that it’s a revelation.” —The New York Times

Tommy Orange’s wondrous and shattering novel follows twelve characters from Native communities: all traveling to the Big Oakland Powwow, all connected to one another in ways they may not yet realize. Among them is Jacquie Red Feather, newly sober and trying to make it back to the family she left behind. Dene Oxendene, pulling his life together after his uncle’s death and working at the powwow to honor his memory. Fourteen-year-old Orvil, coming to perform traditional dance for the very first time. Together, this chorus of voices tells of the plight of the urban Native American—grappling with a complex and painful history, with an inheritance of beauty and spirituality, with communion and sacrifice and heroism. Hailed as an instant classic, There There is at once poignant and unflinching, utterly contemporary and truly unforgettable. 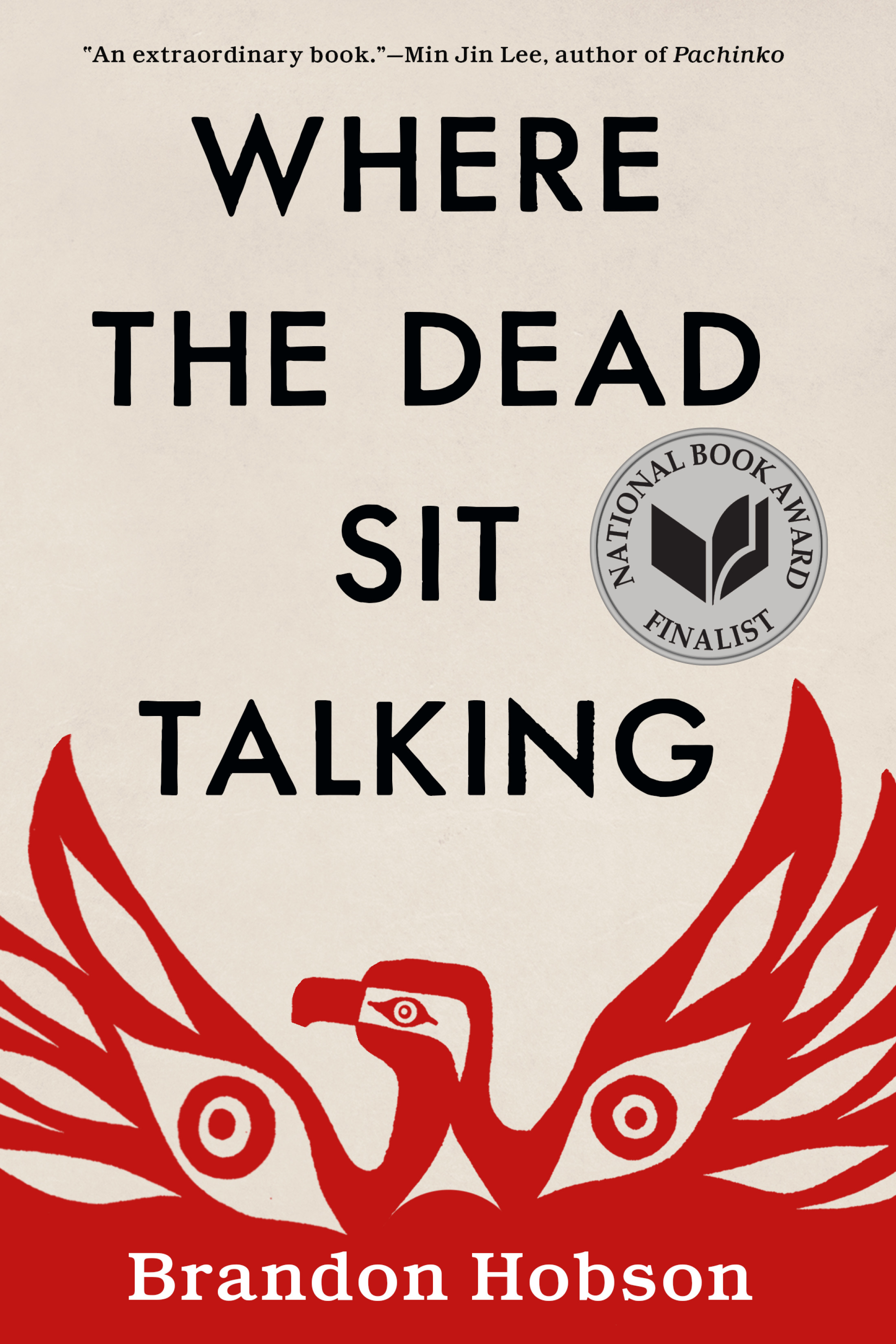 Where the Dead Sit Talking by Brandon Hobson

Set in rural Oklahoma during the late 1980s, Where the Dead Sit Talking is a stunning and lyrical Native American coming-of-age story.

With his single mother in jail, Sequoyah, a fifteen-year-old Cherokee boy, is placed in foster care with the Troutt family. Literally and figuratively scarred by his mother’s years of substance abuse, Sequoyah keeps mostly to himself, living with his emotions pressed deep below the surface. At least until he meets seventeen-year-old Rosemary, a troubled artist who also lives with the family.

Sequoyah and Rosemary bond over their shared Native American background and tumultuous paths through the foster care system, but as Sequoyah’s feelings toward Rosemary deepen, the precariousness of their lives and the scars of their pasts threaten to undo them both. 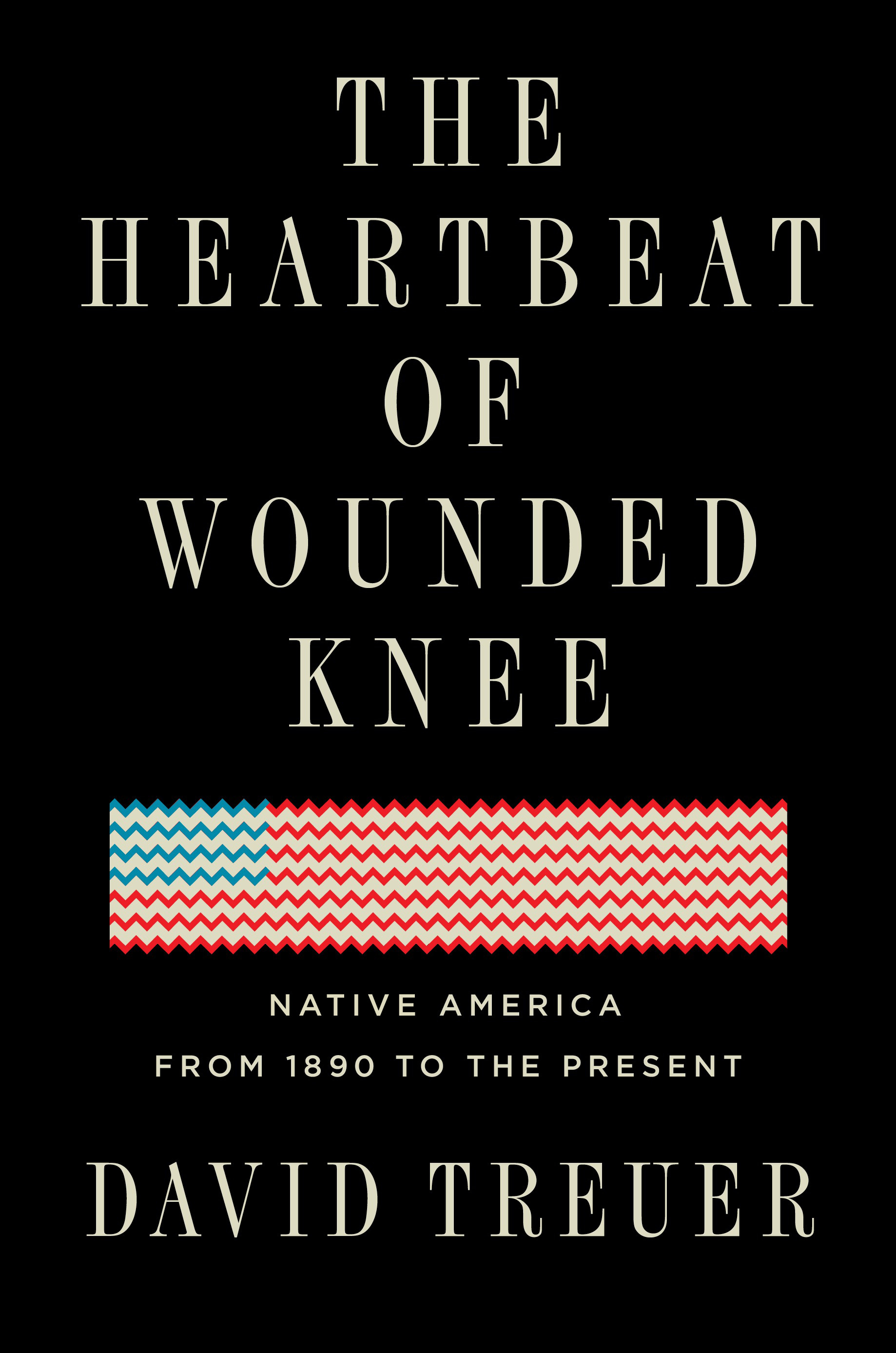 The Heartbeat of Wounded Knee: Native America from 1890 to the Present by David Truer

Now a finalist for the National Book Award and the Andrew Carnegie Medal for Excellence in Nonfiction, a sweeping history—and counter-narrative—of Native American life from the Wounded Knee massacre to the present.

“Chapter after chapter, it’s like one shattered myth after another.” —NPR

The received idea of Native American history—as promulgated by books like Dee Brown’s mega-bestselling 1970 Bury My Heart at Wounded Knee—has been that American Indian history essentially ended with the 1890 massacre at Wounded Knee. Not only did one hundred fifty Sioux die at the hands of the U. S. Cavalry, the sense was, but Native civilization did as well.

Growing up Ojibwe on a reservation in Minnesota, training as an anthropologist, and researching Native life past and present for his nonfiction and novels, David Treuer has uncovered a different narrative. Because they did not disappear—and not despite but rather because of their intense struggles to preserve their language, their traditions, their families, and their very existence—the story of American Indians since the end of the nineteenth century to the present is one of unprecedented resourcefulness and reinvention. 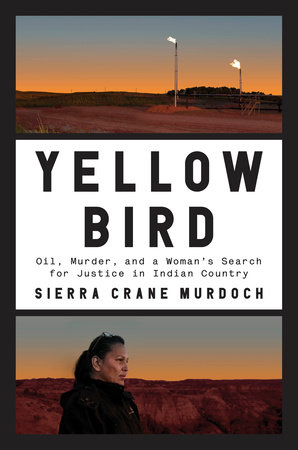 The gripping true story of a murder on an Indian reservation, and the unforgettable Arikara woman who becomes obsessed with solving it—an urgent work of literary journalism.

When Lissa Yellow Bird was released from prison in 2009, she found her home, the Fort Berthold Indian Reservation in North Dakota, transformed by the Bakken oil boom. In her absence, the landscape had been altered beyond recognition, her tribal government swayed by corporate interests, and her community burdened by a surge in violence and addiction. Three years later, when Lissa learned that a young white oil worker, Kristopher “KC” Clarke, had disappeared from his reservation worksite, she became particularly concerned. No one knew where Clarke had gone, and few people were actively looking for him.

Yellow Bird traces Lissa’s steps as she obsessively hunts for clues to Clarke’s disappearance. She navigates two worlds—that of her own tribe, changed by its newfound wealth, and that of the non-Native oilmen, down on their luck, who have come to find work on the heels of the economic recession. Her pursuit of Clarke is also a pursuit of redemption, as Lissa atones for her own crimes and reckons with generations of trauma.

A groundbreaking Dakota author and activist chronicles her refusal to assimilate into nineteenth-century white society and her mission to preserve her culture—with an introduction by Layli Long Soldier, winner of the National Book Critics Circle Award and the PEN/Jean Stein Book Award for Whereas.

Bright and carefree, Zitkála-Šá grows up on the Yankton Sioux reservation in South Dakota with her mother until Quaker missionaries arrive, offering the reservation’s children a free education. The catch: They must leave their parents behind and travel to Indiana. Curious about the world beyond the reservation, Zitkála-Šá begs her mother to let her go—and her mother, aware of the advantages that an education offers, reluctantly agrees.

But the missionary school is not the adventure that Zitkála-Šá expected: The school is a strict one, her long hair is cut short, and only English is spoken. She encounters racism and ridicule. Slowly, Zitkála-Šá adapts to her environment—excelling at her studies, winning prizes for essay-writing and oration. But the price of success is estrangement from her cultural roots—and is it one she is willing to pay?

Combining Zitkála-Šá’s childhood memories, her short stories, and her poetry, American Indian Stories is the origin story of an activist in the making, a remarkable woman whose extraordinary career deserves wider recognition.

An American Book Award winners and the first history of the United States told from the perspective of indigenous peoples.

Today in the United States, there are more than five hundred federally recognized Indigenous nations comprising nearly three million people, descendants of the fifteen million Native people who once inhabited this land. The centuries-long genocidal program of the US settler-colonial regimen has largely been omitted from history. Now, for the first time, acclaimed historian and activist Roxanne Dunbar-Ortiz offers a history of the United States told from the perspective of Indigenous peoples and reveals how Native Americans, for centuries, actively resisted expansion of the US empire.

In An Indigenous Peoples’ History of the United States, Dunbar-Ortiz adroitly challenges the founding myth of the United States and shows how policy against the Indigenous peoples was colonialist and designed to seize the territories of the original inhabitants, displacing or eliminating them. And as Dunbar-Ortiz reveals, this policy was praised in popular culture, through writers like James Fenimore Cooper and Walt Whitman, and in the highest offices of government and the military. Shockingly, as the genocidal policy reached its zenith under President Andrew Jackson, its ruthlessness was best articulated by US Army general Thomas S. Jesup, who, in 1836, wrote of the Seminoles: “The country can be rid of them only by exterminating them.” 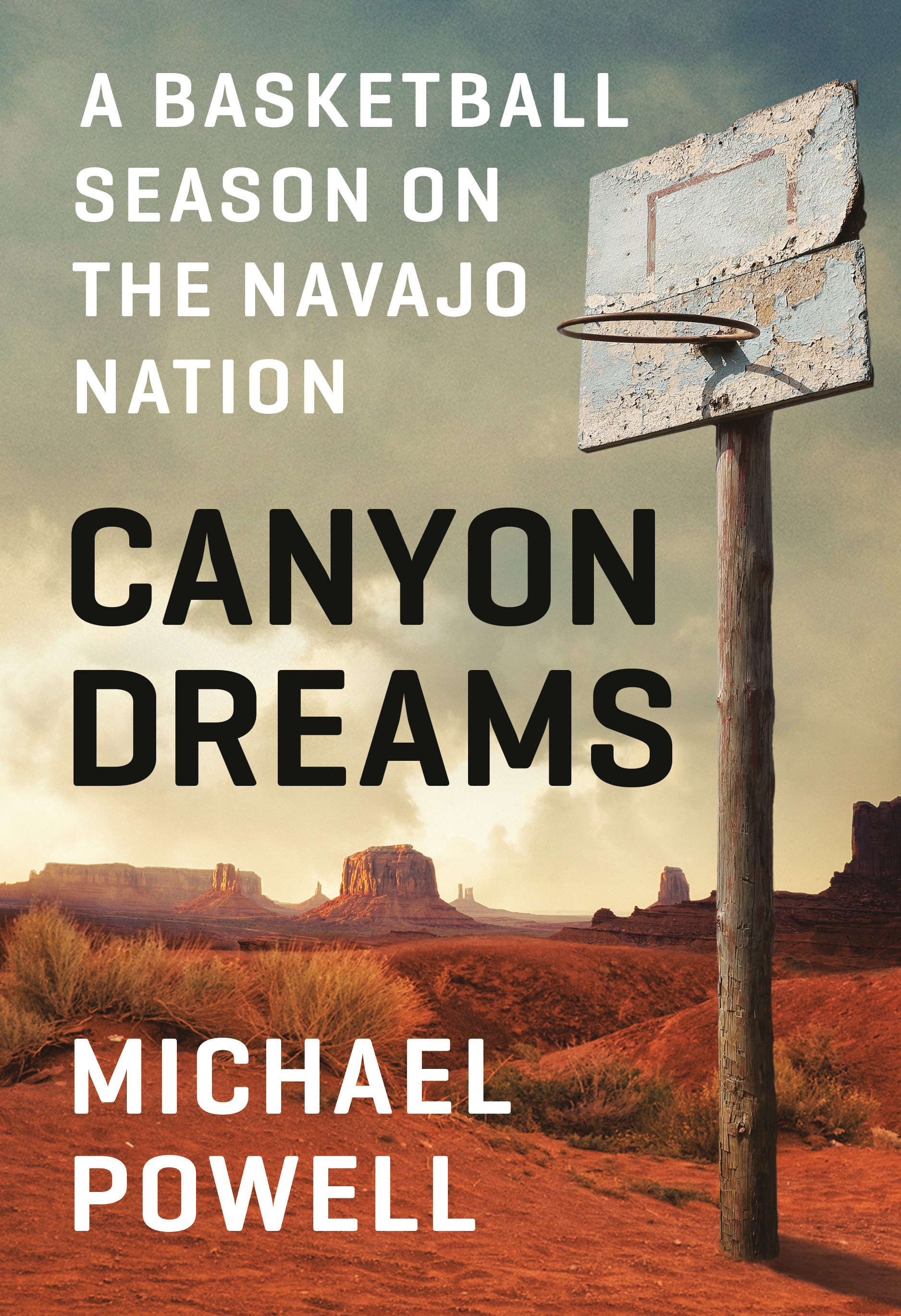 Canyon Dreams: A Basketball Season on the Navajo Nation by Michael Powell

The moving story of a Navajo high school basketball team, its members struggling with the everyday challenges of high school, adolescence, and family, and the great and unique obstacles facing Native Americans living on reservations.

Deep in the heart of northern Arizona, in a small and isolated patch of the vast 17.5-million-acre Navajo reservation, sits Chinle High School. Here, basketball is passion, passed from grandparent to parent to child. Rez Ball is a sport for winters where dark and cold descend fast and there is little else to do but roam mesa tops, work, and wonder what the future holds. The town has 4,500 residents and the high school arena seats 7,000. Fans drive thirty, fifty, even eighty miles to see the fast-paced and highly competitive matchups that are more than just games to players and fans.

Celebrated Times journalist Michael Powell brings us a narrative of triumph and hardship, a moving story about a basketball team on a Navajo reservation that shows how important sports can be to youths in struggling communities, and the transcendent magic and painful realities that confront Native Americans living on reservations. 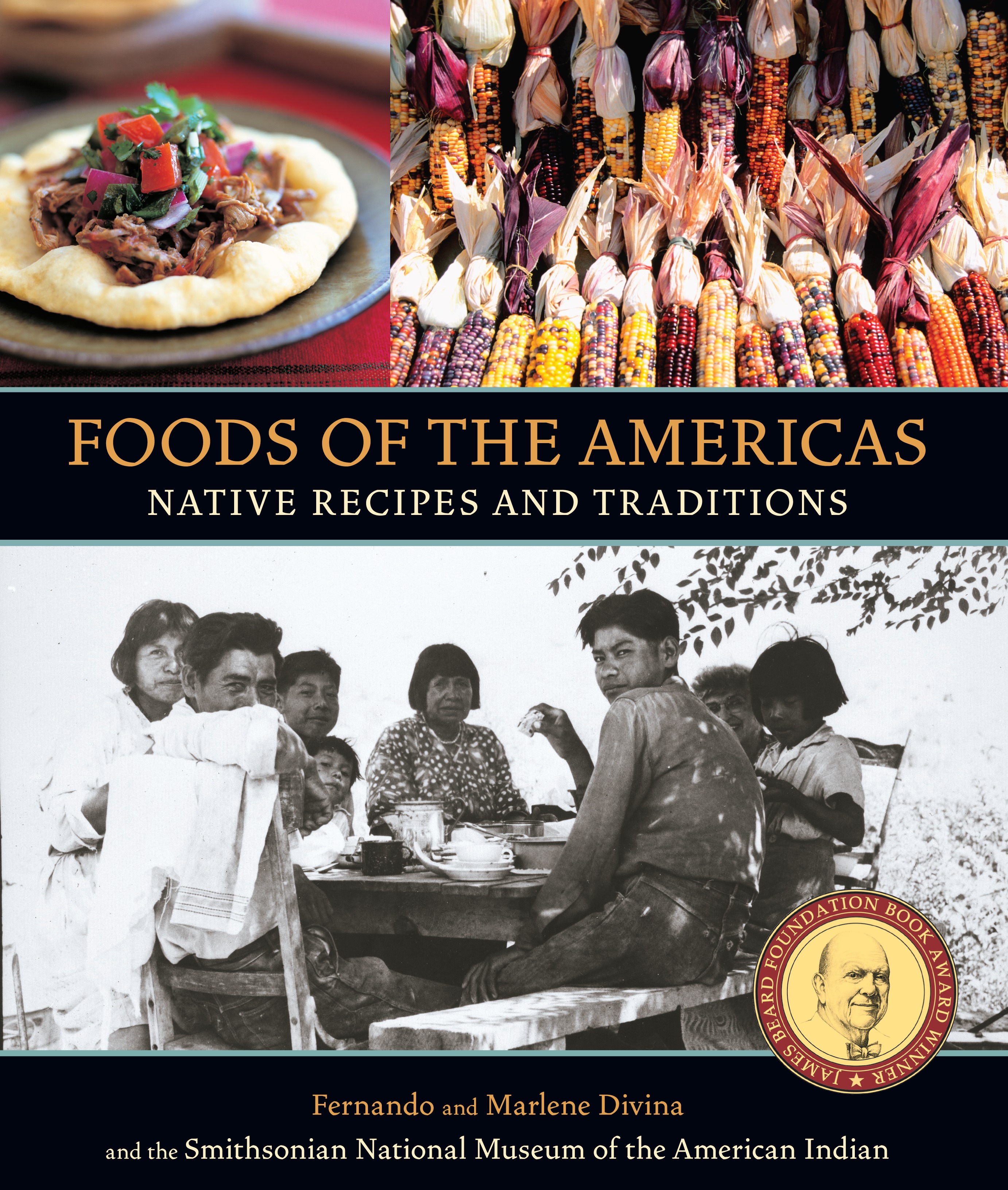 Foods of the Americas: Native Recipes and Traditions by Fernando and Marlene Divina, and the Smithsonian National Museum of the American Indian

Winner of a 2005 James Beard Award, this illuminating book, produced in association with the Smithsonian’s National Museum of the American Indian, celebrates the amazing diversity of the original foods of North, Central, and South America.

To complement the recipes, Foods of the Americas also features nine illustrated short essays by American Indian writers who offer personal insights into a variety of indigenous food traditions. 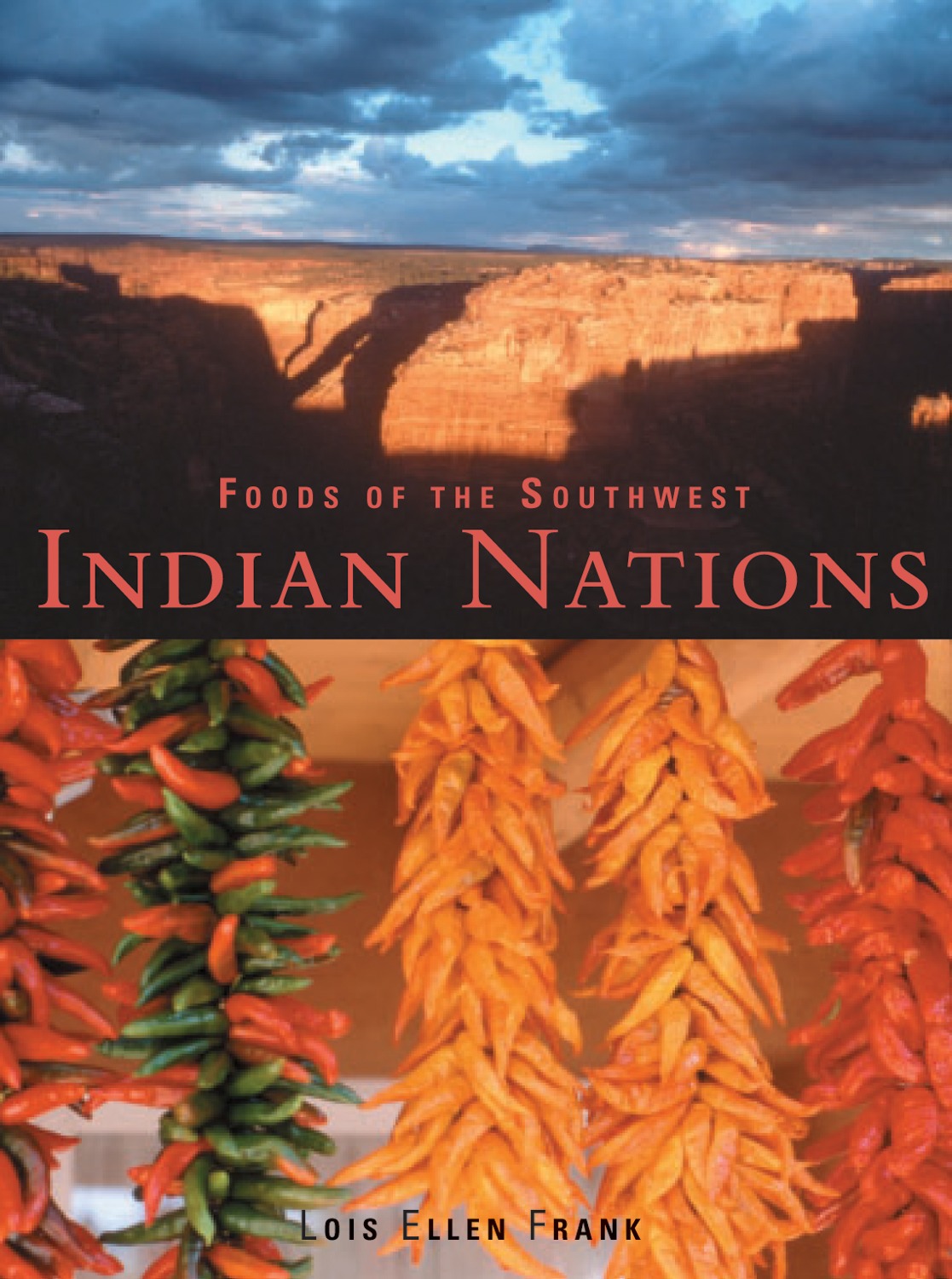 In this gloriously photographed book, renowned photographer and Native American–food expert Lois Ellen Frank, herself part Kiowa, presents more than 80 recipes that are rich in natural flavors and perfectly in tune with today’s healthy eating habits. Frank spent four years visiting reservations in the Southwest, documenting time-honored techniques and recipes. With the help of culinary advisor and Navajo Nation tribesman Walter Whitewater, a chef in Santa Fe, Frank has adapted the traditional recipes to modern palates and kitchens. Inside you’ll find such dishes as Stuffed Tempura Chiles with Fiery Bean Sauce, Zuni Sunflower Cakes, and Prickly Pear Ice. With its wealth of information, this book makes it easy to prepare and celebrate authentic Native American cooking.