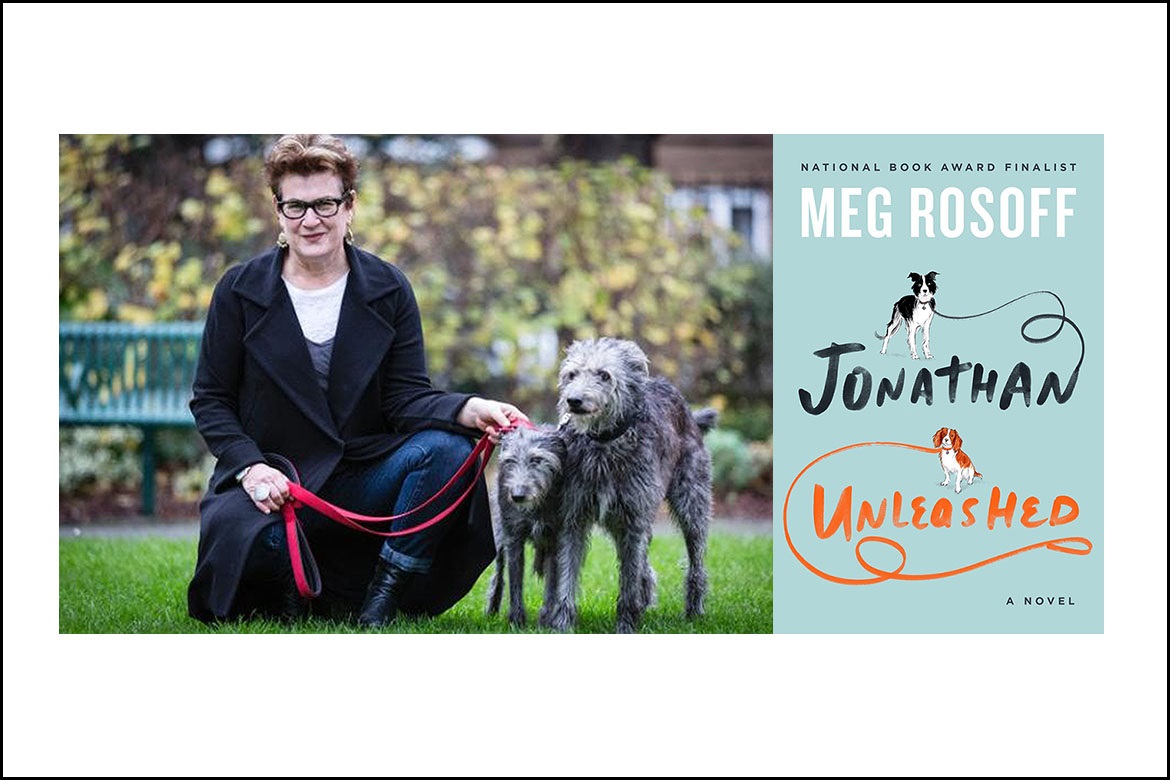 There is plenty of buzz about Jonathan Unleashed by Meg Rosoff, a beach bag-ready summer read for dog lovers:

Marie Claire calls it “A humorous tale of a young New Yorker’s search for happiness, and the two dogs who help him find it.”

“Rossoff, best known for her award-winning youth books, makes another foray into the adult world here with this sprightly romcom. In reality, though, the age line in her books has never run true. And why should it? Her writings—thoughtful, mutable, and often with love, of one kind or another, as an undercurrent—address the human condition with a knowingness that transcends artificial numerical landmarks. This one offers a treat that at first bite seems light, but there’s definitely a lot to chew on.” —Booklist (starred review)

Ms. Rosoff, National Book Award finalist and Printz Award winner, describes the inspiration behind the writing of Jonathan Unleashed:  “I woke up one morning with the line ‘Jonathan came home from work one day to find the dogs talking about him’ in my head. I knew instantly it was the next book, even though I didn’t know 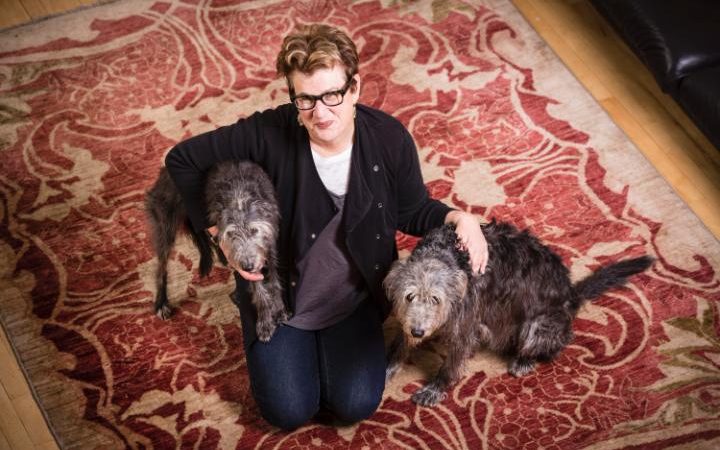 who Jonathan was, and why the dogs were talking about him. I thought, ‘I must write that line down,’ but also knew that I wouldn’t forget it. The process of writing a book is made up of a thousand micro-decisions, and I think one of them with this book was that the news was depressing me quite a lot, and I thought a comedy might cheer me up.”

Jonathan Unleashed is a romantic comedy that follows Jonathan Trefoil, a twenty-something New Yorker who feels stuck and helpless, and the two dogs, Dante, a border collie and Sissy, a spaniel, that inspire him to lead a different life.

Film rights for the novel have been optioned by Qwerty Films, with Michael Kuhn as producer (Being John Malkovich, The Duchess, Florence Foster Jenkins) and Ms. Rosoff writing the screenplay.

Summer Reading for All Ages