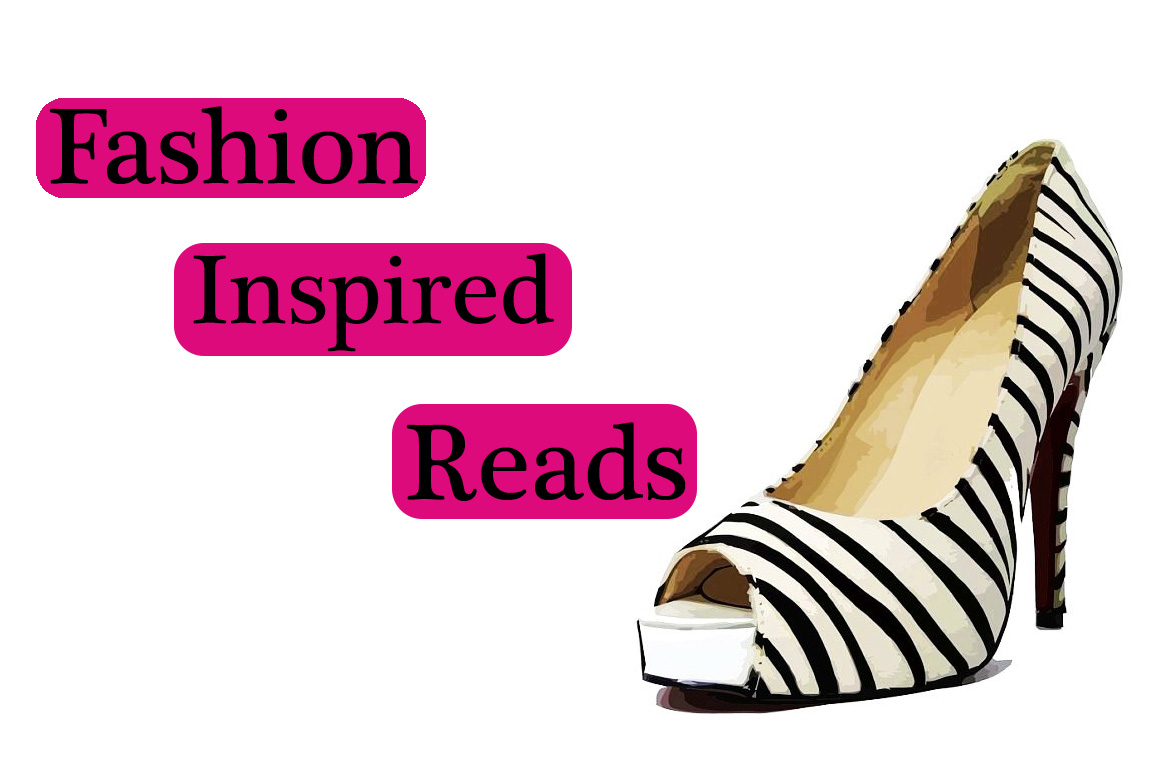 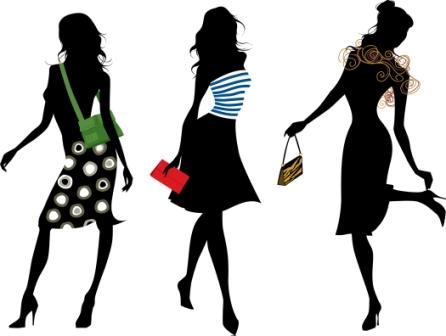 “New York Fashion Week, held in February and September of each year, is a semi-annual series of events when international fashion collections are shown to buyers, the press and the general public. It is one of four major fashion weeks in the world, collectively known as the ‘Big 4’, along with those in Paris, London and Milan. The Council of Fashion Designers of America (CFDA) created the modern notion of a centralized “New York Fashion Week” in 1993, although cities like London were already using their city’s name in conjunction with the words “fashion week” in the 1980s. NYFW is based on a much older series of events called “Press Week”, founded in 1942.” 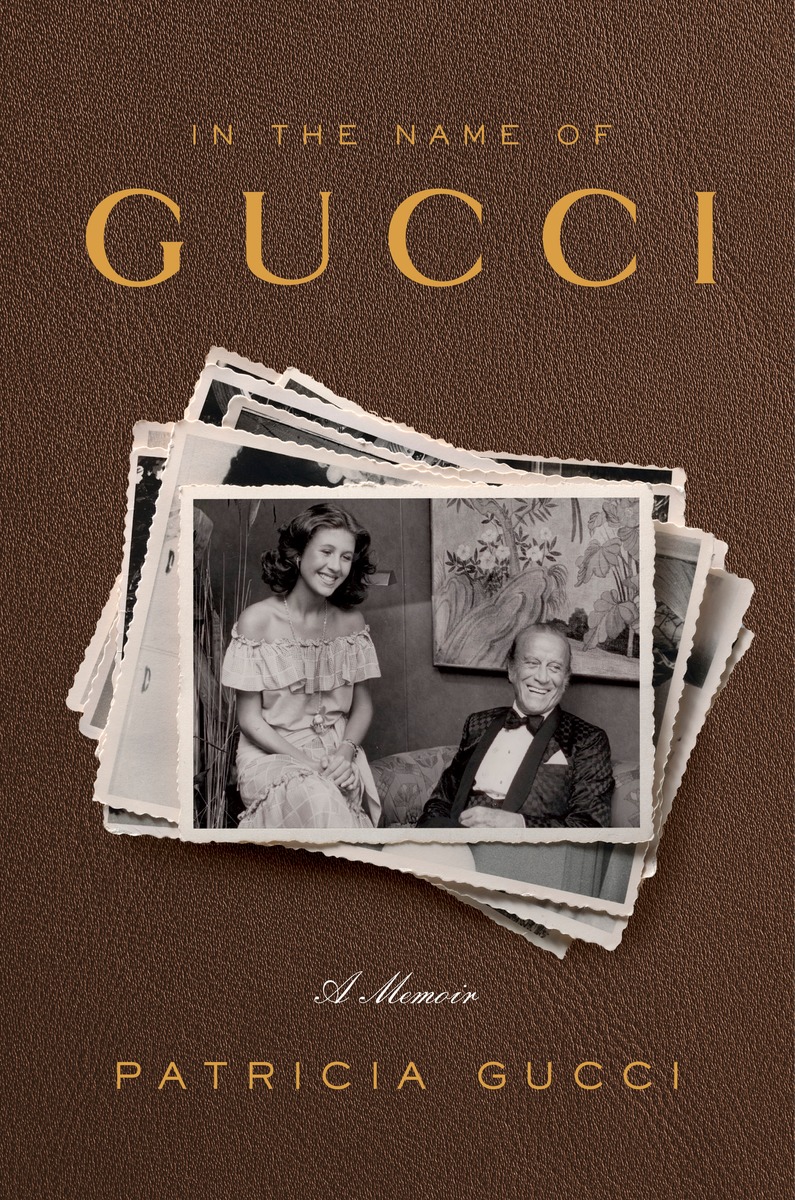 In the Name of Gucci by Patricia Gucci

The gripping family drama—and never-before-told love story—surrounding the rise and fall of the late Aldo Gucci, the man responsible for making the legendary fashion label the powerhouse it is today, as told by his daughter.

Patricia Gucci was born a secret: the lovechild whose birth could have spelled ruination for her father, Aldo Gucci. It was the early 1960s, the halcyon days for Gucci—the must-have brand of Hollywood and royalty—but also a time when having a child out of wedlock was illegal in Italy. To avoid controversy, he sent Bruna to London after she became pregnant, and then discretely whisked her back to Rome with her newborn hidden from the Italian authorities, the media, and the Gucci family. 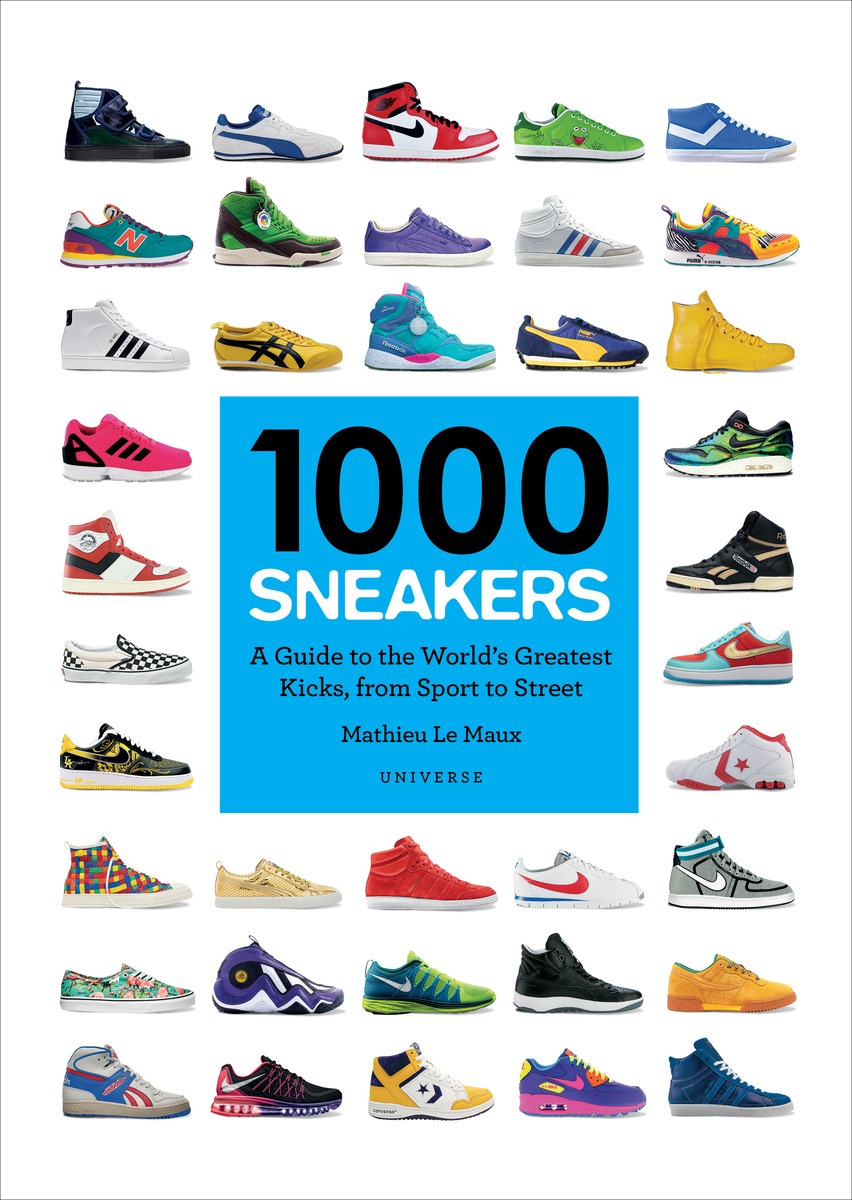 A visual history of the world’s most coveted and popular footwear, from early Keds and Converse All Stars to the latest fashion and design icons. Every sneaker has a story to tell, and this encyclopedic book features 1,000 full-color images of the sneakers that have most influenced global sneaker culture with examples to engage sneaker aficionados of all stripes. 1000 Sneakers features detailed reference sections for collectors, histories of leading brands and designers, and anecdotes from the worlds of sports, fashion, hip-hop, and popular culture, making this book the perfect gift for sports, design, and street fashion enthusiasts alike. 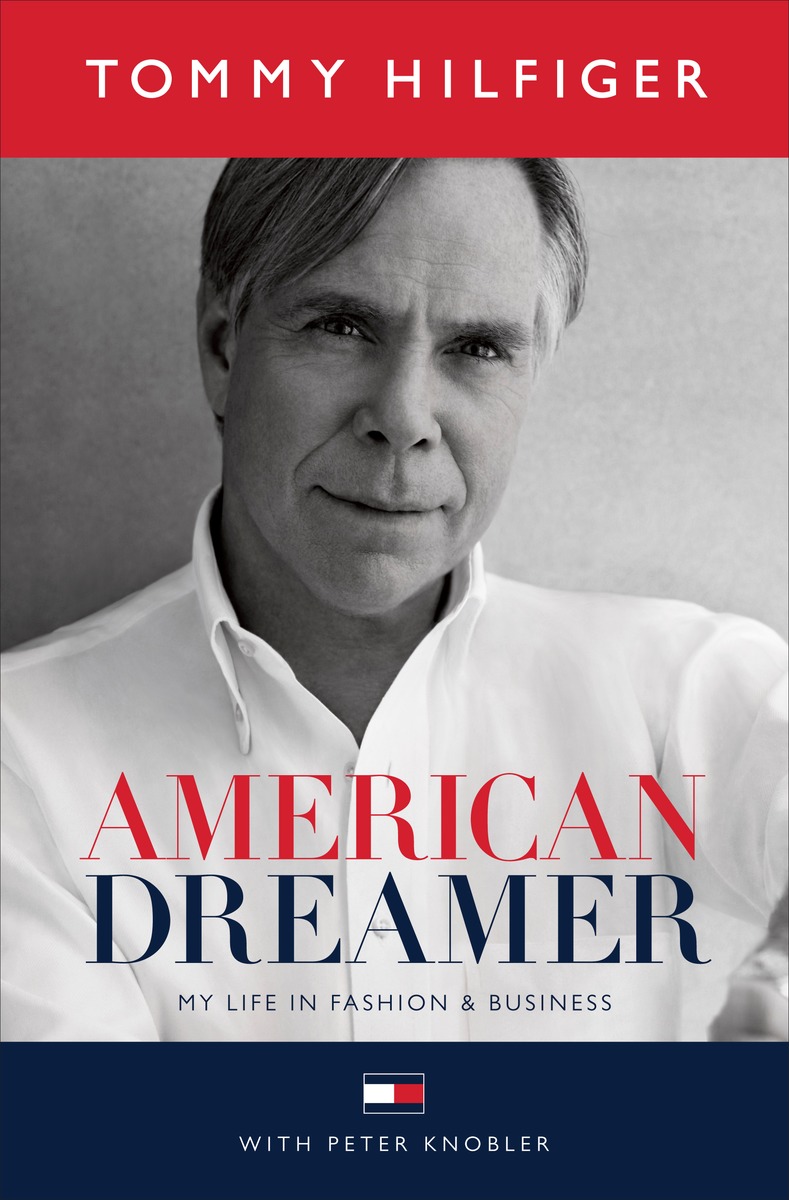 American Dreamer brims with anecdotes that cover Tommy’s years as a club kid and scrappy entrepreneur in 1970s New York as well as unique insights into the exclusive A-list personalities with whom he’s collaborated and interacted, from Mick Jagger and David Bowie to Ralph Lauren and Calvin Klein. But this is more than just a fashion icon’s memoir—it’s a road map for building a brand, both professionally and personally. Tommy takes us behind the scenes of every decision—and every mistake—he’s ever made, offering advice on leadership, business, team-building, and creativity. 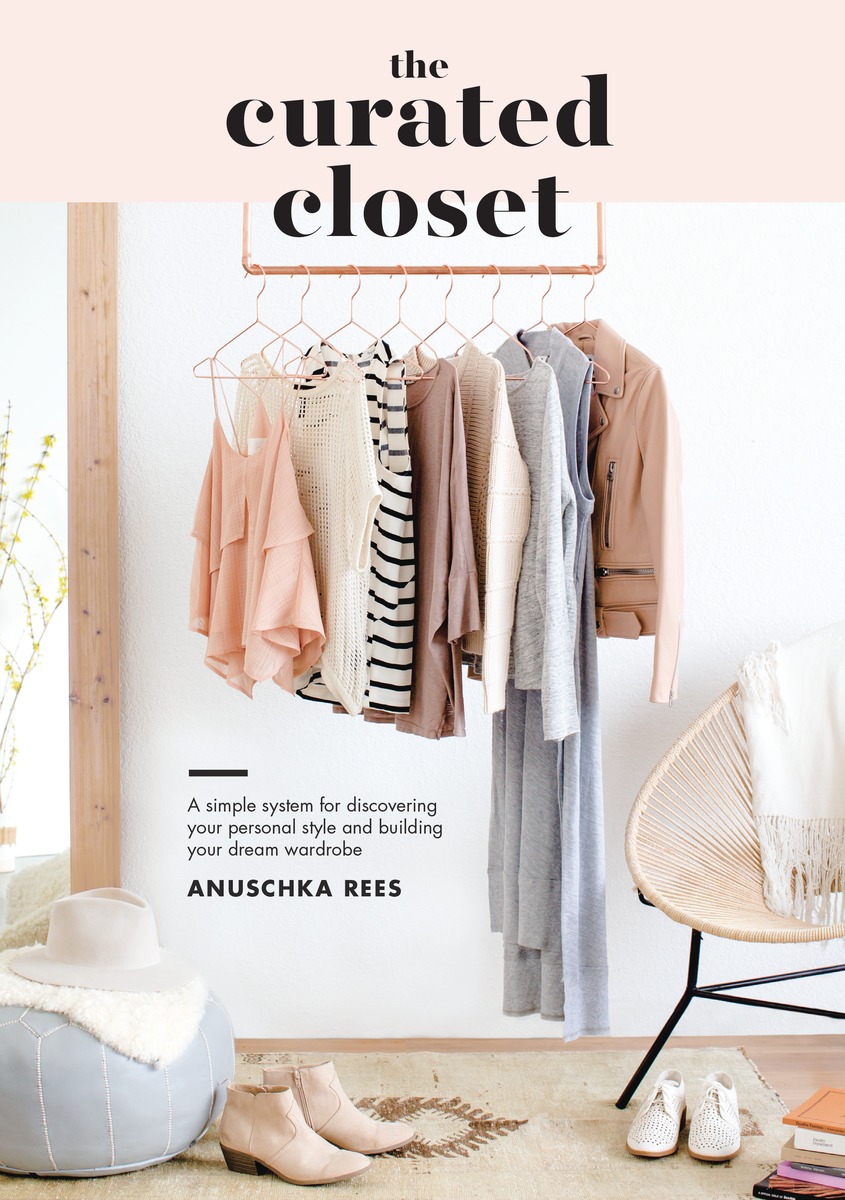 The Curated Closet by Anuschka Rees

Is your closet jam-packed and yet you have absolutely nothing to wear? Can you describe your personal style in one sentence? If someone grabbed a random piece from your closet right now, how likely is it that it would be something you love and wear regularly?

With so many style and shopping options, it can be difficult to create a streamlined closet of pieces that can be worn easily and confidently. InThe Curated Closet, style writer Anuschka Rees presents a fascinatingly strategic approach to identifying, refining, and expressing personal style and building the ideal wardrobe to match it, with style and shopping strategies that women can use every day. My Journey by Donna Karan

In this candid memoir, featuring a foreword by Barbra Streisand, renowned designer Donna Karan shares intimate details about her lonely childhood, her four-plus decades in the fashion industry, her two marriages, motherhood, and her ongoing quest for self-acceptance and spiritual peace.

Karan’s life has been crowded with glamorous characters and adventures around the world. But she sometimes still feels like that awkward teen from Long Island who never fit in—which makes her all the more endearing. Brimming with Karan’s infectious energy, My Journey is about much more than the fashion world: It is the story of a young woman whose vision and hard work made her a role model for women everywhere—a woman who dreamed big, fought to have it all, broke the rules, and loved passionately along the way. 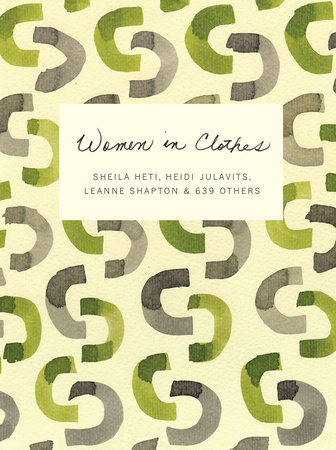 Women in Clothes is a book unlike any other. It is essentially a conversation among hundreds of women of all nationalities—famous, anonymous, religious, secular, married, single, young, old—on the subject of clothing, and how the garments we put on every day define and shape our lives.

Even our most basic clothing choices can give us confidence, show the connection between our appearance and our habits of mind, express our values and our politics, bond us with our friends, or function as armor or disguise. They are the tools we use to reinvent ourselves and to transform how others see us. Women in Clothes embraces the complexity of women’s style decisions, revealing the sometimes funny, sometimes strange, always thoughtful impulses that influence our daily ritual of getting dressed.
Fiction: 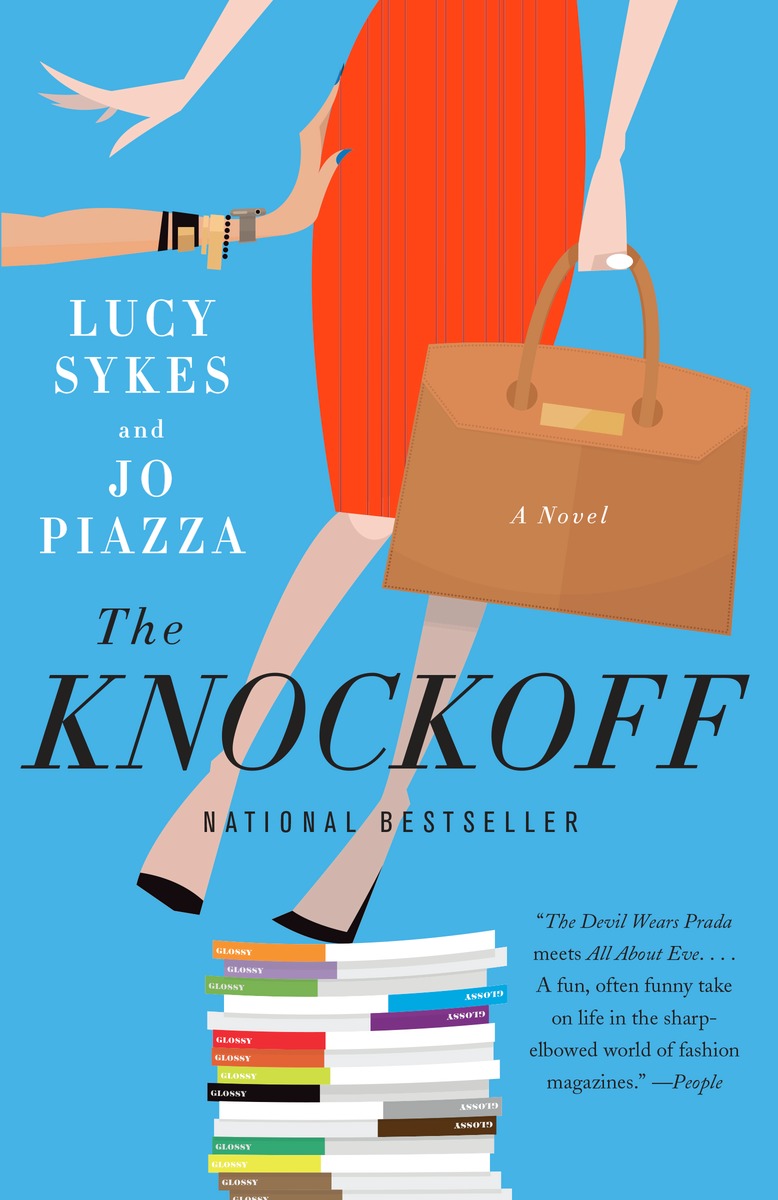 The Knockoff  by Lucy Sykes and Jo PiazzaAs editor in chief of Glossy magazine, Imogen Tate is queen of the fashion world … until Eve, her conniving twenty-something former assistant, returns from business school with plans to knock Imogen off her pedestal, take over her job, and re-launch Glossy as an app.Suddenly, the Louboutin is on the other foot; Imogen may have Alexander Wang and Diane von Furstenberg on speed dial, but she doesn’t know Facebook from Foursquare and once got her phone stuck in Japanese for three days. But Imogen will do anything to reclaim her kingdom—even if it means channeling her inner millennial and going head to head with a social-media monster. 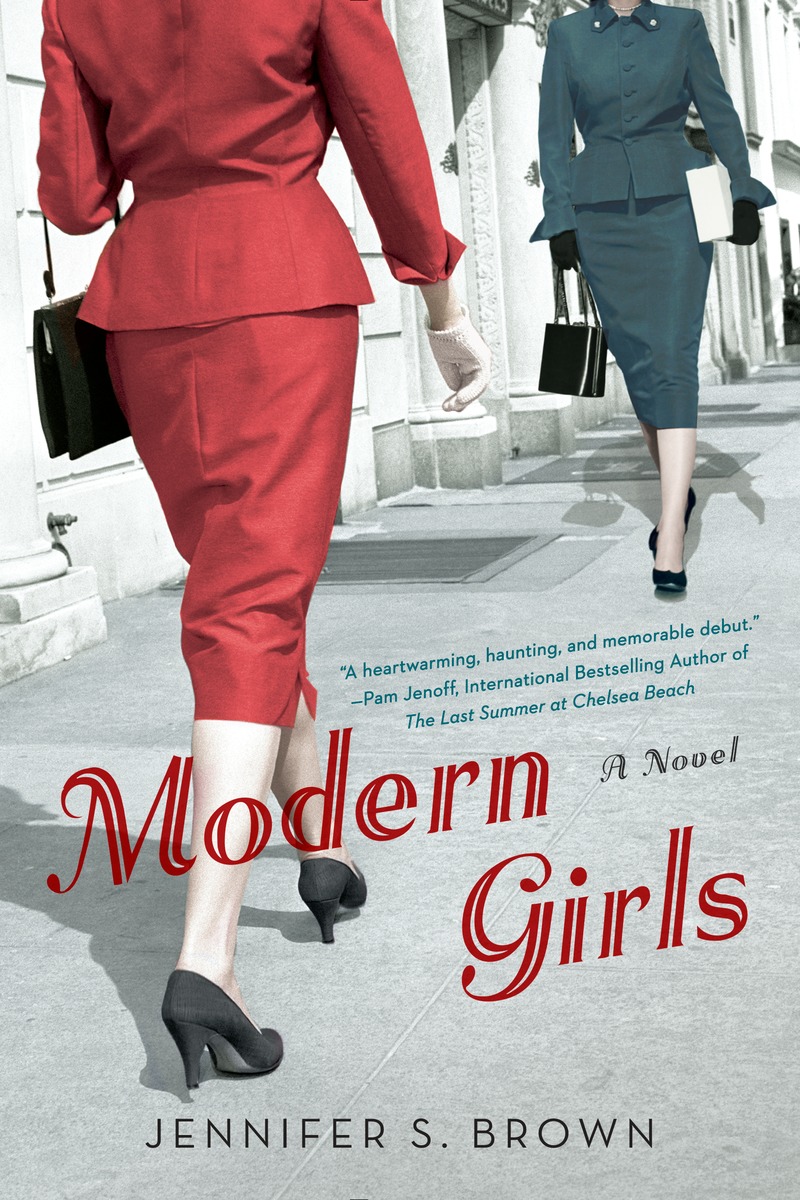 In 1935, Dottie Krasinsky is the epitome of the modern girl. A bookkeeper in Midtown Manhattan, Dottie steals kisses from her steady beau, meets her girlfriends for drinks, and eyes the latest fashions. Yet at heart, she is a dutiful daughter, living with her Yiddish-speaking parents on the Lower East Side. So when, after a single careless night, she finds herself in a family way by a charismatic but unsuitable man, she is desperate: unwed, unsure, and running out of options. 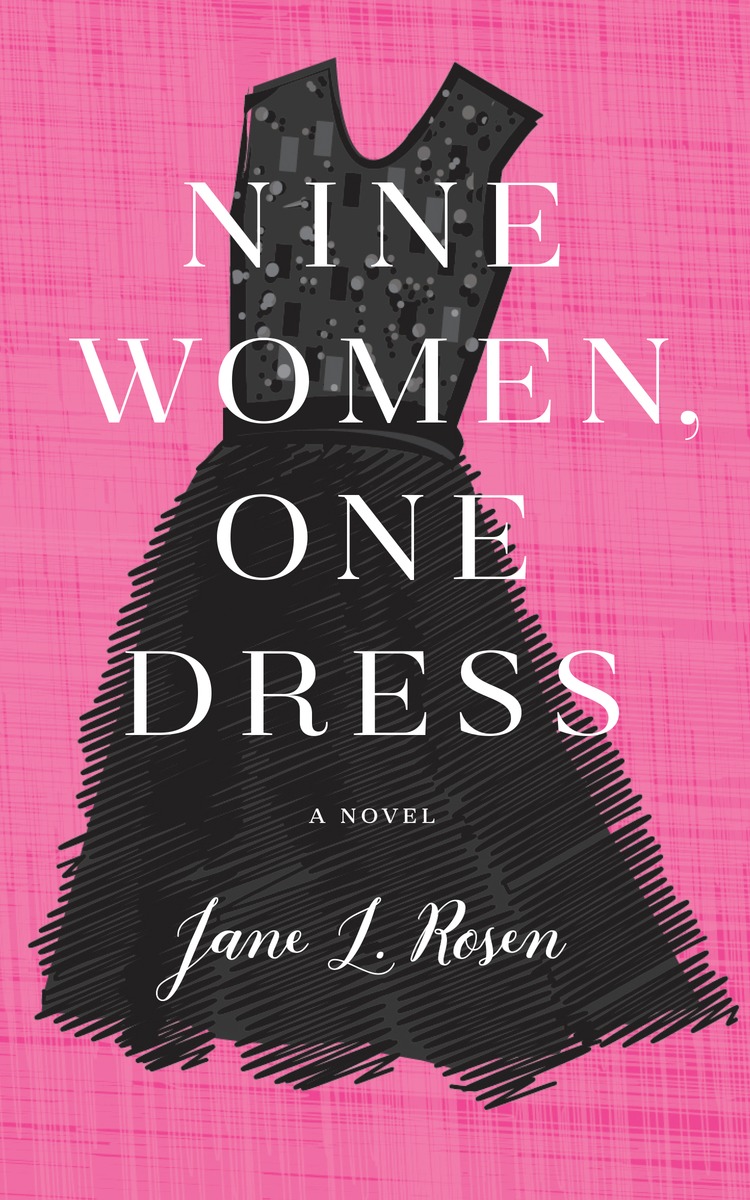 Natalie is a Bloomingdale’s salesgirl mooning over her lawyer ex-boyfriend who’s engaged to someone else after just two months. Felicia has been quietly in love with her boss for seventeen years and has one night to finally make the feeling mutual. Andie is a private detective who specializes in gathering evidence on cheating husbands—a skill she unfortunately learned from her own life—and lands a case that may restore her faith in true love. For these three women, as well as half a dozen others in sparkling supporting roles—a young model fresh from rural Alabama, a diva Hollywood star making her Broadway debut, an overachieving, unemployed Brown grad who starts faking a fabulous life on social media, to name just a few—everything is about to change, thanks to the dress of the season, the perfect little black number everyone wants to get their hands on. 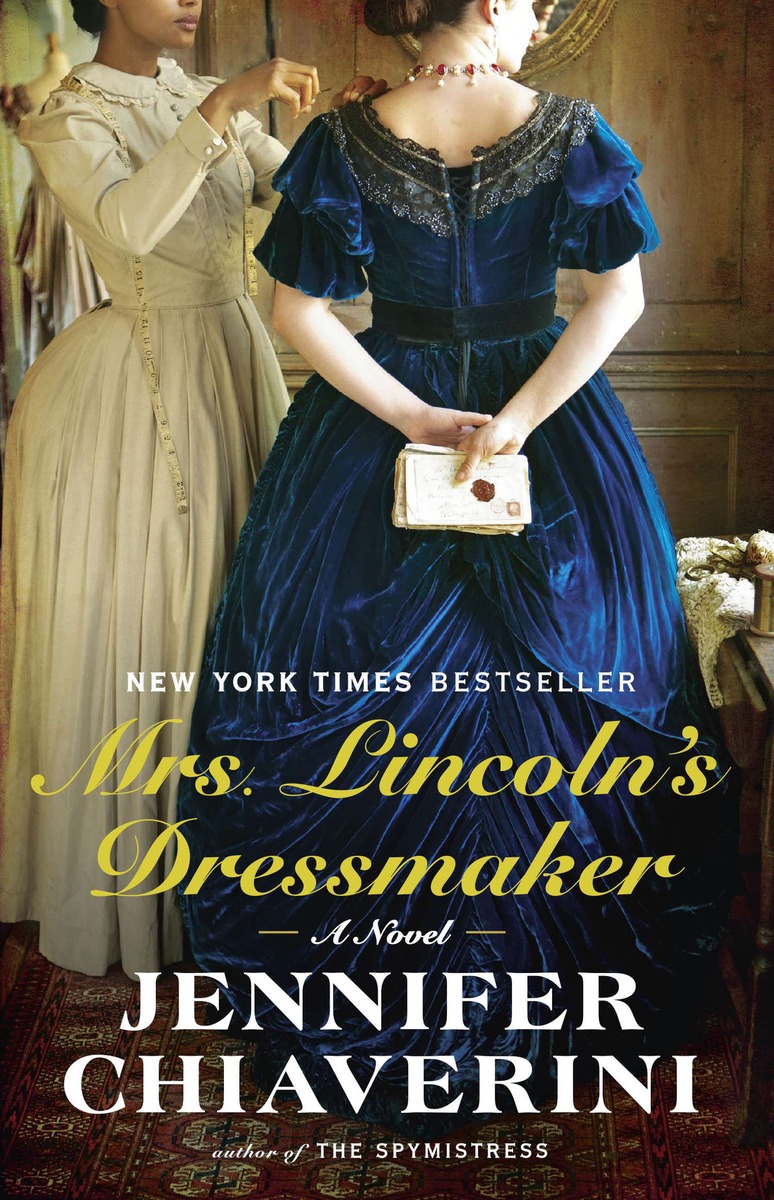 In a life that spanned nearly a century and witnessed some of the most momentous events in American history, Elizabeth Hobbs Keckley was born a slave. A gifted seamstress, she earned her freedom by the skill of her needle, and won the friendship of First Lady Mary Todd Lincoln by her devotion. A sweeping historical novel, Mrs. Lincoln’s Dressmakerilluminates the extraordinary relationship the two women shared, beginning in the hallowed halls of the White House during the trials of the Civil War and enduring almost, but not quite, to the end of Mrs. Lincoln’s days. 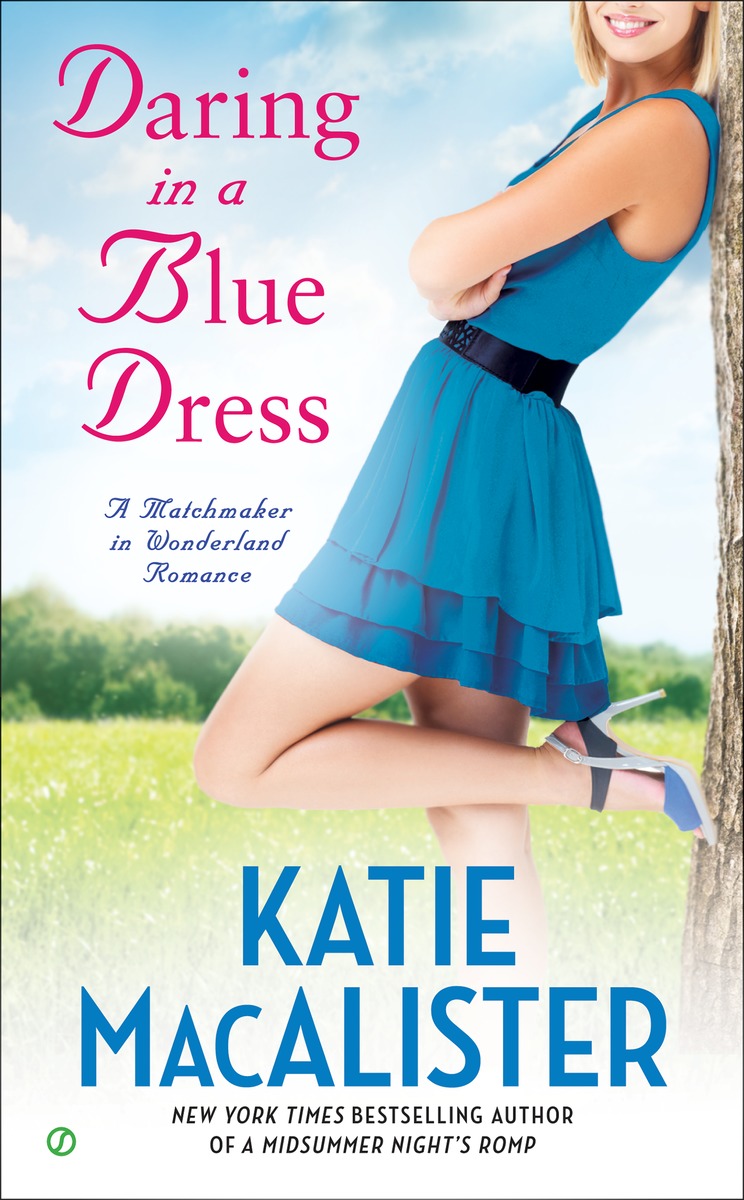 Daring in a Blue Dress by Katie MacAlister

Chivalry is far from dead in the third novel in the “gut-wrenchingly funny”* Matchmaker in Wonderland Romance series.

Stranded in England without money or a ticket home, Mercy Starling takes a job working for a medieval reenactment company. After all, who wouldn’t want to pretend to live in the past, wield swords and long bows, and dress up in armor? And the best part of her summer job is Bestwood Hall…or rather, its intriguing new owner. The painfully shy Alden Ainslie is overwhelmed by the medieval reenactors who invade the Tudor house he’s renovating, but he’s drawn to the bubbly Mercy. And he valiantly joins in the fun, dodging not just arrows, lances, and the odd sword thrust, but also some pretty suspicious—and potentially deadly—attacks on himself. Someone wants him to give up on the house. But Alden is desperate to prove himself—and win the heart of his lady fair… 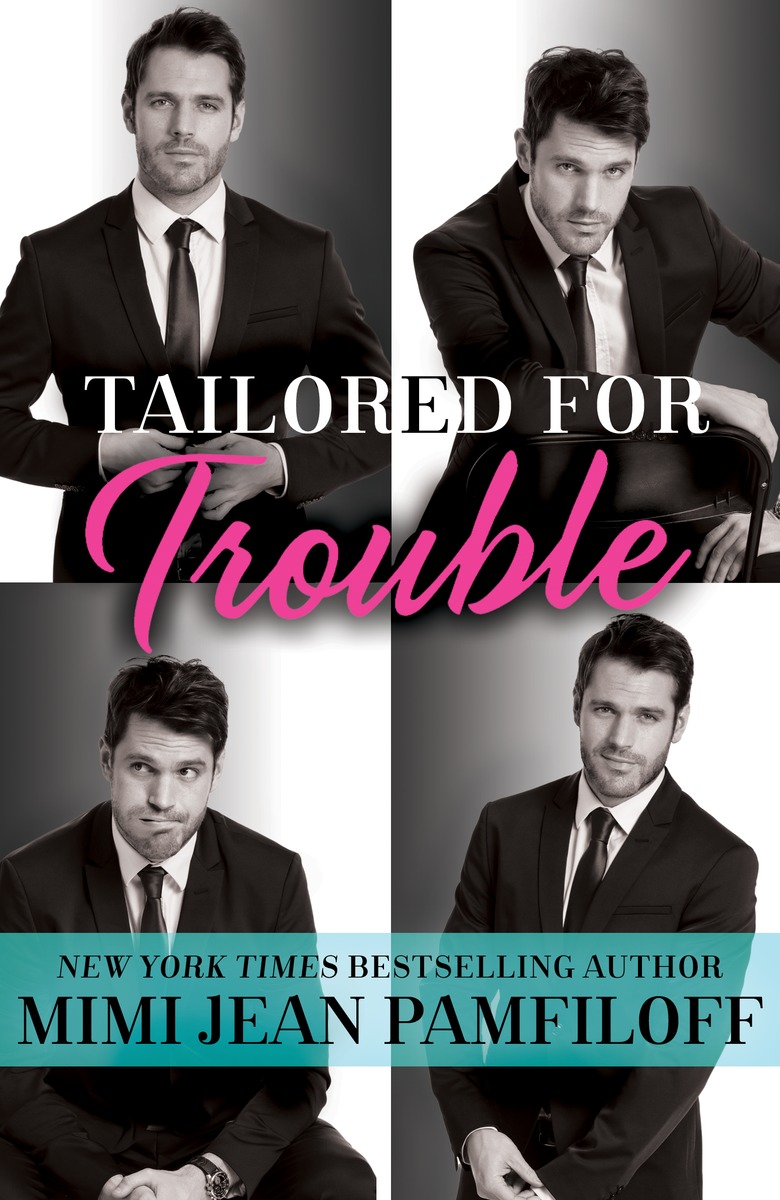 Bennett Wade is many things—arrogant, smug, brusque—but trusting isn’t one of them. Women just seem to be after his billions. So when he hires Taylor Reed, he has no desire to change. Bennett is trying to win over the feminist owner of a company he desperately wants to buy, but something about the fiery Taylor thaws the ice around his heart, making Bennett feel things he never quite planned on. And if there’s one thing Bennett can’t stand, it’s when things don’t go according to plan.

They are a match tailor-made for trouble.