Take Your Book Club to the Beach with these 9 Reads 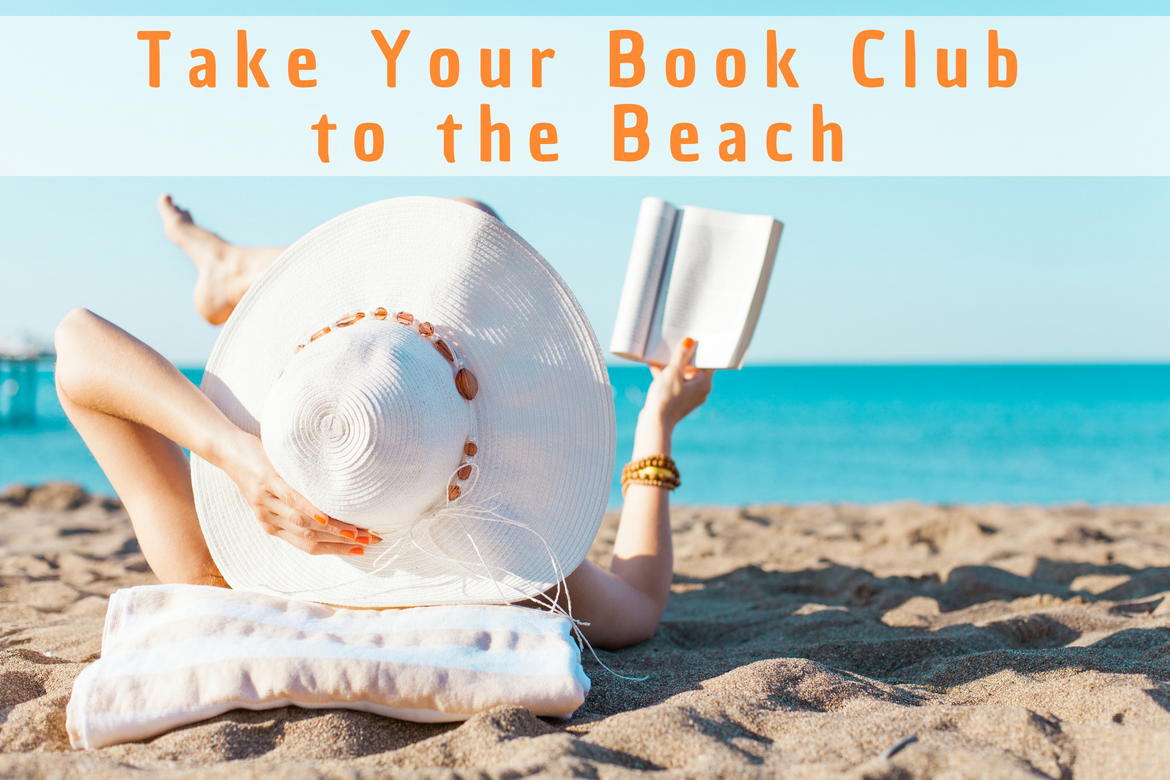 There’s nothing like having the salt wind in your hair, the sun on your face, and a great read in your hands. So, kick back, put your feet in the sand and check out these 9 book club reads that are perfect for summer beach days. 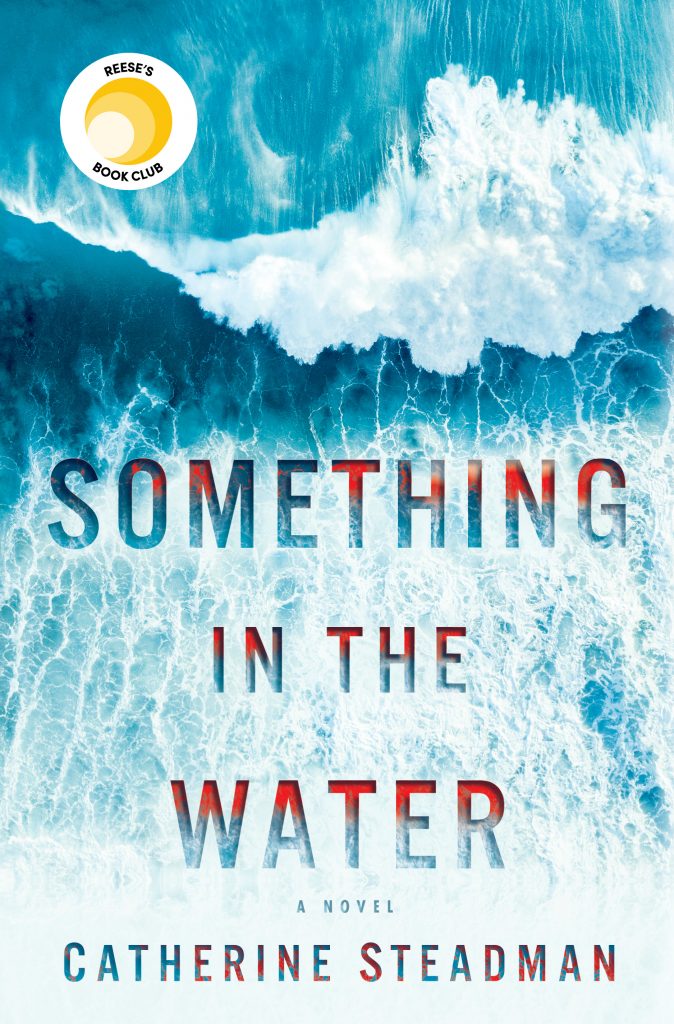 Something in the Water by Catherine Steadman

A shocking discovery on a honeymoon in paradise changes the lives of a picture-perfect couple in this taut psychological thriller debut—for readers of Ruth Ware, Paula Hawkins, and Shari Lapena.

Erin is a documentary filmmaker on the brink of a professional breakthrough, Mark a handsome investment banker with big plans. Passionately in love, they embark on a dream honeymoon to the tropical island of Bora Bora, where they enjoy the sun, the sand, and each other. Then, while scuba diving in the crystal blue sea, they find something in the water . . .

“A psychological thriller that captivated me from page one. What unfolds makes for a wild, page-turning ride! It’s the perfect beach read!” —Reese Witherspoon 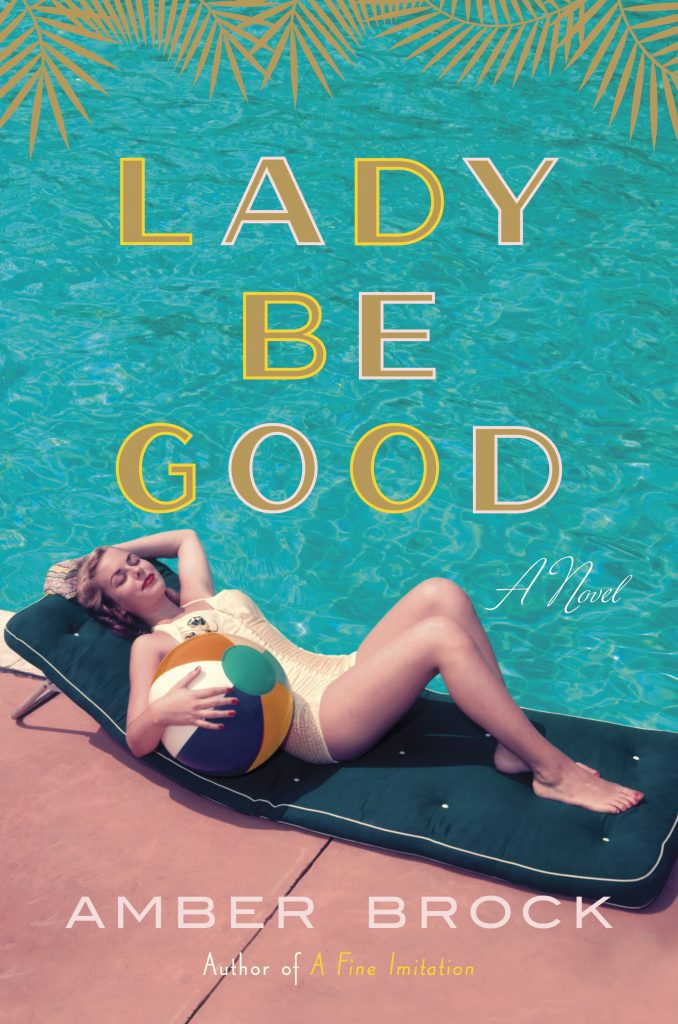 Lady Be Good by Amber Brock

Set in the 1950s, Lady Be Good is sweeping readers into the world of the mischievous, status-obsessed daughter of a hotel magnate and the electric nightlife of three iconic cities: New York, Miami, and Havana.

Kitty Tessler is the only child of self-made hotel and nightclub tycoon Nicolas Tessler. Kitty sees herself as every inch the socialite—spending her nights charming all the blue-blooded boys who frequent her father’s clubs. One day Kitty’s father issues a terrible ultimatum: she may no longer date the idle rich. Instead, Kitty must marry her father’s second-in-command, Andre, and take her place as the First Lady of his hotel empire.

Then Kitty meets Max and her plans take a turn. 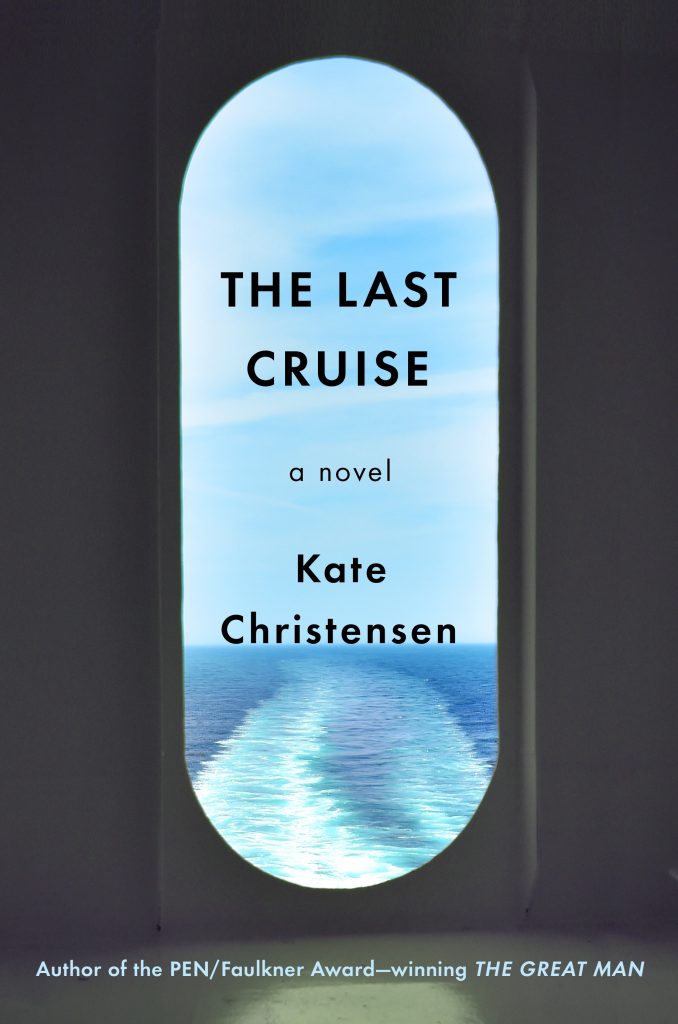 The Last Cruise by Kate Christensen

From the Award-winning author of The Great Man comes a riveting high-seas adventure.

The 1950s vintage ocean liner Queen Isabella is making her final voyage before heading to the scrapyard. For the guests on board, it’s a chance to experience the bygone mid-twentieth century era of decadent luxury cruising, complete with fine dining, classic highballs, string quartets, and sophisticated jazz. Smoking is allowed but not cell phones―or children, for that matter. The Isabella sets sail from Long Beach, California into calm seas on a two-week retro cruise to Hawaii and back.

But this is the second decade of an uncertain new millennium, not the sunny, heedless ’50s, and certain disquieting signs of strife and malfunction above and below decks intrude on the festivities. When a time of crisis begins, passengers Miriam find themselves facing the unknown together in an unexpected and startling test of their characters.

“Excellent . . . Above deck are wealthy vacationers dining on caviar and Lobster Thermidor. But below, conditions are hardly different from a Third World factory. Christensen gamely traverses both worlds in this waterborne upstairs-downstairs drama.”—The Wall Street Journal 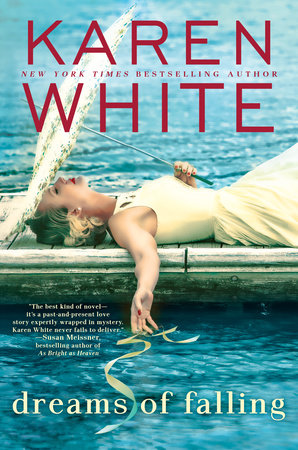 Dreams of Falling by Karen White

An evocative novel, set in the Lowcountry of South Carolina, about lifelong friends who share a devastating secret.

On the banks of the North Santee River stands a moss-draped oak that was once entrusted with the dreams of three young girls. Into the tree’s trunk, they placed their greatest hopes, written on ribbons, for safekeeping—including the most important one: Friends forever, come what may.

But life can waylay the best of intentions . . . 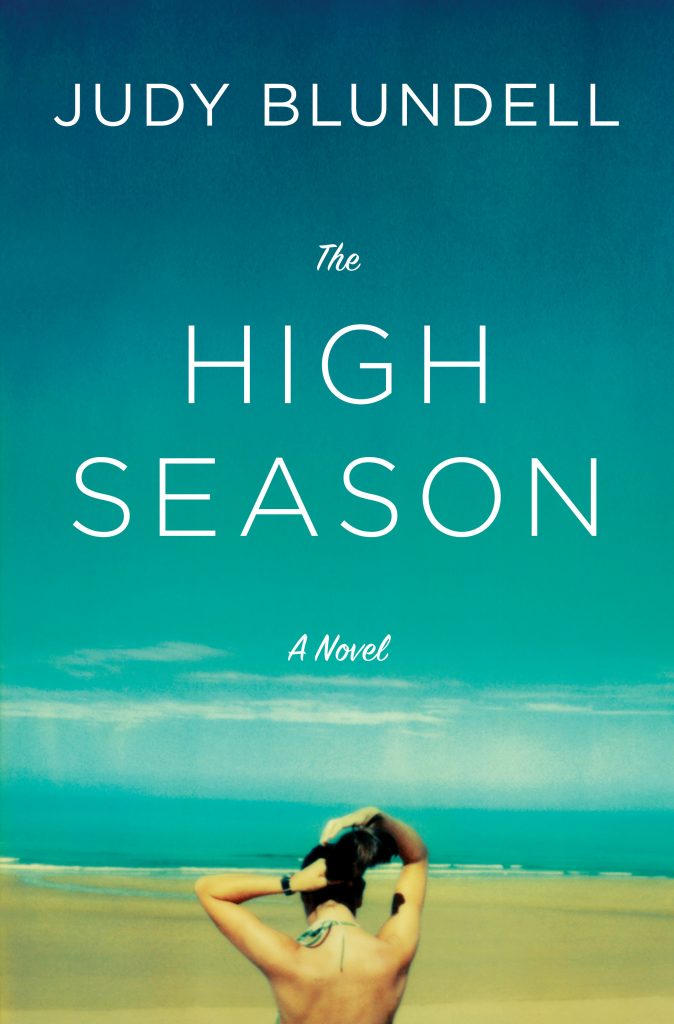 The High Season by Judy Blundell

It’s Memorial Day weekend and Ruthie has packed up the belongings of her Long Island beach home to make way for renters. This year, the Hamptons set has arrived. The widow of a blue-chip artist, Adeline Clay is elegant, connected, and accompanied by a “gorgeous satellite” stepson. But soon Adeline demonstrates an uncanny ability to help herself to Ruthie’s life—her house, her friends, even her ex-husband. And after her job as the director of a local museum is threatened, Ruthie finally decides to fight back, and by the end of one unhinged, unforgettable summer, nothing will be the same. 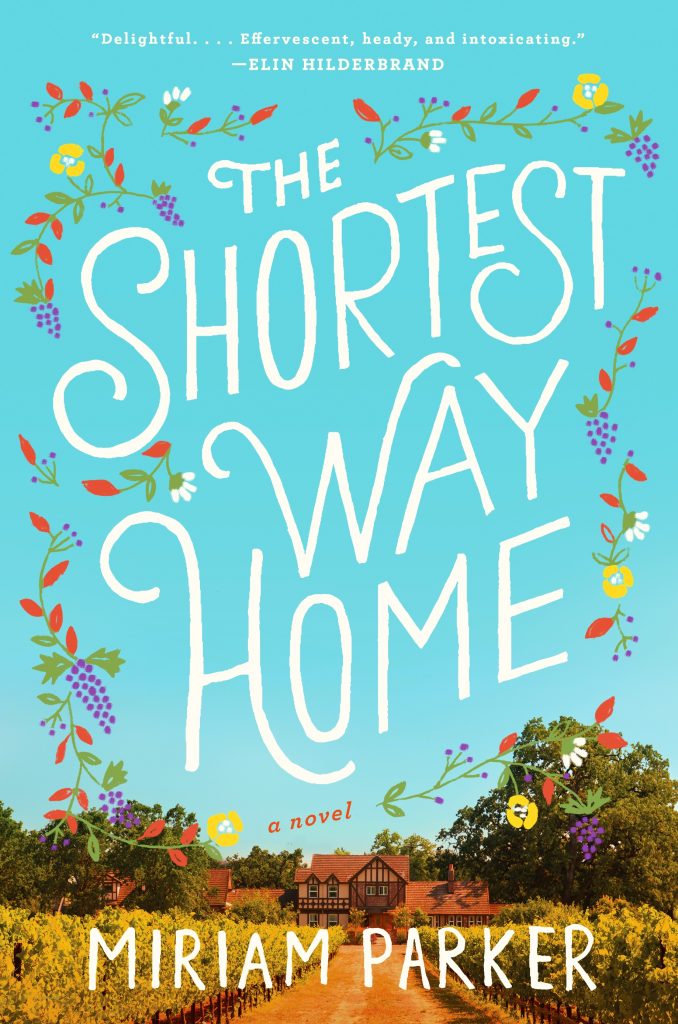 Crackling with humor and heart, The Shortest Way Home is the journey of one woman shedding expectations in order to claim her own happy ending.

Hannah is finally about to have everything she ever wanted. With a high-paying job, a Manhattan apartment, and a boyfriend about to propose, all she and Ethan have to do is make it through the last couple of weeks of grad school. But when, on a romantic weekend trip to Sonoma, Hannah is spontaneously offered a marketing job at a family-run winery and doesn’t immediately refuse, their meticulously planned forever threatens to come crashing down.

And then Hannah impulsively does the unthinkable—she takes a leap of faith. 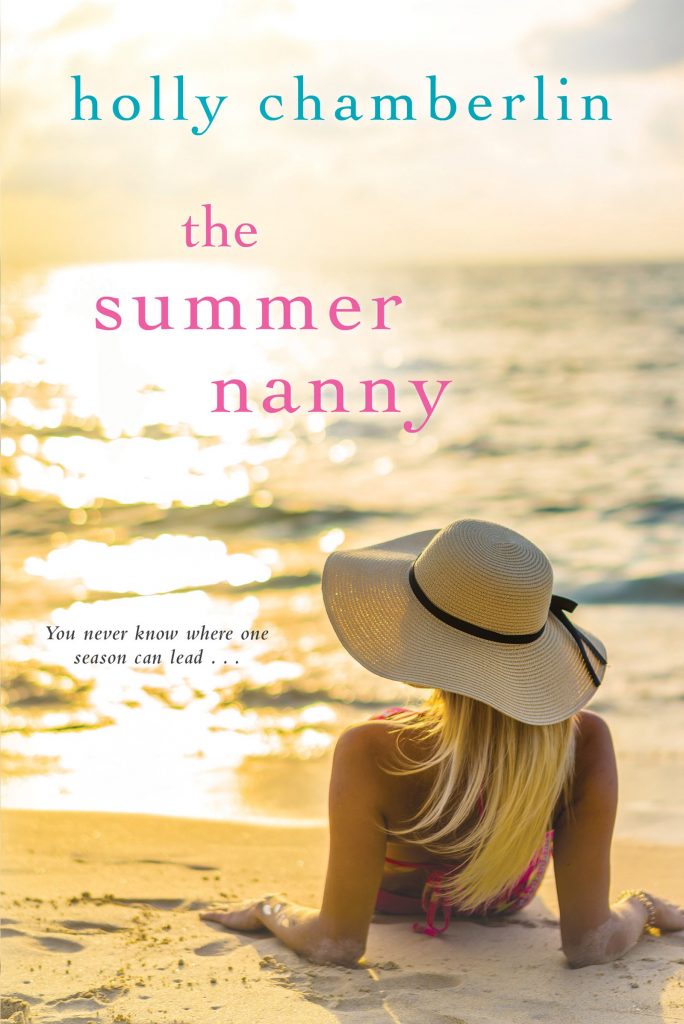 The Summer Nanny by Holly Chamberlin

Set against the beautiful backdrop of coastal Maine, a heartwarming novel tells of friendship, family, lessons learned, and newfound love—all under a summer sky.

Every June, the quiet beach town of Ogunquit is overtaken by wealthy families who hire local young women like Amy Latimer and Hayley Franklin to care for their children. Best friends since childhood, Amy and Hayley are eager to secure lucrative summer jobs. Amy wants to finance her upcoming move to Boston and Hayley hopes to squirrel away enough money so that her mom can finally leave her abusive husband.

Amy is immediately in thrall to her dynamic boss, Cressida Prior, so different from Amy’s mother, Leda.

Hayley’s employers, Jon and Marisa Whitby, are loving parents to their two-year-old twins and Jon’s son by a previous marriage, Ethan. For the first time, Hayley, usually so selfless, can’t help seeing him as an opportunity.

But the passing weeks bring complications and revelations, altering friendships, testing the bond between mothers and daughters, and proving that the ripples from a single season can last forever. 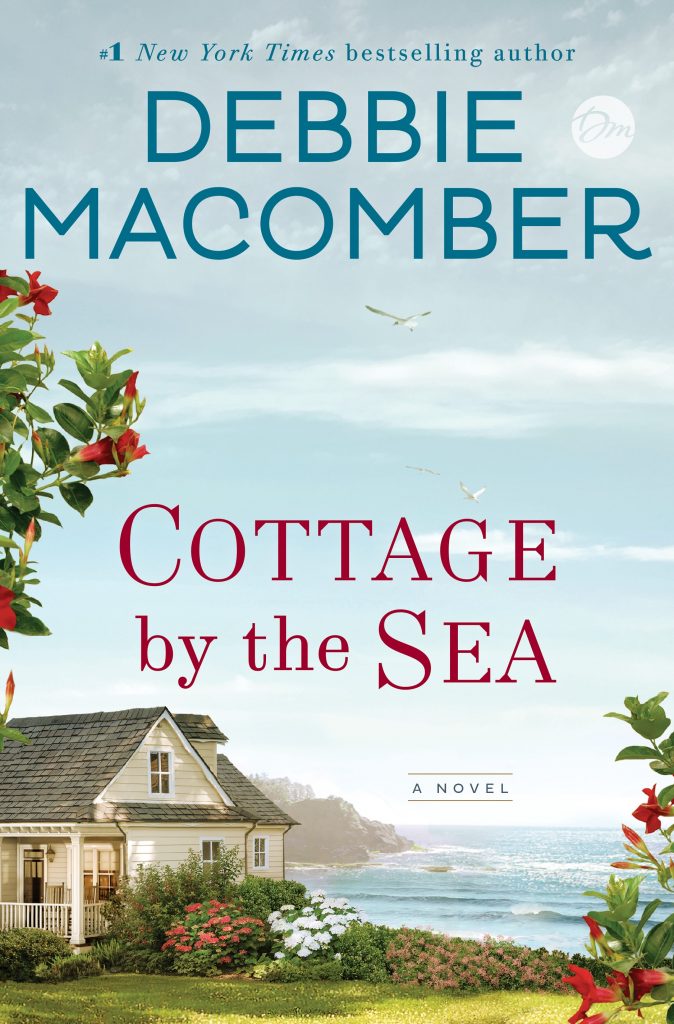 Cottage by the Sea by Debbie Macomber

A seaside town shall help one young woman reclaim the light after darkness in this heartwarming novel from #1 New York Times bestselling author Debbie Macomber.

Annie Marlow has been through the worst. Rocked by tragedy, she heads to the one place that makes her happy: Oceanside in the Pacific Northwest, the destination of many family vacations when Annie was a teenager.

Once there, Annie begins to restore her broken spirit, thanks in part to the folks she meets.

Then events threaten to undo the idyll Annie has come to enjoy. And when the opportunity of a lifetime lands in her lap, she is torn between the excitement of a new journey toward success and the safe and secure arms of the haven—and the man—she’s come to call home. 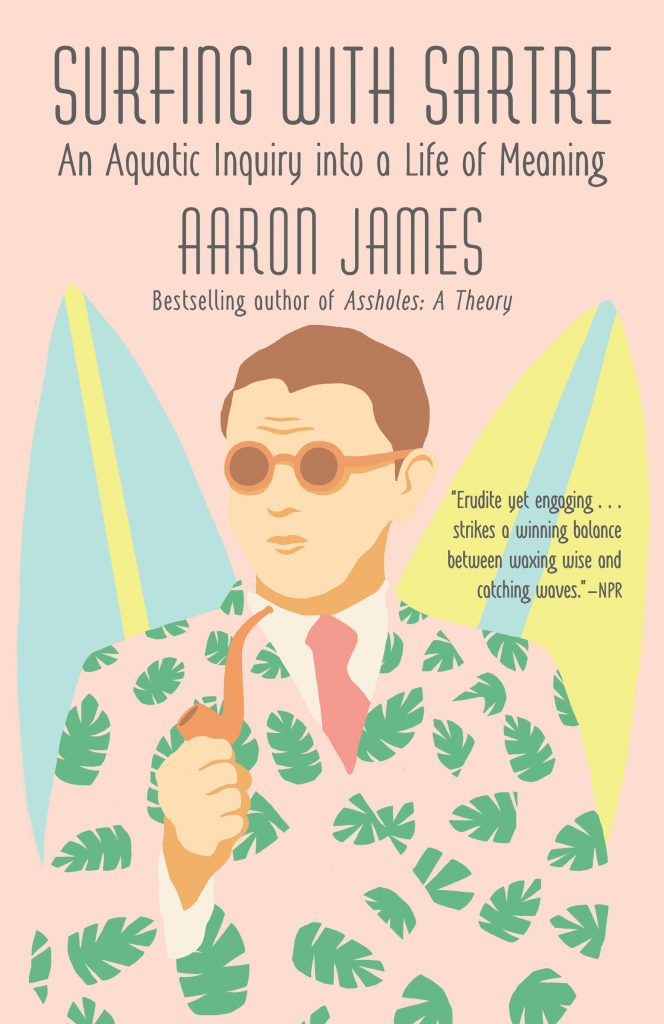 Surfing with Sartre: An Aquatic Inquiry into a Life of Meaning by Aaron James

Jean-Paul Sartre once declared waterskiing to be “the ideal limit of aquatic sports.” Aaron James, who is both an avid surfer and a professor of philosophy, vigorously disagrees.

In these pages, he presents his surfer’s worldview as a foil to Sartre’s, along the way elucidating such philosophical categories as freedom, being, phenomenology, morality, epistemology, and even the emerging values of what he terms “leisure capitalism.”

In developing his unique surfer’s philosophy, he draws from surf culture and lingo—and engages with philosophers from Aristotle to Wittgenstein. In the process, he speaks to those of us in search of personal and social meaning—particularly in our current anxious moment—by way of real, authentic philosophy. In or out of the water.

Make Your Next Read the Best Read

Diverse Mysteries & Thrillers to Add to Your Reading List 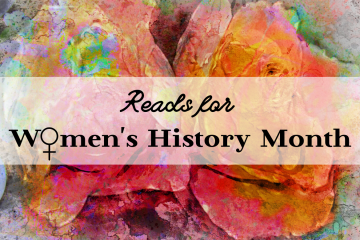 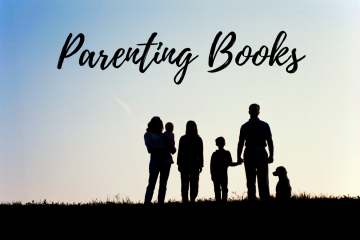 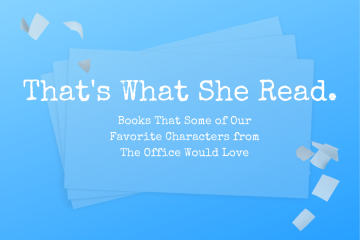 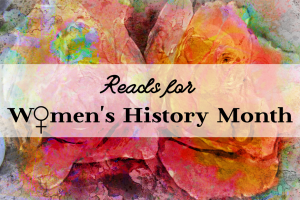 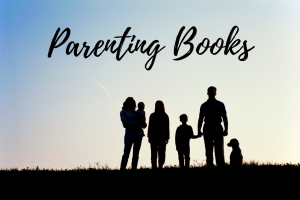 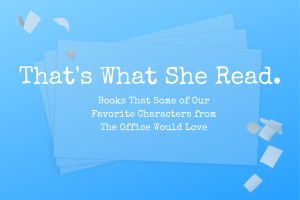 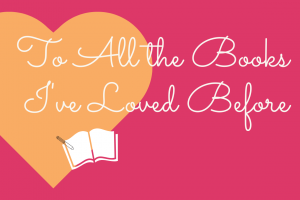 Romantic Reads That Will Make You Swoon 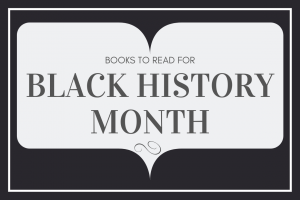