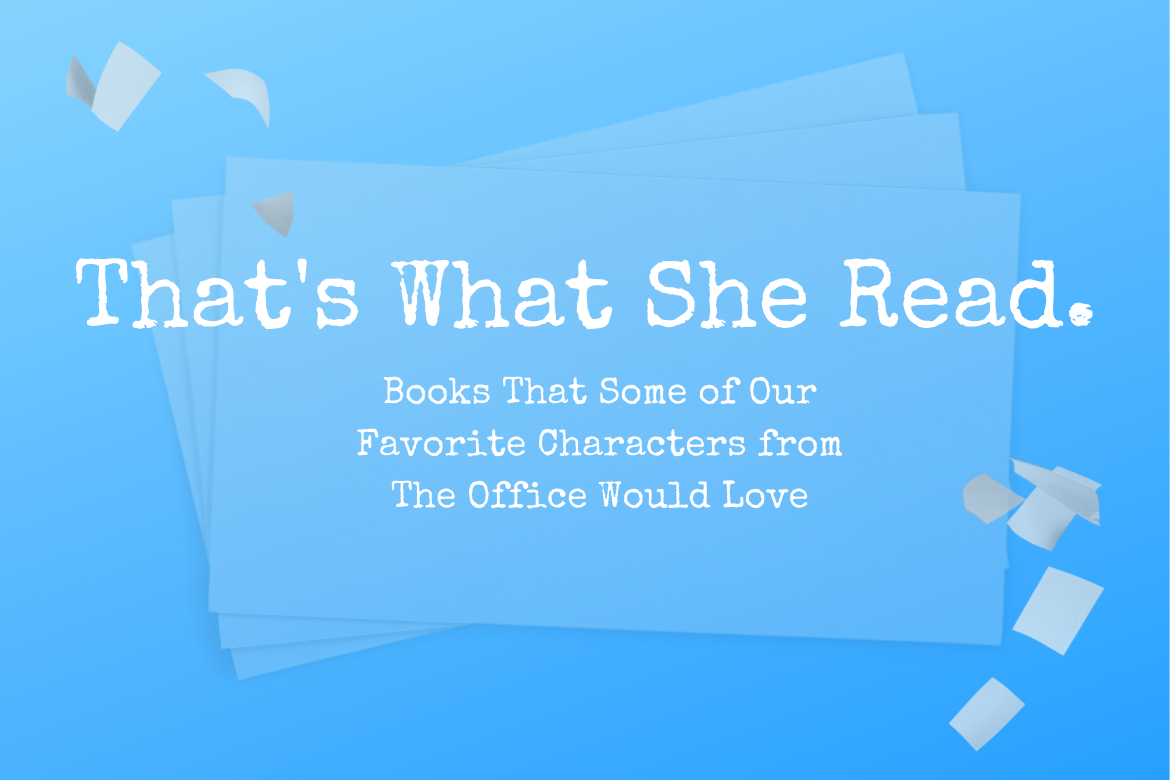 From books about cats for Angela to crossword compilations for Stanley, these picks will have you saying “that’s what she read.”

Plus, enter to win the ultimate fan bundle for The Office! 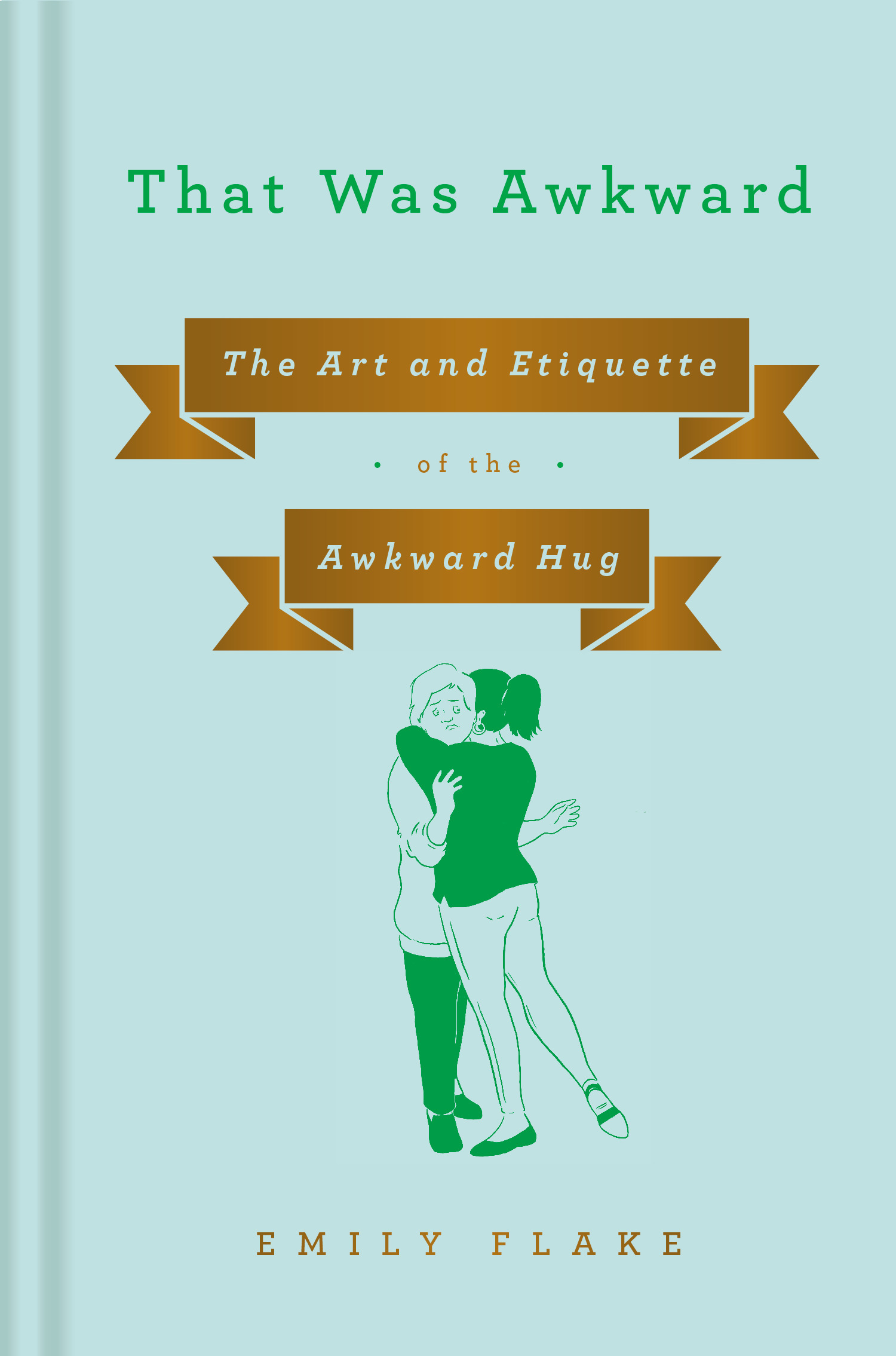 That Was Awkward: The Art and Etiquette of the Awkward Hug by Emily Flake

From New Yorker humorist Emily Flake, a hilarious, oddly enlightening book of illustrations, observations, and advice that embraces the inescapable awkwardness of two human beings attempting to make physical contact with each other.

We’ve all been there. You encounter the mother of your recent ex. That guy your best friend dated sophomore year. That friend-of-a-friend who you’ve met once but keeps popping up in your “People You May Know” feed. Do you shake hands? Do you hug? Do you–horrors–kiss on the cheek? And then the inevitable: The awkward hug. That cultural blight we’ve all experienced.

Emily Flake–keen observer of human behavior and life’s less-than-triumphant moments–codifies the most common awkward hugs that have plagued us all. 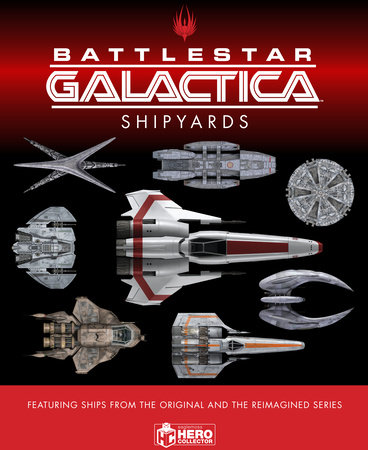 The Ships of Battlestar Galactica by Jo Bourne, Neil Kelly and Richard Mead

Featuring ships of both the Colonial Fleet and the Cylons from the original 1978 US TV series, the reimagined series from 2003, and the ten-part web series Blood & Chrome, this book provides in-universe profiles and plans of the key spacecraft of the shows.

The Science Fiction series Battlestar Galactica first screened on US TV in 1978 and ran for 34 episodes. The groundbreaking show, with its dramatic premise, all-star cast and sensational space adventure, acquired a huge popular following and quickly became a best-loved show among fans of science science fiction and beyond. The show returned to TV screens in 2003 in a critically acclaimed and award-winning reimagined series, with Time Magazine naming it one of the ‘100 Best TV Shows of All Time.’ 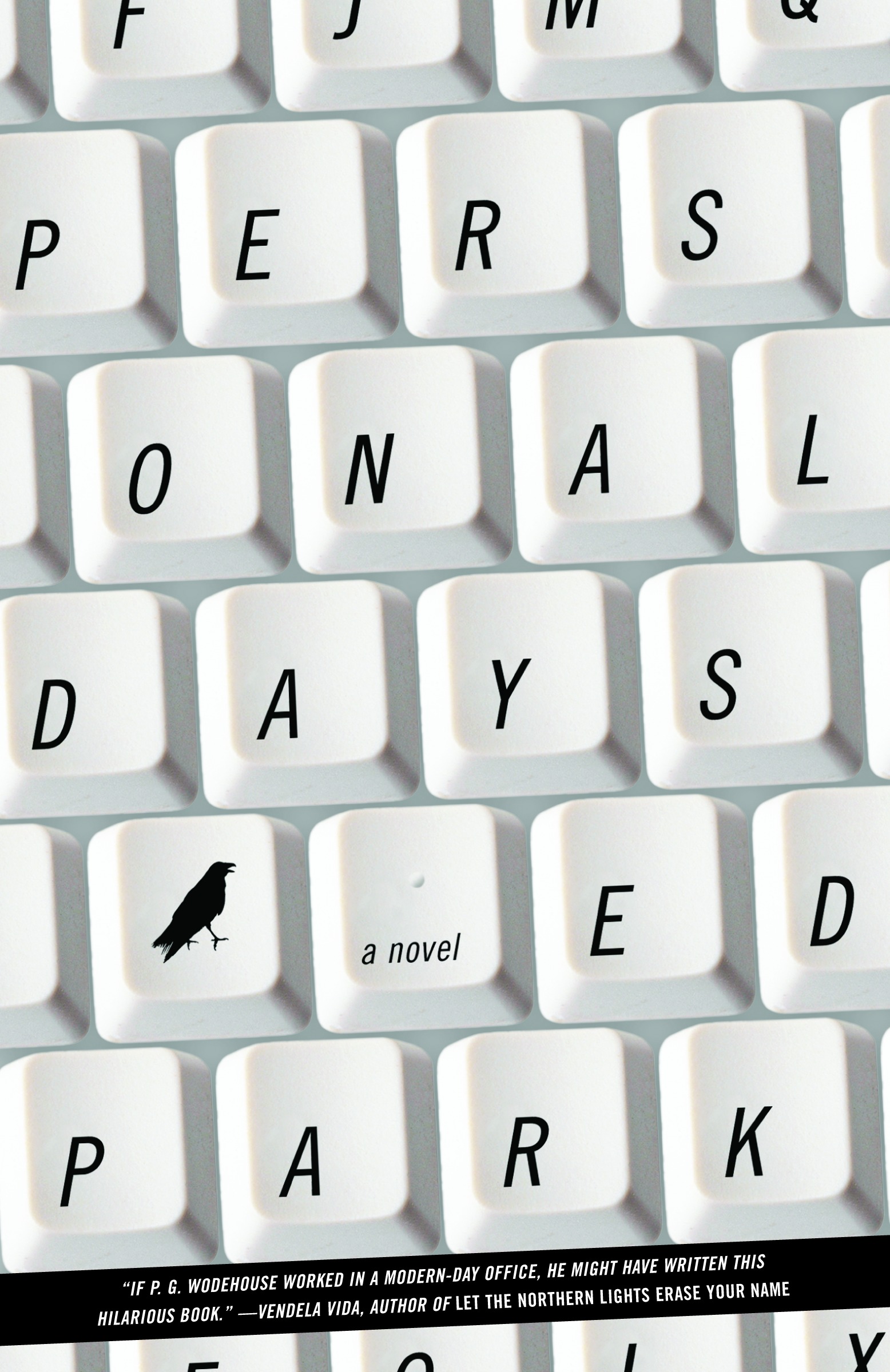 “So this is my life. Until I win the lottery. Or Pam finally writes that series of young adult books.”—Jim Halpert

In an unnamed New York-based company, the employees are getting restless as everything around them unravels. There’s Pru, the former grad student turned spreadsheet drone; Laars, the hysteric whose work anxiety stalks him in his tooth-grinding dreams; and Jack II, who distributes unwanted backrubs—aka “jackrubs”—to his co-workers.

On a Sunday, one of them is called at home. And the Firings begin.
Rich with Orwellian doublespeak, filled with sabotage and romance, this astonishing literary debut is at once a comic delight and a narrative tour de force. It’s a novel for anyone who has ever worked in an office and wondered: “Where does the time go? Where does the life go? And whose banana is in the fridge?” The Joy of Botanical Drawing: A Step-by-Step Guide to Drawing and Painting Flowers, Leaves, Fruit, and More by Wendy Hollender

A gorgeous, easy-to-follow, and inspiring guide to stunningly realistic botanical drawing that covers everything you need to draw our natural world.

Achieve amazingly realistic and vibrant botanical illustrations, from flowers so dazzling you feel as if you might be able to smell them, to tomatoes that look as if they’ve just been picked from the garden. Wendy Hollender is known for her vivid, detailed, and inspiring illustrations and in The Joy of Botanical Drawing, she helps you take your art to the next level by sharing her perfected techniques through short lessons that start simple, then build on the basics with easy-to-use and clear step-by-step illustrations. Using colored pencils and watercolor pencils, Hollender shows you how to accomplish scientifically accurate botanical portraits of a spiraling pine cone, a spiky chestnut, a fuchsia-tined radish, a graceful morning glory, and many more. 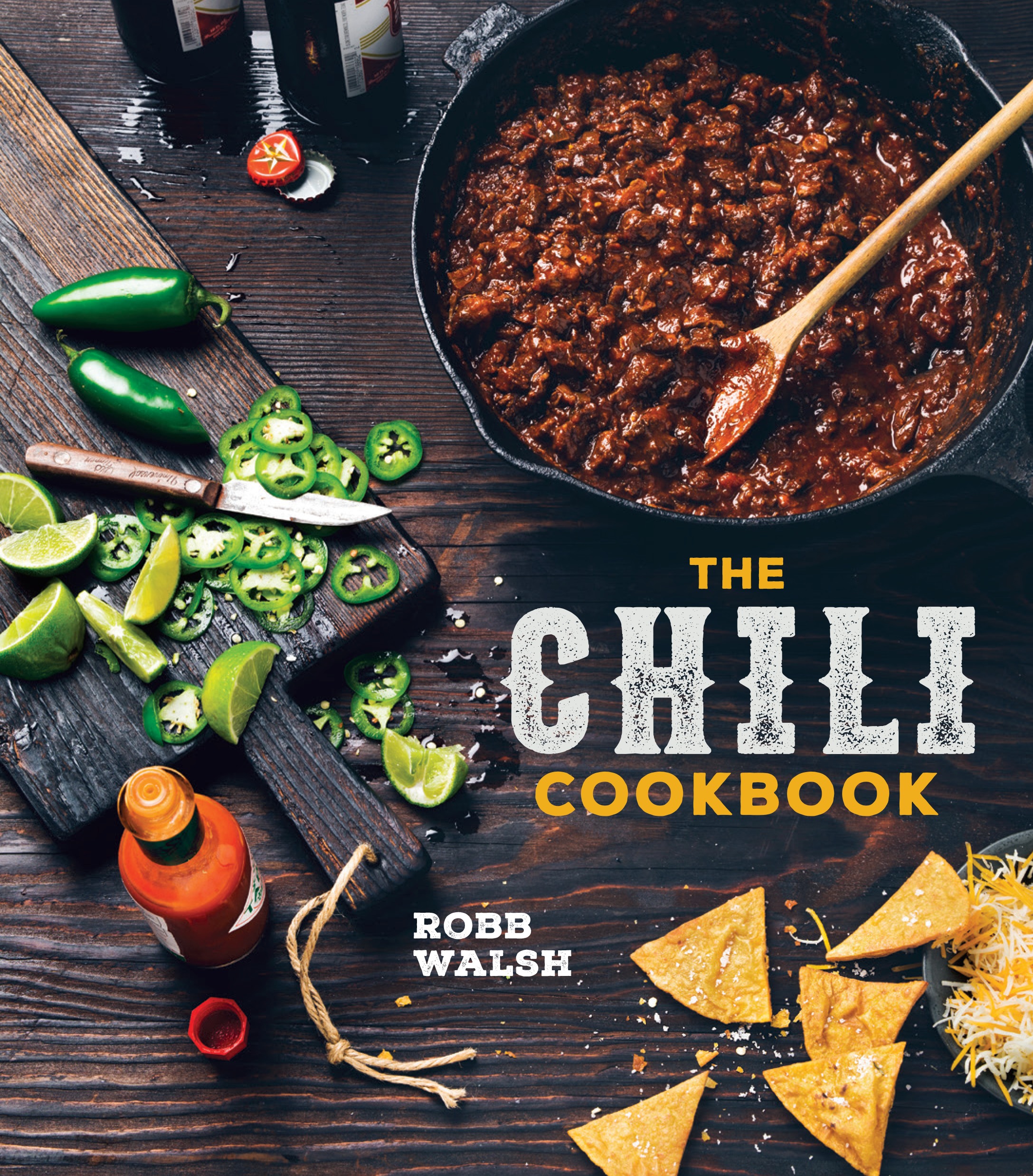 The Chili Cookbook: A History of the One-Pot Classic, with Cook Off Worthy Recipes from Three-Bean to Four-Alarm and Con Carne to Vegeterian by Robb Walsh

Americans love chili. Whether served as a hearty family dinner, at a potluck with friends, or as the main dish at a football-watching party, chili is a crowd-pleaser. It’s slathered over tamales in San Antonio, hot dogs in Detroit, and hamburgers in Los Angeles. It’s ladled over spaghetti in Cincinnati, hash browns in St. Louis, and Fritos corn chips in Santa Fe.

In The Chili Cookbook, award-winning author Robb Walsh digs deep into the fascinating history of this quintessential American dish. Who knew the cooking technique traces its history to the ancient Aztecs, or that Hungarian goulash inspired the invention of chili powder? 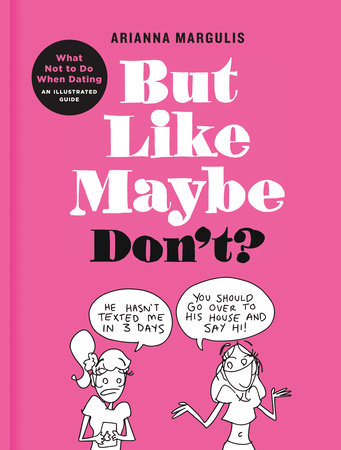 But Like Maybe Don’t? What Not to Do When Dating: An Illustrated Guide by Arianna Margulis

The creator of the Instagram sensation But Like Maybe takes us on an illustrated journey through her worst dating mistakes—a hilarious, hopeful guide to what you need to get wrong in love before you get it right.

Arianna Margulis’s pen was set aflame when a boyfriend took her for a walk in Central Park. She was sneak-attack dumped because she “interfered with his meditation schedule.” After a few sobs, she found her way to a Sharpie, doodled the hilarity and the heartbreak, and But Like Maybe was born. As her cartoons became an Instagram cult hit, Arianna chronicled her misadventures through modern love via a crop-topped doppelganger, equal parts optimistic and anxious, who holds tight to the belief that bae is out there.

Now, with 70 never-before-seen toons, her first book is a witty and winning primer on what not to do when dating. Inspired by all the ways Arianna’s gone wrong in her search for love, from planning matching outfits with her high school boyfriend without his knowledge to deplaning an aircraft because her crush texted, this charming and off-kilter anti-guide gently leads you to what matters: realizing that you’re already pretty awesome. Crafting with Cat Hair: Cute Handicrafts to Make with Your Cat by Kaori Tsutaya; Translated by Amy Hirschman

Are your favorite sweaters covered with cat hair? Do you love to make quirky and one-of-a-kind crafting projects? If so, then it’s time to throw away your lint roller and curl up with your kitty! Crafting with Cat Hair shows readers how to transform stray clumps of fur into soft and adorable handicrafts. From kitty tote bags and finger puppets to fluffy cat toys, picture frames, and more, these projects are cat-friendly, eco-friendly, and require no special equipment or training. You can make most of these projects in under an hour—with a little help, of course, from your feline friends! 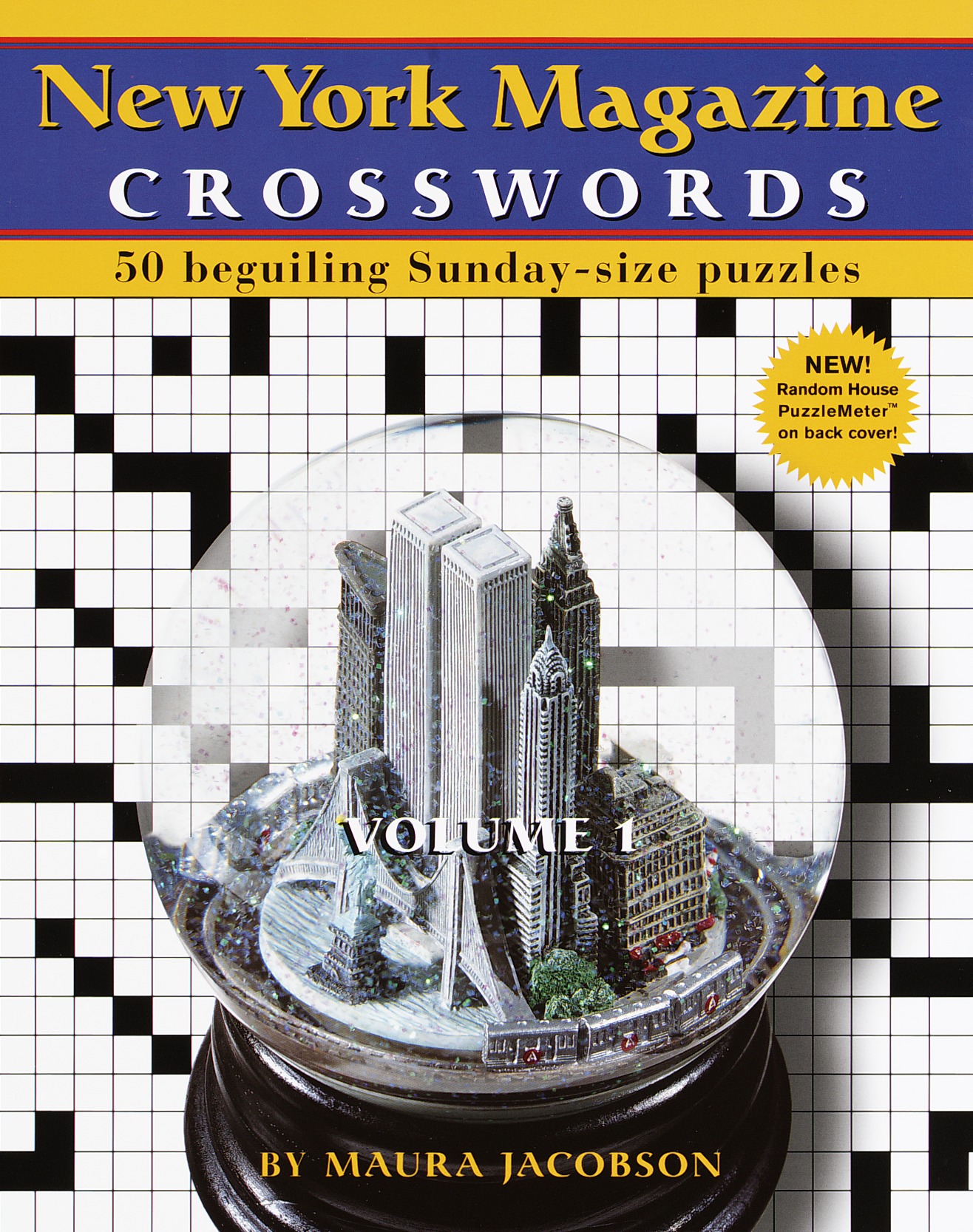 The first omnibus in the New York Magazine series! 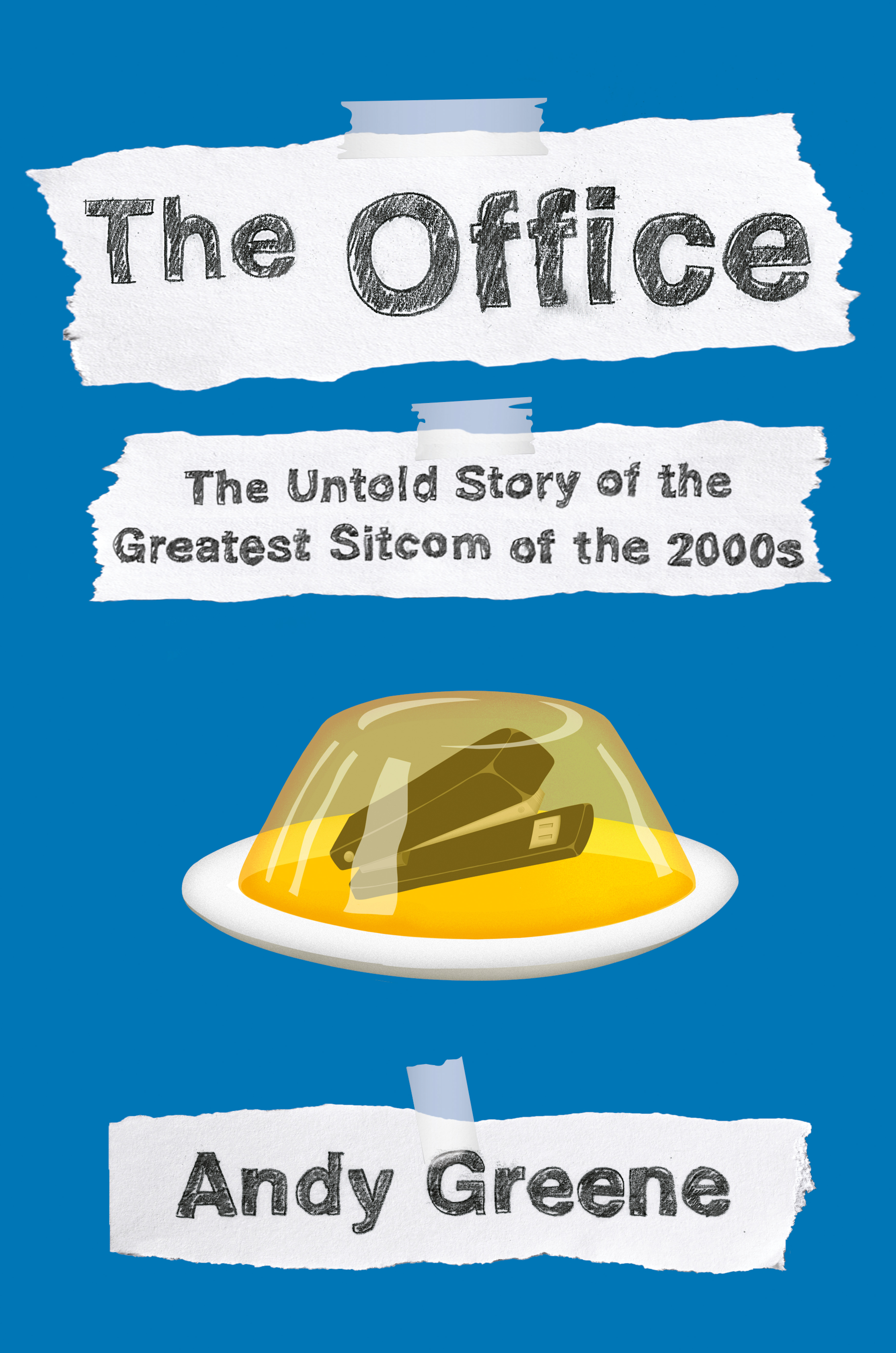 The Office: The Untold Story of the Greatest Sitcom of the 2000s by Andy Greene

The untold stories behind The Office, one of the most iconic television shows of the twenty-first century, told by its creators, writers, and actors.

When did you last hang out with Jim, Pam, Dwight, Michael, and the rest of Dunder Mifflin? It might have been back in 2013, when the series finale aired . . . or it might have been last night, when you watched three episodes in a row. But either way, fifteen years after the show first aired, it’s more popular than ever, and fans have only one problem–what to watch, or read, next.

Fortunately, Rolling Stone writer Andy Greene has that answer. In his brand-new oral history, The Office: The Untold Story of the Greatest Sitcom of the 2000s, Greene will take readers behind the scenes of their favorite moments and characters. Greene gives us the true inside story behind the entire show, from its origins on the BBC through its impressive nine-season run in America, with in-depth research and exclusive interviews. Fans will get the inside scoop on key episodes from “The Dundies” to “Threat Level Midnight” and “Goodbye, Michael,” including behind-the-scenes details like the battle to keep it on the air when NBC wanted to pull the plug after just six episodes and the failed attempt to bring in James Gandolfini as the new boss after Steve Carell left, spotlighting the incredible, genre-redefining show created by the family-like team, who together took a quirky British import with dicey prospects and turned it into a primetime giant with true historical and cultural significance. 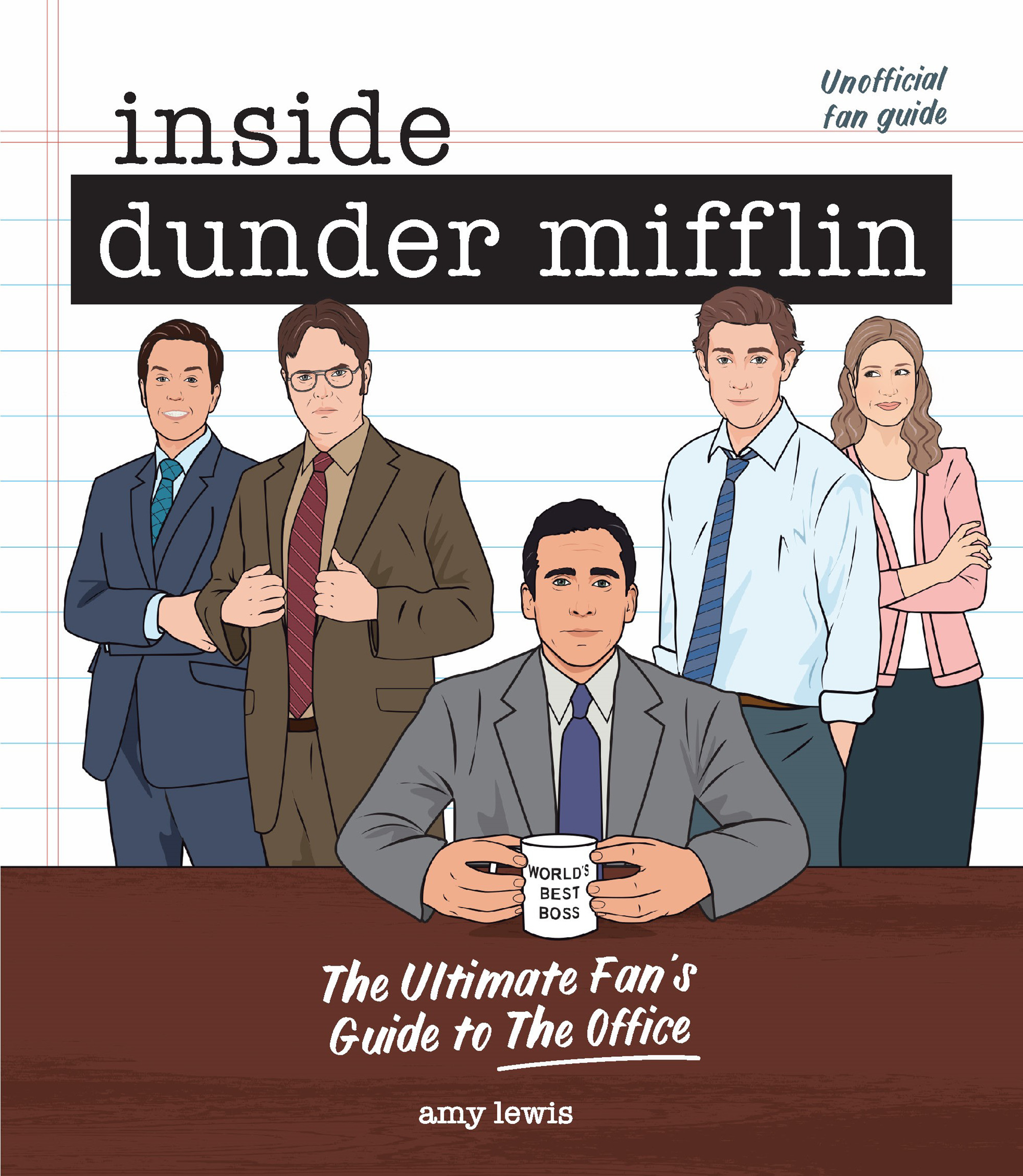 Inside Dunder Mifflin: The Ultimate Fan’s Guide to The Office by Amy Lewis

This is the ultimate companion for any fan of The Office, which is basically anyone with a pulse (and access to a Netflix account).

While it’s been five years since The Office ended, the show’s stellar writing, incredible cast, relatability, and sheer lovability has meant that it continues to increase in popularity due to being accessible on streaming platforms like Netflix. The hit workplace comedy has charmed millions of viewers with its wit and warm heart.

With Inside Dunder Mifflin you can take the “What’s your management style?” quiz to find out if you’re a Michael Scott, a Robert California, or an Andy Bernard. Or find out who would win in a romance battle between Jim and Pam and Phyllis and Bob. Then get everything you need to know about crushing your enemies (who may or may not also be your best friends) from Dwight Schrute, dress for success with Andy Bernard, and take advice from Michael Scott’s Ultimate Guide to Business.

You’ll be laughing overtime while listening to your favorite Office actors on audio:

Romantic Reads That Will Make You Swoon