Immerse yourself in this collection of riveting true-crime—including tales of women in organized crime, mysterious deaths, a family of serial killers, and more. 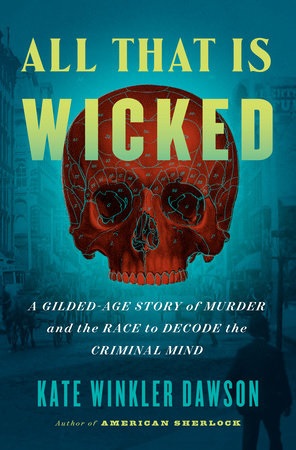 All That Is Wicked: A Gilded-Age Story of Murder and the Race to Decode the Criminal Mind by Kate Winkler Dawson

Acclaimed crime historian, podcaster, and author of American Sherlock Kate Winkler Dawson tells the thrilling story of Edward Rulloff—a serial murderer who was called “too intelligent to be killed”—and the array of 19th century investigators who were convinced his brain held the key to finally understanding the criminal mind.

“Dawson seamlessly weaves in examples from the lives of more famous killers, like Ted Bundy, to draw parallels about what makes a serial killer tick. Meticulously researched and incredibly fascinating, true-crime fans will enjoy this look into a lesser-known killer and the men who studied him.”—Booklist

“Ceaselessly engaging, gorgeously researched, and—true crime fan or not—impossible to put down. Warning: read it with all the lights on.”—Karen Abbott, author of The Ghosts of Eden Park 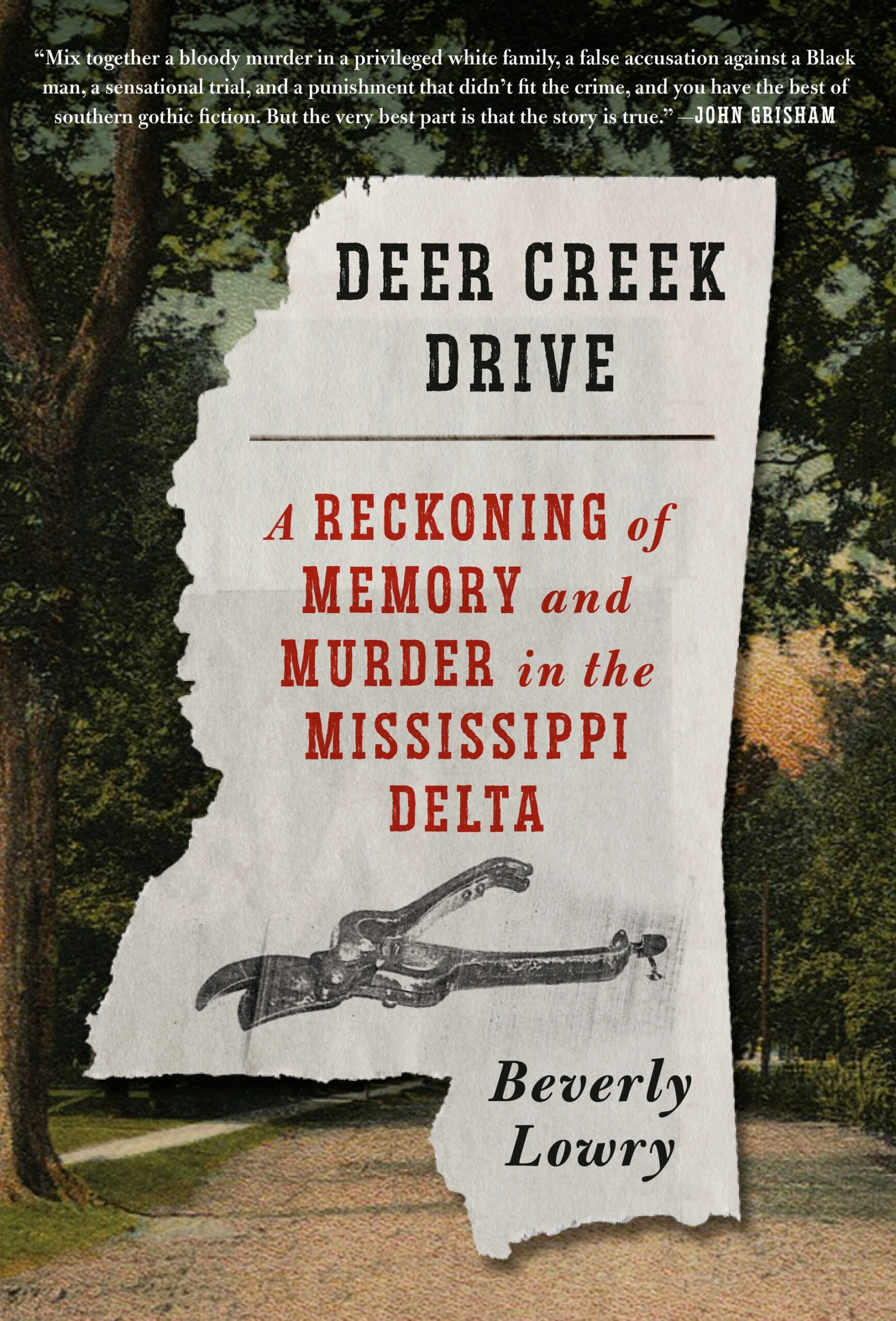 Deer Creek Drive: A Reckoning of Memory and Murder in the Mississippi Delta by Beverly Lowry

The stunning true story of a murder that rocked the Mississippi Delta and forever shaped one author’s life and perception of home.

“Mix together a bloody murder in a privileged white family, a false accusation against a Black man, a suspicious town, a sensational trial with colorful lawyers, and a punishment that didn’t fit the crime, and you have the best of southern gothic fiction. But the very best part is that the story is true.”—John Grisham 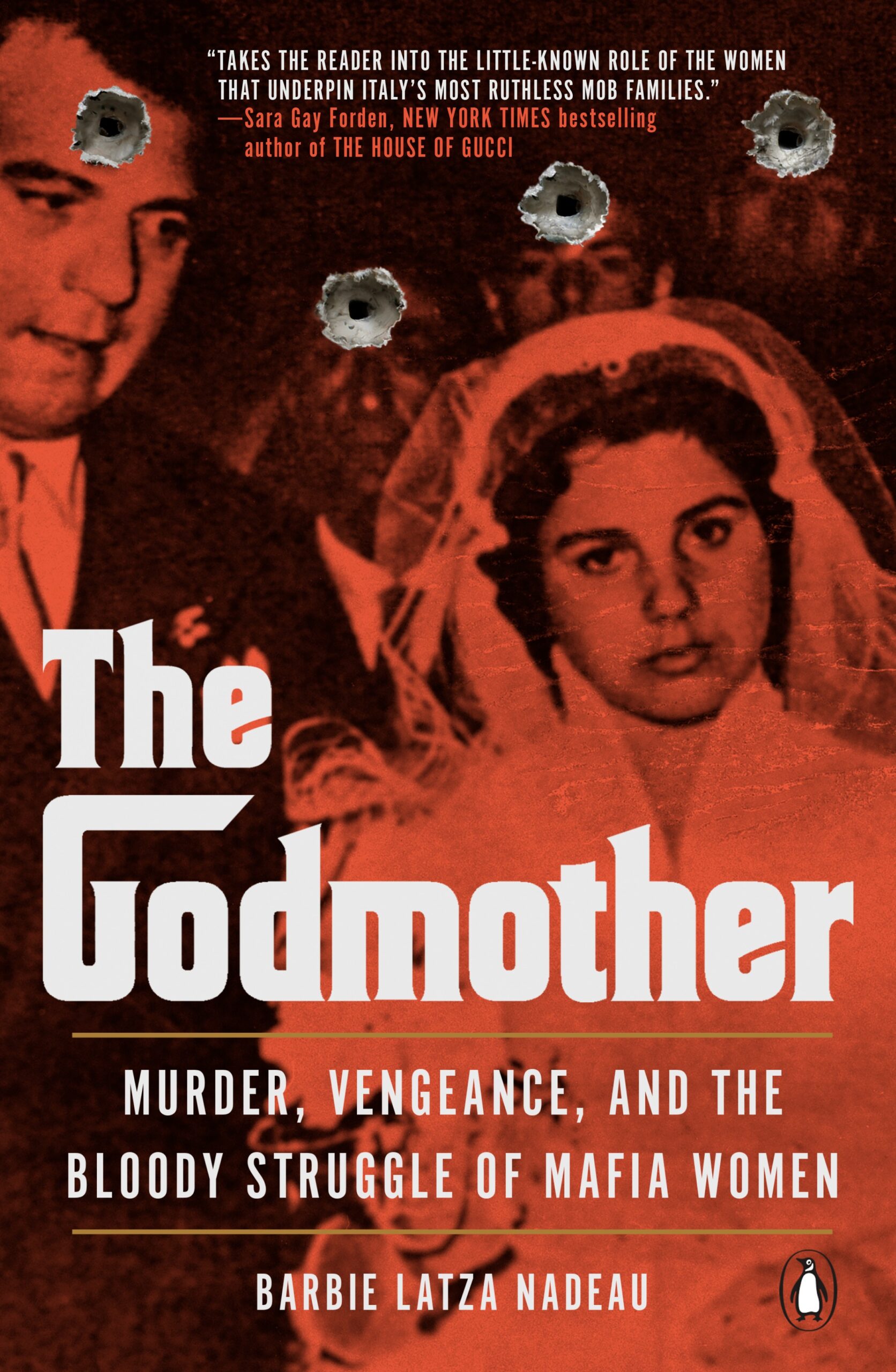 The Godmother: Murder, Vengeance, and the Bloody Struggle of Mafia Women by Barbie Latza Madeau

The chilling story of one woman’s rise to prominence in the Italian Mafia, and the as-yet untold stories of the women who followed in her footsteps. 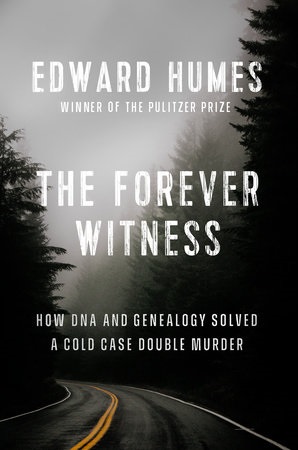 The Forever Witness: How DNA and Genealogy Solved a Cold Case Double Murder by Edward Humes

A relentless detective and an amateur genealogist solve a haunting cold case—and launch a crime-fighting revolution that tests the fragile line between justice and privacy.

“Humes’ writing is suspenseful yet also journalistic, providing fascinating details about the case, technological advances in police work, and genetic genealogy. A winner for any fan of true crime.”—Booklist, starred review 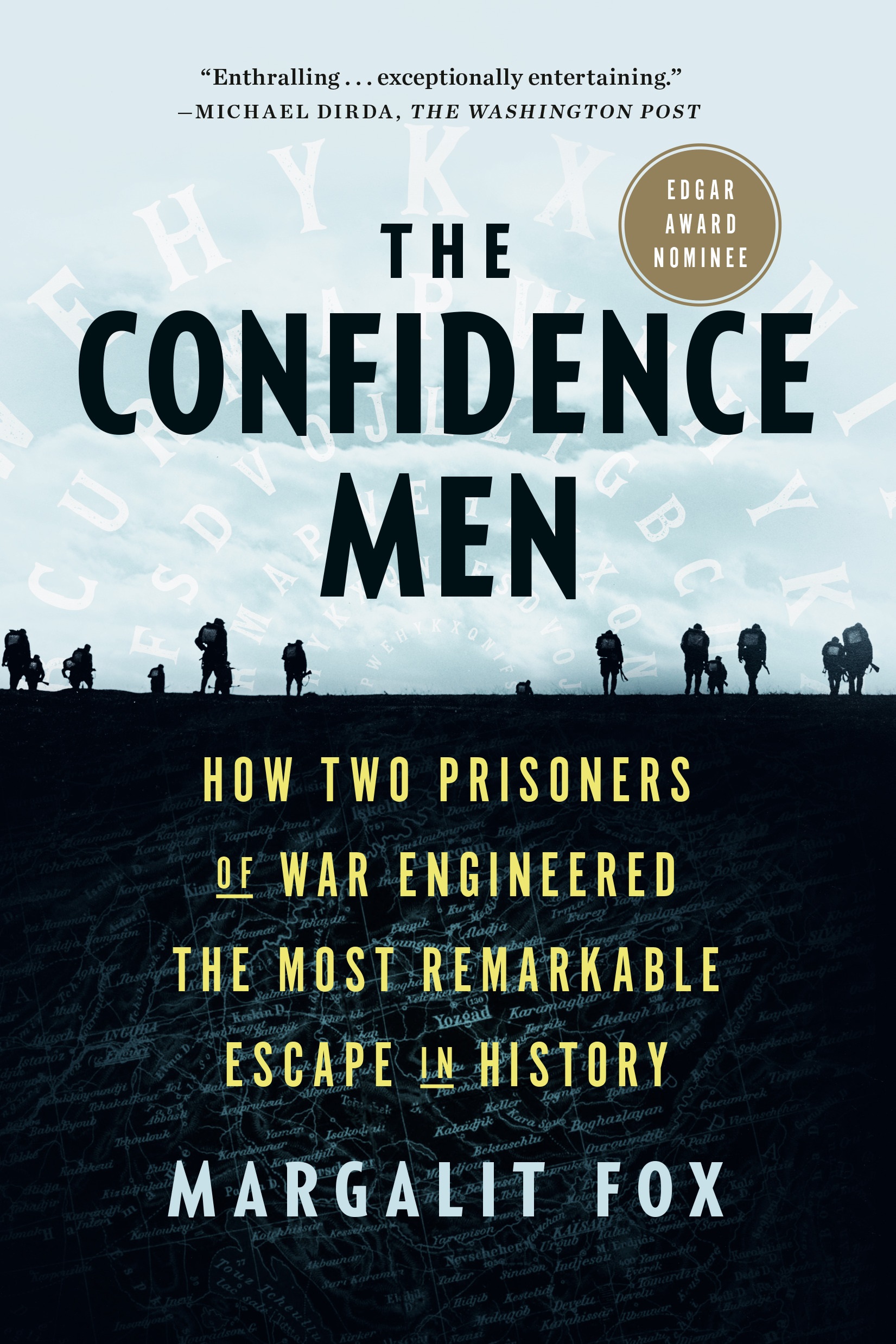 The Confidence Men: How Two Prisoners of War Engineered the Most Remarkable Escape in History by Margalit Fox

Finalist for the Edgar® Award

The Great Escape for the Great War: the astonishing true story of two World War I prisoners who pulled off one of the most ingenious escapes of all time.

“Margalit Fox is one of the premier narrative storytellers we have today, and The Confidence Men is a wonderfully entertaining brew of history, thrills, and ingenuity, one that highlights the rare occasion when con artistry is employed for the greater public good.”—Sarah Weinman, author of The Real Lolita and editor of Unspeakable Acts: True Tales of Crime, Murder, Deceit, and Obsession 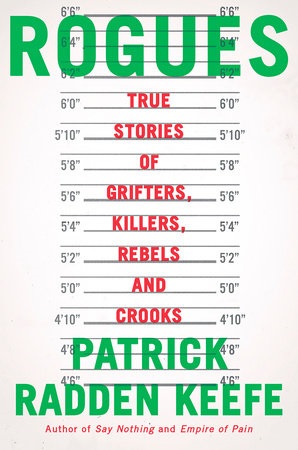 From the prize-winning, New York Times bestselling author of Empire of Pain and Say Nothing—and one of the most decorated journalists of our time—twelve enthralling stories of skulduggery and intrigue.

“Patrick Radden Keefe is a brilliant writer, and each of these pieces reminds you that this world and the people in it are more interesting, complicated and moving than you had allowed yourself to imagine. Rogues is a marvel, showcasing the work of a reporter at the absolute top of his game.”—Daniel Alarcón, author of The King is Always Above the People 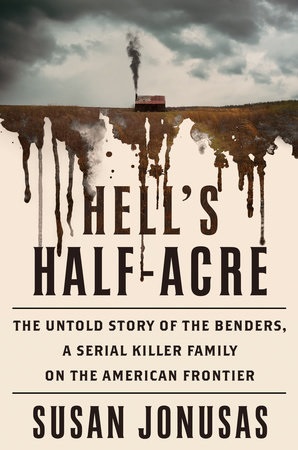 Hell’s Half Acre: The Untold Story of the Benders, a Serial Killer Family on the American Frontier by Susan Jonusas

A suspense filled tale of murder on the American frontier—shedding new light on a family of serial killers in Kansas, whose horrifying crimes gripped the attention of a nation still reeling from war.

“Rich in historical perspective and graced by novelistic touches, grips the reader from first to last.”—The Wall Street Journal 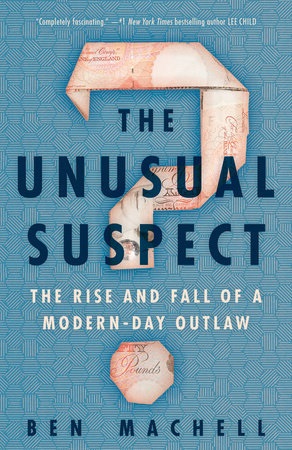 The Unusual Suspect: The Rise and Fall of a Modern-Day Outlaw by Ben Machell

The remarkable true story of a modern-day Robin Hood: a British college student who started robbing banks as the financial crisis unfolded. 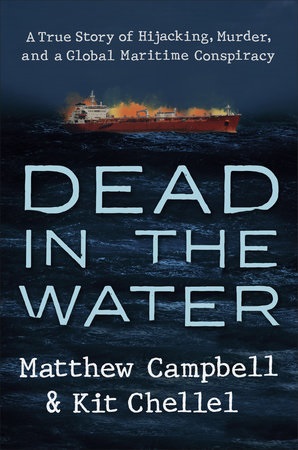 Dead in the Water: A True Story of Hijacking, Murder, and a Global Maritime Conspiracy by Matthew Campbell and Kit Chellel

From award-winning journalists Matthew Campbell and Kit Chellel, the gripping, true-crime story of a notorious maritime hijacking at the heart of a massive conspiracy—and the unsolved murder that threatened to unravel it all. 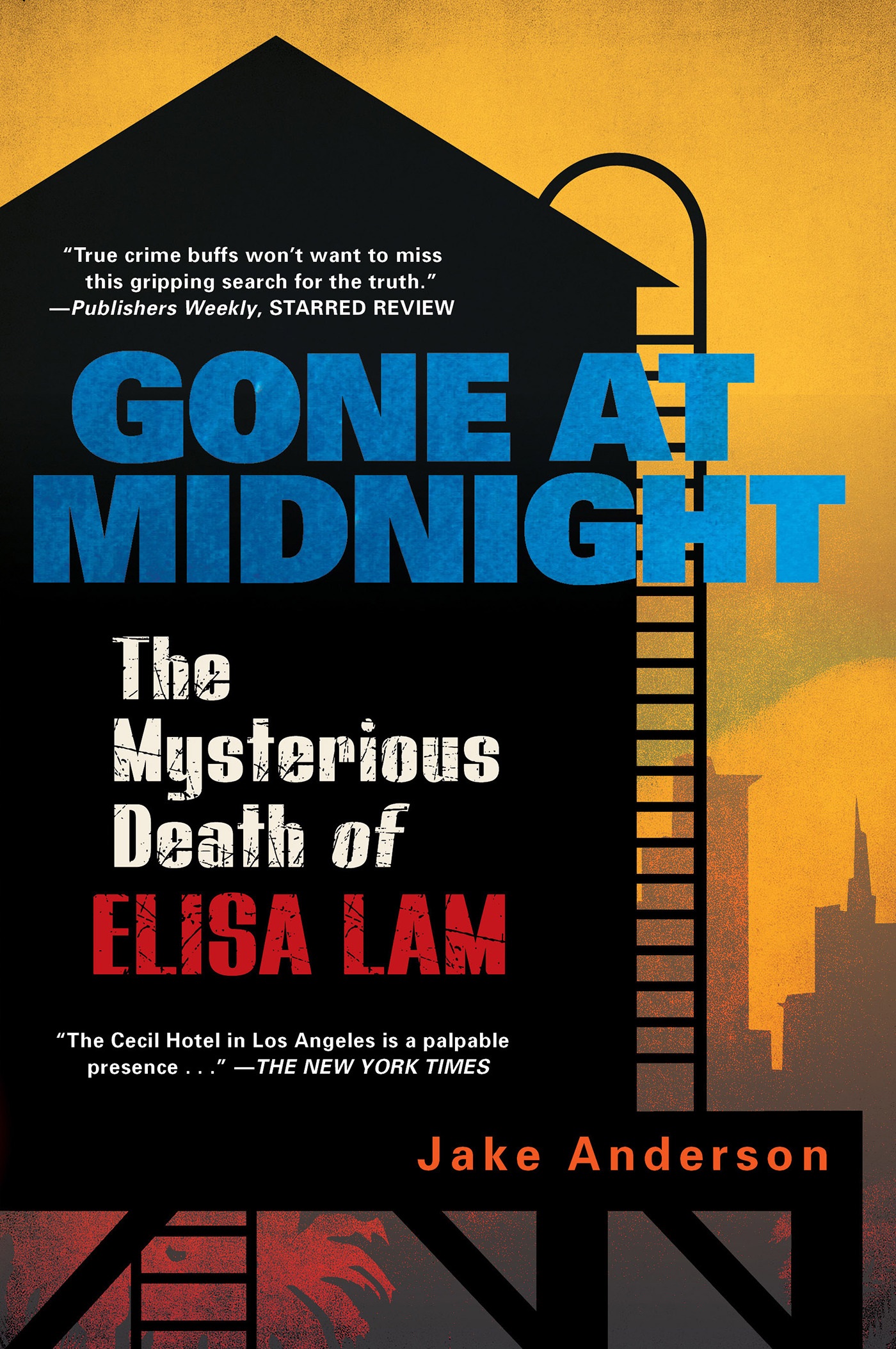 Gone at Midnight: The Mysterious Death of Elisa Lam by Jake Anderson

A Los Angeles hotel with a haunting history. A missing young woman. A disturbing video followed by a shocking discovery. A cold-case mystery that has become an internet phenomenon—and for one determined journalist, a life-changing quest toward uncomfortable truths. Perfect for Murderinos looking for their next fix.

“The Cecil Hotel in Los Angeles is a palpable presence in Gone at Midnight: The Mysterious death of Elisa Lamby Jake Anderson . . . While allowing for other possible interpretations (and minimizing the daunting logistics), Anderson believes that Lam was murdered . . . Given the checkered history of the Cecil Hotel (which was recently named to the Los Angeles registry of historic landmarks), I wouldn’t rule out Jack the Ripper.”—The New York Times 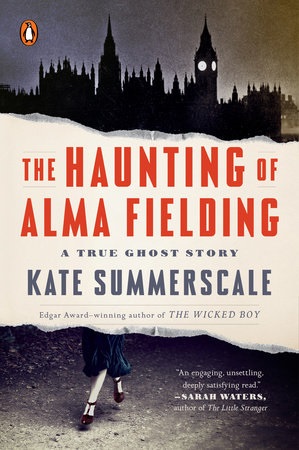 The Haunting of Alma Fielding: A True Ghost Story by Kate Summerscale

Internationally bestselling and Edgar Award-winning author Kate Summerscale follows a ghost hunter in 1938 London in a case that illuminates changing social attitudes toward psychoanalysis, sexuality, and the supernatural.

“Prepare not to see much broad daylight, literal or metaphorical, for days if you read this . . . The atmosphere evoked is something I will never forget.”—The Times (London)

“About women and power, about anxiety of the unknown and the fear of looming war, about the choices people make (consciously or unconsciously) in order to escape certain aspects of their lives . . . Summerscale’s writing is so inviting, the historical details folded into the narrative so well, that The Haunting of Alma Fielding reads like a novel you don’t want to put down.”—Ilana Masad, NPR 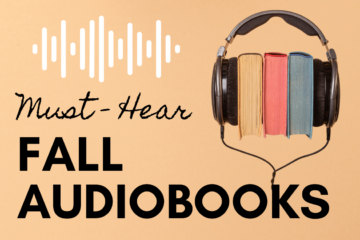 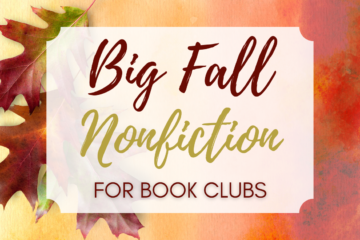