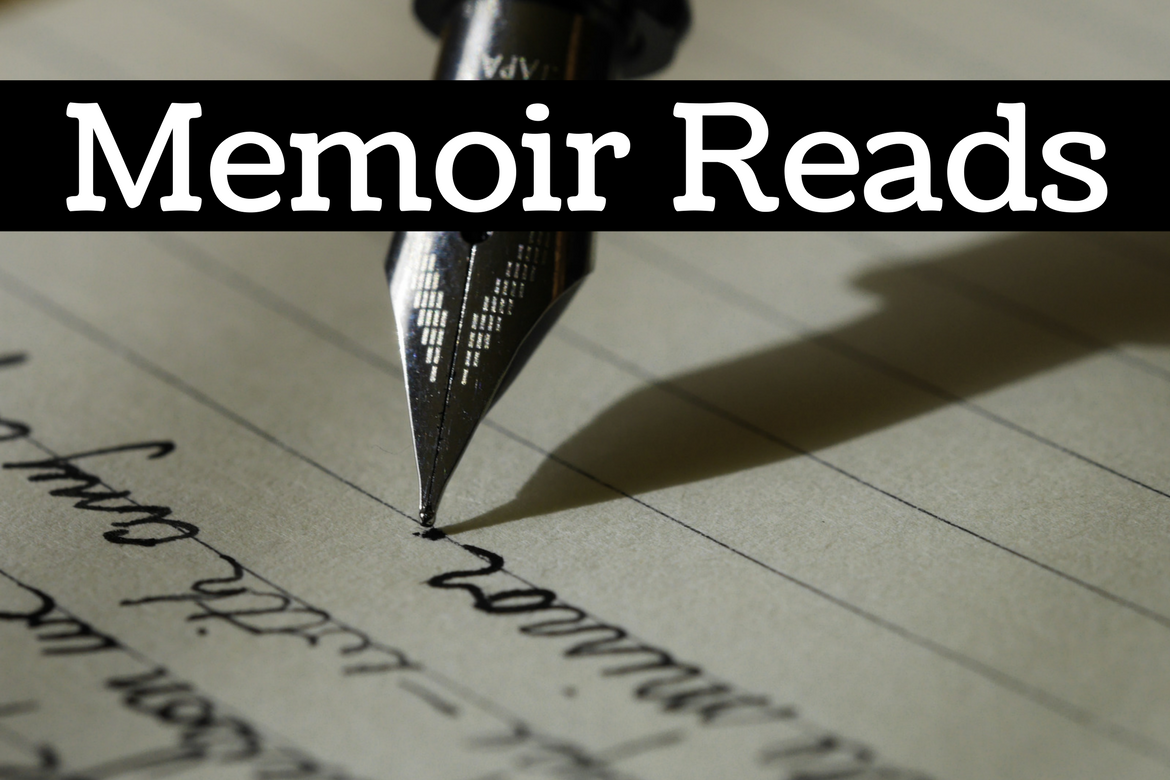 Get inspired by this list of incredible, thought-provoking memoirs. 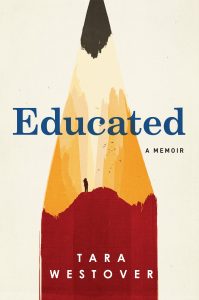 An unforgettable memoir about a young girl who, kept out of school, leaves her survivalist family and goes on to earn a PhD from Cambridge University.

Tara Westover was seventeen the first time she set foot in a classroom. Born to survivalists in the mountains of Idaho, she prepared for the end of the world by stockpiling home-canned peaches and sleeping with her “head-for-the-hills” bag. Her father distrusted the medical establishment, so Tara never saw a doctor or nurse. Gashes and concussions, even burns from explosions, were all treated at home with herbalism. The family was so isolated from mainstream society that there was no one to ensure the children received an education, and no one to intervene when an older brother became violent.

When another brother got himself into college and came back with news of the world beyond the mountain, Tara decided to try a new kind of life. She taught herself enough mathematics, grammar, and science to take the ACT and was admitted to Brigham Young University. There, she studied psychology, politics, philosophy, and history, learning for the first time about pivotal world events like the Holocaust and the Civil Rights Movement. Her quest for knowledge transformed her, taking her over oceans and across continents, to Harvard and to Cambridge University. Only then would she wonder if she’d traveled too far, if there was still a way home. 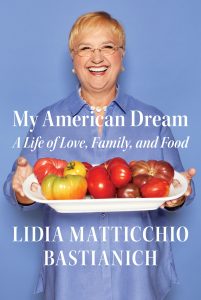 From the best-selling cookbook author, beloved and award-winning television personality, and hugely successful restaurateur—a heartwarming, emotional, revelatory memoir told with all her hallmark warmth and gusto.

Lidia’s story begins with her upbringing in Pula, a formerly Italian city turned Yugoslavian under Tito’s communist regime. She enjoys a childhood surrounded by love and security—despite the family’s poverty—learning everything about Italian cooking from her beloved grandmother, Nonna Rosa. When the communist regime begins investigating the family, they flee to Trieste, Italy, where they spend two years in a refugee camp waiting for visas to enter the United States—an experience that will shape Lidia for the rest of her life.

At age 12, Lidia starts a new life in New York. She soon begins working in restaurants as a young teenager, the first step toward the creation of her own American dream. And she tells in great, vivid detail the fulfillment of that dream: her close-knit family, her dedication and endless passion for food that ultimately leads to multiple restaurants, many cookbooks, and twenty years on public television as the host of her own cooking show. 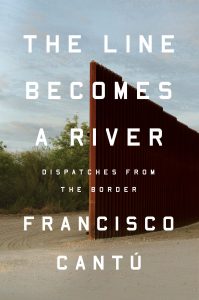 The Line Becomes a River by Francisco Cantú

A searing and unforgettable memoir that goes behind the headlines, making urgent and personal the violence our border wreaks on both sides of the line.

For Francisco Cantú, the border is in the blood: his mother, a park ranger and daughter of a Mexican immigrant, raised him in the scrublands of the Southwest. Haunted by the landscape of his youth, Cantú joins the Border Patrol. He and his partners are posted to remote regions crisscrossed by drug routes and smuggling corridors, where they learn to track other humans under blistering sun and through frigid nights. They haul in the dead and deliver to detention those they find alive. Cantú tries not to think where the stories go from there.

Plagued by nightmares, he abandons the Patrol for civilian life. But when an immigrant friend travels to Mexico to visit his dying mother and does not return, Cantú discovers that the border has migrated with him, and now he must know the whole story. 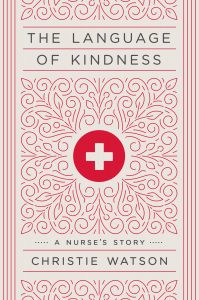 The Language of Kindness by Christie Watson

Christie Watson spent twenty years as a nurse, and in this intimate, poignant, and remarkably powerful book, she opens the doors of the hospital and shares its secrets. She takes us by her side down hospital corridors to visit the wards and meet her unforgettable patients.

In the neonatal unit, premature babies fight for their lives, hovering at the very edge of survival, like tiny Emmanuel, wrapped up in a sandwich bag. On the cancer wards, the nurses administer chemotherapy and, long after the medicine stops working, something more important–which Watson learns to recognize when her own father is dying of cancer. In the pediatric intensive care unit, the nurses wash the hair of a little girl to remove the smell of smoke from the house fire. The emergency room is overcrowded as ever, with waves of alcohol and drug addicted patients as well as patients like Betty, a widow suffering chest pain, frail and alone. And the stories of the geriatric ward—Gladys and older patients like her—show the plight of the most vulnerable members of our society.

Through the smallest of actions, nurses provide vital care and kindness. All of us will experience illness in our lifetime, and we will all depend on the support and dignity that nurses offer us; yet the women and men who form the vanguard of our health care remain unsung. In this age of fear, hate, and division, Christie Watson has written a book that reminds us of all that we share, and of the urgency of compassion. 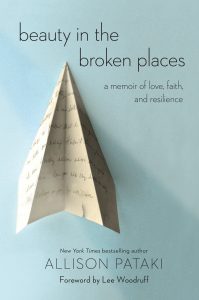 Beauty in the Broken Places by Allison Pataki

A deeply moving memoir about a young couple whose lives were changed in the blink of an eye, and the love that helped them rewrite their future.

Five months pregnant, on a flight to their “babymoon,” Allison Pataki turned to her husband when he asked if his eye looked strange and watched him suddenly lose consciousness. After an emergency landing, she discovered that Dave—a healthy thirty-year-old athlete and surgical resident—had suffered a rare and life-threatening stroke. Next thing Allison knew, she was sitting alone in the ER in Fargo, North Dakota, waiting to hear if her husband would survive the night.

When Dave woke up, he could not carry memories from hour to hour, much less from one day to the next. Allison had lost the Dave she knew and loved when he lost consciousness on the plane. Within a few months, she found herself caring for both a newborn and a sick husband, struggling with the fear of what was to come.

As a way to make sense of the pain and chaos of their new reality, Allison started to write daily letters to Dave. Not only would she work to make sense of the unfathomable experiences unfolding around her, but her letters would provide Dave with the memories he could not make on his own. She was writing to preserve their past, protect their present, and fight for their future. Those letters became the foundation of this beautiful, intimate memoir. And in the process, she fell in love with her husband all over again. 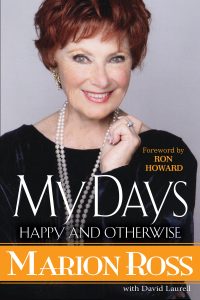 My Days by Marion Ross

For eleven seasons, Marion Ross was head of one of America’s favorite television households. Now meet the lovable real-life woman behind the Happy Days mom.

Before she was affectionately known to millions as “Mrs. C.,” Marion Ross began her career as a Paramount starlet who went on to appear in nearly every major TV series of the 1950s and 1960s. Soon after came the fateful phone call from producer Garry Marshall that made her an “overnight” success, and changed her life.

In this warm and candid memoir, filled with loving recollections from the award-winning Happy Days team—from break-out star Henry Winkler to Cunningham “wild child” Erin Moran—Ross shares what it was like to be a starry-eyed young girl with dreams in poor, rural Minnesota, and the resilience, sacrifices, and determination it took to make them come true. She recalls her early years in the business, being in the company of such luminaries as Humphrey Bogart, Lauren Bacall, and Noel Coward, yet always feeling the Hollywood outsider—a painful invisibility that mirrored her own childhood. She reveals the absolute joys of playing a wife and mother on TV, and the struggles of maintaining those roles in real life. But among Ross’s most heart-rending recollections are those of finally finding a soulmate—another secret hope of hers made true well beyond her expectations.