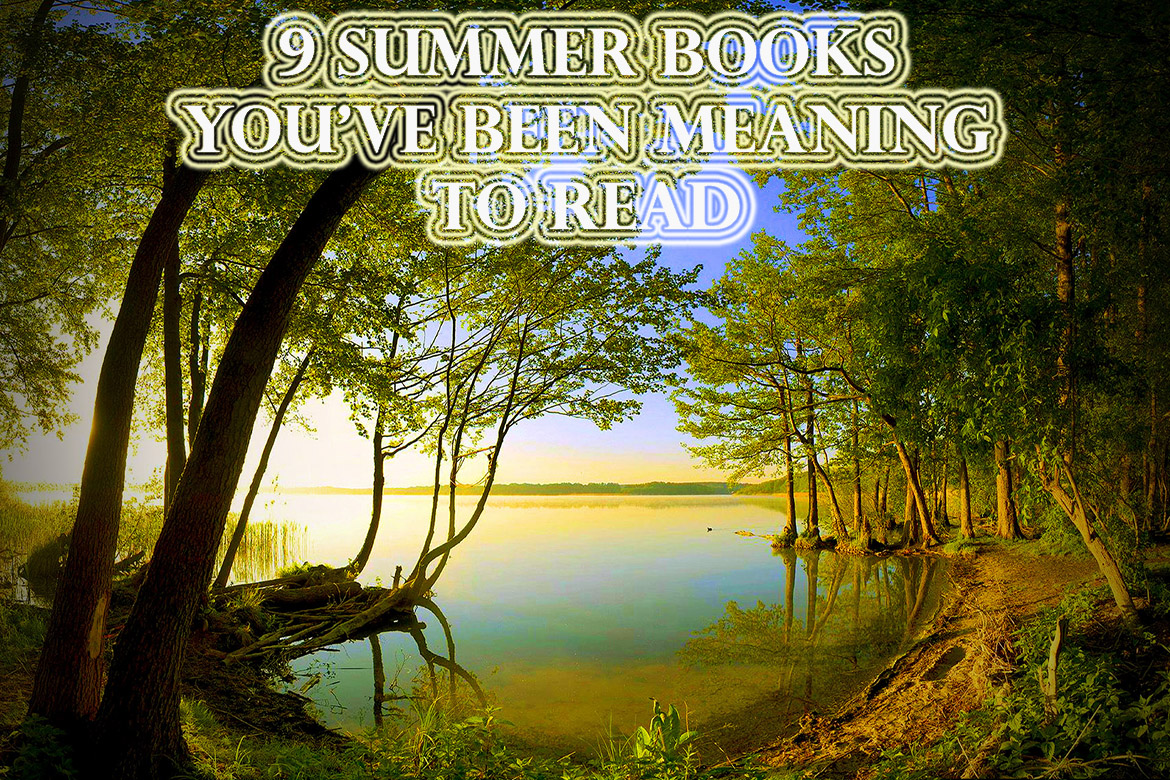 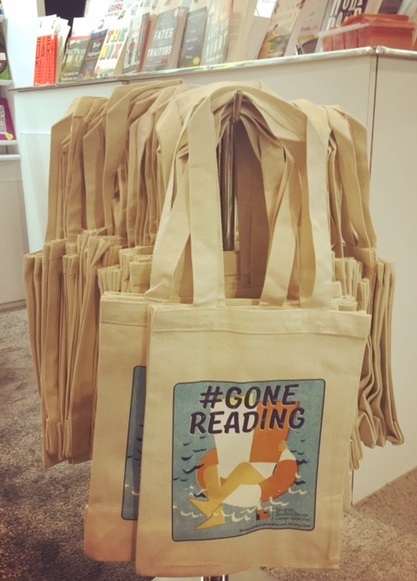 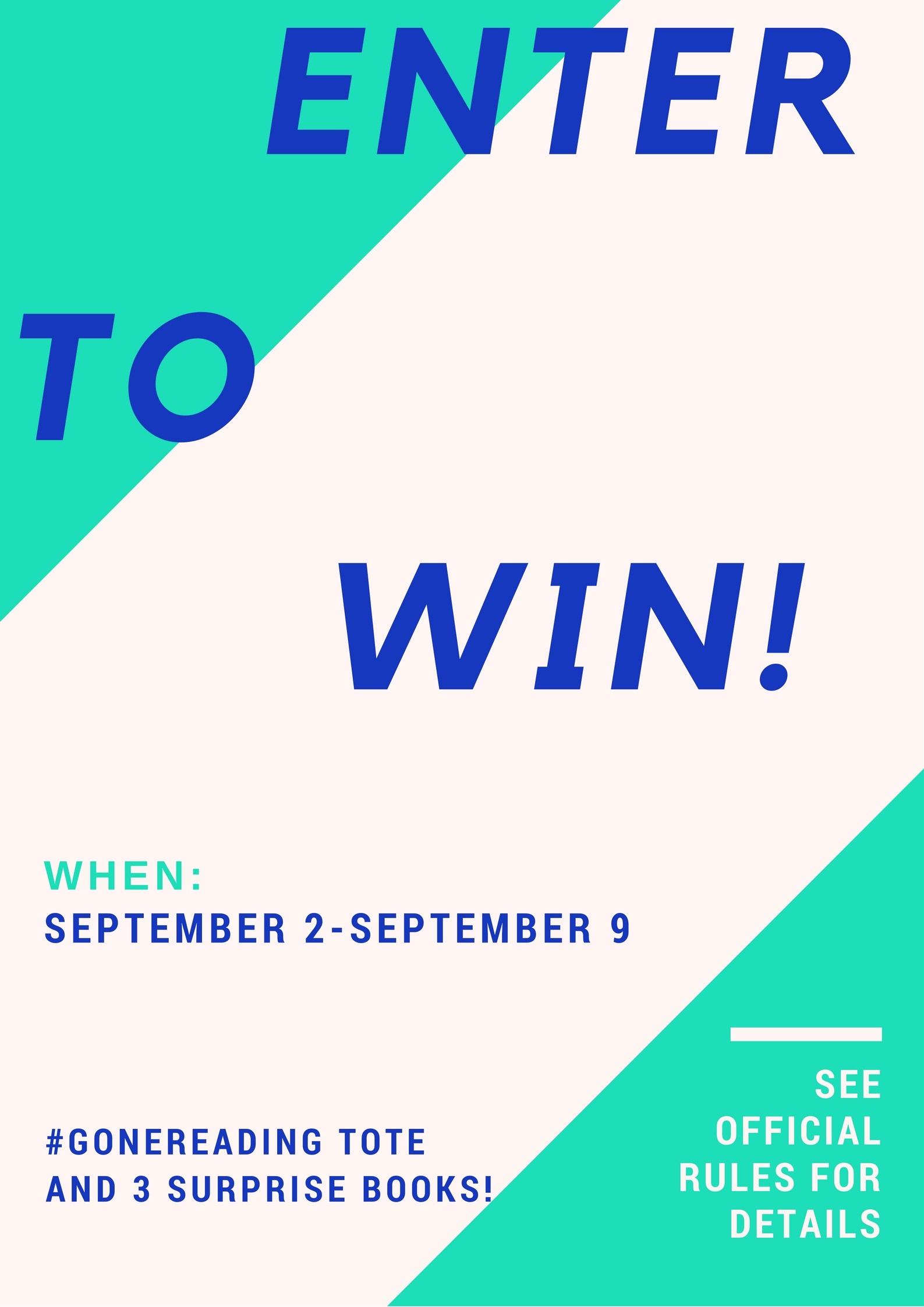 It’s never too late to enjoy Summer Reads—or win a #GoneReading tote bag and 3 surprise books!
Subscribe to our blog and click here to enter for your chance to win.

Summer is coming to an end, but you may not have gotten around to all of those “Beach Reads” or “Summer Books” you had planned on reading.

Have no fear! We’ve made it easy by compiling a list of 9 Reads from this Summer that are top on the top of our TBR piles.
Be sure to check them out at your local library!

Dark Matter by Blake Crouch
“Are you happy with your life?” Those are the last words Jason Dessen hears before the masked abductor knocks him unconscious. Before he awakens to find himself strapped to a gurney, surrounded by strangers in hazmat suits. Before a man Jason’s never met smiles down at him and says, “Welcome back, my friend.” In this world he’s woken up to, Jason’s life is not the one he knows. His wife is not his wife. His son was never born. And Jason is not an ordinary college physics professor, but a celebrated genius who has achieved something remarkable. Something impossible. Is it this world or the other that’s the dream? And even if the home he remembers is real, how can Jason possibly make it back to the family he loves? The answers lie in a journey more wondrous and horrifying than anything he could’ve imagined—one that will force him to confront the darkest parts of himself even as he battles a terrifying, seemingly unbeatable foe.

The Mirror Thief  by Martin Seay
A debut novel with the core story set in Venice in the sixteenth century, when the famed makers of Venetian glass were perfecting one of the old world’s most wondrous inventions: the mirror. An object of glittering yet fearful fascination—was it reflecting simple reality, or something more spiritually revealing? The Mirror Thief is a spell-binding tour-de-force that is impossible to put down—an old-fashioned, stay-up-all-night novel that, in the end, returns the reader to a stunning conclusion in the original Venice . . . and the bedazzled sense of having read a truly original and thrilling work of art.

The City Baker’s Guide to Country Living by Louise Miller
A full-hearted novel about a big-city baker who discovers the true meaning of home—and that sometimes the best things are found when you didn’t even know you were looking.With the joys of a fragrant kitchen, the sound of banjos and fiddles being tuned in a barn, and the crisp scent of the orchard just outside the front door, Livvy soon finds herself immersed in small town life. And when she meets Martin McCracken, the Guthrie native who has returned from Seattle to tend his ailing father, Livvy  comes to understand that she may not be as alone in this world as she once thought.

Watching Edie by Camilla Way
Beautiful, creative, a little wild… Edie was the kind of girl who immediately caused a stir when she walked into your life. And she had dreams back then—but it didn’t take long for her to learn that things don’t always turn out the way you want them to. Now, at thirty-three, Edie is working as a waitress, pregnant and alone. And when she becomes overwhelmed by the needs of her new baby and sinks into a bleak despair, she thinks that there’s no one to turn to… But someone’s been watching Edie, waiting for the chance to prove once again what a perfect friend she can be. It’s no coincidence that Heather shows up on Edie’s doorstep, just when Edie needs her the most. So much has passed between them—so much envy, longing, and betrayal. And Edie’s about to learn a new lesson: those who have hurt us deeply—or who we have hurt—never let us go, not entirely…

The Last Days of Night by Graham Moore
New York, 1888. Gas lamps still flicker in the city streets, but the miracle of electric light is in its infancy. The person who controls the means to turn night into day will make history—and a vast fortune. A young untested lawyer named Paul Cravath, fresh out of Columbia Law School, takes a case that seems impossible to win. Paul’s client, George Westinghouse, has been sued by Thomas Edison over a billion-dollar question: Who invented the light bulb and holds the right to power the country?
In obsessive pursuit of victory, Paul crosses paths with Nikola Tesla, an eccentric, brilliant inventor who may hold the key to defeating Edison, and with Agnes Huntington, a beautiful opera singer who proves to be a flawless performer on stage and off. As Paul takes greater and greater risks, he’ll find that everyone in his path is playing their own game, and no one is quite who they seem.

The Light of Paris by Eleanor Brown
The Light of Paris is the miraculous new novel from New York Times–bestselling author Eleanor Brown, whose debut, The Weird Sisters, was a sensation beloved by critics and readers alike.Madeleine is trapped—by her family’s expectations, by her controlling husband, and by her own fears—in an unhappy marriage and a life she never wanted. From the outside, it looks like she has everything, but on the inside, she fears she has nothing that matters. In Madeleine’s memories, her grandmother Margie is the kind of woman she should have been—elegant, reserved, perfect. But when Madeleine finds a diary detailing Margie’s bold, romantic trip to Jazz Age Paris, she meets the grandmother she never knew: a dreamer who defied her strict, staid family and spent an exhilarating summer writing in cafés, living on her own, and falling for a charismatic artist. Inspired by her grandmother’s bravery, Madeleine creates her own Parisian summer—reconnecting to her love of painting, cultivating a vibrant circle of creative friends, and finding a kindred spirit in a down-to-earth chef who reminds her to feed both her body and her heart.

Sweetbitter by Stephanie Danler
Twenty-two, and knowing no one, Tess leaves home to begin her adult life in New York City. Thus begins a year that is both enchanting and punishing, in a low-level job at “the best restaurant in New York City.” Grueling hours and a steep culinary learning curve awaken her to the beauty of oysters, the finest Champagnes, the appellations of Burgundy. At the same time, she opens herself to friendships—and love—set against the backdrop of dive bars and late nights.  As her appetites sharpen—for food and wine, but also for knowledge, experience, and belonging—Tess is drawn into a darkly alluring love triangle that will prove to be her most exhilarating and painful lesson of all.

Stephanie Danler deftly conjures the nonstop and purely adrenalized world of the restaurant—conversations interrupted, phrases overheard, and suggestions below the surface. Evoking the infinite possibility of being young in New York with heart-stopping accuracy, Sweetbitter is ultimately about the power of what remains after disillusionment, and the wisdom that comes from experience, sweet and bitter.

Siracusa by Delia Ephron
New Yorkers Michael, a famous writer, and Lizzie, a journalist, travel to Italy with their friends from Maine—Finn; his wife, Taylor; and their daughter, Snow. “From the beginning,” says Taylor, “it was a conspiracy for Lizzie and Finn to be together.” Told Rashomon-style in alternating points of view, the characters expose and stumble upon lies and infidelities past and present. Snow, ten years old and precociously drawn into a far more adult drama, becomes the catalyst for catastrophe as the novel explores collusion and betrayal in marriage. With her inimitable psychological astute­ness and uncanny understanding of the human heart, Ephron delivers a powerful meditation on marriage, friendship, and the meaning of travel. Set on the sun-drenched coast of the Ionian Sea, Siracusa unfolds with the pacing of a psychological thriller and delivers an unexpected final act that none will see coming.

The Dollhouse by Fiona Davis
Fiona Davis’s stunning debut novel pulls readers into the lush world of New York City’s glamorous Barbizon Hotel for Women, where in the 1950’s a generation of aspiring models, secretaries, and editors lived side-by-side while attempting to claw their way to fairy-tale success, and where a present-day journalist becomes consumed with uncovering a dark secret buried deep within the Barbizon’s glitzy past.

What Will You Read for September?