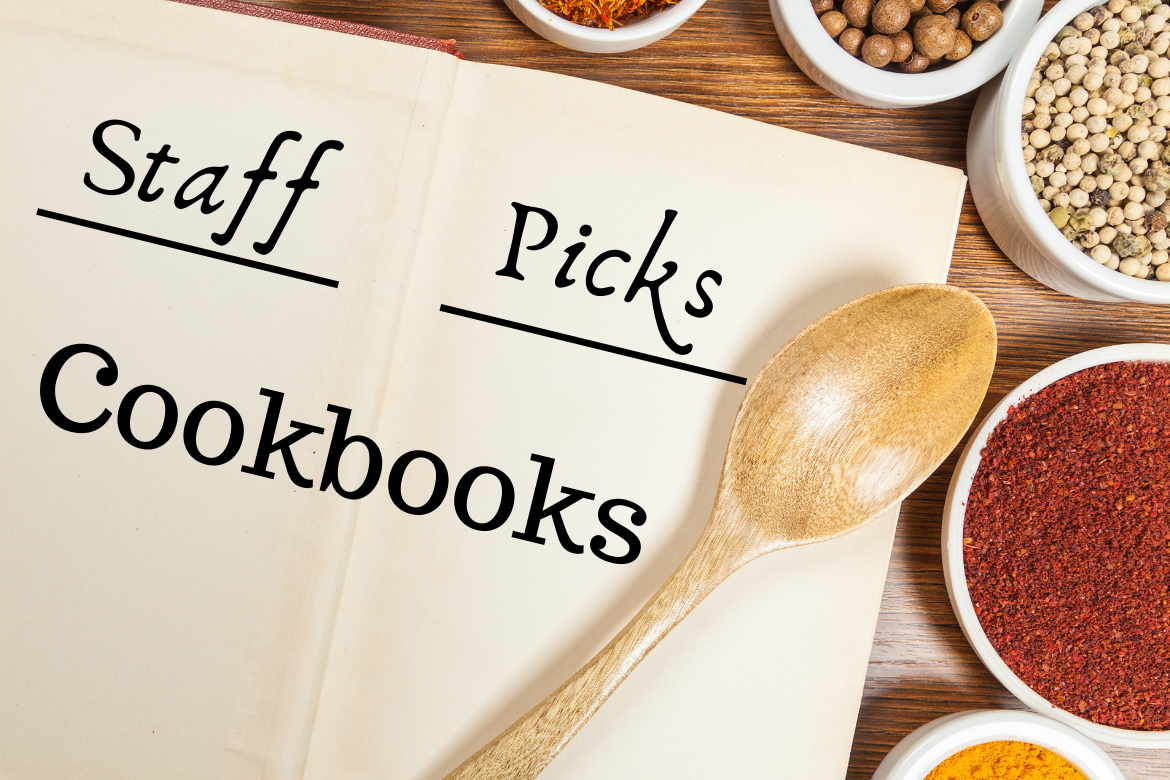 Ever wonder what’s cooking in our kitchens? Here is a list of our most recent favorite cookbooks. We guarantee you’ll find a new recipe here. Bon appétit! 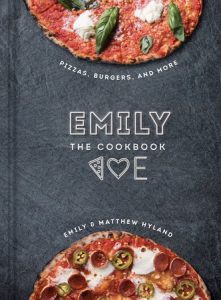 EMILY: The Cookbook by Emily and Matthew Hyland

The husband-and-wife team behind one of New York City’s and Nashville’s favorite pizza places share the secrets behind their acclaimed restaurants in a cookbook featuring more than 100 recipes.

Legions of fans line the block as they flock to Emily and Matt Hyland’s flagship restaurants EMILY and the popular spinoff Emmy Squared. Now, with their irresistible debut cookbook, they share their delicious and doable recipes—no wood-fired oven or fancy equipment required.

You’ll be shown how to re-create such crowd-pleasing favorites as their famous round pizza, the iconic Detroit pan pizza, and their legendary EMMY Burger, the juicy wonder that tops many New York City “Best Burger” lists. But EMILY: The Cookbook is more than pizza and burger perfection. You’ll also find recipes for small plates, salads, sandwiches, pasta, cocktails, and scrumptious desserts.

Click to Read an Excerpt and Sample Delicious Recipes from the Book. 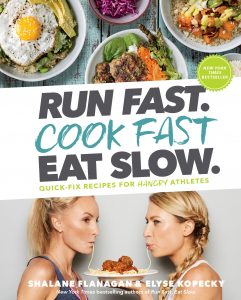 The New York Times bestseller Run Fast. Eat Slow. taught runners of all ages that healthy food could be both indulgent and incredibly nourishing. Now, Olympian Shalane Flanagan and chef Elyse Kopecky are back with a cookbook that’s full of recipes that are fast and easy without sacrificing flavor. Whether you are an athlete, training for a marathon, someone who barely has time to step in the kitchen, or feeding a hungry family, Run Fast. Cook Fast. Eat Slow. has wholesome meals to sustain you.

Chef Jen (Cooks for the Family): 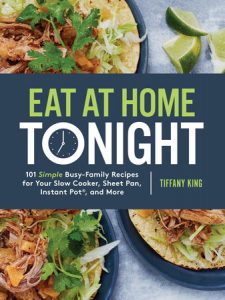 A popular food blogger with 8.5 million page views, Tiffany King’s debut cookbook is crafted for those nights “when life happens.” This is the cookbook to turn to when all hope of a homemade, wholesome dinner seems lost: when the fridge is empty, when it’s already 8pm, when one kid has soccer practice and the other dance, when there’s no time for cleanup because homework has to get done. Just like her blog, King’s book is tirelessly encouraging and realistic. The recipes feature bright vegetables and affordable pantry ingredients. The book, uniquely arranged by “excuses,” includes sidebars with mealtime conversation starters and helpful cooking hints. 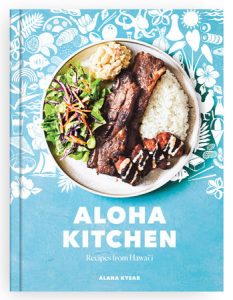 In Aloha Kitchen, Alana Kysar takes you into the homes, restaurants, and farms of Hawaiʻi, exploring the cultural and agricultural influences that have made dishes like plate lunch and poke crave-worthy culinary sensations with locals and mainlanders alike. Interweaving regional history, local knowledge, and the aloha spirit, Kysar introduces local Hawaiʻi staples like saimin, loco moco, shave ice, and shoyu chicken, tracing their geographic origin and history on the islands. As a Maui native, Kysar’s roots inform deep insights on Hawaiʻi’s multiethnic culture and food history. In Aloha Kitchen, she shares recipes that Hawaiʻi locals have made their own, blending cultural influences to arrive at the rich tradition of local Hawaiʻi cuisine. With transporting photography, accessible recipes, and engaging writing, Kysar paints an intimate and enlightening portrait of Hawaiʻi and its cultural heritage. 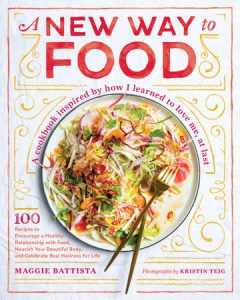 A New Way to Food: 100 Recipes to Encourage a Healthy Relationship with Food, Nourish Your Beautiful Body, and Celebrate Real Wellness for Life by Maggie Battista

Discover a body-positive approach to food through nourishing recipes, heart-opening stories, and helpful lessons on creating a healthy relationship with food.

Maggie Battista struggled with eating and dieting her whole life, until she discovered the foods and recipes that made her finally see herself as worthy of good health. In this kind and generous cookbook she shares the more than 100 mostly wholesome, mainly dairy-free, plant-based, and always refined sugar–free recipes that helped her find her way to good health, lose 70 pounds, and rid herself of years of chronic aches and pains. With stories that chronicle her struggles, victories, and lessons from finally reconciling her relationship with food; tips and advice on changing your own approach to food; and recipes for every time of day and occasion; A New Way to Food is the playbook for seeing yourself with kinder eyes and enjoying every meal along the way. 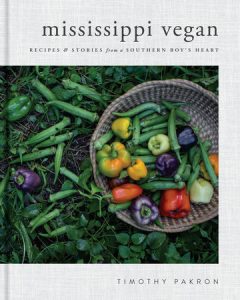 Mississippi Vegan: Recipes and Stories from a Southern Boy’s Heart by Timothy Pakron

Celebrate the gorgeous and delicious possibilities of plant-based Southern cuisine.

Inspired by the landscape and flavors of his childhood on the Mississippi Gulf Coast, Timothy Pakron found his heart, soul, and calling in cooking the Cajun, Creole, and southern classics of his youth. In his debut cookbook, he shares 125 plant-based recipes, all of which substitute ingredients without sacrificing depth of flavor and reveal the secret tradition of veganism in southern cooking.

Finding ways to re-create his experiences growing up in the South–making mud pies and admiring the deep pink azaleas—on the plate, Pakron looks to history and nature as his guides to creating the richest food possible.

Chef Chelsea (The All Year BBQ-er): 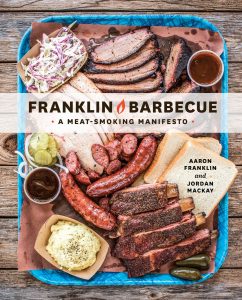 A complete meat and brisket-cooking education from the country’s most celebrated pitmaster and owner of the wildly popular Austin restaurant Franklin Barbecue.

When Aaron Franklin and his wife, Stacy, opened up a small barbecue trailer on the side of an Austin, Texas, interstate in 2009, they had no idea what they’d gotten themselves into. Today, Franklin Barbecue has grown into the most popular, critically lauded, and obsessed-over barbecue joint in the country (if not the world)—and Franklin is the winner of every major barbecue award there is.

In Franklin Barbeque, Franklin and coauthor Jordan Mackay unlock the secrets behind truly great barbecue, and share years’ worth of hard-won knowledge. It is a definitive resource for the backyard pitmaster, with chapters dedicated to building or customizing your own smoker; finding and curing the right wood; creating and tending perfect fires; sourcing top-quality meat; and of course, cooking mind-blowing, ridiculously delicious barbecue, better than you ever thought possible.

Click to Read an Excerpt and to Preview a Recipe for Fig and Ancho Beer Barbeque Sauce. 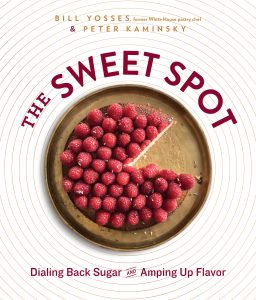 The Sweet Spot: Dialing Back Sugar and Amping Up Flavor by Bill Yosses and Peter Kaminsky

Treat sugar like salt. This is the mantra of Bill Yosses, a former White House pastry chef, and his secret to baking indulgent yet wholesome desserts that truly satisfy. After being tasked by First Lady Michelle Obama to create healthier treats for her family, he discovered that when he dialed back the sugar in his recipes, his desserts were not only healthier on paper, but they actually tasted better too.

In The Sweet Spot, Bill upends the notion of “healthy” desserts and shares an inspiring collection of delectable sweets that reveal the magic that happens when you bake with less sugar.  Once you start baking Bill’s way, you’ll be able to have your cake . . . and eat it too.

Click to Read an Excerpt and to Preview a Recipe for Maple Whipped Cream.

Enter to Win Our “A Yoga Retreat in Your Living Room” Sweepstakes!

Celebrate All Kinds of Love with These Valentine’s Day Reads 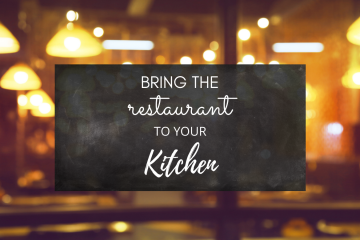 Miss dining out? Make a reservation with these cookbooks, and bring the restaurant to your kitchen. Click for Even More Cooking Inspiration. EMILY: The Cookbook…

END_OF_DOCUMENT_TOKEN_TO_BE_REPLACED 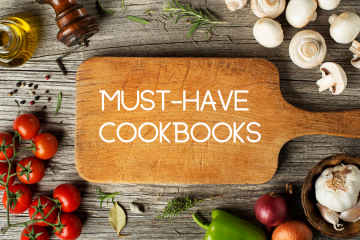 With the holidays fast approaching, now’s the time to start breaking out the casserole dishes and cake cutters. Prep for the season, up your hosting…

END_OF_DOCUMENT_TOKEN_TO_BE_REPLACED 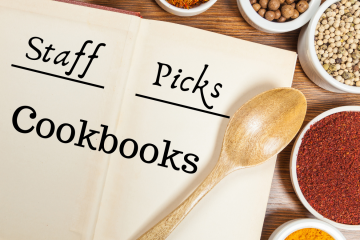 Ever wonder what’s cooking in our kitchens? Here is a list of our most recent favorite cookbooks. We guarantee you'll find a new recipe here.…

END_OF_DOCUMENT_TOKEN_TO_BE_REPLACED 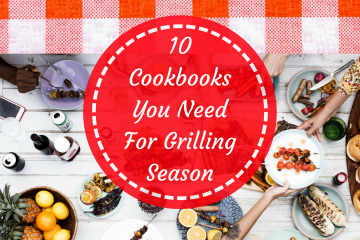 Fire up the grill and get cookin’ with these 10 delicious cookbooks just in time for summer. From burgers to seafood to ice cold milk…

END_OF_DOCUMENT_TOKEN_TO_BE_REPLACED 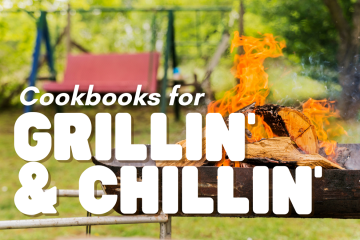 It’s finally time to break out the swimsuit, fire up the grill, and gather ‘round the outdoor dinner table. From classic barbecued spare ribs and…

END_OF_DOCUMENT_TOKEN_TO_BE_REPLACED 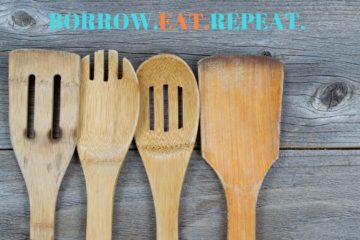 Borrow.Eat.Repeat: A recipe from GOOD TASTE