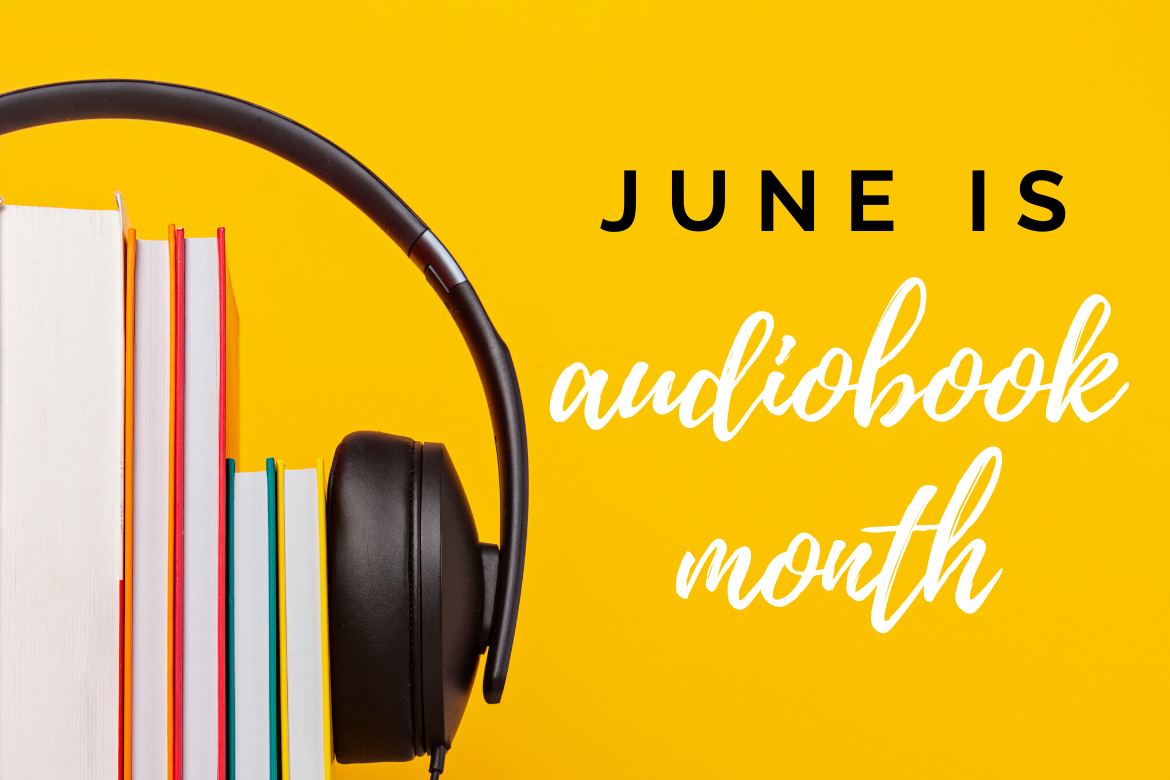 Celebrate June is Audiobook Month with top-notch new listens! Whether you love a full-cast recording, an author-read experience, or are trying the format for the first time, there’s an audiobook for everyone on this list.

For a Phenomenal Full Cast: 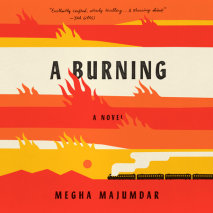 An electrifying debut novel about three unforgettable characters who seek to rise—to the middle class, to political power, to fame in the movies—and find their lives entangled in the wake of a catastrophe in contemporary India.

Jivan is a Muslim girl from the slums, determined to move up in life, who is accused of executing a terrorist attack on a train because of a careless comment on Facebook. PT Sir is an opportunistic gym teacher who hitches his aspirations to a right-wing political party, and finds that his own ascent becomes linked to Jivan’s fall. Lovely–an irresistible outcast whose exuberant voice and dreams of glory fill the novel with warmth and hope and humor–has the alibi that can set Jivan free, but it will cost her everything she holds dear.

Taut, symphonic, propulsive, and riveting from its opening lines, A Burning has the force of an epic while being so masterfully compressed it can be read in a single sitting. Majumdar writes with dazzling assurance at a breakneck pace on complex themes that read here as the components of a thriller: class, fate, corruption, justice, and what it feels like to face profound obstacles and yet nurture big dreams in a country spinning toward extremism.

For a Breathtaking Finale: 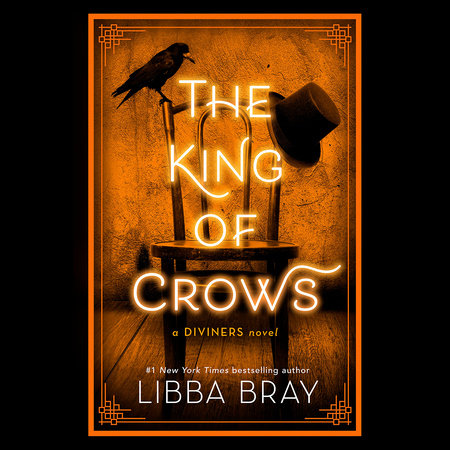 The King of Crows by Libba Bray; Read by January LaVoy

The breathtaking finale to the epic New York Times bestseller, The Diviners, from Printz winner and beloved author, Libba Bray.

After the horrifying explosion that claimed one of their own, the Diviners find themselves wanted by the US government, and on the brink of war with the King of Crows.

While Memphis and Isaiah run for their lives from the mysterious Shadow Men, Isaiah receives a startling vision of a girl, Sarah Beth Olson, who could shift the balance in their struggle for peace. Sarah Beth says she knows how to stop the King of Crows–but, she will need the Diviners’ help to do it.

Elsewhere, Jericho has returned after his escape from Jake Marlowe’s estate, where he has learned the shocking truth behind the King of Crow’s plans. Now, the Diviners must travel to Bountiful, Nebraska, in hopes of joining forces with Sarah Beth and to stop the King of Crows and his army of the dead forever.

But as rumors of towns becoming ghost towns and the dead developing unprecedented powers begin to surface, all hope seems to be lost.

For “The Man with the Golden Voice”: 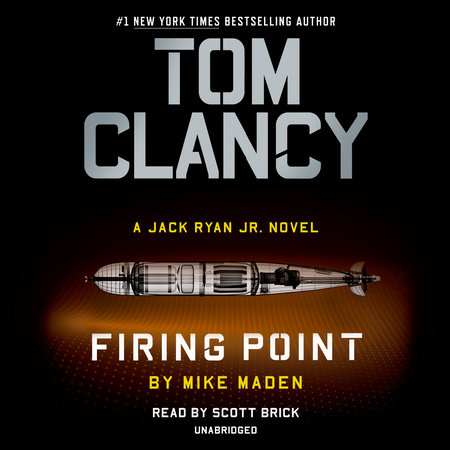 Jack Ryan, Jr. is out to avenge the murder of an old friend, but the vein of evil he’s tapped into may run too deep for him to handle in the latest electric entry in the #1 New York Times bestselling series.

One of the most acclaimed and popular audiobook narrators in the business, with over 900 audiobooks to his name, Scott Brick has been oft been dubbed “the man with the golden voice.” Adventure-seeking fans will easily hear why in this new Jack Ryan, Jr. story.

While on vacation in Barcelona, Jack Ryan, Jr. is surprised to run into an old friend at a small café. A first, Renee Moore seems surprised to see Jack, but then she just seems irritated and distracted. After making plans to meet later, Jack leaves, only to miss the opportunity to ever speak to Renee again, as the café is destroyed minutes later by a suicide bomber. A desperate Jack plunges back into the ruins to save his friend, but it’s too late. As she dies in his arms, she utters one word, “Sammler.”

When the police show up they are initially suspicious of Jack until they are called off by a member of the Spanish Intelligence Service. This mysterious sequence of events sends the young Campus operative on an unrelenting search to find out the reason behind Renee’s death. Along the way, he discovers that his old friend had secrets of her own—and some of them may have gotten her killed.

Jack has never backed down from a challenge, but some prey may be too big for one man.

Bringing Broadway to You: 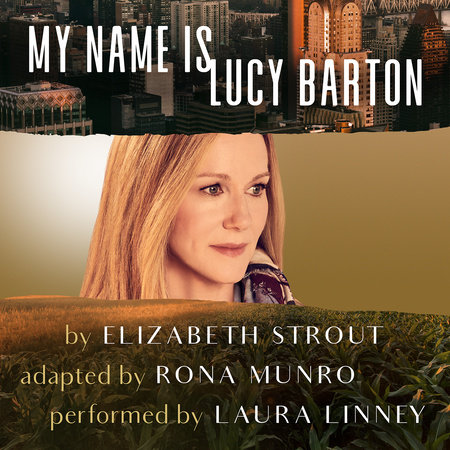 Praised as “deeply affecting” and “heartbreaking” by The Guardian (UK), this is a faithful adaptation of the Pulitzer Prize-winning author Elizabeth Strout’s bestselling novel of the same name.

Unsteady after an operation, Lucy Barton wakes to find her mother sitting at the foot of her bed. She hasn’t seen her in years, and her visit brings back to Lucy her desperate rural childhood, and her escape to New York. As she begins to find herself as a writer, she is still gripped by the urgent complexities of family life.

The novel of My Name is Lucy Barton is available in Trade Paperback, eBook, and Audio Editions.

For a Celebrity Read: 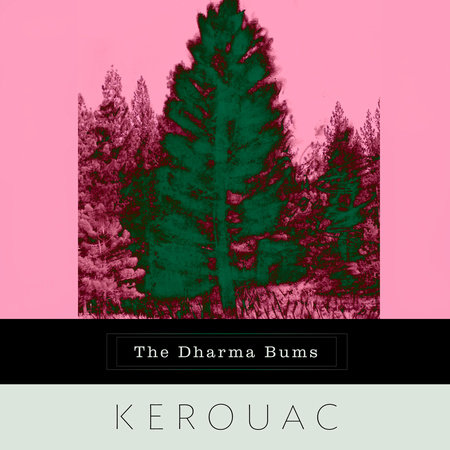 The Dharma Bums by Jack Kerouac; Read by Ethan Hawke

Jack Kerouac’s classic novel about friendship, the search for meaning, and the allure of nature.

First published in 1958, a year after On the Road put the Beat Generation on the map, The Dharma Bums stands as one of Jack Kerouac’s most powerful and influential novels. The story focuses on two ebullient young Americans—mountaineer, poet, and Zen Buddhist Japhy Ryder, and Ray Smith, a zestful, innocent writer—whose quest for Truth leads them on a heroic odyssey, from marathon parties and poetry jam sessions in San Francisco’s Bohemia to solitude and mountain climbing in the High Sierras.

For a Gripping New Series: 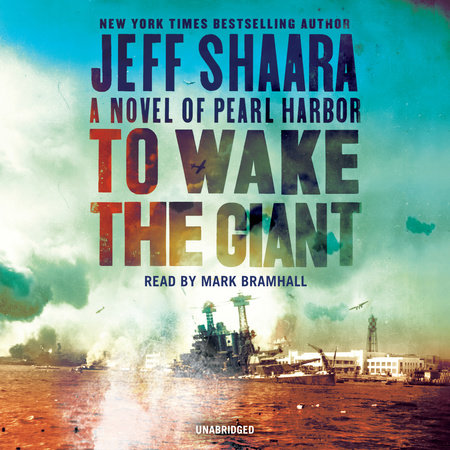 To Wake the Giant: A Novel of Pearl Harbor by Jeff Shaara; Read by Mark Bramhall

The New York Times bestselling master of military historical fiction tells the story of Pearl Harbor as only he can in the first novel of a gripping new series set in World War II’s Pacific theater.

In 1941, President Franklin D. Roosevelt watches uneasily as the world heads rapidly down a dangerous path. The Japanese have waged an aggressive campaign against China, and they now begin to expand their ambitions to other parts of Asia. As their expansion efforts grow bolder, their enemies know that Japan’s ultimate goal is total conquest over the region, especially when the Japanese align themselves with Hitler’s Germany and Mussolini’s Italy, who wage their own war of conquest across Europe.

Meanwhile, the British stand nearly alone against Hitler, and there is pressure in Washington to transfer America’s powerful fleet of warships from Hawaii to the Atlantic to join the fight against German U-boats that are devastating shipping. But despite deep concerns about weakening the Pacific fleet, no one believes that the main base at Pearl Harbor is under any real threat.

Told through the eyes of widely diverse characters, this story looks at all sides of the drama and puts the reader squarely in the middle.

For a Beloved Classic, Now in Spanish: 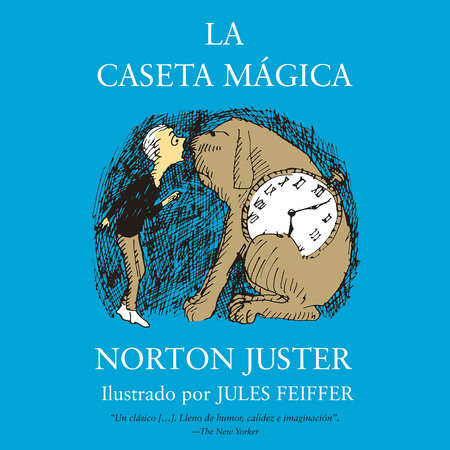 The English version of The Phantom Tollbooth is read by Rainn Wilson.

Milo is sad and bored because he doesn’t know what to do. Nothing seems interesting to him nor does he think of any place he would like to go. But one day everything changes when he finds a very strange gift in his room.

This extraordinary gift is the magic booth that will lead you to the Kingdom of Wisdom: an unusual place where letters are sold in the markets and miners dig up numbers.

Unfortunately, this wonderful kingdom suffers from great problems and Milo must rescue the princesses Rima and Reason. They are the only ones that can make the cities of Dicyópolis and Digitopolis make peace. Along with his companions Toc, a guard dog who plays tictic, and the Trickster, a blustering insect wearing a coat, Milo sets out to rescue the princesses from the Castle in the Air. Little did Milo imagine as he began his adventures the strange beings he would face in the fearsome Mountains of Ignorance! 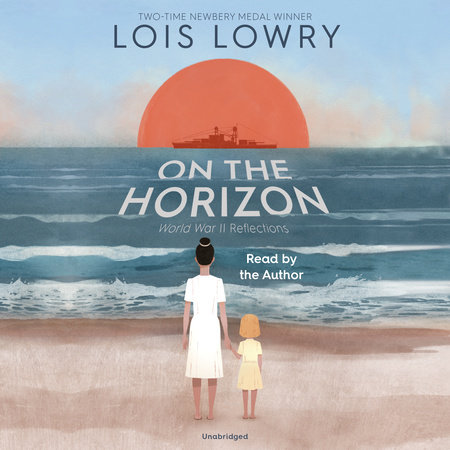 On the Horizon by Lois Lowry; Read by the Author

From two-time Newbery medalist and living legend Lois Lowry comes a moving account of the lives lost in two of WWII’s most infamous events: Pearl Harbor and Hiroshima.

Lois Lowry looks back at history through a personal lens as she draws from her own memories as a child in Hawaii and Japan, as well as from historical research, in this stunning work in verse for young listeners.

On the Horizon tells the story of people whose lives were lost or forever altered by the twin tragedies of Pearl Harbor and Hiroshima.  Based on the lives of soldiers at Pearl Harbor and civilians in Hiroshima, On the Horizon contemplates humanity and war through verse that sings with pain, truth, and the importance of bridging cultural divides. This masterful work emphasizes empathy and understanding in search of commonality and friendship, vital lessons for students as well as citizens of today’s world.

Enter to Win an “I Heart Audio” Tote Bag! 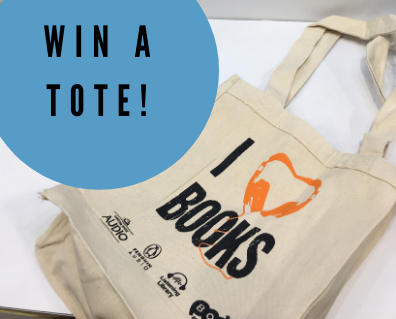 Enter for Your Chance to Win.

For more audiobook information and to listen to a clip before checking an audio out at the library, visit www.penguinrandomhouseaudio.com.
#Tags
adultAudiobooksBook ClubsBooksdebutFictionLibraryListen LibraryNew BooksNew Releasesnovel