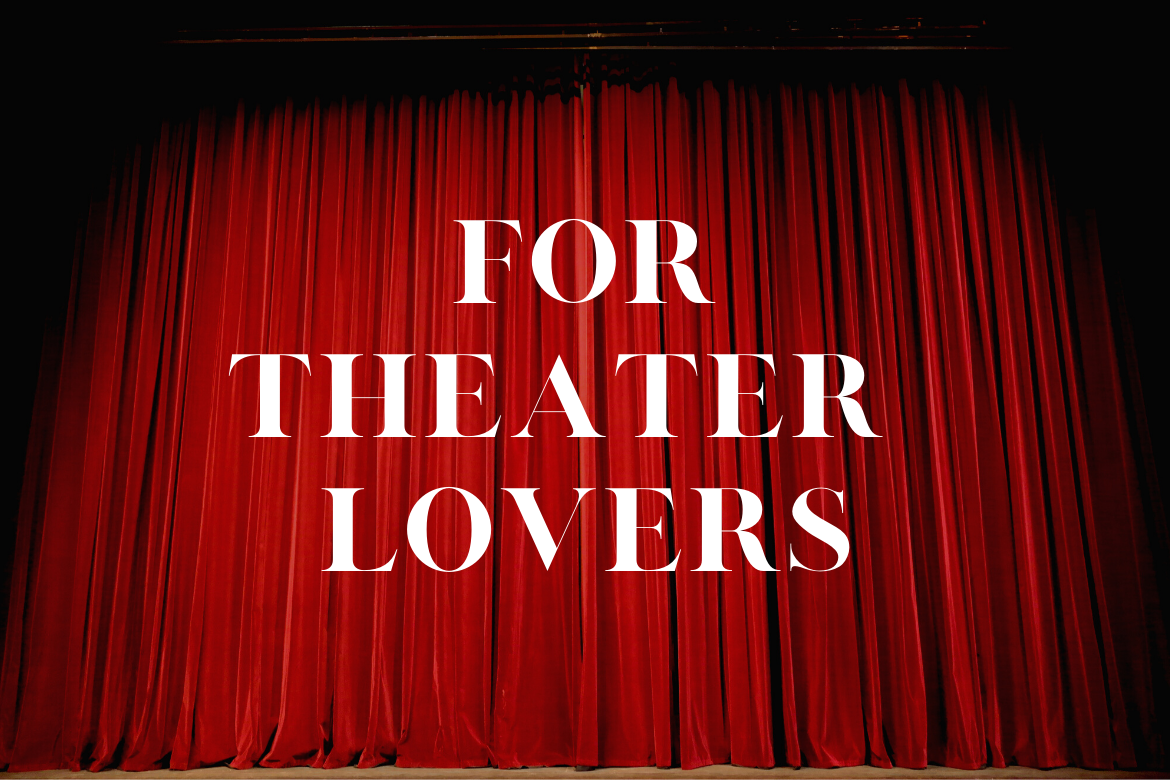 Missing the theater? Cue these spectacular reads. They deserve a standing ovation.

Fiction on the Stage: 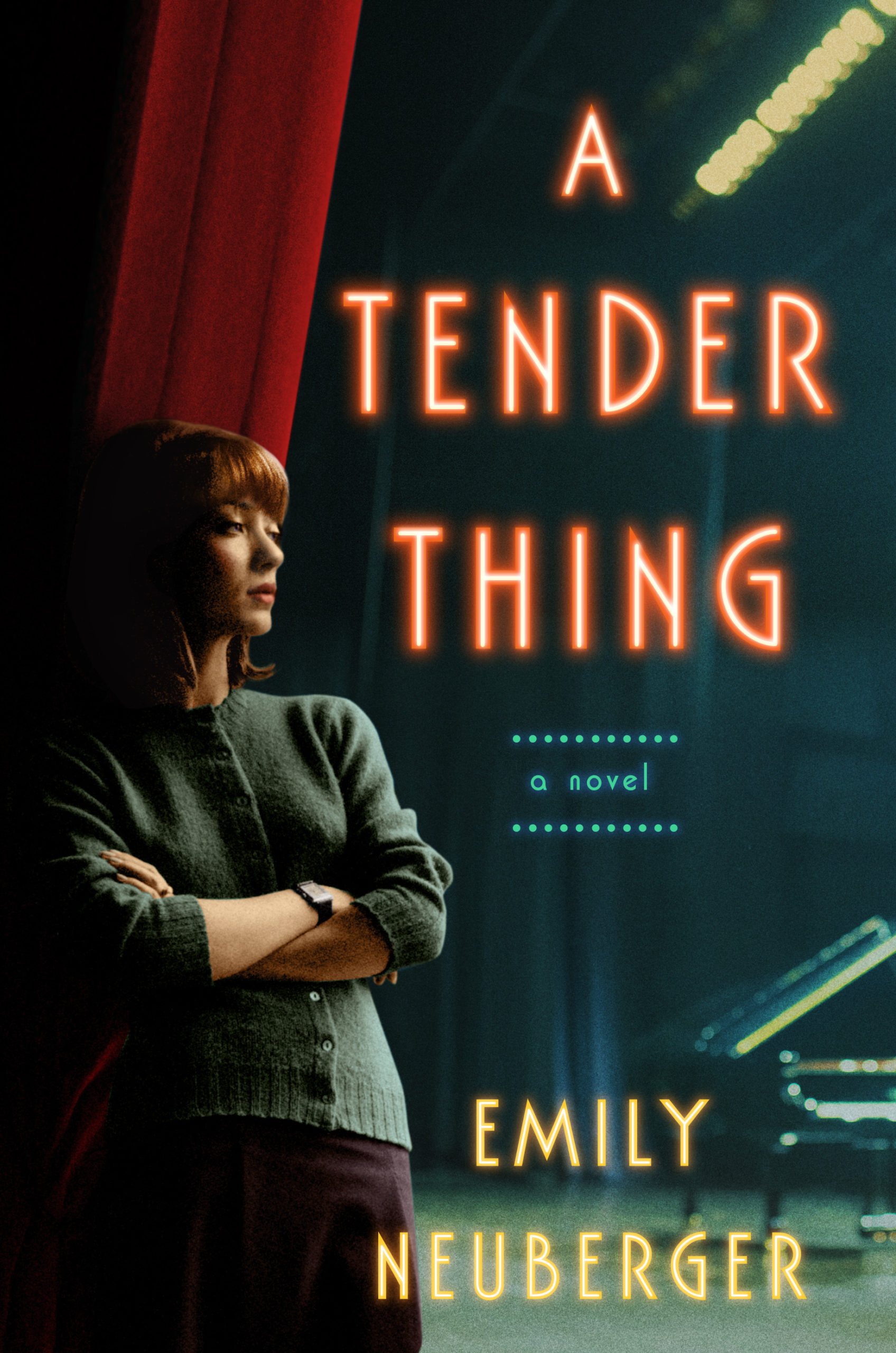 A Tender Thing by Emily Neuberger

An exhilarating debut novel set under the dazzling lights of late 1950s Broadway, where a controversial new musical pushes the boundaries of love, legacy, and art.

Growing up in rural Wisconsin, Eleanor O’Hanlon always felt different. In love with musical theater from a young age, she memorized every show album she could get her hands on. So when she discovers an open call for one of her favorite productions, she leaves behind everything she knows to run off to New York City and audition. Raw and untrained, she catches the eye of famed composer Don Mannheim, who catapults her into the leading role of his new work, “A Tender Thing,” a provocative love story between a white woman and black man, one never before seen on a Broadway stage.

As word of the production gets out, an outpouring of protest whips into a fury. Between the intensity of rehearsals, her growing friendship with her co-star Charles, and her increasingly muddled creative—and personal—relationship with Don, Eleanor begins to question her own naïve beliefs about the world. When explosive secrets threaten to shatter the delicate balance of the company, and the possibility of the show itself, Eleanor must face a new reality and ultimately decide what it is she truly wants.

Listen to Emily Neuberger in Conversation on the This Is the Author Podcast. 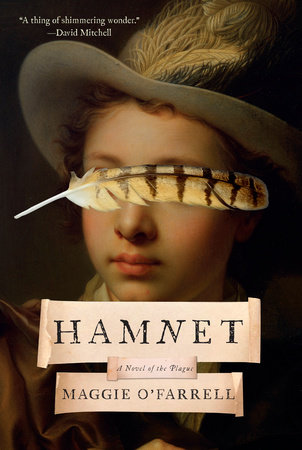 A short, piercing, deeply moving new novel from the acclaimed author of I Am, I Am, I Am, about the death of Shakespeare’s eleven-year-old son Hamnet—a name interchangeable with Hamlet in fifteenth-century Britain—and the years leading up to the production of his great play.

England, 1580: The Black Death creeps across the land, an ever-present threat, infecting the healthy, the sick, the old and the young, alike. The end of days is near, but life always goes on.

A young Latin tutor—penniless and bullied by a violent father—falls in love with an extraordinary, eccentric young woman. Agnes is a wild creature who walks her family’s land with a falcon on her glove and is known throughout the countryside for her unusual gifts as a healer, understanding plants and potions better than she does people. Once she settles with her husband on Henley Street in Stratford-upon-Avon she becomes a fiercely protective mother and a steadfast, centrifugal force in the life of her young husband, whose career on the London stage is taking off when his beloved young son succumbs to sudden fever. 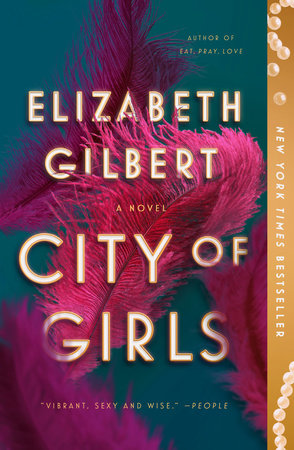 City of Girls by Elizabeth Gilbert

Beloved author Elizabeth Gilbert returns to fiction with a unique love story set in the New York City theater world during the 1940s. Told from the perspective of an older woman as she looks back on her youth with both pleasure and regret (but mostly pleasure), City of Girls explores themes of female sexuality and promiscuity, as well as the idiosyncrasies of true love.

In 1940, nineteen-year-old Vivian Morris has just been kicked out of Vassar College, owing to her lackluster freshman-year performance. Her affluent parents send her to Manhattan to live with her Aunt Peg, who owns a flamboyant, crumbling midtown theater called the Lily Playhouse. There Vivian is introduced to an entire cosmos of unconventional and charismatic characters, from the fun-chasing showgirls to a sexy male actor, a grand-dame actress, a lady-killer writer, and no-nonsense stage manager. But when Vivian makes a personal mistake that results in professional scandal, it turns her new world upside down in ways that it will take her years to fully understand. Ultimately, though, it leads her to a new understanding of the kind of life she craves – and the kind of freedom it takes to pursue it. It will also lead to the love of her life, a love that stands out from all the rest.

Now eighty-nine years old and telling her story at last, Vivian recalls how the events of those years altered the course of her life – and the gusto and autonomy with which she approached it. “At some point in a woman’s life, she just gets tired of being ashamed all the time,” she muses. “After that, she is free to become whoever she truly is.” 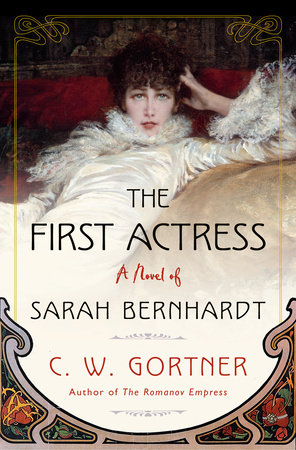 The First Actress: A Novel of Sarah Bernhardt by C. W. Gortner

From her beginnings as the daughter of a courtesan to her extraordinary transformation into the most celebrated actress of her era, Sarah Bernhardt is brought to life by an internationally bestselling author praised for his historical novels featuring famous women.

Sarah’s highly dramatic life starts when she returns to Paris after her convent schooling and is confronted by her mother’s demand to follow in the family trade as a courtesan. To escape this fate, Sarah pursues a career onstage at the esteemed Comédie-Française, until her rebellious acting style leads to her scandalous dismissal. Only nineteen years old and unemployed, Sarah is forced to submit to her mother’s wishes. But her seductive ease as a courtesan comes to an abrupt end when she discovers she is pregnant. Unwilling to give up her child, Sarah defies social condemnation and is cast adrift, penniless and alone.

With her striking beauty and innovative performances in a bohemian theater, Sarah catapults to unexpected success; suddenly, audiences clamor to see this controversial young actress. But her world is torn asunder by the brutal 1870 siege of Paris. Sarah refuses to abandon the ravaged city, nursing wounded soldiers and risking her life.

Her return to the Comédie and her tempestuous affair with her leading man plunge Sarah into a fierce quest for independence. Undeterred, she risks everything to become France’s most acclaimed actress, enthralling audiences with her shocking portrayals of female and male characters. Sarah’s daring talent and outrageous London engagement pave her path to worldwide celebrity, with sold-out tours in Europe and America.

Fiction on the Big Screen: 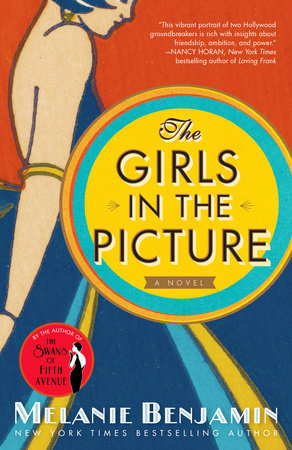 With cameos from such notables as Charlie Chaplin, Louis B. Mayer, Rudolph Valentino, and Lillian Gish, The Girls in the Picture is, at its heart, a story of friendship and forgiveness. Melanie Benjamin brilliantly captures the dawn of a glittering new era—its myths and icons, its possibilities and potential, and its seduction and heartbreak.

But their ambitions are challenged by both the men around them and the limitations imposed on their gender—and their astronomical success could come at a price. As Mary, the world’s highest paid and most beloved actress, struggles to live her life under the spotlight, she also wonders if it is possible to find love, even with the dashing actor Douglas Fairbanks. Frances, too, longs to share her life with someone. As in any good Hollywood story, dramas will play out, personalities will clash, and even the deepest friendships might be shattered. 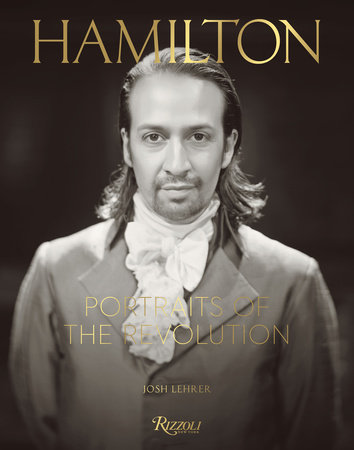 Hamilton: Portraits of the Revolution by Josh Lehrer, Foreword by Lin-Manuel Miranda

The photographer Josh Lehrer’s up-close-and-personal document of the evolution, and revolution, that is Hamilton: An American Musical.

Only the second official book, Hamilton: Portraits of the Revolution invites Hamilfans to experience the award-winning show in a brand-new and intimate way through more than 100 portraits of the cast, including Lin-Manuel Miranda (Alexander Hamilton), Leslie Odom Jr. (Aaron Burr), Daveed Diggs (Lafayette), Phillipa Soo (Eliza Schuyler Hamilton), and Renée Elise Goldsberry (Angelica Schuyler), along with personal commentary by the cast about Hamilton, their experiences, and the show’s impact on them and the world. It includes contributions by creator Lin-Manuel Miranda and director Thomas Kail, as well as a curated collection of ephemera and original writings from the historical figures who served as the inspiration for their stage characters. 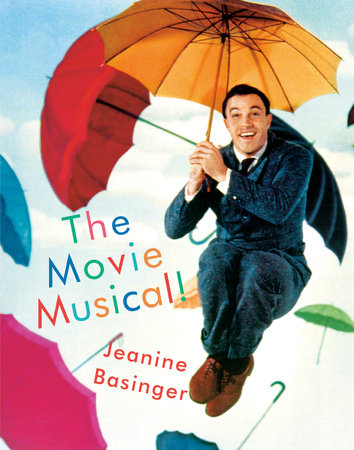 The Movie Musical! by Jeanine Basinger

Irresistible and authoritative, The Movie Musical! is an in-depth look at the singing, dancing, happy-making world of Hollywood musicals.

Leading film historian Jeanine Basinger reveals, with her trademark wit and zest, the whole story of the Hollywood musical—in the most telling, most incisive, most detailed, most gorgeously illustrated book of her long and remarkable career.

From Fred Astaire, whom she adores, to La La Land, which she deplores, Basinger examines a dazzling array of stars, strategies, talents, and innovations in the history of musical cinema. Whether analyzing a classic Gene Kelly routine, relishing a Nelson-Jeanette operetta, or touting a dynamic hip hop number (in the underrated Idlewild), she is a canny and charismatic guide to the many ways that song and dance have been seen–and heard–on film. 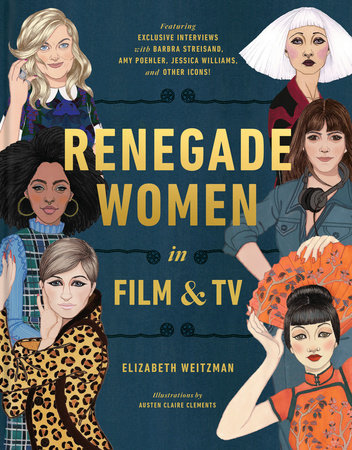 A charmingly illustrated and timely tribute to the women who broke glass ceilings in film and television, debuting during an historic time of change in the entertainment industry.

Renegade Women in Film and TV blends stunning illustrations, fascinating biographical profiles, and exclusive interviews with icons like Barbra Streisand, Rita Moreno, and Sigourney Weaver to celebrate the accomplishments of 50 extraordinary women throughout the history of entertainment. Each profile highlights the groundbreaking accomplishments and essential work of pioneers from the big and small screens, offering little-known facts about household names (Lucille Ball, Oprah Winfrey, Nora Ephron) and crucial introductions to overlooked pioneers (Alla Nazimova, Anna May Wong, Frances Marion). From 19th century iconoclast Alice Guy Blaché to 21st century trailblazer Ava DuVernay, Renegade Women honors the women who succeeded against all odds, changing their industry in front of the camera and behind the scenes.

Let Books Be Your Summer 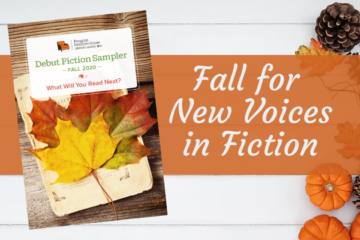