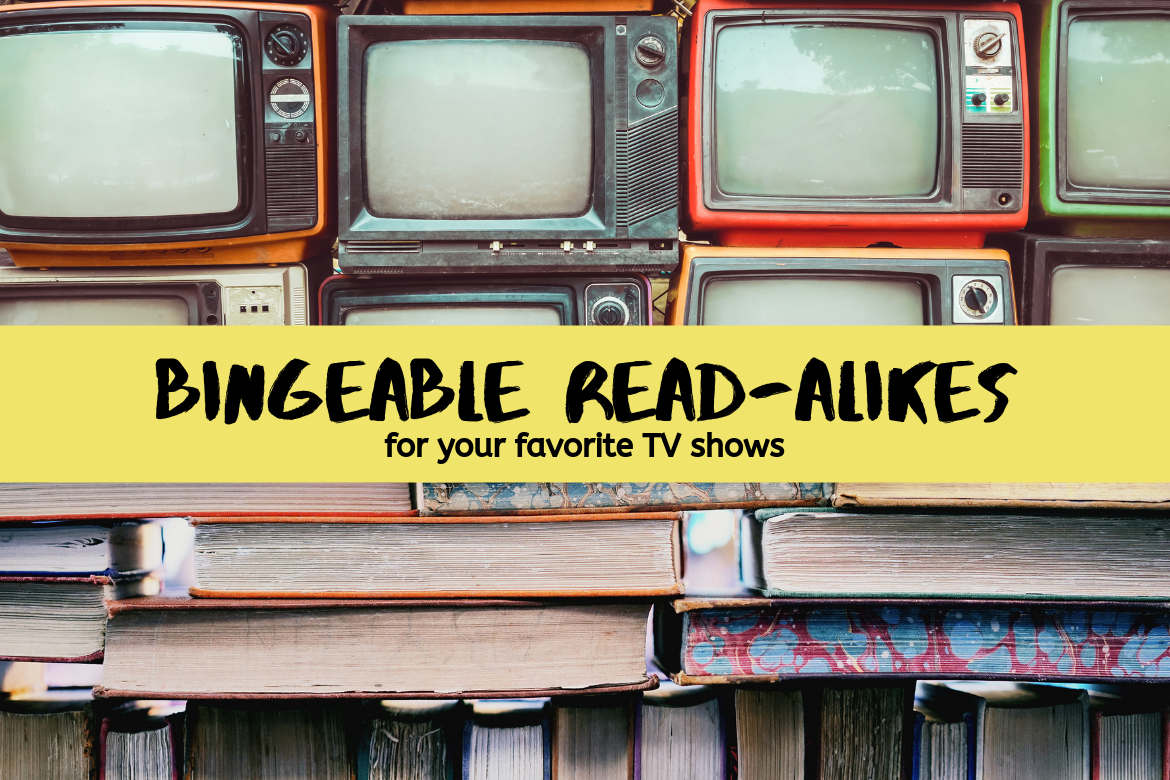 From the inspiration for the award winning television series Orange Is the New Black, to page-turning drama for fans of Big Little Lies with The Gifted School, you won’t be able to put these bingeable read alikes down.

For Fans of Orange is the New Black: 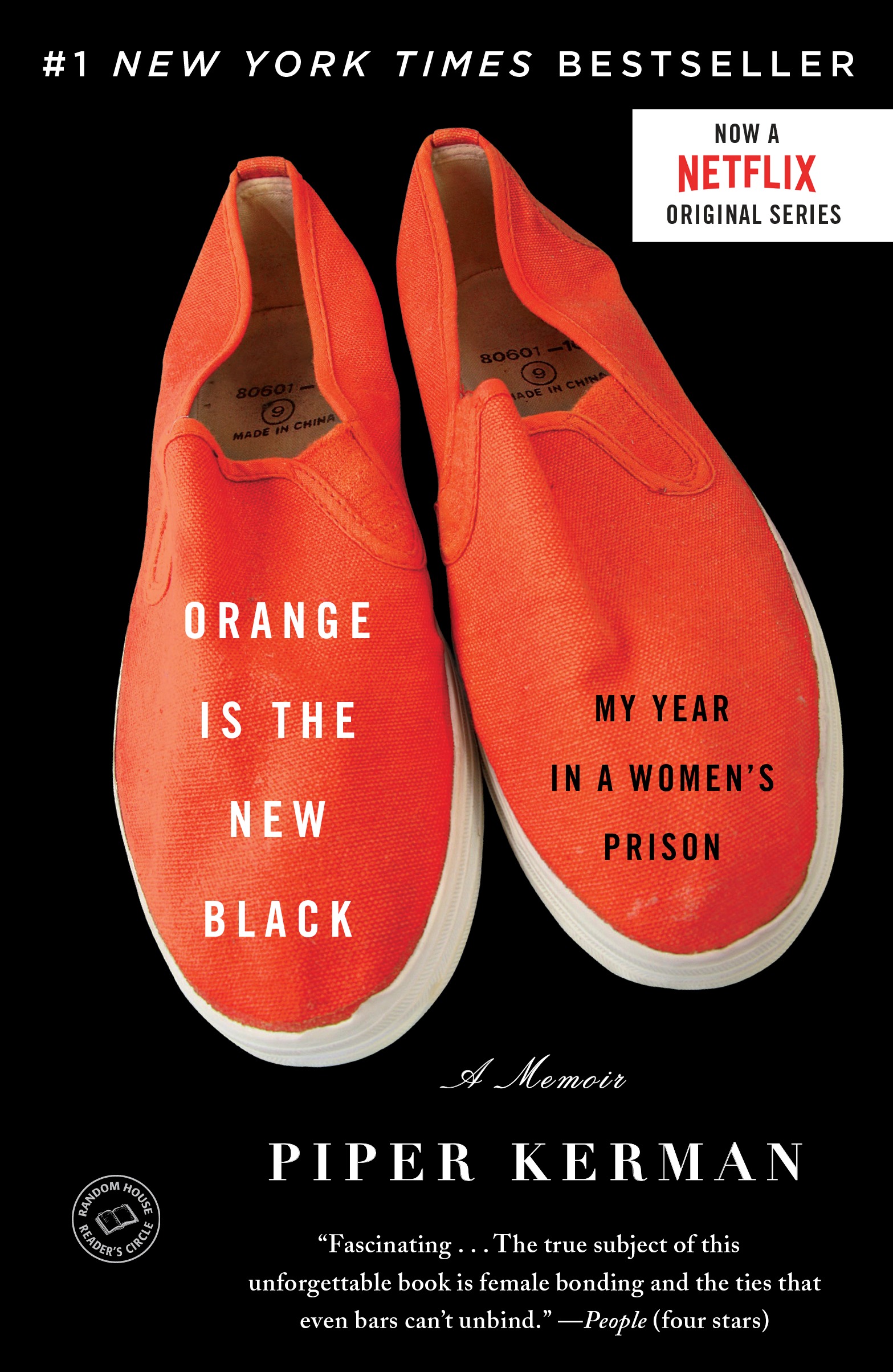 Orange Is the New Black: My Year in a Women’s Prison by Piper Kerman

As the world eagerly awaits the seventh and final season of the gripping Emmy Award winning Netflix series on July 27th, now is a great time to read or re-read Piper Kerman’s endlessly fascinating memoir that inspired the show.

With a career, a boyfriend, and a loving family, Piper Kerman barely resembles the reckless young woman who delivered a suitcase of drug money ten years before. But that past has caught up with her. Convicted and sentenced to fifteen months at the infamous federal correctional facility in Danbury, Connecticut, the well-heeled Smith College alumna is now inmate #11187–424—one of the millions of people who disappear “down the rabbit hole” of the American penal system. From her first strip search to her final release, Kerman learns to navigate this strange world with its strictly enforced codes of behavior and arbitrary rules. She meets women from all walks of life, who surprise her with small tokens of generosity, hard words of wisdom, and simple acts of acceptance. Heartbreaking, hilarious, and at times enraging, Kerman’s story offers a rare look into the lives of women in prison—why it is we lock so many away and what happens to them when they’re there.

Click to Watch the Trailer for Season 7 of Orange is the New Black.

For Fans of Big Little Lies: 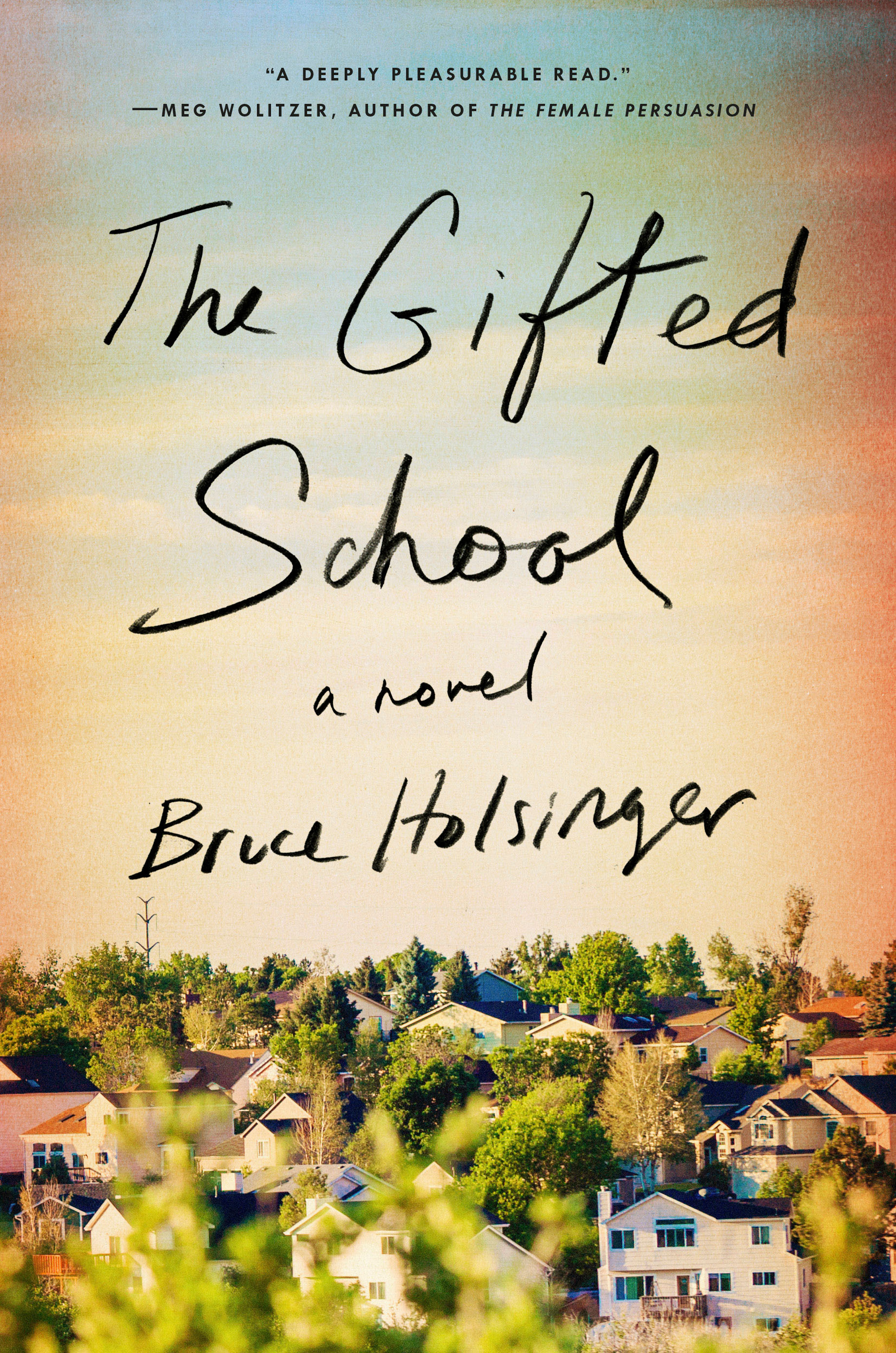 The Gifted School by Bruce Holsinger

Smart and juicy, a compulsively readable novel about a previously happy group of friends and parents that is nearly destroyed by their own competitiveness when an exclusive school for gifted children opens in the community.

Set in the fictional town of Crystal, Colorado, The Gifted School is a keenly entertaining novel that observes the drama within a community of friends and parents as good intentions and high ambitions collide in a pile-up with long-held secrets and lies. Seen through the lens of four families who’ve been a part of one another’s lives since their kids were born over a decade ago, the story reveals not only the lengths that some adults are willing to go to get ahead, but the effect on the group’s children, sibling relationships, marriages, and careers, as simmering resentments come to a boil and long-buried, explosive secrets surface and detonate.

It’s a humorous, keenly observed, timely take on ambitious parents, willful kids, and the pursuit of prestige, no matter the cost. 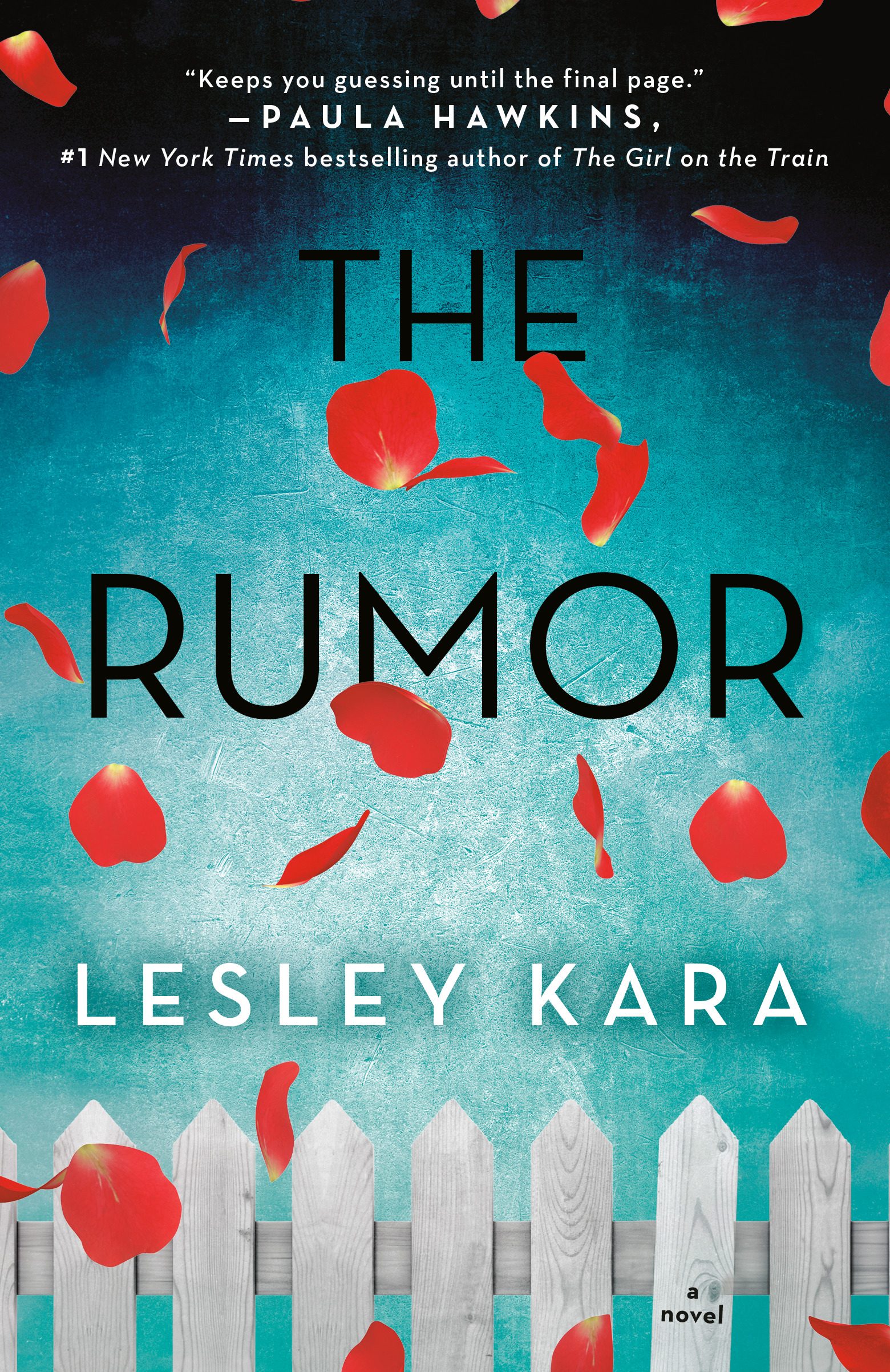 The Rumor by Lesley Kara

When a single mother hears a shocking rumor outside her son’s school, she never intends to pass it on. But one casual comment leads to another . . . and now there’s no going back.

Rumor has it that a notorious killer, who committed a brutal crime as a child, has been living a new life under an assumed identity in Joanna’s seaside town. So who is the criminal hidden in their midst? Suspicion falls on everyone.

As Joanna becomes obsessed with the case, her curiosity will expose her son and his father to the supposedly reformed murderer—who may be ready to kill again. She will learn how dangerous one rumor can become . . . and just how far she must go to protect those she loves. She is going to regret the day she ever said a word.

For Fans of The Handmaid’s Tale: 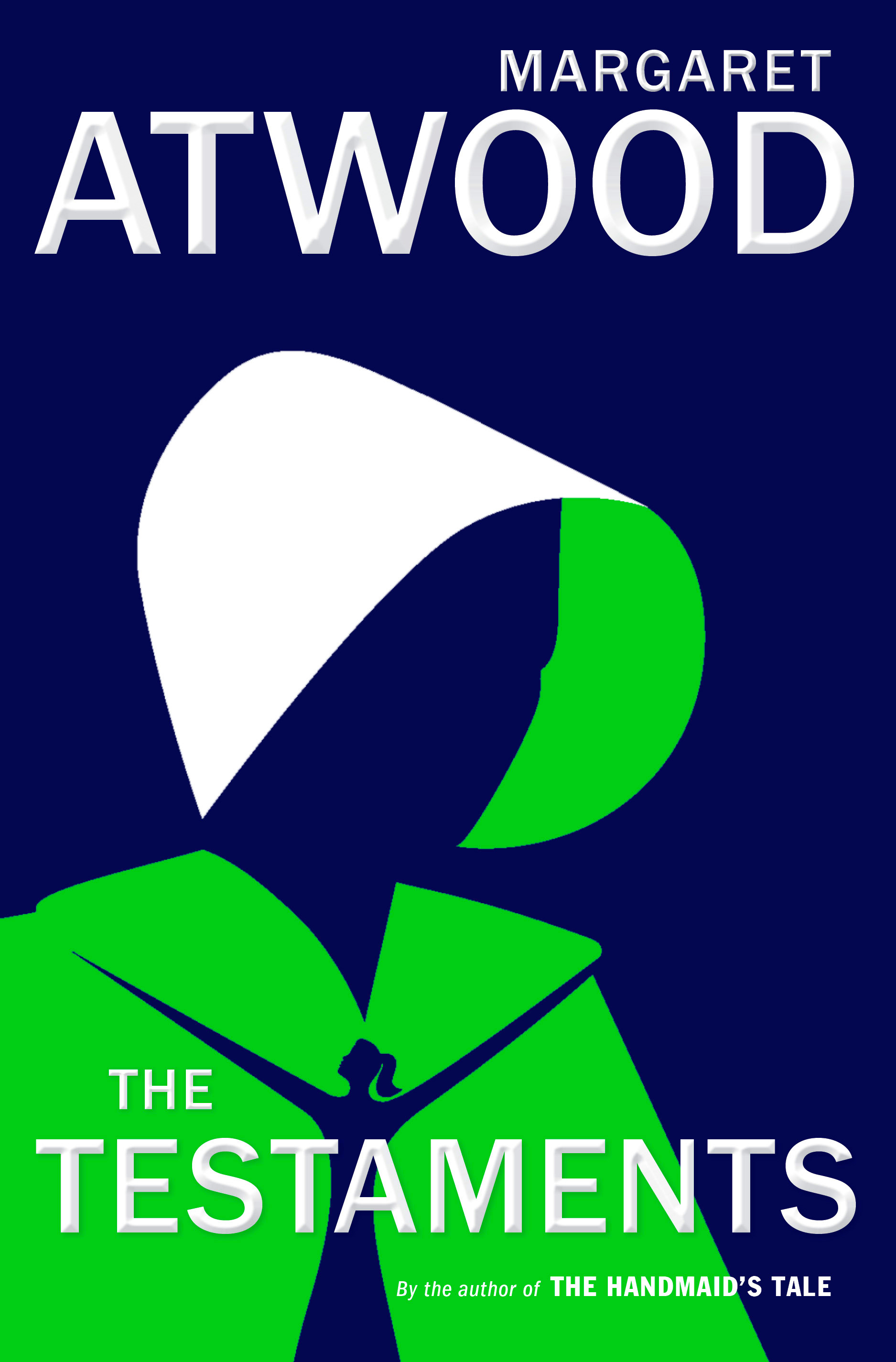 The Testaments by Margaret Atwood

In this brilliant sequel to The Handmaid’s Tale, acclaimed author Margaret Atwood answers the questions that have tantalized readers for decades.

When the van door slammed on Offred’s future at the end of The Handmaid’s Tale, readers had no way of telling what lay ahead for her—freedom, prison or death.

Margaret Atwood’s sequel picks up the story fifteen years after Offred stepped into the unknown, with the explosive testaments of three female narrators from Gilead.

“Dear Readers: Everything you’ve ever asked me about Gilead and its inner workings is the inspiration for this book. Well, almost everything! The other inspiration is the world we’ve been living in.” –Margaret Atwood

For Fans of Black Mirror: 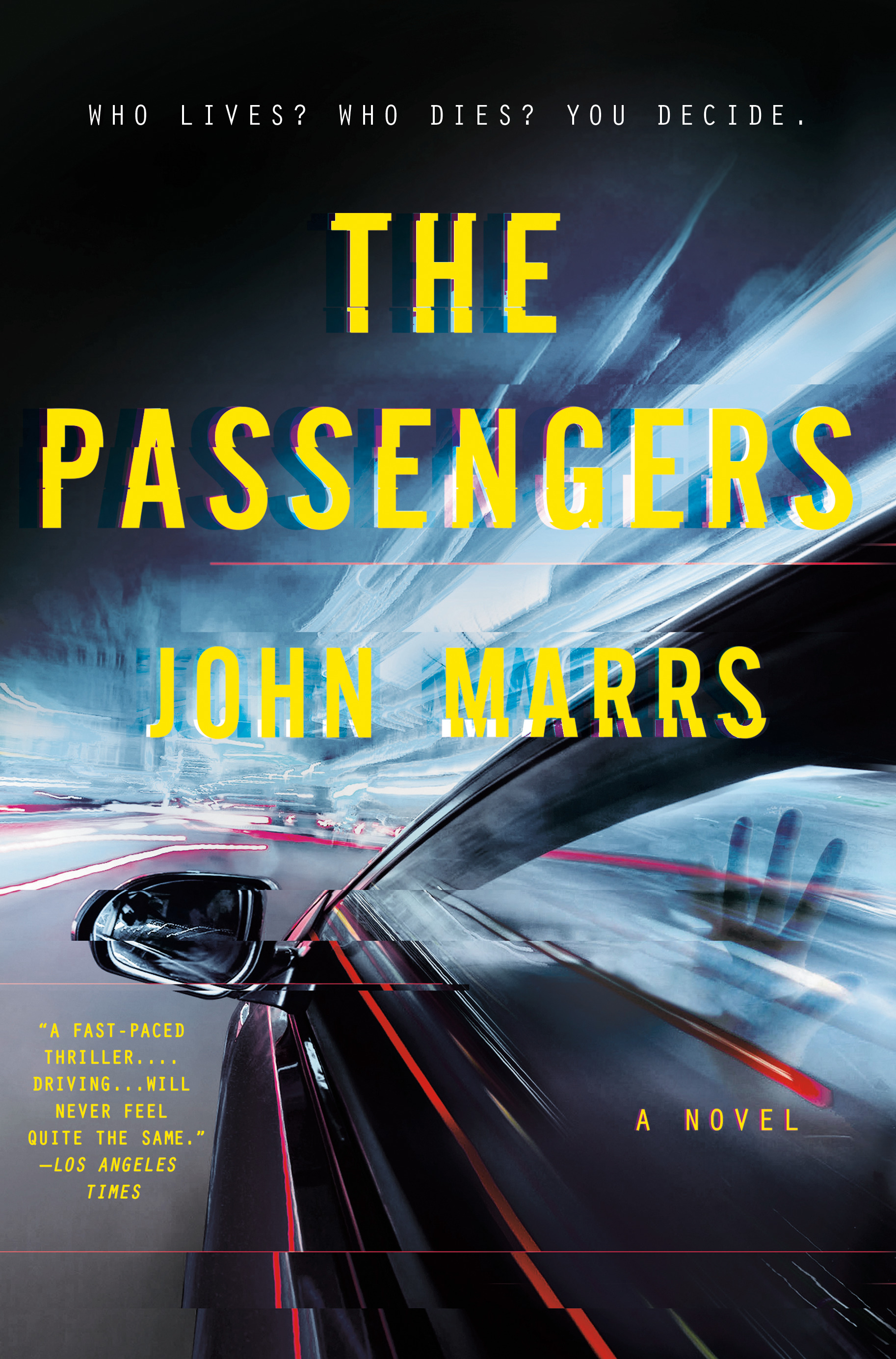 The Passengers by John Marrs

You’re riding in your self-driving car when suddenly the doors lock, the route changes and you have lost all control. Then, a mysterious voice tells you, “You are going to die.”

Just as self-driving cars become the trusted, safer norm, eight people find themselves in this terrifying situation, including a faded TV star, a pregnant young woman, an abused wife fleeing her husband, an illegal immigrant, a husband and wife, and a suicidal man.

From cameras hidden in their cars, their panic is broadcast to millions of people around the world. But the public will show their true colors when they are asked, “Which of these people should we save? And who should we kill first?”

An Anthology for Fans of Four Weddings and a Funeral: 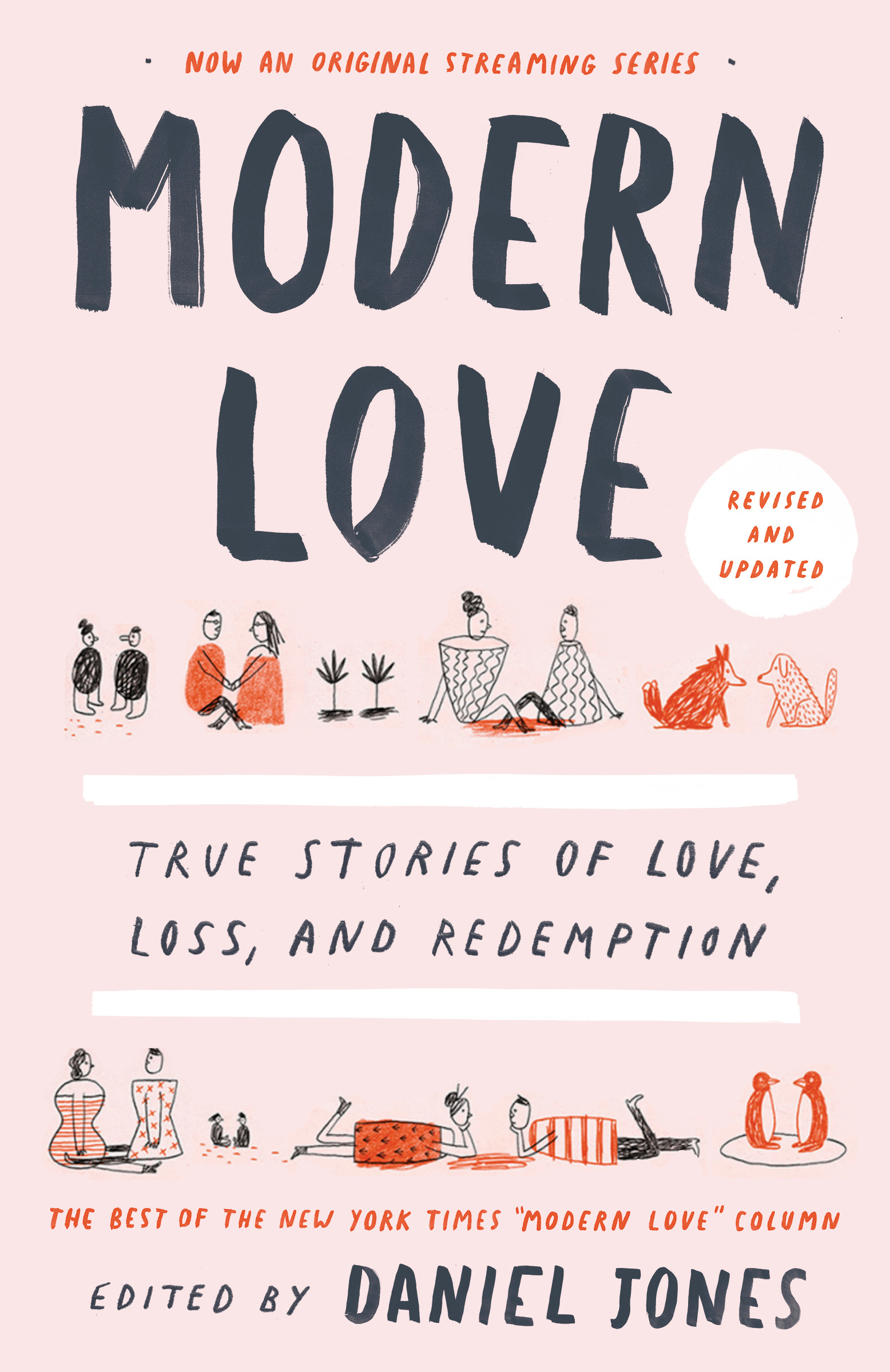 These are just a few of the people who tell their stories in Modern Love, Revised and Updated, featuring dozens of the most memorable essays to run in The New York Times “Modern Love” column since its debut in 2004.

Some of the stories are unconventional, while others hit close to home. Some reveal the way technology has changed dating forever; others explore the timeless struggles experienced by anyone who has ever searched for love. But all of the stories are, above everything else, honest. Together, they tell the larger story of how relationships begin, often fail, and—when we’re lucky—endure.

For Fans Waiting for the Final Season of Homeland: 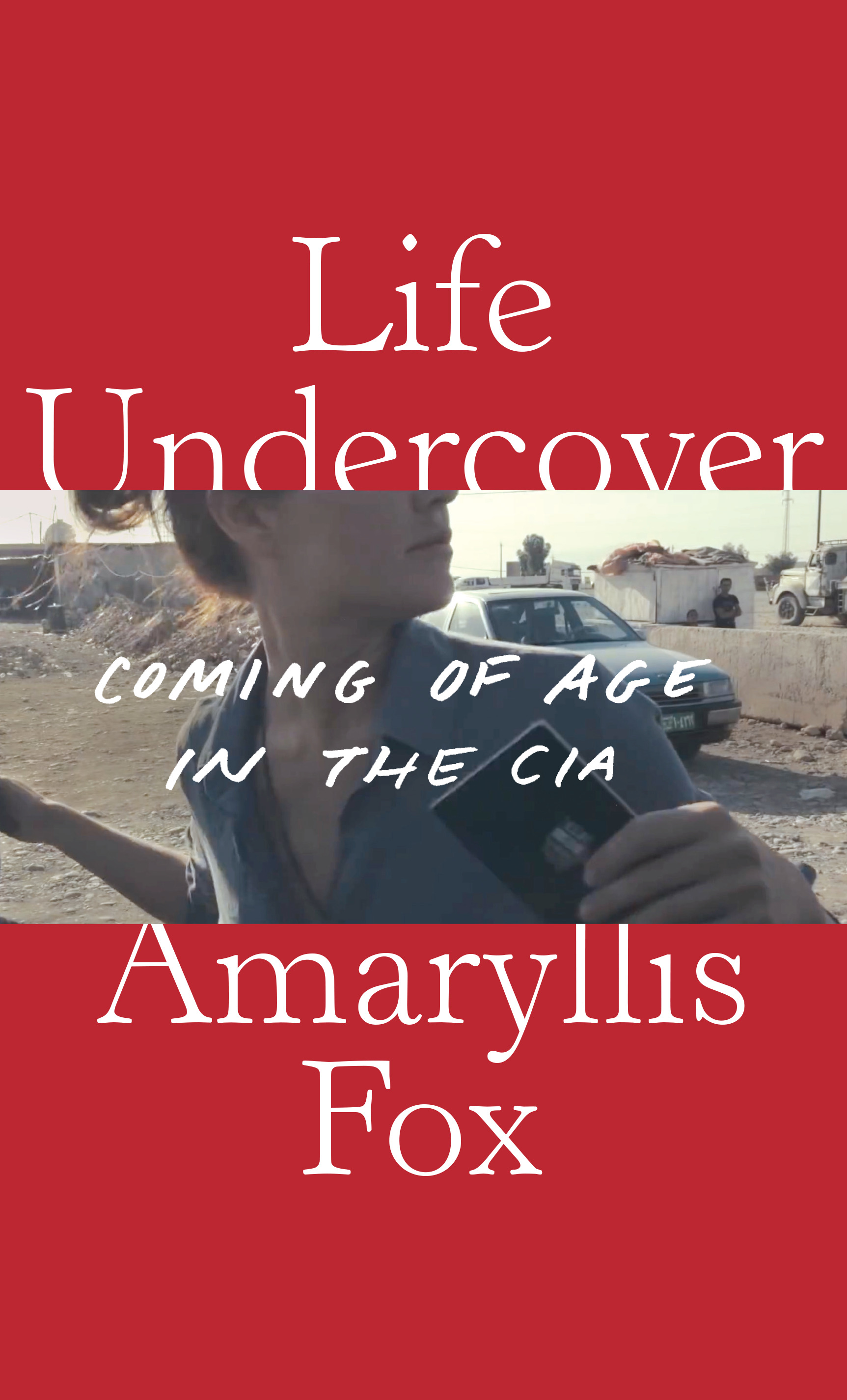 Life Undercover: Coming of Age in the CIA by Amaryllis Fox:

If you’re hankering for Homeland, pick up this book. In this addictive memoir, Amaryllis Fox reveals the gritty details of her 10 year career in the CIA. Catapulted by personal tragedy and fast tracked into the most coveted job in the field as a spy under non-official cover, Life Undercover is a real life action thriller that takes us around the globe and deep into danger as we follow Fox’s career.

Amaryllis Fox was in her last year as an undergraduate at Oxford studying theology and international law when her writing mentor Daniel Pearl was captured and beheaded. Galvanized by this brutality, Fox applied to a master’s program in conflict and terrorism at Georgetown’s School of Foreign Service, where she created an algorithm that predicted, with uncanny certainty, the likelihood of a terrorist cell arising in any village around the world. And, at twenty-one, she was recruited by the CIA.

Life Undercover is exhilarating, intimate, fiercely intelligent—an impossible to put down record of an extraordinary life, and of Amaryllis Fox’s astonishing courage and passion.

For Fans of Veronica Mars: 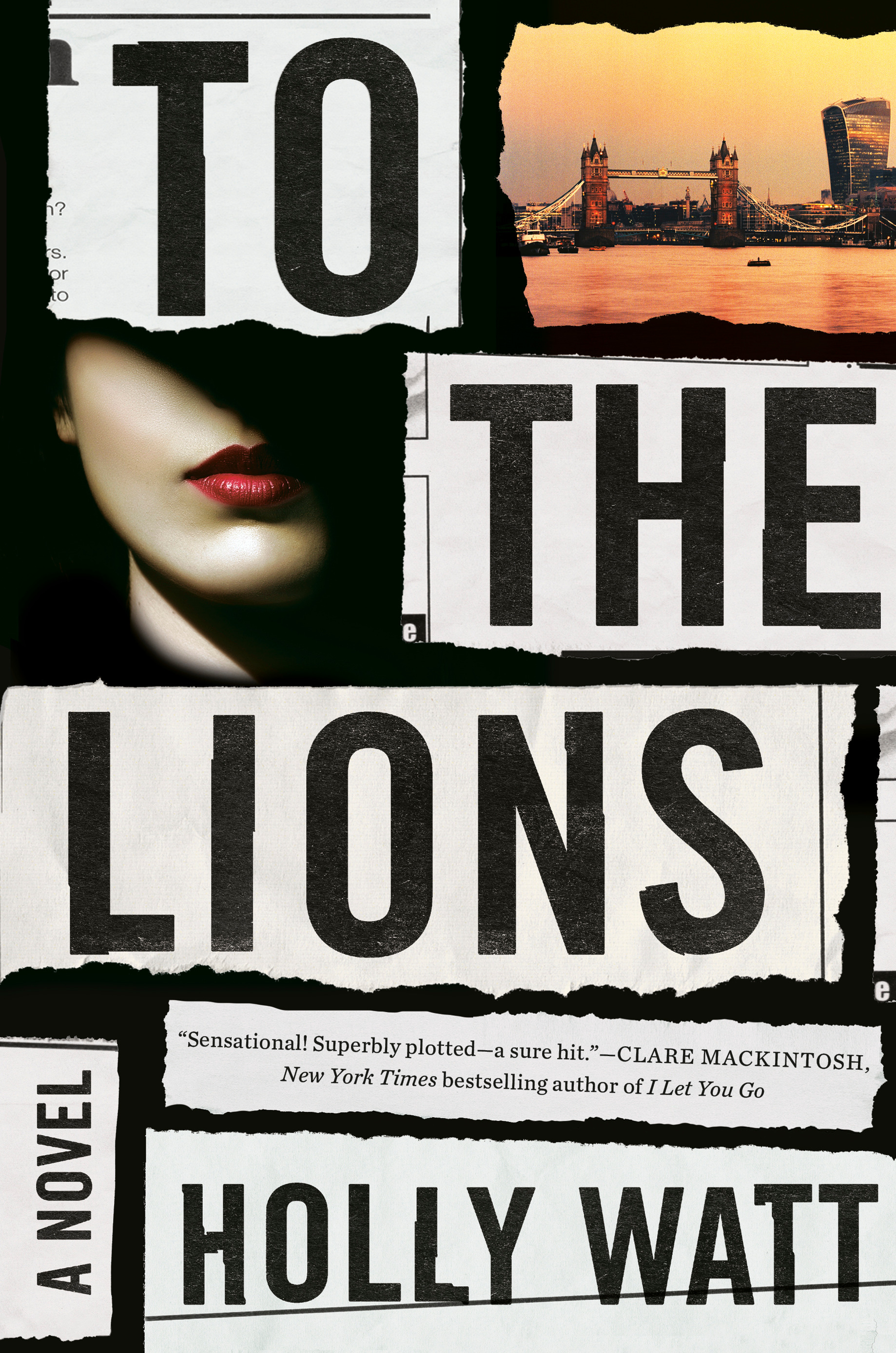 To the Lions by Holly Watt

For grown up Veronica Mars fans, an international thriller featuring a female journalist who stumbles upon a dark conspiracy, and her determination to follow the clues, no matter how far that takes her.

Casey Benedict, star reporter at the Post, has infiltrated the lives and exposed the lies of countless politicians and power players. Using her network of contacts, and her ability to slip into whatever identity suits the situation, Casey is always on the search for the next big story, no matter how much danger this might place her in, or what the cost might be, emotionally.

Tipped off by an overheard conversation at an exclusive London nightclub, she begins to investigate the apparent suicide of a wealthy young British man whose death has left his fiancée and family devastated. The young man’s death, however, is only the tipping point of a much more sinister and dangerous scandal involving the world’s most powerful leaders and magnates—men who are gathering in northern Africa for an extreme and secret hunt. With fellow reporter Miranda and combat veteran Ed by her side, Casey’s determined hunt for the truth will take her from the glitz of St. Tropez to the deserts of Libya and on to the very darkest corners of the human mind.

For Fans of Sweetbitter: 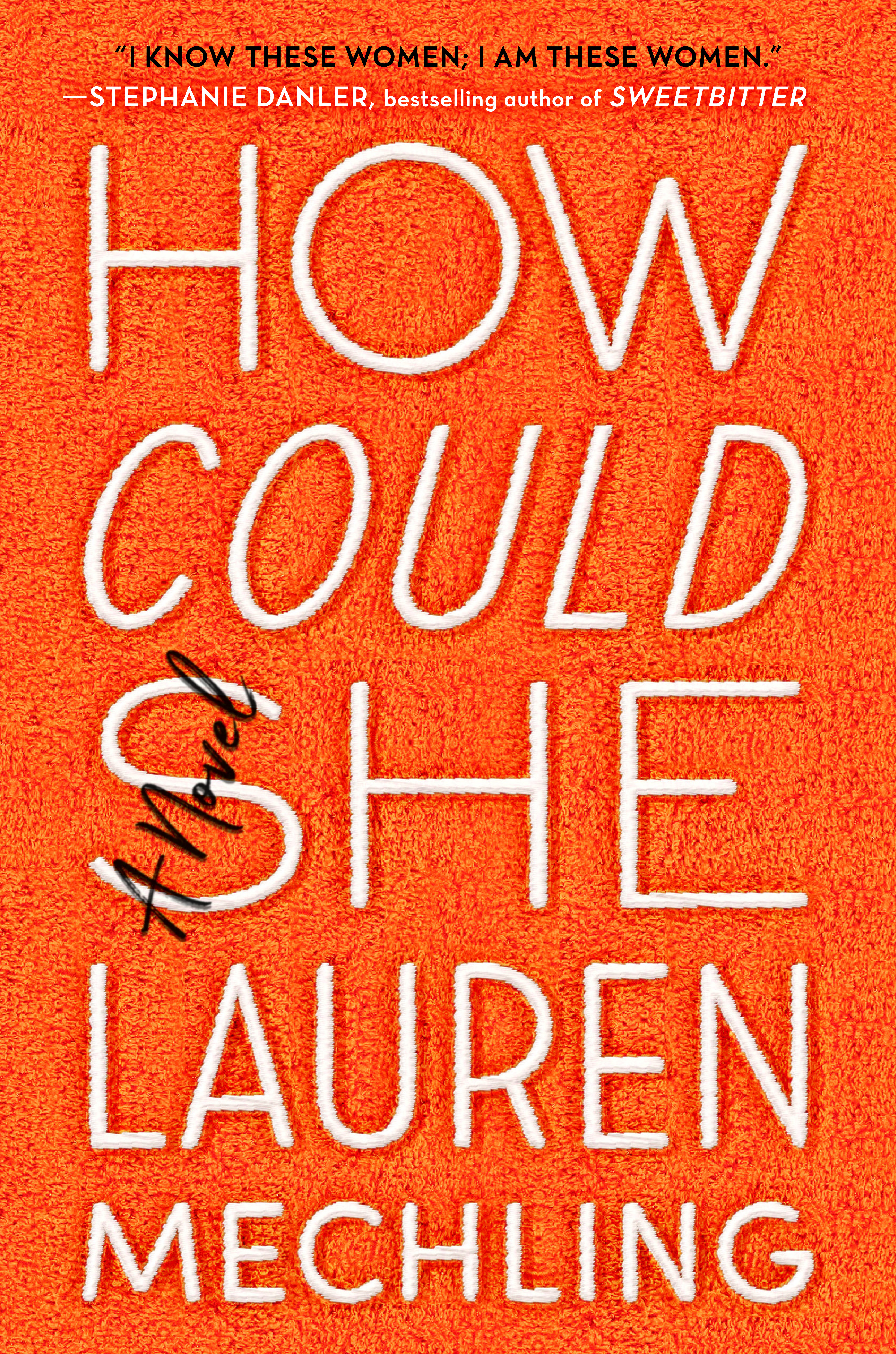 How Could She by Lauren Mechling

An assured and savagely funny novel about three old friends as they navigate careers, husbands, an ex-fiancé, new suitors, and, most importantly, their relationships with one another.

After a devastating break-up with her fiancé, Geraldine is struggling to get her life back on track in Toronto. Her two old friends, Sunny and Rachel, left ages ago for New York, where they’ve landed good jobs, handsome husbands, and unfairly glamorous lives (or at least so it appears to Geraldine). Sick of watching from the sidelines, Geraldine decides to force the universe to give her the big break she knows she deserves, and moves to New York City.

As she zigzags her way through the downtown art scene and rooftop party circuit, she discovers how hard it is to find her footing in a world of influencers and media darlings. Meanwhile, Sunny’s life as an It Girl watercolorist is not nearly as charmed as it seemed to Geraldine from Toronto. And Rachel is trying to keep it together as a new mom, writer, and wife–how is it that she was more confident and successful at twenty-five than in her mid-thirties? Perhaps worst of all, why are Sunny and Rachel—who’ve always been suspicious of each other—suddenly hanging out without Geraldine?

Listen to a Clip from Audio Book.