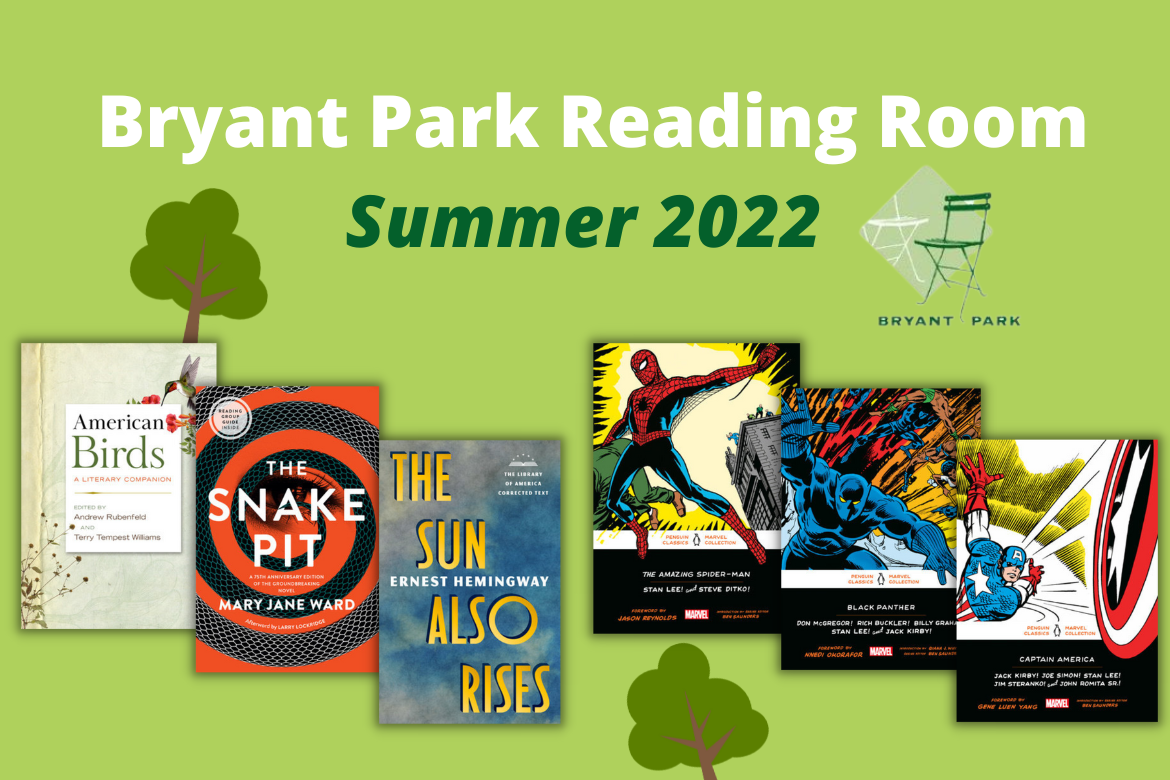 We may be bias, but we just don’t think you can beat summer in New York City! We hope you will join us, our friends at the Bryant Park Reading Room, and The Library of America for a summer-long celebration of the classics! We have two separate programs set up this summer featuring classic books for every reader. If you are a NYC local, hope you can join us for one or all of them, if not visit the Reading Room to follow along online.

Bryant Park is located behind the New York Public Library in Midtown Manhattan​, between 40th and 42nd Streets & Fifth and Sixth Avenues.

All events are free and open to the public.

Here is the lineup for the Timeless Classics Series in partnership with The Library of America and the Bryant Park Reading Room: 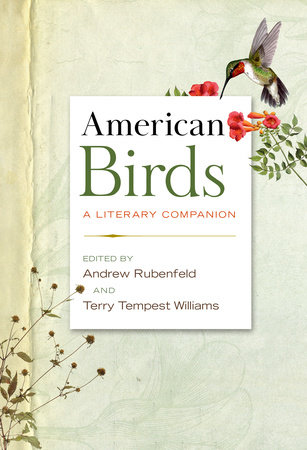 Featuring some of America’s greatest writers and poets, this landmark anthology is a one-of-a-kind field guide to the American literary imagination.

Americans have always been fascinated by birds and from the beginning American writers have captured this keen interest in a variety of genres: poems, journals, memoirs, short stories, essays, and travel accounts. Here literature professor and avid birder Andrew Rubenfeld, in collaboration with acclaimed writer Terry Tempest Williams, who provides a foreword, gathers evocative and surprising writings on birds and our fascination with them from an astonishing array of American poets and writers. The result is a literature of singular depth and beauty, with occasional flights of fancy in the mix.

*This event will be moderated by Andrew Rubenfeld 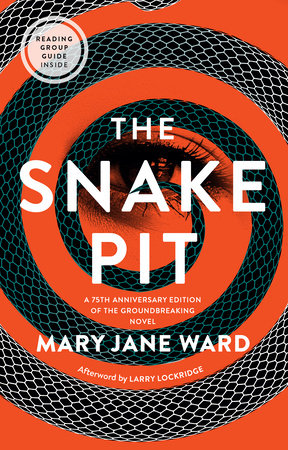 The Snake Pit: A Novel by Mary Jane Ward

A 75th anniversary edition of the landmark novel that forever changed the way we think about mental illness and its treatment.

Suffering a breakdown in 1941, thirty-five-year-old novelist Mary Jane Ward was diagnosed, or perhaps misdiagnosed, with schizophrenia and committed to a psychiatric hospital in upstate New York. From that horrific experience came this gripping story. Inspiration for the 1948 film starring Olivia de Havilland, The Snake Pit sparked important investigative journalism and state legislation to reform the care and treatment of people with mental illness. It belongs in the company of Sylvia Plath’s The Bell Jar and Ken Kesey’s One Flew Over the Cuckoo’s Nest—two books it influenced. 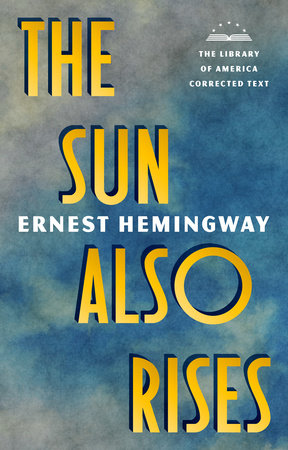 Drawn from the authoritative Library of America volume of Hemingway’s early writings, this deluxe paperback presents a new, corrected text of The Sun Also Rises prepared by a leading Hemingway scholar based on study of manuscripts and typescripts and later printings in Hemingway’s lifetime. Correcting numerous errors, restoring key changes made to his original punctuation and reinstating references to real people removed by his editor Maxwell Perkins for fear of libel or scandal, Library of America’s authoritative text brings us closer to the novel as Hemingway envisioned it.

Here is the lineup for the Graphic Novel “Classics” Series featuring the Penguin Classics Marvel Collection in partnership with the Walt Disney Company, Marvel Comics, and the Bryant Park Reading Room: 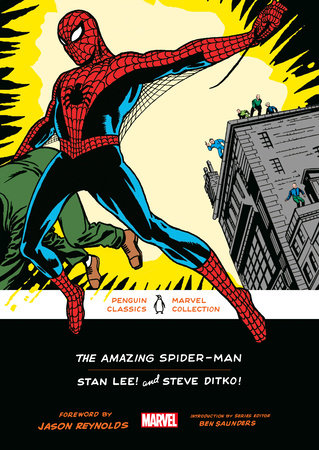 Collects “Spider-Man!” from Amazing Fantasy #15 (1962); The Amazing Spider-Man #1-4, #9, #10, #13, #14, #17-19 (1963-1964); “Goodbye to Linda Brown” from Strange Tales #97 (1962); “How Stan Lee and Steve Ditko Create Spider-Man!” from The Amazing Spider-Man Annual #1 (1964). It is impossible to imagine American popular culture without Marvel Comics. For decades, Marvel has published groundbreaking visual narratives that sustain attention on multiple levels: as metaphors for the experience of difference and otherness; as meditations on the fluid nature of identity; and as high-water marks in the artistic tradition of American cartooning, to name a few. 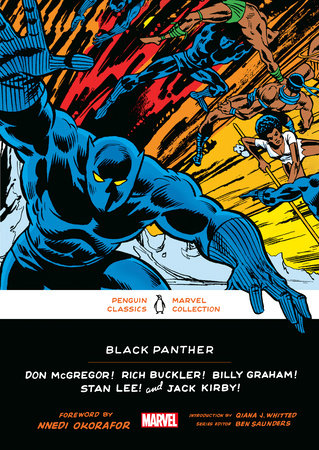 The Black Panther is not just a super hero; as King T’Challa, he is also the monarch of the hidden African nation of Wakanda. Combining the strength and stealth of his namesake with a creative scientific intelligence, the Black Panther is an icon of Afro-futurist fantasy. This new anthology includes the Black Panther’s 1966 origin tale and the entirety of the critically acclaimed “Panther’s Rage” storyline from his 1970s solo series. 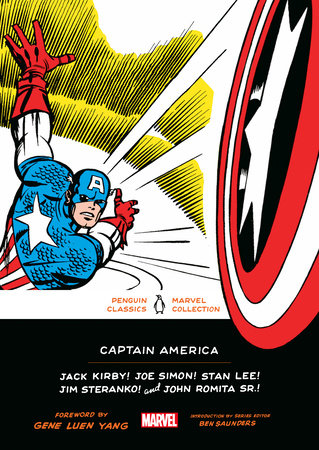 Collects Captain America Comics #1 (1941); the Captain America stories from Tales of Suspense #59, #63-68, #75-81, #92-95, #110-113 (1964-1969); “Captain America . . . Commie Smasher” from Captain America #78 (1954). It is impossible to imagine American popular culture without Marvel Comics. For decades, Marvel has published groundbreaking visual narratives that sustain attention on multiple levels: as metaphors for the experience of difference and otherness; as meditations on the fluid nature of identity; and as high-water marks in the artistic tradition of American cartooning, to name a few.