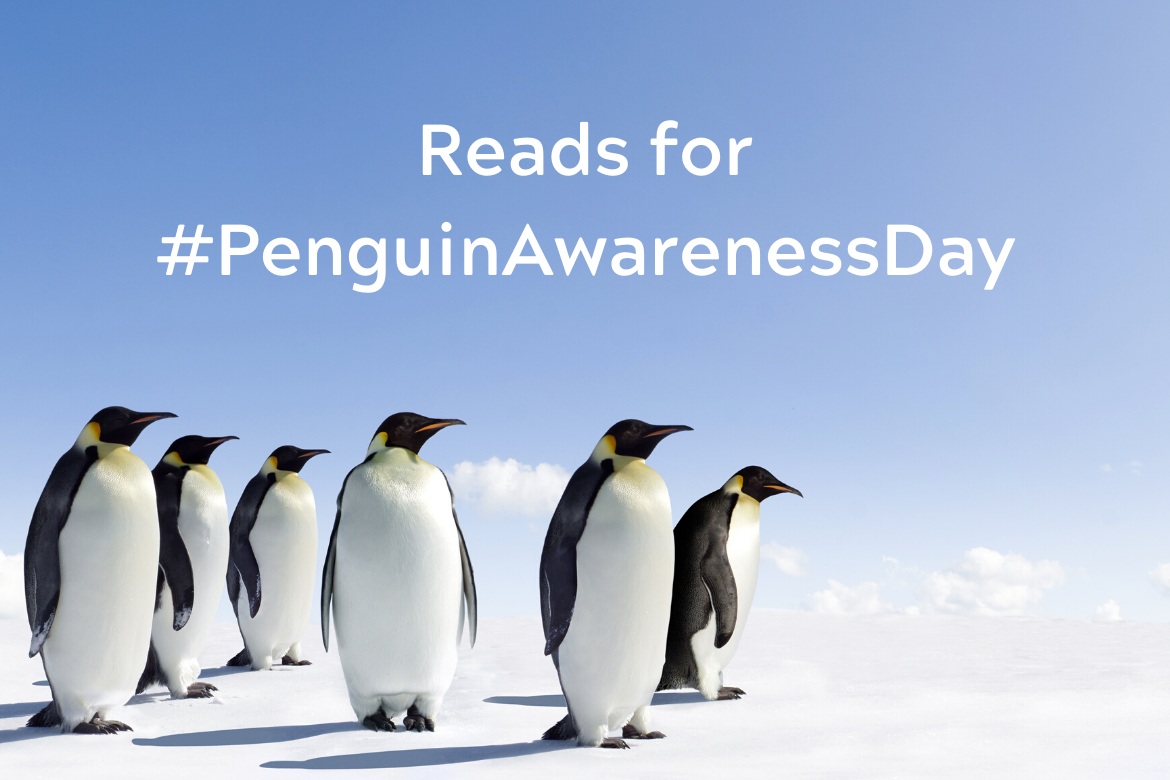 January 20th is #PenguinAwarenessDay and we’re celebrating the best way we know how—with books! From beautiful images to delightful tales for both adults and children, these fun reads celebrate and commemorate these fascinating and beloved flightless birds. 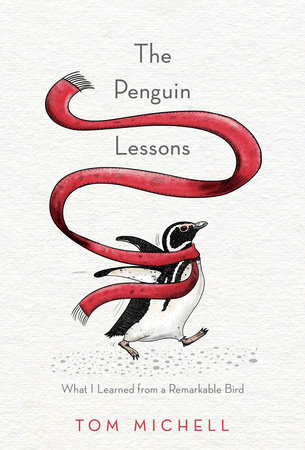 The Penguin Lessons by Tom Michell

A unique and moving real-life story of the extraordinary bond between a young teacher and a penguin.

In 1975, twenty-three-year-old Englishman Tom Michell follows his wanderlust to Argentina, where he becomes assistant master at a prestigious boarding school. But Michell’s adventures really begin when, on a weekend in Uruguay, he rescues a penguin covered in oil from an ocean spill, cleans the bird up, and attempts to return him to the sea. The penguin refuses to leave his rescuer’s side.

Michell names the penguin Juan Salvador (“John Saved”), but Juan Salvador, as it turns out, is the one who saves Michell.

After Michell smuggles the bird back to Argentina and into his campus apartment, word spreads about the young Englishman’s unusual roommate. Juan Salvador is suddenly the center of attention—as mascot of the rugby team, confidant to the dorm housekeeper, co-host of Michell’s parties, and an unprecedented swimming coach to a shy boy. Even through the collapse of the Perónist government and amid the country’s economic and political strife, Juan Salvador brings joy to everyone around him—especially Michell, who considers the affectionate animal a compadre and kindred spirit. 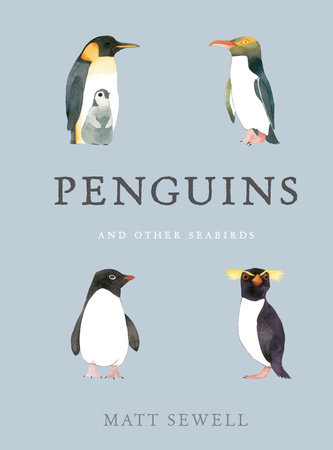 Penguins and Other Seabirds by Matt Sewell

Penguins are among the world’s most beloved birds. In this enchanting guide, Matt Sewell captures 50 species of penguins and other sea bird favorites like puffins and albatrosses. From the Little Penguin, who is only 13 inches tall, to the Fiordland Crested Penguin, who sports bushy yellow eyebrows, these charismatic birds are sure to delight both young and old. 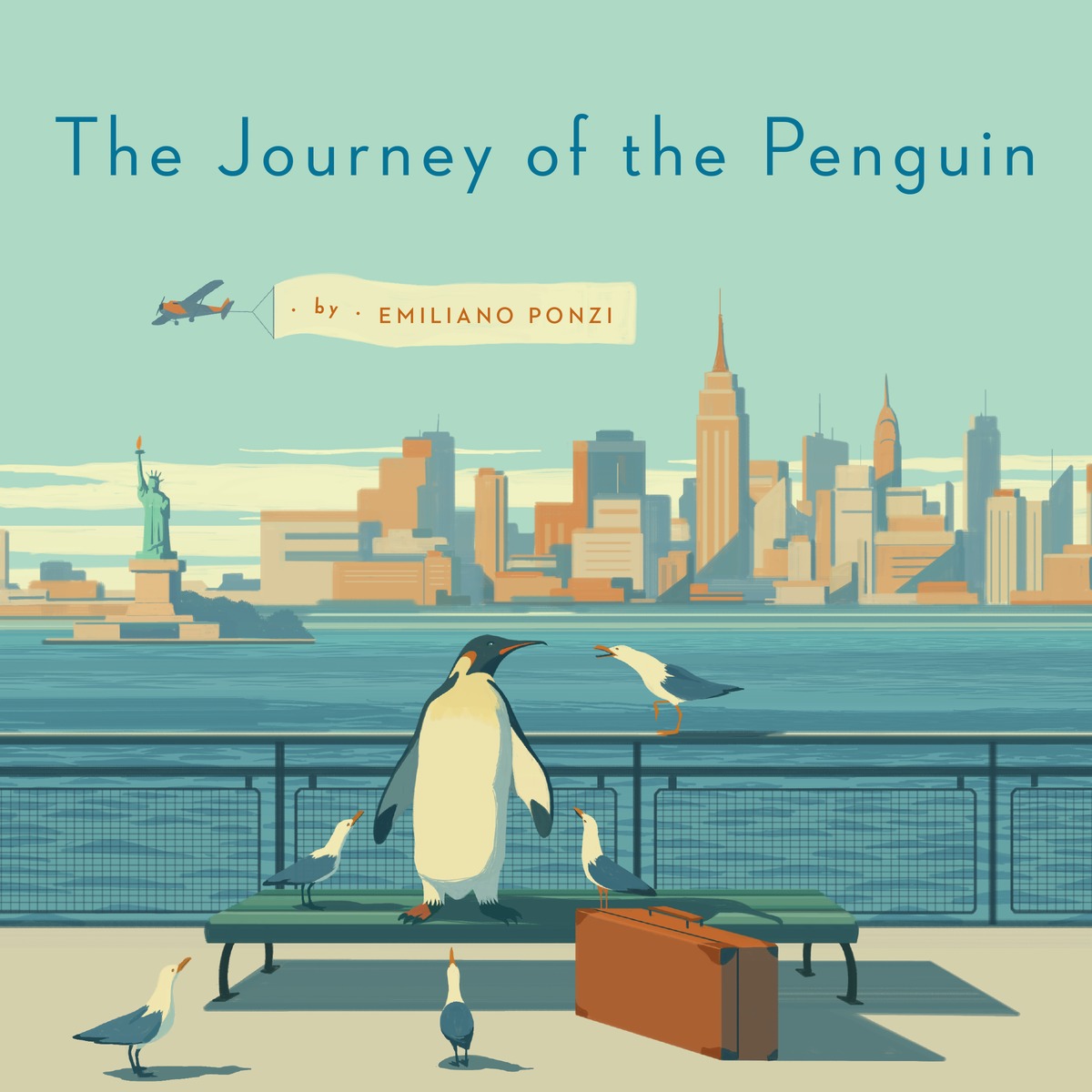 Journey of the Penguin by Emiliano Ponzi

A charming picture book that tells the imagined story of the penguin who waddled his way into history as the symbol of a beloved publisher.

A lonely Antarctic penguin, dreaming of adventure, sets off on a long swim north. Arriving at last in London in 1935, he encounters the chance of a lifetime: auditions are on to find the face of a brand new publishing house. The penguin wins, of course, and so begins an adventure that takes him on to New York and into the hearts of readers around the world.

In The Journey of the Penguin, award-winning graphic artist Emiliano Ponzi delivers a boldly illustrated, wildly imaginative, and terrifically fun story—told entirely through image—that brings to life the “dignified yet flippant” bird chosen over eighty years ago by Allen Lane as the name and icon of his revolutionary publishing business. With cameo appearances by legendary Penguin authors including Jack Kerouac, Arthur Miller, and Dorothy Parker, this exquisite, one-of-a-kind book celebrates the enduring appeal of storytelling. 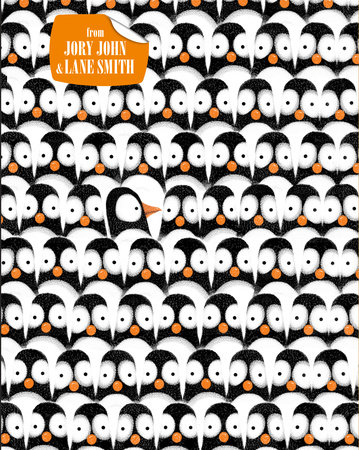 Have you ever thought: I have so many problems and nobody even cares? Well, penguins have problems too! Discover them in this hilarious collaboration from Jory John (All my friends are dead. and Quit Calling Me a Monster!) and Lane Smith (The Stinky Cheese Man and Other Fairly Stupid Tales)!

This penguin has come to tell you that life in Antarctica is no paradise. For starters, it is FREEZING. Also, penguins have a ton of natural predators. Plus, can you imagine trying to find your mom in a big ol’ crowd of identical penguins? No, thank you.

Yes, it seems there is no escaping the drudgery of your daily grind, whatever it might be. Or perhaps we’ve just learned that grumps are everywhere. 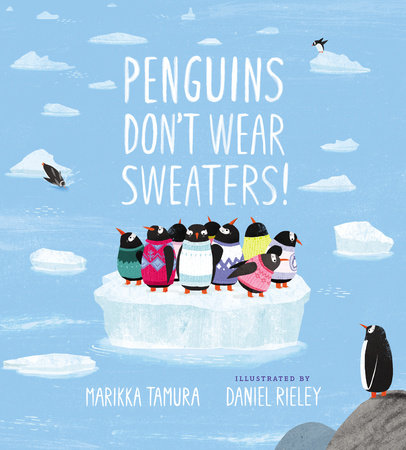 You may have seen the cute pictures of penguins wearing sweaters—but did you know why they were wearing them? Marikka Tamura answers this question in this colorful, kid-friendly book that is told simply and charmingly. Penguins love the sea. Happy in the dark blue water. But what is this? One day something is floating in the water. Dark. Gooey. Oily . . . When the penguins become coated in an oil spill, many Big Boots arrive. The humans want to help the cold, greasy penguins, so they knit sweaters to keep them warm. The Big Boots mean well, but . . . penguins don’t wear sweaters! So after a good, soapy scrub, the penguins dive back into the deep blue sea, happily dressed only in their own penguin feathers. 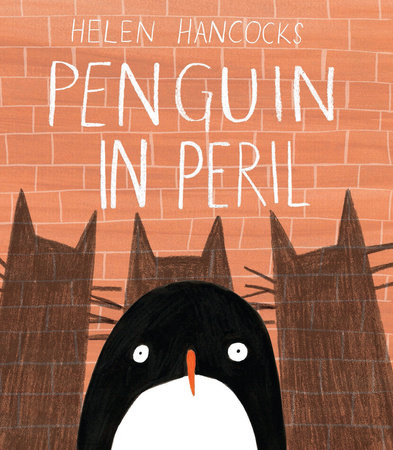 With bare cupboards and hungry bellies, three cats steal a penguin to catch them fish. A hilarious sequence of events unfolds as the penguin makes his escape, gets mistaken for a nun and a waiter, then finds his way safely home. Meanwhile, the cats are caught for their crime and sent to jail—for a lifetime of gruel. 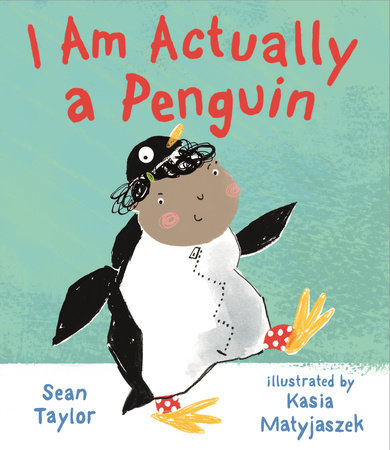 A hilarious picture book about using your imagination — but also knowing that sometimes your costume needs to be washed!

When a little girl is given a penguin suit, she decides that living as a penguin is much more fun than just dressing as one. Penguins don’t ride the bus like people do, they don’t talk like people do, and they certainly don’t eat fish sticks like people do. Her family tells her, “You’re not actually a penguin.” But she knows that she ACTUALLY is. 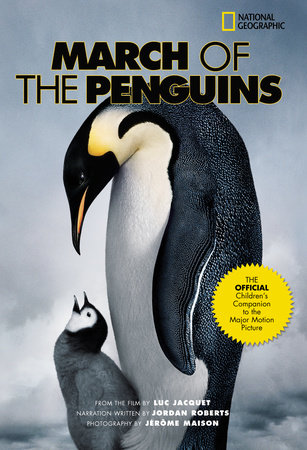 March of the Penguins by Luc Jaquet; Photographed by Jérôme Maison

This winning combination of vivid photographs and informative, inspiring text is the companion volume to the extraordinary March of the Penguins movie.

Read the incredible, endearing story of the Emperor penguins’ yearly Antarctic odyssey and the long months of endurance, self-sacrifice and love as they raise a new generation of chicks.

This #PenguinAwarenessDay, we’re reminiscing about a very special intern.