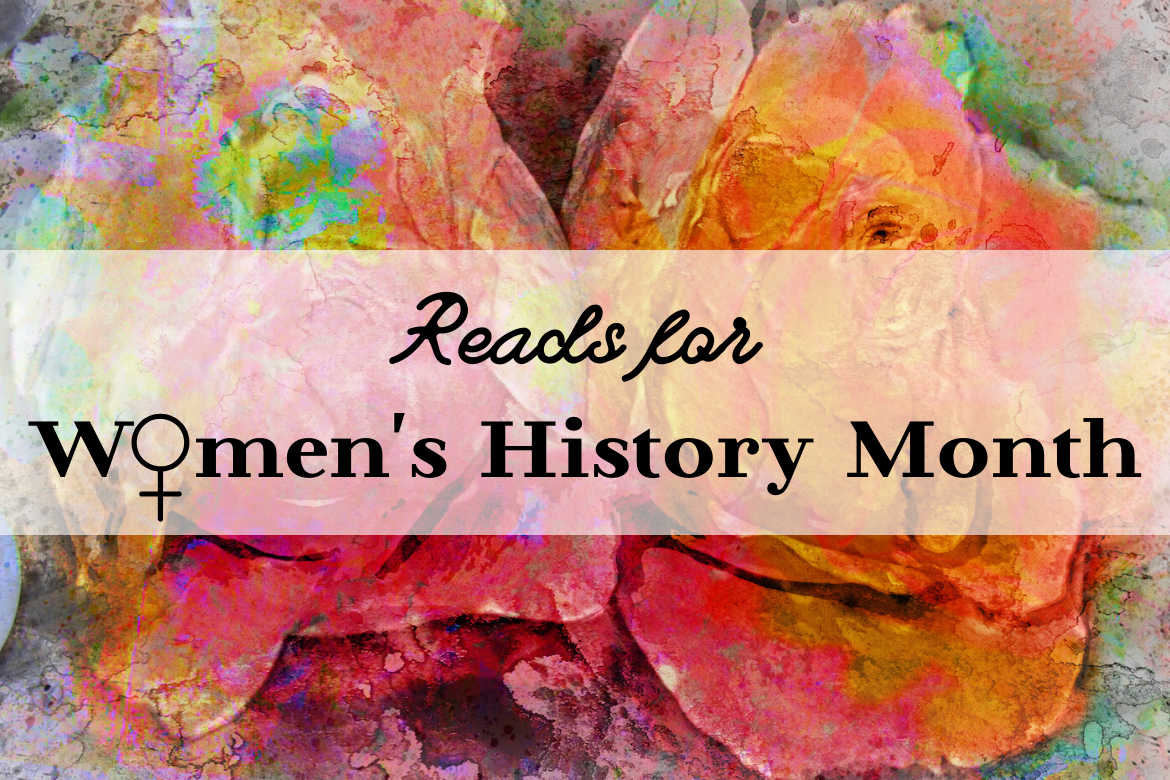 March is Women’s History Month and is dedicated to highlighting the contributions of women throughout history and today. To celebrate the power of women, we’ve put together a list of inspiring reads about some truly remarkable real-life heroines. 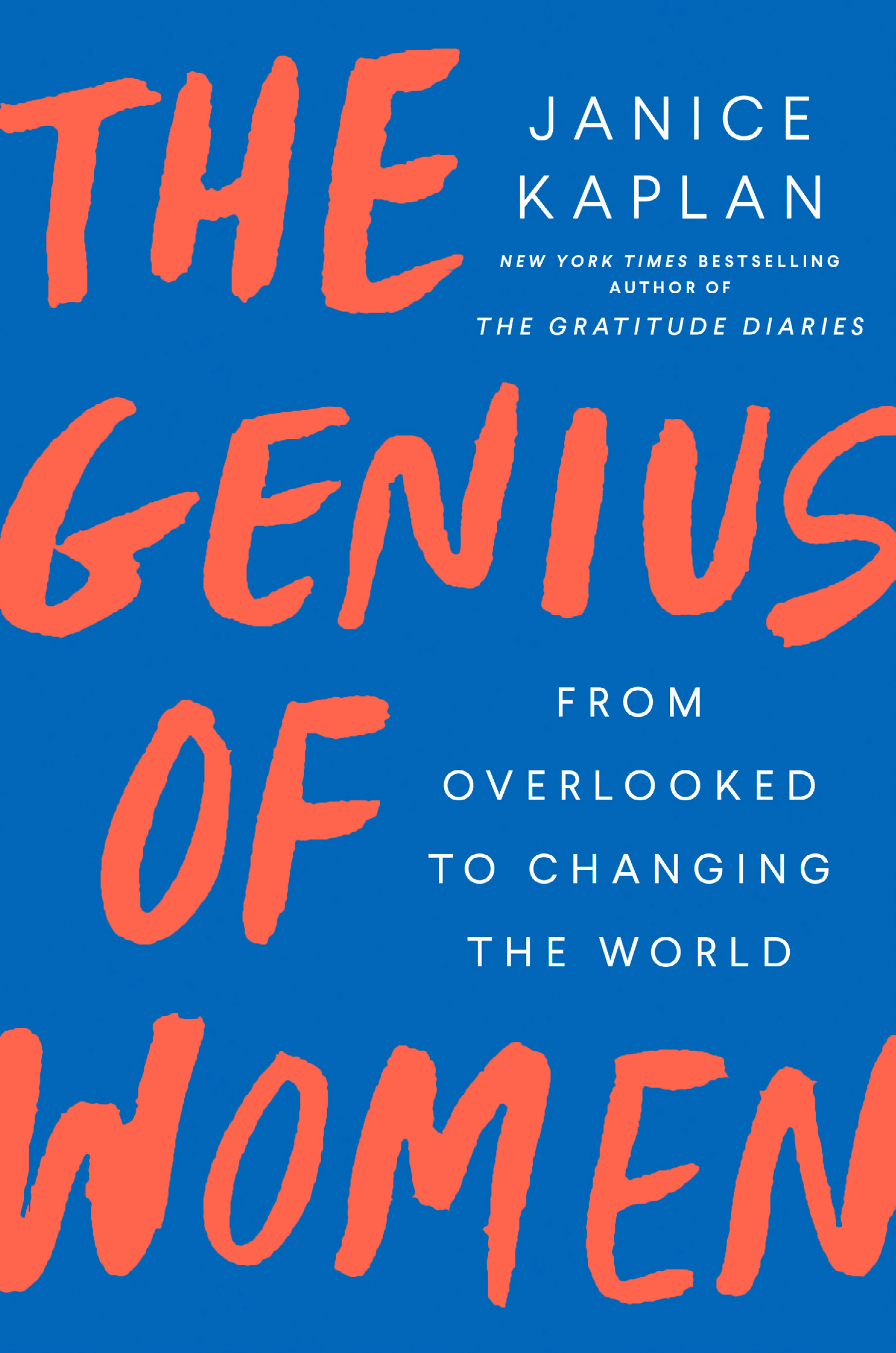 The Genius of Women: From Overlooked to Changing the World by Janice Kaplan

We tell girls that they can be anything, so why do 90 percent of Americans believe that geniuses are almost always men? New York Times bestselling journalist Janice Kaplan explores the powerful forces that have rigged the system—and celebrates the women geniuses past and present who have triumphed anyway.

Even in this time of rethinking women’s roles, we define genius almost exclusively through male achievement. When asked to name a genius, people mention Albert Einstein, Leonardo da Vinci, and Steve Jobs. As for great women? In one survey, the only female genius anyone listed was Marie Curie.

Janice Kaplan, the New York Times bestselling author of The Gratitude Diaries, set out to determine why the extraordinary work of so many women has been brushed aside. Using her unique mix of memoir, narrative, and inspiration, she makes surprising discoveries about women geniuses now and throughout history, in fields from music to robotics. Through interviews with neuroscientists, psychologists, and dozens of women geniuses at work in the world today—including Nobel Prize winner Frances Arnold and AI expert Fei-Fei Li—she proves that genius isn’t just about talent. It’s about having that talent recognized, nurtured, and celebrated. 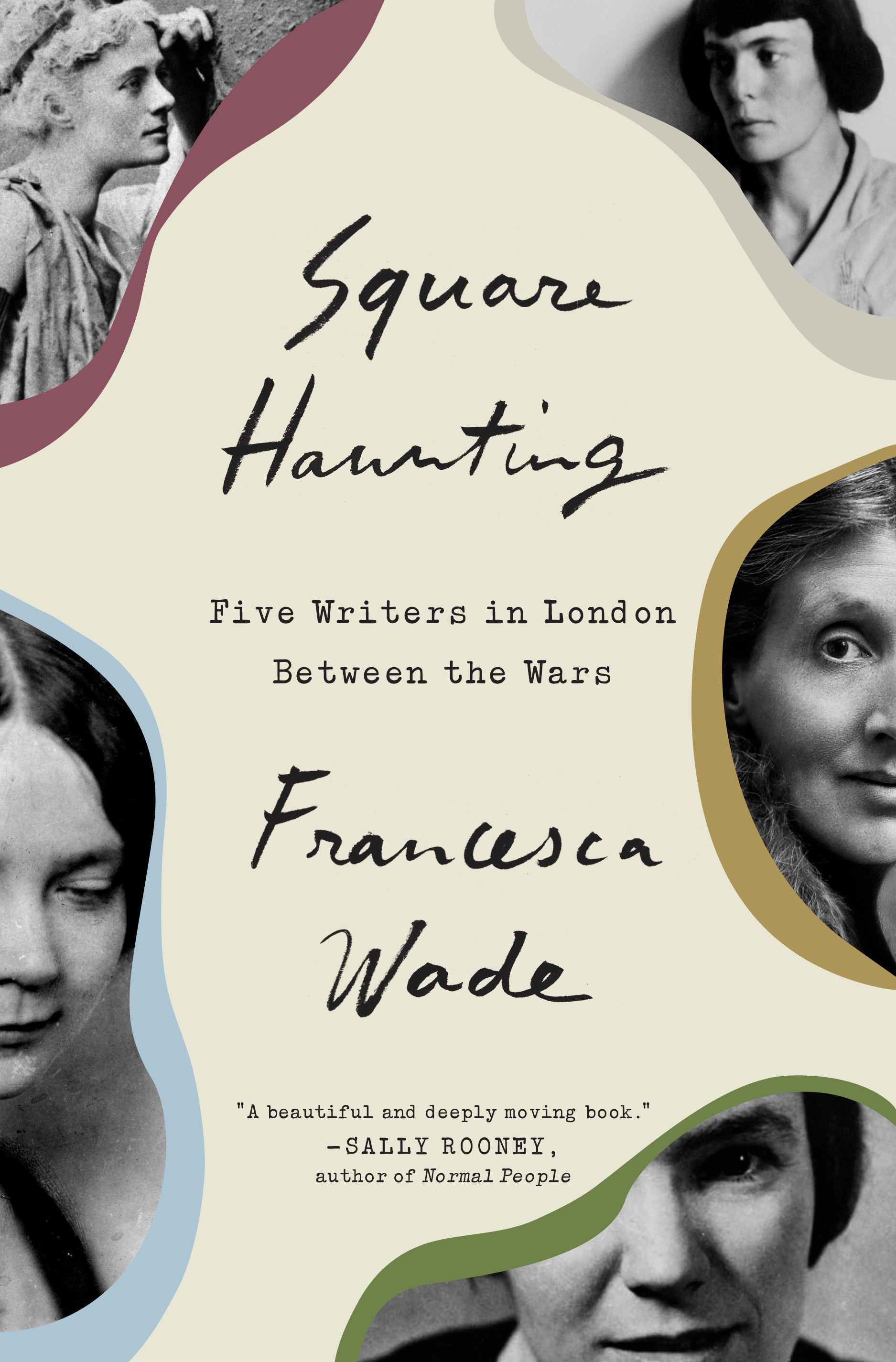 Square Haunting: Five Writers in London Between the Wars by Francesca Wade

An engrossing group portrait of five women writers, including Virginia Woolf, who moved to London’s Mecklenburgh Square in search of new freedom in their lives and work.

In the early twentieth century, Mecklenburgh Square—a hidden architectural gem in the heart of London—was a radical address. On the outskirts of Bloomsbury known for the eponymous group who “lived in squares, painted in circles, and loved in triangles,” the square was home to students, struggling artists, and revolutionaries.

In the pivotal era between the two world wars, the lives of five remarkable women intertwined at this one address: modernist poet H. D., detective novelist Dorothy L. Sayers, classicist Jane Harrison, economic historian Eileen Power, and author and publisher Virginia Woolf. In an era when women’s freedoms were fast expanding, they each sought a space where they could live, love, and—above all—work independently.

With sparkling insight and a novelistic style, Francesca Wade sheds new light on a group of artists and thinkers whose pioneering work would enrich the possibilities of women’s lives for generations to come. 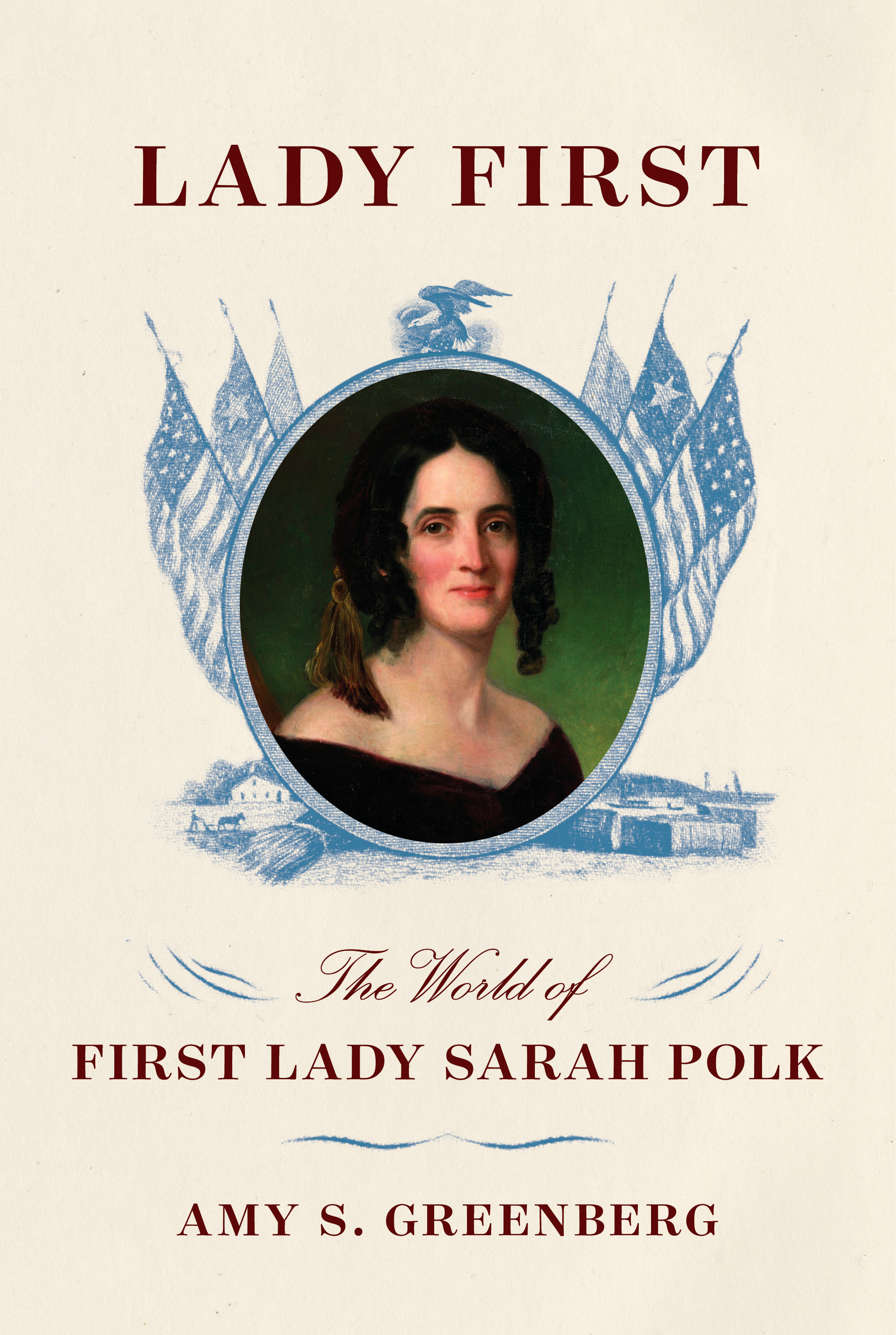 The little-known story of remarkable First Lady Sarah Polk—a brilliant master of the art of high politics and a crucial but unrecognized figure in the history of American feminism.

While the Women’s Rights convention was taking place at Seneca Falls in 1848, First Lady Sarah Childress Polk was wielding influence unprecedented for a woman in Washington, D.C. Yet, while history remembers the women of the convention, it has all but forgotten Sarah Polk. Now, in her riveting biography, Amy S. Greenberg brings Sarah’s story into vivid focus. We see Sarah as the daughter of a frontiersman who raised her to discuss politics and business with men; we see the savvy and charm she brandished in order to help her brilliant but unlikeable husband, James K. Polk, ascend to the White House. We watch as she exercises truly extraordinary power as First Lady: quietly manipulating elected officials, shaping foreign policy, and directing a campaign in support of America’s expansionist war against Mexico. And we meet many of the enslaved men and women whose difficult labor made Sarah’s political success possible.

Sarah Polk’s life spanned nearly the entirety of the nineteenth-century. But her own legacy, which profoundly transformed the South, continues to endure. Comprehensive, nuanced, and brimming with invaluable insight, Lady First is a revelation of our twelfth First Lady’s complex but essential part in American feminism. 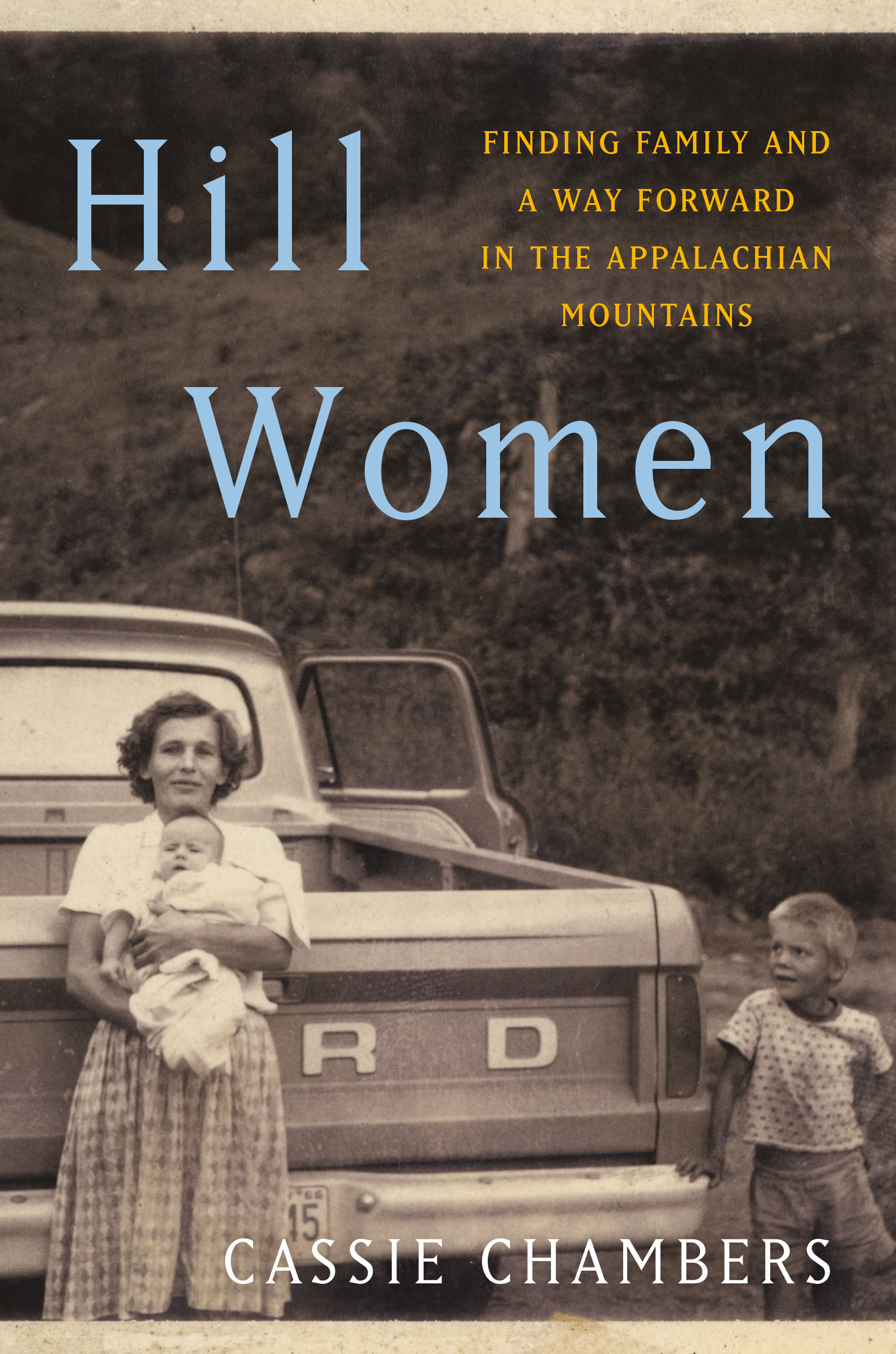 Hill Women: Finding Family and a Way Forward in the Appalachian Mountains by Cassie Chambers

After rising from poverty to earn two Ivy League degrees, an Appalachian lawyer pays tribute to the strong “hill women” who raised and inspired her, and whose values have the potential to rejuvenate a struggling region.

Cassie Chambers grew up in Owsley County, one of the poorest counties in both Kentucky and the country. Through the women who raised her, she traces her own path out of and back into the Kentucky mountains. Chambers’s Granny was a child bride who rose before dawn every morning to raise seven children. Her two daughters took very different paths: strong-willed Ruth—the hardest-working tobacco farmer in the county—stayed on the family farm, while spirited Wilma—the sixth child—became the first in the family to graduate from high school, then moved an hour away for college. Married at nineteen and pregnant with Cassie a few months later, Wilma beat the odds to finish school. She raised her daughter to think she could move mountains, like the ones that kept her safe but also isolated her from the larger world.

With her “hill women” values guiding her, Cassie went on to graduate from Harvard Law. But while the Ivy League gave her knowledge and opportunities, its privileged world felt far from her reality, and she moved back home to help her fellow rural Kentucky women by providing free legal services.

Appalachian women face issues that are all too common: domestic violence, the opioid crisis, a world that seems more divided by the day. But they are also community leaders, keeping their towns together in the face of a system that continually fails them. With nuance and heart, Chambers uses these women’s stories paired with her own journey to break down the myth of the hillbilly and illuminate a region whose poor communities, especially women, can lead it into the future. 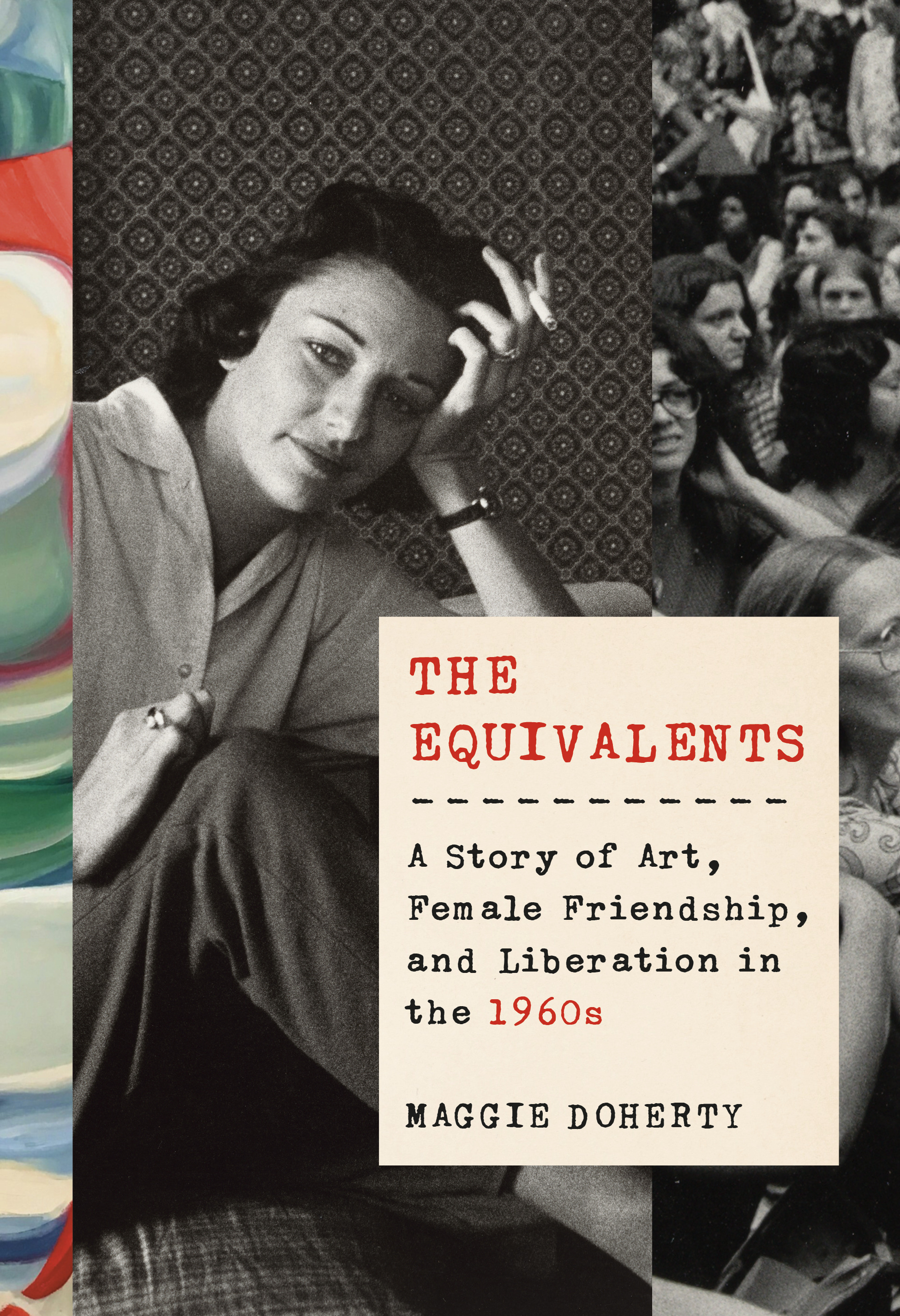 The Equivalents: A Story of Art, Female Friendship, and Liberation in the 1960s by Maggie Doherty

The timely, never-before-told story of five brilliant, passionate women who, in the early 1960s, converged at the newly founded Radcliffe Institute for Independent Study and became friends as well as artistic collaborators, and who went on to shape the course of feminism in ways that are still felt today.

In 1960, Harvard’s sister college, Radcliffe, announced the founding of an Institute for Independent Study, a “messy experiment” in women’s education that offered paid fellowships to those with a PhD or “the equivalent” in artistic achievement. Five of the women who received fellowships—poets Anne Sexton and Maxine Kumin, painter Barbara Swan, sculptor Mariana Pineda, and writer Tillie Olsen—quickly formed deep bonds with one another that would inspire and sustain their most ambitious work. They called themselves “the Equivalents.” Drawing from notebooks, letters, recordings, journals, poetry, and prose, Maggie Doherty weaves a moving narrative of friendship and ambition, art and activism, love and heartbreak, and shows how the institute spoke to the condition of women on the cusp of liberation. 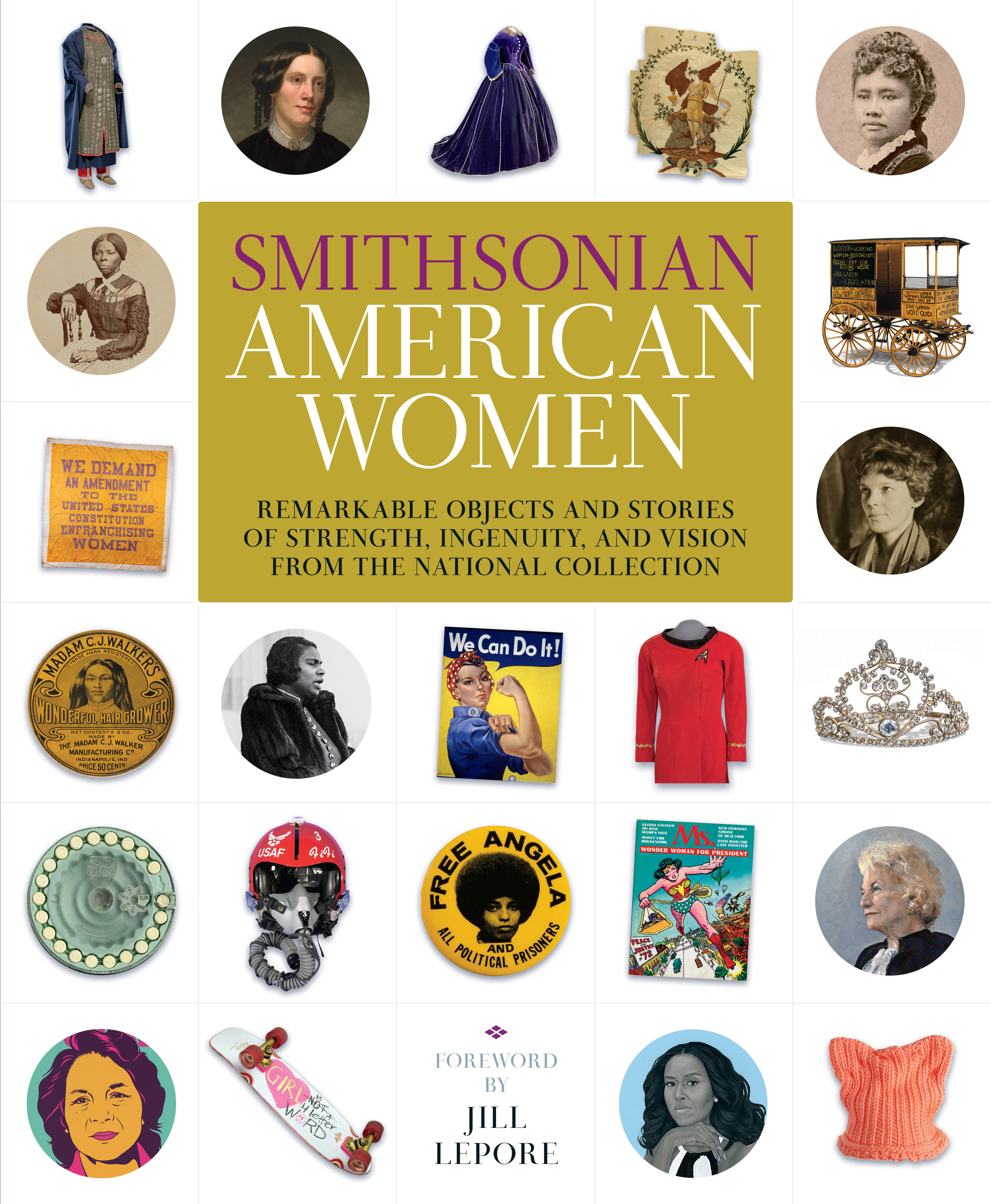 Smithsonian American Women: Remarkable Objects and Stories of Strength, Ingenuity, and Vision from the National Collection by Smithsonian Institution; Foreword by Jill Lepore; Edited by Victoria Pop and Christine Schrum

This book offers a unique, panoramic look at women’s history in the United States through the lens of ordinary objects from, by, and for extraordinary women. Featuring more than 280 artifacts from 16 Smithsonian museums and archives, and more than 135 essays from 95 Smithsonian authors, this book tells women’s history as only the Smithsonian can. 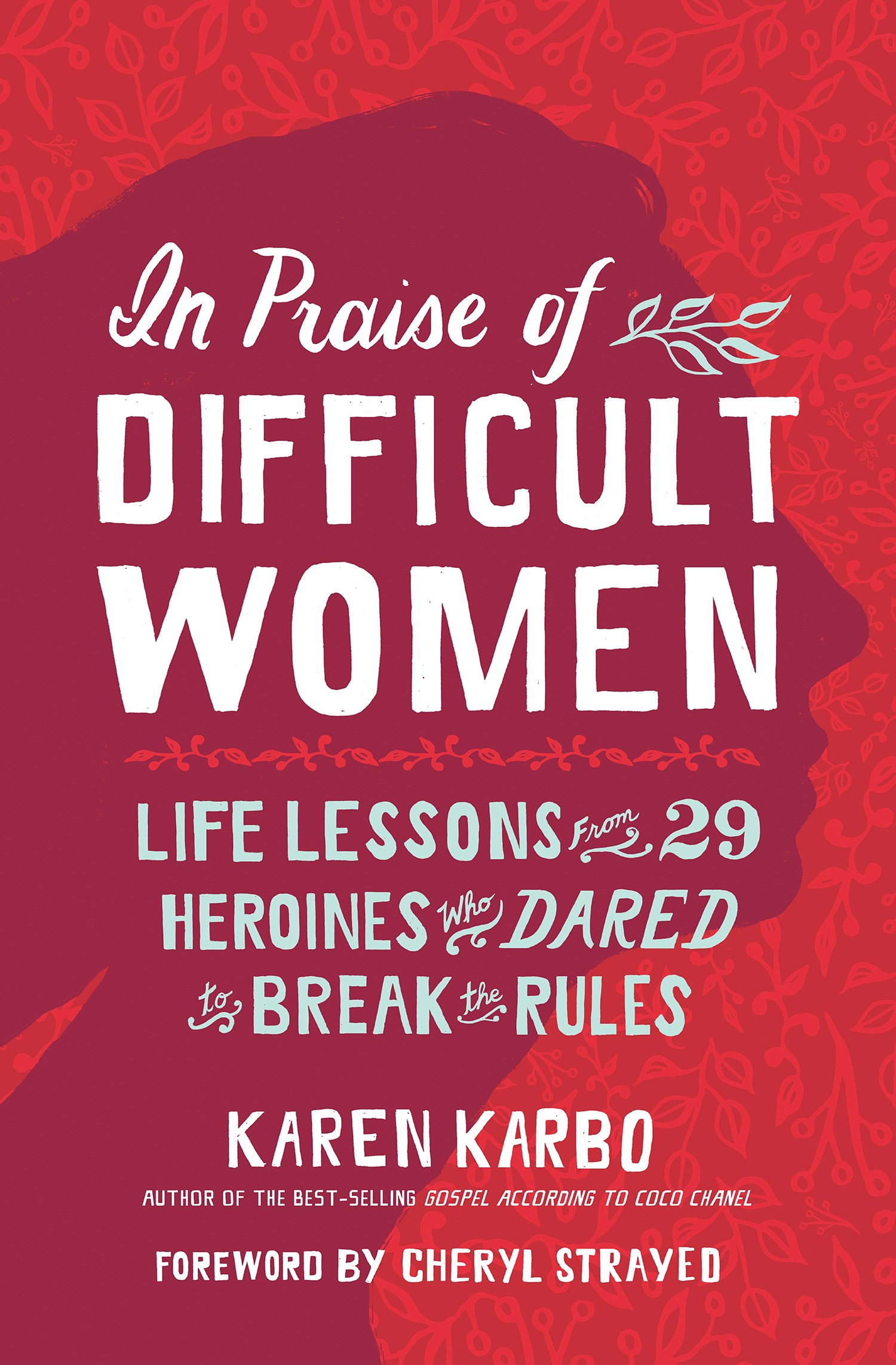 In Praise of Difficult Women: Life Lessons from 29 Heroines Who Dared to Break the Rules by Karen Karbo; Foreward by Cheryl Strayed

This witty, irreverent paperback explores the legacies of 30 extraordinary women—from Frida Kahlo to Liz Taylor to Nora Ephron—who give inspiration and instruction.

Smart, sassy, and unapologetically feminine, this elegantly illustrated book is an ode to the bold and charismatic women of modern history. Bestselling author Karen Karbo (The Gospel According to Coco Chanel) spotlights a group of spirited rule breakers who charted their way with little regard for expectations: Amelia Earhart, Helen Gurley Brown, Carrie Fisher, Hillary Clinton, Amy Poehler, and Shonda Rhimes, among others. Their lives–imperfect, elegant, messy, glorious–provide inspiration and instruction for the new age of feminism we have entered. Karbo distills these lessons with empathy and humor, examining the universal themes that connect us to these mesmerizing personalities today: success and style, love and authenticity, daring and courage. Being “difficult,” Karbo reveals, might not make life easier. But it can make it more fulfilling–whatever that means for you. 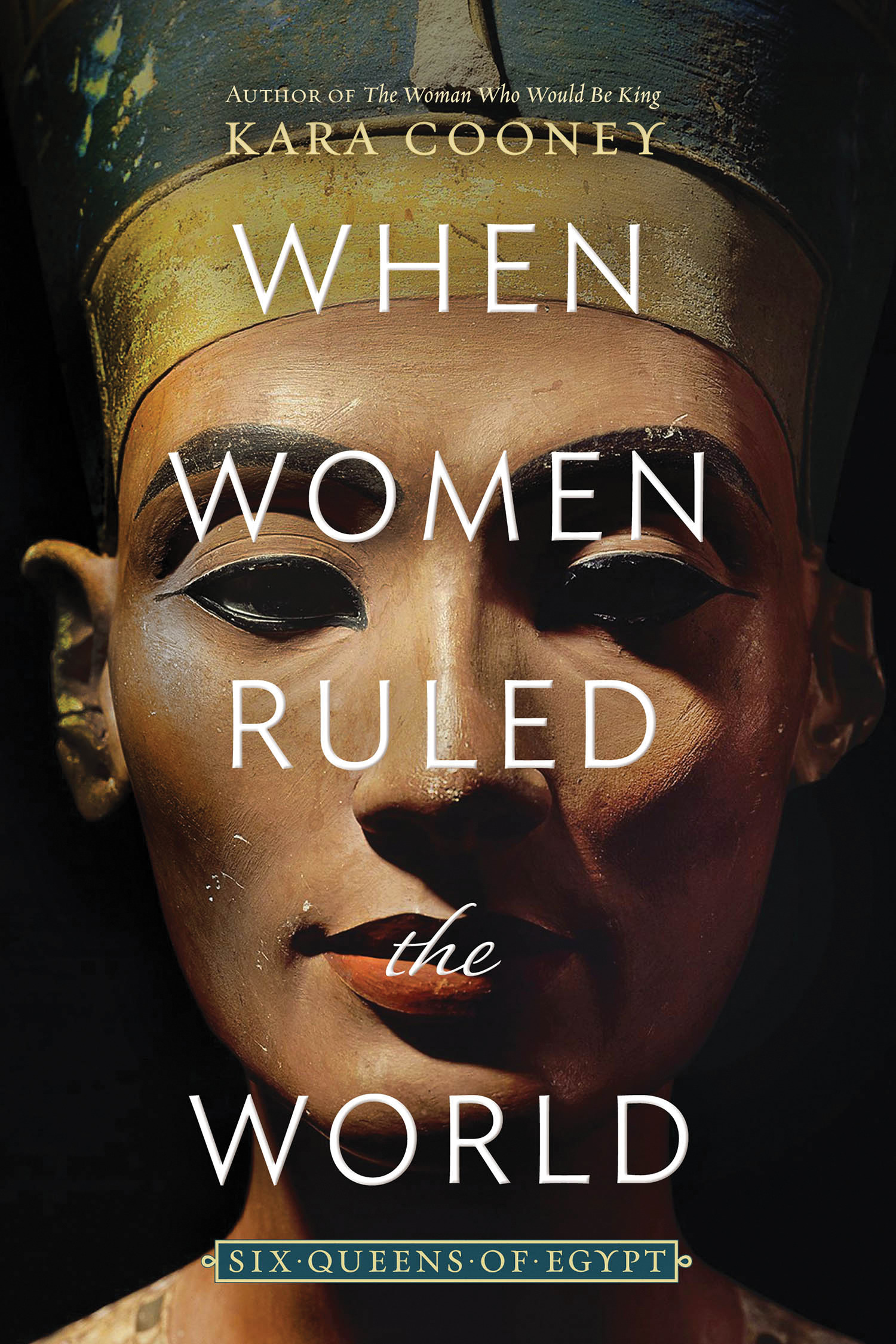 When Women Ruled the World: Six Queens of Egypt by Kara Cooney

This riveting book explores the lives of six remarkable female pharaohs, from Hatshepsut to Cleopatra, and shines a piercing light on perceptions of powerful women today.

Female rulers are a rare phenomenon–but thousands of years ago in ancient Egypt, women reigned supreme. Regularly, repeatedly, and with impunity, queens like Hatshepsut, Nefertiti, and Cleopatra controlled the totalitarian state as power-brokers and rulers. But throughout human history, women in positions of power were more often used as political pawns in male-dominated societies. Why did ancient Egypt provide women this kind of access to the highest political office? What was it about these women that allowed them to transcend patriarchal obstacles? What did Egypt gain from its liberal reliance on female leadership, and could today’s world learn from its example? 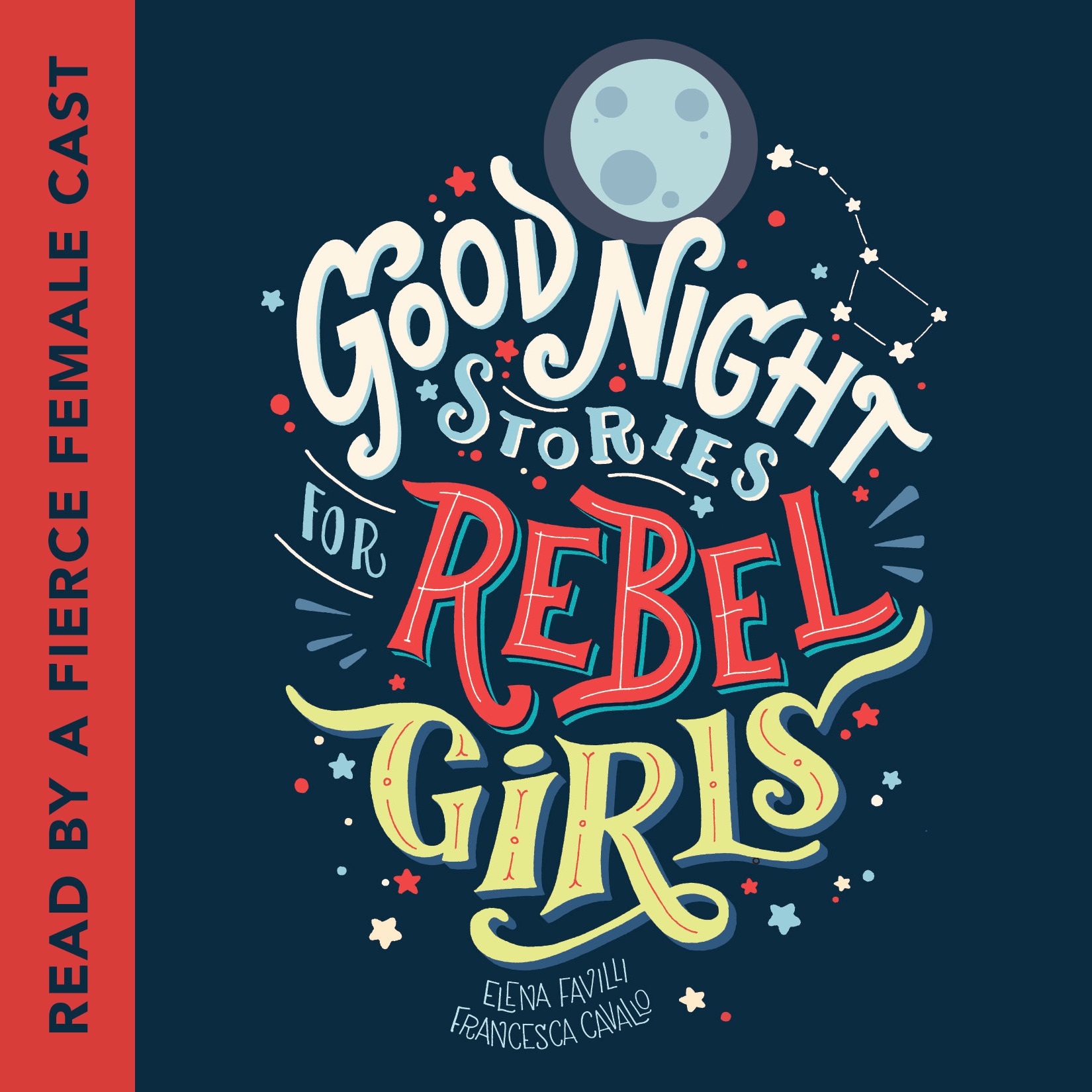 The beloved New York Times bestsellers and Kickstarter crowdfunding sensations are available on audio for the first time, read by a star-studded fierce female cast.

Good Night Stories for Rebel Girls will inspire young girls (and their mothers, their aunts, their cousins…) to be confident, to dream big, to cultivate their strength. Trade in princesses for presidents. Swap out Cinderella for Cleopatra tonight.

Click for More Information About the 2nd Book in the Series: Good Night Stories for Rebel Girls 2.

Craft Books for Any Kind of Maker 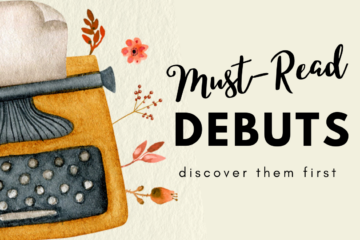