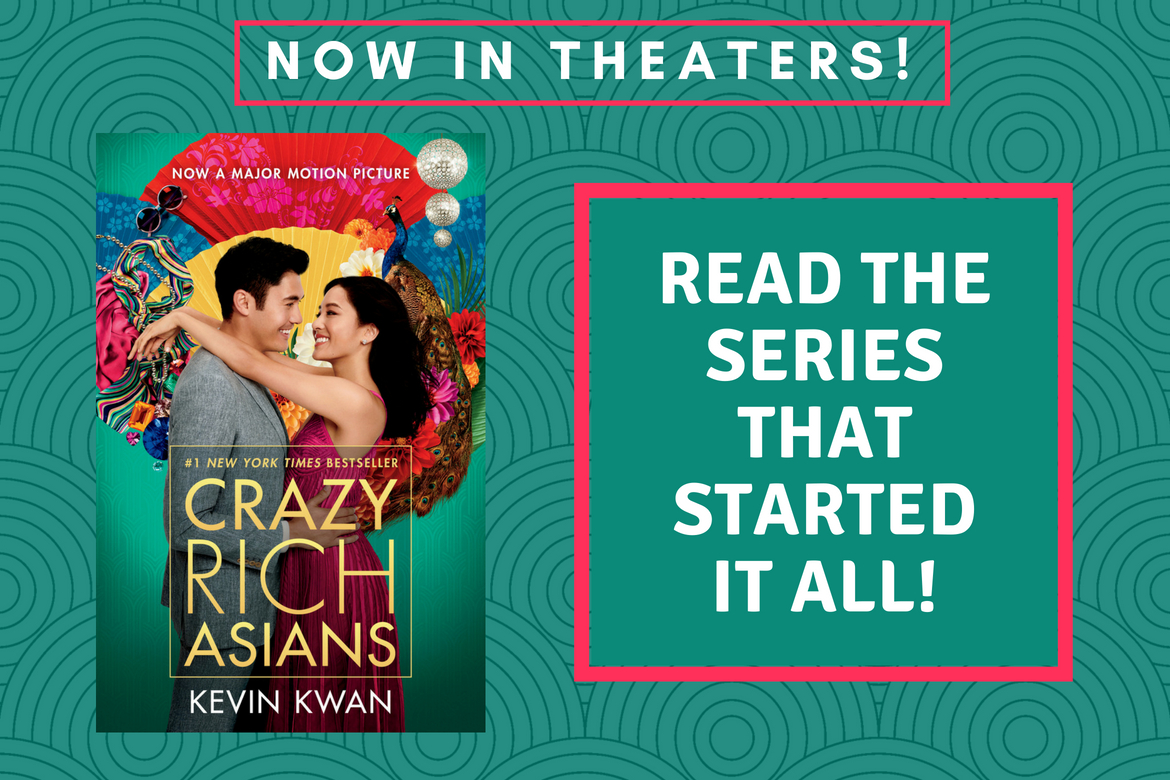 With Kevin Kwan’s Crazy Rich Asians now in theaters, it’s the perfect time to grab some popcorn and read—or re-read—the series that started it all! 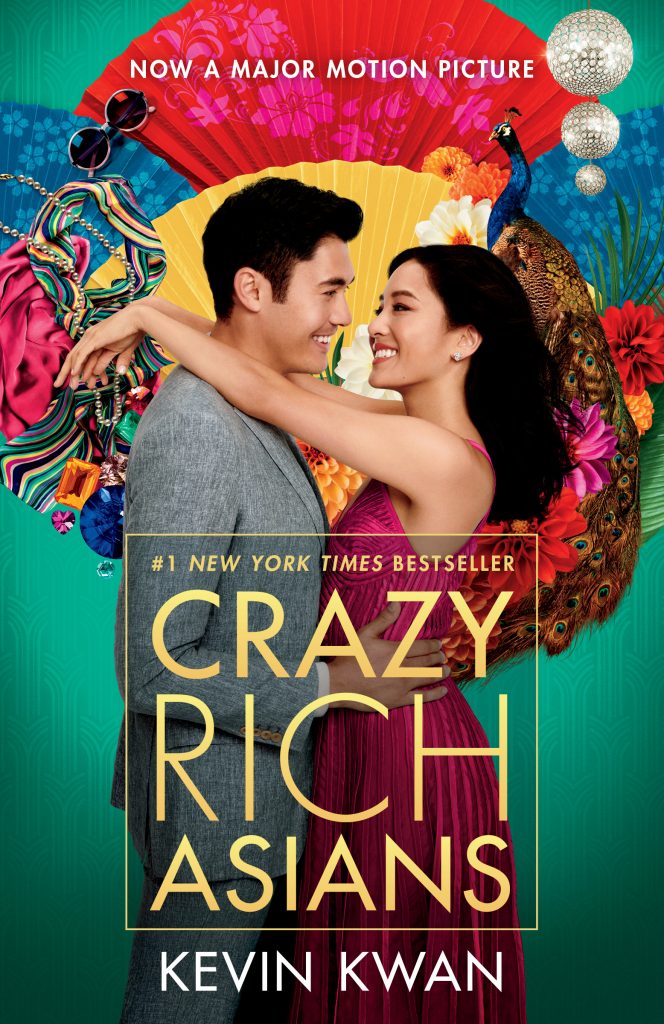 When Rachel Chu agrees to spend the summer in Singapore with her boyfriend, Nicholas Young, she envisions a humble family home and quality time with the man she might one day marry. What she doesn’t know is that Nick’s family home happens to look like a palace, that she’ll ride in more private planes than cars, and that with one of Asia’s most eligible bachelors on her arm, Rachel might as well have a target on her back.

Uproarious, addictive, and filled with jaw-dropping opulence, Crazy Rich Asians is an insider’s look at the Asian jet set; a perfect depiction of the clash between old money and new money; and a fabulous novel about what it means to be young, in love, and gloriously, crazily rich.

“There’s rich, there’s filthy rich, and then there’s crazy rich . . . A Pride and Prejudice-like send-up about an heir bringing his Chinese-American girlfriend home to meet his ancestor-obsessed family, the book hilariously skewers imperial splendor and the conniving antics of the Asians jet set.”
—People 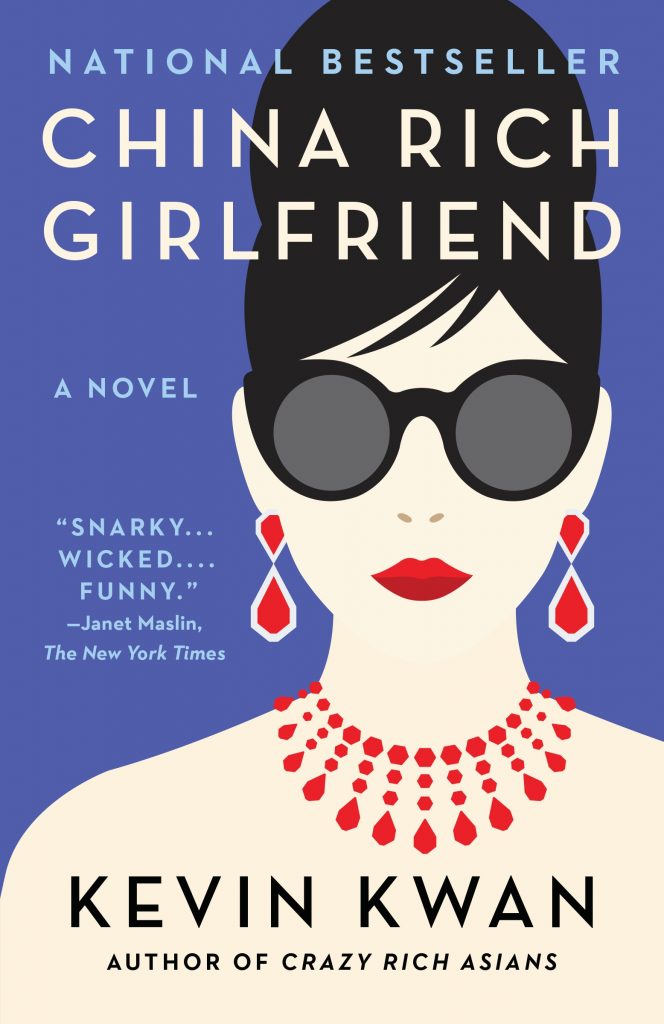 It’s the eve of her wedding to Nicholas Young, heir to one of the greatest fortunes in Asia, and Rachel Chu should be over the moon. She has a flawless Asscher-cut diamond from JAR, a wedding dress plucked from the best salon in Paris, and a fiancé willing to sacrifice his entire inheritance in order to marry her. But Rachel still mourns the fact that the father she never knew won’t be there to walk her down the aisle … until a shocking revelation draws Rachel into a world of Shanghai splendor beyond anything she has ever imagined.

A romp through Asia’s most exclusive clubs, auction houses, and estates, China Rich Girlfriend brings us into the elite circles of Mainland China and offers an inside glimpse at what it’s like to be gloriously, crazily China rich.

“As the real China rich dig their nails into the world of the wealthy and wasteful, Kwan sharpens his with another acerbic yet affectionate examination of Asian uber-elite social mores, still largely invisible in Western popular culture.”
–Los Angeles Times 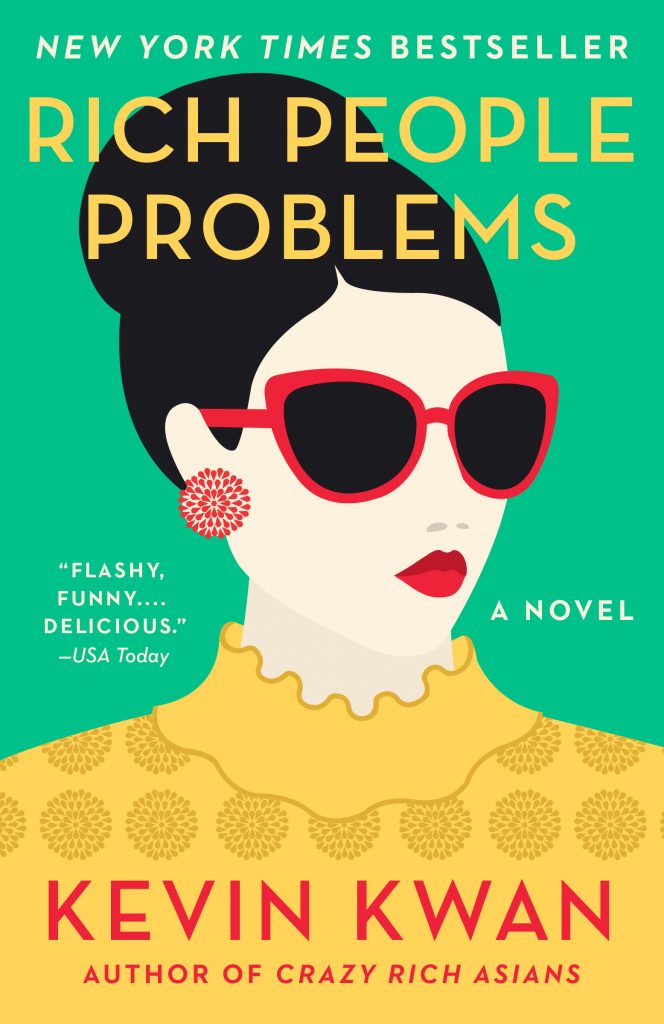 Nicholas Young’s grandmother Su Yi is on her deathbed. While he rushes to be by her bedside, he’s not the only one. The entire Shang-Young clan has convened from all corners of the globe to stake claim on their matriarch’s massive fortune. With all parties vying to inherit a trophy estate in the heart of Singapore, Nicholas’s childhood home turns into a hotbed of sabotage and scandal.

A sweeping novel that takes us from elegantly appointed mansions in Manila to secluded private islands in the Sulu Sea, from a kidnapping at Hong Kong’s most elite private school to a surprise marriage proposal at an Indian palace, caught on camera by the telephoto lenses of paparazzi, Kevin Kwan’s gloriously wicked new novel reveals the long-buried secrets of Asia’s most privileged families and their rich people problems.

“Kevin Kwan has done it again. The mastermind behind the delicious Crazy Rich Asians series has drawn a cultlike following with his extravagant tales of Asia’s upper echelon. He’s back at it with the series’s final installment, Rich People Problems (rest assured, it’s just as enthralling as the trilogy’s first two volumes).”
—Isabel Jones, InStyle

Class Is In Session