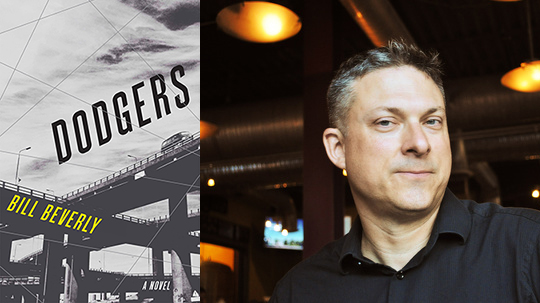 If you haven’t already read Dodgers or added it to your TBR list, now is the time! Dodgers is a dark, unforgettable coming-of-age debut novel that recalls the very best of Richard Price, Denis Johnson, and J.D. Salinger. Named one of Booklist’s Year’s Best Crime Novels and Top 10 Crime Fiction Debuts, Dodgers heralds the arrival of a major new voice in American fiction.

“Although Beverly evokes the great outdoors with photographic clarity, claustrophobia effectively haunts his narrative…With his focus on people and personalities, the author could justifiably bypass the bigger picture, the heartland rusting to death in the background. But, admirably, he doesn’t.” –The New York Times

An inspiring Q&A with Bill Beverly and his mother, a librarian

Q. When did you know you wanted to be a writer?

A. (Bill) Oh, fourth or fifth grade. Maybe earlier. But it took me a long time to do anything about it.
I’m not sure why, but I wasn’t brave about the arts, about making things.
In college, it amazed me to hear my friends who were musicians and see my friends who were artists and writers, creating, making things.
Making noise. It took me a long time to imagine myself as one of them.

Q. What is it like to have your son publish a novel?  Did you get to read drafts or provide sage advice?

A. (Martha) His dad and I were blown away by the power of his writing.
As a librarian and his mom, I’ve jumped for joy when the starred reviews were announced!

Click to Continue Reading Beverly’s Q&A with His Mother, a Librarian.

Bill and his younger brother with their mother. 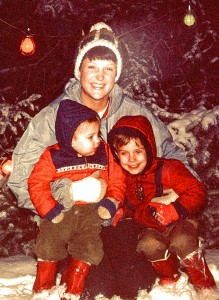 Want more? Check out the Teaser Book Trailer below and check Dodgers out of your local library today!

There’s a Book for That: Memorial Day