We Are Family: 7 Novels about Sibling Relationships 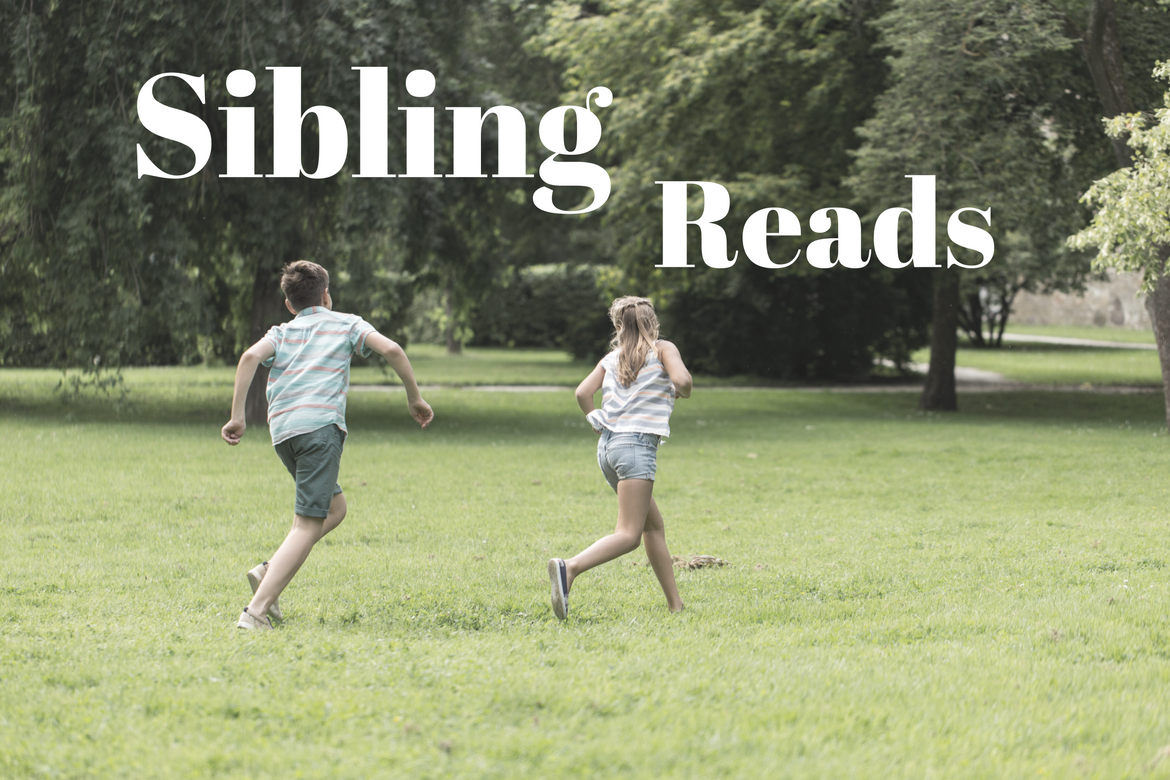 Whether you are an only child, grew up as the youngest of twelve, or have stepbrothers and sisters, novels that tell the stories of siblings have the ability to draw in readers from families of any size. From twins who are inseparable to brothers and sisters who never see eye to eye, these popular reads prove there is something quite fascinating about the different and complex sibling relationships and the stories they create. 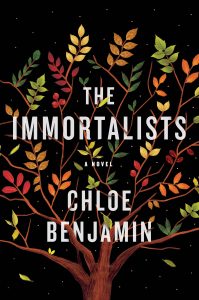 The Immortalists by Chloe Benjamin

A deeply moving testament to the unrelenting pull of familial bonds.

If you knew the date of your death, how would you live your life?

It’s 1969 in New York City’s Lower East Side, and word has spread of the arrival of a mystical woman, a traveling psychic who claims to be able to tell anyone the day they will die. The Gold children—four adolescents on the cusp of self-awareness—sneak out to hear their fortunes.

The prophecies inform their next five decades. Golden-boy Simon escapes to the West Coast, searching for love in ’80s San Francisco; dreamy Klara becomes a Las Vegas magician, obsessed with blurring reality and fantasy; eldest son Daniel seeks security as an army doctor post-9/11; and bookish Varya throws herself into longevity research, where she tests the boundary between science and immortality. 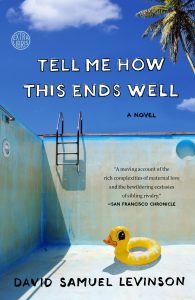 Tell Me How This Ends Well by David Samuel Levinson

A story that shows how powerful the bonds of siblings can be in desperate times.

Why is tonight different from all other nights? Tonight we kill dad.

In 2022, American Jews face an increasingly unsafe and anti-Semitic landscape at home. Against this backdrop, the Jacobson family gathers for Passover in Los Angeles. But their immediate problems are more personal than political, with the three adult children, Mo, Edith, and Jacob, in various states of crisis, the result, each claims, of a lifetime of mistreatment by their father, Julian. The siblings have begun to suspect that Julian is hastening their mother Roz’s demise, and years of resentment boil over as they debate whether to go through with the real reason for their reunion: an ill-considered plot to end their father’s iron rule for good. That is, if they can put their bickering, grudges, festering relationships, and distrust of one another aside long enough to act.

And God help them if their mother finds out . . . 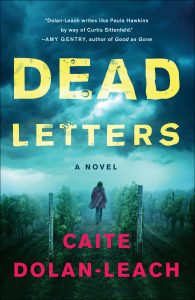 A thrilling and literary scavenger hunt showcasing the psychological connection only twins possess.

Ava Antipova has her reasons for running away and trying to erase her past. But two years later, she must return to upstate New York because her twin sister, Zelda, is dead.

Even in a family of alcoholics, Zelda Antipova was the wild one, notorious for her mind games and destructive behavior. Stuck tending the vineyard and the girls’ increasingly unstable mother, Zelda was allegedly burned alive when she passed out in the barn with a lit cigarette. But Ava finds the official explanation a little too neat. A little too Zelda. Then she receives a cryptic message—from her sister.

Just as Ava suspected, Zelda’s playing one of her games, leaving a series of clues about her disappearance. With the police stuck on a red herring, Ava follows the trail laid just for her, thinking like her sister, keeping her secrets, immersing herself in Zelda’s drama and her outlandish circle of friends and lovers. Along the way, Zelda forces her twin to confront their twisted history and the boy who broke Ava’s heart. But why? Is Zelda trying to punish Ava for leaving, or to teach her a lesson? Or is she simply trying to write her own ending? 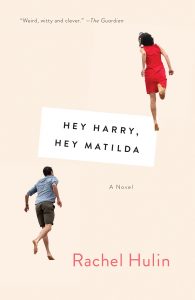 Matilda Goodman is an underemployed wedding photographer grappling with her failure to live as an artist and the very bad lie she has told her boyfriend (that she has a dead twin). Harry, her (totally alive) brother, is an untenured professor of literature, anxiously contemplating his dead-end career and sleeping with a student. When Matilda invited her boyfriend home for Thanksgiving to meet the family, she falls down a slippery slope of shame, scandal, and drunken hot tub revelations forcing both siblings to examine who they really are and who they want to be. 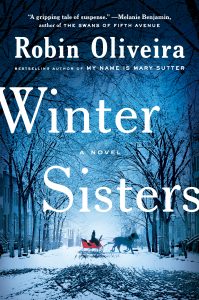 A gripping historical fiction novel that shows the sacrifices older siblings will make in order to protect the younger ones.

New York, 1879: After an epic snow storm ravages the city of Albany, Dr. Mary Sutter, a former Civil War surgeon, begins a search for two little girls, the daughters of close friends killed by the storm who have vanished without a trace.

Mary’s mother and niece Elizabeth, who has been studying violin in Paris, return to Albany upon learning of the girls’ disappearance—but Elizabeth has another reason for wanting to come home, one she is not willing to reveal. Despite resistance from the community, who believe the girls to be dead, the family persists in their efforts to find the two sisters. When what happened to them is revealed, the uproar that ensues tears apart families, reputations, and even the social fabric of the city, exposing dark secrets about some of the most powerful of its citizens, and putting fragile loves and lives at great risk. 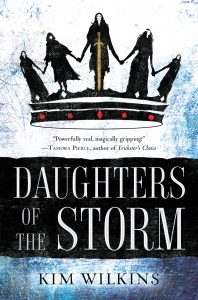 Daughters of the Storm by Kim Wilkins

Epic fantasy that tells the age old tale of stepbrother and sister rivalries.

They are the daughters of a king. Though they share the same royal blood, they could not be more different. Bluebell is a proud warrior, stronger than any man and with an ironclad heart to match. Rose’s heart is all too passionate: She is the queen of a neighboring kingdom who is risking everything for a forbidden love. Ash is discovering a dangerous talent for magic that might be a gift—or a curse. And then there are the twins—vain Ivy, who lives for admiration, and zealous Willow, who lives for the gods.

But when their father is stricken by a mysterious ailment, these five sisters must embark on a desperate journey to save him and prevent their treacherous stepbrother from seizing the throne. Their mission: find the powerful witch who can cure the king. But to succeed on their quest, they must overcome their differences and hope that the secrets they hide from one another and the world are never brought to light. Because if this royal family breaks, it could destroy the kingdom. 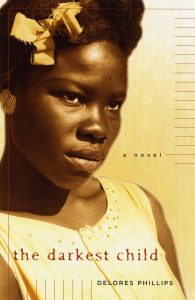 The Darkest Child by Delores Phillips

A powerful story about the struggle some siblings face when they are oppressed within their family.

Pakersfield, Georgia, 1958: Thirteen-year-old Tangy Mae Quinn is the sixth of ten fatherless siblings. She is the darkest-skinned among them and therefore the ugliest in her mother, Rozelle’s, estimation, but she’s also the brightest. Rozelle—beautiful, charismatic, and light-skinned—exercises a violent hold over her children. Fearing abandonment, she pulls them from school at the age of twelve and sends them to earn their keep for the household, whether in domestic service, in the fields, or at “the farmhouse” on the edge of town, where Rozelle beds local men for money.

But Tangy Mae has been selected to be part of the first integrated class at a nearby white high school. She has a chance to change her life, but can she break from Rozelle’s grasp without ruinous—even fatal—consequences?

Step into the Past with these Historical Fiction Reads