Friday the 13th Reads with Some of the Unluckiest Characters 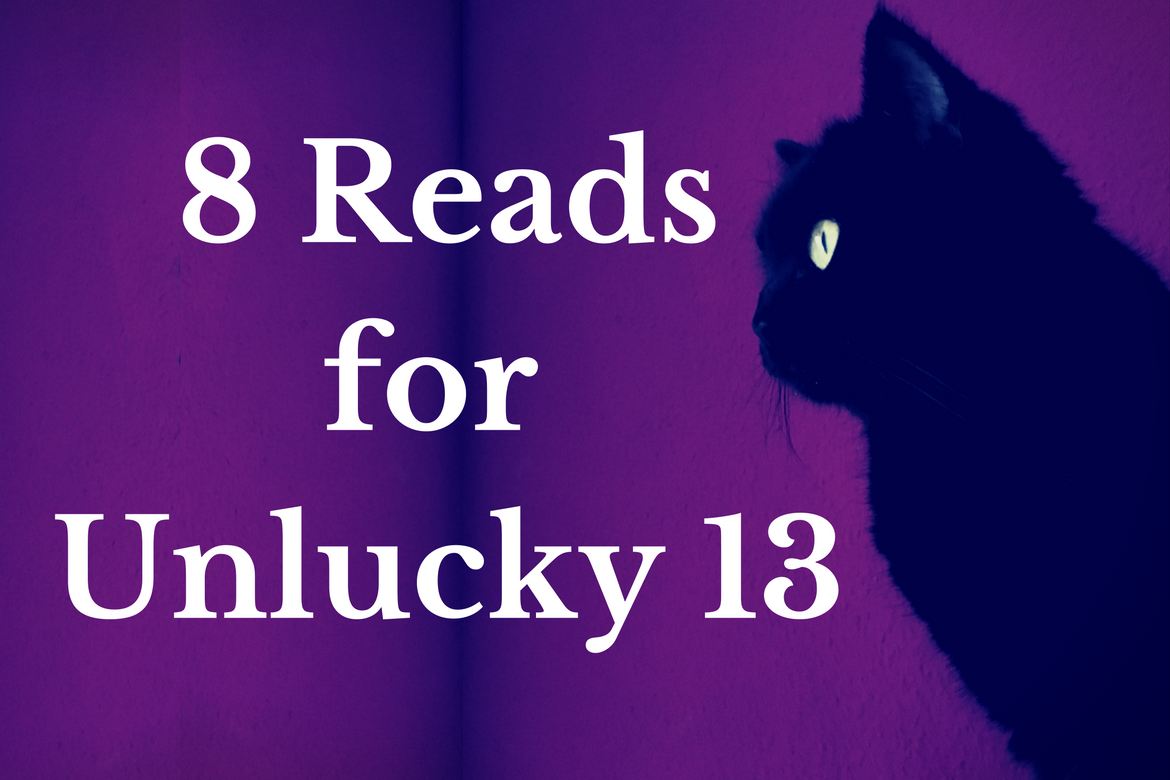 Friday the 13th is considered an unlucky day for the superstitious—much like black cats, breaking mirrors, walking under ladders, and stepping on cracks in the sidewalk. This year, why not embrace the dreaded day by indulging in these eight books. We guarantee, these unlucky characters are definitely having a worse day than you are. 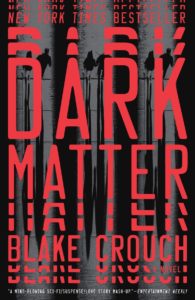 “Are you happy with your life?”

Those are the last words Jason Dessen hears before his masked abductor knocks him unconscious. Not his lucky day.

Once he wakes up, Jason is in a world where his life is not the one he knows. His wife is not his wife, his son was never born, and Jason is not an ordinary college physics professor, but instead is a celebrated genius who has achieved something remarkable. Something impossible.

But which world is the real world? And even if the home he remembers is real, how can Jason possibly make it back to the family he loves? The answers lie in a journey more wondrous and horrifying than anything he could’ve imagined—one that will force him to confront the darkest parts of himself even as he battles a terrifying, seemingly unbeatable foe. 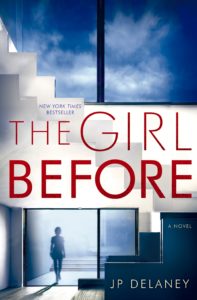 Please make a list of every possession you consider essential to your life.

The request seems odd, even intrusive—and for the two unlucky women who answer, the consequences are devastating.

Emma, once reeling from a traumatic break-in, wanted a new place to live. But none of the apartments she found were affordable or felt safe. Until One Folgate Street. But there were rules . . .

After a personal tragedy, Jane needs a fresh start. When she finds One Folgate Street, she is instantly drawn to the space—and to its aloof but seductive creator. However, after moving in, Jane learns about the untimely death of the home’s previous tenant, a woman similar to Jane in age and appearance.

Now, as Jane tries to untangle truth from lies, she unwittingly follows the same patterns, makes the same choices, crosses paths with the same people, and experiences the same terror as—the girl before. 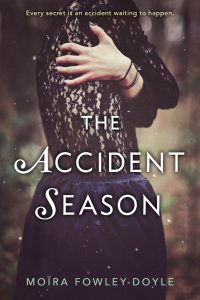 The Accident Season by Moïra Fowley-Doyle

Every October Cara and her family become inexplicably and unavoidably accident-prone. Some years it’s bad, and some years it’s just a lot of cuts and scrapes. This accident season–when Cara, her ex-stepbrother, Sam, and her best friend, Bea, are 17–is going to be a bad one. Cara is about to learn that not all the scars left by the accident season are physical: There’s a long-hidden family secret underneath the bumps and bruises. This is the year Cara will finally fall desperately in love, when she’ll start discovering the painful truth about the adults in her life, and when she’ll uncover the dark origins of the accident season–whether she’s ready or not. 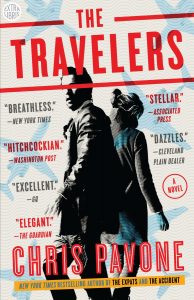 The Travelers by Chris Pavone

Meet Will Rhodes: travel writer, recently married, barely solvent, his idealism rapidly giving way to disillusionment and the worry that he’s living the wrong life. Then one night, on assignment for the award-winning Travelers magazine in the wine region of Argentina, a beautiful woman makes him an offer he can’t refuse.

Soon Will’s bad choices—and dark secrets—take him across Europe where he is drawn into a tangled web of international intrigue.

It soon becomes clear that nothing about Will Rhodes was ever ordinary, that the network of deception ensnaring him is part of an immense and deadly conspiracy with terrifying global implications—and that the people closest to him may pose the greatest threat of all. 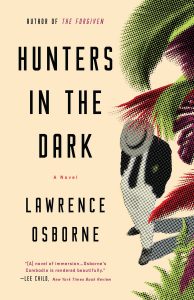 Hunters in the Dark by Lawrence Osborne

Adrift in Cambodia and eager to side-step a life of quiet desperation as a small-town teacher, 28-year-old Englishman Robert Grieve decides to go missing.

And on that first night, a small windfall precipitates a chain of events—involving a bag of “jinxed” money, a suave American, a trunk full of heroin, a hustler taxi driver, and a rich doctor’s daughter—that changes Robert’s life forever. Talk about unlucky.

Filled with Hitchcockian twists and turns and suffused with the steamy heat and pervasive superstition of the Cambodian jungle, Hunters in the Dark is a sophisticated game of cat and mouse where identities are blurred, greed trumps kindness, and karma is ruthless. 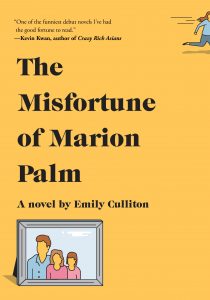 The Misfortune of Marion Palm by Emily Culliton

Marion Palm prefers not to think of herself as a thief but rather “a woman who embezzles.” Over the years she has managed to steal $180,000 from her daughters’ private school, money that has paid for European vacations, a Sub-Zero refrigerator, and perpetually unused state-of-the-art exercise equipment.

But Marion’s luck is about to run out. When the school faces an audit, Marion is forced to pull piles of rubber-banded cash from their basement hiding places and flee, leaving her family to grapple with the baffled detectives, the irate school board, and the mother-shaped hole in their house. 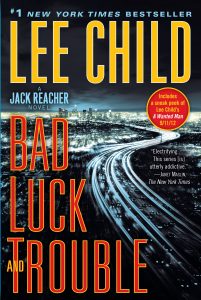 A string of bad luck ensues when, from a helicopter high above the California desert, a man is sent free-falling into the night. On the streets of Portland, Jack Reacher is pulled out of his wandering life and plunged into the heart of a conspiracy that is killing old friends and the people he once trusted with his life.

Reacher is the ultimate loner—no phone, no ties, no address. But a woman from his old military unit has found him using a signal only the eight members of their elite team would know. Then she tells him a terrifying story about the brutal death a man they both served with. Soon Reacher is reuniting with the survivors of his team, scrambling to unravel the sudden disappearance of two other comrades. But Reacher won’t give up—because in a world of bad luck and trouble, when someone targets Jack Reacher and his team, they’d better be ready for what comes right back at them. 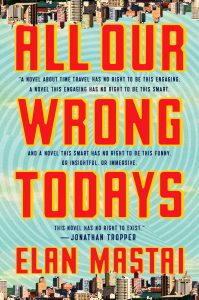 All Our Wrong Todays by Elan Mastai

It’s 2016, and in Tom Barren’s world, technology has solved all of humanity’s problems—there’s no war, no poverty, no under-ripe avocadoes. Unfortunately, Tom isn’t happy. He’s lost the girl of his dreams. And what do you do when you’re heartbroken and have a time machine? Something stupid.

Finding himself stranded in a terrible alternate reality—which we immediately recognize as our 2016—Tom is desperate to fix his mistake and go home. Right up until the moment he discovers wonderfully unexpected versions of his family, his career, and the woman who may just be the love of his life.

Now Tom faces an impossible choice. Go back to his perfect but loveless life. Or stay in our messy reality with a soulmate by his side.

Take Action with these Reads for Breast Cancer Awareness Month