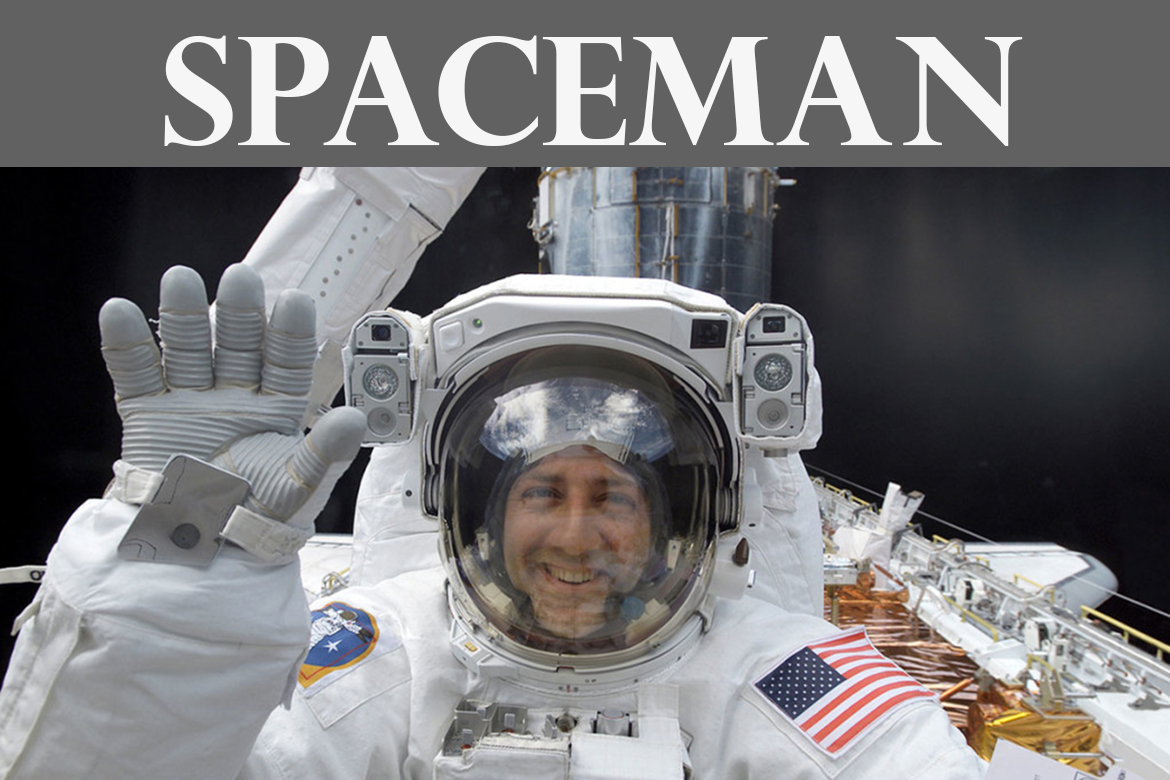 Have you ever wondered what it would be like to find yourself strapped to a giant rocket that’s about to go from zero to 17,500 miles per hour? Or to look back on the earth from outer space and see the surprisingly precise line between day and night? Or to stand in front of the Hubble telescope, wondering if the emergency repair you’re about to make will inadvertently ruin humankind’s chance to unlock the universe’s secrets? Mike Massimino has been there, and inSpaceman he puts you inside the suit, with all the zip and buoyancy of life in microgravity. Spaceman invites us into a rare, wonderful world where the nerdiest science meets the most thrilling adventure, and pulls back a curtain on just what having “the right stuff” really means.

“Every generation of astronauts needs a storyteller—a person with wit, humor, and passion who has lived our collective dreams of space exploration and returned to tell us all about it. Mike Massimino is that person. He’s that Astronaut. And this is his story.”—Neil deGrasse Tyson

“Mike Massimino writes about space with an astronaut’s eye and an engineer’s precision. You’ll be impressed with his journey and his perspective on where a well-developed space program can take us in the future.”—Senator John Glenn

“Inspired by moonwalkers, Mike grew up, became an astronaut, and fixed the Hubble Space Telescope, all while remaining some kinda’ humble. You can’t help but follow him from Long Island to the bottom of the spacewalk practice pool, then 350 miles up and back. He’s a spaceman through and through; he tells how hard work can take you out of this world.”—Bill Nye, the Science Guy, CEO of the Planetary Society

“Like Mike Massimino, I was a kid in the 1960s who dreamed of being an astronaut. But I get seasick in a row boat, so turned to math. Massimino made it to space.  And his incredible journeys, filled with grit, courage, suspense and thrills, are told with such candor and delight, that for a brief moment I felt I’d finally made it to space too. Read this book and be inspired to reach for the impossible.” —Brian Greene, Columbia University, author of The Fabric of the Cosmos