From soccer to surfing, these are inspiring sports reads you’ll root for.

Enter Our Book Club Sweepstakes for Carrie Soto Is Back! 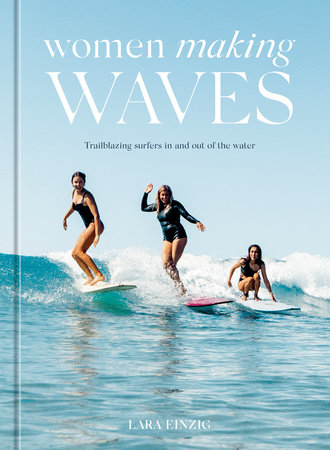 Women Making Waves: Trailblazing Surfers In and Out of the Water by Lara Einzig

Through candid interviews on the transformational power of surfing, and with immersive photography of beautiful beaches, surf shacks, and favorite breaks, Einzig captures the life-altering strength and resilience that these women discover in their connection to the waves. Women Making Waves captures the innate, spiritual essence of our connection to the ocean, inviting us all to paddle out.

“The women in this book are my sea sisters and I believe that by sharing these remarkable stories, we inspire other women to make wiser and more empowered choices in their own lives.”—Kassia Meador, former pro-longboarder and founder of Kassia+Surf 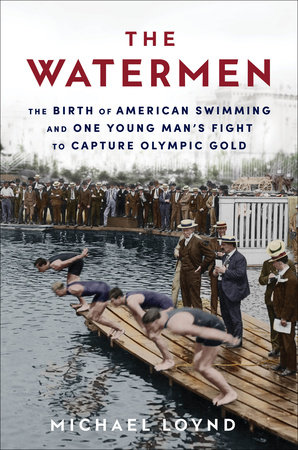 The Watermen: The Birth of American Swimming and One Young Man’s Fight to Capture Olympic Gold by Michael Loynd

The feel-good underdog story of the first American swimmer to win Olympic gold, set against the turbulent rebirth of the modern Games, that “bring[s] to life an inspiring figure and illuminate[s] an overlooked chapter in America’s sports history” (The Wall Street Journal).

“For fans of the human stories of determination and personal triumph that emerge from each Olympic Games, The Watermen is essential.”—St. Louis Magazine 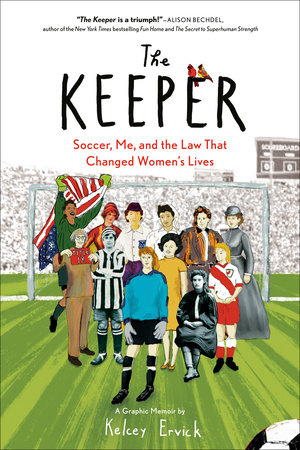 The Keeper: Soccer, Me, and the Law That Changed Women’s Lives by Kelcey Evrick

“The Keeper is a triumph! Kelcey Ervick’s rollicking visual storytelling makes this information-packed lesson in women’s sports history both hilarious and surprisingly moving. Do not be deceived by her loose, exuberant drawings–the level of writerly control at play in this beautiful book is prodigious.”—Alison Bechdel, author of the New York Times bestselling Fun Home and The Secret to Superhuman Strength

“I didn’t know I’d be embarking on an adventure into history, pop culture, tender storytelling, and sharp wit when I started . . . The Keeper is so entertaining and so moving that I wasn’t sure if I should tear up or giggle on any given page, and so informative that I was left in total awe by the end.”—Mari Andrew, New York Times bestselling author of Am I There Yet? and My Inner Sky

For the Love of the Game: 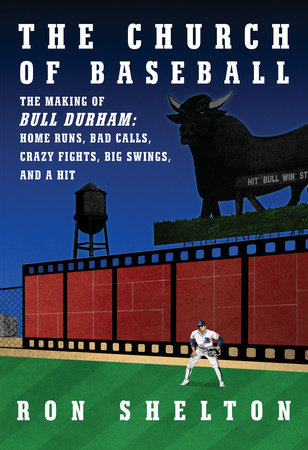 The Church of Baseball: The Making of Bull Durham: Home Runs, Bad Calls, Crazy Fights, Big Swings, and a Hit by Ron Shelton

From the award-winning screenwriter and director of cult classic Bull Durham, the extremely entertaining behind-the-scenes story of the making of the film, and an insightful primer on the art and business of moviemaking.

“This book tells you how to make a movie—the whole nine innings of it—out of nothing but sheer will.” —Tony Gilroy, writer/director of Michael Clayton and The Bourne Legacy

“Rookie of the Year. A brilliant first book details the author’s first movie, Bull Durham . . . It’s a remarkable account of how the Hollywood sausage is made, but it’s also a touching account of the author’s relationship with baseball . . . The movie, of course, ultimately became a classic. This book? Every bit as good.”—Mark Bechtel, Sports Illustrated

A Must-Listen for Kids: 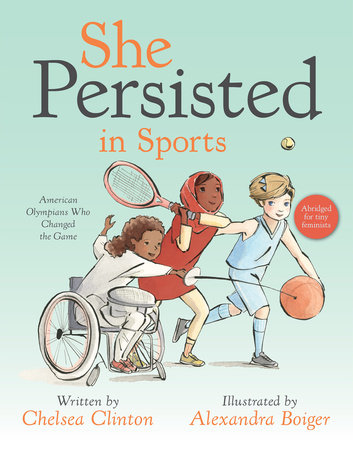 She Persisted in Sports: American Olympians Who Changed the Game by Chelsea Clinton; Illustrated by Alexandra Boiger

From Chelsea Clinton and Alexandra Boiger, the #1 New York Times bestselling team behind the She Persisted series, comes a new book featuring woman athletes who overcame and inspired.

Alexandra Boiger’s vibrant artwork accompanies this inspiring text that shows readers of all ages that no matter what obstacles come their way, they have the power to persist and succeed.

It’s Never Too Late for a Comeback: 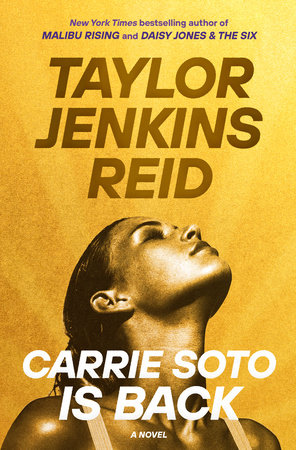 Carrie Soto Is Back: A Novel by Taylor Jenkins Reid

In this powerful novel about the cost of greatness, a legendary athlete attempts a comeback when the world considers her past her prime—from the New York Times bestselling author of Malibu Rising, Daisy Jones & The Six, and The Seven Husbands of Evelyn Hugo.

Carrie Soto is fierce, and her determination to win at any cost has not made her popular. But by the time she retires from tennis, she is the best player the world has ever seen. But six years after her retirement, Carrie finds herself sitting in the stands of the 1994 US Open, watching her record be taken from her by a brutal, stunning player named Nicki Chan.

At thirty-seven years old, Carrie makes the monumental decision to come out of retirement and be coached by her father for one last year in an attempt to reclaim her record. Even if the sports media says that they never liked “the Battle-Axe” anyway. Even if her body doesn’t move as fast as it did.

In spite of it all, Carrie Soto is back, for one epic final season. In this riveting and unforgettable novel, Taylor Jenkins Reid tells her most vulnerable, emotional story yet.

Enter for a chance to win copies of Carrie Soto Is Back for you and your book club!

Win 10 finished books and 10 totes, and get the discussion started. 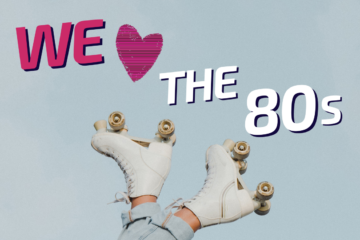