Go Back in Time with These Historical Fiction Reads 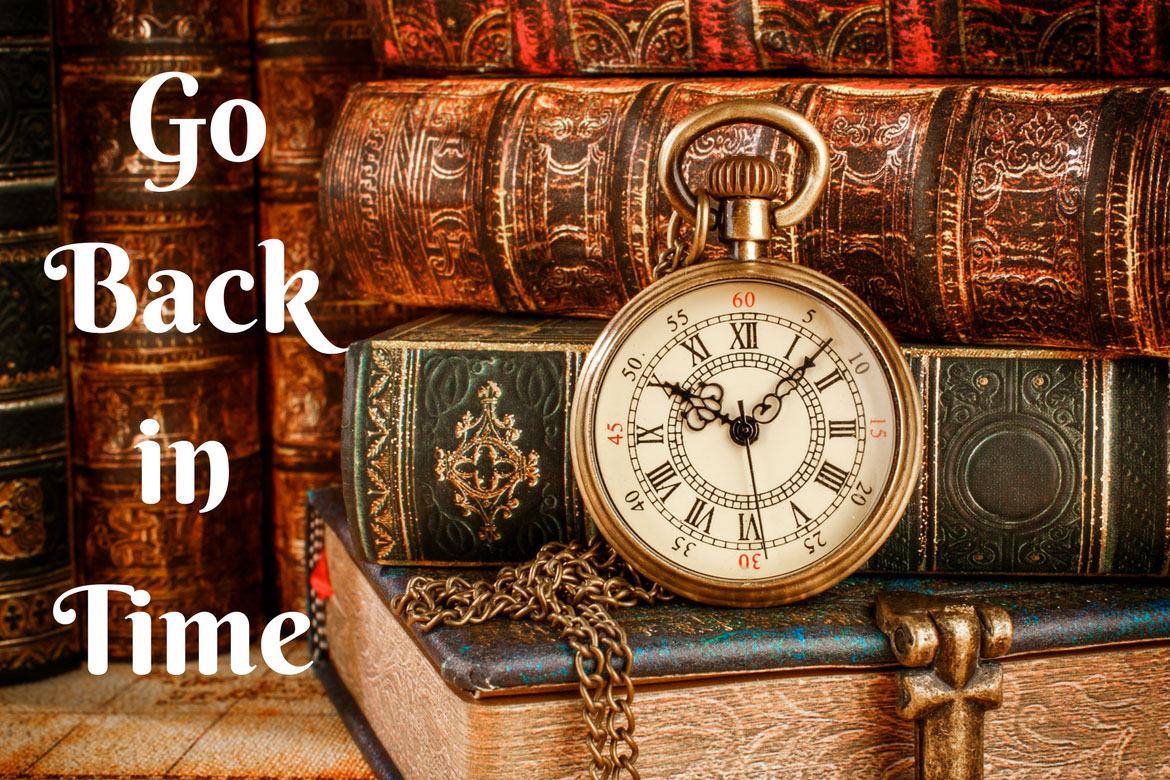 Want to get away and explore a different time period?
Look no further, these books are your tickets to the past! 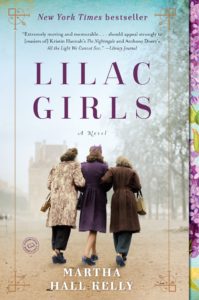 For readers of The Nightingale and Sarah’s Key, and inspired by the life of a real World War II heroine, this remarkable debut novel reveals the power of unsung women to change history in their quest for love, freedom, and second chances.

The lives of three women are set on a collision course when the unthinkable happens and one of them is sent to Ravensbrück, the notorious Nazi concentration camp for women. Their stories cross continents—from New York to Paris, Germany, and Poland—as they strive to bring justice to those whom history has forgotten.

“A profound, unsettling, and thoroughly captivating look at sisterhood through the dark lens of the Holocaust. Lilac Girls is the best book I’ve read all year. It will haunt you.”
—Jamie Ford, New York Times bestselling author of Hotel on the Corner of Bitter and Sweet 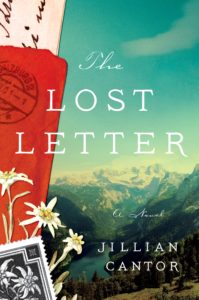 The Lost Letter by Jillian Cantor

A heart-breaking, heart-warming historical novel of love and survival inspired by real resistance workers during World War II Austria, and the mysterious love letter that connects generations of Jewish families.

Austria, 1938. Kristoff is a young apprentice to a master Jewish stamp engraver. When his teacher disappears during Kristallnacht, Kristoff is forced to engrave stamps for the Germans, and simultaneously works with the Austrian resistance to send underground messages and forge papers.

Los Angeles, 1989. Katie Nelson is going through a divorce and while cleaning out her house and life in the aftermath, she comes across the stamp collection of her father. When an appraiser discovers an unusual World War II-era Austrian stamp placed on an old love letter as he goes through her dad’s collection, they are sent on a journey together that will uncover a story of passion and tragedy spanning decades and continents, behind the just fallen Berlin Wall.

“A tender, ravishing story that illuminates the sacrifices of a generation on an achingly human scale. A deeply enthralling, deeply satisfying historical love story.” —Beatriz Williams, New York Times bestselling author of A Hundred Summers and The Wicked City 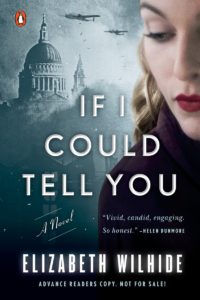 If I Could Tell You by Elizabeth Wilhide

Kristin Hannah’s The Nightingale meets Anna Karenina, a vivid and captivating novel of love, war, and the resilience of one woman’s spirit.

England, 1939: Julia Compton has a beautifully well-ordered life. Once a promising pianist, she now has a handsome husband and a young son she adores. Then, on the eve of war, a film crew arrives in her coastal town. She falls in love.

The consequences are devastating. Penniless, denied access to her son, and completely unequipped to fend for herself, she finds herself adrift in wartime London with her lover. As the German invasion looms and bombs rain down on the city, Julia faces a choice—succumb to her fate, or fight to forge a new identity in the heat of war. 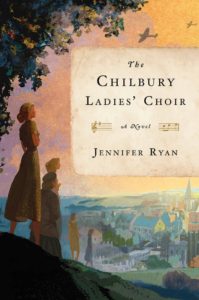 As England becomes enmeshed in the early days of World War II and the men are away fighting, the women of Chilbury village forge an uncommon bond. They defy the Vicar’s stuffy edict to close the choir and instead “carry on singing,” resurrecting themselves as the Chilbury Ladies’ Choir.

We come to know the home-front struggles of five unforgettable choir members: a timid widow devastated when her only son goes to fight; the older daughter of a local scion drawn to a mysterious artist; her younger sister pining over an impossible crush; a Jewish refugee from Czechoslovakia hiding a family secret, and a conniving midwife plotting to outrun her seedy past.

An enchanting ensemble story that shuttles from village intrigue to romance to the heartbreaking matters of life and death, Jennifer Ryan’s debut novel thrillingly illuminates the true strength of the women on the home front in a village of indomitable spirit.
“A charming slice of English wartime life that warms the soul like a hot toddy.” —Martha Hall Kelly, New York Times bestselling author of Lilac Girls 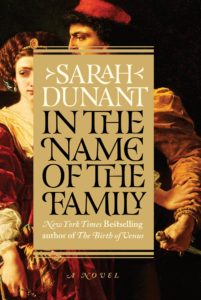 In the Name of Family by Sarah Dunant

Before the Corleones, before the Lannisters, there were the Borgias. One of history’s notorious families comes to life in this captivating novel from the author of The Birth of Venus.

It is 1502 and Rodrigo Borgia, a self-confessed womanizer and master of political corruption, is now on the papal throne as Alexander VI. His daughter Lucrezia, aged twenty-two—already three times married and a pawn in her father’s plans—is discovering her own power. And then there is his son Cesare Borgia, brilliant, ruthless, and increasingly unstable; it is his relationship with Machiavelli that gives the Florentine diplomat a master class in the dark arts of power and politics. But while the pope rails against old age and his son’s increasingly erratic behavior, it is Lucrezia who must navigate the treacherous court of Urbino, her new home, and another challenging marriage to create her own place in history.

“Dunant has a storyteller’s instincts for thrilling detail and the broad sweep of history . . .  irresistible.” —The Times (UK) 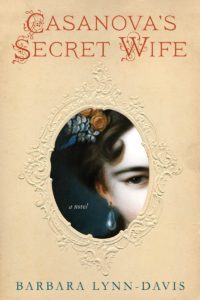 Set in eighteenth-century Venice and based on an actual account by Giacomo Casanova—here is a lush tale of desire and risk.

Caterina Capreta was an innocent girl of fourteen when she caught the attention of the world’s most infamous chronicler of seduction: Giacomo Casanova. Intoxicated by a fierce love, she wed Casanova in secret. But his shocking betrayal inspired her to commit an act that would forever mark her forever.

Now twenty years later, the woman in possession of Caterina’s most devastating secret has appeared with a request she cannot refuse: to take in a noble-born girl whose scandalous love affair resembles her own. But the girl’s presence stirs up unwelcome memories of Caterina’s turbulent past. Tested like never before, Caterina reveals the story of the man she’ll never forget.

A New York State of Mind: 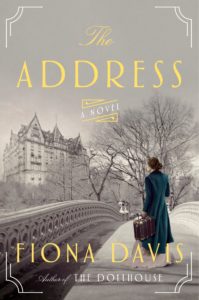 The Address by Fiona Davis

The author of The Dollhouse, returns with a compelling novel about the thin lines between love and loss, success and ruin, passion and madness, all hidden behind the walls of The Dakota, New York City’s most famous residence.
After a failed apprenticeship, working her way up to head housekeeper of a posh London hotel is more than Sara Smythe ever thought she’d make of herself. But when a chance encounter with Theodore Camden, one of the architects of the grand New York apartment house The Dakota, leads to a job offer, her world is suddenly awash in possibility.
One hundred years later in 1985, Bailey Camden is homeless, jobless, and penniless when she is offered to oversee the renovation of the lavish Dakota apartment that Theodore Camden himself lived in . . . and died in, after suffering multiple stab wounds by a madwoman named Sara Smythe.
A building with a history as rich—and often tragic—as The Dakota’s can’t hold its secrets forever, and what Bailey discovers in its basement could turn everything she thought she knew about Theodore Camden—and the woman who killed him—on its head. 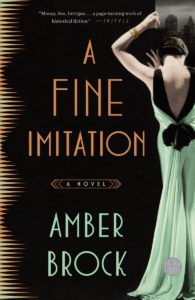 A Fine Imitation by Amber Brock

In the glamorous 1920s, Vera Bellington has beauty, pedigree, and a penthouse at The Angelus–the most coveted address on Park Avenue. But behind the sparkling social whirl, Vera is living a life of quiet desperation. Then Emil Hallan arrives to paint a mural above its glittering subterranean pool. The handsome French artist piques Vera’s curiosity and even as she finds herself drawn to Hallan’s warmth and passion, Vera can’t suppress her suspicions. After all, she has plenty of secrets, too. When the dangerous mysteries of Emil’s past are revealed, Vera faces an impossible choice—whether to cling to her familiar world of privilege and propriety or to risk her future with the enigmatic man who has taken her heart.
“Money. Sex. Intrigue. Amber Brock’s debut has all the trappings of a page-turning work of historical fiction.” –InStyle

Of Mothers and Daugthers: 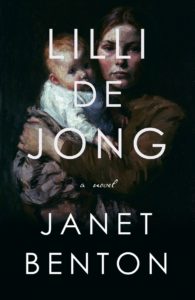 A young woman finds the most powerful love of her life when she gives birth at an institution for unwed mothers in 1883 Philadelphia. She is told she must give up her daughter to avoid lifelong poverty and shame. But she chooses to keep her.

Pregnant, left behind by her lover, and banished from her Quaker home and teaching position, Lilli de Jong enters a home for wronged women to deliver her child. She is stunned at how much her infant needs her and at how quickly their bond overtakes her heart. Mothers in her position face disabling prejudice, which is why most give up their newborns. But Lilli can’t accept such an outcome. Instead, she braves moral condemnation and financial ruin in a quest to keep herself and her baby alive.

Confiding their story to her diary as it unfolds, Lilli takes readers from an impoverished charity to a wealthy family’s home to the streets of a burgeoning American city. Drawing on rich history, Lilli de Jong is both an intimate portrait of loves lost and found and a testament to the work of mothers. “So little is permissible for a woman,” writes Lilli, “yet on her back every human climbs to adulthood.” 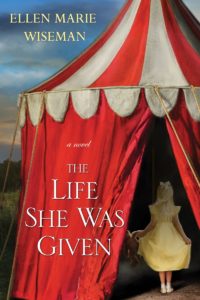 The Life She Was Given by Ellen Marie Wiseman

On a summer evening in 1931, Lilly Blackwood glimpses circus lights from the grimy window of her attic bedroom. Lilly isn’t allowed to explore the meadows around Blackwood Manor. She’s never even ventured beyond her narrow room. But on this unforgettable night, Lilly is taken outside for the first time—and sold to the circus sideshow.

More than two decades later, nineteen-year-old Julia Blackwood has inherited her parents’ estate and horse farm. For Julia, home was an unhappy place full of strict rules and forbidden rooms, and she hopes that returning might erase those painful memories. Instead, she becomes immersed in a mystery involving a hidden attic room and photos of circus scenes featuring a striking young girl.

Moving between Julia and Lilly’s stories, Ellen Marie Wiseman portrays two extraordinary, very different women in a novel that, while tender and heartbreaking, offers moments of joy and indomitable hope.

10 Books to Read on Island Time