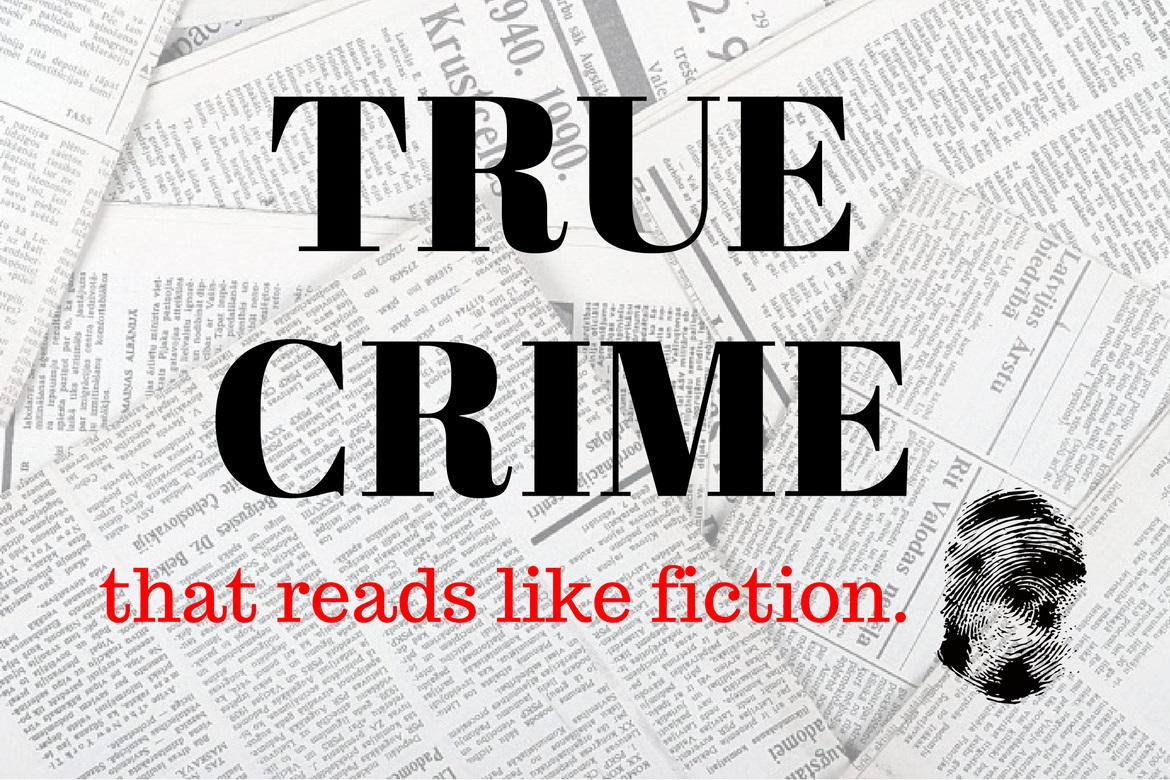 Looking for some of the best True Crime books? These gripping narrative nonfiction books are guaranteed to draw in any reader—even if the rest of your nightstand is filled with fiction.

As in In Cold Blood, The Devil in the White City, and  Under the Banner of Heaven, the authors below take a close look at crimes that have headlined newspapers, giving readers an intimate look at the stories that captured national attention. 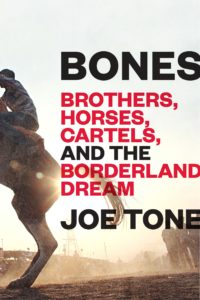 For fans of Don Winslow’s The Cartel and the Netflix series Narcos come the dramatic true story of two brothers living parallel lives on either side of the U.S.-Mexico border—and how their lives converged in a major criminal conspiracy.

José Treviño was a man who cut no corners in his pursuit of the American dream. In search of opportunity, he crossed the border into Texas to look for work as a bricklayer. But back in Mexico, his brother Miguel ascended to the top ranks of Los Zetas, a notorious drug cartel.

José, now a U.S. citizen and married with kids, gave every indication of rejecting his brother’s criminal lifestyle. Then one day he bid the largest amount ever paid for a quarter horse at a horse auction and quickly became a major player in the thriving quarter-horse racing scene. That caught the attention of a young FBI agent named Scott Lawson.

“What a cast of characters: a bloodthirsty Mexican drug lord, his unassuming blue-collar brother, a daring Texas rancher, and an idealistic young FBI agent . . . Riveting.”—Skip Hollandsworth, author of the New York Times bestseller The Midnight Assassin 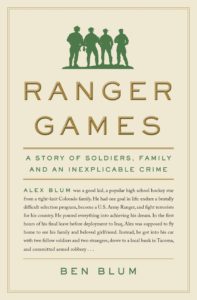 Ranger Games: A Story of Soldiers, Family and an Inexplicable Crime by Ben Blum

Alex Blum was a good kid with one goal in life: become a U.S. Army Ranger. Before deployment to Iraq, Alex was supposed to fly home to see his family and beloved girlfriend. Instead, he got into his car with two fellow soldiers and two strangers, drove to a local bank in Tacoma, and committed armed robbery. The question that haunted the entire Blum family was: Why? Why would he ruin his life in such a spectacularly foolish way?

“Rare and totally original . . . The odd characters and dangerous situations live vibrantly in these pages and the stakes are always high . . . Once you start reading you won’t put it down.” —Anthony Swofford, New York Times bestselling author of Jarhead 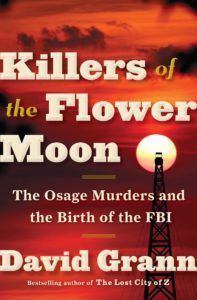 From the New York Times bestselling author of The Lost City of Z comes a twisting, haunting true-life murder mystery about one of the most monstrous crimes in American history.In the 1920s, members of the Osage Indian

In the 1920s, members of the Osage Indian nation in Oklahoma became the richest people per capita in the world after oil was discovered beneath their land. Then, one by one, the relatives of an Osage woman, Mollie Burkhart, were shot and poisoned. It was just the beginning, as more and more members of the tribe began to die under mysterious circumstances.
Many who dared to investigate the killings were themselves murdered. As the death toll climbed to more than twenty-four, the FBI took up the case— but they badly bungled it. In desperation, the young director, J. Edgar Hoover, turned to a former Texas Ranger named Tom White to unravel the mystery. Together with the Osage they began to expose one of the most chilling conspiracies in American history.

“Disturbing and riveting . . . Grann has proved himself a master of spinning delicious, many-layered mysteries that also happen to be true . . . It will sear your soul.” —Dave Eggers, New York Times Book Review 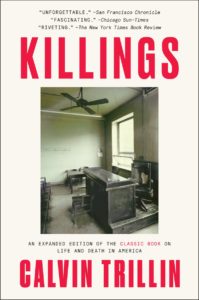 Killings: An Expanded Edition of the Classic Book on Life and Death in America by Calvin Trillin

These true stories of sudden death, by a master of American journalism, are vivid portraits of lives cut short.

An upstanding farmer in Iowa finds himself drastically changed by a woman he meets in a cocktail lounge. An eccentric old man in Eastern Kentucky is enraged by the presence of a documentary filmmaker. Two women move to a bucolic Virginia county to find peace, only to end up at war over a shared road. Mexican American families in California hand down a feud from generation to generation. A high-living criminal-defense lawyer in Miami acquires any number of enemies capable of killing him.

“Fascinating, troubling . . . In each of theses stories is the basis of a Dostoevskian novel.” —Edward Abbey, Chicago Sun-Times 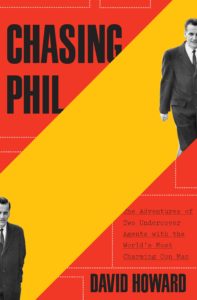 Chasing Phil: The Adventures of Two Undercover Agents with the World’s Most Charming Con Man by David Howard

For fans of Catch Me If You Can and American Hustle comes a propulsive true crime caper, bursting with larger-than-life characters, exotic locales, and awash in ’70’s glamour, that spotlights the FBI’s first white-collar undercover sting.1977, the Thunderbird Motel. J.J.

1977, the Thunderbird Motel. J.J. Wedick and Jack Brennan, two fresh faced FBI agents, were about to embark on one of the agency’s first wire-wearing undercover missions. Their target? Charismatic, globetrotting con man Phil Kitzer, whom some called the world’s greatest swindler. From the Thunderbird, the three men took off to Cleveland, to Miami, to Hawaii, to Frankfurt, to the Bahamas—meeting other members of

From the Thunderbird, the three men took off to Cleveland, to Miami, to Hawaii, to Frankfurt, to the Bahamas—meeting other members of Kitzer’s crime syndicate. But as the young agents played the role of co-conspirators, they also grew to respect and care for him. Meanwhile, Phil began to think of Jack and J.J. as best friends.

“Takes you so deep inside the FBI’s high-stakes, high-testosterone pursuit of one of the ’70s great con artists, you can practically taste the Camels and the Cutty Sark . . . Terrific.” —Mark Adams, author of Turn Right at Machu Picchu 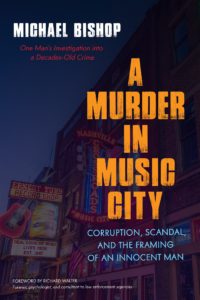 A Murder in Music City: Corruption, Scandal, and the Framing of an Innocent Man by Michael Bishop

Nashville 1964. Eighteen-year-old Paula Herring is murdered in her home while her six-year-old brother apparently sleeps through the grisly event. A judge’s son is convicted of the crime. Decades after the slaying, Michael Bishop, a private citizen, stumbles upon a secret file related to the case. With the help of some of the world’s top forensic experts—including forensic psychologist Richard Walter (aka “the living Sherlock Holmes”)—he uncovers the truth. What really happened is completely different from what the public was led to believe.

Now, for the very first time, Bishop reveals his story.

“An amateur detective on the trail of a fall guy wrongly convicted for a babysitter’s murder . . . is a very good story, and when he hooks up with ‘the living Sherlock Holmes’ to find truth and justice, it’s a great story!”—Michael Capuzzo, New York Times bestselling author of The Murder Room and Close to Shore 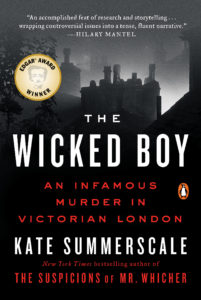 The Wicked Boy: An Infamous Murder in Victorian London by Kate Summerscale

In the summer of 1895, Robert Coombes (age 13) and his brother Nattie (age 12) were spending lavishly around the docklands of East London for ten days. The boys told neighbors they had been left home alone while their mother visited family in Liverpool, but their aunt was suspicious. When she forced the brothers to open the house to her, she found the decomposed body of their mother. Robert and Nattie were arrested and sent for trial at the Old Bailey.

Robert confessed, but his lawyers argued that he was insane. Nattie struck a plea and gave evidence against his brother. The court heard testimony about Robert’s severe headaches, his fascination with violent criminals and his passion for ‘penny dreadfuls’, the pulp fiction of the day. He seemed to feel no remorse for what he had done. The judge sentenced Robert to detention in Broadmoor, the most infamous criminal lunatic asylum in the land. Yet Broadmoor turned out to be the beginning of a new life for Robert–one that would have profoundly shocked anyone who thought they understood the Wicked Boy.

“[A] moving account of a Victorian-age murder that is a whydunit rather than a whodunit . . . a tragedy that reads like a Dickens novel, including the remarkable payoff at the end.”— Publishers Weekly, starred review 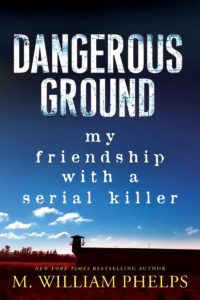 Dangerous Ground: My Friendship with a Serial Killer by M. William Phelps

In September 2011, investigative journalist M. William Phelps made a bold decision that would change the landscape of reality-based-television—and his own life. He asked a convicted serial killer to act as a consultant for his TV series Dark Minds. Under the code name “Raven,” the murderer shared his insights into the minds of other killers and helped analyze their crimes. As the series became an international sensation, Raven became Phelps’s unlikely confidante, ally—and friend.

In this deeply personal account, Phelps traces his own family’s dark history, and takes us into the heart and soul of a serial murderer. From questions about morality to Raven’s thoughts on the still-unsolved, brutal murder of Phelps’s sister-in-law, the author found himself grappling with an unwanted, unexpected, unsettling connection with a cold-blooded killer.

Go Back in Time with These Historical Fiction Reads