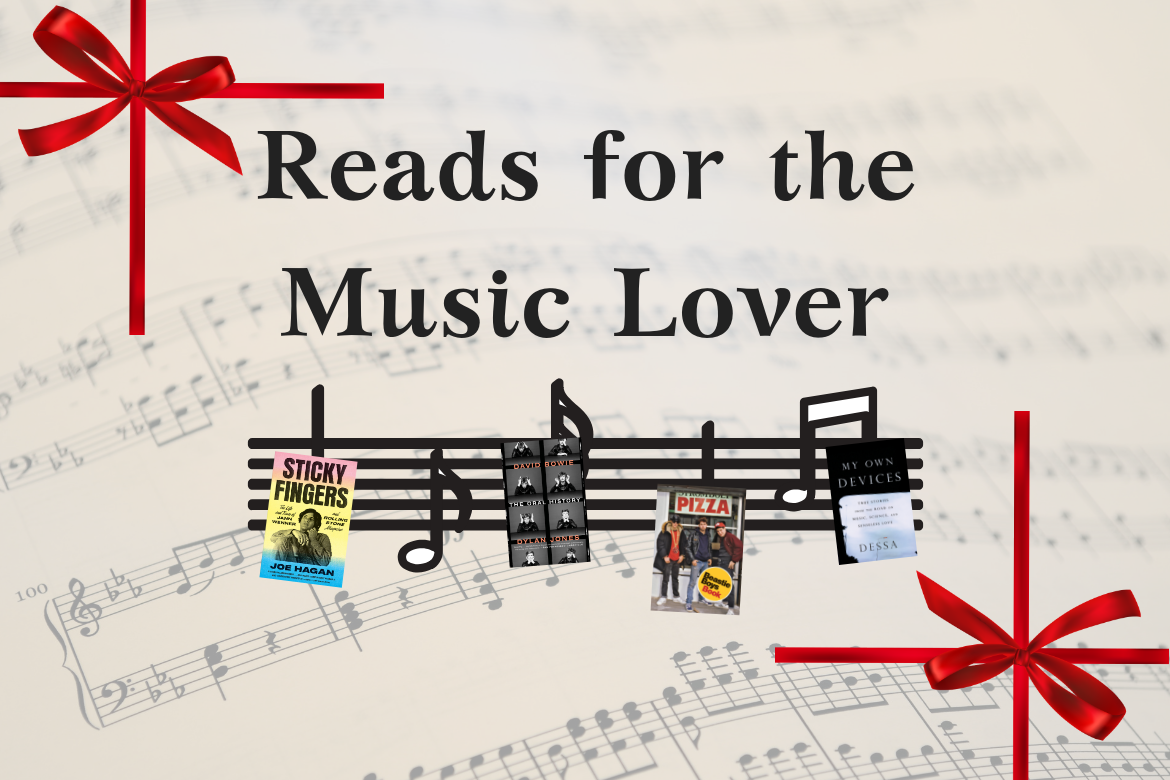 Looking for gift ideas for music aficionados? Check out these 10 musical reads that are topping the charts. From classical composers to the history of hip hop—there’s something for every music lover on your list. 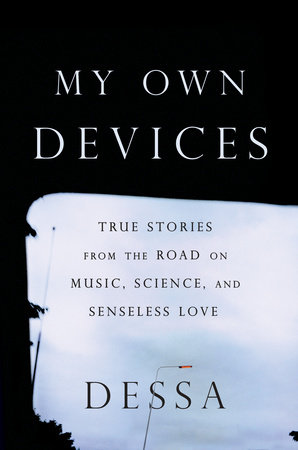 My Own Devices: True Stories from the Road on Music, Science, and Senseless Love by Dessa

“Incredible gravitas and presence and humanity. There’s just so much intelligence to everything she does.” —NPR, All Songs Considered

Dessa defies category—she is an intellectual with an international rap career and an inhaler in her backpack; a creative writer fascinated by philosophy and behavioral science; and a funny, charismatic performer dogged by blue moods and heartache. She’s ferocious on stage and endearingly neurotic in the tour van. Her stunning literary debut memoir stitches together poignant insights on love, science, and language–a demonstration of just how far the mind can travel while the body is on a six-hour ride to the next gig.

Her writing is infused with scientific research, dry wit, a philosophical perspective, and an abiding tenderness for the people she tours with and the people she leaves behind to be on the road. 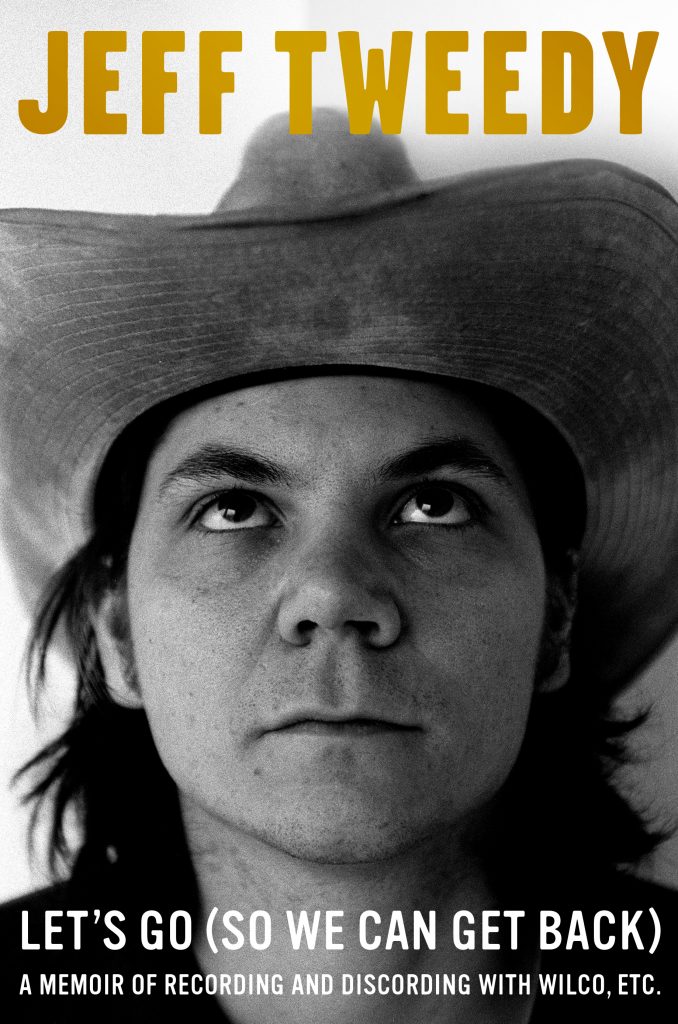 Let’s Go (So We Can Get Back): A Memoir of Recording and Discording with Wilco, Etc. by Jeff Tweedy

The singer, guitarist, and songwriter—best known for his work with Wilco—opens up about his past, his songs, the music, and the people that have inspired him.

Few bands have inspired as much devotion as the Chicago rock band Wilco, and it’s thanks, in large part, to the band’s singer, songwriter, and guiding light: Jeff Tweedy. But while his songs and music have been endlessly discussed and analyzed, Jeff has rarely talked so directly about himself, his life, and his artistic process.

Until now. In his long-awaited memoir, Jeff will tell stories about his childhood in Belleville, Illinois; the St. Louis record store, rock clubs, and live-music circuit that sparked his songwriting and performing career; and the Chicago scene that brought it all together. He’ll also talk in-depth about his collaborators in Uncle Tupelo, Wilco, and more; and write lovingly about his parents, wife Susie, and sons, Spencer and Sam. 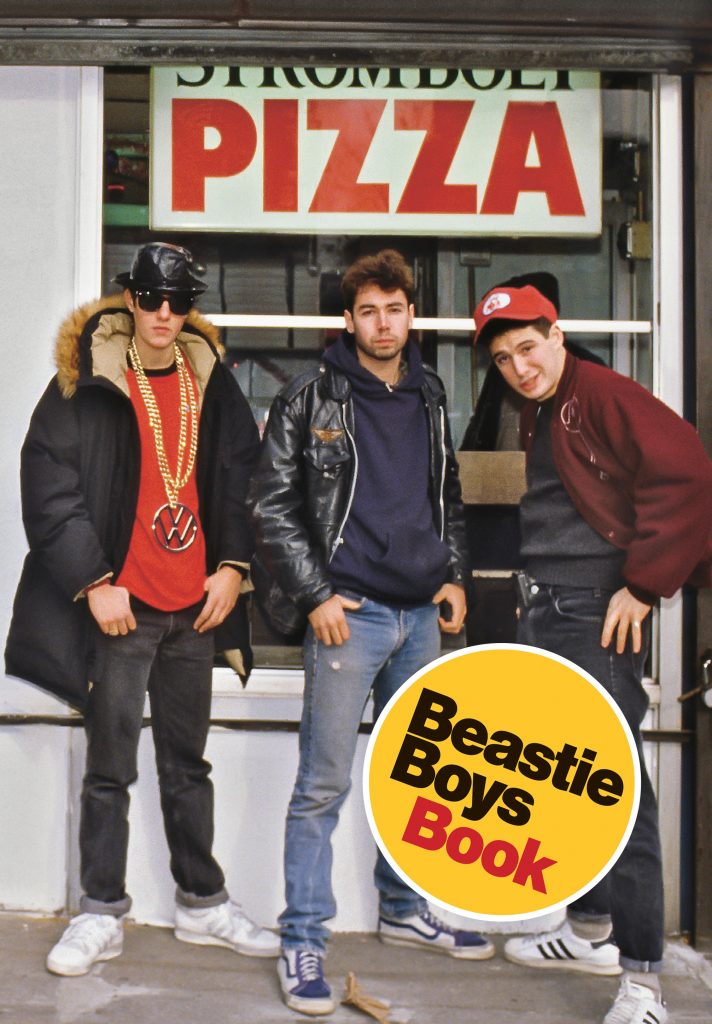 A panoramic experience that tells the story of Beastie Boys, a book as unique as the band itself—by band members ADROCK and Mike D.

Formed as a New York City hardcore band in 1981, Beastie Boys struck an unlikely path to global hip hop superstardom. Here is their story, told for the first time in the words of the band. Adam “ADROCK” Horovitz and Michael “Mike D” Diamond offer revealing and very funny accounts of their transition from teenage punks to budding rappers; their early collaboration with Russell Simmons and Rick Rubin; the debut album that became the first hip hop record ever to hit #1, Licensed to Ill—and the album’s messy fallout as the band broke with Def Jam; and more. For more than thirty years, this band has had an inescapable and indelible influence on popular culture.

“Beastie Boys fans will devour this book, as will anyone interested in the early days of hip-hop, the art/music/street life of New York City in the 1980s, and the alternative-nation zeitgeist of the ‘90s.”—Kirkus Reviews 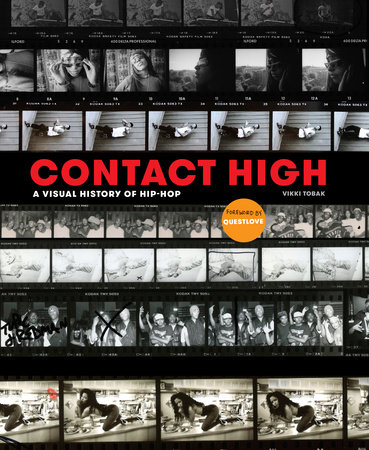 Contact High: A Visual History of Hip-Hop by Vikki Tobak

An inside look at the work of hip-hop photographers told through their most intimate diaries—their contact sheets.

Featuring rare outtakes from over 100 photoshoots alongside interviews and essays from industry legends, Contact High: A Visual History of Hip-Hop takes readers on a chronological journey from old-school to alternative hip-hop and from analog to digital photography. The ultimate companion for music and photography enthusiasts, Contact High is the definitive history of hip-hop’s early days, celebrating the artists that shaped the iconic album covers, t-shirts and posters beloved by hip-hop fans today. 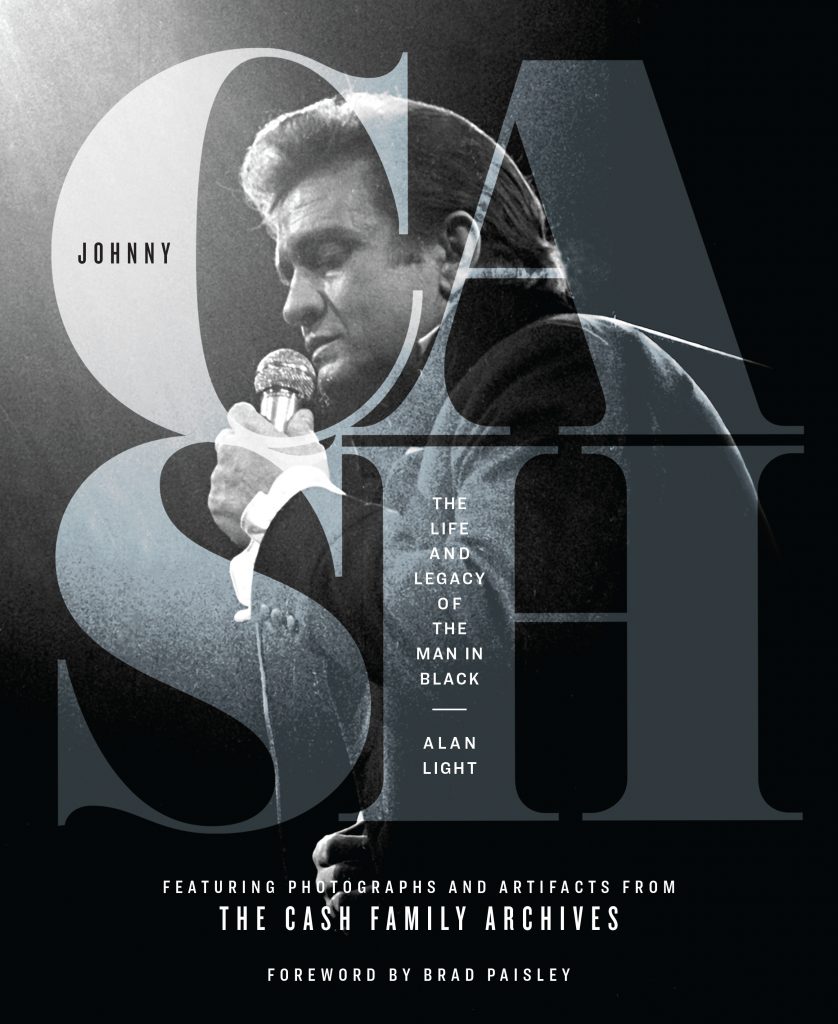 Johnny Cash: The Life and Legacy of the Man in Black by Alan Light

An illustrated biography of Johnny Cash that tells his life story through never-before-seen personal photographs and memorabilia from the Cash family.

Johnny Cash: The Life and Legacy of the Man in Black is a Cash biography like no other. It reveals Cash’s personal and professional life through largely unpublished material from the Cash family, including his handwritten notes and set lists; personal photographs of Cash with his family, traveling, and performing onstage; and beloved objects from his home and private recording studio.

Alan Light, one of America’s leading music journalists, traces Cash’s story from his origins in rural Arkansas to his early recordings with Sun Records; from his battles with drug dependency and divorce to his romance with June Carter; and from his commercial musical successes, including At Folsom Prison and American Recordings, to his death and legacy. 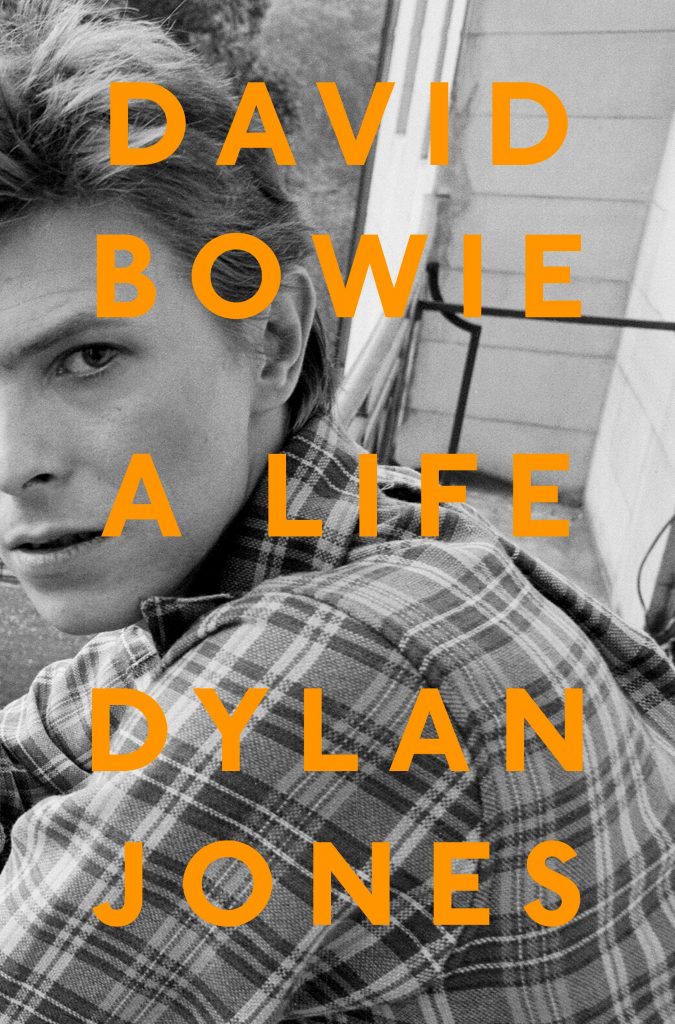 Dylan Jones’s engrossing, magisterial biography of David Bowie is unlike any Bowie story ever written. Drawn from over 180 interviews with friends, rivals, lovers, and collaborators, some of whom have never before spoken about their relationship with Bowie, this oral history weaves a hypnotic spell as it unfolds the story of a remarkable rise to stardom and an unparalleled artistic path.

Tracing Bowie’s life from the English suburbs to London to New York to Los Angeles, Berlin, and beyond, its collective voices describe a man profoundly shaped by his relationship with his schizophrenic half-brother Terry; an intuitive artist who could absorb influences through intense relationships and yet drop people cold when they were no longer of use; and a social creature equally comfortable partying with John Lennon and dining with Frank Sinatra.

By turns insightful and deliciously gossipy, David Bowie is as intimate a portrait as may ever be drawn. It sparks with admiration and grievances, lust and envy, as the speakers bring you into studios and bedrooms they shared with Bowie, and onto stages and film sets, opening corners of his mind and experience that transform our understanding of both artist and art. Dylan Jones’s engrossing, magisterial biography of David Bowie is unlike any Bowie story ever written. Drawn from over 180 interviews with friends, rivals, lovers, and collaborators, some of whom have never before spoken about their relationship with Bowie, this oral history weaves a hypnotic spell as it unfolds the story of a remarkable rise to stardom and an unparalleled artistic path. 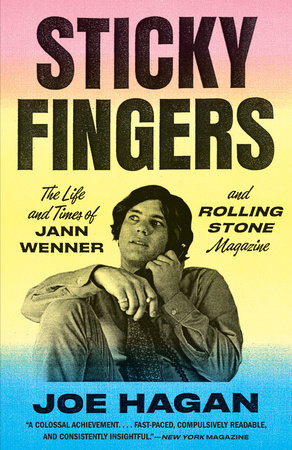 Sticky Fingers: The Life and Times of Jann Wenner and Rolling Stone Magazine by Joe Hagan

A delicious romp through the heyday of rock and roll and a revealing portrait of the man at the helm of the iconic magazine that made it all possible—Rolling Stone.

The story of Jann Wenner, Rolling Stone‘s founder, editor, and publisher, and the pioneering era he helped curate, is told here for the first time in glittering, glorious detail. Joe Hagan provides readers with a backstage pass to storied concert venues and rock-star hotel rooms; he tells never before heard stories about the lives of rock stars and their handlers; he details the daring journalism (Tom Wolfe, Hunter S. Thompson, P.J. O’Rourke) and internecine office politics that accompanied the start-up; he animates the drug and sexual appetites of the era; and he reports on the politics of the last fifty years that were often chronicled in the pages of Rolling Stone magazine.

Supplemented by a cache of extraordinary documents and letters from Wenner’s personal archives, Sticky Fingers depicts an ambitious, mercurial, wide-eyed rock and roll fan of who exalts in youth and beauty and learns how to package it, marketing late sixties counterculture as a testament to the power of American youth. 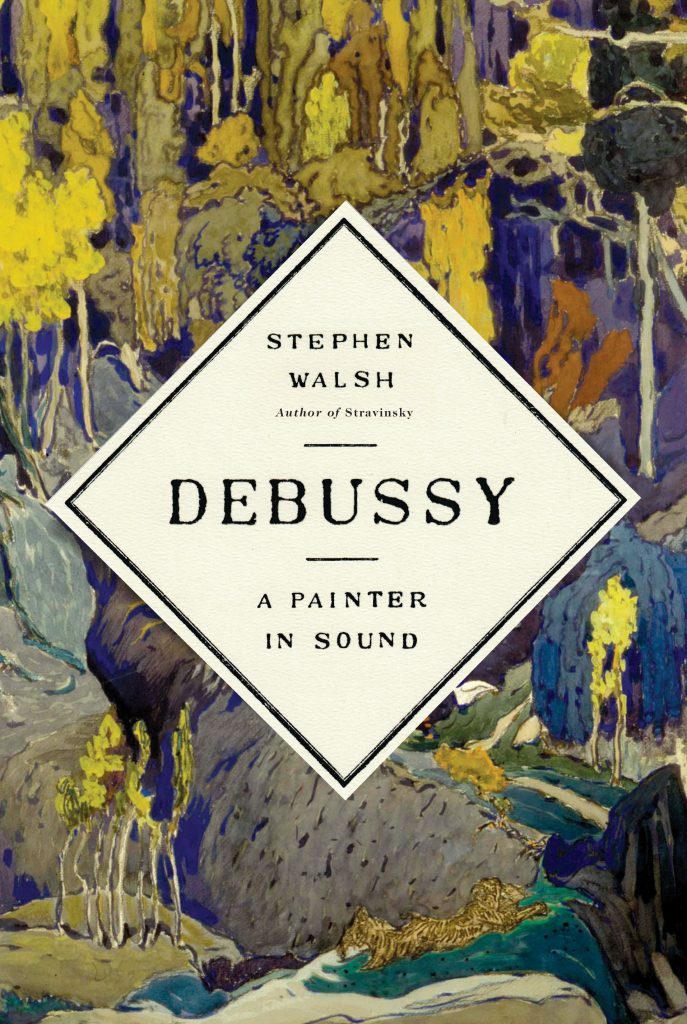 Debussy: A Painter in Sound by Stephen Walsh

A beautifully written and original biography of one of the greatest and most popular of modern composers—which also deeply investigates his much-loved music.

Claude Debussy (1862-1918) was that rare creature, a composer who reinvented the language of music without alienating the majority of music lovers. The creator of such classics as La Mer and Clair de Lune, of Pelléas et Mélisande and his magnificent, delicate piano works, he is the modernist everybody loves, the man who drove French music into entirely new regions of beauty and excitement at a time when old traditions—and the overbearing influence of Wagner—threatened to stifle it.

As a central figure at the birth of modernism, Debussy’s influence on French culture was profound. Yet at the same time his own life was complicated and often troubled by struggles over money, women, and ill-health. Walsh’s engagingly original approach is to enrich a lively account of this life with brilliant analyses of Debussy’s music: from his first daring breaks with the rules as a Conservatoire student to his mature achievements as the greatest French composer of his time. 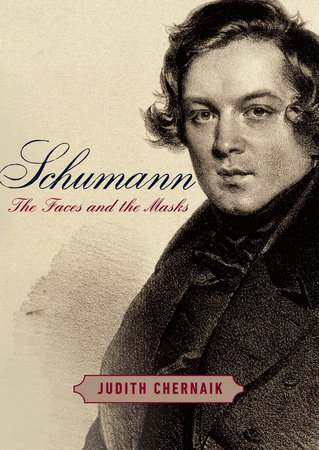 Schumann: The Faces and the Masks by Judith Chernaik

A groundbreaking account of Robert Schumann, a major composer and key figure of Romanticism, whose life and works have been the subject of intense controversy since his early death in a mental asylum.

Schumann: The Faces and the Masks draws us into the milieu of the Romantic movement, which enraptured poets, musicians, painters, and their audiences in the early nineteenth century and beyond, even to the present day. It reveals how Schumann (1810-1856) embodied all the contrasting themes of Romanticism.

Drawing on hitherto unpublished archive material, as well more established sources of journals, letters, and publications, Judith Chernaik provides enthralling new insight into Schumann’s life and his music: his sexual escapades, his fathering of an illegitimate child, the facts behind his courtship of Clara Wieck—already a noted young concert pianist—his passionate marriage to her despite the opposition of her manipulative father, his passionate marriage, and the ways his many crises fed into the dreams and fantasies of his greatest works, turning his tumultuous life into music that speaks directly to the heart. 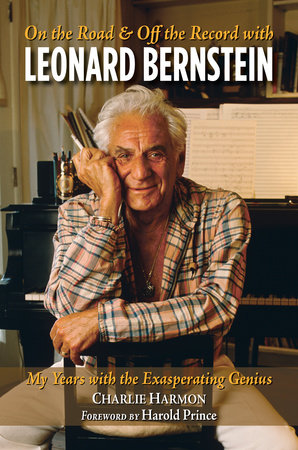 Celebrating Leonard Bernstein’s centenary with an intimate and detailed look at the public and private life of the Maestro written by his former assistant.

“A gossip-filled memoir of life with a musical superstar. In his debut book, music editor and arranger Harmon recounts in vivid detail four exhausting, exhilarating years as assistant to the mercurial maestro Leonard Bernstein (1918-1990) . . . An affectionate portrait of an eminent musician who was driven by demons.” –Kirkus Reviews, starred review 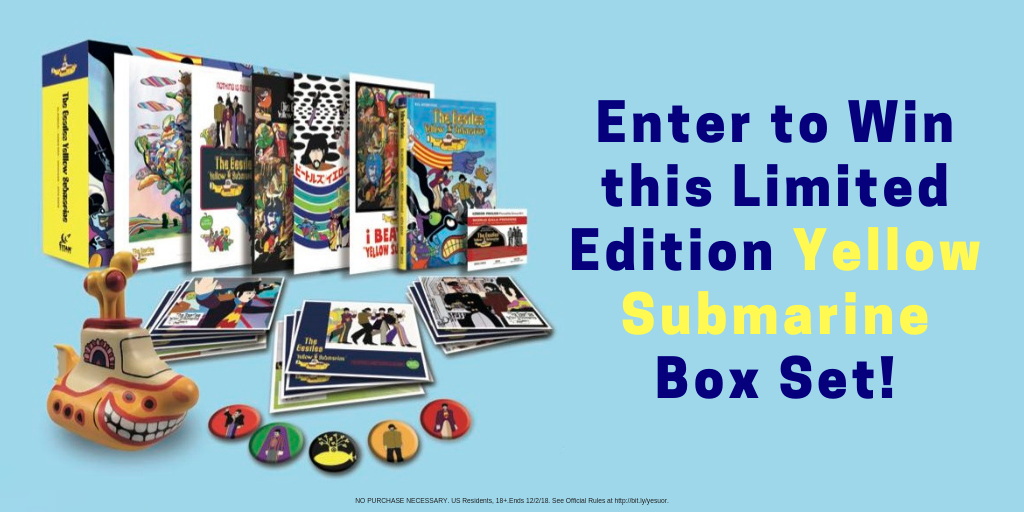 Enter between November 2, 2018 and December 2, 2018.
Open to US residents, 18 or older. Void where prohibited or restricted by law.
See Official Rules for full details.

Enter Our Cozy Up with Jane Austen Sweepstakes!