August is approaching, and with it comes more reads for the beach. So grab your bathing suit, sunscreen,
and comfy beach chair to sit back, relax, 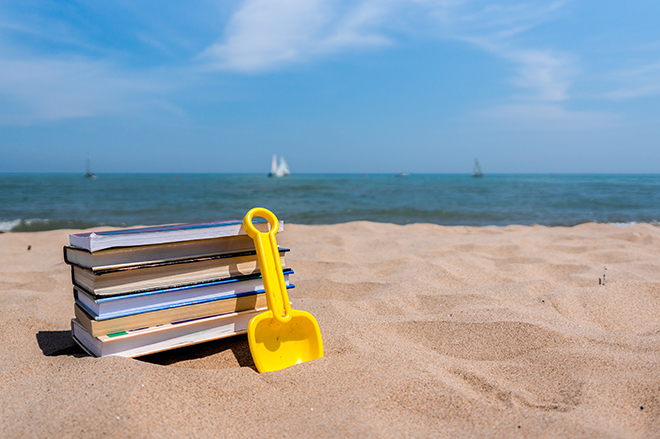 and get your read on.

The City Baker’s Guide to Country Living by Louise Miller
A warm, full-hearted novel about a big-city baker who discovers the true meaning of home, and that sometimes the best things are found when you didn’t even know you were looking.

The Nix by Nathan Hill
A hilarious and deeply touching debut novel about a son, the mother who left him as a child, and how his search to uncover the secrets of her life leads him to reclaim his own.

The Couple Next Door by Shari Lapena
A domestic suspense debut about a young couple and their apparently friendly neighbors—a twisty, rollercoaster ride of lies, betrayal, and the secrets between husbands and wives.

Behold the Dreamers by Imbolo Mbue
At the intersection of Americanah and the fiction of Amy Tan, a riveting debut novel about two marriages—one immigrant and working class, the other from the top 1%—both chasing their version of the American Dream.

The Dollhouse by Fiona Davis
Fiona Davis’s stunning debut novel pulls readers into the lush world of New York City’s glamorous Barbizon Hotel for Women, where a generation of aspiring models, secretaries, and editors lived side-by-side while attempting to claw their way to fairy-tale success in the 1950s, and where a present-day journalist becomes consumed with uncovering a dark secret buried deep within the Barbizon’s glitzy past.

Arrowood by Laura McHugh
A dark, gripping novel of literary suspense about a mysterious kidnapping and the ways in which our lives are shaped by memory and the stories we create about our past.