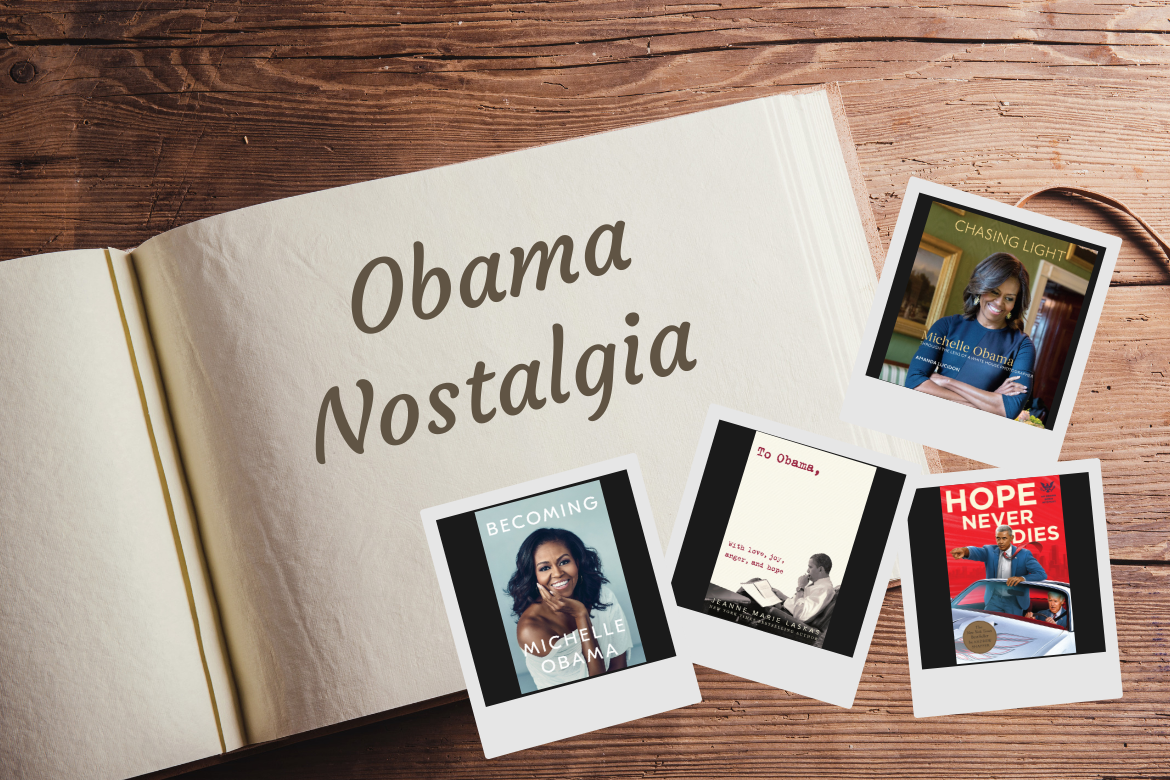 The much-anticipated publication of Michelle Obama’s memoir, Becoming, is on the horizon and iconic images from her husband’s presidency continue to circulate on social media. Take a look back at this powerful couple and their days both before and during the White House Years with this collection of revelatory reads.

Who Are The Obamas?: 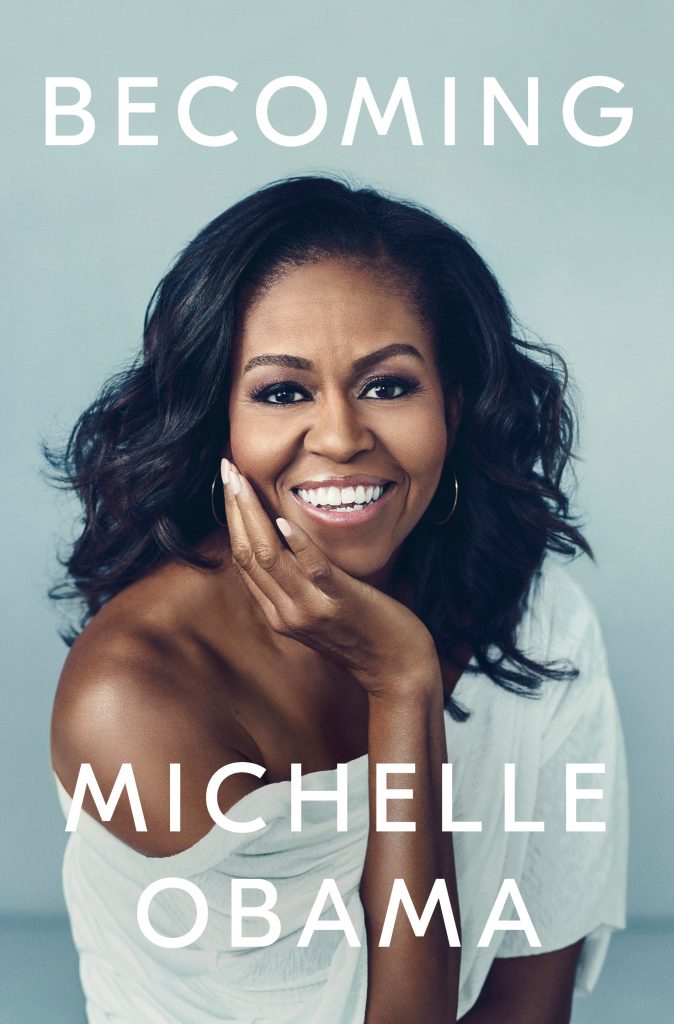 An intimate, powerful, and inspiring memoir by the former First Lady of the United States.

In a life filled with meaning and accomplishment, Michelle Obama has emerged as one of the most iconic and compelling women of our era. As First Lady of the United States of America—the first African American to serve in that role—she helped create the most welcoming and inclusive White House in history, while also establishing herself as a powerful advocate for women and girls in the U.S. and around the world.

In her memoir, a work of deep reflection and mesmerizing storytelling, Michelle Obama invites readers into her world, chronicling the experiences that have shaped her—from her childhood on the South Side of Chicago to her years as an executive balancing the demands of motherhood and work, to her time spent at the world’s most famous address. 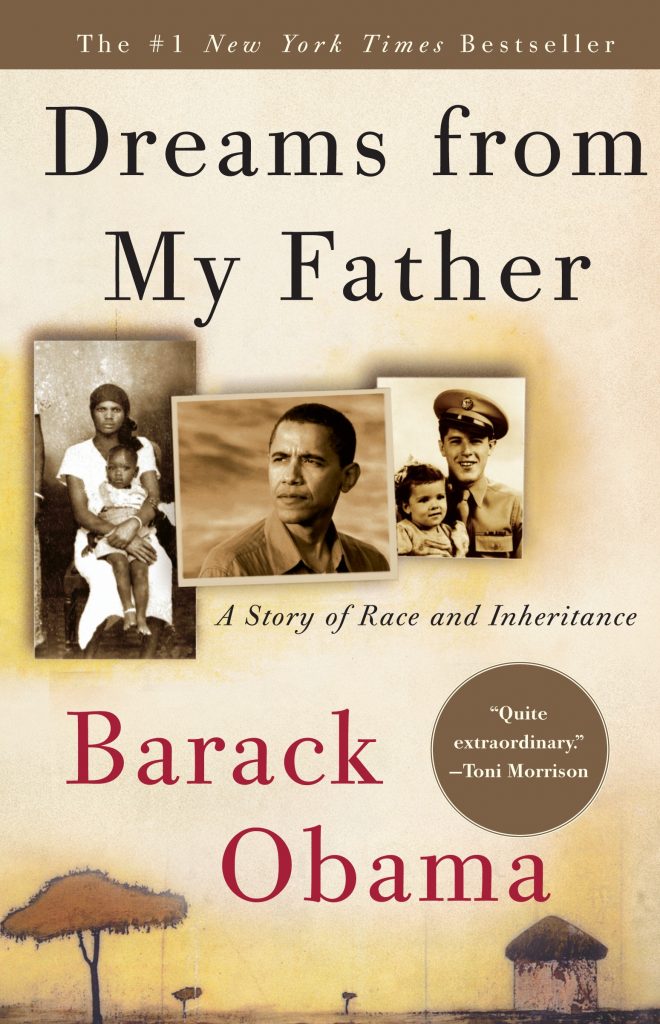 Dreams From My Father: A Story of Race and Inheritance by Barack Obama

Nine years before the Senate campaign that made him one of the most influential and compelling voices in American politics, Barack Obama published this lyrical, unsentimental, and powerfully affecting memoir.

Dreams from My Father tells the story of Obama’s struggle to understand the forces that shaped him as the son of a black African father and white American mother—a struggle that takes him from the American heartland to the ancestral home of his great-aunt in the tiny African village of Alego.

A searching meditation on the meaning of identity in America, Dreams from My Father might be the most revealing portrait we have of a major American leader. 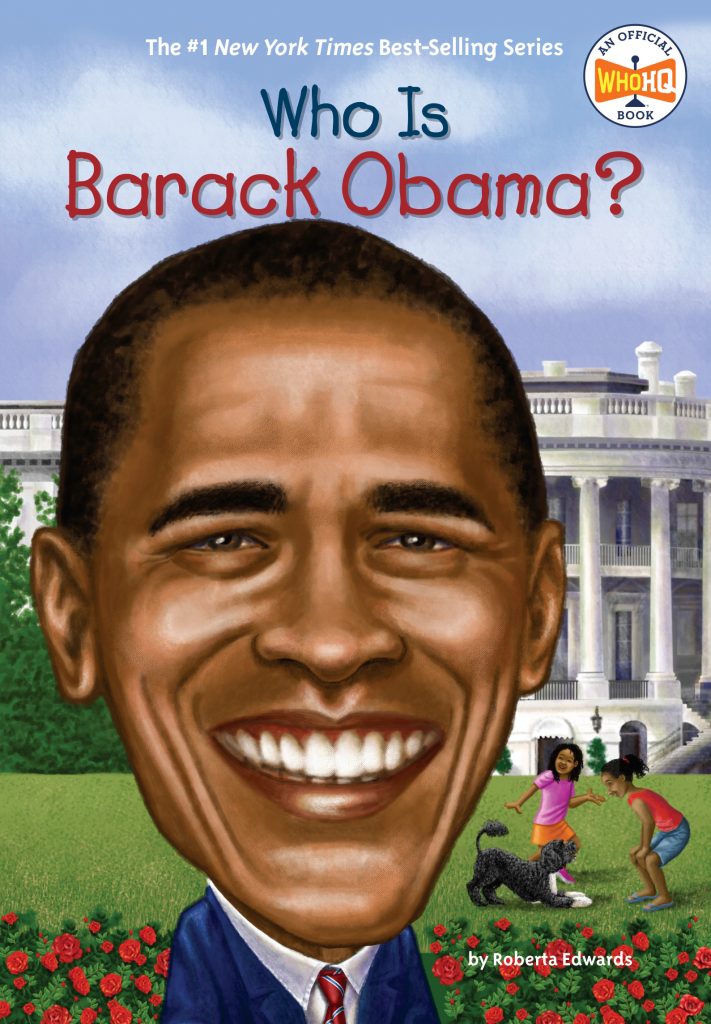 Who Is Barack Obama? by Roberta Edwards and Who HQ; Illustrated by John O’brien

A little boy who had a pet ape.

The first African-American president of the United States.

As the world now knows, Barack Obama has made history as our first African-American president. With black-and-white illustrations throughout, this biography is perfect for primary graders looking for an understanding of the life story of former president, Barack Obama. 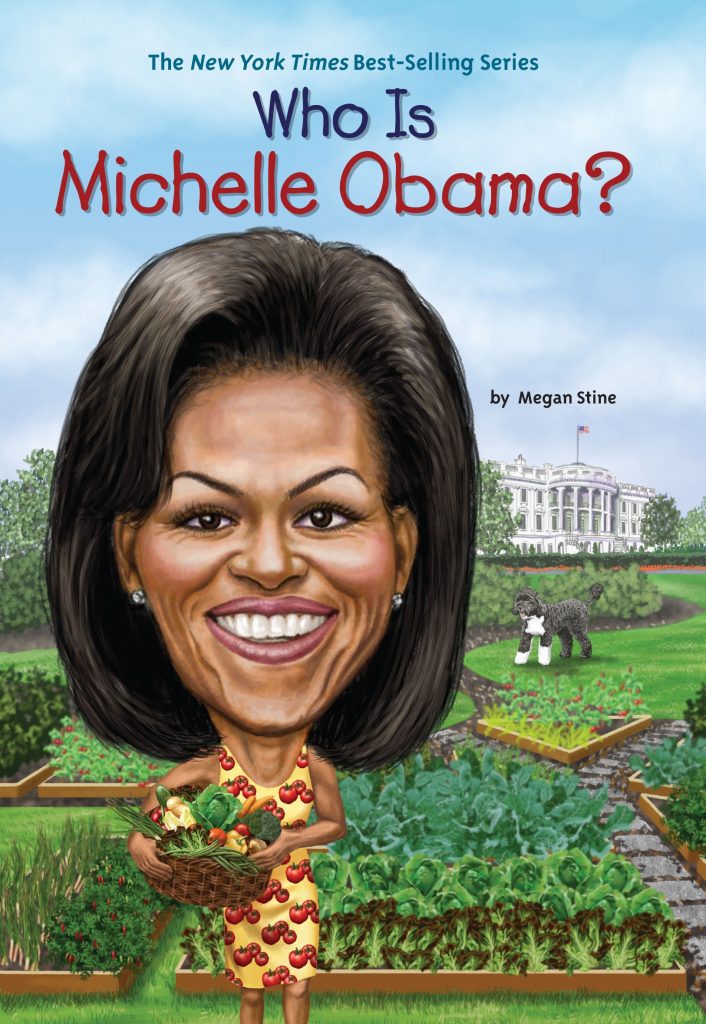 Who Is Michelle Obama? by Megan Stine and Who HQ; Illustrated by John O’Brien

A smart girl unafraid to stand up for herself.

The first African-American First Lady of the United States.

Born into a close knit family in Chicago, Michelle Robinson was a star student who graduated from Princeton and Harvard Law. Then in 1992, she married another promising young lawyer and the rest, as they say, is history. It is undeniable that President Barack Obama has changed the United States but so has Michelle Obama, the self proclaimed “Mom in Chief.”

Stories From Inside the White House: 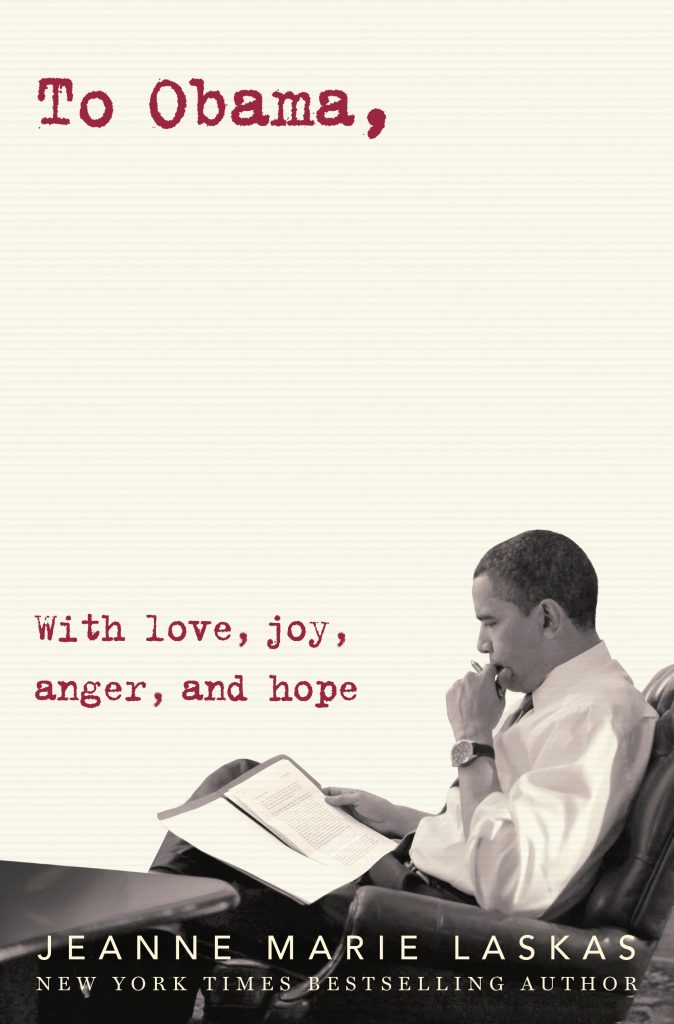 To Obama: With Love, Joy, Anger, and Hope by Jeanne Marie Laskas

President Barack Obama received ten thousand letters a day from his constituents. This is the story of the private and profound relationship with letter writers that shaped his presidency. Their voices combine to reveal a diary of a nation.

Every evening for eight years, at his request, President Obama was given ten handpicked letters written by ordinary American citizens from his Office of Presidential Correspondence. He was the first president to interact daily with constituent mail and to archive it in its entirety.

The letters affected not only the president and his policies but also the deeply committed people who were tasked with opening and reading the millions of pleas, rants, thank-yous, and apologies that landed in the White House mailroom.

In To Obama, Jeanne Marie Laskas interviews President Obama, the letter writers themselves, and the White House staff who sifted through the powerful, moving, and incredibly intimate narrative of America during the Obama years. 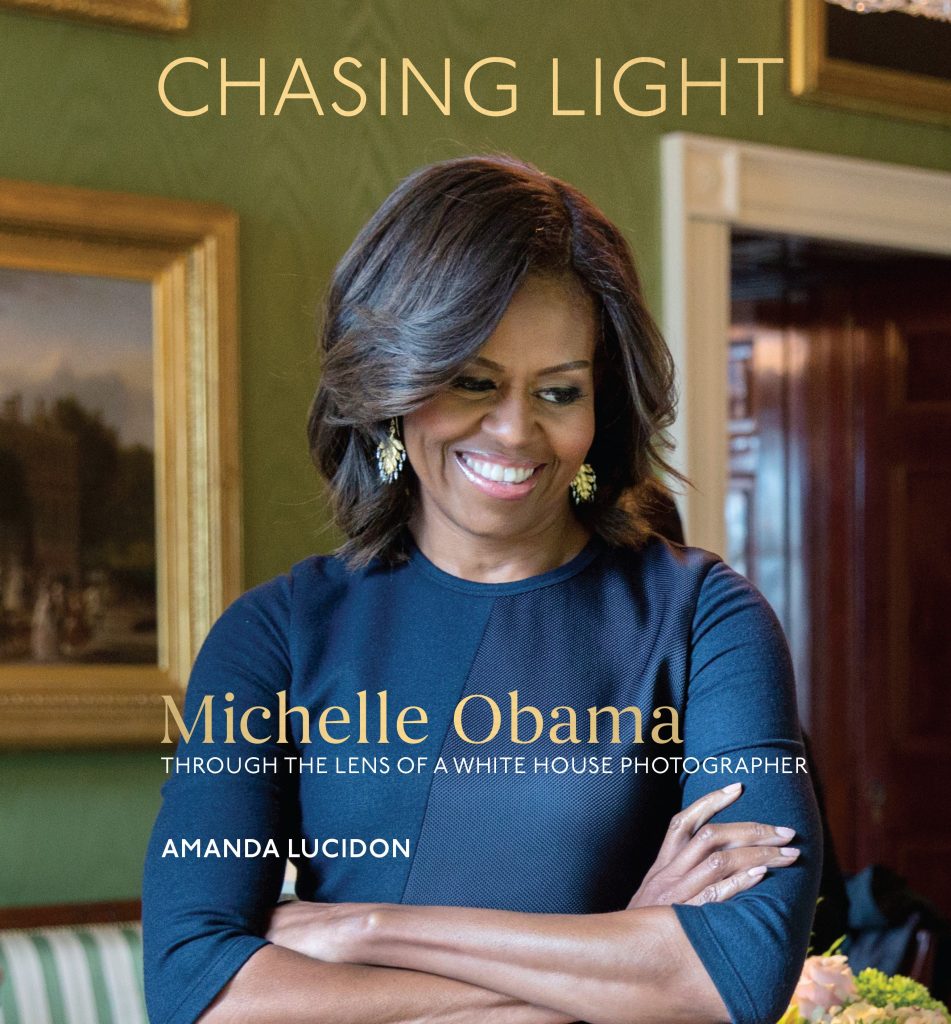 Chasing Light: Michelle Obama Through the Lens of a White House Photographer by Amanda Lucidon

Michelle Obama is one of the most admired First Ladies in history, known for her grace, spirit, and beauty, as well as for the amazing work she did during her tenure to promote girls’ education, combat childhood obesity, and support military families. 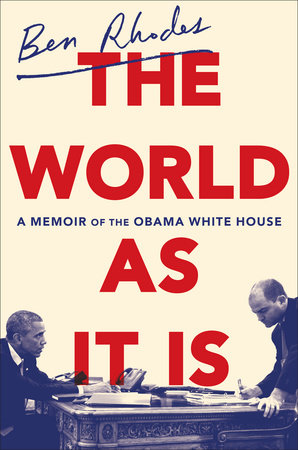 The World As It Is: A Memoir of the Obama White House by Ben Rhodes

From one of Barack Obama’s most trusted aides comes a revelatory behind-the-scenes account of his presidency—and how idealism can confront harsh reality and still survive.

For nearly ten years, Ben Rhodes saw almost everything that happened at the center of the Obama administration—first as a speechwriter, then as deputy national security advisor, and finally as a multipurpose aide and close collaborator. He started every morning in the Oval Office with the President’s Daily Briefing, traveled the world with Obama, and was at the center of some of the most consequential and controversial moments of the presidency. In The World As It Is he tells the full story of his partnership—and, ultimately, friendship—with a man who also happened to be a historic president of the United States. 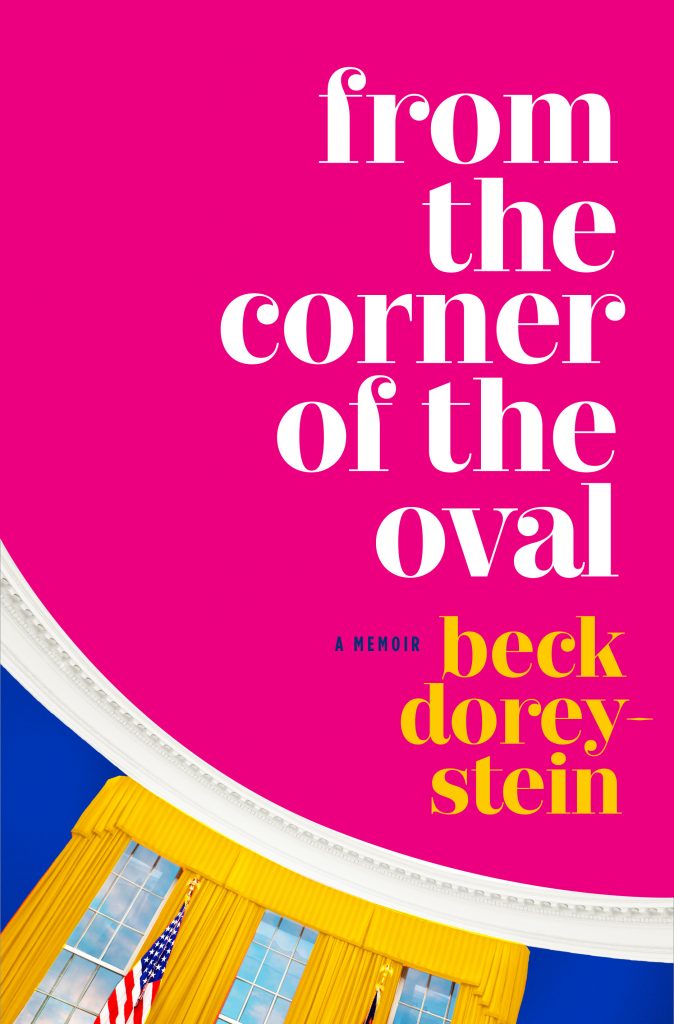 From the Corner of the Oval: A Memoir by Beck Dorey-Stein

In 2012, Beck Dorey-Stein is working five part-time jobs and just scraping by when a posting on Craigslist lands her, improbably, in the Oval Office as one of Barack Obama’s stenographers. The ultimate D.C. outsider, she joins the elite team who accompany the president wherever he goes, recorder and mic in hand.

As she learns to navigate White House protocols and more than once runs afoul of the hierarchy, Beck becomes romantically entangled with a consummate D.C. insider, and suddenly the political becomes all too personal.

Against the backdrop of glamour, drama, and intrigue, this is the story of a young woman making unlikely friendships, getting her heart broken, learning what truly matters, and, in the process, discovering her voice. 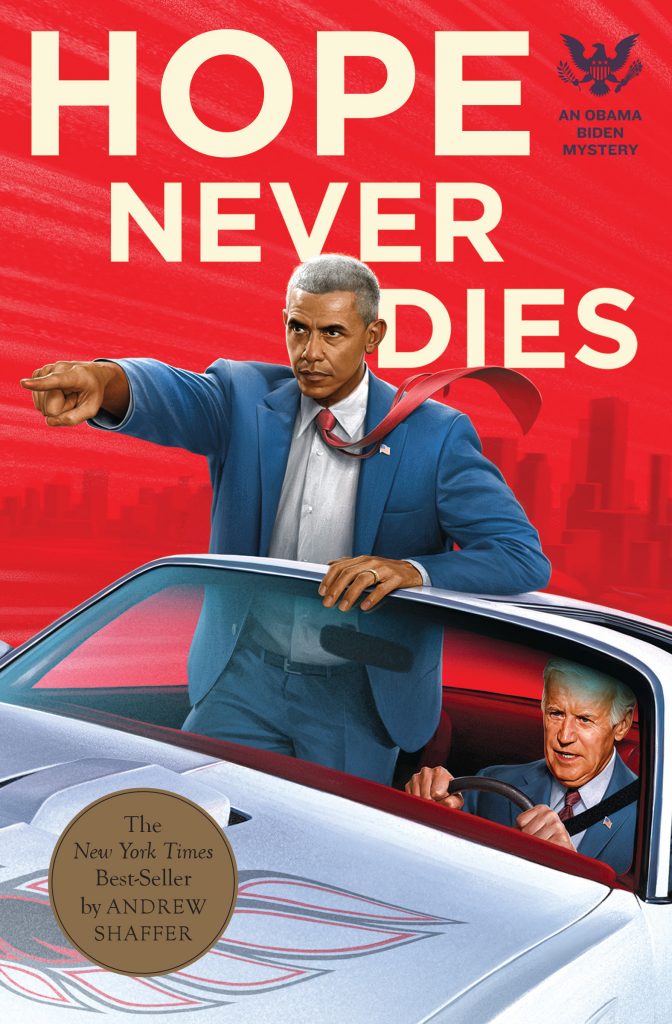 Vice President Joe Biden and President Barack Obama team up in this high-stakes thriller that combines a mystery worthy of Watson and Holmes with the laugh-out-loud bromantic chemistry of Lethal Weapon’s Murtaugh and Riggs.

Vice President Joe Biden is fresh out of the Obama White House and feeling adrift when his favorite railroad conductor dies in a suspicious accident, leaving behind an ailing wife and a trail of clues. To unravel the mystery, “Amtrak Joe” re-teams with the only man he’s ever fully trusted: the 44th president of the United States. Together they’ll plumb the darkest corners of Delaware, traveling from cheap motels to biker bars and beyond, as they uncover the sinister forces advancing America’s opioid epidemic.

Pumpkin Spice Up Your Life with Big Fall Fiction