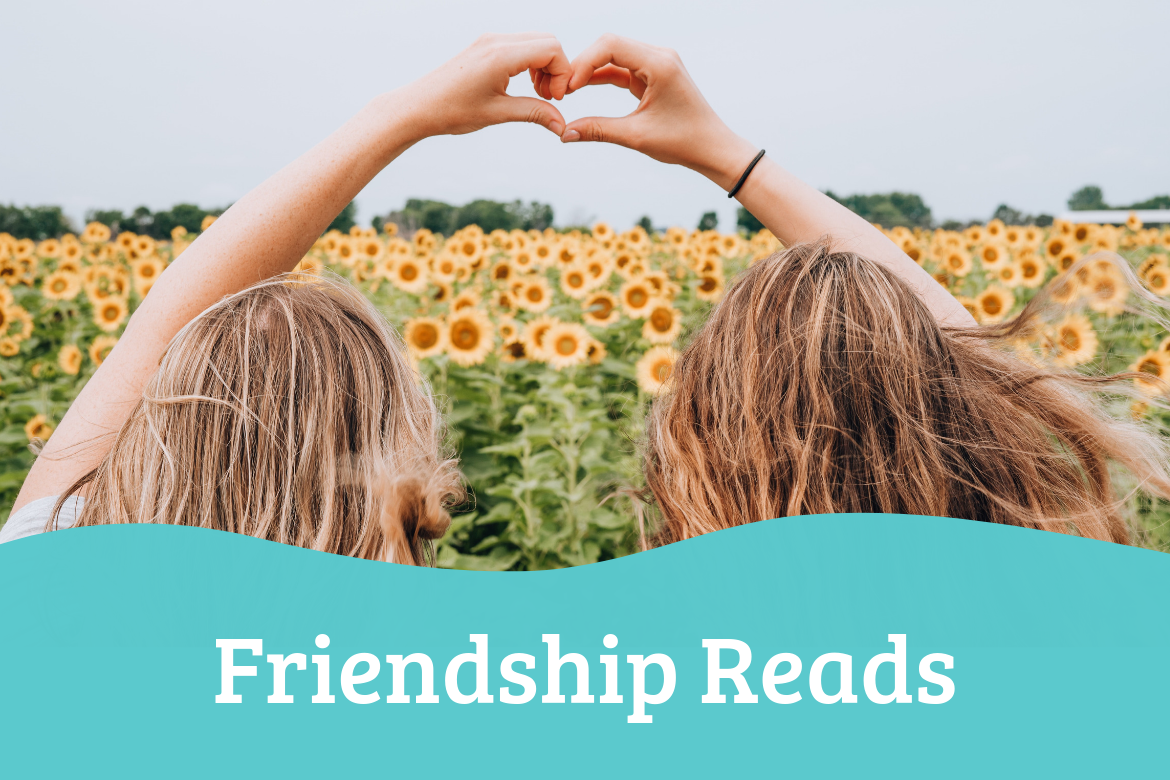 We’re celebrating 25 years of the hit TV show F.R.I.E.N.D.S with a list of reads that celebrate the power of friendship.

Plus, enter to win our F.R.I.E.N.D.S sweepstakes! 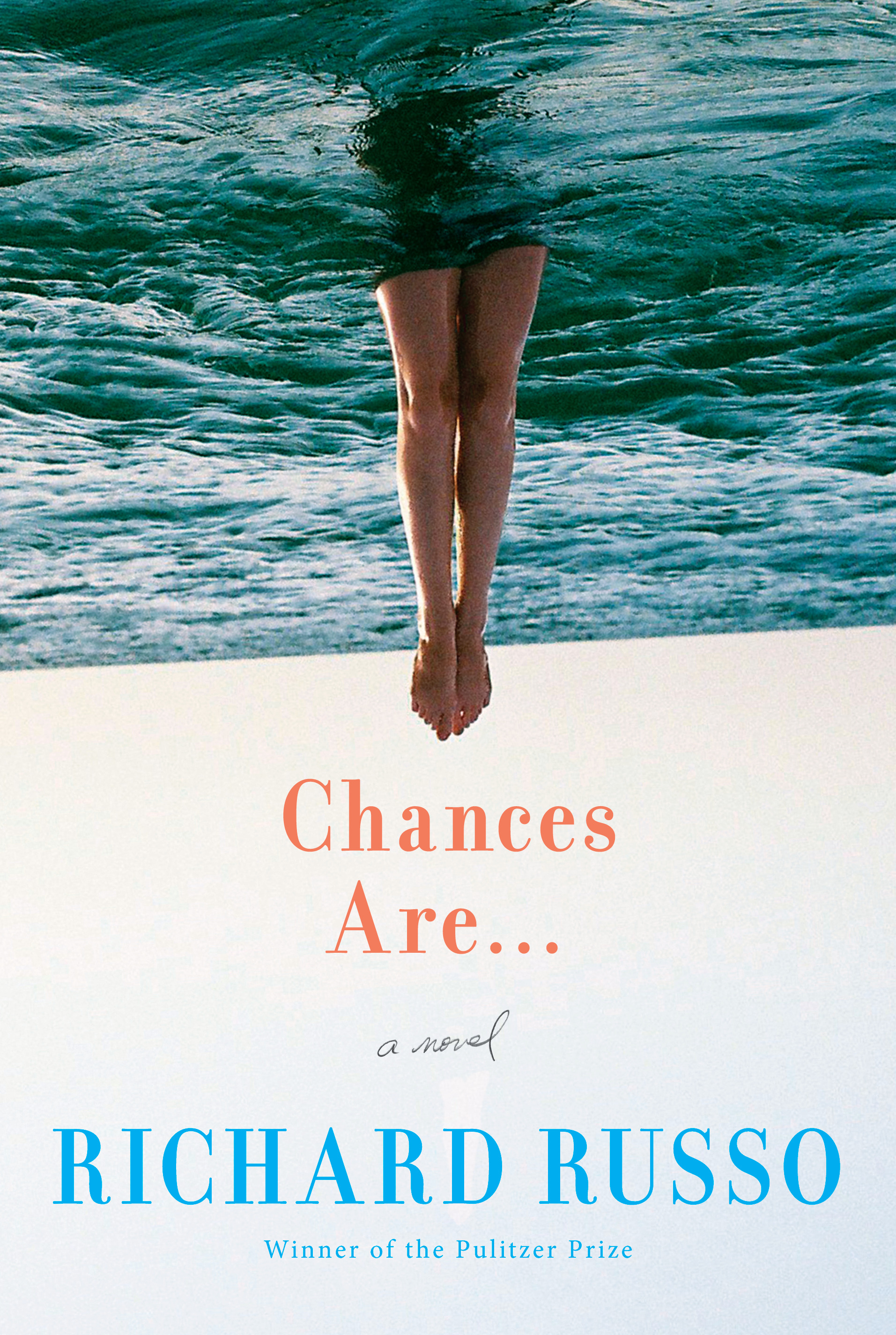 Chances Are . . . by Richard Russo

From the Pulitzer Prize-winning author of Empire Falls comes a new revelation: a riveting story about the abiding yet complex power of friendship.

One beautiful September day, three men convene on Martha’s Vineyard, friends ever since meeting in college circa the sixties. They couldn’t have been more different then, or even today–Lincoln’s a commercial real estate broker, Teddy a tiny-press publisher, and Mickey a musician beyond his rockin’ age. But each man holds his own secrets, in addition to the monumental mystery that none of them has ever stopped puzzling over since a Memorial Day weekend right here on the Vineyard in 1971: the disappearance of the woman each of them loved–Jacy Calloway. Now, more than forty years later, as this new weekend unfolds, three lives are displayed in their entirety while the distant past confounds the present like a relentless squall of surprise and discovery. Shot through with Russo’s trademark comedy and humanity, Chances Are . . . also introduces a new level of suspense and menace that will quicken the reader’s heartbeat throughout this absorbing saga of how friendship’s bonds are every bit as constricting and rewarding as those of family or any other community. 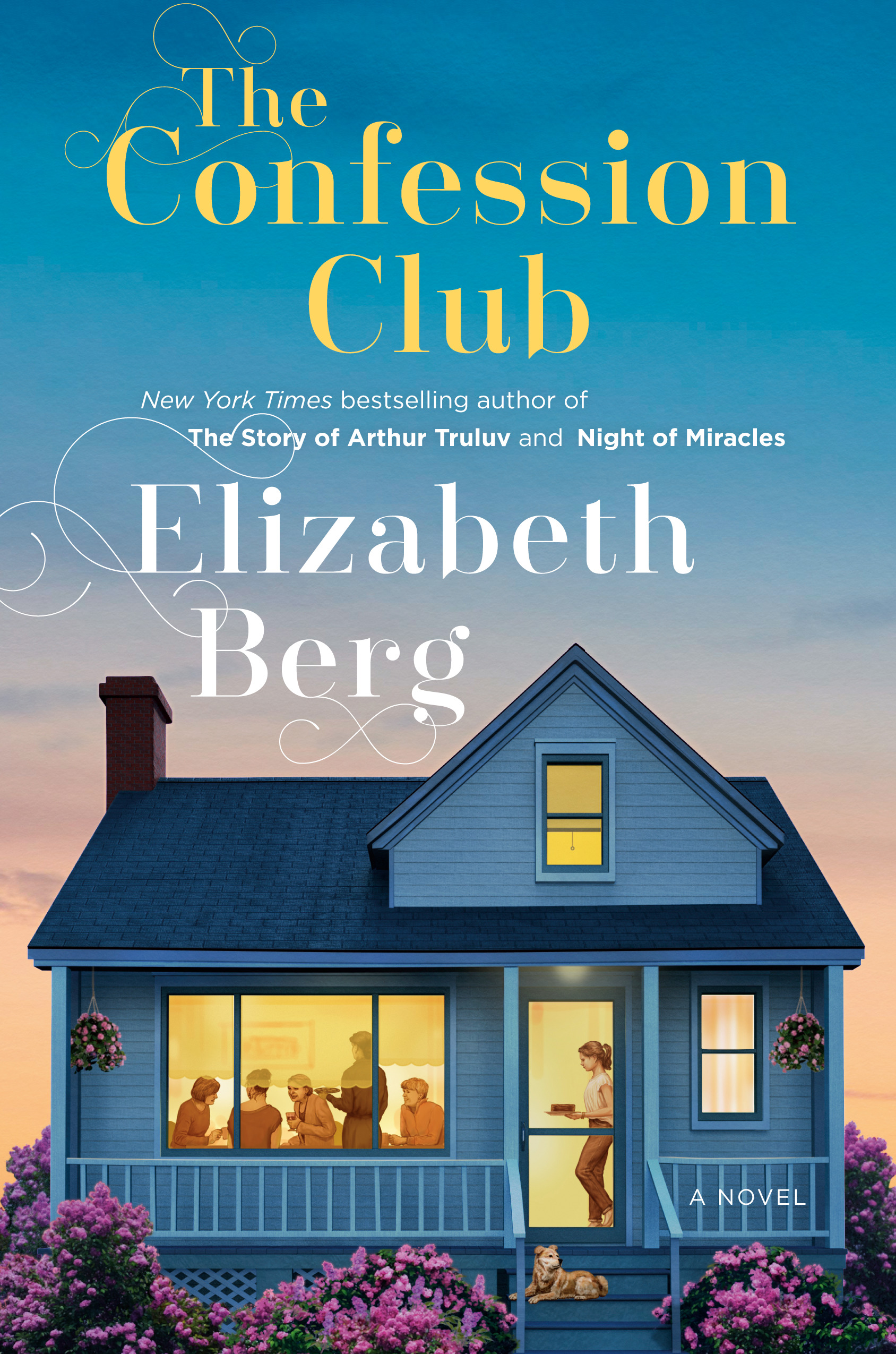 The Confession Club by Elizabeth Berg

In this uplifting novel from the New York Times bestselling author of The Story of Arthur Truluv, good friends discover that the things we fear revealing to others can be the very things that bring us closer together.

When a group of friends in Mason, Missouri, decide to start a monthly supper club, they get more than they bargained for. The plan for congenial evenings—talking, laughing, and sharing recipes, homemade food, and wine—abruptly changes course one night when one of the women reveals something startlingly intimate. The supper club then becomes Confession Club, and the women gather weekly to share not only dinners, but embarrassing misdeeds, deep insecurities, and long-held regrets.

They invite Iris Winters and Maddy Harris to join, and their timing couldn’t be better. Iris is conflicted about her feelings for a charming but troubled man, and Maddy has come back home from New York to escape a problem too big to handle alone. The club offers exactly the kind of support they need to help them make some difficult decisions. 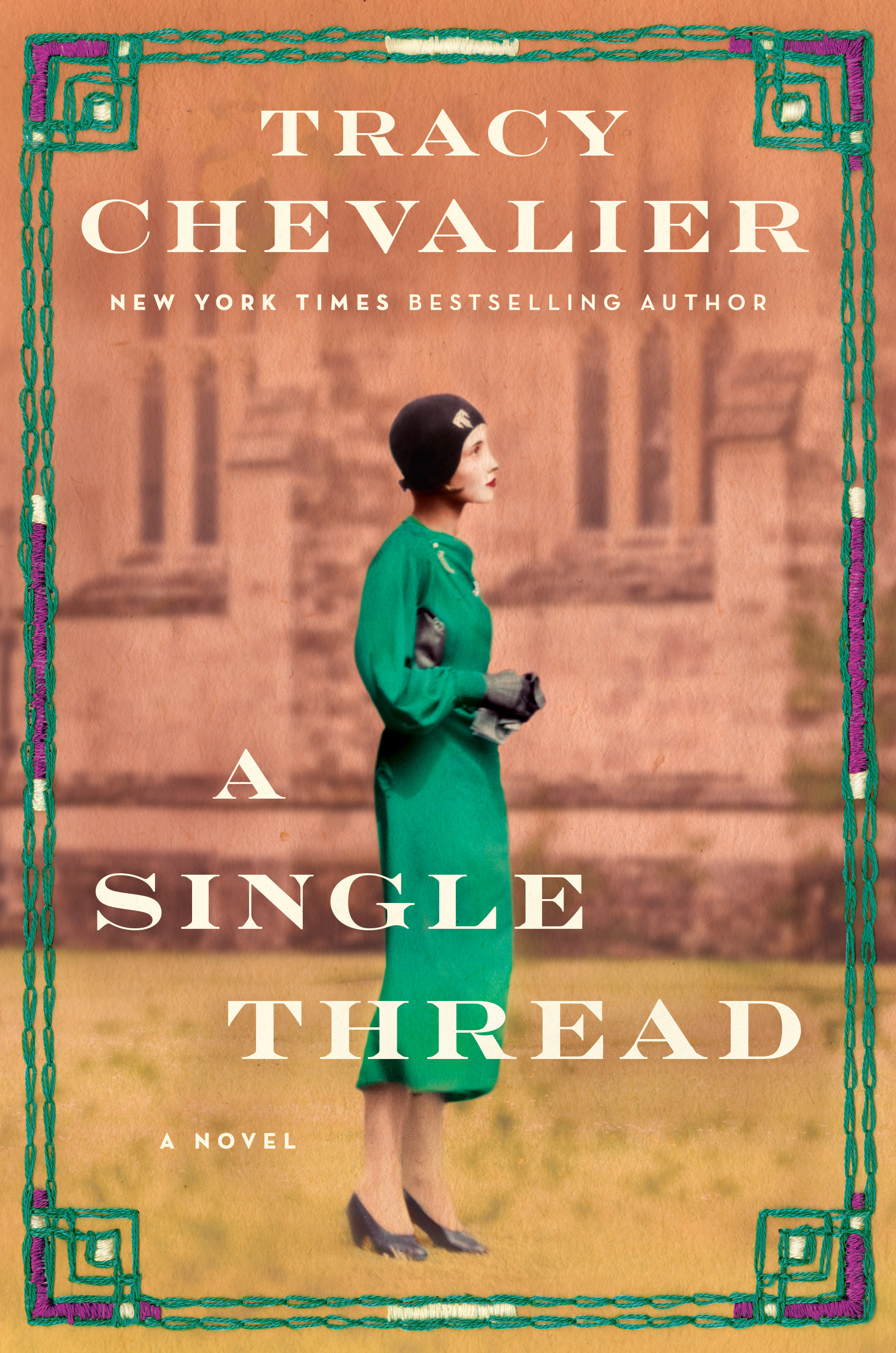 A Single Thread by Tracy Chevalier

An immersive, moving story of a woman coming into her own at the dawn of the Second World War, from internationally bestselling author Tracy Chevalier.

1932. After the Great War took both her beloved brother and her fiancé, Violet Speedwell has become a “surplus woman,” one of a generation doomed to a life of spinsterhood after the war killed so many young men. Yet Violet cannot reconcile herself to a life spent caring for her grieving, embittered mother. After countless meals of boiled eggs and dry toast, she saves enough to move out of her mother’s place and into the town of Winchester, home to one of England’s grandest cathedrals. There, Violet is drawn into a society of broderers–women who embroider kneelers for the Cathedral, carrying on a centuries-long tradition of bringing comfort to worshippers.

Violet finds support and community in the group, fulfillment in the work they create, and even a growing friendship with the vivacious Gilda. But when forces threaten her new independence and another war appears on the horizon, Violet must fight to put down roots in a place where women aren’t expected to grow. 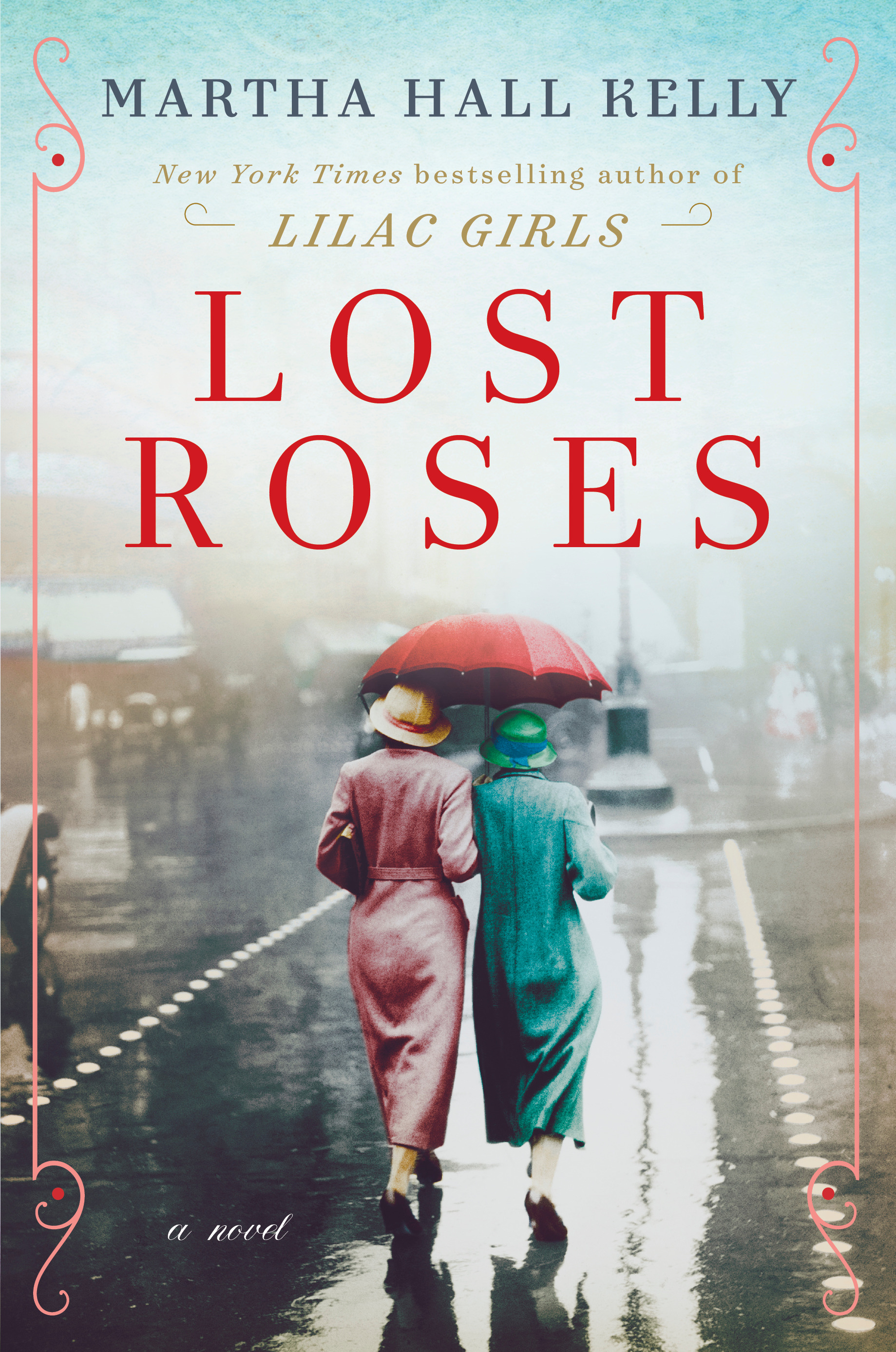 It is 1914, and the world has been on the brink of war so often, many New Yorkers treat the subject with only passing interest. Eliza Ferriday is thrilled to be traveling to St. Petersburg with Sofya Streshnayva, a cousin of the Romanovs. The two met years ago one summer in Paris and became close confidantes. Now Eliza embarks on the trip of a lifetime, home with Sofya to see the splendors of Russia: the church with the interior covered in jeweled mosaics, the Rembrandts at the tsar’s Winter Palace, the famous ballet.

But when Austria declares war on Serbia and Russia’s imperial dynasty begins to fall, Eliza escapes back to America, while Sofya and her family flee to their country estate. In need of domestic help, they hire the local fortune-teller’s daughter, Varinka, unknowingly bringing intense danger into their household.

On the other side of the Atlantic, Eliza is doing her part to help the White Russian families find safety as they escape the revolution. But when Sofya’s letters suddenly stop coming, she fears the worst for her best friend.

Click for a Book Club Kit, Book Trailer, and More. 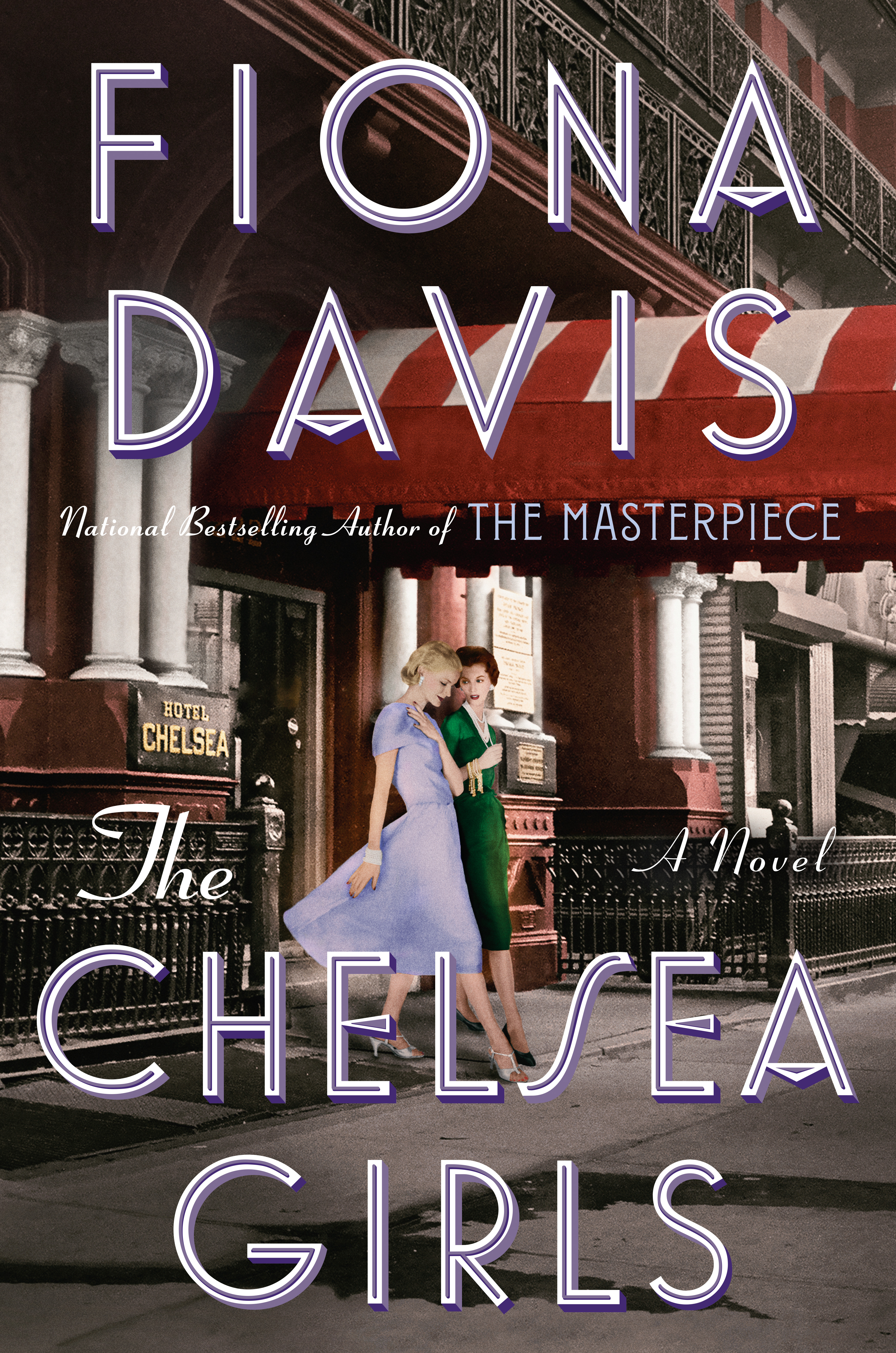 The Chelsea Girls by Fiona Davis

The bright lights of the theater district, the glamour and danger of 1950s New York, and the wild scene at the iconic Chelsea Hotel come together in a dazzling new novel about a twenty-year friendship that will irrevocably change two women’s lives—from the national bestselling author of The Dollhouse and The Address.

From the dramatic redbrick facade to the sweeping staircase dripping with art, the Chelsea Hotel has long been New York City’s creative oasis for the many artists, writers, musicians, actors, filmmakers, and poets who have called it home—a scene playwright Hazel Riley and actress Maxine Mead are determined to use to their advantage. Yet they soon discover that the greatest obstacle to putting up a show on Broadway has nothing to do with their art, and everything to do with politics. A Red scare is sweeping across America, and Senator Joseph McCarthy has started a witch hunt for Communists, with those in the entertainment industry in the crosshairs. As the pressure builds to name names, it is more than Hazel and Maxine’s Broadway dreams that may suffer as they grapple with the terrible consequences, but also their livelihood, their friendship, and even their freedom.

Click for a Book Club Kit, Author Q&A, and More.

Listen to a Clip of the Audiobook. 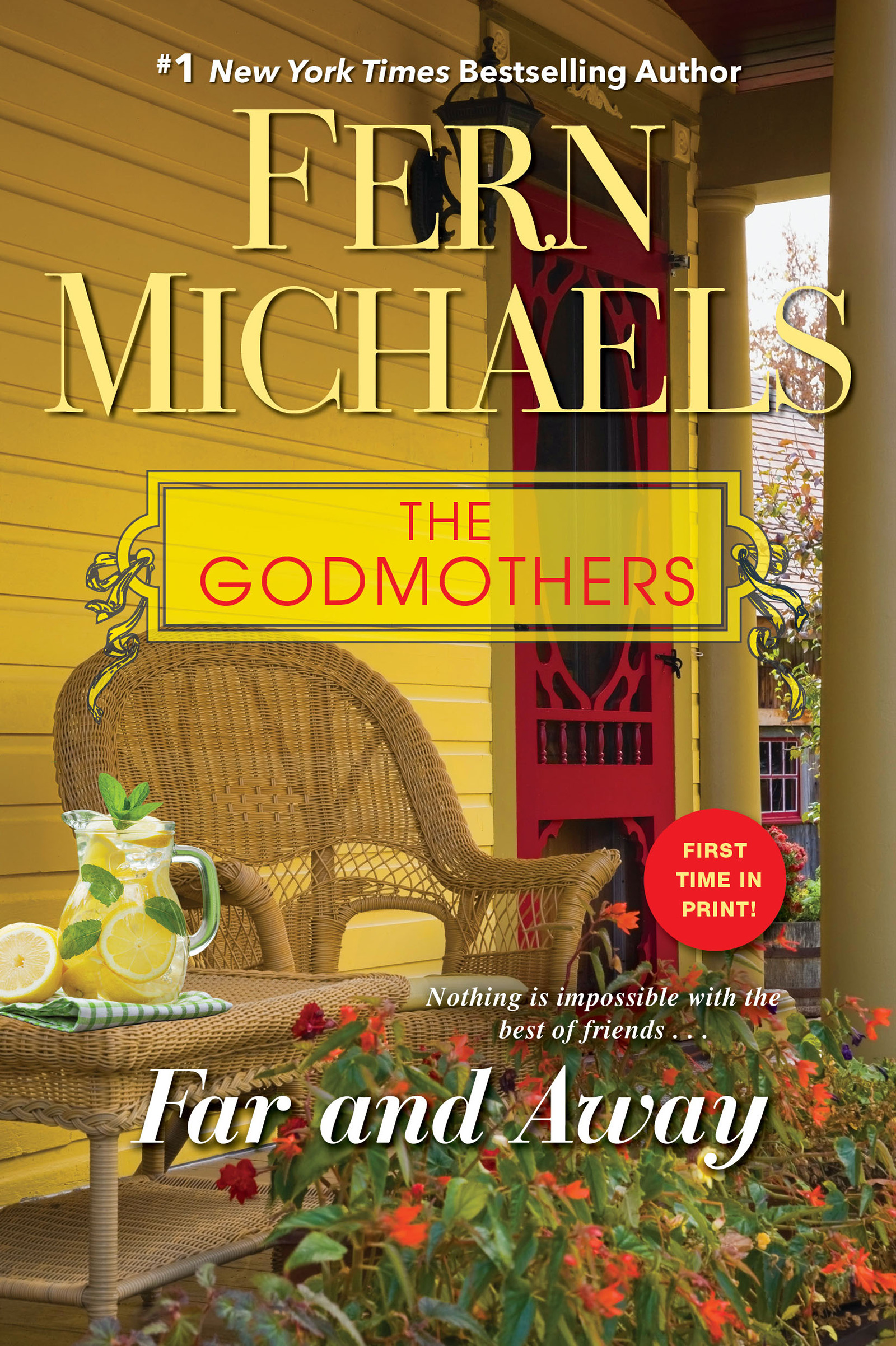 Far and Away by Fern Michaels

Old friends reunite for an adventure unlike any they’ve faced before in the latest novel by beloved storyteller and #1 New York Times bestselling author Fern Michaels.

As Sophie De Luca has learned, many things really are better the second time around, whether that’s a wonderful year of marriage with Goebel, her sweet second husband, or strengthening her bonds with childhood friends Toots, Ida, and Mavis.

Yet ever since she and Goebel moved into their new home, Sophie has sensed something a little . . . unusual. Old houses often contain items left behind from previous owners, but what remains in this case is a painful secret. Facing this past presents a special kind of challenge, but with her three extraordinary friends by her side, Sophie is ready to confront a terrible wrong that occurred within the house decades ago. And, just maybe, each of the lifelong friends will get the chance to claim a sweet, surprising future chiming with wedding bells when the task is done. 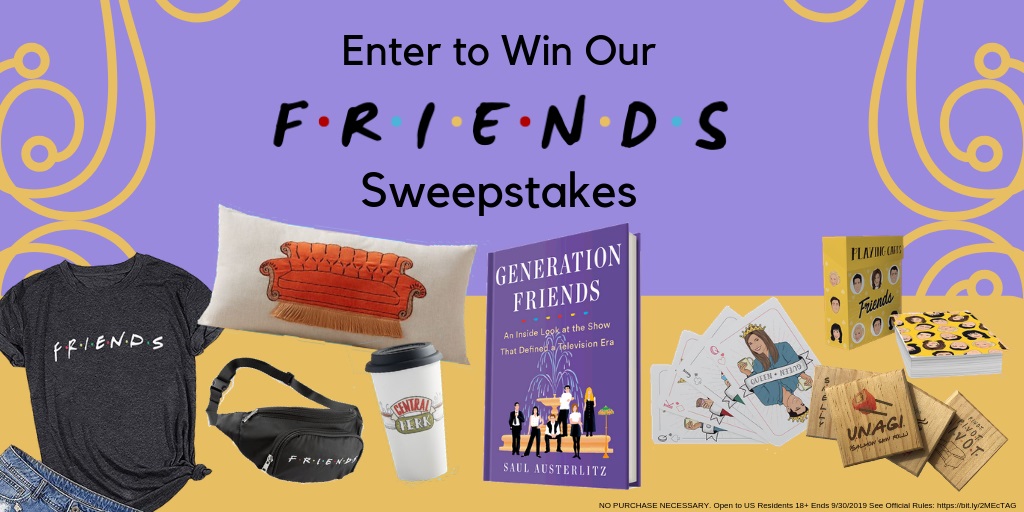 The One With the Giveaway: Enter to Win Our F.R.I.E.N.D.S 25th Anniversary Sweepstakes!