Reads to Honor Our Veterans 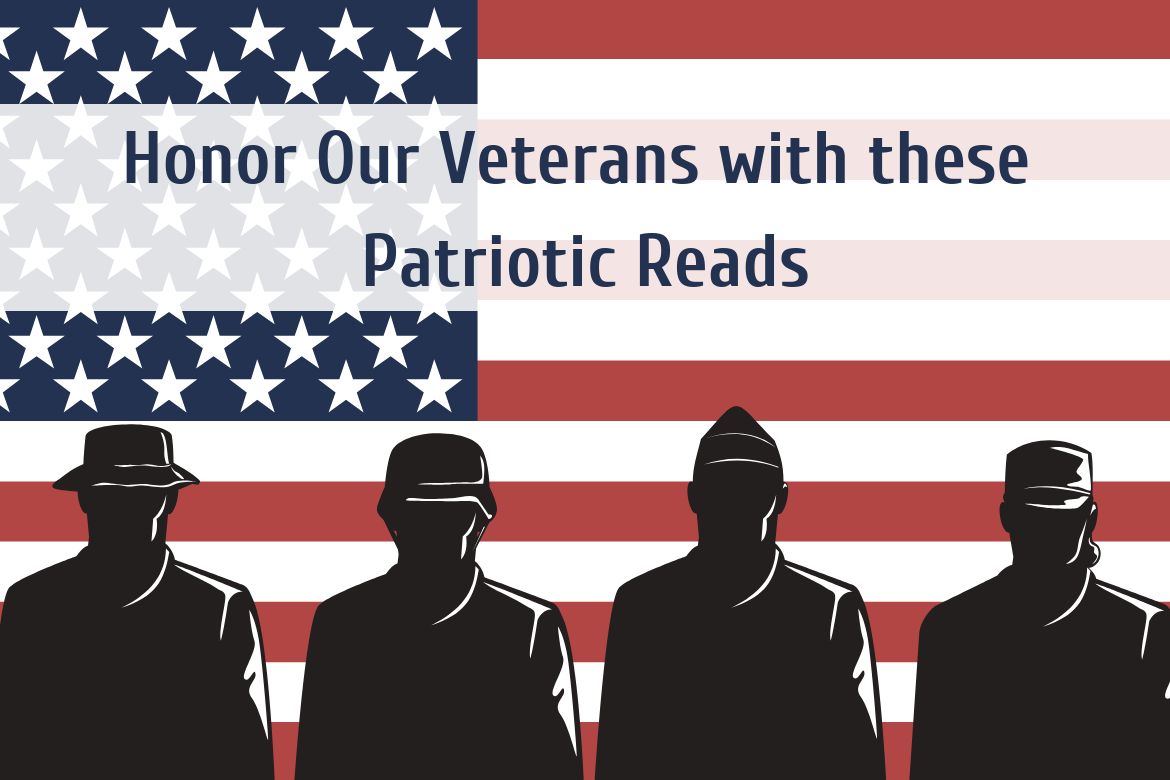 In honor of Veterans Day, we’ve curated a collection of books that depict the heroic acts of our soldiers in times of war. Take a moment to read any or all of these titles and thank all of our veterans for their service! 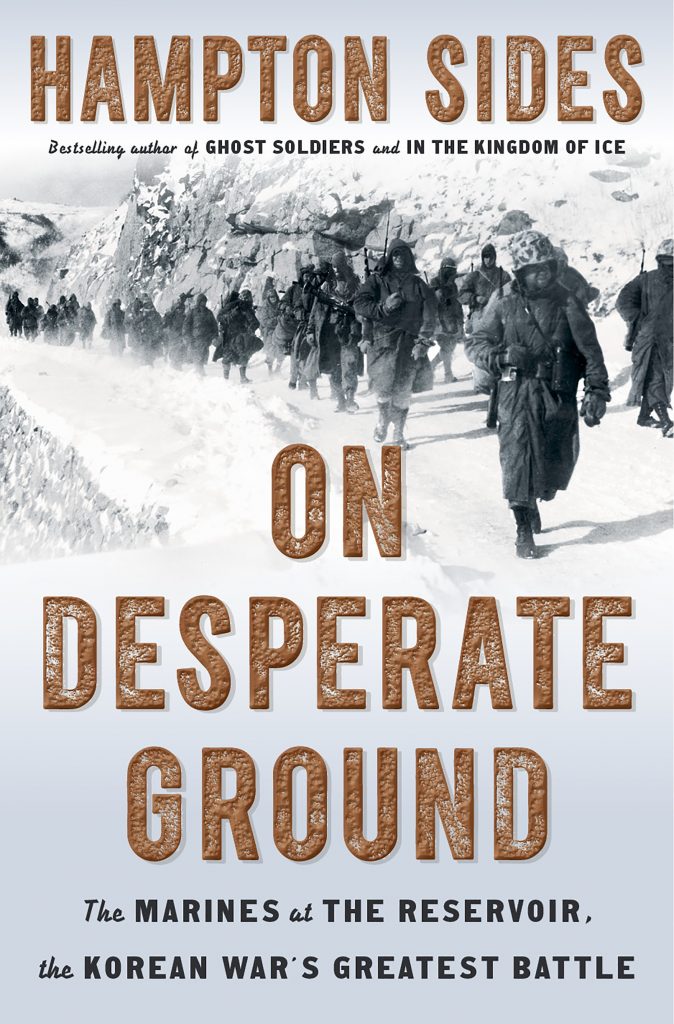 On Desperate Ground: The Marines at the Reservoir, the Korean War’s Greatest Battle by Hampton Sides

From the New York Times bestselling author of Ghost Soldiers and In the Kingdom of Ice, a chronicle of the extraordinary feats of heroism by Marines called on to do the impossible during the greatest battle of the Korean War.

On October 15, 1950, General Douglas MacArthur, Supreme Commander of UN troops in Korea, convinced President Harry Truman that the Communist forces of Kim Il-sung would be utterly defeated by Thanksgiving. The Chinese, he said with near certainty, would not intervene in the war.

As he was speaking, 300,000 Red Chinese soldiers began secretly crossing the Manchurian border. Led by some 20,000 men of the First Marine Division, the Americans moved deep into the snowy mountains of North Korea, toward the trap Mao had set for the vainglorious MacArthur along the frozen shores of the Chosin Reservoir. What followed was one of the most heroic—and harrowing—operations in American military history, and one of the classic battles of all time.

“Superb . . . A masterpiece of thorough research, deft pacing and arresting detail . . . This war story — the fight to break out of a frozen hell near the Chosin Reservoir — has been told many times before. But Sides tells it exceedingly well, with fresh research, gritty scenes and cinematic sweep.”—The Washington Post 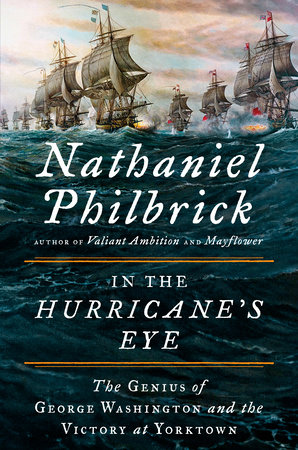 In the Hurricane’s Eye: The Genius of George Washington and the Victory at Yorktown by Nathanial Philbrick

The thrilling story of the year that won the Revolutionary War from the New York Times bestselling author of In the Heart of the Sea and Valiant Ambition.

In the fall of 1780, after five frustrating years of war, George Washington had come to realize that the only way to defeat the British Empire was with the help of the French navy. But as he had learned after two years of trying, coordinating his army’s movements with those of a fleet of warships based thousands of miles away was next to impossible. And then, on September 5, 1781, the impossible happened. Recognized today as one of the most important naval engagements in the history of the world, the Battle of the Chesapeake—fought without a single American ship—made the subsequent victory of the Americans at Yorktown a virtual inevitability.

In a narrative that moves from Washington’s headquarters on the Hudson River, to the wooded hillside in North Carolina where Nathanael Greene fought Lord Cornwallis to a vicious draw, to Lafayette’s brilliant series of maneuvers across Tidewater Virginia, Philbrick details the epic and suspenseful year through to its triumphant conclusion. 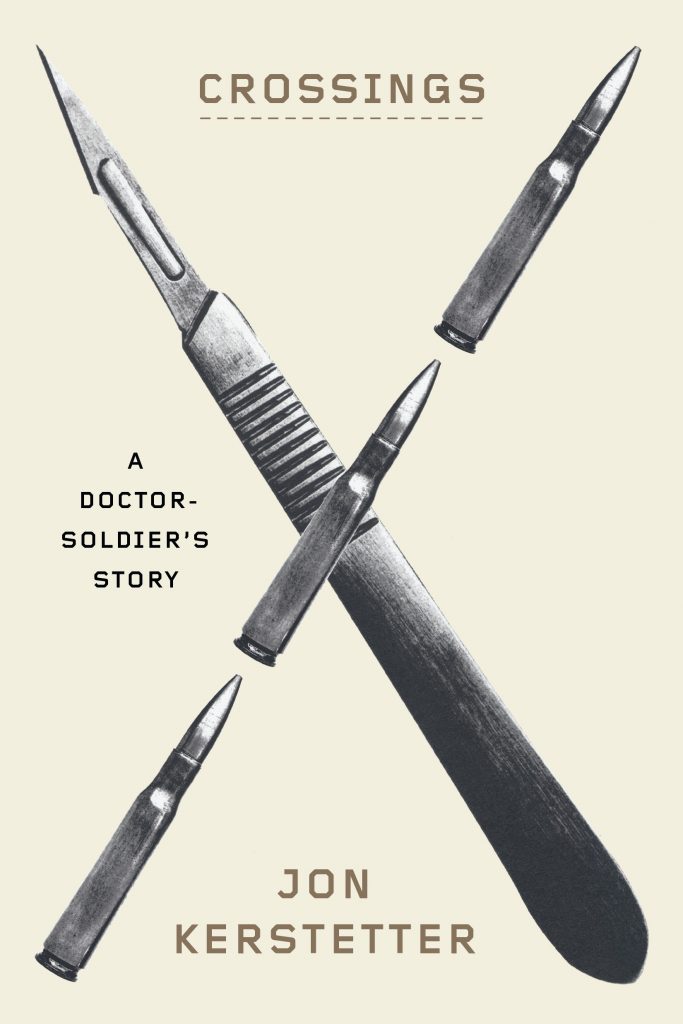 A memoir of an improbable, powerfully drawn life, about a trained emergency physician, whose thirst for intensity led him to volunteer in war-torn Rwanda, Kosovo, and Bosnia, and to join the Army National Guard.

Every juncture in Jon Kerstetter’s life has been marked by a crossing from one world into another: from civilian to doctor to soldier; between healing and waging war; and between compassion and hatred of the enemy. When an injury led to a stroke that ended his careers as a doctor and a soldier, he faced the most difficult crossing of all, a recovery that proved as shattering as war itself.

The stroke he suffered upon returning from Iraq led to serious cognitive and physical disabilities. His years-long recovery, impeded by near-unbearable pain and complicated by PTSD, meant overcoming the perceived limits of his body and mind and reimagining his own capacity for renewal and change. It led him not only to writing as a vocation but to a deeper understanding of how healing means accepting a new identity, and how that acceptance must be fought for with as much tenacity as any battlefield victory. 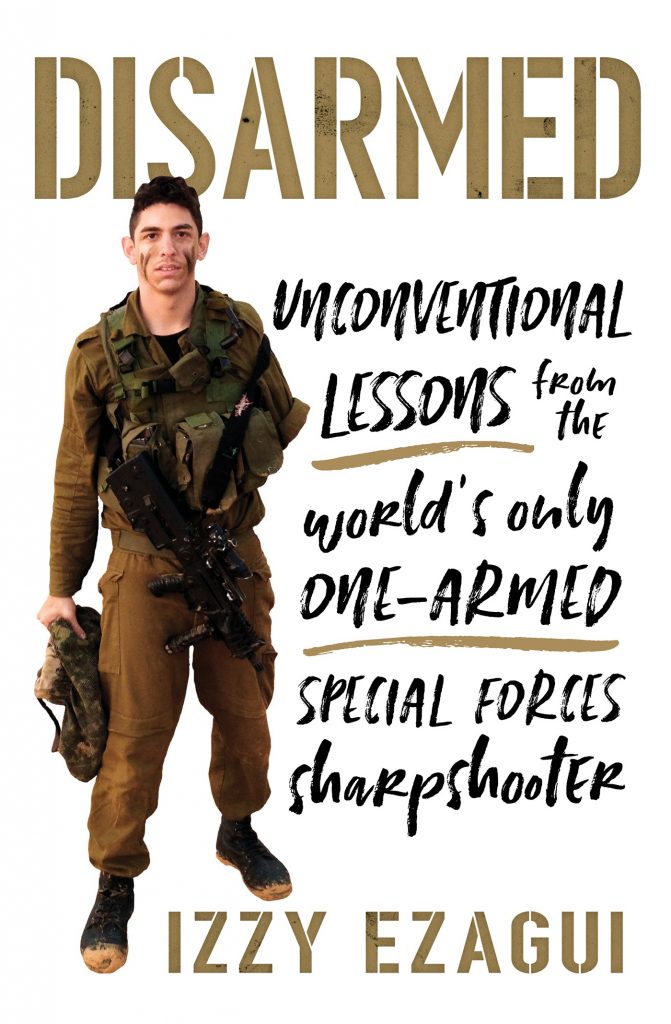 The inspiring story of a young American who volunteered to fight in the Israel Defense Forces, lost his arm in combat, and then returned to the battlefield.

On January 8, 2009, Izzy Ezagui—an American who had enlisted in the Israel Defense Forces (IDF) at nineteen—lost his arm in a mortar attack on the border of the Gaza Strip. In this stirring and wryly humorous memoir, Izzy recounts his tortuous trek through rehabilitation to re-enlistment as a squad commander in the IDF. He became the world’s only one-armed Special Forces sharpshooter.

In the midst of disaster, Izzy discovered a deep well at his core, from which he could draw strength. Through his motivational speeches across the world, and now through this book, he encourages people to seek their own power, and to face whatever adversity life throws at them. 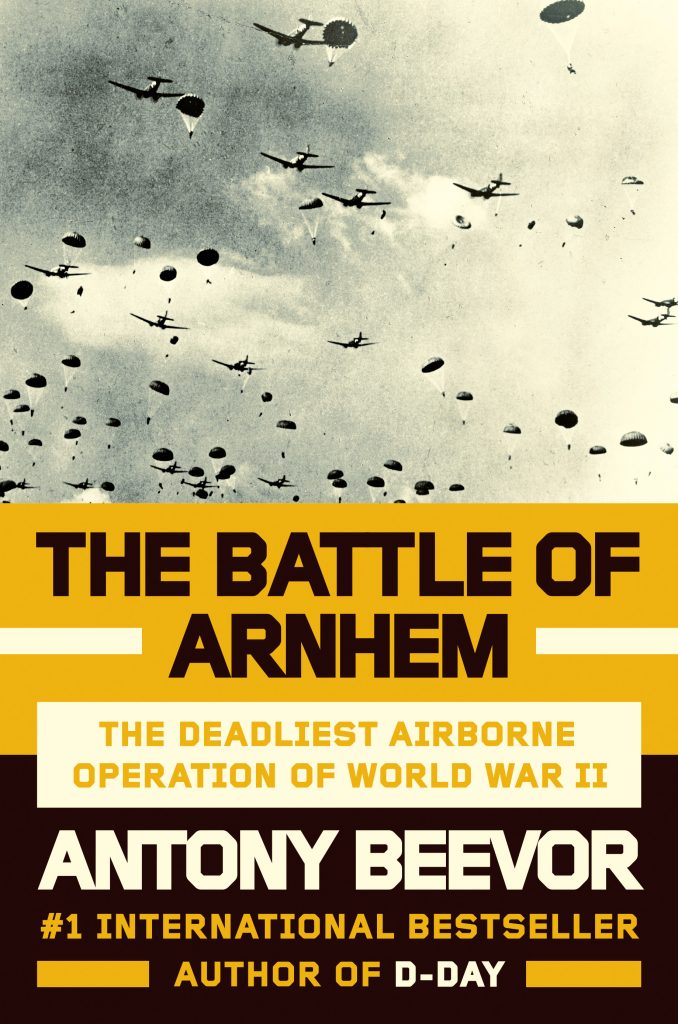 The Battle of Arnhem: The Deadliest Airborne Operation of World War II by Antony Beevor

The prizewinning historian and internationally bestselling author of D-Day reconstructs the devastating airborne battle of Arnhem in this gripping new account.

Operation Market Garden, the plan to end the war by capturing the bridges leading to the Lower Rhine and beyond, was a bold concept, but could it have ever worked? The cost of failure was horrendous, above all for the Dutch who risked everything to help. German reprisals were pitiless and cruel, and lasted until the end of the war.

Antony Beevor, using often overlooked sources from Dutch, American, British, Polish, and German archives, has reconstructed the terrible reality of the fighting, which General Student called “The Last German Victory.” Yet The Battle of Arnhem, written with Beevor’s inimitable style and gripping narrative, is about much more than a single dramatic battle—it looks into the very heart of war. 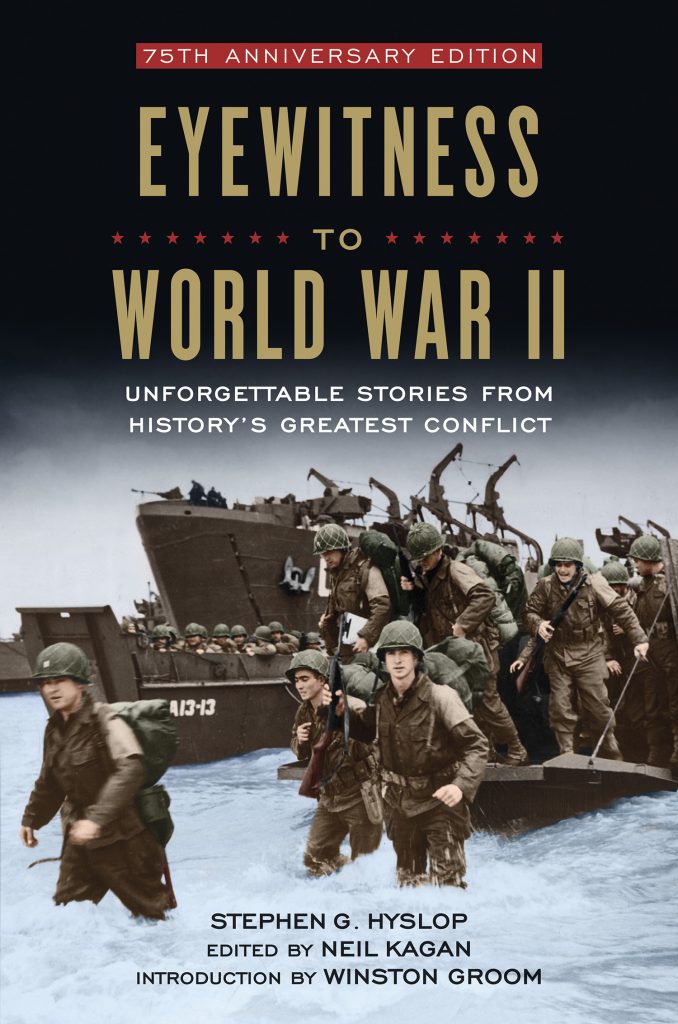 The unforgettable story of World War II is told through the words of those who lived it—both on the battlefield and the home front—creating a dramatic tapestry of the wartime experience. Personal writings and recollections of Roosevelt, Hitler, and Patton, as well as letters composed by soldiers at battle and diaries of women serving in the military at home, present an absorbing narrative that tells the entire history of the war from several perspectives. In this absorbing reader’s edition, a carefully curated selection of memorable, significant photographs and illuminating maps from the 2012 book accompanies the revised text.

For Our Wartime Leaders: 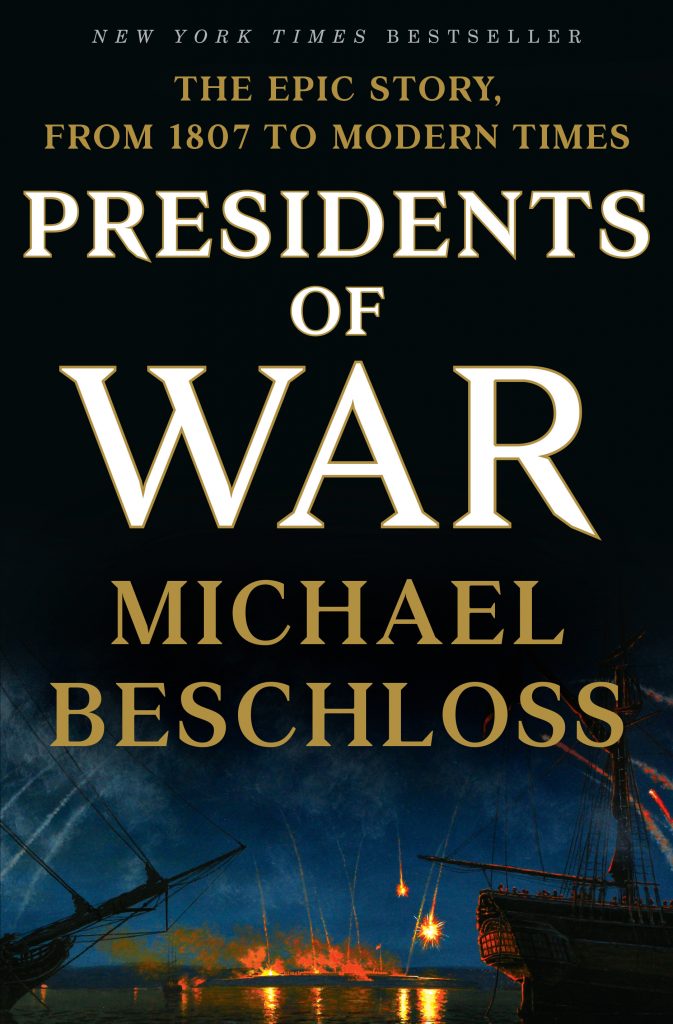 Presidents of War by Michael Beschloss

From a preeminent presidential historian comes a groundbreaking, magisterial, intimate look at a procession of American leaders as they took the nation into conflict and mobilized their country for victory.

From James Madison and the War of 1812 to recent times, we see them struggling with Congress, the courts, the press, their own advisors and antiwar protesters; seeking comfort from their spouses, families and friends; and dropping to their knees in prayer. We come to understand how these Presidents were able to withstand the pressures of war—both physically and emotionally—or were broken by them.

Beschloss’s interviews with surviving participants in the drama and his findings in original letters, diaries, once-classified national security documents, and other sources help him to tell this story in a way it has not been told before. Presidents of War combines the sense of being there with the overarching context of two centuries of American history. 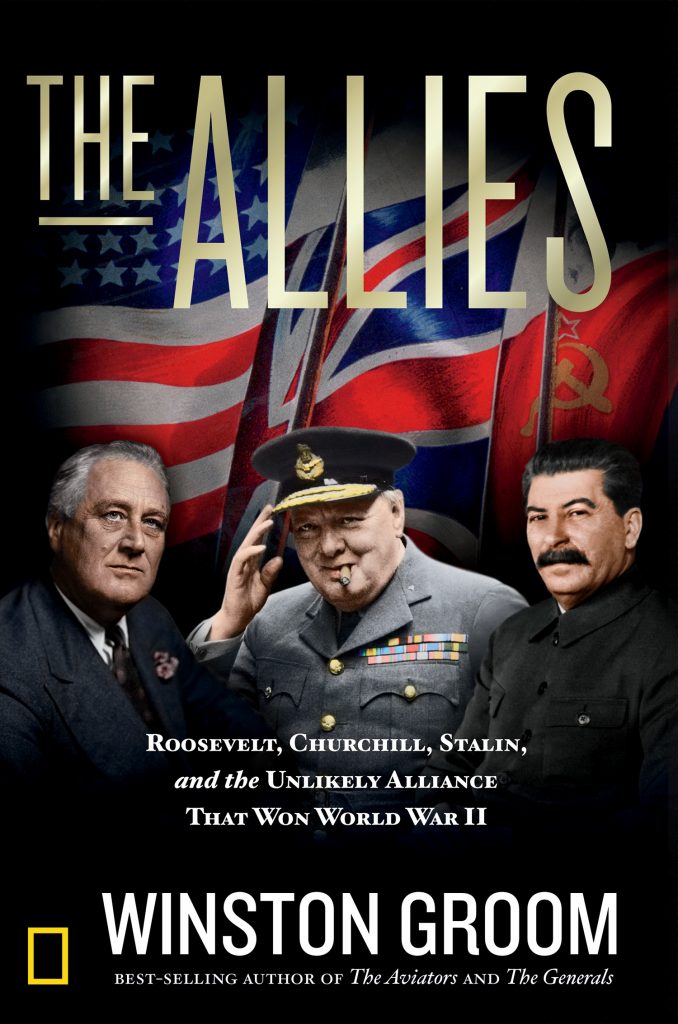 By the end of World War II, 59 nations were arrayed against the axis powers, but three great Allied leaders—Franklin Roosevelt, Winston Churchill, and Joseph Stalin—had emerged to control the war in Europe and the Pacific. Vastly different in upbringing and political beliefs, they were not always in agreement–or even on good terms. But, often led by Churchill’s enduring spirit, in the end these three men changed the course of history. Using the remarkable letters between the three world leaders, enriching narrative details of their personal lives, and riveting tales of battles won and lost, best-selling historian Winston Groom returns to share one of the biggest stories of the 20th century: The interwoven and remarkable tale, and a fascinating study of leadership styles, of three world leaders who fought the largest war in history. 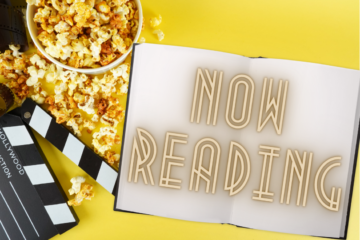 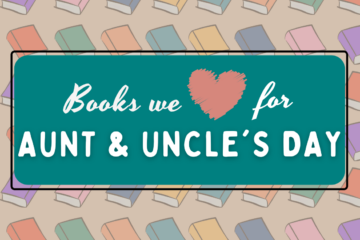 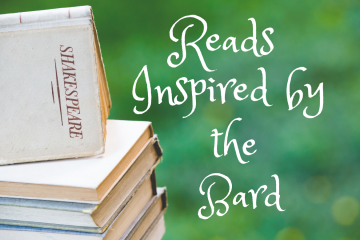