Romance Titles That Will Make You Swoon 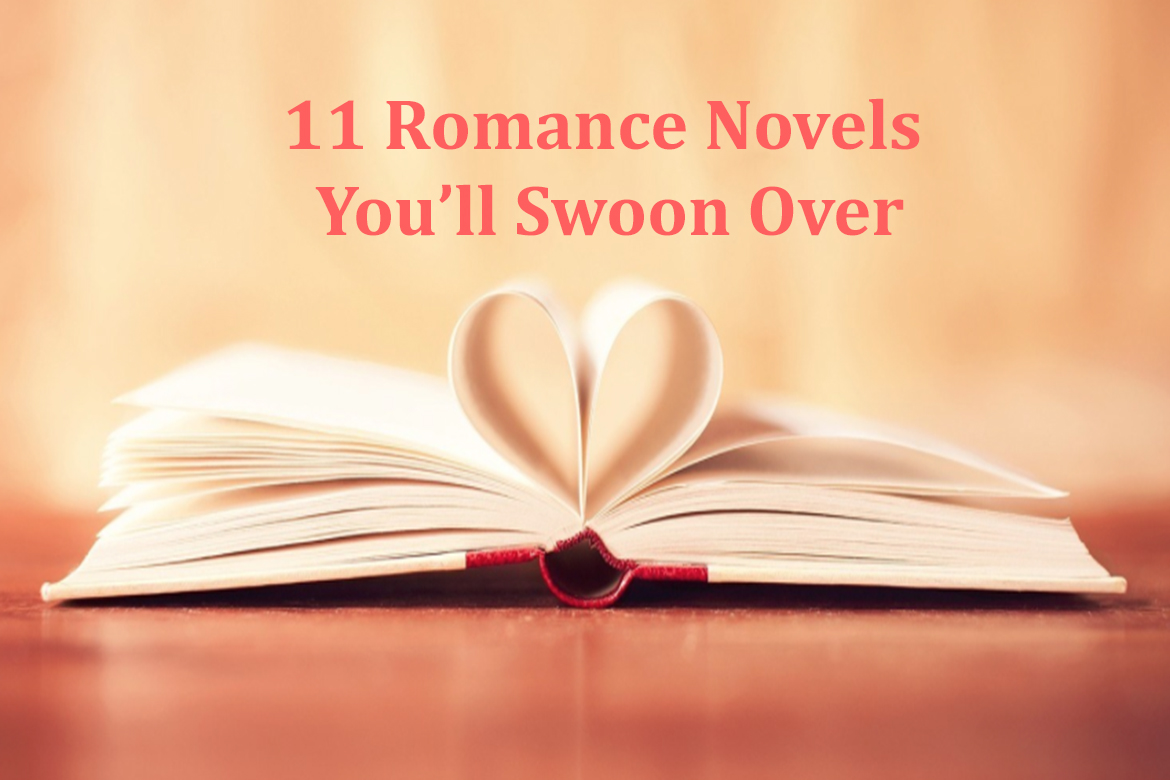 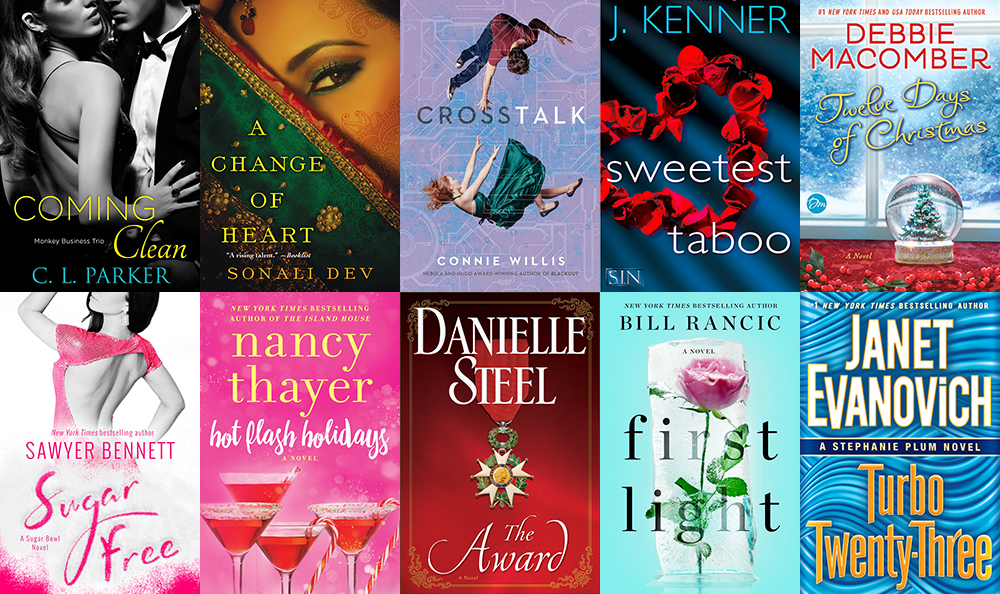 Love is in the air! From contemporary romance to women’s fiction to upcoming titles by bestselling authors, the titles we’re featuring examine love and romance in all forms.

Coming Clean by C.L. Parker
They have been rivals who fought until the bitter end and lovers who know every sensual inch of each other’s bodies. Now sports agents Cassidy Whalen and Shaw Matthews are about to become the one thing they never expected to be: parents. In steamy assignations in strange places, she and Shaw live out their most intimate desires—and reveal their deepest secrets. But as Shaw works overtime to sign a superstar athlete, a corporate reshuffling could be a game-changer. Can Cassidy and Shaw save their relationship and have it all—a career, family, and passion that never quits?

A Change of Heart by Sonali Dev
Dr. Nikhil “Nic” Joshi had it all—marriage, career, purpose. Until, while working for Doctors Without Borders in a Mumbai slum, his wife, Jen, discovered a black market organ transplant ring. Before she could expose the truth, Jen was killed. Jess, the woman who claims she received Jen’s heart transplant, has a message for him. Jess needs to uncover the secrets Jen risked everything for; but the unforeseen bond that results between her and Nic is both a lifeline and a perilous complication.

Crosstalk by Connie Willis
Science fiction icon Connie Willis brilliantly mixes a speculative plot, the wit of Nora Ephron, and the comedic flair of P. G. Wodehouse in Crosstalk—a genre-bending novel that pushes social media, smartphone technology, and twenty-four-hour availability to hilarious and chilling extremes as one young woman abruptly finds herself with way more connectivity than she ever desired.

Sweetest Taboo by J. Kenner
Everyone has their own ideas about Dallas Sykes: He’s a reckless billionaire, a devilish playboy, a man who gets whatever he wants the minute he wants it. But I know the real Dallas behind the money, bravado, and power—and he’s completely, blissfully mine. We carefully guarded our secrets, and in each other’s arms we sought refuge from our dark past. Our pain became our pleasure, our control within the chaos. But we could only hide from the truth for so long. Now we’ve let loose our inhibitions and are ready to face the future. And no matter what people think or say, coming clean is its own sweet reward.

Twelve Days of Christmas by Debbie Macomber
Friendly and bubbly, Julia Padden likes nearly everyone, but her standoffish neighbor, Cain Maddox, presents a particular challenge. No matter how hard she’s tried to be nice, Cain rudely rebuffs her at every turn, preferring to keep to himself. Julia is determined to break through Cain’s Scrooge-like exterior the only way she knows how: by killing him with kindness. To track her progress, Julia starts a blog called The Twelve Days of Christmas. Julie’s blog becomes an online sensation, as an astonishing number of people start following her adventures. Unbelievably, Julia feels herself falling for Cain—and she suspects that he may be falling for her as well. Now Julia must decide if telling Cain the truth about having chronicled their relationship to the rest of the world is worth risking their chance at love.

Sugar Free by Sawyer Bennett
For years Sela Halstead dreamed of revenge, but the quest for payback has been anything but sweet. Now, once again, she finds herself at the mercy of Jonathon Townsend, his hands crushing the very breath from her body. And even though she escapes with her life, Sela fears she may never recover. In desperate need of shelter and comfort, she runs to the one man she can trust. Beckett North has stood by Sela since the beginning. But can he handle the brutal truth?

Hot Flash Holidays by Nancy Thayer
The women of The Hot Flash Club are back for the holidays. After a hazardous holiday season, the women make resolutions that they intend to keep. But life gets in the way. Shirley lends financial support to her boyfriend’s schemes, which infuriates Alice, whose own son commits an act she’s not sure she can accept. Marilyn travels to Scotland and falls in love, but her octogenarian mother needs her at home. And when Polly and Faye find themselves pitted against each other by a younger woman, can they overcome this clash to make a new, entrepreneurial dream come true? Then real disaster strikes, bringing new challenges and surprising revelations.

The Award by Danielle Steel
Capturing historical events, terrifying moments of danger, tragedy, the price of war, and the invincible spirit of a woman of honor, The Award is a monumental tale from one of our most gifted storytellers—Danielle Steel’s finest, most emotionally resonant novel yet.

First Light by Bill Rancic
Set amid the deep, wild woods of the Yukon, First Light tells the story of Daniel Albrecht and Kerry Egan, young lovers leaving a work trip in Alaska to plan their wedding back home in Chicago. Not long into their trip, both engines of their plane catch fire and send them careening into a mountainside in the middle of a terrible snowstorm. Kerry is seriously injured in the accident, and it soon becomes clear that search-and-rescue teams aren’t going to find the survivors in time to save her. Daniel—the one person with survival experience amid the passengers—makes the courageous decision to find help and bring it back to the rest of the passengers, hoping against hope he might save the woman he loves.

Turbo Twenty-Three by Janet Evanovich
Larry Virgil skipped out on his latest court date after he was arrested for hijacking an eighteen-wheeler full of premium bourbon. Fortunately for bounty hunter Stephanie Plum, Larry is just stupid enough to attempt almost the exact same crime again. Only this time he flees the scene, leaving behind a freezer truck loaded with Bogart ice cream and a dead body—frozen solid and covered in chocolate and chopped pecans. As fate would have it, Stephanie’s mentor and occasional employer, Ranger, needs her to go undercover at the Bogart factory to find out who’s putting their employees on ice and sabotaging the business. It’s going to be hard for Stephanie to keep her hands off all that ice cream, and even harder for her to keep her hands off Ranger. 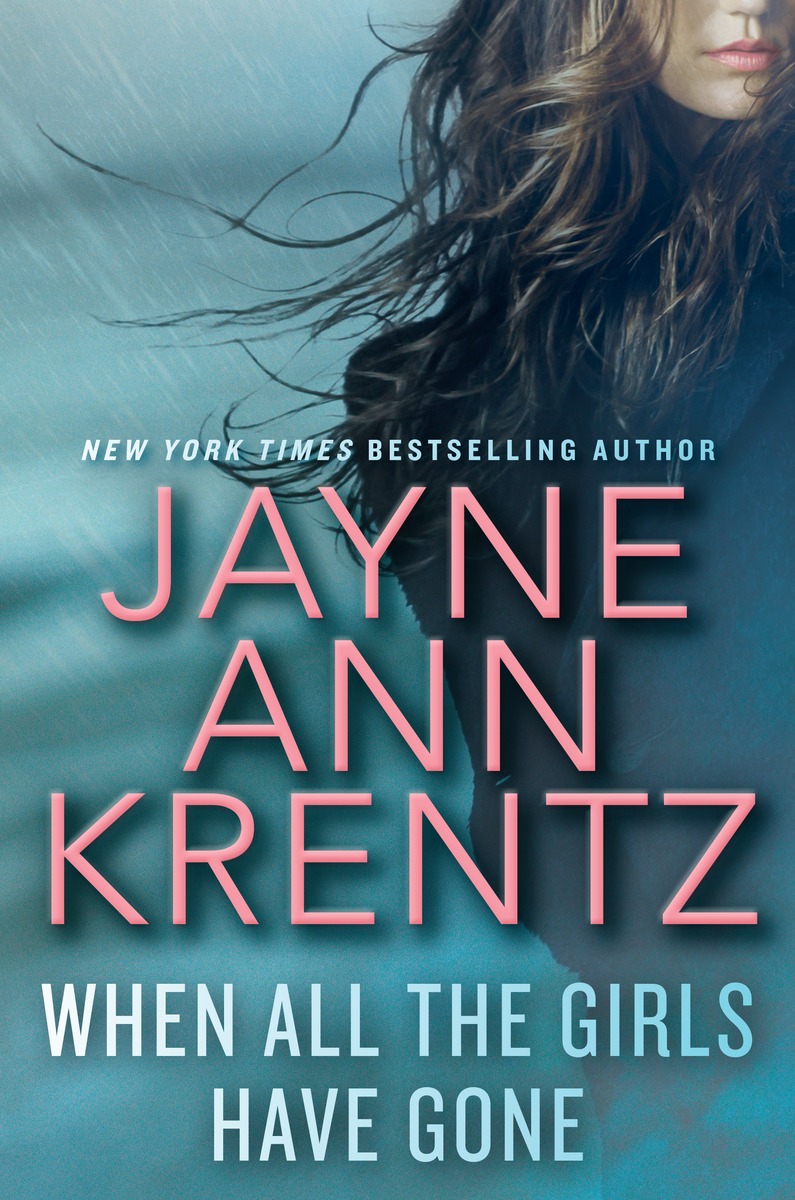 Don’t miss the newest romance from Jayne Ann Krentz, When All the Girls Have Gone and an exclusive video from Krentz for our beloved librarians!

When Charlotte Sawyer is unable to contact her stepsister, Jocelyn, to tell her that one of her closest friends was found dead, she discovers that Jocelyn has vanished. In a desperate effort to find her, Charlotte joins forces with Max Cutler, a struggling PI who recently moved to Seattle after his previous career as a criminal profiler went down in flames—literally. Burned out, divorced and almost broke, Max needs the job. When her uneasy alliance with Max turns into a full-blown affair, Charlotte has no choice but to trust him with her life. For the shadows of Jocelyn’s past are threatening to consume her—and anyone else who gets in their way…

9 Books You Want to Read—Now Out in Paperback