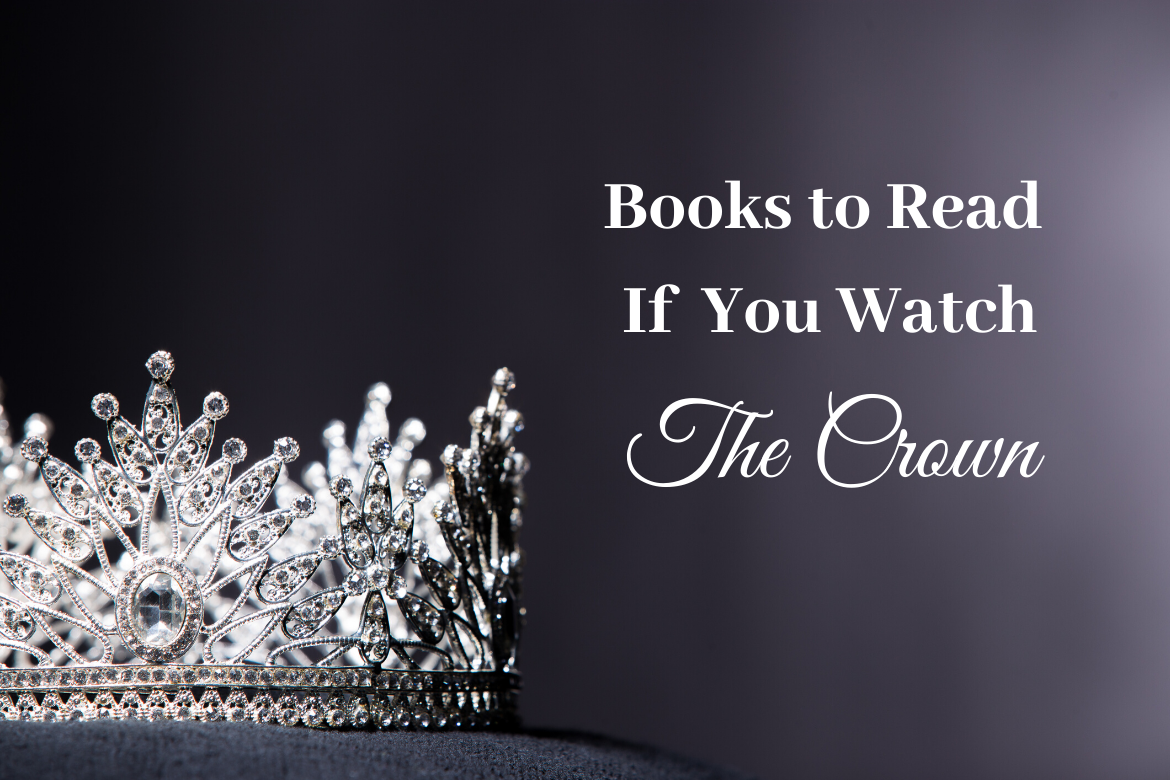 Season 3 of Netflix’s The Crown premieres Sunday, November 17th. Get excited with these royal reads, including the official companions, that are fit for a King . . . or Queen. 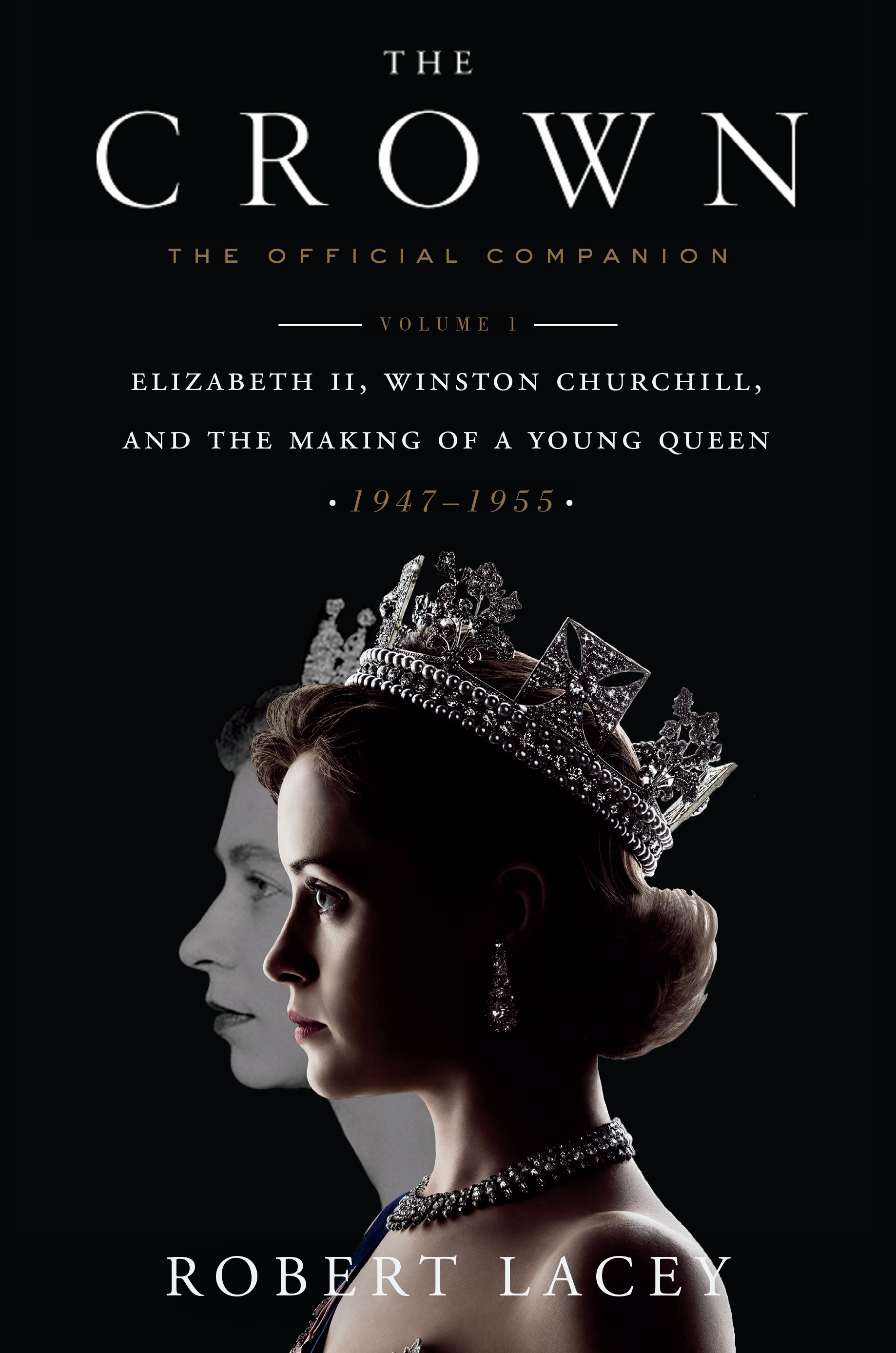 The Crown: The Official Companion, Volume 1 by Robert Lacey

Elizabeth Mountbatten never expected her father to die so suddenly, so young, leaving her with a throne to fill and a global institution to govern. Crowned at twenty-five, she was already a wife and mother as she began her journey towards becoming a queen.

As Britain lifted itself out of the shadow of war, the new monarch faced her own challenges. Her mother doubted her marriage; her uncle-in-exile derided her abilities; her husband resented the sacrifice of his career and family name; and her rebellious sister embarked on a love affair that threatened the centuries-old links between the Church and the Crown. This is the story of how Elizabeth II drew on every ounce of resolve to ensure that the Crown always came out on top. 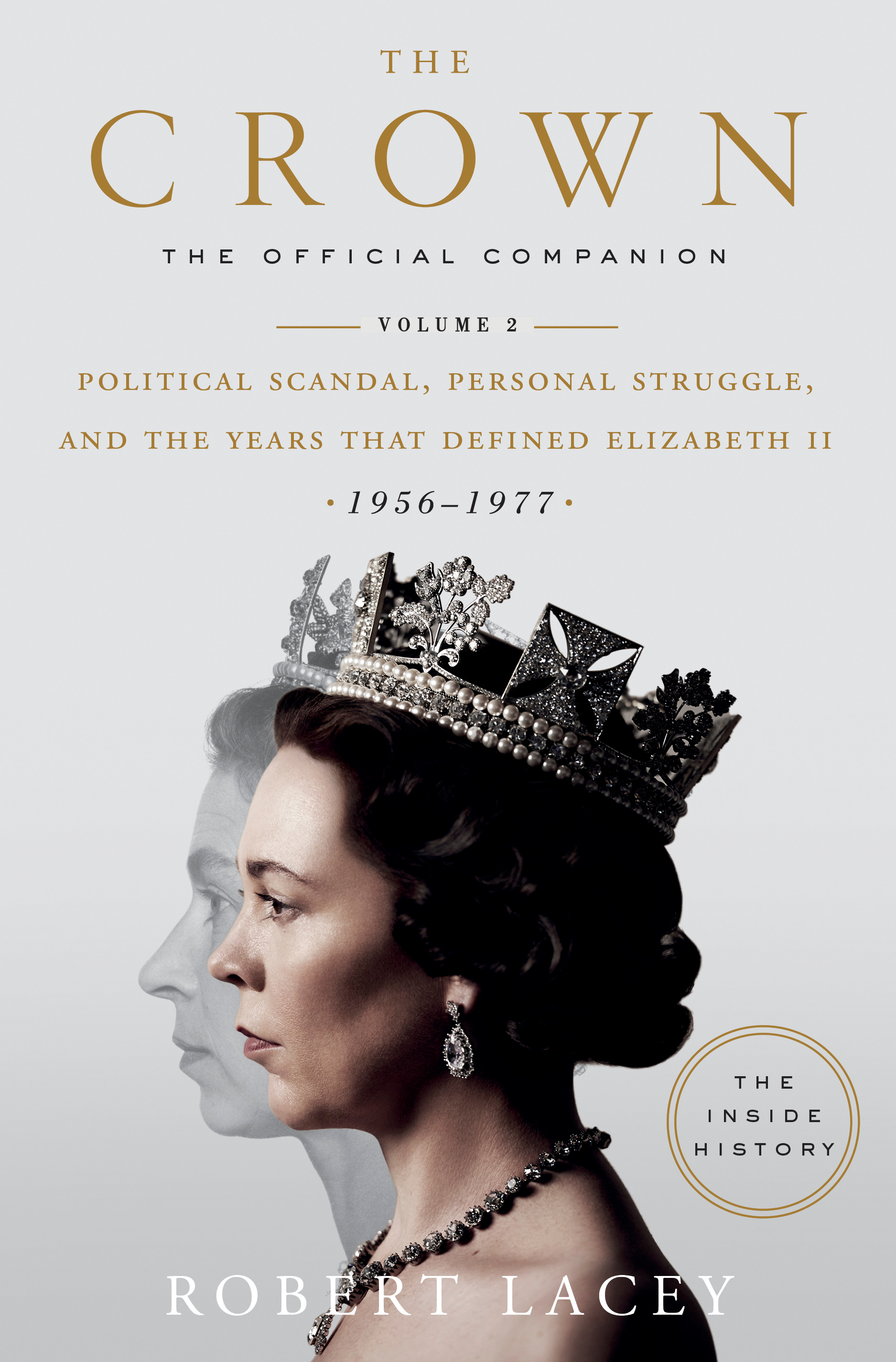 The Crown: The Official Companion, Volume 2 by Robert Lacey

The fascinating royal and social history that inspired seasons 2 and 3 of The Crown, written by the show’s historical consultant.

In this eye-opening companion to seasons 2 and 3 of Netflix’s acclaimed series The Crown, renowned biographer—and the show’s historical consultant—Robert Lacey takes us through the real history that inspired the drama.

Covering two tumultuous decades in the reign of Queen Elizabeth II, Lacey looks at the key social, political, and personal moments and their effects—not only on the royal family but also on the world around them. From the Suez Crisis and the U.S.–Soviet space race to the legacy of the Duke of Windsor’s collaboration with Hitler, along with the rumored issues with the royal marriage, the book provides a thought-provoking insight into the historic decades that the show explores, revealing the truth behind the on-screen drama. 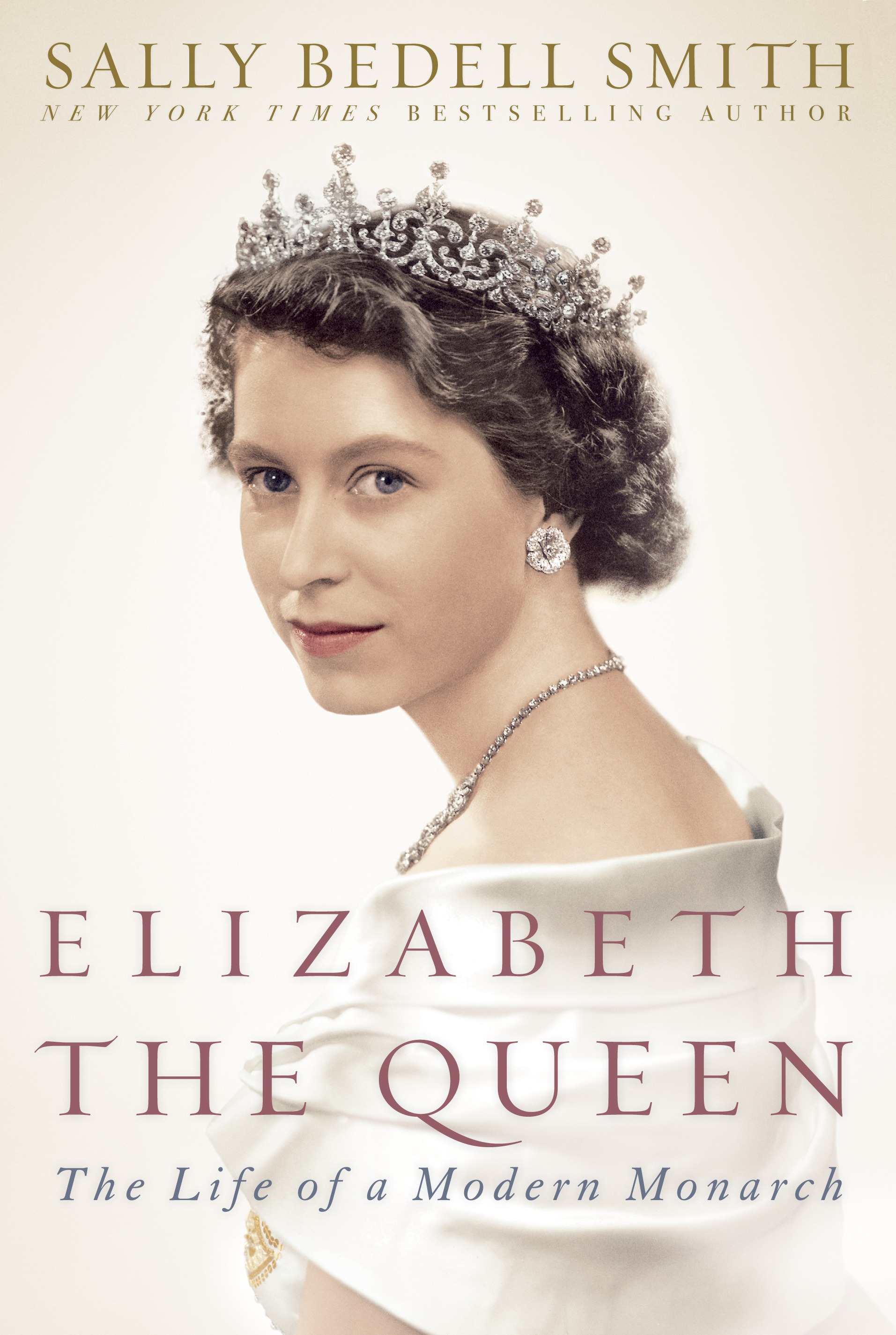 Elizabeth the Queen: The Life of a Modern Monarch by Sally Bedell Smith

A magisterial biography of Queen Elizabeth II that is a close-up view of the woman we’ve known only from a distance—and a captivating window into the last great monarchy.

In Elizabeth the Queen, we meet the young girl who suddenly becomes “heiress presumptive” when her uncle abdicates the throne. We meet the thirteen-year-old Lilibet as she falls in love with a young navy cadet named Philip and becomes determined to marry him, even though her parents prefer wealthier English aristocrats. We see the teenage Lilibet repairing army trucks during World War II and standing with Winston Churchill on the balcony of Buckingham Palace on V-E Day. We see the young Queen struggling to balance the demands of her job with her role as the mother of two young children. Sally Bedell Smith brings us inside the palace doors and into the Queen’s daily routines—the “red boxes” of documents she reviews each day, the weekly meetings she has had with twelve prime ministers, her physically demanding tours abroad, and the constant scrutiny of the press—as well as her personal relationships: with Prince Philip, her husband of sixty-four years and the love of her life; her children and their often-disastrous marriages; her grandchildren and friends. 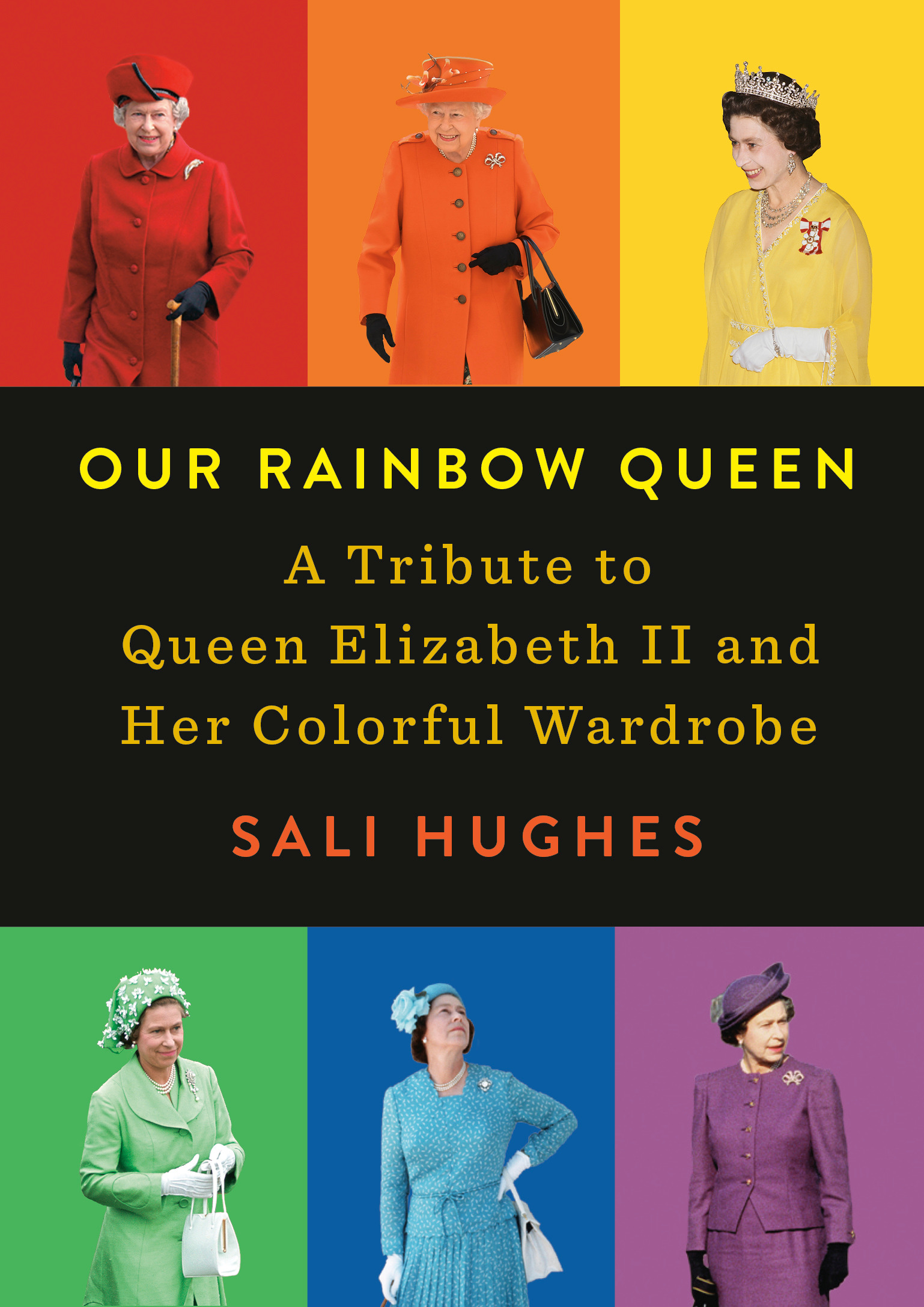 Our Rainbow Queen: A Tribute to Queen Elizabeth II and Her Colorful Wardrobe by Sali Hughes

A full-spectrum collection of photos of Queen Elizabeth II, paired with illuminating captions explaining each outfit, spanning nine decades of fashion and every color of the rainbow.

This riotously colorful book takes a photographic journey through Queen Elizabeth II’s ten decades of color-blocked style. The photographs, which span the colors of the rainbow and a century of style, are gloriously accessorized with captions and commentary by journalist and broadcaster Sali Hughes, who gives fascinating context to each photo. Readers will learn how the Queen has used color and fashion in strategic and discreetly political ways, such as wearing the colors of the European flag to a post-Brexit meeting or a pin given to her by the Obamas to a meeting with Donald Trump. 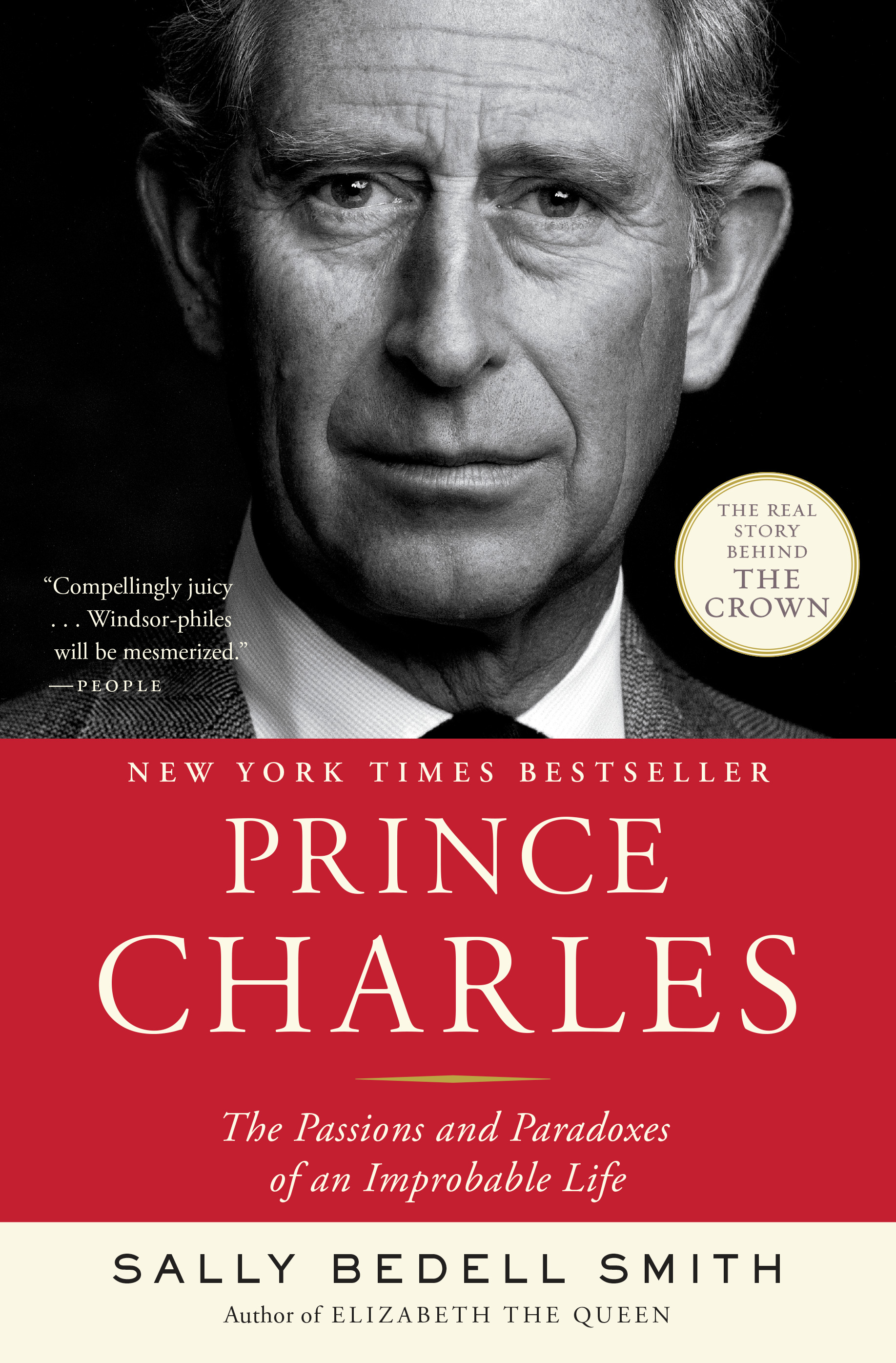 Prince Charles: The Passions and Paradoxes of an Improbable Life by Sally Bedell Smith

The life and loves of Prince Charles are illuminated in a major biography from the New York Times bestselling author of Elizabeth the Queen.

Sally Bedell Smith returns once again to the British royal family to give us a new look at Prince Charles, the oldest heir to the throne in more than three hundred years. This vivid, eye-opening biography—the product of four years of research and hundreds of interviews with palace officials, former girlfriends, spiritual gurus, and more, some speaking on the record for the first time—is the first authoritative treatment of Charles’s life that sheds light on the death of Diana, his marriage to Camilla, and his preparations to take the throne one day.

Ranging from his glamorous palaces to his country homes, from his globe-trotting travels to his local initiatives, Smith shows how Prince Charles possesses a fiercely independent spirit and yet has spent more than six decades waiting for his destined role, living a life dictated by protocols he often struggles to obey. 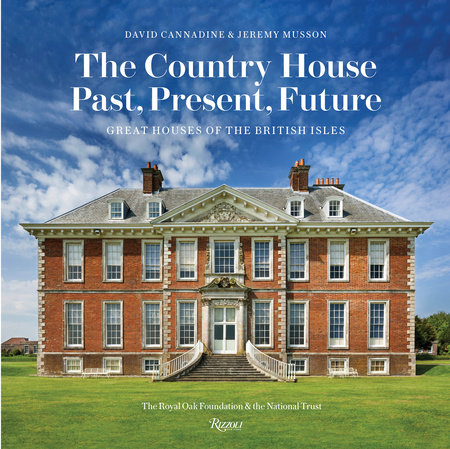 The Country House: Past Present and Future by Jeremy Musson and David Cannadine

A gorgeous book on British country houses that offers an unusual and magnificent look at the lifestyle, architecture, and interior design of the country house of the British Isles.

From Brideshead to Downton Abbey, the country house is a subject of fantasy and curiosity, as well as a rich resource to explore the history of great architecture and decoration and the lives of landowners and those who made the houses work. With hundreds of photographs from the National Trust, and others from public and private collections, this visually lavish volume draws back the curtain on important historic homes in England, Wales, Scotland, and Ireland. At the same time it reveals the complex stories of these interiors, both grand and hidden, from great halls, libraries and entryways to the kitchens and stables and gardens. Locations featured include Knole, Cragside, Castle Howard, Chatsworth, Polesden Lacey, Petworth, Bodiam Castle, Blenheim, Longleat, and dozens more. 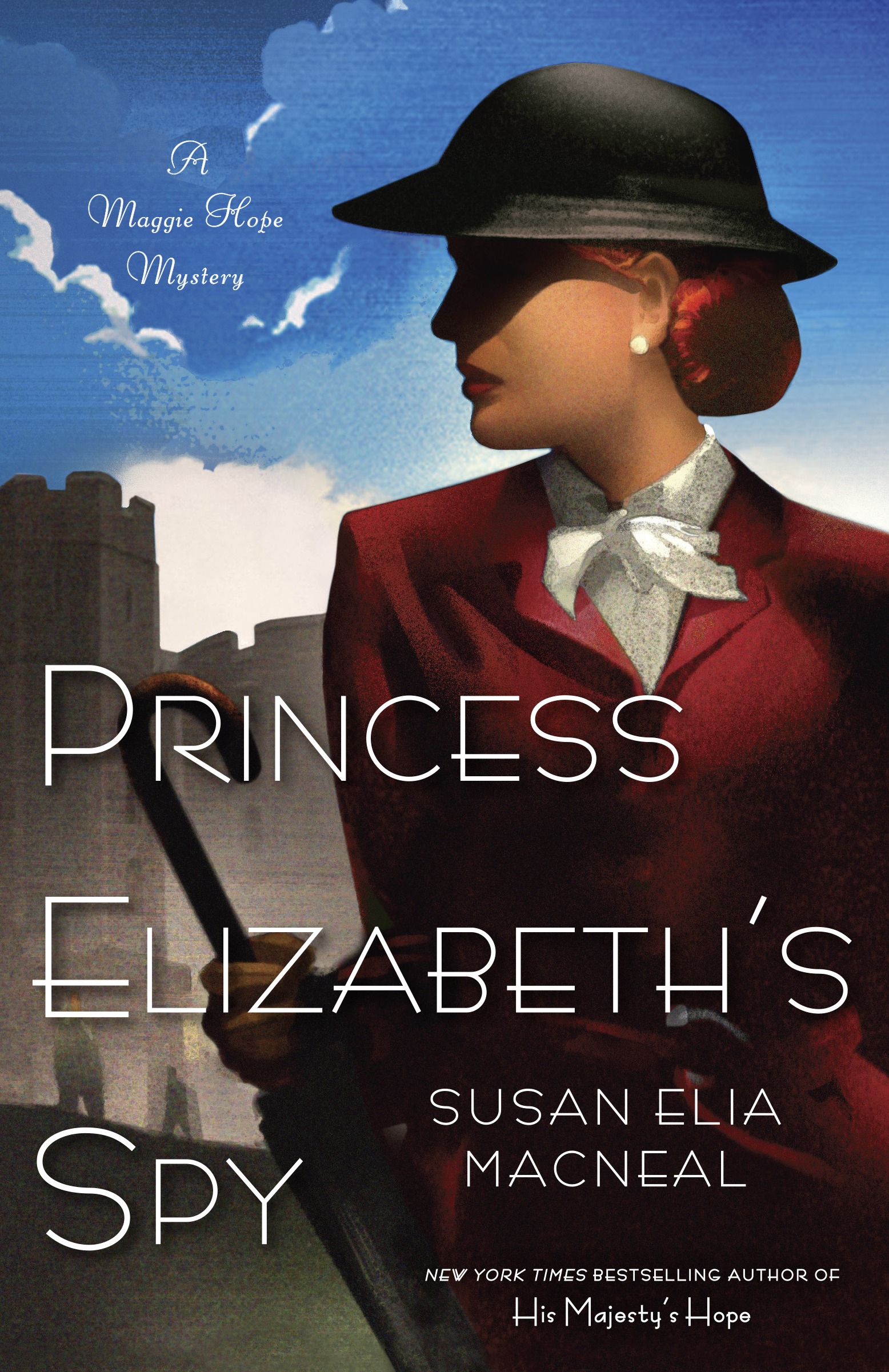 As World War II sweeps the continent and England steels itself against German attack, Maggie Hope, former secretary to Prime Minister Winston Churchill, completes her training to become a spy for MI-5. Spirited, strong-willed, and possessing one of the sharpest minds in government for mathematics and code-breaking, she fully expects to be sent abroad to gather intelligence for the British front. Instead, to her great disappointment, she is dispatched to go undercover at Windsor Castle, where she will tutor the young Princess Elizabeth in math. Yet castle life quickly proves more dangerous—and deadly—than Maggie ever expected. The upstairs-downstairs world at Windsor is thrown into disarray by a shocking murder, which draws Maggie into a vast conspiracy that places the entire royal family in peril. And as she races to save England from a most disturbing fate, Maggie realizes that a quick wit is her best defense, and that the smallest clues can unravel the biggest secrets, even within her own family.

Click to Learn More About Mr. Churchill’s Secretary—the First Book in the Series. 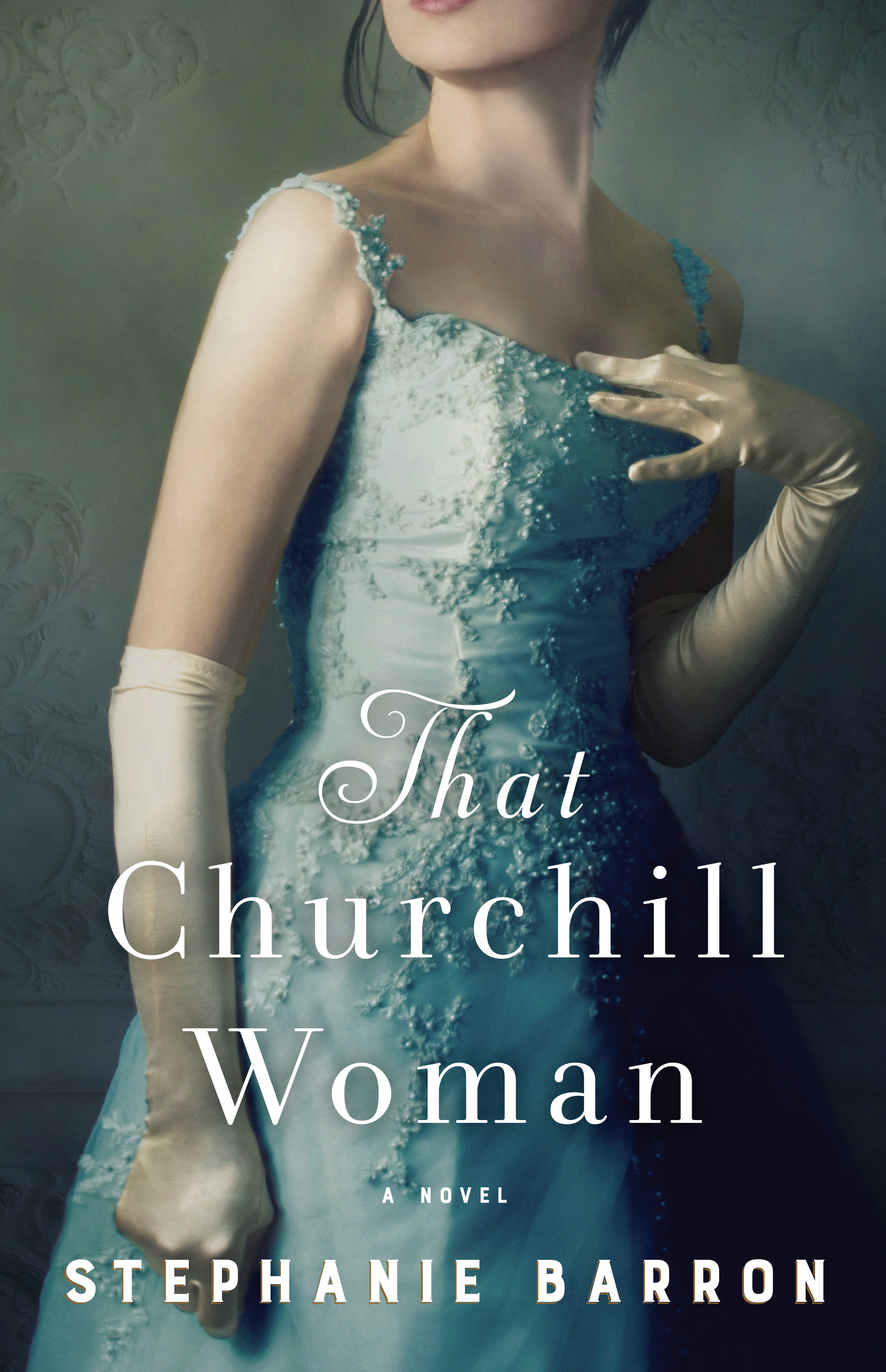 That Churchill Woman by Stephanie Barron

An enthralling novel of the life and loves of one of history’s most remarkable women: Winston Churchill’s scandalous American mother, Jennie Jerome.

Wealthy, privileged, and fiercely independent New Yorker Jennie Jerome took Victorian England by storm when she landed on its shores. As Lady Randolph Churchill, she gave birth to a man who defined the twentieth century: her son Winston.

When the nineteen-year-old beauty agrees to marry the son of a duke she has known only three days, she’s instantly swept up in a whirlwind of British politics and the breathless social climbing of the Marlborough House Set, the reckless men who surround Bertie, Prince of Wales.

Artistically gifted and politically shrewd, she shapes her husband’s rise in Parliament and her young son’s difficult passage through boyhood. But as the family’s influence soars, scandals explode and tragedy befalls the Churchills. Jennie is inescapably drawn to the brilliant and seductive Count Charles Kinsky—diplomat, skilled horse-racer, deeply passionate lover. Their affair only intensifies as Randolph Churchill’s sanity frays, and Jennie—a woman whose every move on the public stage is judged—must walk a tightrope between duty and desire. Forced to decide where her heart truly belongs, Jennie risks everything—even her son—and disrupts lives, including her own, on both sides of the Atlantic. 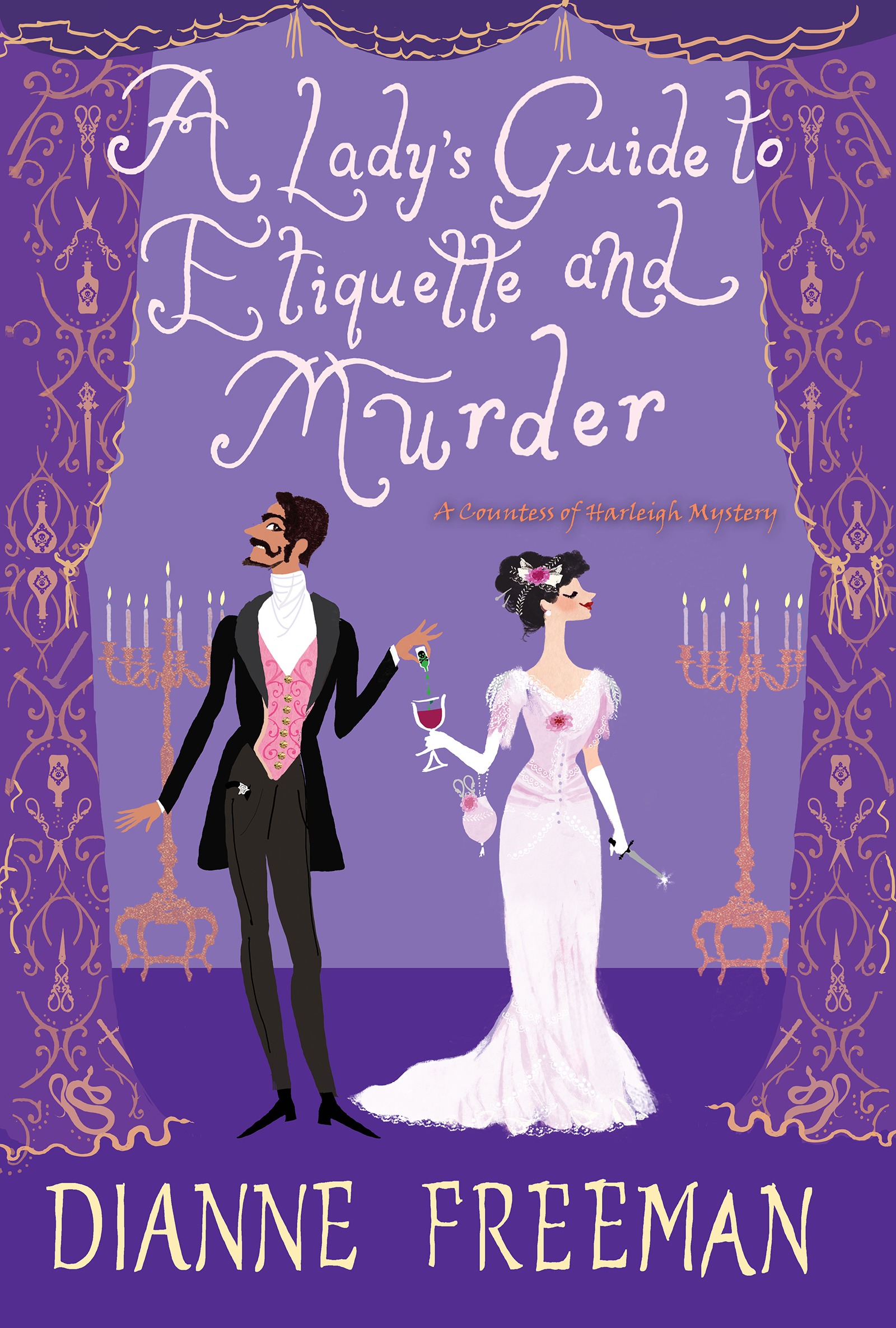 A Lady’s Guide to Etiquette and Murder by Dianne Freeman

Frances Wynn, the American-born Countess of Harleigh, enjoys more freedom as a widow than she did as a wife. After an obligatory year spent mourning her philandering husband, Reggie, she puts aside her drab black gowns, leaving the countryside and her money-grubbing in-laws behind. With her young daughter in tow, Frances rents a home in Belgravia and prepares to welcome her sister, Lily, arriving from New York—for her first London season.

No sooner has Frances begun her new life than the ghosts of her old one make an unwelcome appearance. The Metropolitan police receive an anonymous letter implicating Frances in her husband’s death. Frances assures Inspector Delaney of her innocence, but she’s also keen to keep him from learning the scandalous circumstances of Reggie’s demise. As fate would have it, her dashing new neighbor, George Hazelton, is one of only two other people aware of the full story.

While busy with social engagements on Lily’s behalf, and worrying if Reggie really was murdered, Frances learns of mysterious burglaries plaguing London’s elite. The investigation brings death to her doorstep, and Frances rallies her wits, a circle of gossips, and the ever-chivalrous Mr. Hazelton to uncover the truth. A killer is in their midst, perhaps even among her sister’s suitors. And Frances must unmask the villain before Lily’s season—and their lives—come to a most unseemly end.

And don’t forget to check out the trailer for season 3 of The Crown!