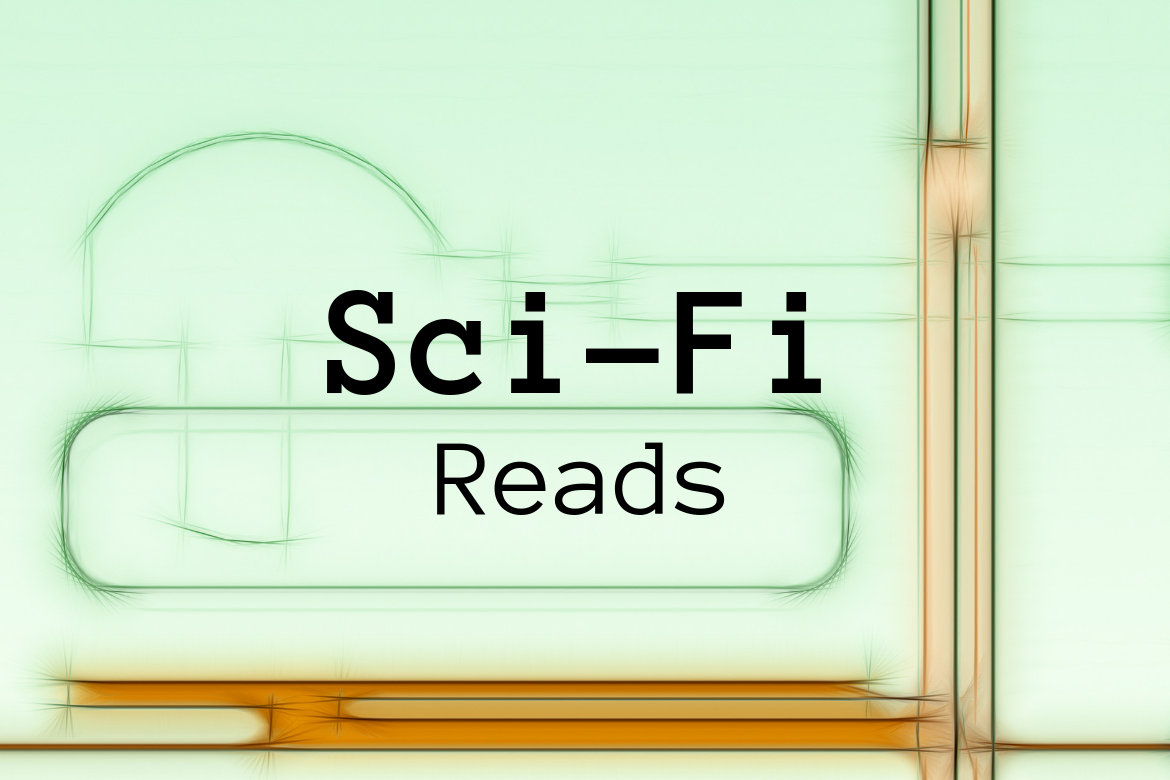 From mysterious visitors to alternate universes, these 7 Science Fiction reads are not to be missed! 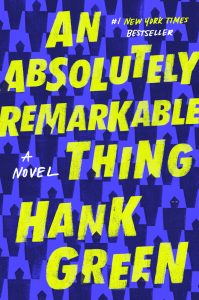 Hank Green—cocreator of Crash Course, Vlogbrothers, and SciShow—spins a sweeping, cinematic tale about a young woman who becomes an overnight celebrity before realizing she’s part of something bigger, and stranger, than anyone could have possibly imagined.

Roaming through New York City at three a.m., twenty-three-year-old April May stumbles across a giant sculpture. Delighted by its appearance and craftsmanship—like a ten-foot-tall Transformer wearing a suit of samurai armor—April and her best friend, Andy, make a video with it, which Andy uploads to YouTube. The next day, April wakes up to a viral video and a new life. News quickly spreads that there are Carls in dozens of cities around the world—from Beijing to Buenos Aires—and April, as their first documentarian, finds herself at the center of an intense international media spotlight.

Seizing the opportunity to make her mark on the world, April now has to deal with the consequences her new particular brand of fame has on her relationships, her safety, and her own identity. And all eyes are on April to figure out not just what the Carls are, but what they want from us. 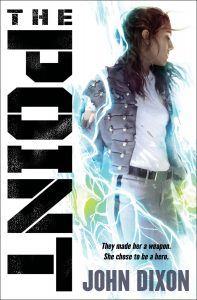 The Point by John Dixon

“[A] rousing mash-up of military SF thriller and paranormal adventure . . . Scarlett is a resourceful and endearing heroine.”—Publishers Weekly

Scarlett Winter has always been an outsider, and not only because she’s a hardcore daredevil and born troublemaker—she has been hiding superhuman powers she doesn’t yet understand. Now she’s been recruited by a secret West Point unit for cadets with extraordinary abilities. Scarlett and her fellow students are learning to hone their skills, from telekinetic combat to running recon missions through strangers’ dreamscapes. At The Point, Scarlett discovers that she may be the most powerful cadet of all. With the power to control pure energy, she’s a human nuclear bomb—and she’s not sure she can control her powers much longer.

Even in this army of outsiders, Scarlett feels like a misfit all over again, but when a threat that endangers her fellow students arises from the school’s dark past, duty calls and Scarlett must make a choice between being herself and becoming something even greater: a hero. 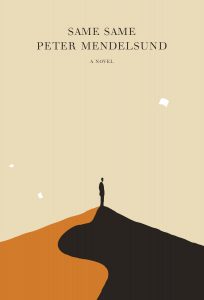 A deeply unsettling novel about what it means to exist and to create . . . and a future that may not be far off.

In the shifting sands of the desert, near an unnamed metropolis, there is an institute where various fellows come to undertake projects of great significance. But when our sort-of hero, Percy Frobisher, arrives, surrounded by the simulated environment of the glass-enclosed dome of the Institute, his mind goes completely blank. When he spills something on his uniform—a major faux pas—he learns about a mysterious shop where you can take something, utter the command “same same,” and receive a replica even better than the original. Imagining a world in which simulacra have as much value as the real—so much so that any distinction between the two vanishes, and even language seeks to reproduce meaning through ever more degraded copies of itself. 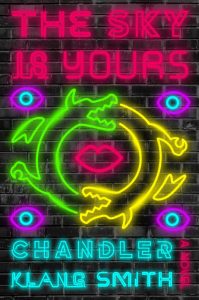 The Sky Is Yours by Chandler Klang Smith

Chandler Klang Smith has imagined an unimaginable world that is at once faraway and disturbingly familiar—its singular chaos grounded in the universal realities of love, family, and the deeply human desire to survive at all costs.

In this bombshell of a novel, Chandler Klang Smith has imagined an unimaginable world: scathingly clever and gorgeously strange, The Sky Is Yoursis at once faraway and disturbingly familiar, its singular chaos grounded in the universal realities of love, family, and the deeply human desire to survive at all costs. 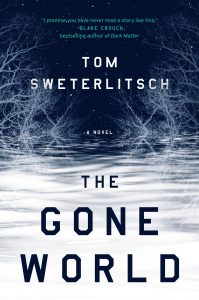 The Gone World by Tom Sweterlitsch

Inception meets True Detective in this science fiction thriller of spellbinding tension and staggering scope that follows a special agent into a savage murder case with grave implications for the fate of mankind.

Shannon Moss is part of a clandestine division within the Naval Criminal Investigative Service. In western Pennsylvania, 1997,

she is assigned to solve the murder of a Navy SEAL’s family—and to locate his vanished teenage daughter. Though she can’t share the information with conventional law enforcement, Moss discovers that the missing SEAL was an astronaut aboard the spaceship U.S.S. Libra—a ship assumed lost to the currents of Deep Time. Moss knows first-hand the mental trauma of time-travel and believes the SEAL’s experience with the future has triggered this violence.

Determined to find the missing girl and driven by a troubling connection from her own past, Moss travels ahead in time to explore possible versions of the future, seeking evidence to crack the present-day case. To her horror, the future reveals that it’s not only the fate of a family that hinges on her work, for what she witnesses rising over time’s horizon and hurtling toward the present is the Terminus: the terrifying and cataclysmic end of humanity itself. 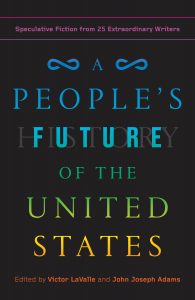 In these tumultuous times, in our deeply divided country, many people are angry, frightened, and hurting. Knowing that imagining a brighter tomorrow has always been an act of resistance, editors Victor LaValle and John Joseph Adams invited an extraordinarily talented group of writers to share stories that explore new forms of freedom, love, and justice. They asked for narratives that would challenge oppressive American myths, release us from the chokehold of our history, and give us new futures to believe in.

They also asked that the stories be badass.

The result is this spectacular collection of twenty-five tales that blend the dark and the light, the dystopian and the utopian. These tales are vivid with struggle and hardship—whether it’s the othered and the terrorized, or dragonriders and covert commandos—but these characters don’t flee, they fight. 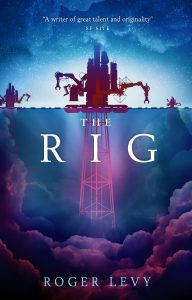 The Rig by Roger Levy

On a desert planet, two boys meet, sparking a friendship that will change human society forever.
On the windswept world of Bleak, a string of murders lead a writer to a story with unbelievable ramifications. One man survives the vicious attacks, but is left with a morbid fascination with death; the perfect candidate for the perilous job of working on a rig.

Welcome to the System. Here the concept of a god has been abandoned, and a new faith pervades: AfterLife, a social media platform that allows subscribers a chance at resurrection, based on the votes of other users. So many Lives, forever interlinked, and one structure at the centre of it all: the rig.

Congratulations to Our Winners and Honorees!