Starred Reviews for your TBR Pile! 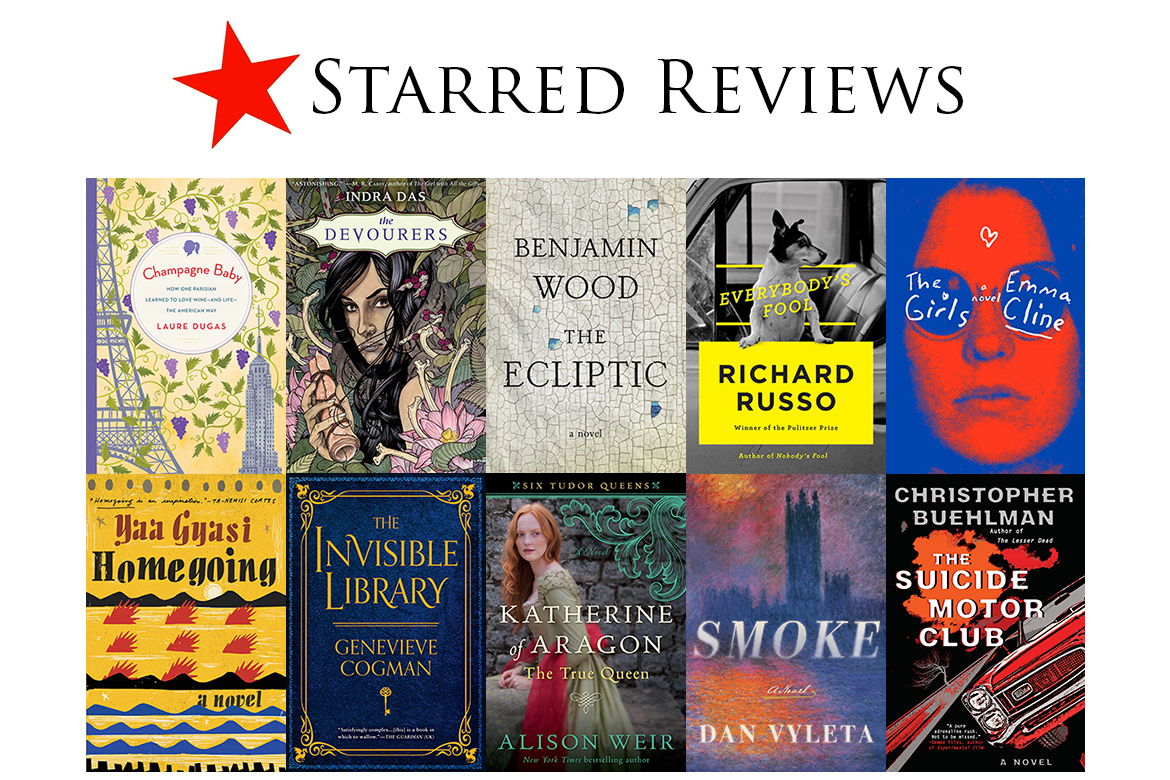 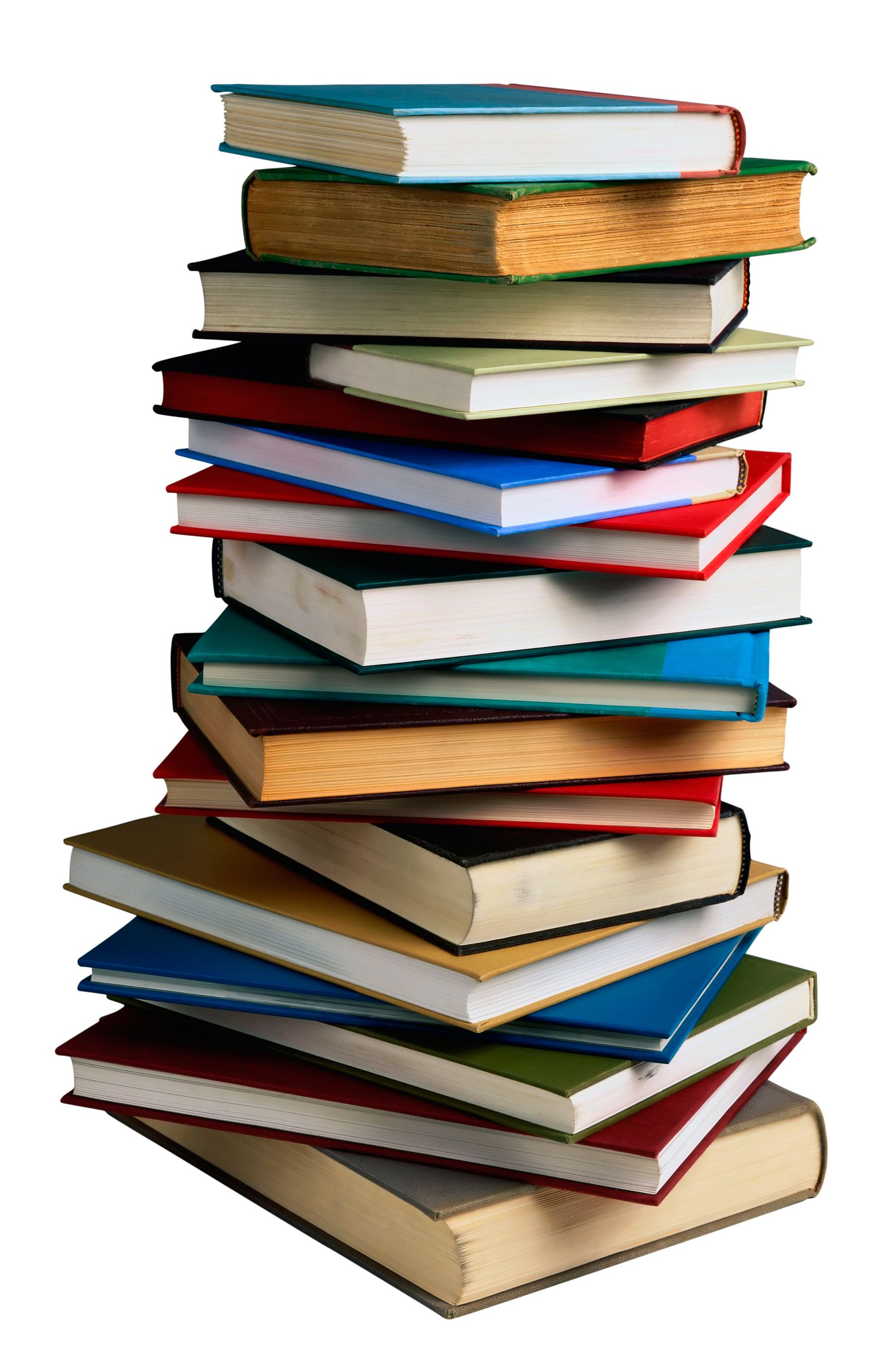 Champagne Baby by Laure Dugas
“Dugas’s story of being a recent university student and eager to jump at life’s chances will resonate with audiences both young and old, wine aficionados and newcomers.”— Library Journal, starred review
Fresh, charming, and wholly irresistible, Champagne Baby turns a familiar tale on its head: Instead of yet another American seeking the French secret to good living, a Frenchwoman finds her purpose—much to her surprise—in America.

The Devourers by Indra Das
“Das’s brutal, intoxicating, and gorgeously visceral debut merges an often mythic sensibility with an appreciation for the coarse beauty of the everyday.”—Publishers Weekly (starred review)
On a cool evening in Kolkata, India, beneath a full moon, as the whirling rhythms of traveling musicians fill the night, college professor Alok encounters a mysterious stranger with a bizarre confession and an extraordinary story. Tantalized by the man’s unfinished tale, Alok will do anything to hear its completion. So Alok agrees, at the stranger’s behest, to transcribe a collection of battered notebooks, weathered parchments, and once-living skins.

The Ecliptic by Benjamin Wood
“Wood creates a foundational narrative and then turns it inside out in a feat of recontextualizing that may leave readers reeling. The novel combines a historic feeling of artistic possibility reminiscent of Joyce Carey’s The Horse’s Mouth with an experience of waking up from a tragic hallucinatory dream. Highly recommended for readers who like surprises.”—Library Journal, starred review
From the award-winning author of The Bellwether Revivals comes a “gorgeous and harrowing work” (Emily St. John Mandel) set on a mysterious island, where artists strive to recover their lost gifts–and where nothing is quite as it seems.

Everybody’s Fool by Richard Russo
“Triumphant. . . Russo’s reunion with these beloved characters isgenius: silly slapstick and sardonic humor play out in a rambling, rambunctious story that poignantly emphasizes that particular brand of loyalty and acceptance that is synonymous with small-town living.” —Carol Haggas, Booklist (starred)
Richard Russo, at the very top of his game, now returns to North Bath, in upstate New York, and the characters who made Nobody’s Fool (1993) a “confident, assured novel [that] sweeps the reader up,” according to theSan Francisco Chronicle back then. “Simple as family love, yet nearly as complicated.” Or, as The Boston Globe put it, “a big, rambunctious novel with endless riffs and unstoppable human hopefulness.”

The Girls by Emma Cline
“Although inspired by the infamous Charles Manson murders, Cline’s impressive debut is more a harrowing coming-of-age exploration of how far a young girl will go (and how much she will give up of herself) in her desperate quest to belong. Beautifully written and unforgettable.”—Library Journal, starred review
An indelible portrait of girls, the women they become, and that moment in life when everything can go horribly wrong—this stunning first novel is perfect for readers of Jeffrey Eugenides’s The Virgin Suicides and Jennifer Egan’s A Visit from the Goon Squad.

Homegoing by Yaa Gyasi
This is an amazing first novel, remarkable in its epic vision.”— Library Journal, starred review
A novel of breathtaking sweep and emotional power that traces three hundred years in Ghana and along the way also becomes a truly great American novel. Extraordinary for its exquisite language, its implacable sorrow, its soaring beauty, and for its monumental portrait of the forces that shape families and nations, Homegoing heralds the arrival of a major new voice in contemporary fiction.

The Invisible Library by Genevieve Cogman
“Bibliophiles will go wild for this engaging debut, as ­Cogman hits all the high notes for enjoyable fantasy. Intriguing characters and fast-paced action are wrapped up in a spellbinding, well-built world.”— Library Journal, starred review
Collecting books can be a dangerous prospect in this fun, time-traveling, fantasy adventure from a spectacular debut author.

Katherine of Aragon, The True Queen by Alison Weir
“As always, Weir demonstrates a keen eye for crafting dramatic scenes of beautiful, accurate detail, instilling in the reader’s mind’s eye a definite you-are-there sense.”— Booklist, starred review
Bestselling author and acclaimed historian Alison Weir takes on what no fiction writer has done before: creating a dramatic six-book series in which each novel covers one of King Henry VIII’s wives. In this captivating opening volume, Weir brings to life the tumultuous tale of Katherine of Aragon, Henry’s first, devoted, and “true” queen.

Smoke by Dan Vyleta
“As a meditation on the nature of evil, Vyleta’s fourth novel (after The Crooked Maid) has a depth that will be appreciated even as the action keeps the pages turning.” — Library Journal, starred review
Welcome to a Victorian England unlike any other you have experienced before.  Here, wicked thoughts (both harmless and hate-filled) appear in the air as telltale wisps of Smoke.Young Thomas Argyle, a son of aristocracy, has been sent to an elite boarding school.  Here he will be purged of Wickedness, for the wealthy do not Smoke.  When he resists a sadistic headboy’s temptations to Smoke, a much larger struggle beyond the school walls is revealed.  Shortly thereafter, on a trip to London, Thomas and his best friend witness events that make them begin to question everything they have been taught about Smoke.
And thus the adventure begins…

The Suicide Motor Club by Christopher Buehlman
“Buehlman takes the standard myths of vampires and the usual tropes of road novels and combines them into an original and exciting tale. In the midst of all the mayhem and violence, he creates characters that are complex and three-dimensional. This a highly recommended horror novel with cross-genre appeal.”— Booklist, starred review
Remember that car that passed you near midnight on Route 66, doing 105 with its lights off? You wondered where it was going so quickly on that dark, dusty stretch of road, motor roaring, the driver glancing out the window as he blew by. You just saw the founder of the Suicide Motor Club. Be grateful his brake lights never flashed. Be grateful his car was already full.

A Letter from Yaa Gyasi, Author of Homegoing