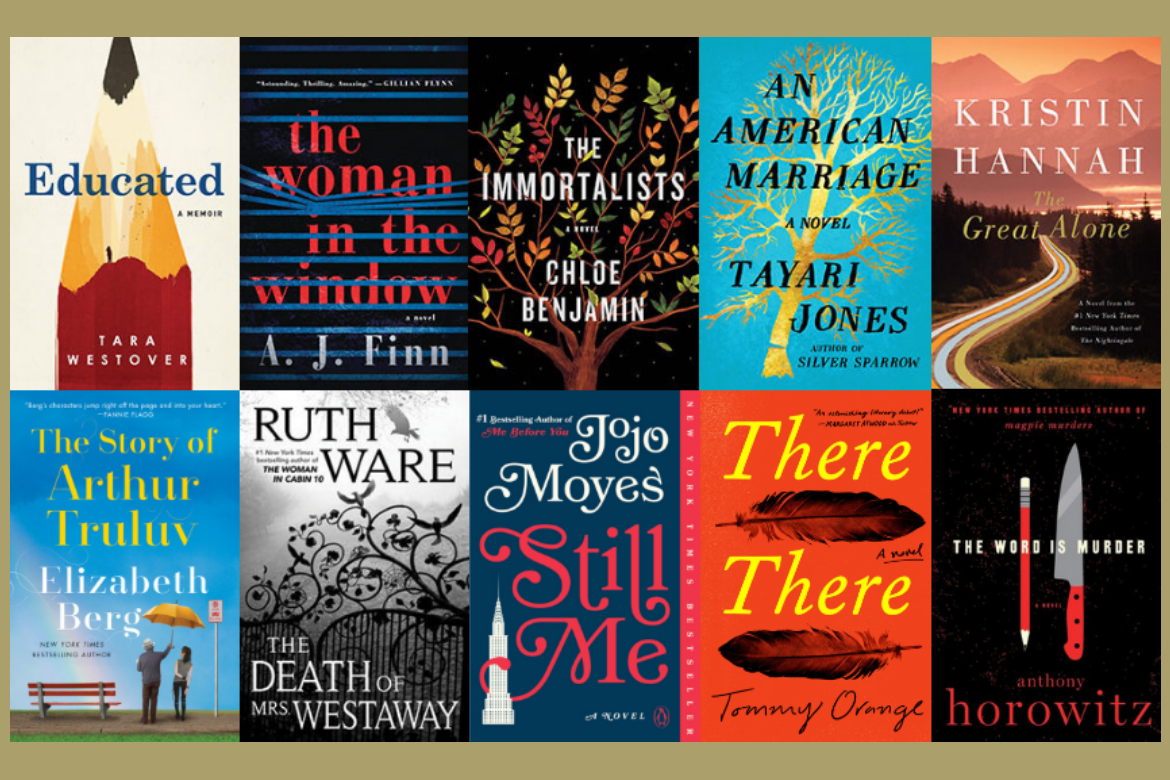 The votes are in! Below is the list of the top 10 LibraryReads picks that patrons loved this year. And, patrons and librarians both agreed that Educated, a memoir by Tara Westover, is the favorite book of the year. Check out some of the other fantastic books that made the list and be sure to add them to your reading pile—if you haven’t already. 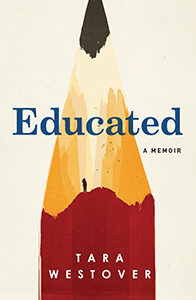 #1. Educated: A Memoir by Tara Westover

Both patrons and librarians agree—Educated is the favorite book of 2018!

Born to survivalists in the mountains of Idaho, Tara Westover was seventeen the first time she set foot in a classroom. Her family was so isolated from mainstream society that there was no one to ensure the children received an education, and no one to intervene when one of Tara’s older brothers became violent. When another brother got himself into college, Tara decided to try a new kind of life. Her quest for knowledge transformed her, taking her over oceans and across continents, to Harvard and to Cambridge University. Only then would she wonder if she’d traveled too far, if there was still a way home.

“Beautiful and propulsive . . . Despite the singularity of [Tara Westover’s] childhood, the questions her book poses are universal: How much of ourselves should we give to those we love? And how much must we betray them to grow up?”—Vogue 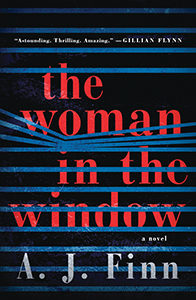 Coming in at #2 on the patron list, The Woman in the Window also made the LibraryReads list.

Anna Fox lives alone—a recluse in her New York City home, unable to venture outside. She spends her day drinking wine (maybe too much), watching old movies, recalling happier times . . . and spying on her neighbors.

Then the Russells move into the house across the way: a father, a mother, their teenage son. The perfect family. But when Anna, gazing out her window one night, sees something she shouldn’t, her world begins to crumble—and its shocking secrets are laid bare.

What is real? What is imagined? Who is in danger? Who is in control? In this diabolically gripping thriller, no one—and nothing—is what it seems. 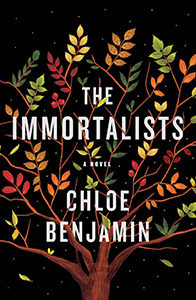 #3. The Immortalists by Chloe Benjamin

Both patrons and librarians can’t deny that they love The Immortalists—an incredible 2018 debut for Chloe Benjamin. This made the LibraryReads list.

It’s 1969 in New York City’s Lower East Side, and word has spread of the arrival of a mystical woman, a traveling psychic who claims to be able to tell anyone the day they will die. The Gold children—four adolescents on the cusp of self-awareness—sneak out to hear their fortunes.

The prophecies inform their next five decades. Golden-boy Simon escapes to the West Coast, searching for love in ’80s San Francisco; dreamy Klara becomes a Las Vegas magician, obsessed with blurring reality and fantasy; eldest son Daniel seeks security as an army doctor post-9/11; and bookish Varya throws herself into longevity research, where she tests the boundary between science and immortality. 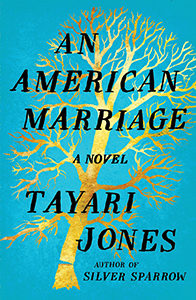 #4. An American Marriage by Tayari Jones

This stirring love story is another fan favorite—making it onto the LibraryReads list.

Newlyweds Celestial and Roy are the embodiment of both the American Dream and the New South. He is a young executive, and she is an artist on the brink of an exciting career. But as they settle into the routine of their life together, they are ripped apart by circumstances neither could have imagined. Roy is arrested and sentenced to twelve years for a crime Celestial knows he didn’t commit. Though fiercely independent, Celestial finds herself bereft and unmoored, taking comfort in Andre, her childhood friend, and best man at their wedding. As Roy’s time in prison passes, she is unable to hold on to the love that has been her center. After five years, Roy’s conviction is suddenly overturned, and he returns to Atlanta ready to resume their life together. 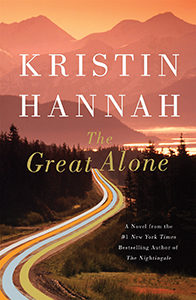 #5. The Great Alone by Kritsin Hannah

It seems patrons and librarians are on the same page about Kristin Hannah’s latest—this one made both lists as well!

Alaska, 1974. Ernt Allbright came home from the Vietnam War a changed and volatile man. When he loses yet another job, he makes the impulsive decision to move his wife and daughter north where they will live off the grid in America’s last true frontier.

Cora will do anything for the man she loves, even if means following him into the unknown. Thirteen-year-old Leni, caught in the riptide of her parents’ passionate, stormy relationship, has little choice but to go along, daring to hope this new land promises her family a better future.

In a wild, remote corner of Alaska, the Allbrights find a fiercely independent community of strong men and even stronger women. The long, sunlit days and the generosity of the locals make up for the newcomers’ lack of preparation and dwindling resources.

But as winter approaches and darkness descends, Ernt’s fragile mental state deteriorates. Soon the perils outside pale in comparison to threats from within. In their small cabin, covered in snow, blanketed in eighteen hours of night, Leni and her mother learn the terrible truth: they are on their own. 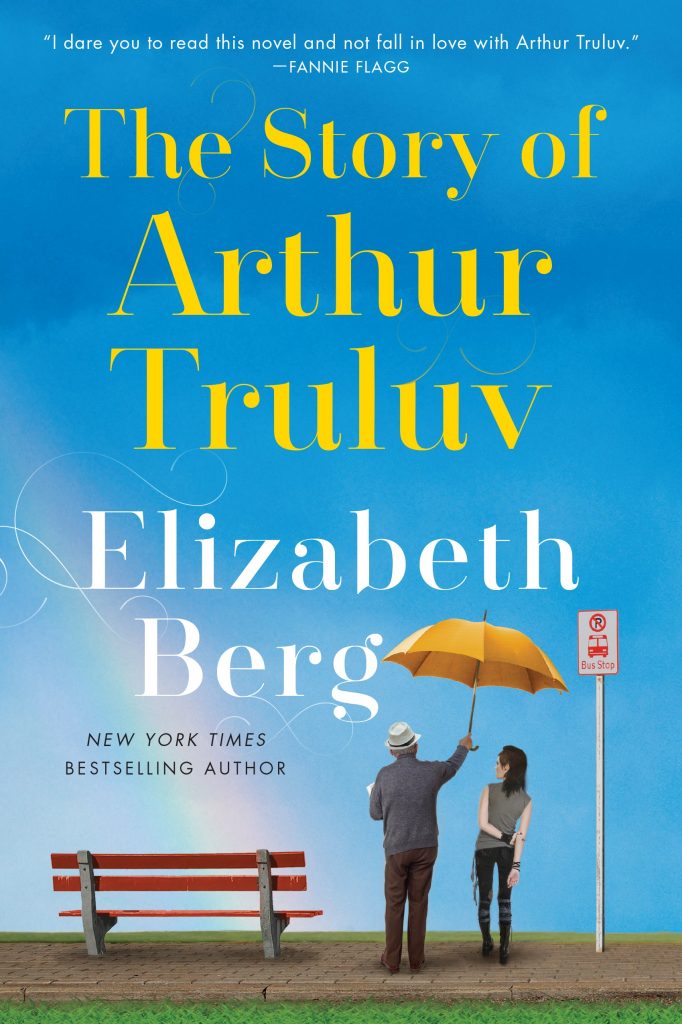 #6. The Story of Arthur Truluv by Elizabeth Berg

For the past six months, Arthur Moses’s days have looked the same: He tends to his rose garden and to Gordon, his cat, then rides the bus to the cemetery to visit his beloved late wife for lunch. The last thing Arthur would imagine is for one unlikely encounter to utterly transform his life.

Eighteen-year-old Maddy Harris is an introspective girl who visits the cemetery to escape the other kids at school. One afternoon she joins Arthur—a gesture that begins a surprising friendship between two lonely souls. Moved by Arthur’s kindness and devotion, Maddy gives him the nickname “Truluv.” As Arthur’s neighbor Lucille moves into their orbit, the unlikely trio band together and, through heartache and hardships, help one another rediscover their own potential to start anew. 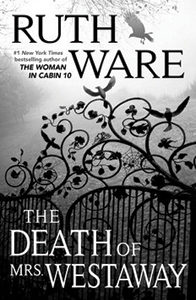 #7. The Death of Mrs. Westaway by Ruth Ware

It’s no surprise that Ruth Ware made both lists!

On a day that begins like any other, Hal receives a mysterious letter bequeathing her a substantial inheritance. She realizes very quickly that the letter was sent to the wrong person—but also that the cold-reading skills she’s honed as a tarot card reader might help her claim the money.

Soon, Hal finds herself at the funeral of the deceased . . . where it dawns on her that there is something very, very wrong about this strange situation and the inheritance at the center of it. 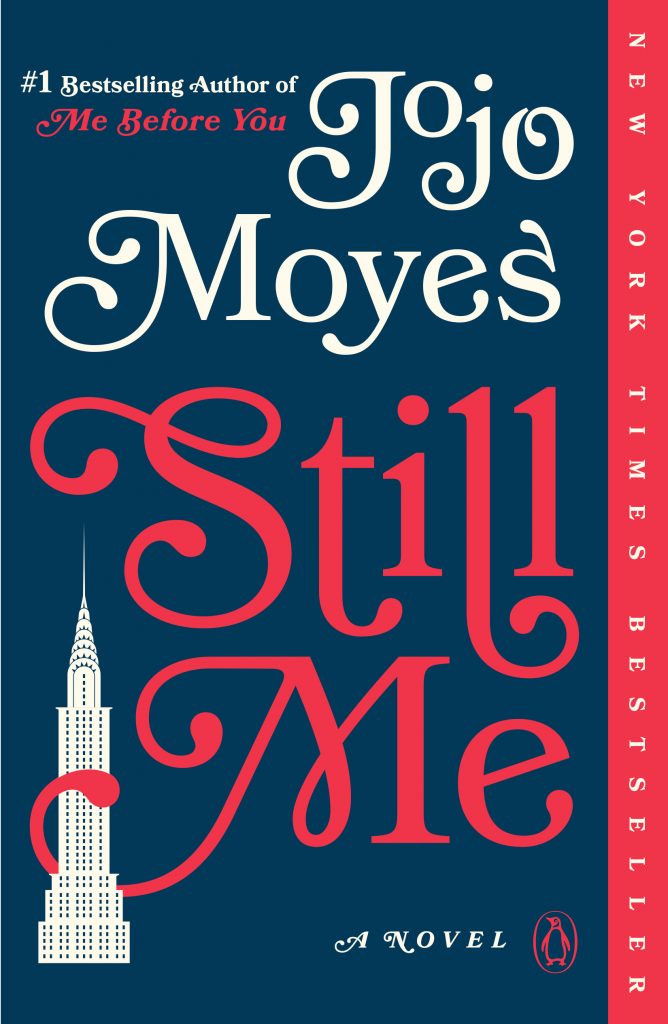 Louisa Clark arrives in New York ready to start a new life, confident that she can embrace this new adventure and keep her relationship with Ambulance Sam alive across several thousand miles. She steps into the world of the superrich, working for Leonard Gopnik and his much younger second wife, Agnes. Lou is determined to get the most out of the experience and throws herself into her new job and New York life.

As she begins to mix in New York high society, Lou meets Joshua Ryan, a man who brings with him a whisper of her past. Before long, Lou finds herself torn between Fifth Avenue where she works and the treasure-filled vintage clothing store where she actually feels at home. And when matters come to a head, she has to ask herself: Who is Louisa Clark? And how do you find the courage to follow your heart—wherever that may lead? 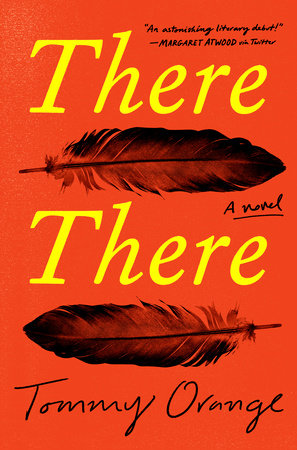 #9. There There by Tommy Orange

This relentlessly paced multigenerational story made it onto both the patron and librarian list —making it another must-read debut for 2018.

There There tells the story of twelve characters, each of whom have private reasons for traveling to the Big Oakland Powwow. Tommy Orange writes of the plight of the urban Native American, the Native American in the city, in a stunning novel that grapples with a complex and painful history, with an inheritance of beauty and profound spirituality, and with a plague of addiction, abuse, and suicide. 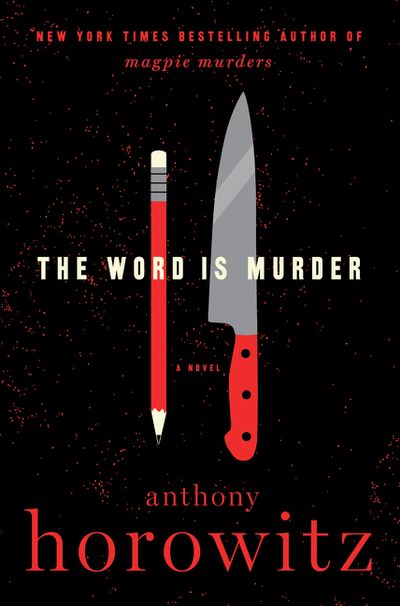 #10. The Word is Murder by Anthony Horowitz

One bright spring morning in London, Diana Cowper—the wealthy mother of a famous actor—enters  a funeral parlor. She is there to plan her own service.

Six hours later she is found dead, strangled with a curtain cord in her own home.

Enter disgraced police detective Daniel Hawthorne, a brilliant, eccentric investigator who’s as quick with an insult as he is to crack a case. Hawthorne needs a ghost writer to document his life; a Watson to his Holmes. He chooses Anthony Horowitz.

Drawn in against his will, Horowitz soon finds himself at the center of a story he cannot control. Hawthorne is brusque, temperamental and annoying but even so his latest case with its many twists and turns proves irresistible. The writer and the detective form an unusual partnership. At the same time, it soon becomes clear that Hawthorne is hiding some dark secrets of his own. 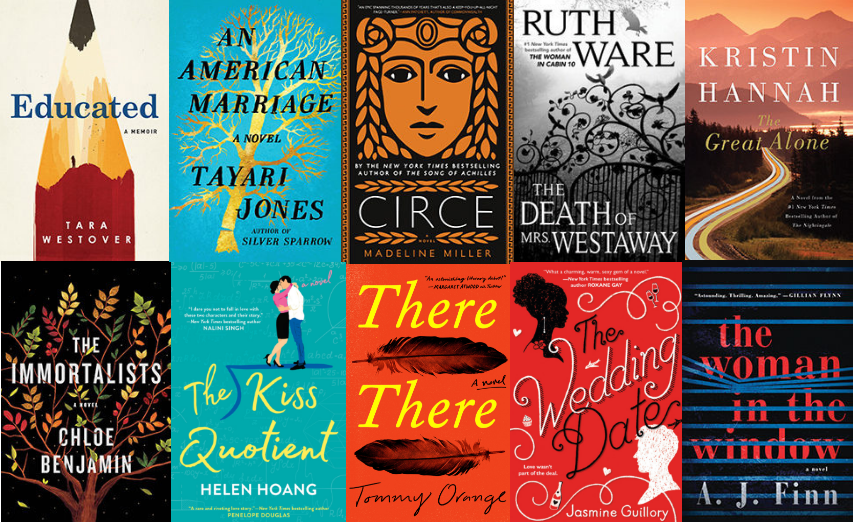