What Will You Read In December? 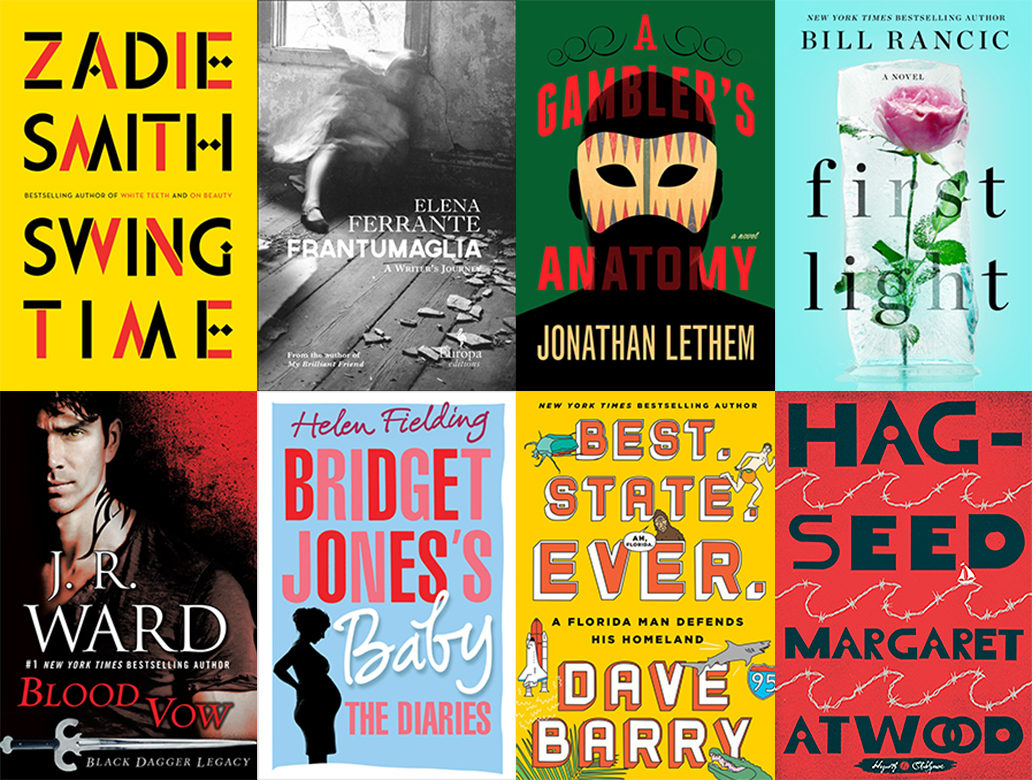 SWING TIME by Zadie Smith
Two brown girls dream of being dancers—but only one, Tracey, has talent. The other has ideas: about rhythm and time, about black bodies and black music, what constitutes a tribe, or makes a person truly free. It’s a close but complicated childhood friendship that ends abruptly in their early twenties, never to be revisited, but never quite forgotten, either.

FRANTUMAGLIA by Elena Ferrante
This book invites readers into Elena Ferrante’s workshop. It offers a glimpse into the drawers of her writing desk, those drawers from which emerged her three early standalone novels and the four installments ofMy Brilliant Friend, known in English as the Neapolitan Quartet. Consisting of over 20 years of letters, essays, reflections, and interviews, it is a unique depiction of an author who embodies a consummate passion for writing.

A GAMBLER’S ANATOMY by Jonathan Lethem
Handsome, impeccably tuxedoed Bruno Alexander travels the world winning large sums of money from amateur “whales” who think they can challenge his peerless acumen at backgammon. Fronted by his pasty, vampiric manager, Edgar Falk, Bruno arrives in Berlin after a troubling run of bad luck in Singapore. Perhaps it was the chance encounter with his crass childhood acquaintance Keith Stolarsky and his smoldering girlfriend Tira Harpaz. Or perhaps it was the emergence of a blot that distorts his vision so he has to look at the board sideways.

FIRST LIGHT by Bill Rancic
Set amid the deep, wild woods of the Yukon, First Light tells the story of Daniel Albrecht and Kerry Egan, young lovers leaving a work trip in Alaska to plan their wedding back home in Chicago. Not long into their trip, both engines of their plane catch fire and send them careening into a mountainside in the middle of a terrible snowstorm. Daniel—the one person with survival experience amid the passengers—makes the courageous decision to find help and bring it back to the rest of the passengers, hoping against hope he might save the woman he loves.

BLOOD VOW by J.R. Ward
The Black Dagger Brotherhood continues to train the best of the best to join them in the deadly battle against the Lessening Society. Among the new recruits, Axe proves to be a cunning and vicious fighter—and also a loner isolated because of personal tragedy. When an aristocratic female needs a bodyguard, Axe takes the job, though he’s unprepared for the animal attraction that flares between him and the one he is sworn to protect.

BRIDGET JONES’S BABY by Helen Fielding
In this gloriously funny, touching story of baby-deadline panic, maternal bliss, and social, professional, technological, culinary and childbirth chaos, Bridget Jones – global phenomenon and the world’s favorite Singleton – is back with a bump.

BEST. STATE. EVER. by Dave Barry
We never know what will happen next in Florida. We know only that, any minute now, something will. Every few months, Dave Barry gets a call from some media person wanting to know, “What the hell is wrong with Florida?” Somehow, the state’s acquired an image as a subtropical festival of stupid, and as a loyal Floridian, Dave begs to differ. It’s the most hilarious book yet from “the funniest damn writer in the whole country” (Carl Hiaasen, and he should know). By the end, you’ll have to admit that whatever else you might think about Florida—you can never say it’s boring.

HAG-SEED by Margaret Atwood
A modern retelling of The Tempest—Margaret Atwood’s novel take on Shakespeare’s play of enchantment, retribution, and second chances leads us on an interactive, illusion-ridden journey filled with new surprises and wonders of its own.

SAMPLE THE MOST TALKED ABOUT NOVELS OF 2016