Young Authors Everyone Will Be Talking About 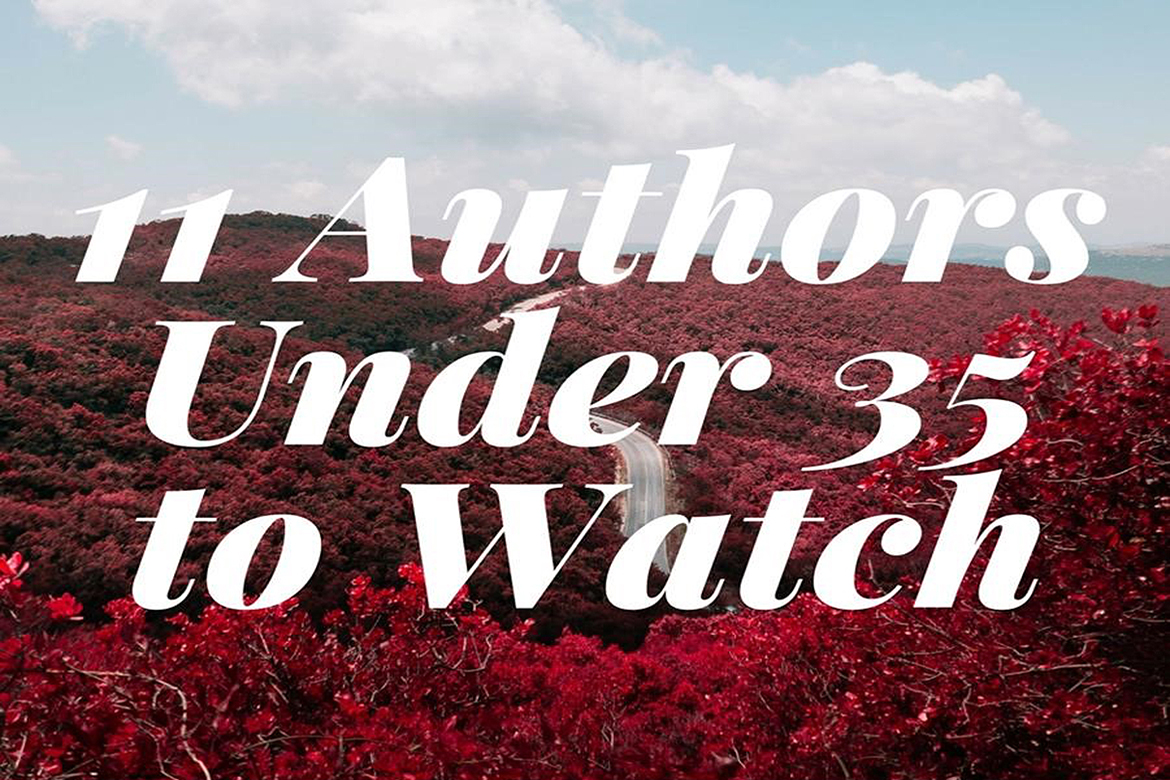 Here are 11 writers you need to know! Though they may be young, these gifted authors are stars on the rise and are bound to have long careers ahead of them.
Discover them first! 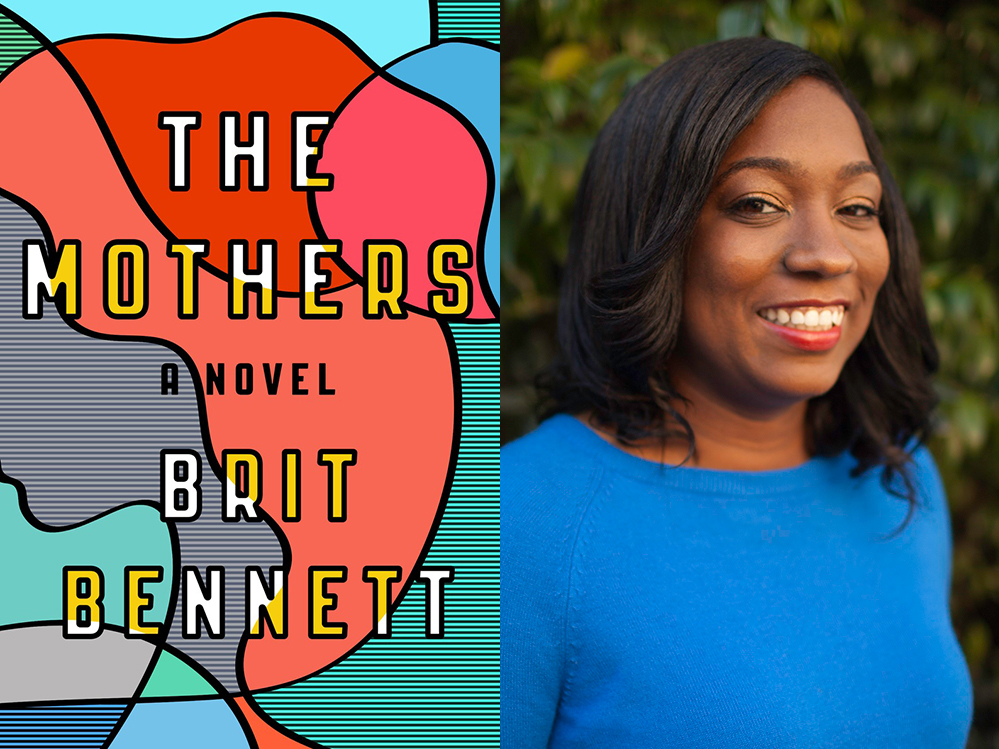 A Letter from a Young Author on the Rise: Britt Bennett

A dazzling debut—out in October—from an exciting new voice, The Mothers is a surprising story about young love, a big secret in a small community—and the things that ultimately haunt us most. Here debut novelist writes about her first job as a library page. 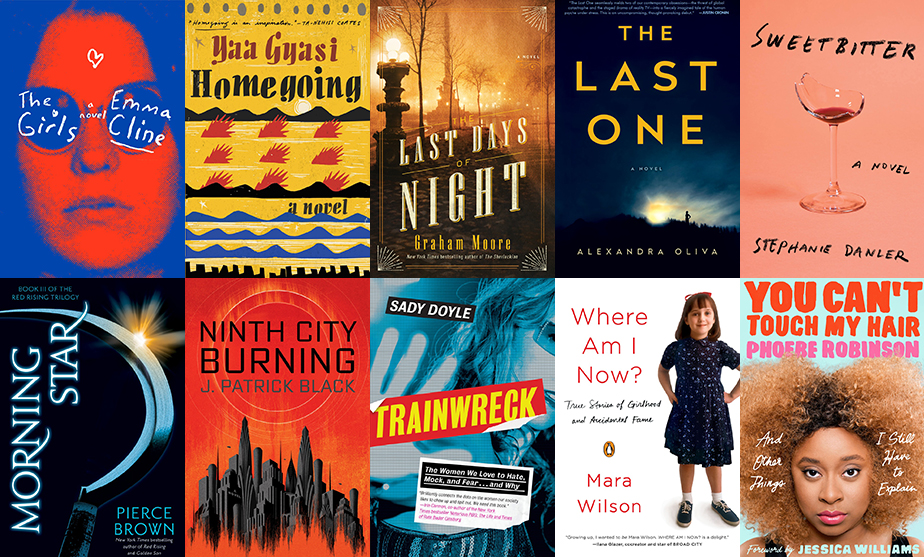 The Girls by Emma Cline
NEW YORK TIMES BESTSELLER. An indelible portrait of girls, the women they become, and that moment in life when everything can go horribly wrong—this stunning first novel is perfect for readers of Jeffrey Eugenides’s The Virgin Suicides and Jennifer Egan’s A Visit from the Goon Squad.

Homegoing by Yaa Gyasi
A novel of breathtaking sweep and emotional power that traces three hundred years in Ghana and along the way also becomes a truly great American novel. Extraordinary for its exquisite language, its implacable sorrow, its soaring beauty, and for its monumental portrait of the forces that shape families and nations, Homegoing heralds the arrival of a major new voice in contemporary fiction.

The Last Days of Night by Graham Moore
A thrilling novel based on actual events, about the nature of genius, the cost of ambition, and the battle to electrify America—from the Oscar-winning screenwriter of The Imitation Game and New York Times bestselling author of The Sherlockian.

The Last One by Alexandra Oliva
Survival is the name of the game as the line blurs between reality TV and reality itself in Alexandra Oliva’s fast-paced novel of suspense. Sophisticated and provocative, The Last One is a novel that forces us to confront the role that media plays in our perception of what is real: how readily we cast our judgments, how easily we are manipulated.

Sweetbitter by Stephanie Danler
A thrilling novel of the senses and a coming-of-age tale, following a small-town girl into the electrifying world of New York City and the education of a lifetime at one of the most exclusive restaurants in Manhattan.  Perfect for readers of Kitchen Confidential and Blood, Bones and Butter. Stephanie Danler deftly conjures the nonstop and purely adrenalized world of the restaurant—conversations interrupted, phrases overheard, and suggestions below the surface. Evoking the infinite possibility of being young in New York with heart-stopping accuracy, Sweetbitter is ultimately about the power of what remains after disillusionment, and the wisdom that comes from experience, sweet and bitter.

Morning Star by Pierce Brown
Red Rising thrilled readers and announced the presence of a talented new author. Golden Son changed the game and took the story of Darrow to the next level. Now comes the exhilarating conclusion to the Red Rising Trilogy: Morning Star.

Trainwreck by Sady Doyle
She’s everywhere once you start looking for her: the trainwreck. She’s Britney Spears shaving her head, Whitney Houston saying, “crack is whack,” and Amy Winehouse, dying in front of millions. But the trainwreck is also as old (and as meaningful) as feminism itself. For an age when any form of self-expression can be the one that ends you, Sady Doyle’s book is as fierce and intelligent as it is funny and compassionate—an essential, timely, feminist anatomy of the female trainwreck.

Where Am I Now? by Mara Wilson
Honest, insightful, and hilarious, Where Am I Now? introduces Mara Wilson as a brilliant new chronicler of the experience that is growing up young and female. A former child actress best known for her starring roles in Matilda andMrs. Doubtfire, Mara Wilson has always felt a little young and out of place: as the only kid on a film set full of adults, the first daughter in a house full of boys, a Valley girl in New York and a neurotic in California, and a grown-up the world still remembers as a little girl. Tackling everything from what she learned about sex on the set of Melrose Place, to discovering in adolescence that she was no longer “cute” enough for Hollywood, these essays chart her journey from accidental fame to relative (but happy) obscurity.

You Can’t Touch My Hair by Phoebe Robinson
A hilarious and timely essay collection about race, gender, and pop culture from upcoming comedy superstar and 2 Dope Queenspodcaster Phoebe Robinson. Using her trademark wit alongside pop-culture references galore, Robinson explores everything from why Lisa Bonet is “Queen. Bae. Jesus,” to breaking down the terrible nature of casting calls, to giving her less-than-traditional advice to the future female president, and demanding that the NFL clean up its act, all told in the same conversational voice that launched her podcast, 2 Dope Queens, to the top spot on iTunes. As personal as it is political, You Can’t Touch My Hair examines our cultural climate and skewers our biases with humor and heart, announcing Robinson as a writer on the rise.

9 Series You Want to Get Your Hands On