Back to School Reads 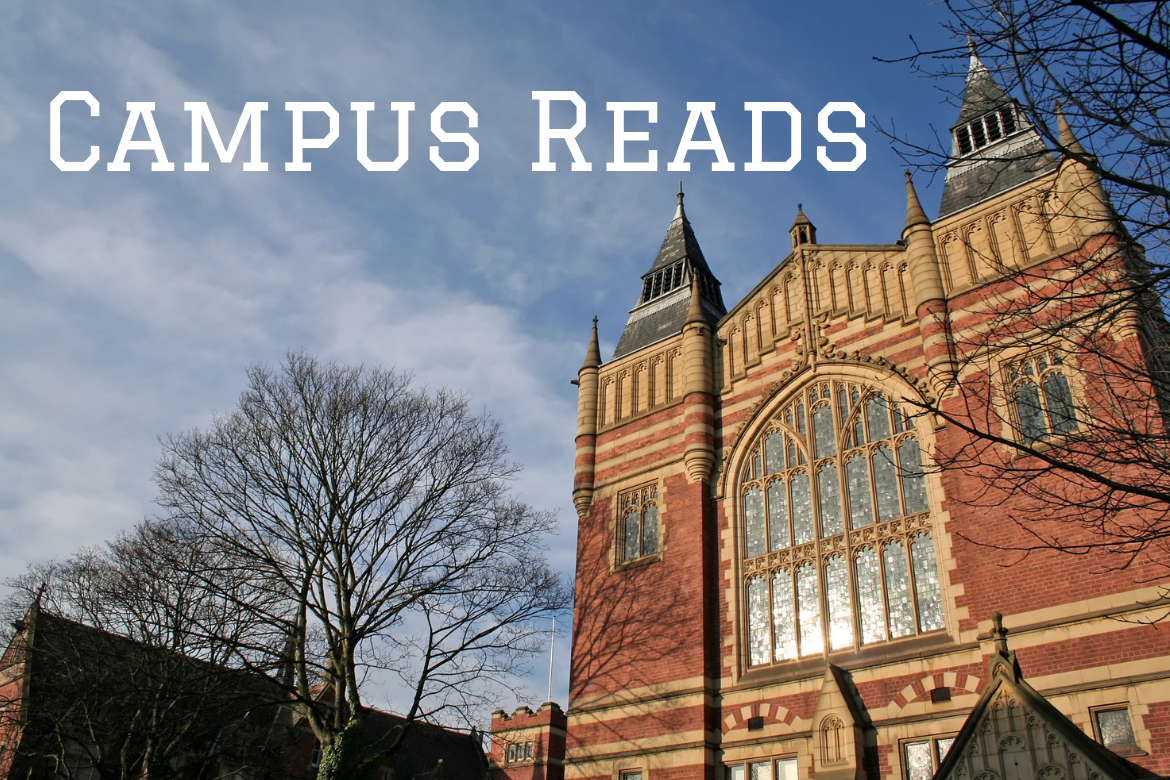 Believe it or not, students are already beginning to settle in on campus and get a head start for the next school year. Whether you’re heading to college, getting ready to navigate high school, or just missing the old school days, these campus reads are for you. 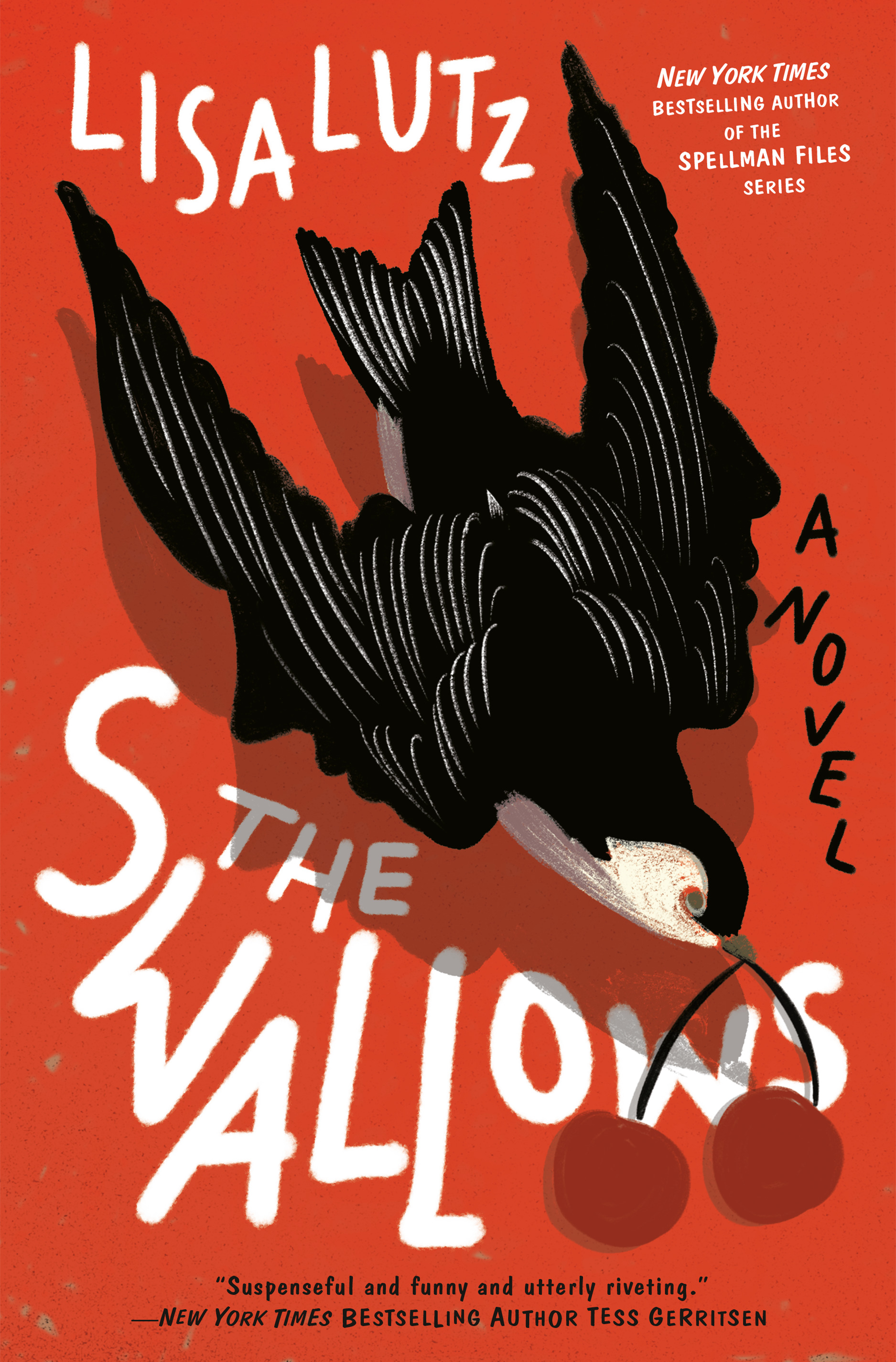 The Swallows by Lisa Lutz

A teacher at a New England prep school ignites a gender war—with deadly consequences—in this dark and provocative novel by the bestselling author of The Passenger.

When Alexandra Witt joins the faculty at Stonebridge Academy, she’s hoping to put a painful past behind her. Then one of her creative writing assignments generates some disturbing responses from students. Before long, Alex is immersed in an investigation of the students atop the school’s social hierarchy—and their connection to something called the Darkroom. She soon inspires the girls who’ve started to question the school’s “boys will be boys” attitude and incites a resistance. But just as the movement is gaining momentum, Alex attracts the attention of an unknown enemy who knows a little too much about her—and what brought her to Stonebridge in the first place.

Meanwhile, Gemma, a defiant senior, has been plotting her attack for years, waiting for the right moment. Shy loner Norman hates his role in the Darkroom, but can’t find the courage to fight back until he makes an unlikely alliance. And then there’s Finn Ford, an English teacher with a shady reputation, who keeps one eye on his literary ambitions and one on Ms. Witt. As the school’s secrets begin to trickle out, a boys-versus-girls skirmish turns into an all-out war, with deeply personal—and potentially fatal—consequences for everyone involved. 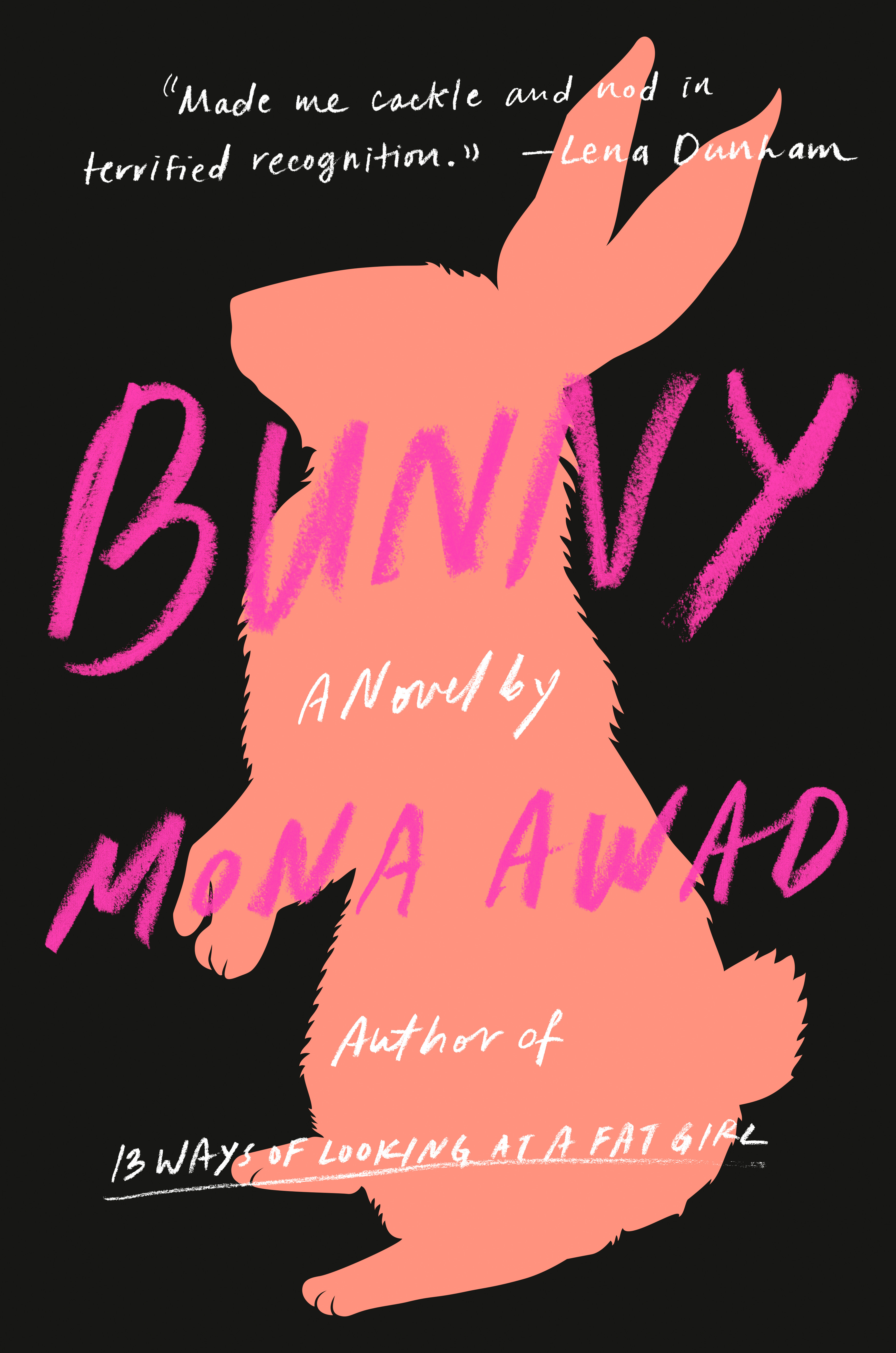 The Vegetarian meets Heathers in this darkly funny, seductively strange novel from the acclaimed author of 13 Ways of Looking at a Fat Girl.

Samantha Heather Mackey couldn’t be more of an outsider in her small, highly selective MFA program at New England’s Warren University. A scholarship student who prefers the company of her dark imagination to that of most people, she is utterly repelled by the rest of her fiction writing cohort–a clique of unbearably twee rich girls who call each other “Bunny,” and seem to move and speak as one.

But everything changes when Samantha receives an invitation to the Bunnies’ fabled “Smut Salon,” and finds herself inexplicably drawn to their front door–ditching her only friend, Ava, in the process. As Samantha plunges deeper and deeper into the Bunnies’ sinister yet saccharine world, beginning to take part in the ritualistic off-campus “Workshop” where they conjure their monstrous creations, the edges of reality begin to blur. Soon, her friendships with Ava and the Bunnies will be brought into deadly collision. 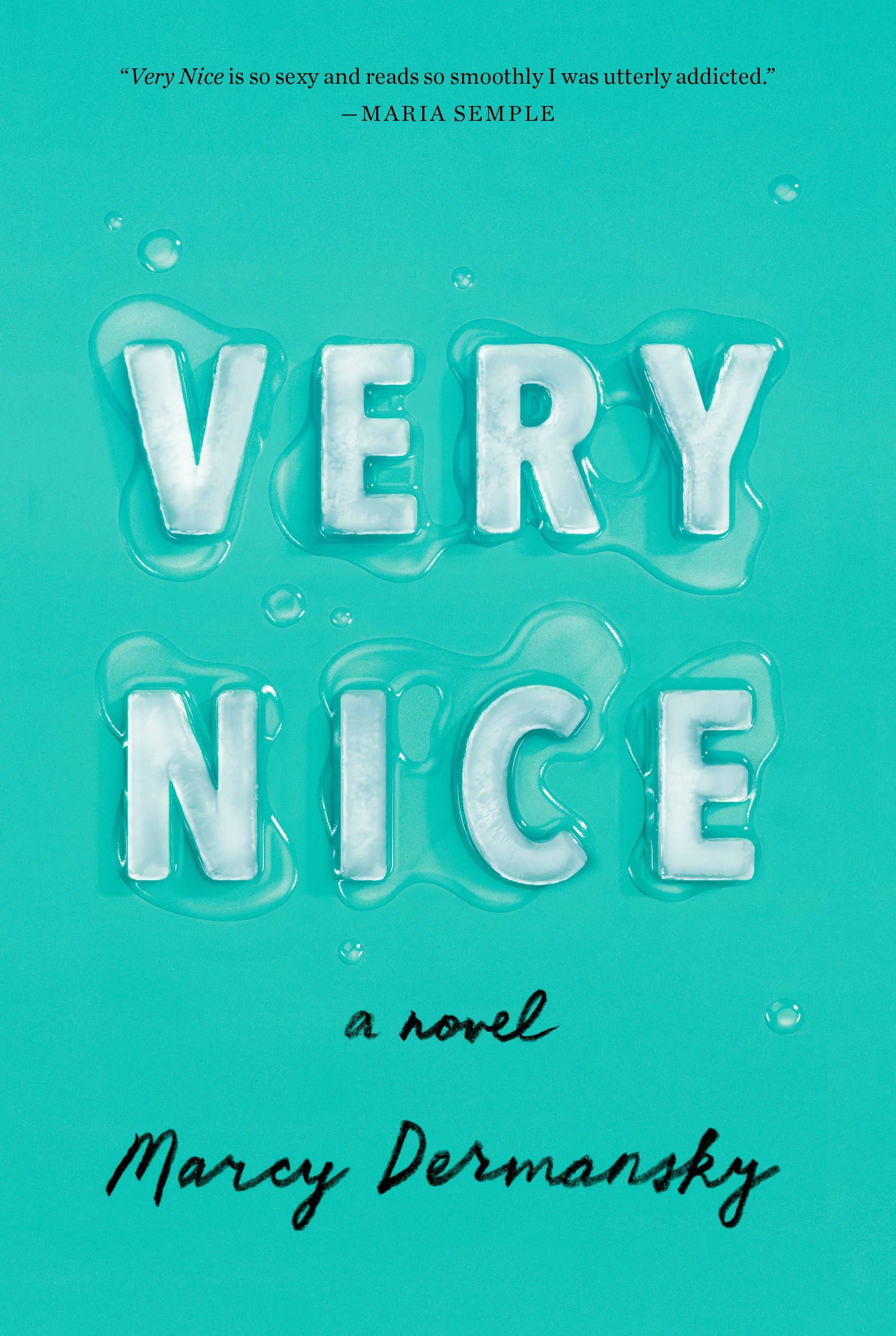 A brilliantly funny novel of bad behavior in the post-Obama era, featuring a wealthy Connecticut divorcée, her college-age daughter, and the famous novelist who is seduced by them both.

Rachel Klein never meant to kiss her creative writing professor, but with his long eyelashes, his silky hair, and the sad, beautiful life he laid bare on Twitter, she does, and the kiss is very nice. Zahid Azzam never planned to become a houseguest in his student’s sprawling Connecticut home, but with the sparkling swimming pool, the endless supply of Whole Foods strawberries, and Rachel’s beautiful mother, he does, and the home is very nice. Becca Klein never thought she’d have a love affair so soon after her divorce, but when her daughter’s professor walks into her home, bringing with him an apricot standard poodle named Princess, she does, and the affair is . . . a very bad idea. 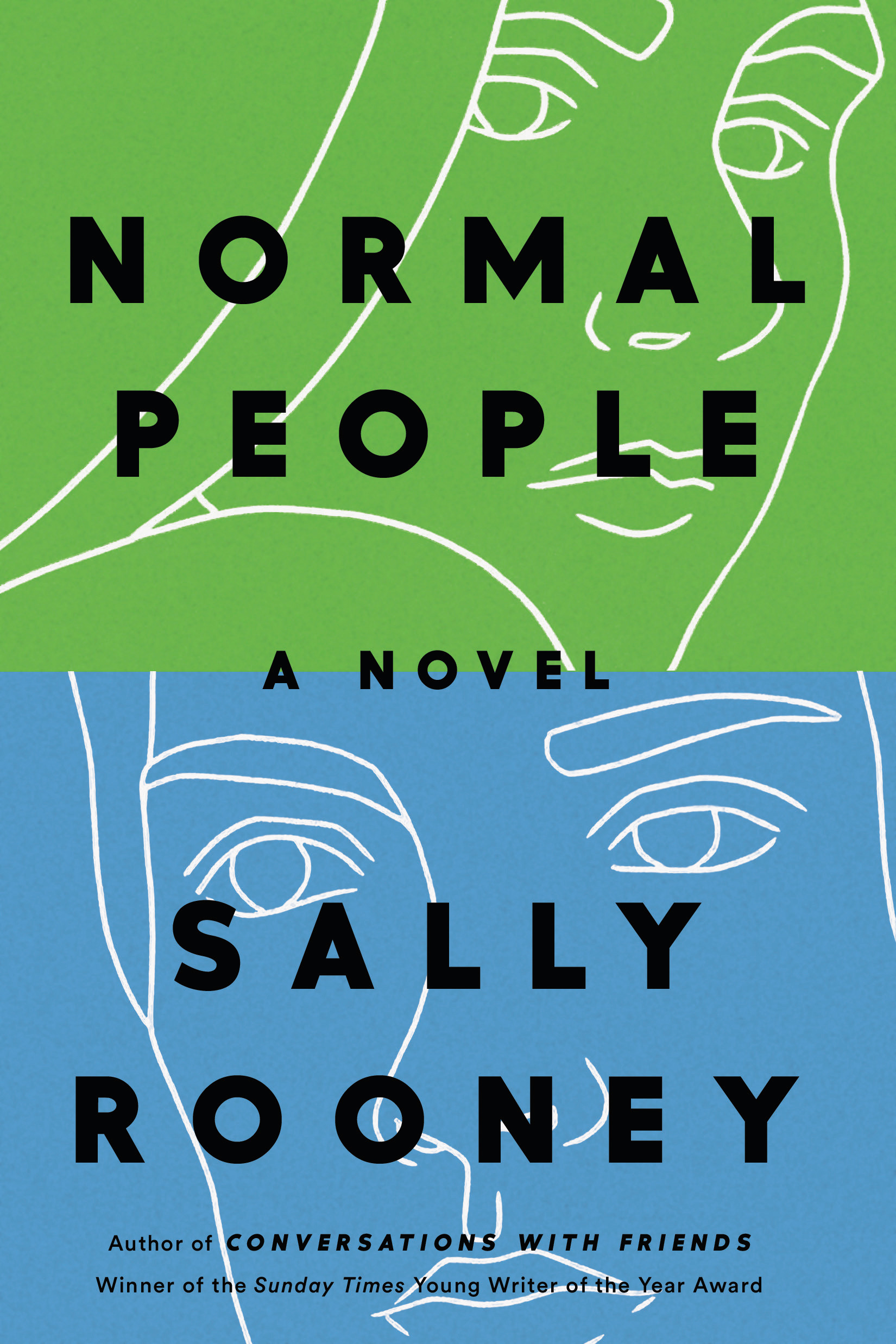 Now long listed for the Man Booker Prize, a story that explores the subtleties of class, the electricity of first love, and the complex entanglements of family and friendship from Sally Rooney, the author of Conversations with Friends.

At school Connell and Marianne pretend not to know each other. He’s popular and well-adjusted, star of the school football team, while she is lonely, proud, and intensely private. But when Connell comes to pick his mother up from her job at Marianne’s house, a strange and indelible connection grows between the two teenagers—one they are determined to conceal.

A year later, they’re both studying at Trinity College in Dublin. Marianne has found her feet in a new social world while Connell hangs at the sidelines, shy and uncertain. Throughout their years at university, Marianne and Connell circle one another, straying toward other people and possibilities but always magnetically, irresistibly drawn back together. And as she veers into self-destruction and he begins to search for meaning elsewhere, each must confront how far they are willing to go to save the other. 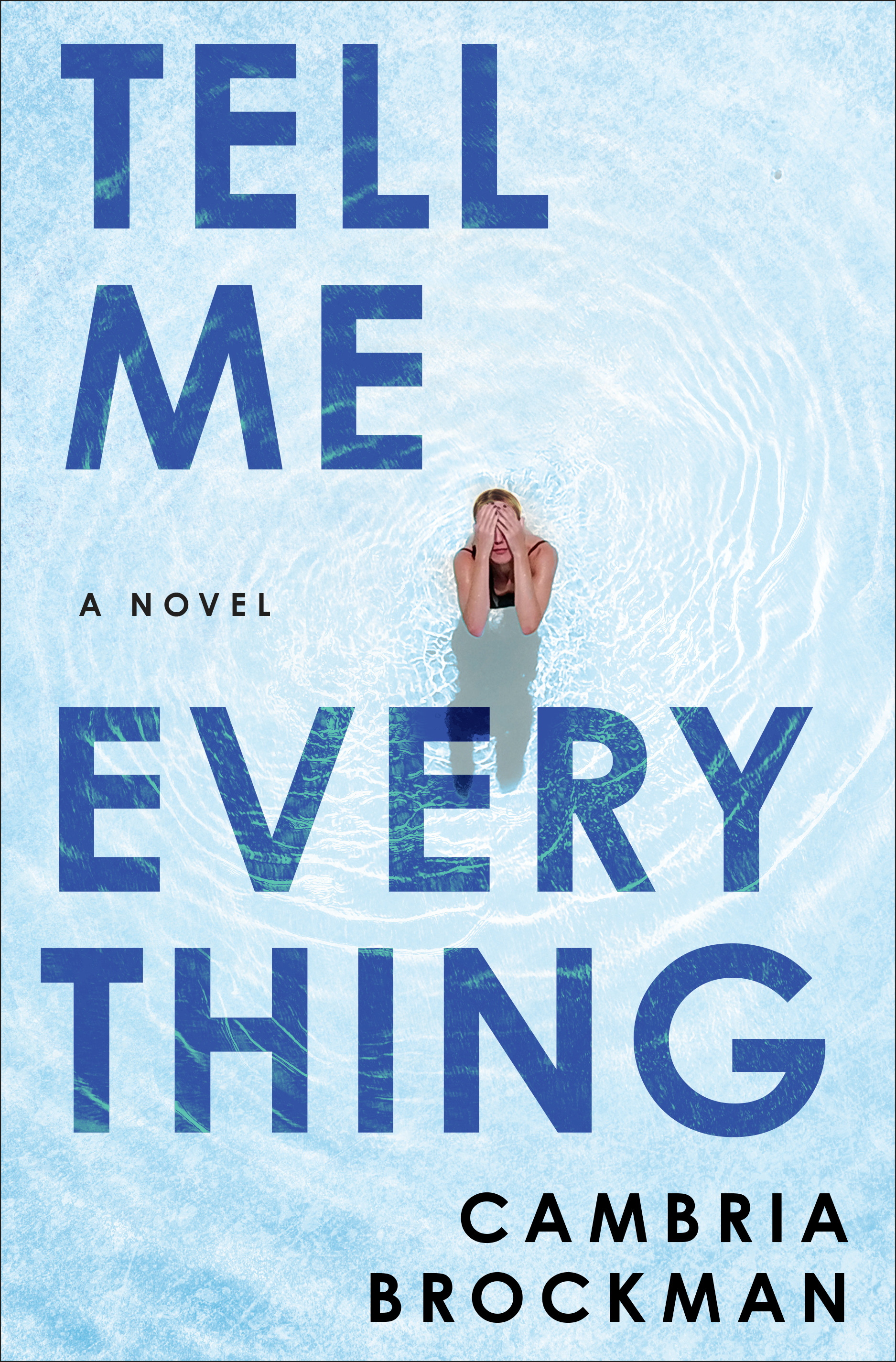 Tell Me Everything by Cambria Brockman

A mesmerizing novel that peels back the innumerable layers of a seductive protagonist, debut author Cambria Brockman brings to life an entrancing story of friendship, heartbreak, and betrayal.

In her first weeks at Hawthorne College, Malin is swept up into a tight-knit circle that will stick together through all four years. There’s Gemma, an insecure theater major from London; John, a tall, handsome, wealthy New Englander; Max, John’s cousin, a shy pre-med major; Khaled, a wisecracking prince from Abu Dhabi; and Ruby, a beautiful art history major. But Malin isn’t like the rest of her friends. She’s an expert at hiding her troubled past. She acts as if she shares the preoccupations of those around her—dating, partying—all while using her extraordinary insight to detect their deepest vulnerabilities and weaknesses.

By Senior Day, on the cusp of graduation, Malin’s secrets—and those of her friends—are revealed. While she scrambles to maintain her artfully curated image, her missteps set in motion a devastating chain of events that ends in a murder. And as fragile relationships hang in the balance and close alliances shift, Malin must test the limits of what she’s capable of to stop the truth from coming out. 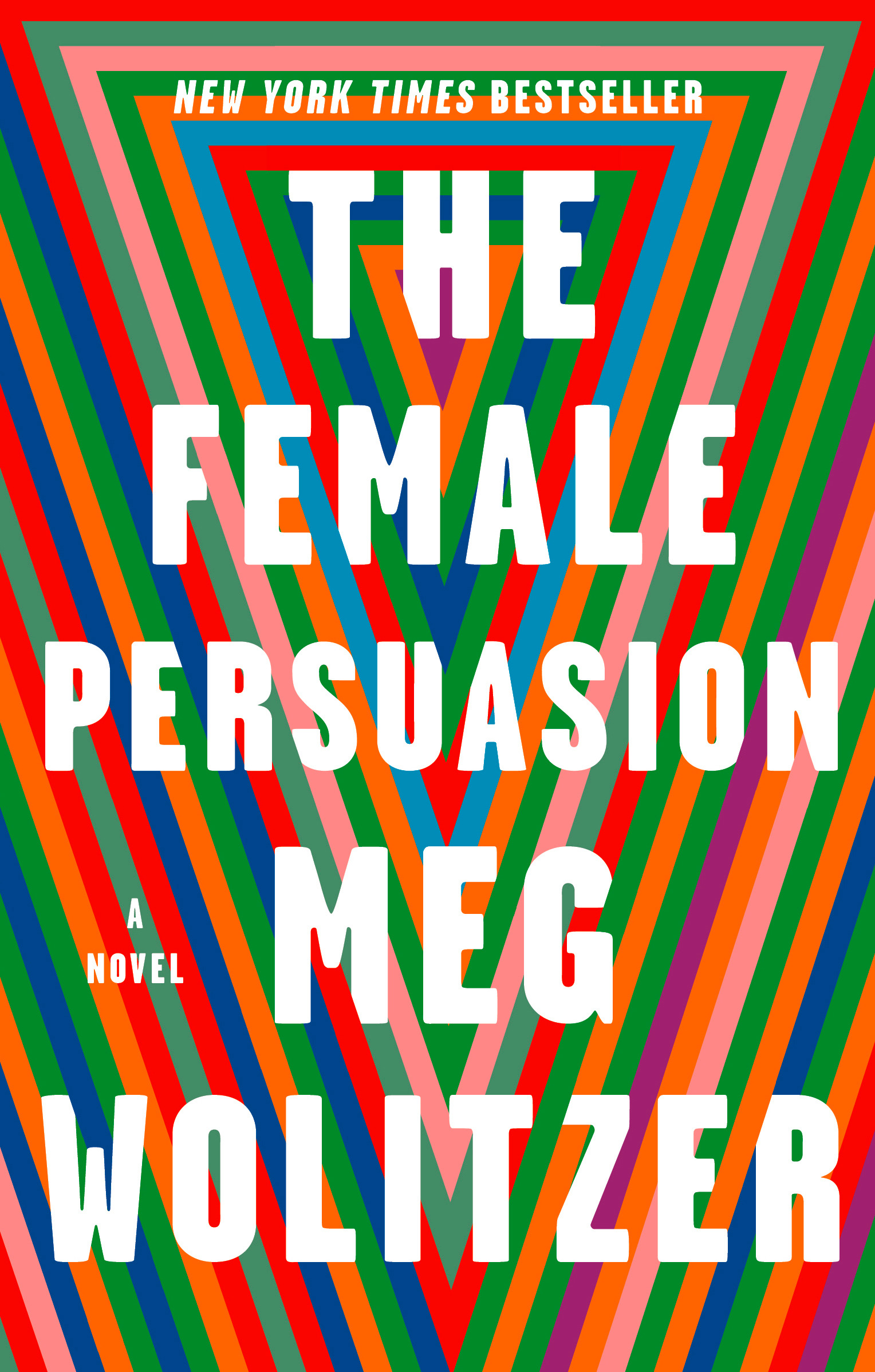 The Female Persuasion by Meg Wolitzer

Greer Kadetsky is a shy college freshman when she meets the woman she hopes will change her life. Faith Frank, dazzlingly persuasive and elegant at sixty-three, has been a central pillar of the women’s movement for decades, a figure who inspires others to influence the world. Upon hearing Faith speak for the first time, Greer—madly in love with her boyfriend, Cory, but still full of longing for an ambition that she can’t quite place—feels her inner world light up. And then, astonishingly, Faith invites Greer to make something out of that sense of purpose, leading Greer down the most exciting path of her life as it winds toward and away from her meant-to-be love story with Cory and the future she’d always imagined.

Juliet the Maniac by Juliet Escoria

A portrait of a young teenager’s fight toward understanding and recovering from mental illness that is shockingly honest, funny, and heartfelt.

“[With] heft and a sense of authenticity, Escoria earns the readers’ trust early… Juliet the Maniac is a heartfelt, raw, powerfully told story about surviving mental illness and learning to cope with inner demons.”—NPR.org