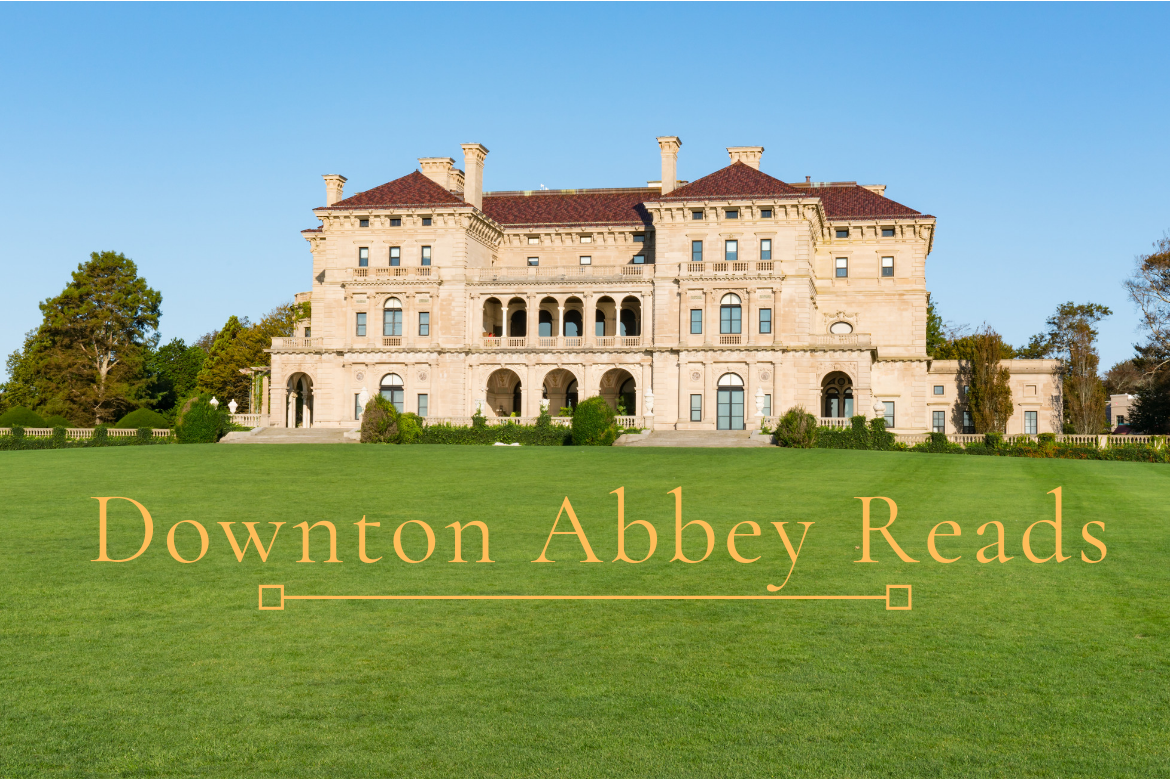 The much-anticipated Downton Abbey movie premieres on September 20th—get ready to reunite with the Crawleys by checking out these historical reads and read-alikes that take the biscuit. 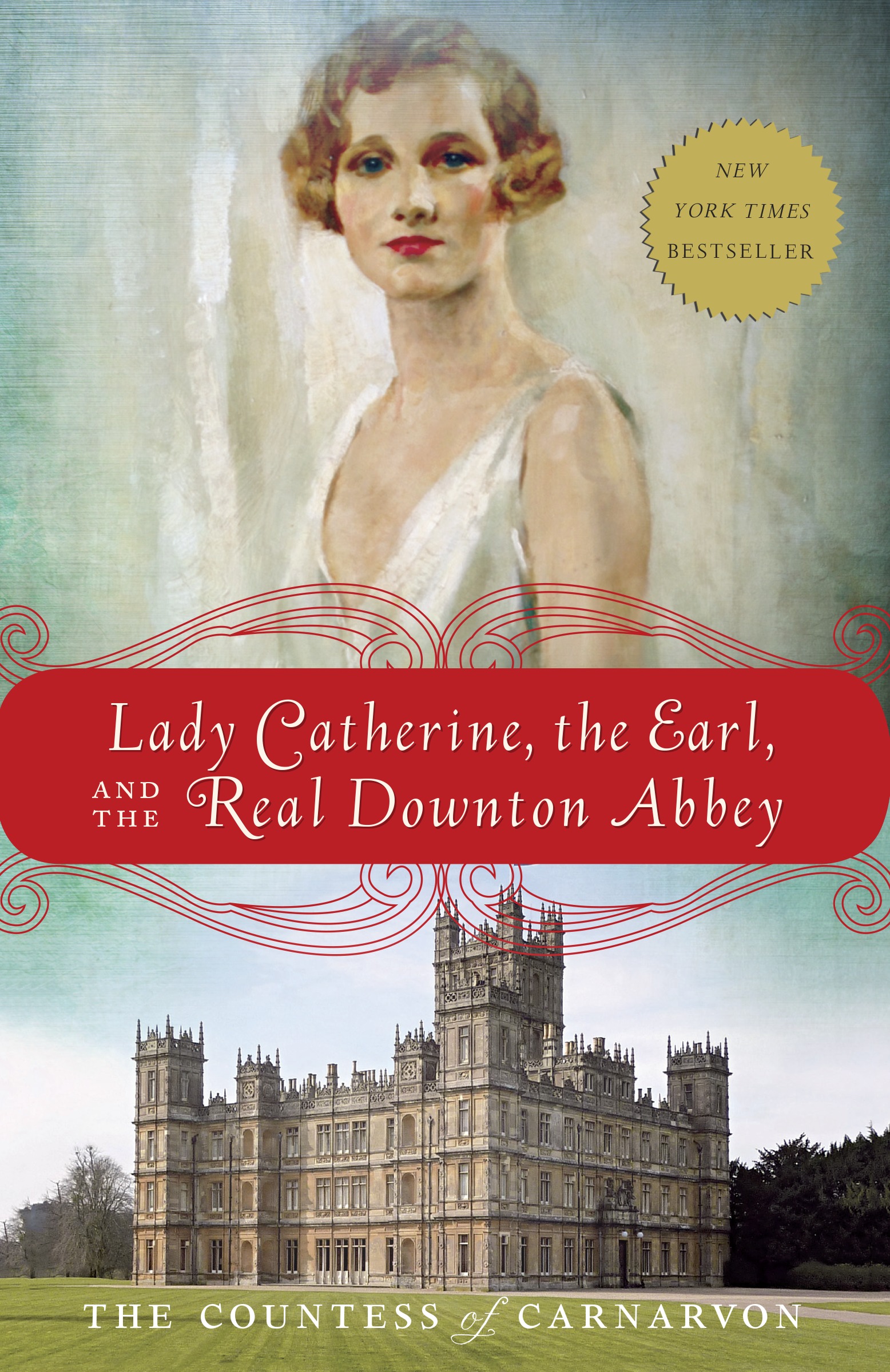 Lady Catherine, the Earl, and the Real Downton Abbey by The Countess of Carnarvon

The story behind Highclere Castle, the setting for Julian Fellowes’s Emmy Award-winning PBS show Downton Abbey, and the life of one of its most famous inhabitants, Catherine Wendell.

In this transporting companion piece to the New York Times bestseller Lady Almina and the Real Downton Abbey, Catherine, a beautiful and spirited American woman who married Lady Almina’s son, the man who would become the 6th Earl of Carnarvon, presides over the grand estate during a tumultuous time for the British aristocracy. Following the First World War, many of the great houses of England faded as their owners fortunes declined in the new political and social world of the 1920s and 1930s. As war loomed, Highclere’s survival as the family home of the Carnarvons was again in the balance—as was peace between the nations of Europe.

Using copious materials—including diaries and scrapbooks—from the castle’s archives, the current Countess of Carnarvon brings alive a very modern story in a beautiful and fabled setting, paying particular attention to the staff who provide Highclere Castle with continuity between generations. 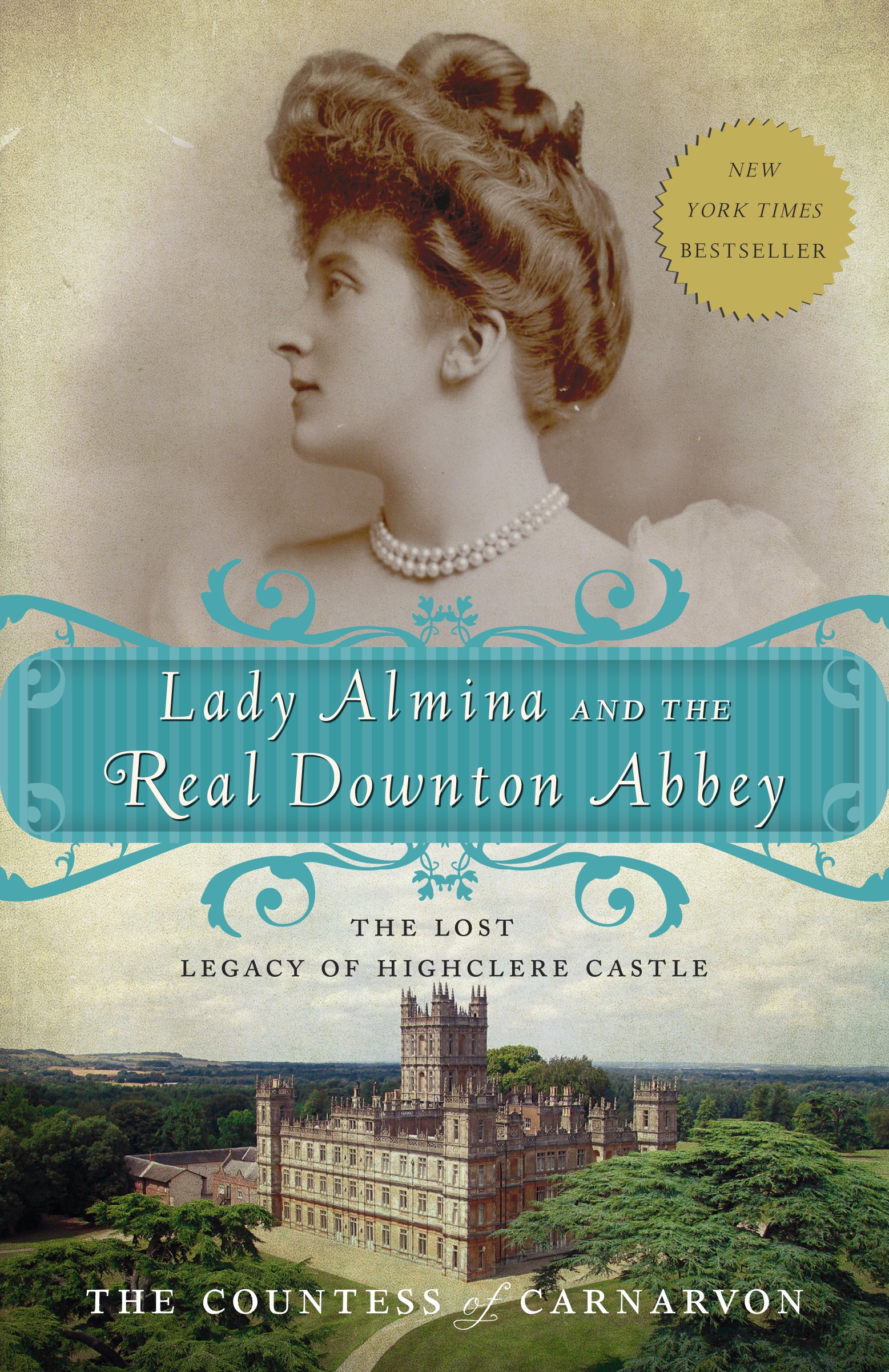 Lady Almina and the Real Downton Abbey: The Lost Legacy of Highclere Castle by The Countess of Carnarvon

The real-life inspiration and setting for the Emmy Award-winning Downton Abbey, Lady Almina and the Real Downton Abbey tells the story behind Highclere Castle and the life of one of its most famous inhabitants, Lady Almina, the 5th Countess of Carnarvon.

Drawing on a rich store of materials from the archives of Highclere Castle, including diaries, letters, and photographs, the current Lady Carnarvon has written a transporting story of this fabled home on the brink of war. Much like her Masterpiece Classic counterpart, Lady Cora Crawley, Lady Almina was the daughter of a wealthy industrialist, Alfred de Rothschild, who married his daughter off at a young age, her dowry serving as the crucial link in the effort to preserve the Earl of Carnarvon’s ancestral home. Throwing open the doors of Highclere Castle to tend to the wounded of World War I, Lady Almina distinguished herself as a brave and remarkable woman.

This rich tale contrasts the splendor of Edwardian life in a great house against the backdrop of the First World War and offers an inspiring and revealing picture of the woman at the center of the history of Highclere Castle. 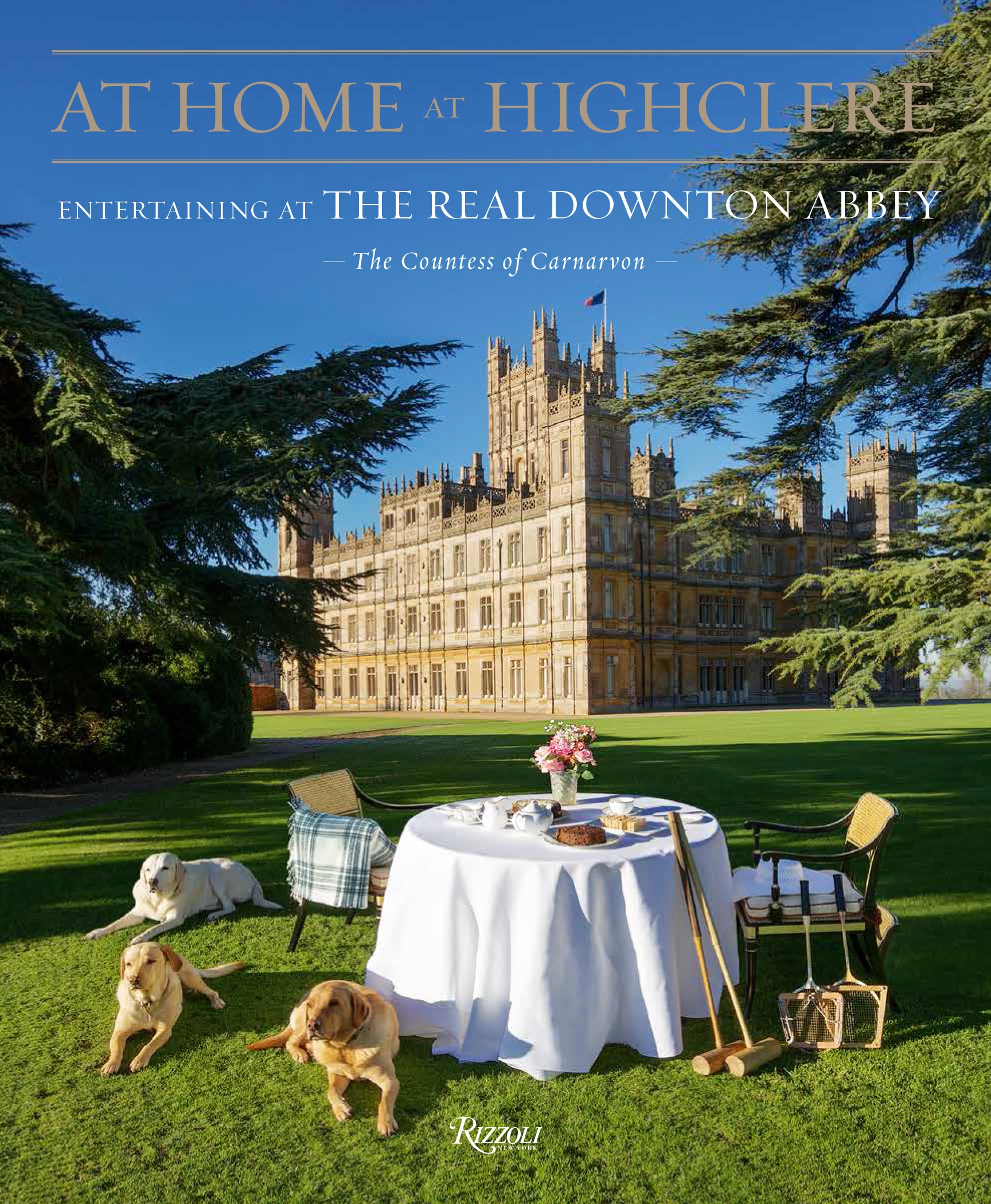 At Home at Highclere: Entertaining at the Real Downton Abbey by The Countess of Carnarvon

Written by the current lady of the manor, this book gives complete access to the world-renowned historic country house and showcases the art of entertaining, past and present.

Highclere Castle, famed as the setting for Downton Abbey, is the epitome of how we imagine the perfect English country house. Long the Carnarvon fami­ly’s ancestral country seat, Highclere has welcomed royalty, statesmen, and notables from the worlds of business, academia, and the arts for shooting parties, elegant fêtes, and celebrations in the grand style.

Lady Fiona Carnarvon, the current chatelaine, invites readers inside Highclere, past and present, as she describes how to entertain in the style of a stately English country house: the etiquette of the invi­tation, multi-course meals, correct seating arrange­ments, proper attire, setting the table. She delves into family archives to highlight four real-life historic weekend parties over a seventy-year period during which Highclere hosted an ever-changing cast of notable figures—including Benjamin Disraeli and the Prince of Wales—exploring how society and enter­taining changed decade by decade.

Read-Alikes for Every Downton Abbey Fan: 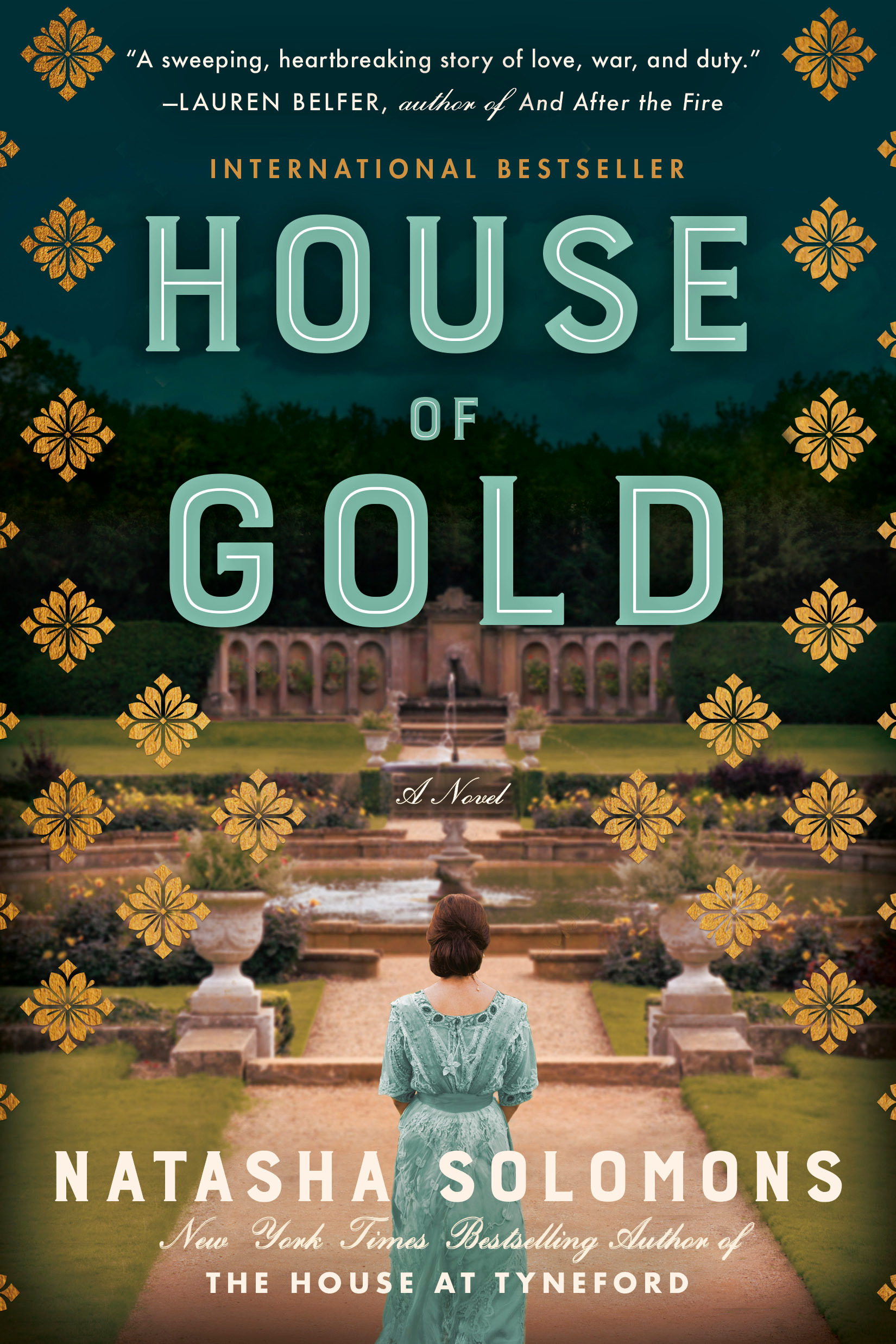 House of Gold by Natasha Solomons

From the New York Times bestselling author of The House at Tyneford, an epic family saga about a headstrong Austrian heiress who will be forced to choose between the family she’s made and the family that made her at the outbreak of World War I.

The start of a marriage. The end of a dynasty.

It’s 1911 and Greta Goldbaum is forced to move from glittering Vienna to damp England to wed Albert, a distant cousin. The Goldbaum family are one of the wealthiest in the world, with palaces across Europe, but as Jews and perpetual outsiders they know that strength lies in family. At first defiant and lonely, slowly Greta softens toward Albert, and as the wild paths and untamed beauty of Greta’s new English garden begin to take shape, so too does their love begin to blossom. But World War I looms and even the influential Goldbaums cannot alter its course. For the first time in two hundred years, the family will find itself on opposing sides, and Greta will have to choose: the family she’s created, or the one she left behind. 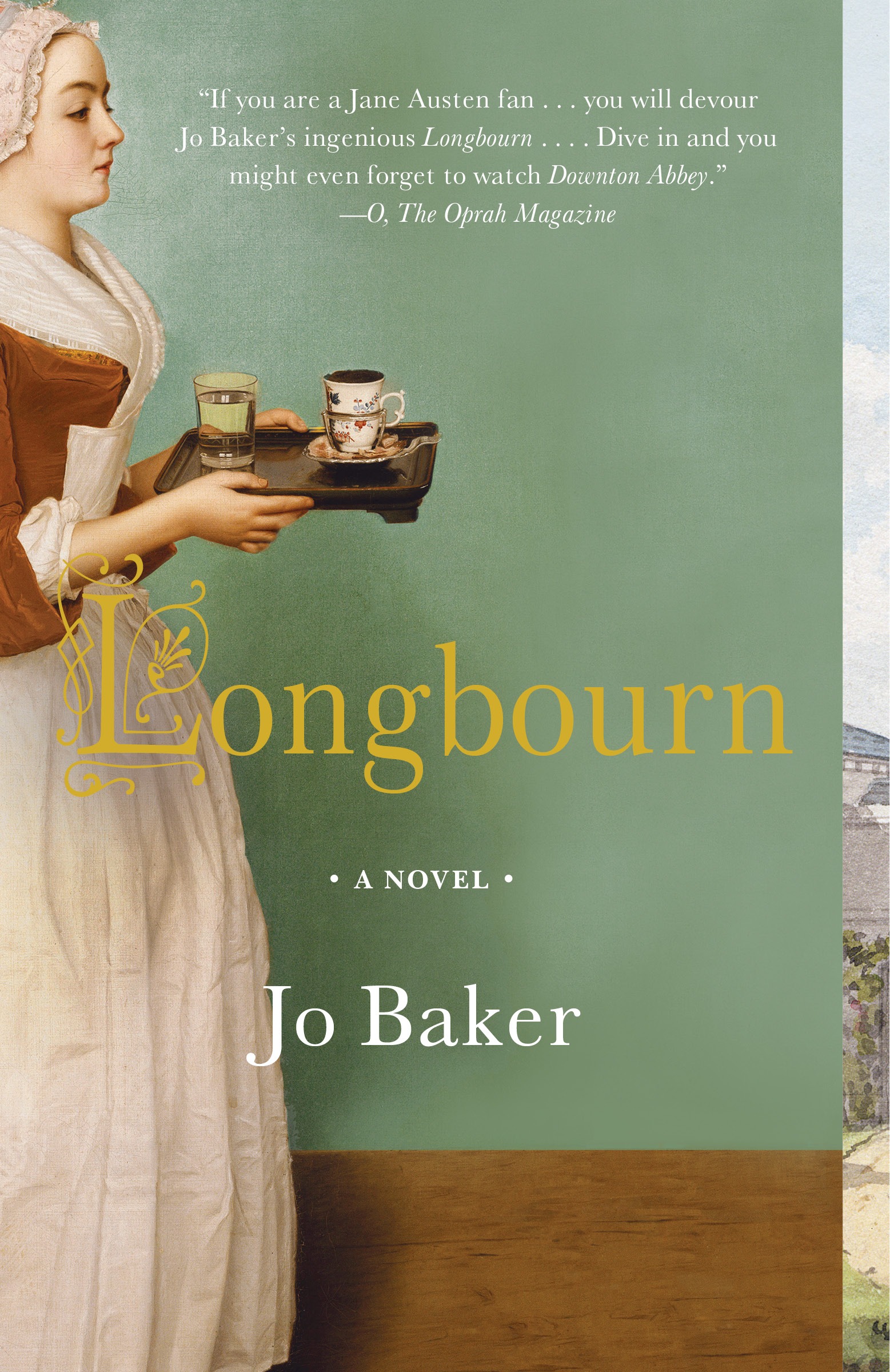 The servants take center stage in this irresistibly imagined belowstairs answer to Pride and Prejudice.

While Elizabeth Bennet and her sisters fuss over balls and husbands, Sarah, their orphaned housemaid, is beginning to chafe against the boundaries of her class. When a new footman arrives at Longbourn under mysterious circumstances, the carefully choreographed world she has known all her life threatens to be completely, perhaps irrevocably, upended. Mentioned only fleetingly in Jane Austen’s classic, here Jo Baker dares to take us beyond the drawing rooms of Regency England and, in doing so, uncovers the real world of the novel that has captivated readers’ hearts around the world for generations. 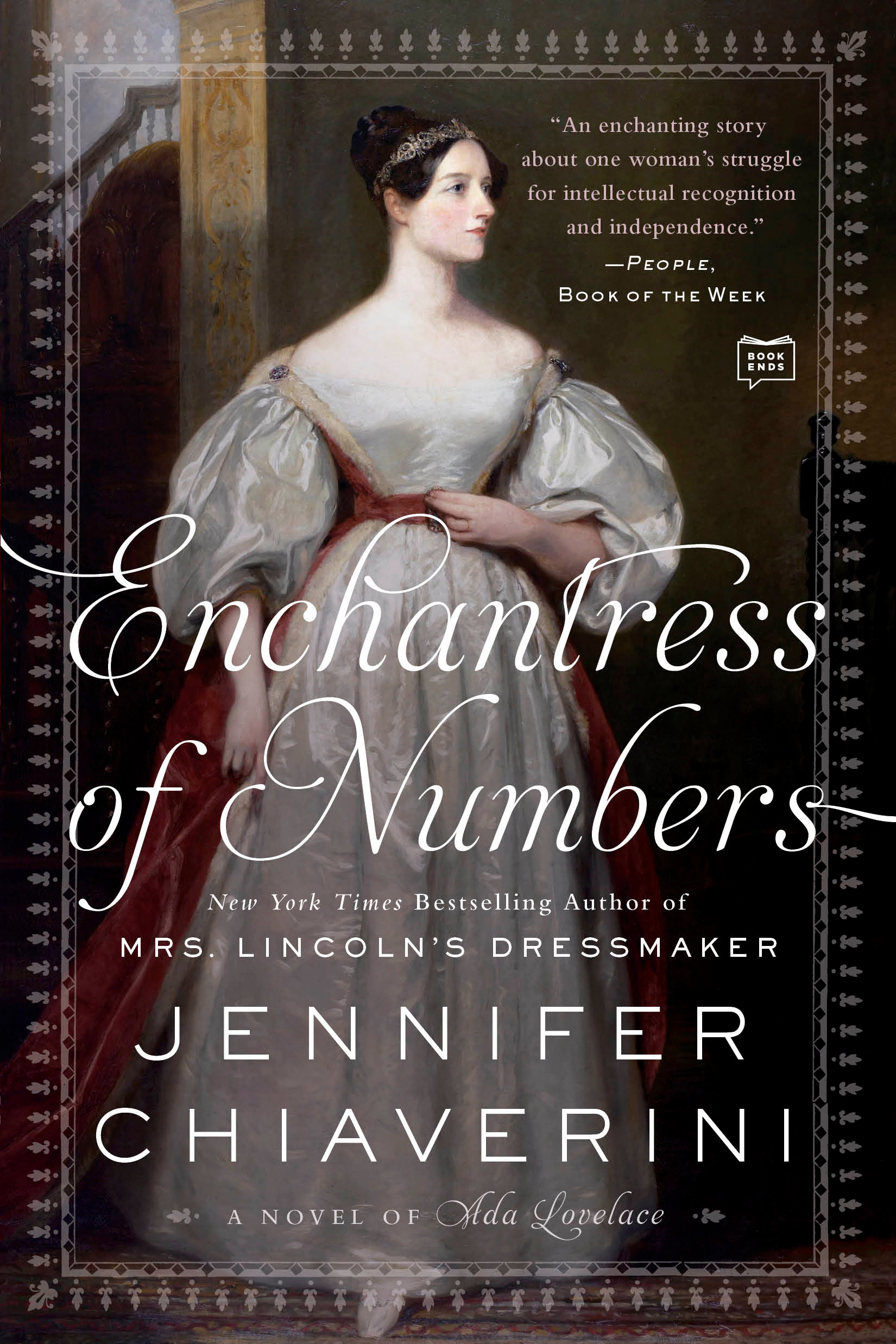 Enchantress of Numbers by Jennifer Chiaverini

The only legitimate child of Lord Byron, the most brilliant, revered, and scandalous of the Romantic poets, Ada was destined for fame long before her birth. But her mathematician mother, estranged from Ada’s infamous and destructively passionate father, is determined to save her only child from her perilous Byron heritage. Banishing fairy tales and make-believe from the nursery, Ada’s mother provides her daughter with a rigorous education grounded in mathematics and science. Any troubling spark of imagination—or worse yet, passion or poetry—is promptly extinguished. Or so her mother believes.

When Ada is introduced into London society as a highly eligible young heiress, she at last discovers the intellectual and social circles she has craved all her life. Little does she realize how her exciting new friendship with Charles Babbage—the brilliant, charming, and occasionally curmudgeonly inventor of an extraordinary machine, the Difference Engine—will define her destiny. 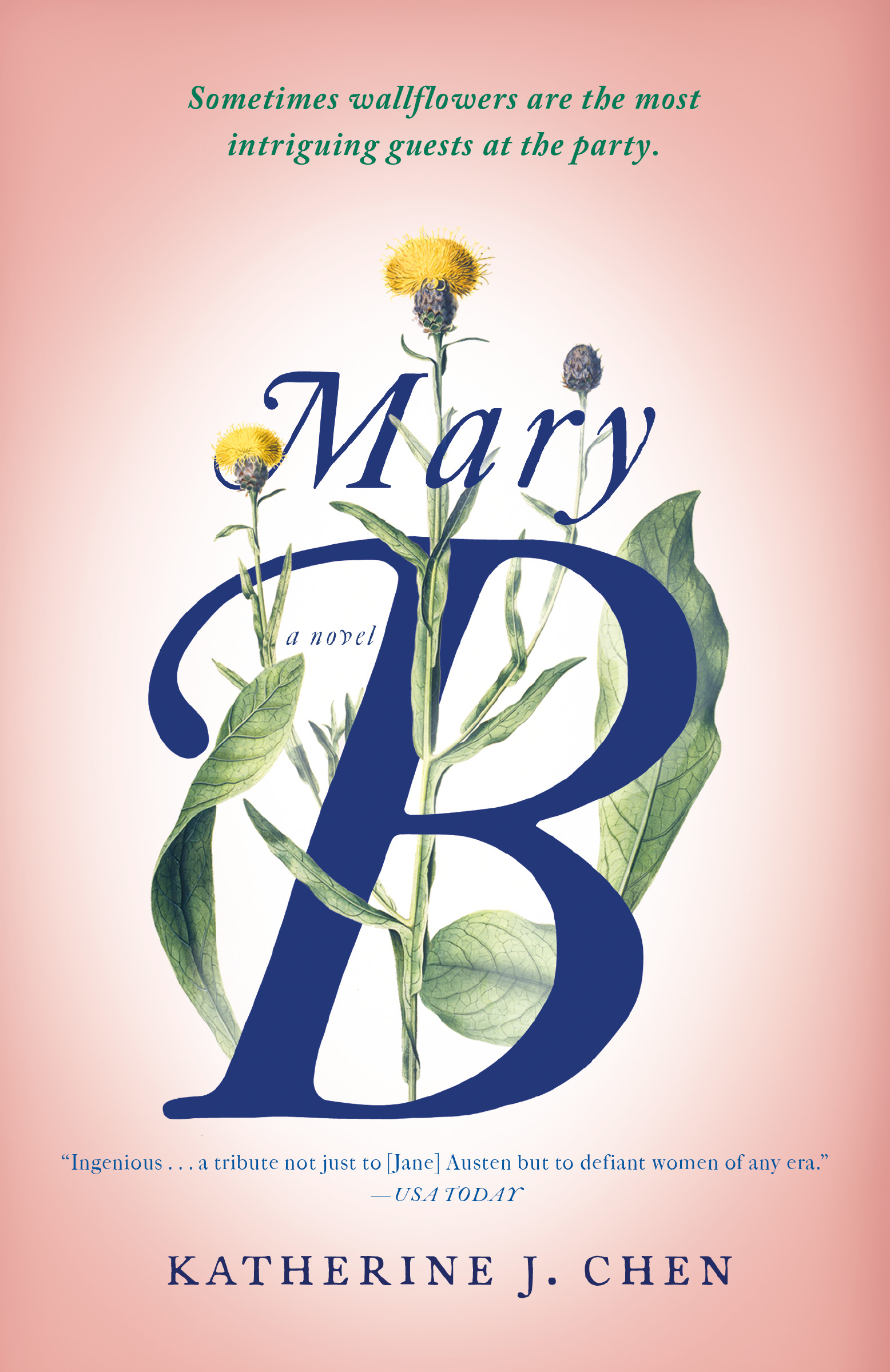 Mary B by Katherine J. Chen

The overlooked middle sister in Pride and Prejudice casts off her prim exterior and takes center stage in this fresh retelling of the classic novel.

What is to be done with Mary Bennet? She possesses neither the beauty of her eldest sister, Jane, nor the high-spirited wit of second-born Lizzy. Even compared to her frivolous younger siblings, Kitty and Lydia, Mary knows she is lacking in the ways that matter for single, not-so-well-to-do women in nineteenth-century England who must secure their futures through the finding of a husband. As her sisters wed, one by one, Mary pictures herself growing old, a spinster with no estate to run or children to mind, dependent on the charity of others. At least she has the silent rebellion and secret pleasures of reading and writing to keep her company.

But even her fictional creations are no match for the scandal, tragedy, and romance that eventually visit Mary’s own life. In Mary B, readers are transported beyond the center of the ballroom to discover that wallflowers are sometimes the most intriguing guests at the party. Beneath Mary’s plain appearance and bookish demeanor simmers an inner life brimming with passion, humor, and imagination—and a voice that demands to be heard. 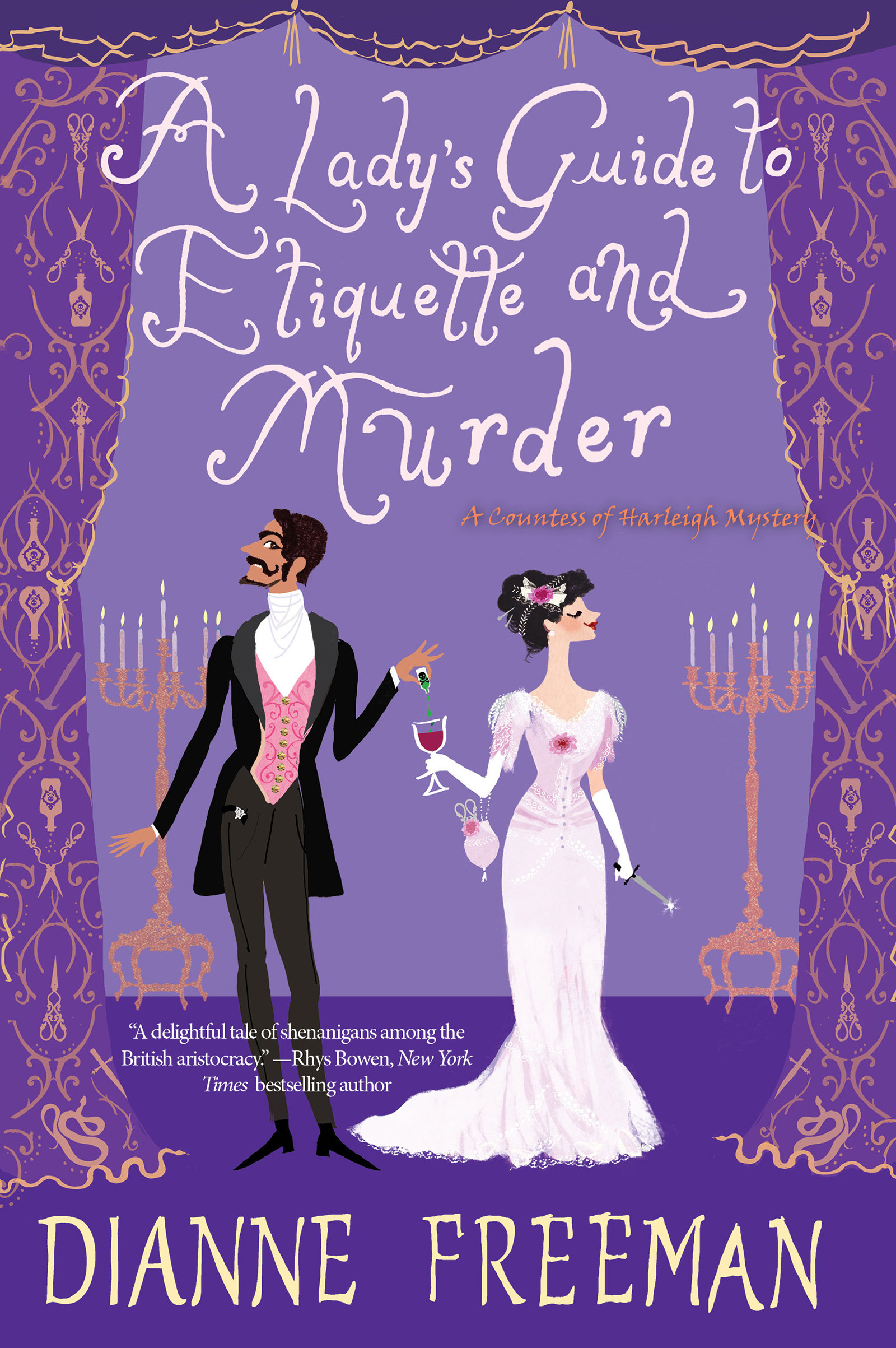 A Lady’s Guide to Etiquette and Murder by Dianne Freeman

Frances Wynn, the American-born Countess of Harleigh, enjoys more freedom as a widow than she did as a wife. With her young daughter in tow, Frances rents a home in Belgravia and prepares to welcome her sister, Lily, arriving from New York—for her first London season.

But no sooner has Frances begun her new life than the Metropolitan police receive an anonymous letter implicating Frances in her husband’s death. Frances assures Inspector Delaney of her innocence, but she’s also keen to keep him from learning the scandalous circumstances of Reggie’s demise. As fate would have it, her dashing new neighbor, George Hazelton, is one of only two other people aware of the full story.

While busy with social engagements on Lily’s behalf, and worrying if Reggie really was murdered, Frances rallies her wits, a circle of gossips, and the ever-chivalrous Mr. Hazelton to uncover the truth. A killer is in their midst and Frances must unmask the villain before Lily’s season—and their lives—come to a most unseemly end.

Back to School Reads