From Books to the Big Screen 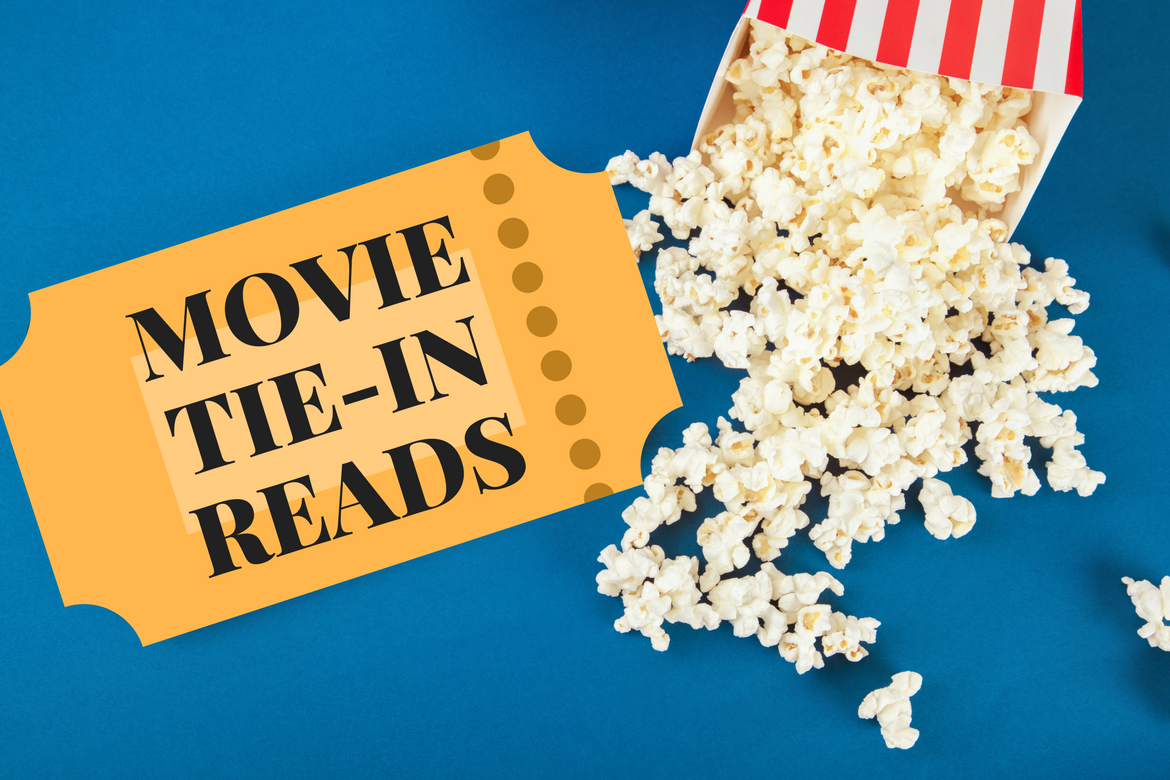 As book lovers, we know that the book is often better than the movie. So grab your popcorn, kick back, and check out these popular movie tie-ins that are now available or coming soon to a reading chair near you. 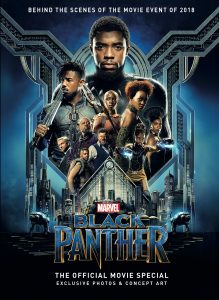 With exclusive behind the scenes photos from the movie sets, stunning concept art revealing the beautiful, secretive nation of Wakanda, interviews with the stars of the film, including Chadwick Boseman, Michael B. Jordan, Lupita Nyong’o, Andy Serkis, Martin Freeman, Forest Whitaker and Danai Gurira, this stunning collector’s book is a must-have for all fans of everything Marvel! 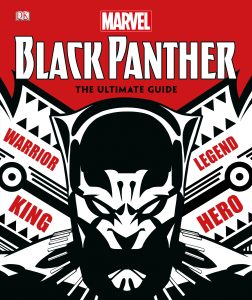 Explore the powers, weapons, technology, and suits of the warrior, monarch, scientist, and Super Hero Black Panther, king of Wakanda—from his debut in 1966 to the present.

This comprehensive book showcases stunning Black Panther comic artwork and profiles iconic characters, such as T’Challa, and his friends and allies, including Luke Cage, The Falcon, and Storm. Meet the foes, too, like Ulysses Klaw, Erik Killmonger, Doctor Doom, and Sub-Mariner.

Packed full of information about Black Panther, the book includes an in-depth look at the characters, key issues, and iconic storylines, spotlighting pivotal moments and story arcs in the history of Black Panther, including “Panther’s Rage,” “Doomwar,” and “Secret Invasion,” and “A Nation Under Our Feet.” 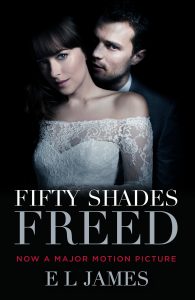 Based on volume three of the phenomenal New York Times bestselling Fifty Shades of Grey trilogy.

Now, Ana and Christian have it all–love, passion, intimacy, wealth, and a world of possibilities for their future. But Ana knows that loving her Fifty Shades will not be easy, and that being together will pose challenges that neither of them would anticipate. Ana must somehow learn to share Christian’s opulent lifestyle without sacrificing her own identity. And Christian must overcome his compulsion to control as he wrestles with the demons of a tormented past.

Just when it seems that their strength together will eclipse any obstacle, misfortune, malice, and fate conspire to make Ana’s deepest fears turn to reality.

This book is intended for mature audiences. 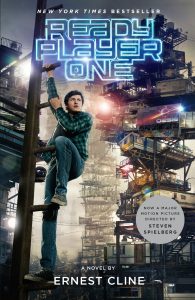 The bestselling cult classic—soon to be a major motion picture directed by Steven Spielberg. In theaters March 29, 2018.

You Were Never Really Here by Jonathan Ames

Soon to be a major motion picture starring Joaquin Phoenix. In theaters April 6, 2018.

Joe has witnessed things that cannot be erased. A former FBI agent and Marine, his abusive childhood has left him damaged beyond repair. He has completely withdrawn from the world and earns his living rescuing girls who have been kidnapped into the sex trade.

When he’s hired to save the daughter of a corrupt New York senator held captive at a Manhattan brothel, he stumbles into a dangerous web of conspiracy, and he pays the price. As Joe’s small web of associates are picked off one by one, he realizes that he has no choice but to take the fight to the men who want him dead.

Brutal and redemptive in equal measure, You Were Never Really Here is a toxic shot of a thriller, laced with corruption, revenge and the darkest of inner demons. 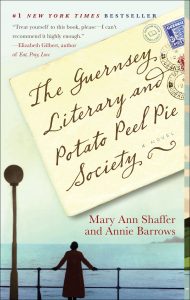 January 1946: London is emerging from the shadow of the Second World War, and writer Juliet Ashton is looking for her next book subject. Who could imagine that she would find it in a letter from a man she’s never met, a native of the island of Guernsey, who has come across her name written inside a book by Charles Lamb . . .

As Juliet and her new correspondent exchange letters, Juliet is drawn into the world of this man and his friends—and what a wonderfully eccentric world it is. The Guernsey Literary and Potato Peel Pie Society—born as a spur-of-the-moment alibi when its members were discovered breaking curfew by the Germans occupying their island—boasts a charming, funny, deeply human cast of characters, from pig farmers to phrenologists, literature lovers all.

Juliet begins a remarkable correspondence with the society’s members, learning about their island, their taste in books, and the impact the recent German occupation has had on their lives. Captivated by their stories, she sets sail for Guernsey, and what she finds will change her forever. 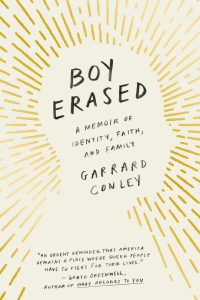 A beautiful, raw and compassionate story about identity, love and understanding set to star Russell Crow and Nicole Kidman. In theaters September 28, 2018.

The son of a Baptist pastor and deeply embedded in church life in small town Arkansas, as a young man Garrard Conley was terrified and conflicted about his sexuality.

When Garrard was a nineteen-year-old college student, he was outed to his parents, and was forced to make a life-changing decision: either agree to attend a church-supported conversion therapy program that promised to “cure” him of homosexuality; or risk losing family, friends, and the God he had prayed to every day of his life.

Through an institutionalized Twelve-Step Program heavy on Bible study, he was supposed to emerge heterosexual, ex-gay, cleansed of impure urges and stronger in his faith in God for his brush with sin. Instead, even when faced with a harrowing and brutal journey, Garrard found the strength and understanding to break out in search of his true self and forgiveness.

By confronting his buried past and the burden of a life lived in shadow, Garrard traces the complex relationships among family, faith, and community. At times heart-breaking, at times triumphant, this memoir is a testament to love that survives despite all odds. 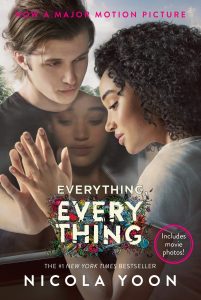 Everything, Everything by Nicola Yoon

What if you couldn’t touch anything in the outside world? Never breathe in the fresh air, feel the sun warm your face . . . or kiss the boy next door? In Everything, Everything, Maddy is a girl who’s literally allergic to the outside world, and Olly is the boy who moves in next door and becomes the greatest risk she’s ever taken.

Innovative, inspiring, and heartbreakingly romantic, Everything, Everything will make you laugh, cry, and feel everything in between. 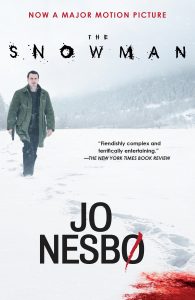 The Snowman by Jo Nesbø

One night, after the first snowfall of the year, a boy named Jonas wakes up and discovers that his mother has disappeared. Only one trace of her remains: a pink scarf, his Christmas gift to her, now worn by the snowman that inexplicably appeared in their yard earlier that day.  Inspector Harry Hole suspects a link between the missing woman and a suspicious letter he’s received. The case deepens when a pattern emerges: over the past decade, eleven women have vanished—all on the day of the first snow. But this is a killer who makes his own rules . . . and he’ll break his pattern just to keep the game interesting, as he draws Harry ever closer into his twisted web. 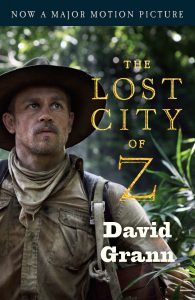 The Lost City of Z by David Grann

In 1925, the legendary British explorer Percy Fawcett ventured into the Amazon jungle, in search of a fabled civilization. He never returned. Over the years countless people perished trying to find evidence of his party and the place he called “The Lost City of Z.” In this masterpiece of narrative nonfiction, journalist David Grann interweaves the spellbinding stories of Fawcett’s quest for “Z” and his own journey into the deadly jungle, as he unravels the greatest exploration mystery of the twentieth century. 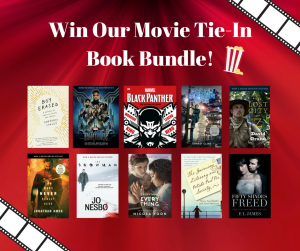 2 Lucky winners will receive their very own movie-tie in book bundle—10 books in all!

NO PURCHASE NECESSARY.
Enter between February 23, 2018 and March 12, 2018.
Open to US residents, 18 or older. Void where prohibited or restricted by law.
See Official Rules for full details.

I Am Woman, Hear Me Read