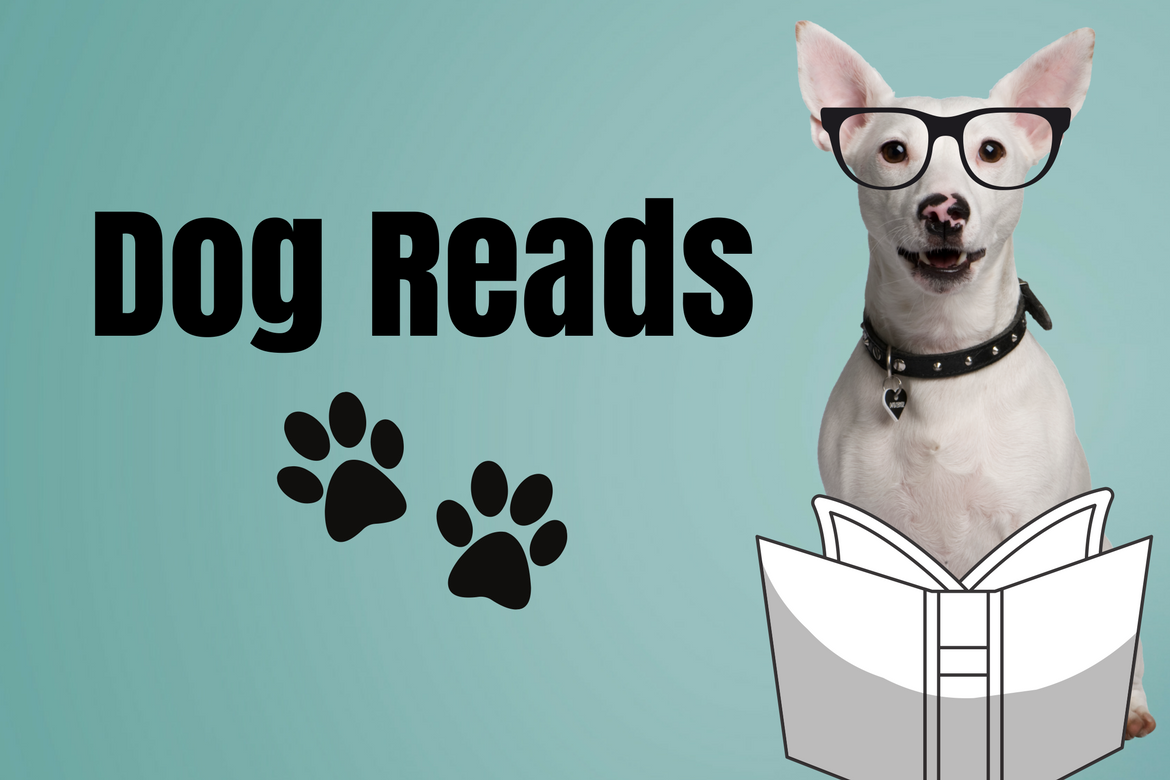 As you may know the Lunar New Year is just around the corner and 2018 is the Year of the Dog. We know that finding a good book can be pretty “ruff” so celebrate with this list of books that we have selected for you sure to please even the most finicky reader. 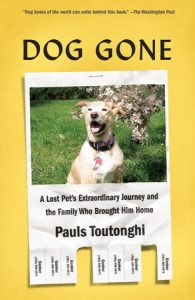 Dog Gone: A Lost Pet’s Extraordinary Journey and the Family Who Brought Him Home by Pauls Toutonghi

The true story of a lost dog’s journey and a family’s furious search to find him before it is too late.

October 10, 1998. Fielding Marshall is hiking on the Appalachian Trail. His beloved dog—a six-year-old golden retriever mix named Gonker—bolts into the woods. Just like that, he’s vanished. And Gonker has Addison’s disease. If he’s not found in twenty-three days, he will die.

Dog Gone is the story of the Marshall family—Fielding and his parents, John and Virginia—and their epic hunt to track down Gonker. As their search continues, covered by news outlets and drawing in the community at large, old wounds reemerge, threatening to undo the Marshalls. Suspenseful, heartbreaking, and ultimately life-affirming, Dog Gone is a true story about the way heroism can assert itself in the little things we do each day. 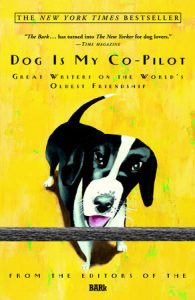 Dog Is My Co-Pilot: Great Writers on the World’s Oldest Friendship by Bark Editors

A heartwarming anthology of essays, short stories, and expert commentaries that explores every aspect of our life with dogs.

The Bark began as a newsletter in Berkeley, California, that advocated for an off-leash area where dogs could cavort and play. Within a few years it had become a full-fledged, award-winning glossy magazine that published work by some of the best writers in America today. And as it grew, the magazine embraced a much larger canvas: to cover the emerging phenomenon of “dog culture” that has been developing over the past decade, as dogs have moved out of the backyard and into our homes, communities, and, indeed, the very center of our lives.

Dog Is My Co-Pilot is divided into four sections: Beginnings explores that first meeting, “the initial murmurings when a dog-human relationship is formed.” Pack investigates the theme of “togetherness” and pays tribute to the dynamic of multiple personalities in the canine-human relationship. Lessons examines what dogs teach us, from love to enlightenment. The final section, Passages, reflects on the themes of true friendship, transformation, and loss. 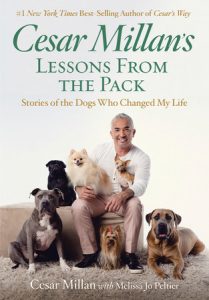 Cesar Millan’s Lessons From the Pack: Stories of the Dogs Who Changed My Life by Cesar Millan

In this inspiring book, best-selling author and “Dog Whisperer” Cesar Millan uses decades of experience to reveal the many ways that dogs and people can enrich each other’s lives.

From his roster of celebrity clients to his reality television series, Cesar Millan is America’s most sought-after dog behavior expert. Now, he reveals the amazing ways that our pets can teach us. In this affecting book, he shares eight heartwarming stories about the dogs that have inspired him the most—and the lessons he’s learned from them about healing and more.

Each chapter, drawing on celebrity and noncelebrity clients alike, spotlights the essential traits that allow these animals to make the best of their situations—from authenticity to acceptance—and reveals how we can embrace these values to enrich our own lives. Sharing never-before-told insights, Cesar imparts a unique blueprint for seeking happiness and fulfillment through canine companionship. 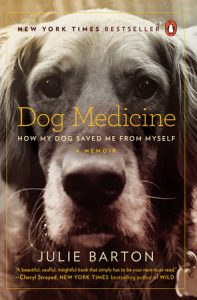 Dog Medicine: How My Dog Saved Me from Myself by Julie Barton

An honest and deeply moving debut memoir about a young woman’s battle with depression and how her dog saved her life.

At twenty-two, Julie Barton collapsed on her kitchen floor in Manhattan. She was one year out of college and severely depressed. Summoned by Julie’s incoherent phone call, her mother raced from Ohio to New York and took her home.

Haunted by troubling childhood memories, Julie continued to sink into suicidal depression. Psychiatrists, therapists, and family tried to intervene, but nothing reached her until the day she decided to do one hopeful thing: adopt a Golden Retriever puppy she named Bunker. Dog Medicine captures the anguish of depression, the slow path to recovery, the beauty of forgiveness, and the astonishing ways animals can help heal even the most broken hearts and minds. 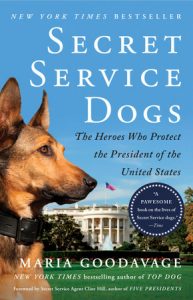 Secret Service Dogs: The Heroes Who Protect the President of the United States by Maria Goodavage

Secret Service Dogs immerses readers into the heart of this elite world of canine teams who protect first families, popes, and presidential candidates: the selection of dogs and handlers, their year-round training, their missions around the world, and, most important, the bond—the glue that holds the teams together and can mean the difference between finding bombs and terrorists or letting them slip by.

A Pack of Fictional Dogs: 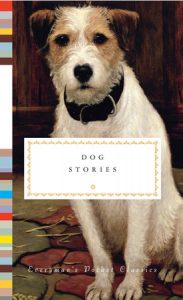 A round up of vivid and colorful stories about man’s best friend by a wide range of great writers, from Mark Twain and Anton Chekhov to Patricia Highsmith and Jonathan Lethem.

Here are stories that touchingly illuminate the dog’s role in the emotional lives of humans, such as Tobias Wolff’s “Her Dog,” in which a widower shares his grief for his wife with her grieving pet. Here, too, are humorous glimpses of the canine point of view, from O. Henry’s tale of a dissatisfied lapdog’s escape to P. G. Wodehouse’s cheerfully naïve watchdog who simply wants everybody to get along. These writers and others—Ray Bradbury, Doris Lessing, Thomas McGuane, Rick Bass, James Salter, and Penelope Lively among them—offer imaginative, lyrical, and empathetic portraits of humanity’s most devoted companion. 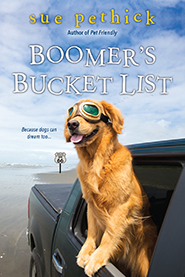 A warm and fuzzy love story about a passionate pet owner, a smitten news man, and an unforgettable dog who steals everybody’s hearts.

When her cuddly canine companion Boomer is diagnosed with a rare heart condition, Jennifer Westbrook decides to take a leave of absence from her busy PR job—and take Boomer on the greatest road trip of his life.

Charting a course from Chicago to California, Jennifer plans some pet-friendly pit stops for her four-legged friend, including a dog show, a fire hydrant museum, and a factory full of squeaky toys. But when she tries to sneak Boomer into a NASCAR press box—disguised as her seeing-eye dog—Jennifer’s cover is blown by a curious, but very cute reporter named Nathan Koslow.

Boomer takes an instant shine to Nathan, unlike the other men in Jennifer’s life. When the charming journalist asks to join them on their journey, she can’t say no. But when she learns that someone has created a website called “Boomer’s Bucket List”—and it’s gone totally viral—the trip takes a wildly unexpected turn for Jennifer, Nathan, and the dog who brought them together. 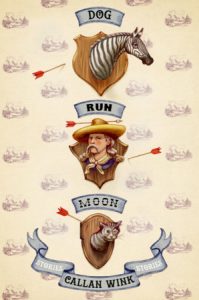 In the tradition of Richard Ford, Annie Proulx, and Kent Haruf, Dog Run Moon is a dazzling story collection by a young writer from the American West.

A construction worker on the run from the shady local businessman whose dog he has stolen; a Custer’s Last Stand reenactor engaged in a long-running affair with the Native American woman who slays him on the battlefield every year; a middle-aged high school janitor caught in a scary dispute over land and cattle with her former stepson: Callan Wink’s characters are often confronted with predicaments few of us can imagine. But thanks to the humor and remarkable empathy of this supremely gifted writer, the nine stories gathered in Dog Run Moon are universally transporting and resonant.

Set mostly in Montana and Wyoming, near the borders of Yellowstone National Park, this revelatory collection combines unforgettable insight into the fierce beauty of the West with a powerful understanding of human beings. 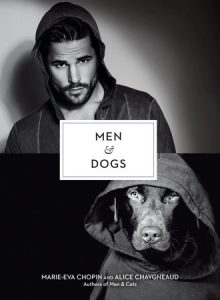 When the world has you down, there’s no better way to instant happiness than handsome men paired with cute puppies. In this new book from the creators of the popular blog Des Hommes et des Chatons, you’ll find an original collection of 100 clever photo match-ups, with a heartthrob human on one page and a pooch in a similar pose or with a similar expression on the next.

Can’t decide between man or man’s best friend? Well, with Men & Dogs, you don’t have to choose. 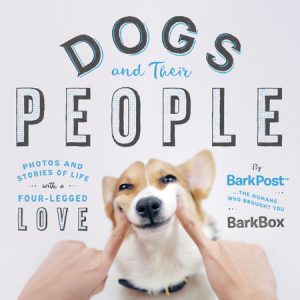 Dogs and their People by BarkPost

From the humans that brought you BarkBox (and BarkPost and BarkShop), a book that spotlights unique and remarkable dogs (and their people).

Finally, Bark & Co. has tapped the humans at BarkPost, the company’s publishing arm, to put into words and photographs the first official BarkBook, capturing the depth, spirit, and power of the extraordinary bond between humans and their pups.

Mostly community-sourced, Dogs and their People is filled with never-before-told anecdotes, stories, photos, and intimate insights. Some features are celebri-dogs while others are just making their debut; some will make your heart ache, while others will make it soar; and others simply look really dapper in color. All bring to life and celebrate the crazy, consuming, insatiable love we feel for the world’s ultimate best friend.

From Books to the Big Screen