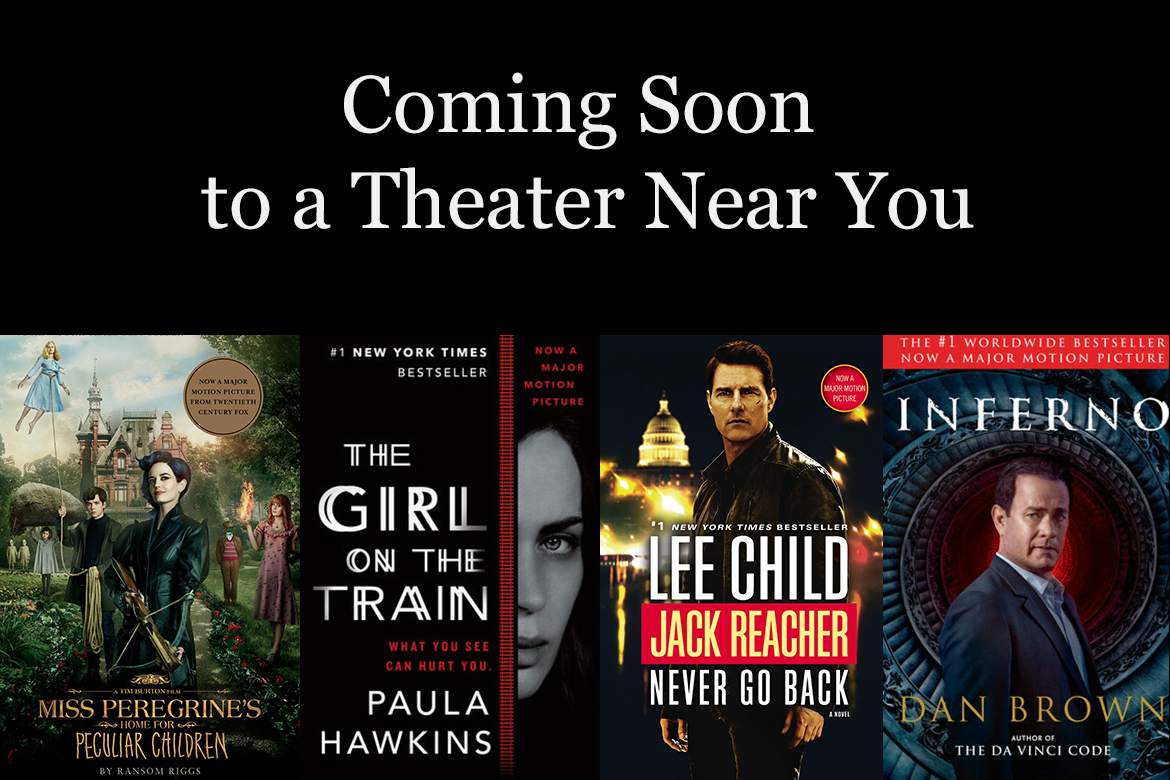 Didn’t get to the movie theaters much this summer because you weren’t too interested in the films being shown? Well, that’s about to change in the coming weeks with the heavily promoted theatrical releases of four highly anticipated films based on highly popular fiction by authors of ours.

October 7: “The Girl on the Train”

Heralded by this Entertainment Weekly magazine cover-story line: “How The Bestselling Book Became This Year’s Most Exciting Thriller,” the 2015 multi-million-copy print, e- and audio phenomenon from Riverhead makes an unusually swift transition from page to screen. This surely signals an enormous want-to-see among its enthralled readers. Emily Blunt plays the title role under the direction of Tate Taylor (The Help).  Author Paula Hawkins gave him her assent to changing the locale of the film narrative from London to Westchester.

Widely enjoyed on multi-platform video and in frequent cable television broadcasts following its successful 2012 run in theaters, the first JACK REACHER film featuring the protagonist of Lee Child’s #1 bestselling Delacorte/Dell novels has led to this second, based on one of the author’s best-reviewed novels. Tom Cruise returns in the title role, this time directed by Edward Zwick, with whom he made The Last Samurai. But will he again share the screen with our author, who was cast in a bit part in the first movie?

Another Tom–Hanks–also returns in a familiar screen role: Robert Langdon, whose code-breaking genius captivated tens of millions of moviegoers and readers in Dan Brown’s previous Doubleday thrillers  THE DA VINCI CODE and ANGELS & DEMONS. Ron Howard is back directing, from a screenplay by David Koepp.  Mr. Brown’s novels are among the most successful books published this century, and the film franchise it inspired has sold more than $1 billion in tickets.

A Word from the Author: Alyson Richman