Dip In to These 8 Summer Reads… 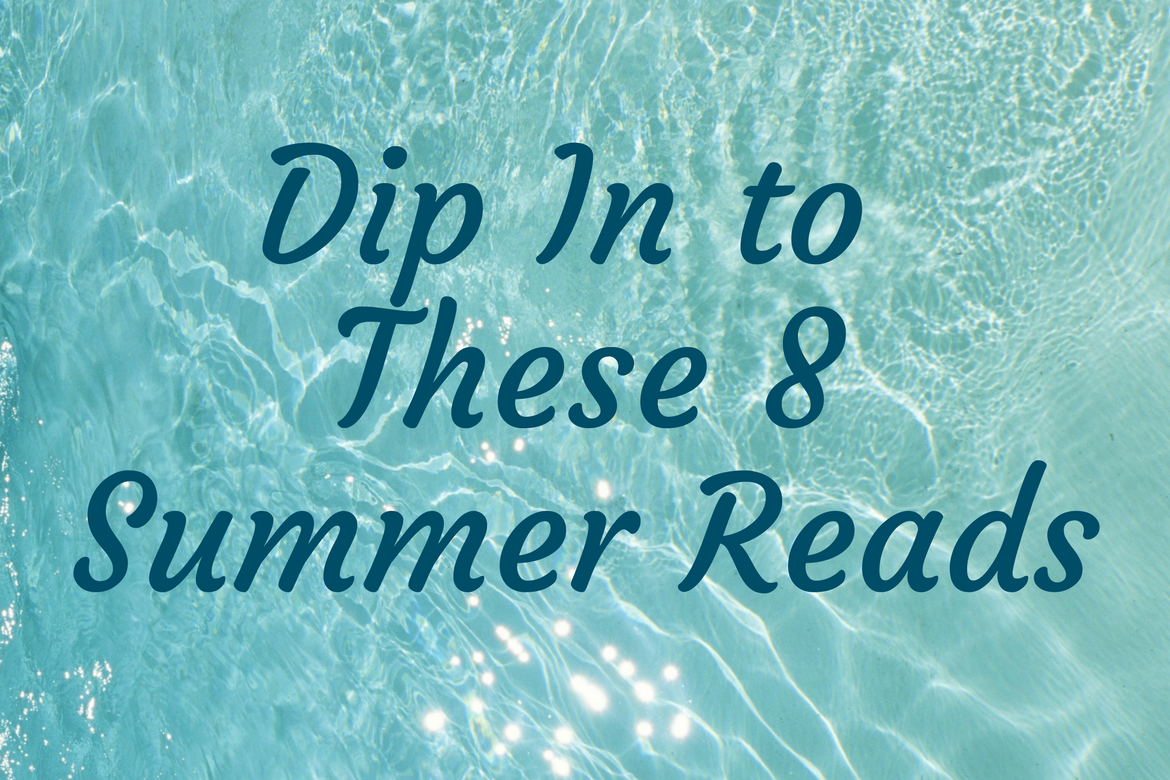 For readers that like to swim deeper, we have collected titles for you to dip into that take you on, near, or in the water, so pack your bathing suit, grab your beach towel, and immerse yourself in these refreshing reads while the sand is still between your toes. 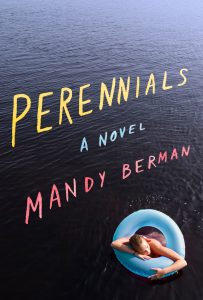 Rachel Rivkin and Fiona Larkin used to treasure their summers together as campers at Camp Marigold. Now, reunited as counselors after their first year of college, their relationship is more complicated. Rebellious Rachel, a street-smart city kid raised by a single mother, has been losing patience with her best friend’s insecurities; Fiona, the middle child of a not-so-perfect suburban family, envies Rachel’s popularity with their campers and fellow counselors. For the first time, the two friends start keeping secrets from each other. Through them, as well as from the perspectives of their fellow counselors, their campers, and their mothers, we witness the tensions of the turbulent summer build to a tragic event, which forces Rachel and Fiona to confront their pasts—and the adults they’re becoming. 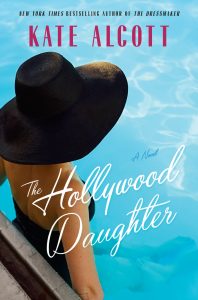 The Hollywood Daughter by Kate Alcott

In 1950, Ingrid Bergman—already a major star after movies like Casablanca and Joan of Arc—has a baby out of wedlock with her Italian lover, film director Roberto Rossellini. Previously held up as an icon of purity, Bergman’s fall shocked her legions of American fans.
Growing up in Hollywood, Jessica Malloy watches as her PR executive father helps make Ingrid a star at Selznick Studio. Over years of fleeting interactions with the actress, Jesse comes to idolize Ingrid, who she considered not only the epitome of elegance and integrity, but also the picture-perfect mother, an area where her own difficult mom falls short.
In a heated era of McCarthyism and extreme censorship, Ingrid’s affair sets off an international scandal that robs seventeen-year-old Jesse of her childhood hero. When the stress placed on Jesse’s father begins to reveal hidden truths about the Malloy family, Jesse’s eyes are opened to the complex realities of life—and love.
Beautifully written and deeply moving, The Hollywood Daughter is an intimate novel of self-discovery that evokes a Hollywood sparkling with glamour and vivid drama.

“[An] affecting coming of age novel…Alcott effectively uses Bergman’s 1950 fall from grace, seen through Jessica’s eyes . . . drawing in readers from the start with smooth writing. Her storytelling skillfully taps into Jessica’s black-and-white adolescent worldview and the distance she maintains from others as an adult, making both real—and surprisingly emotional.” —Publishers Weekly 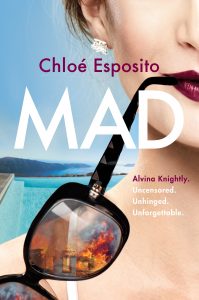 In this compulsively readable debut, set between London and Sicily over one blood-drenched week in the dead of summer, an identical twin reveals the crazy lies and twists she’ll go through to not only steal her sister’s perfect life, but to keep on living it.

Alvie Knightly is a trainwreck whose existence is made even more futile in contrast to that of her identical and perfect twin sister, Beth. So when Beth sends Alvie a first-class plane ticket to visit her in Italy and asks her to swap places for just a few hours so she can go out unnoticed by her husband, Alvie jumps at the chance. But when the night ends with Beth dead at the bottom of a pool, Alvie realizes that this is her chance to change her life and that Beth’s life is not what she thought. What was her sister hiding? Alvie is uncensored, unhinged, and unforgettable. 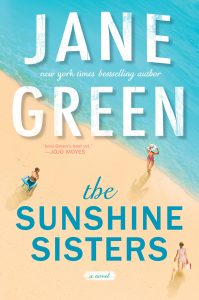 The Sunshine Sisters by Jane Green

Ronni Sunshine left London for Hollywood to become a beautiful, charismatic star of the silver screen. But at home, she was a narcissistic, disinterested mother who alienated her three daughters. As soon as possible, they fled their mother’s overbearing presence.
But now the Sunshine sisters are together again, called home by Ronni, who has learned that she has a serious disease and needs her daughters to fulfill her final wishes. And though Nell, Meredith, and Lizzy have never been close, their mother’s illness draws them together to confront the old jealousies and secret fears that have threatened to tear these sisters apart. As they face the loss of their mother, they will discover if blood might be thicker than water after all.­

­“All women will recognize something of themselves in one of the Sunshine sisters. Jane Green’s best yet. I raced through this.”—Jojo Moyes, New York Times bestselling author of Me Before You and Paris for One and Other Stories 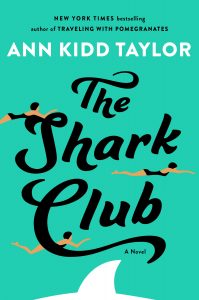 One summer day on the beach in Florida, two extraordinary things happen to Maeve Donnelly. First, she is kissed by Daniel, the boy of her dreams. Then, she is bitten by a blacktip shark.Eighteen years later, Maeve has thrown herself into her work as a world-traveling marine biologist discovering more about the minds of misunderstood sharks. But when Maeve returns home she finds more than just the blood orange sunsets and key lime pies she’s missed waiting for her.While Maeve has always been fearless in the water, on land she is indecisive. A chance meeting on the beach with a plucky, irresistible little girl who is just as fascinated by the ocean as Maeve was growing up leaves her at a crossroads: Should she re-kindle her romance with Daniel, the first love she left behind when she dove into her work? Or indulge in a new romance with her colleague, Nicholas, who turns up in her hometown to investigate an illegal shark-finning operation?
“This one’s a quintessential summer read: It’s based in the Gulf of Mexico so even if you’re only sunning at your local beach, you can still daydream of palm trees and pristine waters.” —Marie Claire 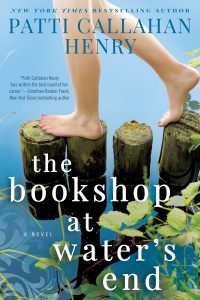 The Bookshop at Water’s End by Patti Callahan Henry

Bonny Blankenship’s most treasured memories are of idyllic summers spent in Watersend, South Carolina, with her best friend, Lainey McKay. Until the night that changed everything, the night that Lainey’s mother disappeared.

Now, in her early fifties, Bonny is desperate to clear her head after a tragic mistake threatens her career as an emergency room doctor, and her marriage crumbles around her. With her troubled teenage daughter, Piper, in tow, she goes back to the beloved river house, where she is soon joined by Lainey and her two young children. During lazy summer days and magical nights, they reunite with bookshop owner Mimi, who is tangled with the past and its mysteries. As the three women cling to a fragile peace, buried secrets and long ago loves return like the tide.

“I adore Patti Callahan Henry’s new novel. The Bookshop at Water’s End is a juicy summer read about family secrets, forgotten friendships and the power of books to change our lives.”—Jane Green, New York Times bestselling author of The Sunshine Sisters 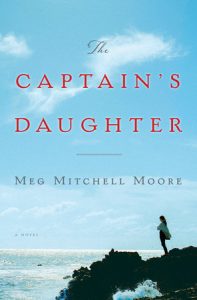 Growing up in Maine, the daughter of a widowed lobsterman, Eliza Barnes could haul a trap and row a skiff with the best of them. But she always knew she’d leave that life behind. Now that she’s married, with two kids and a cushy front-row seat to suburban country club gossip in an affluent Massachusetts town, she feels adrift. When her father injures himself in a boating accident, Eliza pushes the pause button on her own life to come to his aid. But when she arrives in Maine, she discovers her father’s situation is more dire than he let on.
Now that she is back home, Eliza can’t help but wonder what her life would have been like if she’d stayed.
“Meg Mitchell Moore does it again! The Captain’s Daughter is a heartfelt tale of family and love. Absolutely superlative work from one of my own favorite writers.” —Elin Hilderbrand, New York Times bestselling author of The Identicals 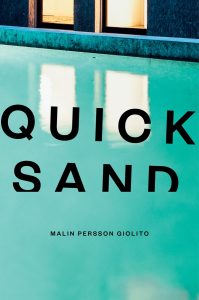 A mass shooting has taken place at a prep school in Stockholm’s wealthiest suburb. Maja Norberg is eighteen years old and on trial for her involvement in the massacre where her boyfriend and best friend were killed. When the novel opens, Maja has spent nine excruciating months in jail awaiting trial.

Now the time has come for her to enter the courtroom. But how did Maja, the good girl next door who was popular and excelled at school, become the most hated teenager in the country? What did Maja do? Or is it what she didn’t do that brought her here?

“This methodical and straightforward plotting, in the tradition of Barbara Vine, may either tantalize or frustrate American readers used to a crackling pace and a surfeit of twists. Nevertheless, Gioloto’s novel is haunting and immersive.” —Publisher’s Weekly

Channel Your Inner Marie Kondo and Get Organized