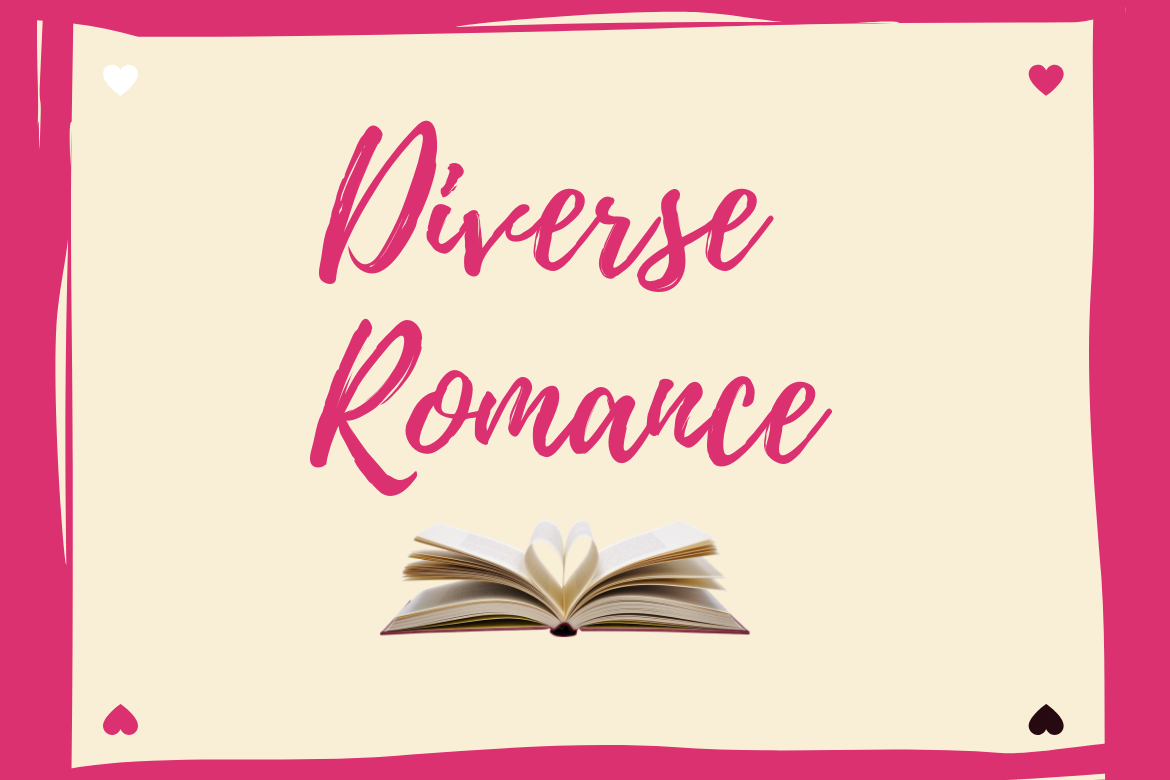 Longing for your next romantic read? Expand your reading repertoire with these new and upcoming diverse love stories that are guaranteed to make you blush! 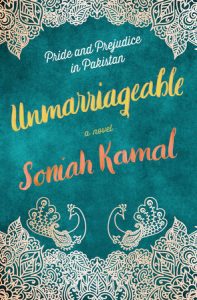 Told with wry wit and colorful prose, Unmarriageable is a charming update on Jane Austen’s beloved novel and an exhilarating exploration of love, marriage, class, and sisterhood—in Pakistan.

Alys Binat has sworn never to marry—until an encounter with one Mr. Darsee at a wedding makes her reconsider.

A scandal and vicious rumor concerning the Binat family have destroyed their fortune and prospects for desirable marriages, but Alys, the second and most practical of the five Binat daughters, has found happiness teaching English literature to schoolgirls. Knowing that many of her students won’t make it to graduation before dropping out to marry and have children, Alys teaches them about Jane Austen and her other literary heroes and hopes to inspire the girls to dream of more 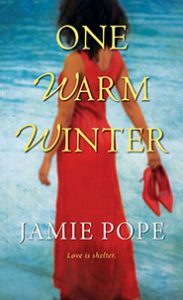 One Warm Winter by Jamie Pope

Adopted as a child by a tech billionaire, Wynter Bates knows nothing about her origins—or the world beyond being privileged, sheltered, and lonely. But she won’t let anything stop her from investigating who she is. Especially after a high-profile scandal involving her father’s past lands her on an island retreat under bodyguard Cullen Whelan’s protection—in the guise of being his girlfriend.

A former military intelligence officer, Cullen figures protecting a pampered heiress will be easy. Posing as a couple is the safest strategy—until Wyn’s persistence and vulnerability spark his curiosity—and a reckless attraction neither can afford. More complicated, what Cullen knows about her past is a truth he can’t tell. But as they get closer, wrenching revelations will force them to decide what to trust, who to forgive, and whether their growing love is enough to risk a future together. 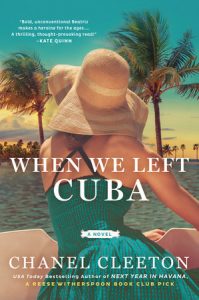 When We Left Cuba by Chanel Cleeton

In 1960s Florida, a young Cuban exile will risk her life—and heart—to take back her country in this exhilarating historical novel from the author of Next Year in Havana, a Reese Witherspoon Book Club pick.

The Cuban Revolution took everything from sugar heiress Beatriz Perez—her family, her people, her country. Recruited by the CIA to infiltrate Fidel Castro’s inner circle and pulled into the dangerous world of espionage, Beatriz is consumed by her quest for revenge and her desire to reclaim the life she lost.

As the Cold War swells like a hurricane over the shores of the Florida Strait, Beatriz is caught between the clash of Cuban American politics and the perils of a forbidden affair with a powerful man driven by ambitions of his own. When the ever-changing tides of history threaten everything she has fought for, she must make a choice between her past and future—but the wrong move could cost Beatriz everything–not just the island she loves, but also the man who has stolen her heart. 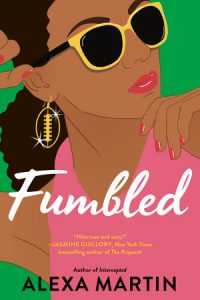 A second chance doesn’t guarantee a touchdown in this new contemporary romance from the author of Intercepted.

Single-mother Poppy Patterson moved across the country when she was sixteen and pregnant to find a new normal. After years of hard work, she’s built a life she loves. It may include a job at a nightclub, weekend soccer games, and more stretch marks than she anticipated, but it’s all hers, and nobody can take that away. Well, except for one person.

T.K. Moore, the starting wide receiver for the Denver Mustangs, dreamt his entire life about being in the NFL. His world is football, parties, and women. Maybe at one point he thought his future would play out with his high school sweetheart by his side, but Poppy is long gone and he’s moved on.

When Poppy and TK cross paths in the most unlikely of places, emotions they’ve suppressed for years come rushing back. But with all the secrets they never told each other lying between them, they’ll need more than a dating playbook to help them navigate their relationship. 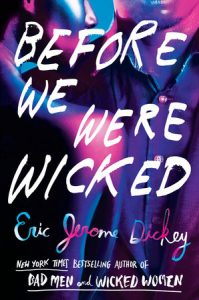 Before We Were Wicked by Eric Jerome Dickey

They say the love of money is the root of all evil, but for Ken Swift, it’s the love of a woman.

Ken is twenty-one, hurting people for cash to try to pay his way through college, when he lays eyes on Jimi Lee, the woman who will change the course of his entire life. What’s meant to be a one-night stand with the Harvard-bound beauty turns into an explosion of sexual chemistry that neither can quit. And when Jimi Lee becomes pregnant, their two very different worlds collide in ways they never could have anticipated. 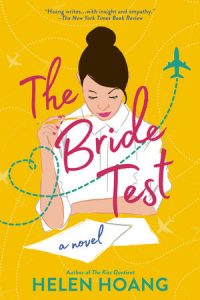 The Bride Test by Helen Hoang

From the critically acclaimed author of The Kiss Quotient comes a romantic novel about love that crosses international borders and all boundaries of the heart.

Khai Diep has no feelings. Well, he feels irritation when people move his things or contentment when ledgers balance down to the penny, but not big, important emotions—like grief. And love. He thinks he’s defective. His family knows better—that his autism means he just processes emotions differently. When he steadfastly avoids relationships, his mother takes matters into her own hands and returns to Vietnam to find him the perfect bride.

As a mixed-race girl living in the slums of Ho Chi Minh City, Esme Tran has always felt out of place. When the opportunity arises to come to America and meet a potential husband, she can’t turn it down, thinking this could be the break her family needs. Seducing Khai, however, doesn’t go as planned. Esme’s lessons in love seem to be working . . . but only on herself. She’s hopelessly smitten with a man who’s convinced he can never return her affection.

With Esme’s time in the United States dwindling, Khai is forced to understand he’s been wrong all along. And there’s more than one way to love. 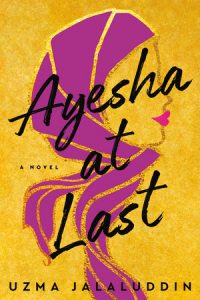 Ayesha at Last by Uzma Jalaluddin

A modern-day Muslim Pride and Prejudice for a new generation of love.

Ayesha Shamsi has a lot going on. Her dreams of being a poet have been set aside for a teaching job so she can pay off her debts to her wealthy uncle. She lives with her boisterous Muslim family and is always being reminded that her flighty younger cousin, Hafsa, is close to rejecting her one hundredth marriage proposal. Though Ayesha is lonely, she doesn’t want an arranged marriage. Then she meets Khalid, who is just as smart and handsome as he is conservative and judgmental. She is irritatingly attracted to someone who looks down on her choices and who dresses like he belongs in the seventh century. 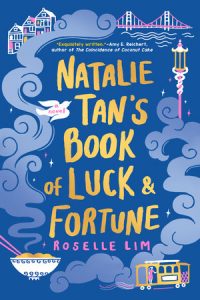 Natalie Tan’s Book of Luck and Fortune by Roselle Lim

Lush and visual, chock-full of delicious recipes, Roselle Lim’s magical debut novel is about food, heritage, and finding family in the most unexpected places.

At the news of her mother’s death, Natalie Tan returns home. The two women hadn’t spoken since Natalie left in anger seven years ago, when her mother refused to support her chosen career as a chef. Natalie is shocked to discover the vibrant neighborhood of San Francisco’s Chinatown that she remembers from her childhood is fading, with businesses failing and families moving out. She’s even more surprised to learn she has inherited her grandmother’s restaurant.

The neighborhood seer reads the restaurant’s fortune in the leaves: Natalie must cook three recipes from her grandmother’s cookbook to aid her struggling neighbors before the restaurant will succeed. Unfortunately, Natalie has no desire to help them try to turn things around—she resents the local shopkeepers for leaving her alone to take care of her agoraphobic mother when she was growing up. But with the support of a surprising new friend and a budding romance, Natalie starts to realize that maybe her neighbors really have been there for her all along. 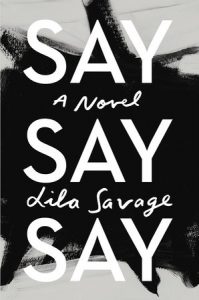 A beautiful, bracingly honest debut novel about the triangle formed between a young woman and the couple whose life she enters one transformative year.

Ella is nearing thirty, and not yet living the life she imagined. Her artistic ambitions as a student in Minnesota have given way to an unintended career in caregiving. One spring, Bryn—a retired carpenter—hires her to help him care for Jill, his wife of many years. A car accident caused a brain injury that has left Jill verbally diminished; she moves about the house like a ghost of her former self, often able to utter, like an incantation, only the words that comprise this novel’s title.

As Ella is drawn ever deeper into the couple’s household, her presence unwanted but wholly necessary, she is profoundly moved by the tenderness Bryn shows toward the wife he still fiercely loves. Ella is startled by the yearning this awakens in her, one that complicates her feelings for her girlfriend, Alix, and causes her to look at relationships of all kinds–between partners, between employer and employee, and above all between men and women—in new ways. 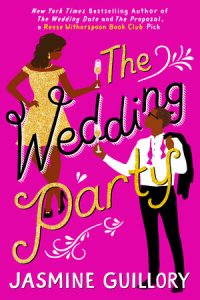 The Wedding Party by Jasmine Guillory

Maddie and Theo have two things in common:

After an “oops, we made a mistake” night together, neither one can stop thinking about the other. With Alexa’s wedding rapidly approaching, Maddie and Theo both share bridal party responsibilities that require more interaction with each other than they’re comfortable with. Underneath the sharp barbs they toss at each other is a simmering attraction that won’t fade. It builds until they find themselves sneaking off together to release some tension when Alexa isn’t looking, agreeing they would end it once the wedding is over. When it’s suddenly pushed up and they only have a few months left of secret rendezvouses, they find themselves regretting that the end is near. Two people this different can’t possibly have a connection other than the purely physical, right?